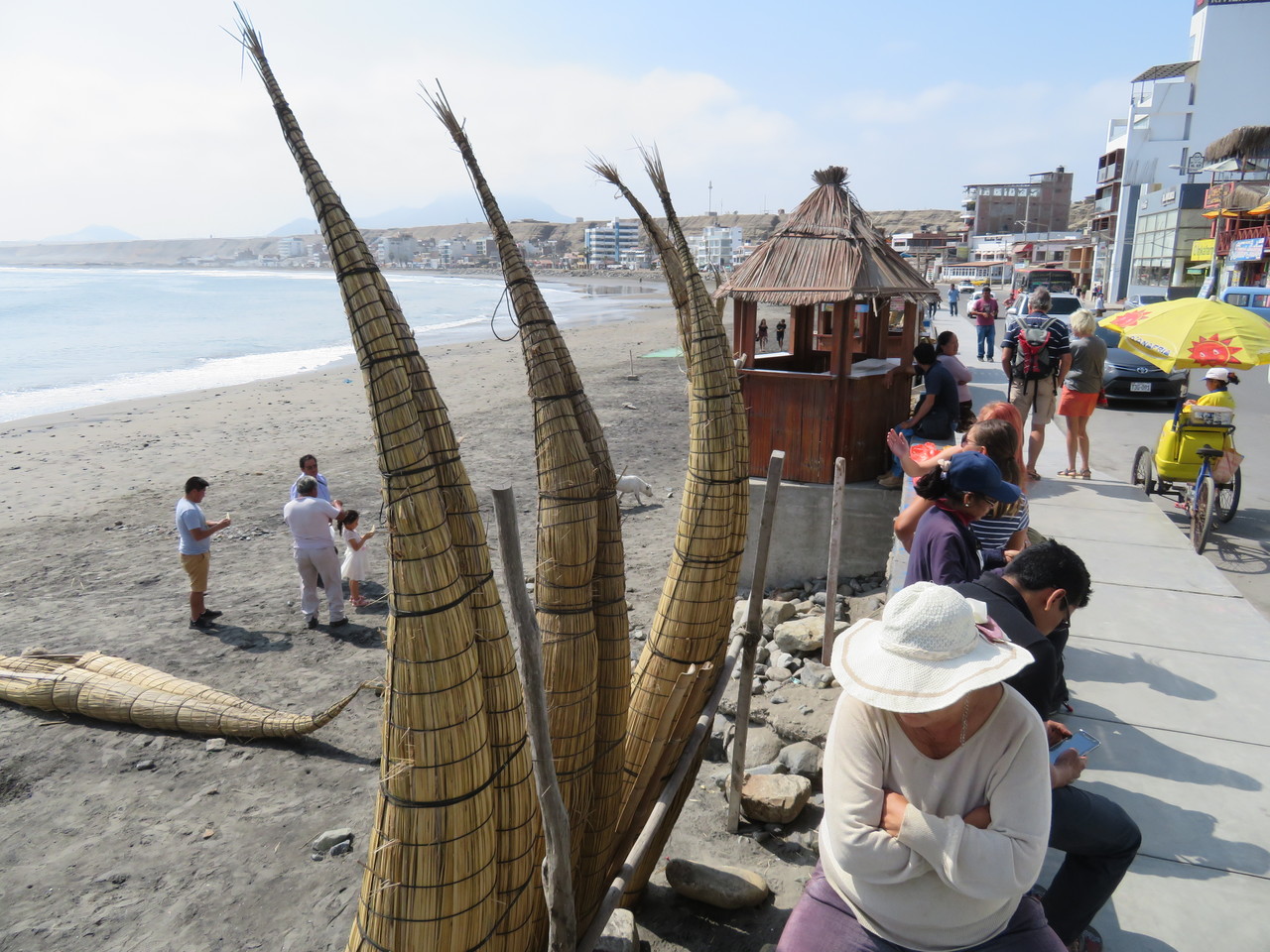 I was well rested after having slept soundly and only waking briefly during an earthquake with its epicenter in Lima about 350 miles away. My only indication was a rumbling and then the slight movement of my bed. The quake felt more like a dream due to my fatigue, and I soon went back into   a deep sleep.

The local forecast called for early morning rain, and by 11 the sky had cleared clouds were scattered and the sun was shining overhead. At this time in Trujillo, security guards were pacing at the store fronts of banks, check cashers, and pharmacies. I acted swiftly to achieve my goal of getting to the center of the old town without any guard-related issues. 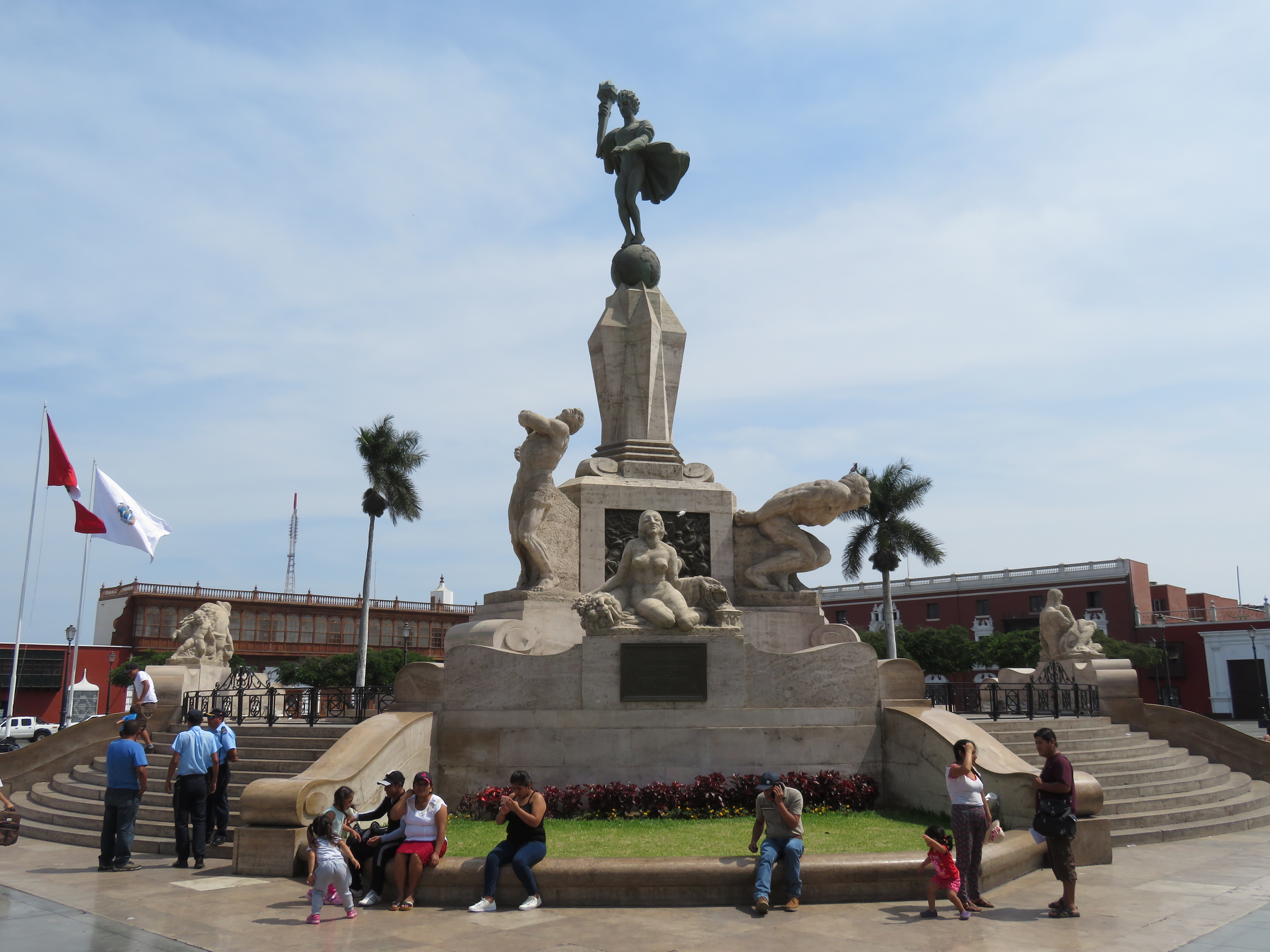 I’ve always enjoyed the layout of Spain’s colonial towns. There is always a square with a main monument or a church that serves as the center. Surrounding it are a tight grid of homes and businesses that extend about four blocks in each direction. A range of colors highlight this grid: soft pastels of pink, blue, yellow, and green with an occasional smaller church or market that breaks up the color scheme and the styles of the homes.

These days, you will find that may of those old buildings have been renovated into boutique hotels or shops selling artisanal goods or snacks. Tourists and their families are usually in the main square and eating ice cream, playing with siblings and parents, and walking pets. If you’re a people person or watcher, you will find the most people at the market place. 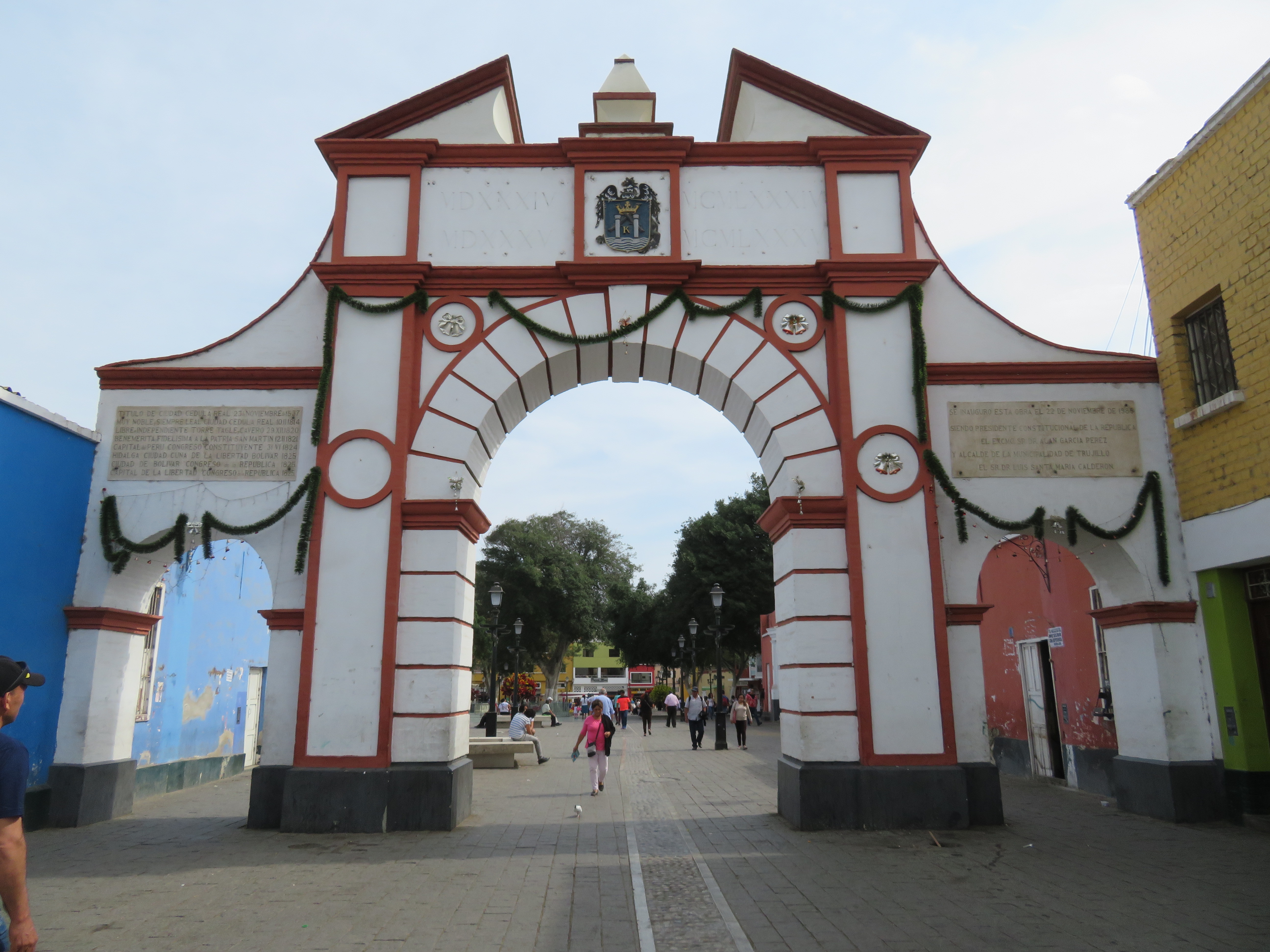 Usually, you can find the locals at a secondary square. Old men meet and sit on benches under the broadest shade tree in the square. However, this area is typically not as well kept up as the main square. Businesses sell knock- offs as well as beverages and snacks. Kids are running around with their parents nearby. Other couples are not shy about showing their affection for each other.

In the background an MC calls potential customers into either an electronics or clothing store with the thump of reggaeton background music. 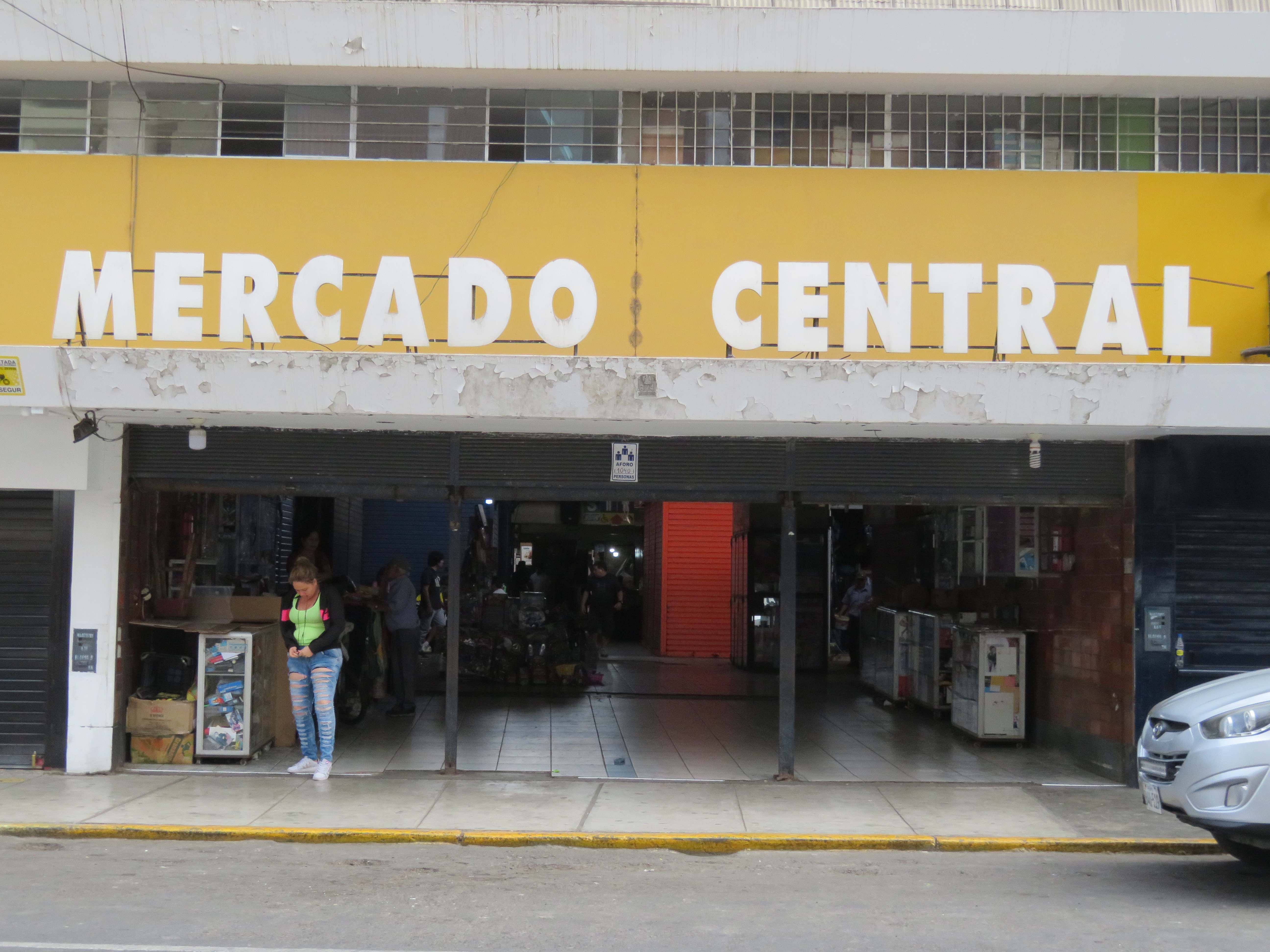 Moving in to another area, you will find mostly women in cooking in a makeshift kitchen and a dining area making local meals with loved ones either working with them or popping in and out to say “hola” or drop off supplies.

Workers come for a meal before heading to work or stop to get lunch later in the day. A mix of tourists shuffles in to town and goes from stall to stall looking for the cook who was highly recommended on a variety of foodie sites, and this is an opportunity to take photos with the locals or practice their Spanish. 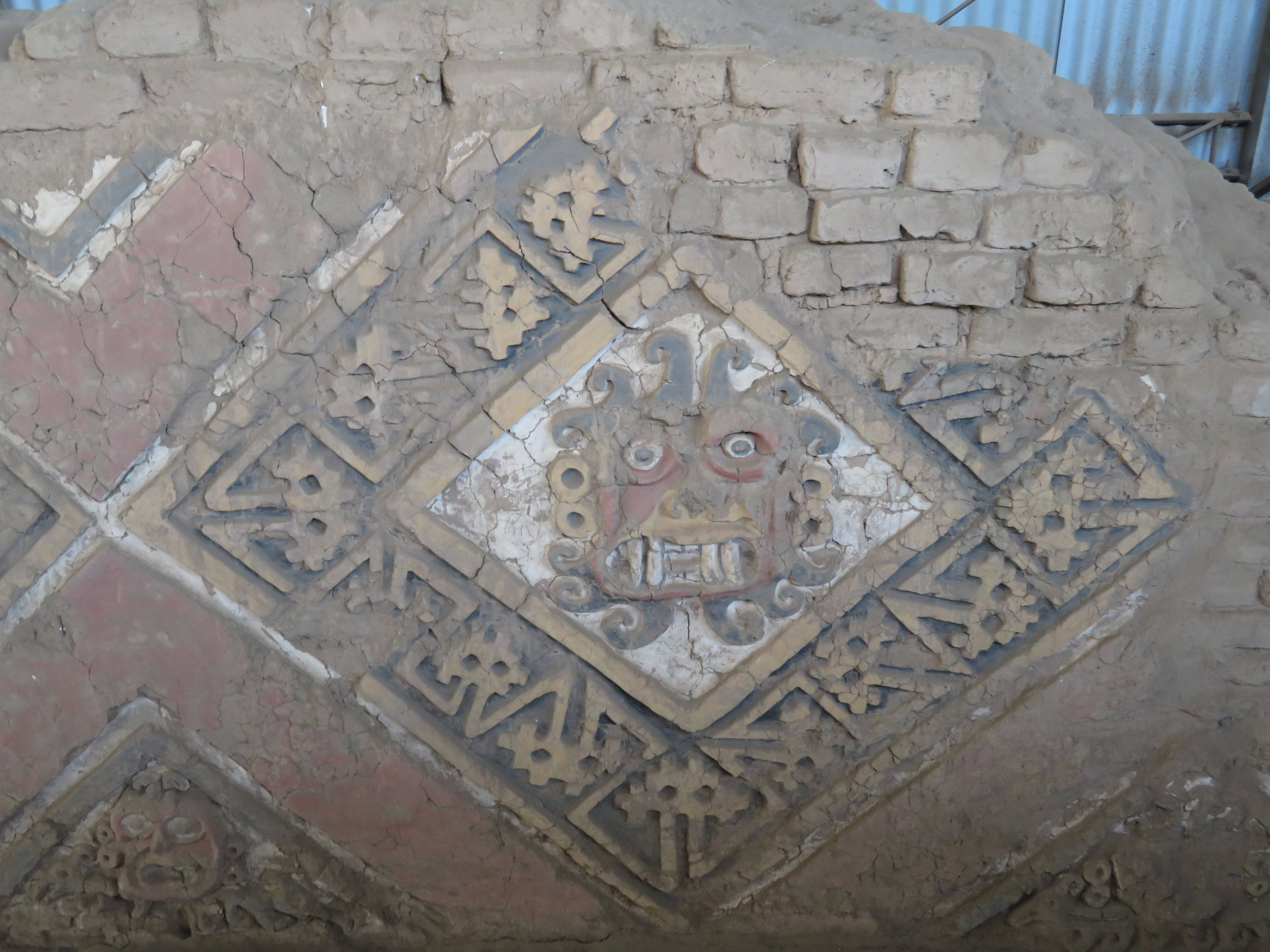 Lima and a trek to Manchu Picchu are the usual itinerary points for most travelers. This being my second trip to Peru and being a fan of Pre-Colombian history, I wanted to know more and so I decided on a different direction. Being interested in Chan made my trip to Trujillo an easy choice. I had long wanted to explore the ancient city that was eventually conquered by the Incan Emperor Topa Inca Yupanqui. (c. 1441 – c. 1493)

The design of the city is interesting. Adobe mounds, and geometric patterns are all over the city. Different patterns indicate different purposes or intents. As you navigate the ancient city, it begins to feel like a maze with open court yards placed strategically within its limits. 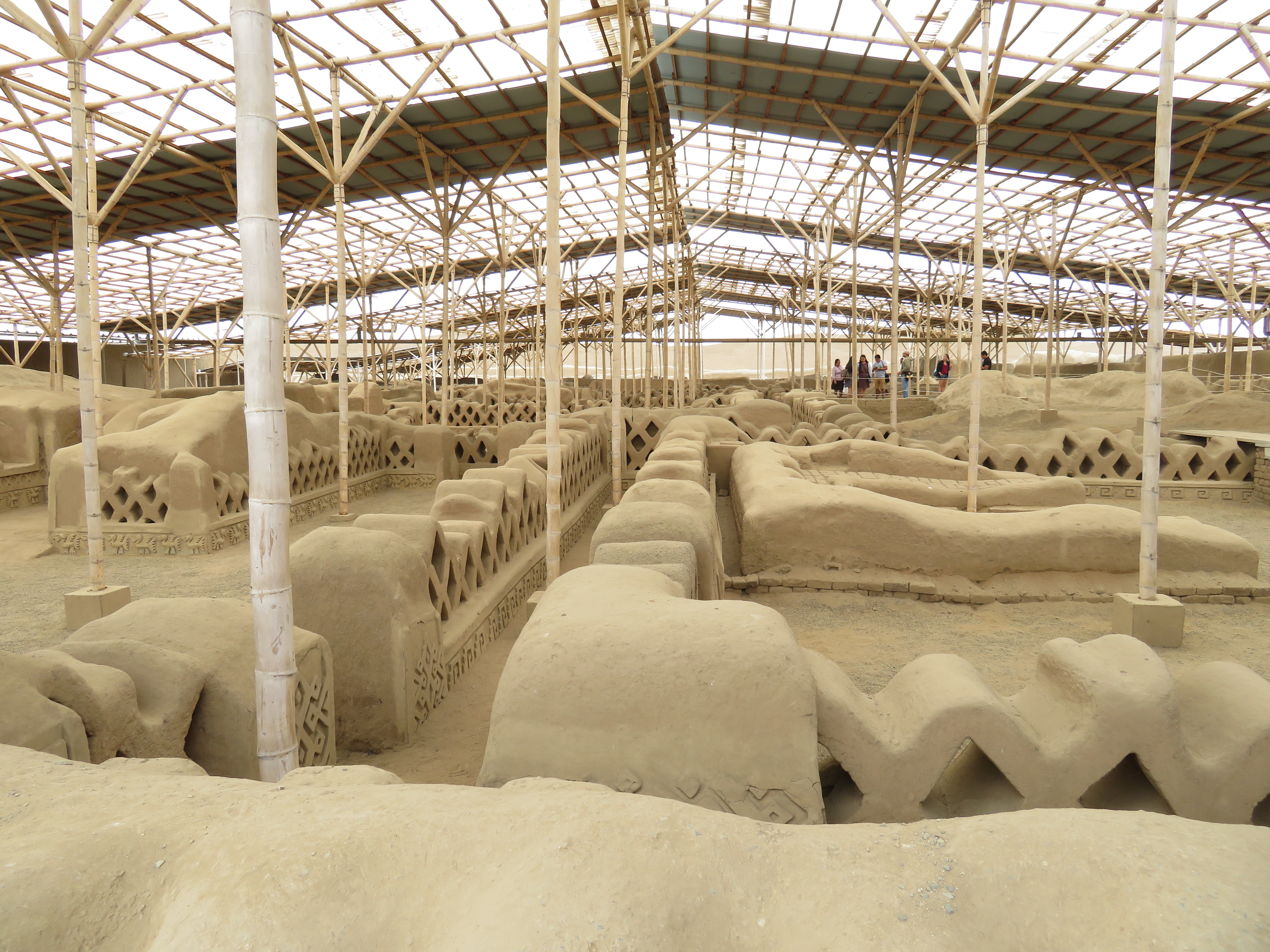 Our guide told us to notice the seagulls circling over head as this indicated that we were close to water one of the main reasons why the city was built here. Its aqueduct system pulls from the area once irrigating the long-gone crops in the region. It is always important to remember that the way the city looks like today differs from its history.

Using my imagination, I went into the past to imagine how the ancient Chimu lived their daily lives as either the common people or the higher classes. Soon, the sun started rose above us and started baking us, as just another reminder that we were no longer in a fertile area but in a desert. 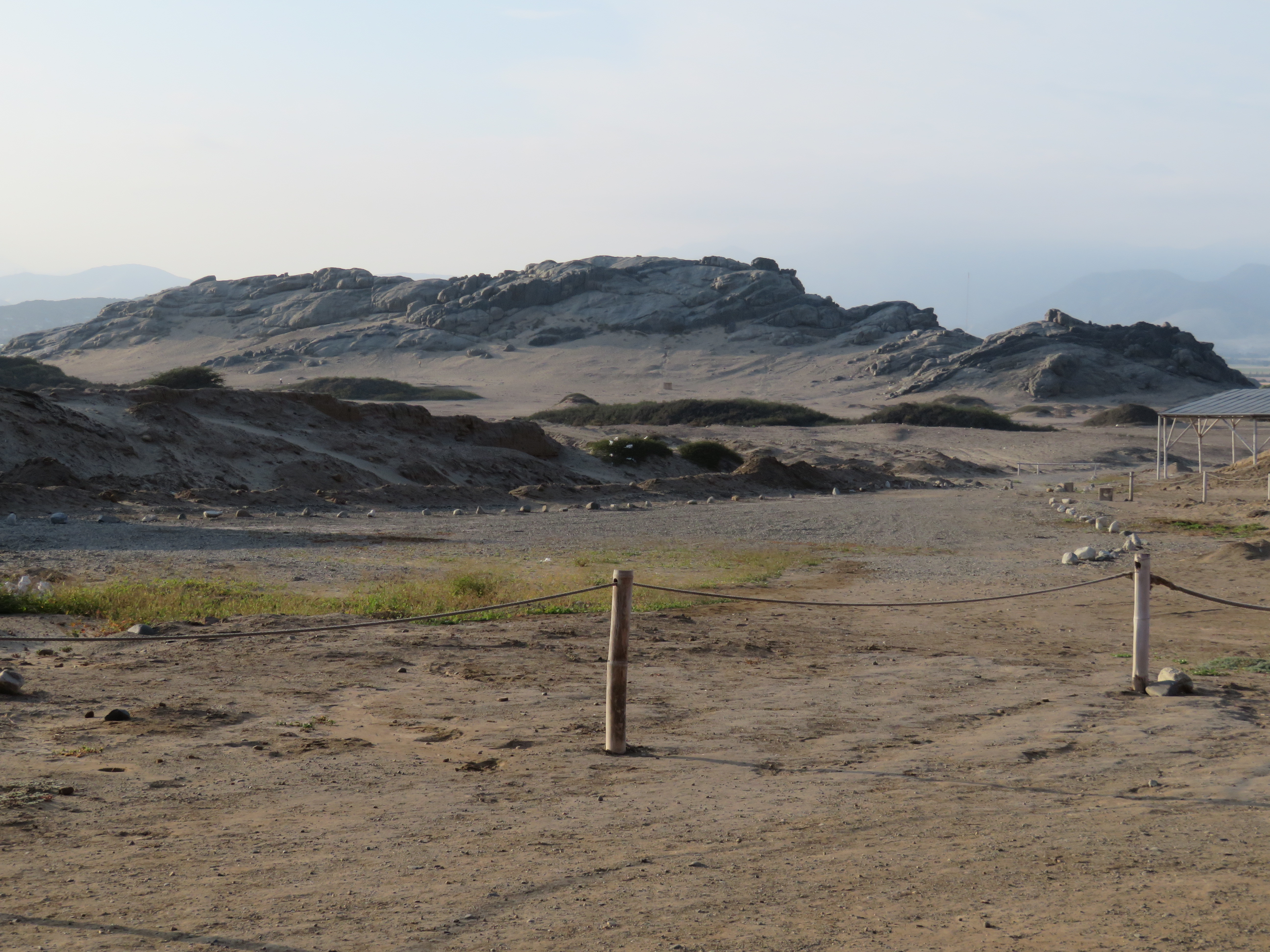 We departed for Huanchaco, a quiet little beach town where boats are made out of reeds and dot its coast. After a brief drive through the town we split up which gave me the opportunity to have a beer and watch the waves. 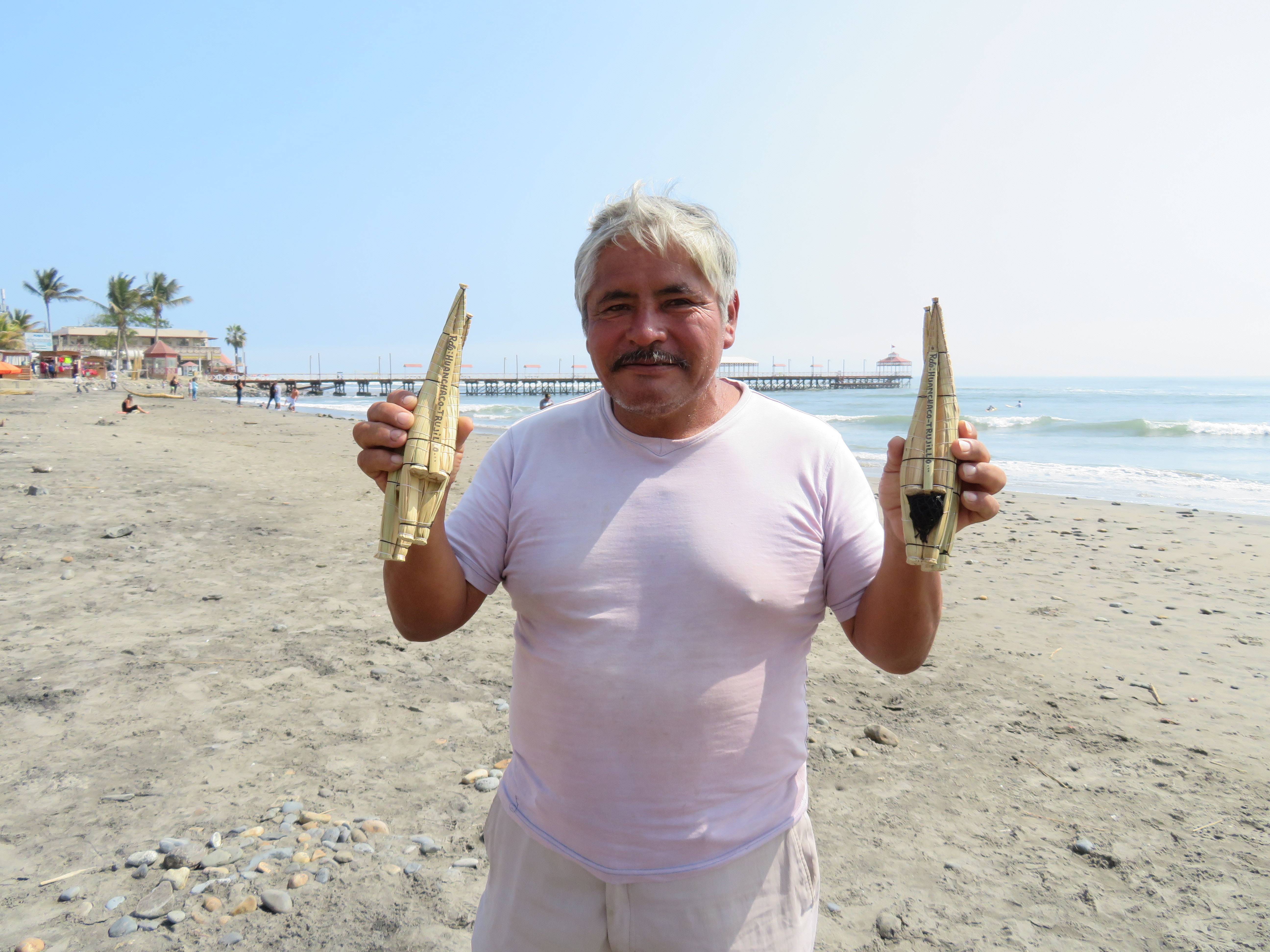 Peruvians are some of the friendliest peoples in Latin America. Often, I found myself laughing and joking with complete strangers over mundane topics and wishing I had more time to chat. In the background, people laid on the sand while getting a tan or jumped back into the water to enjoy a respite from the warm sun. 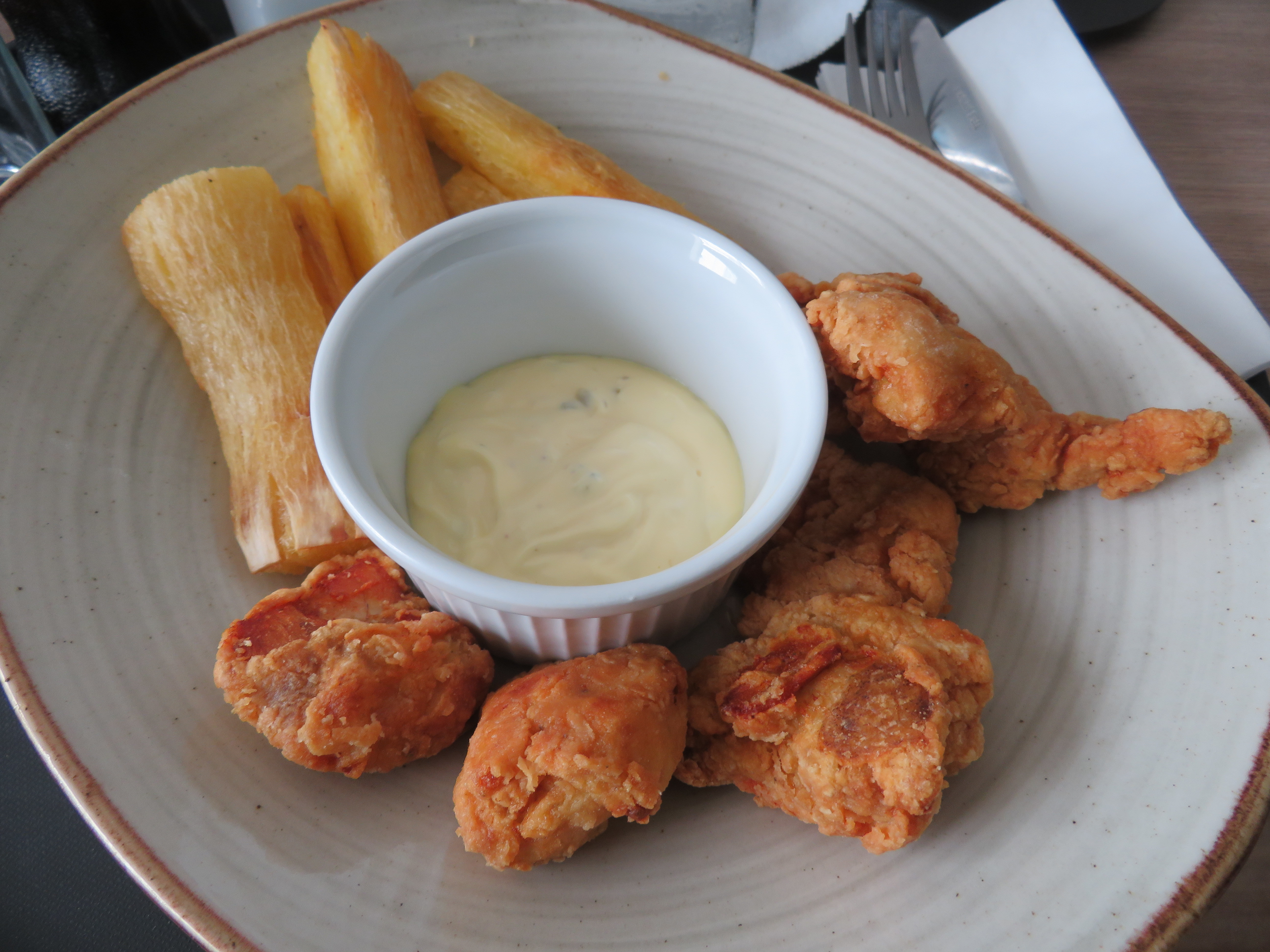 Some of the best chefs from South America are Peruvians. The foodie culture is a strong reason to visit. Every chef seemed like a four-star chef and meals as simple as a hamburger were changed into gourmet dishes. Y, with Yuca fries instead of potatoes. Meats were leaner and had a unique taste that I have never experienced in the United States. The bread was Pan Chapata, which comes from the Inca times and Pan de Yema which is sweet and a meal of its own. Both had me craving meals and going to the local market to pick up the spices that could only be found there.

My pockets soon became a Peruvian spice rack. Huacatay (Peruvian black mint), paico (herb), and my favorite aji panca (chile pepper) which I added to everything from my potato chips to shambar (a soup made with wheat, pulses, pork skin, and ham). 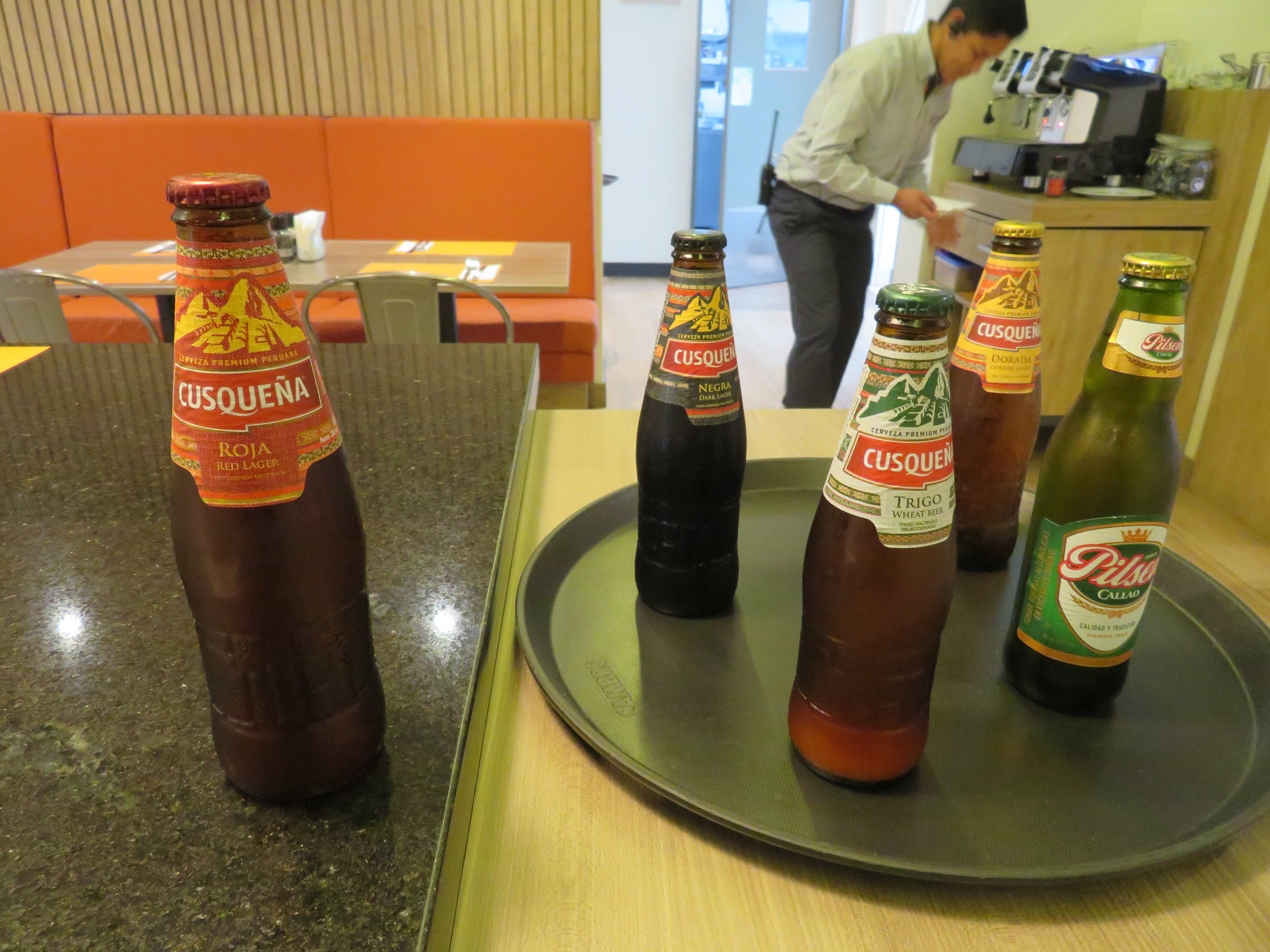 Each meal started with a selection of Cusquena beer followed by my meal. A small amount of pisco would be used as a chaser and a reminder of which country has the best Chile or Peru.

“What haven’t I tried yet?” I would often ask the chef, soon forming a fun repertoire concluding with my excitement of savoring each meal. “Hmm esto” as he selected items or recommended something off the menu to see if I would like it. 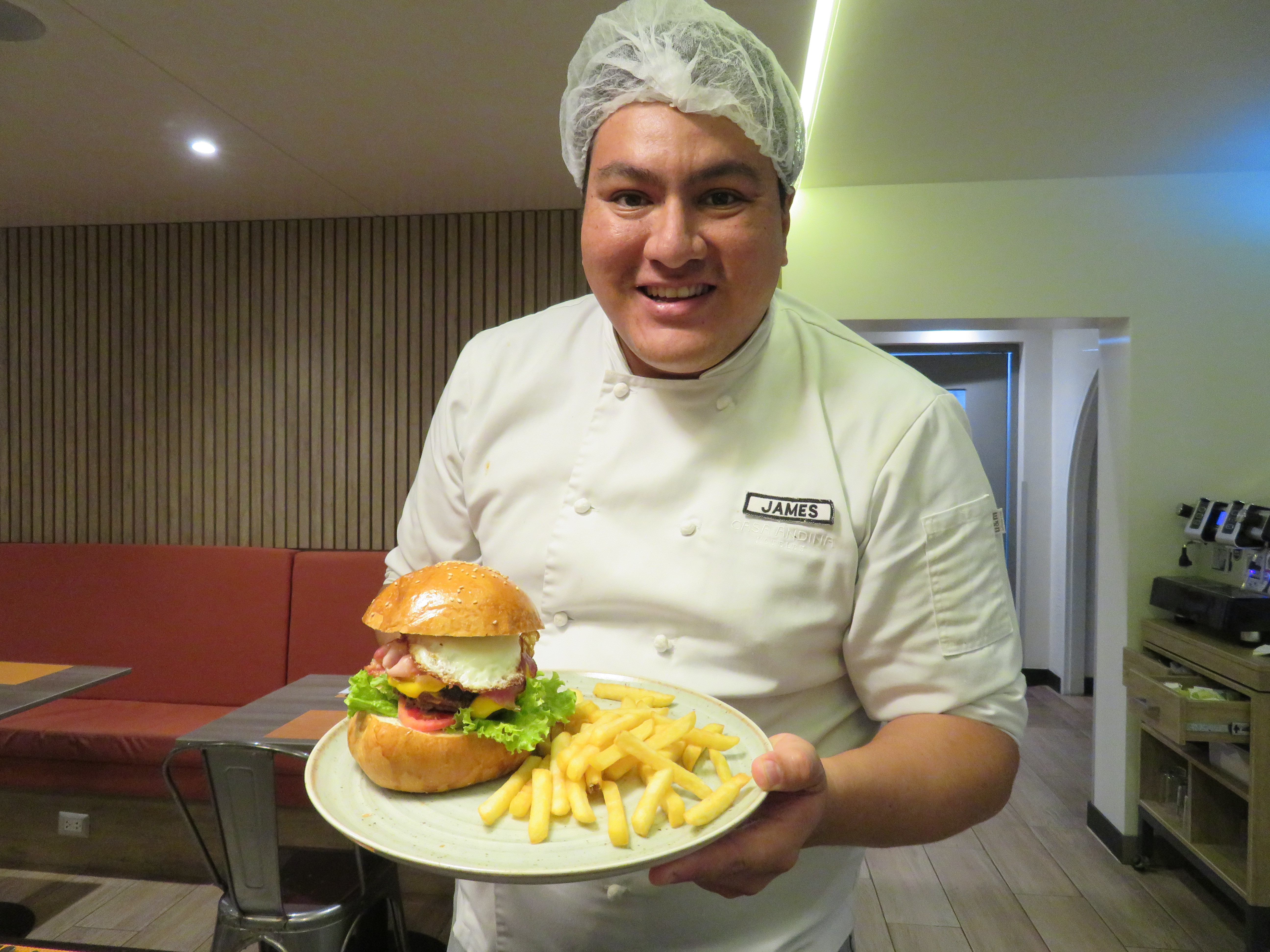 I went to bed early, without every have felt unsafe in Trujillo. Pre-breakfast, I walked around the old square and waited for the sun to come up. I had begun to feel that I had thoroughly explored the area and felt relaxed truly relaxed as the details in the palm trees started to fill in with the morning sun. 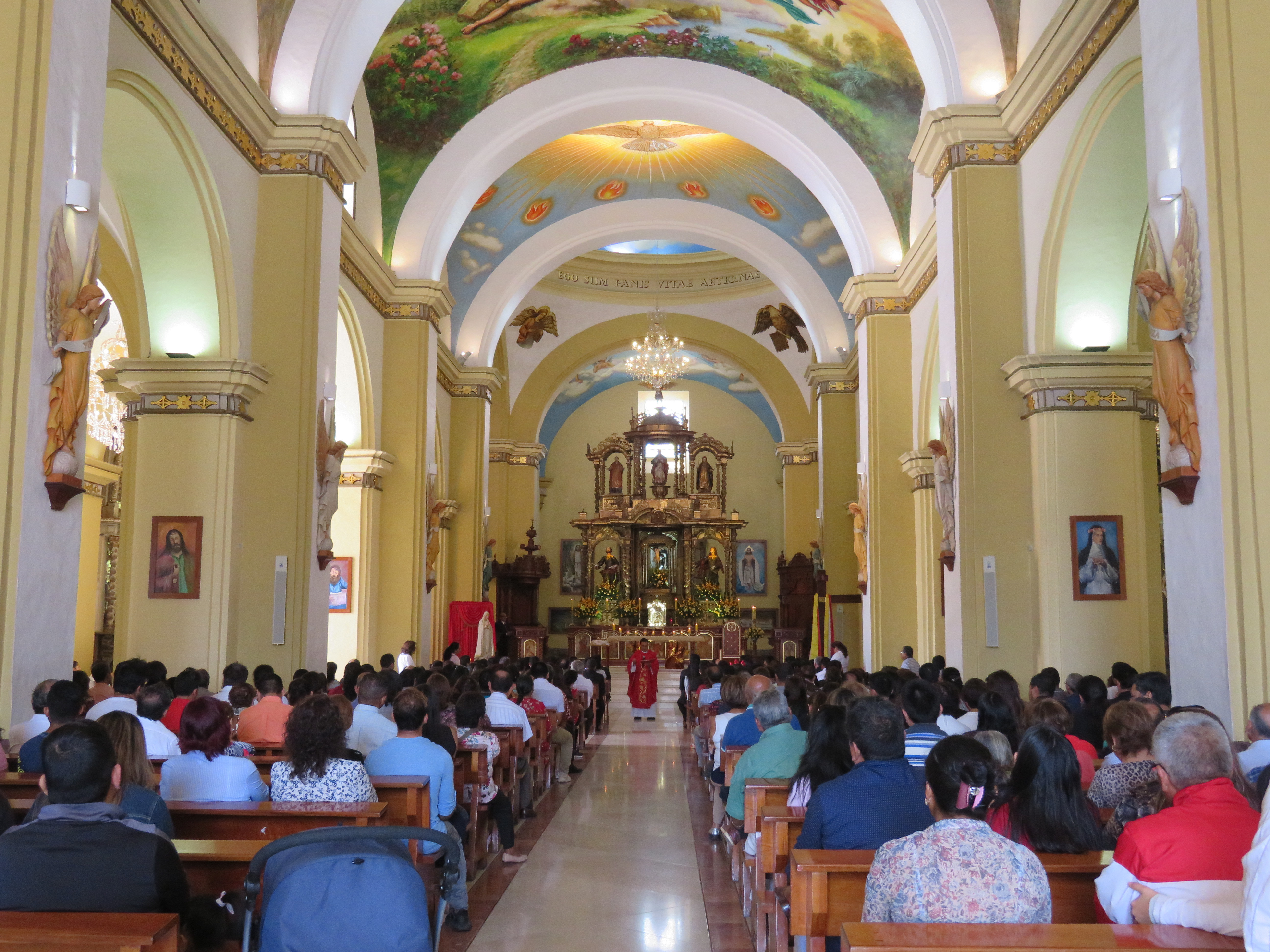 My last few days in a city/town are usually leisurely as I explore areas that I never had a chance to see or simply walk in a random directions to see what is elsewhere. Now finding myself with extra time, I attended masses, enjoyed a concert, and discussed the influx of people from near by countries as well as the political climate at that time.

I began to take afternoon naps and woke up only a few hours later. My late nights, walking the streets back to the little squares that dot the periphery of the gridded colonial area will sometimes yield a single old woman or man making meals for only a few dollars. Another late night out for simply drinking beer and doing nothing. 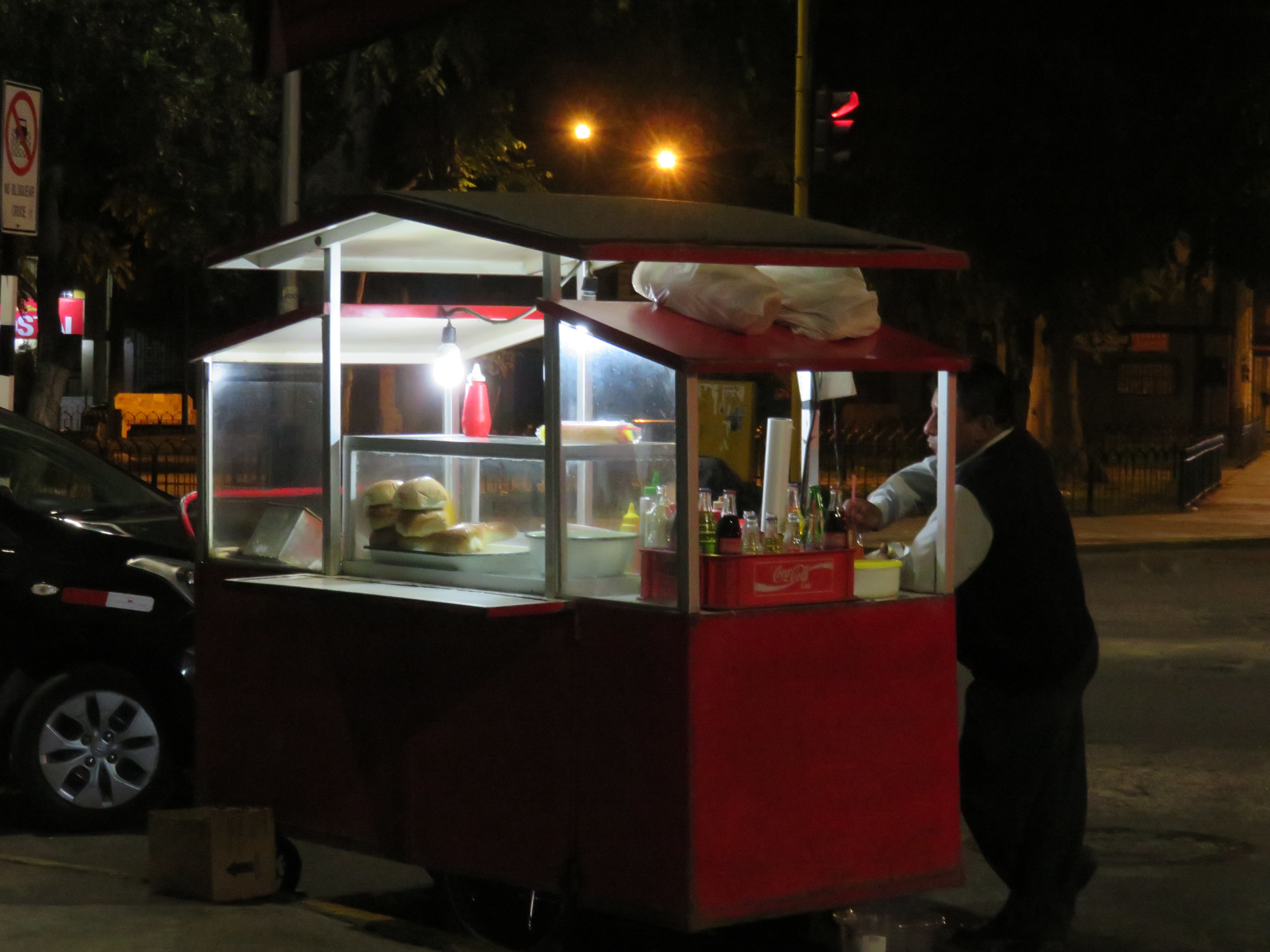 I could hear my friend’s voice, in the back of my mind, telling me not to try street food, but after a second glance, I did it anyway by picking up a burger, fries, and Coke from vendor as I ate and walked the final few blocks back to my hotel, all the while and unbeknownst to me, with a tiny drop of ketchup on my shirt from the meal.

That is how I remember Trujillo.

I enjoyed being in Peru. It was easy to slip into it’s relaxing environment and do nothing as an afternoon activity. It’s history and culture are reminders that Peru is only not about the Incan Empire but about a people who make it effortless to feel like you belong there. 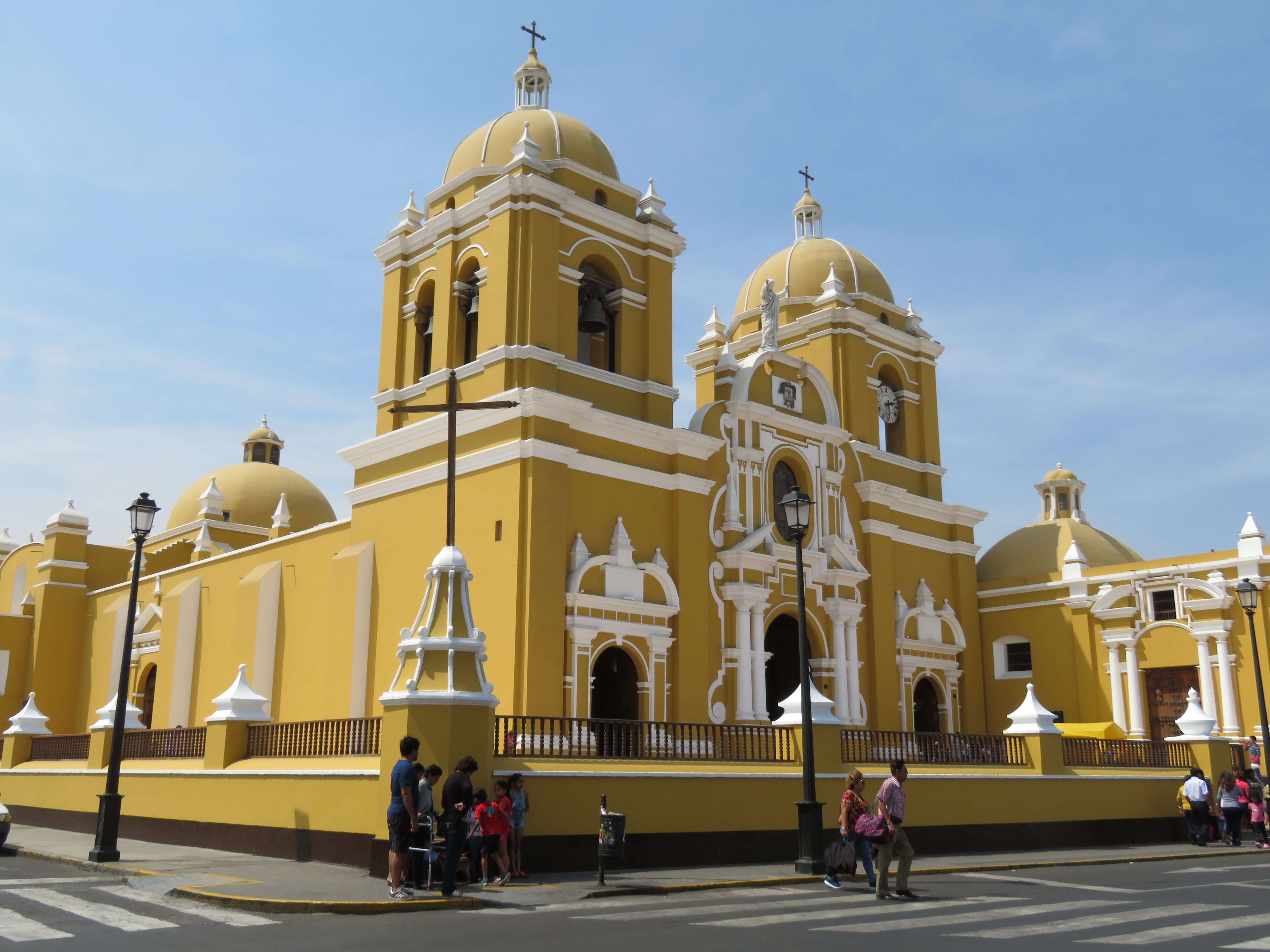 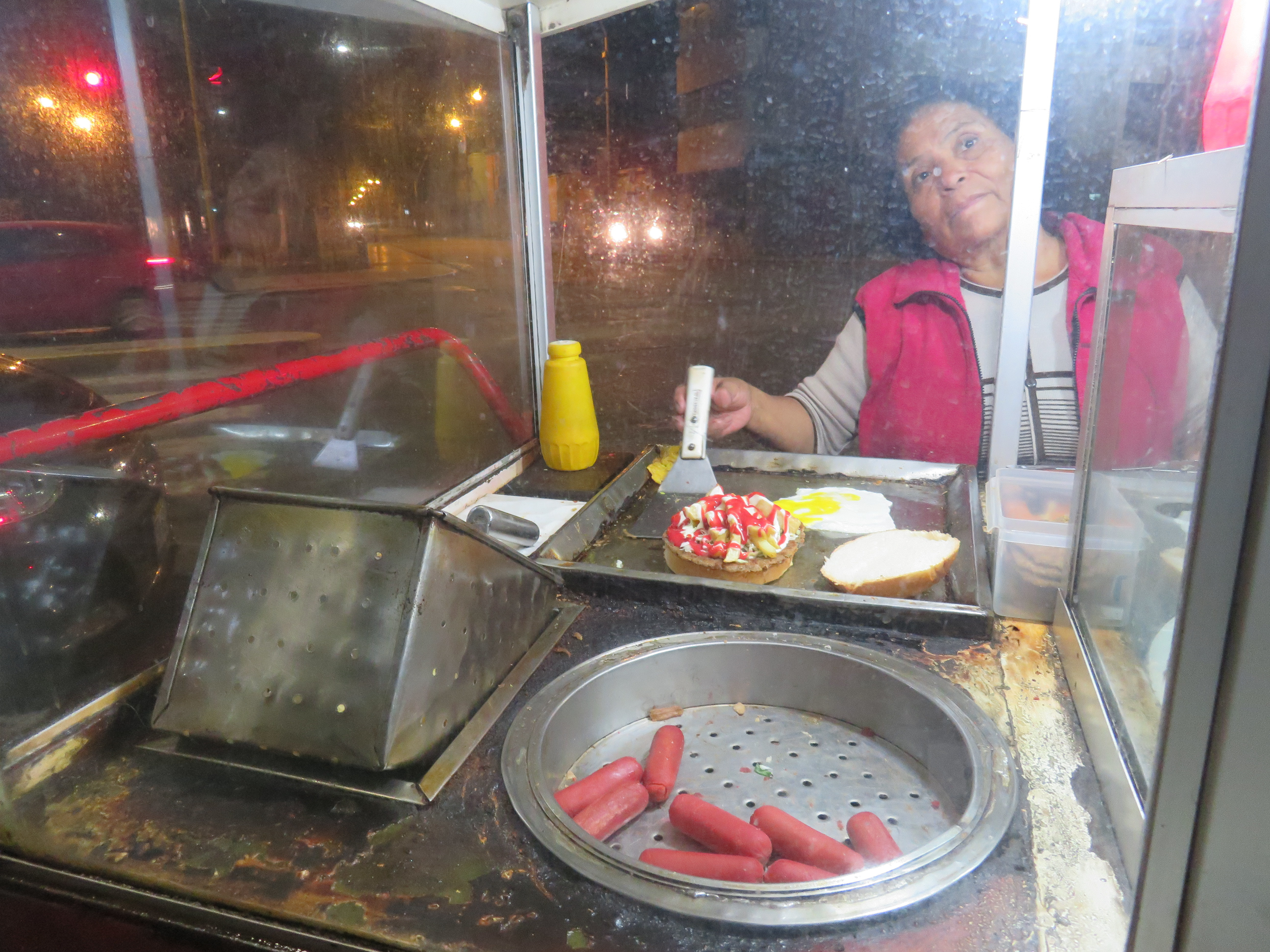 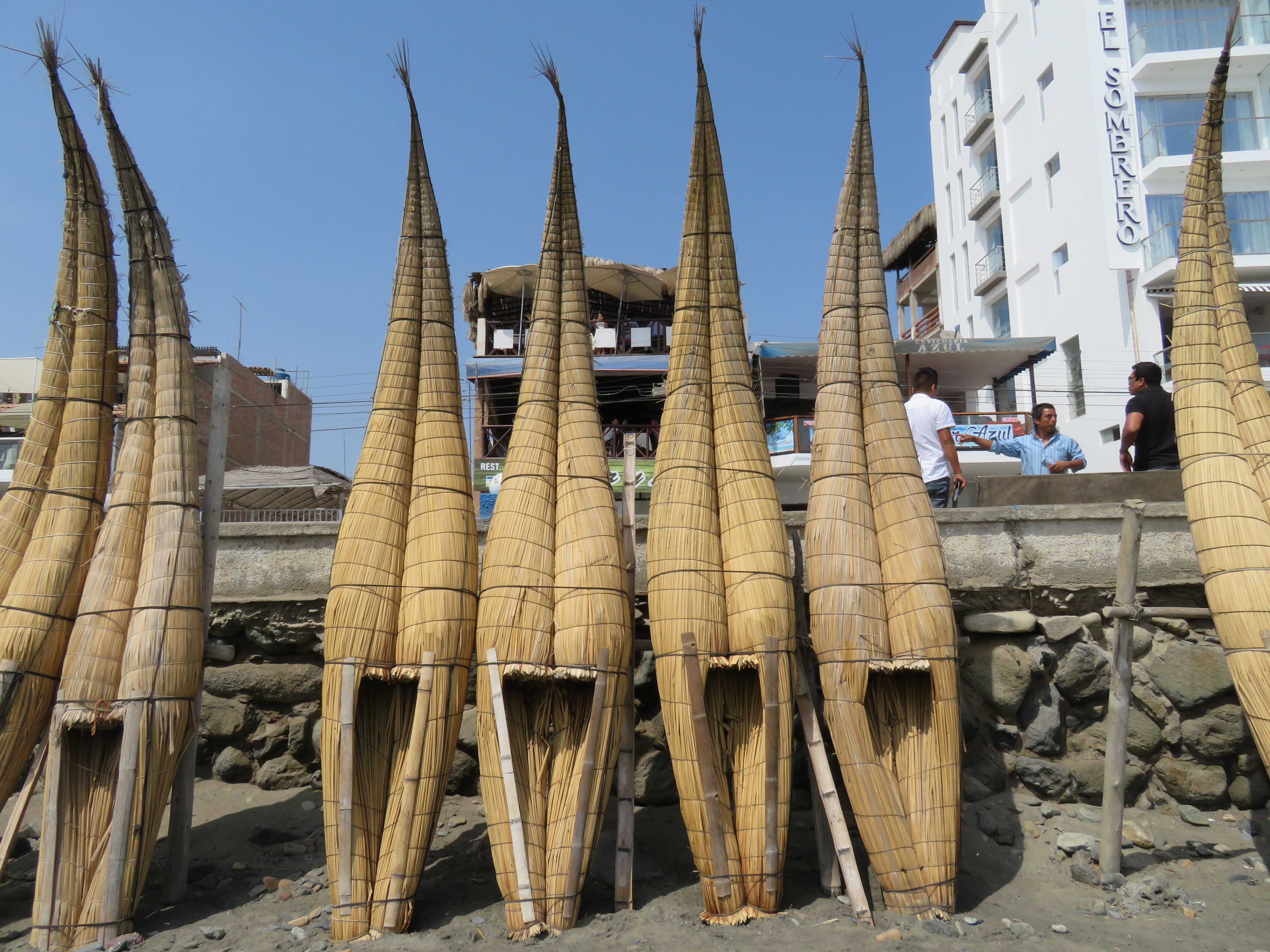 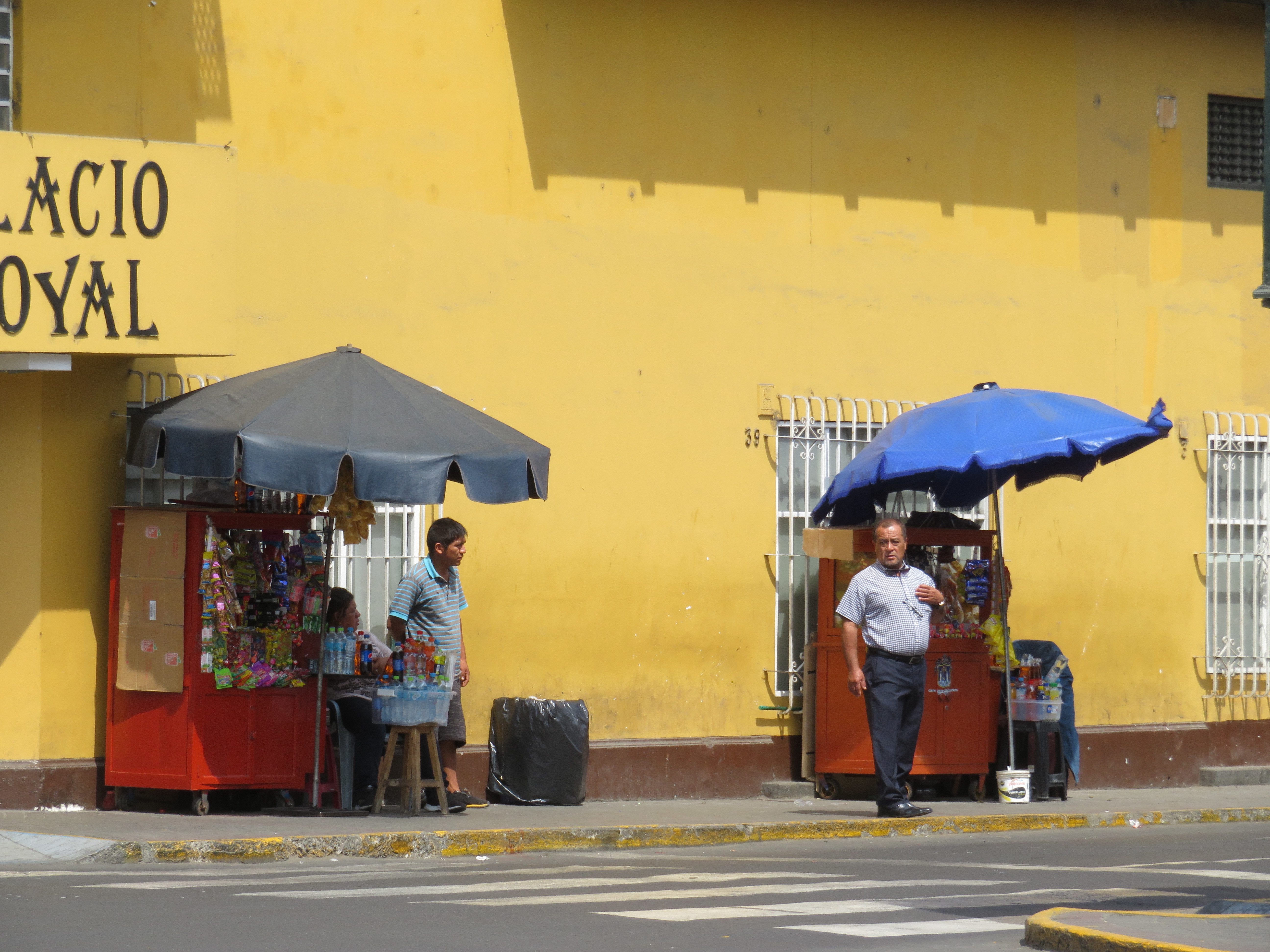 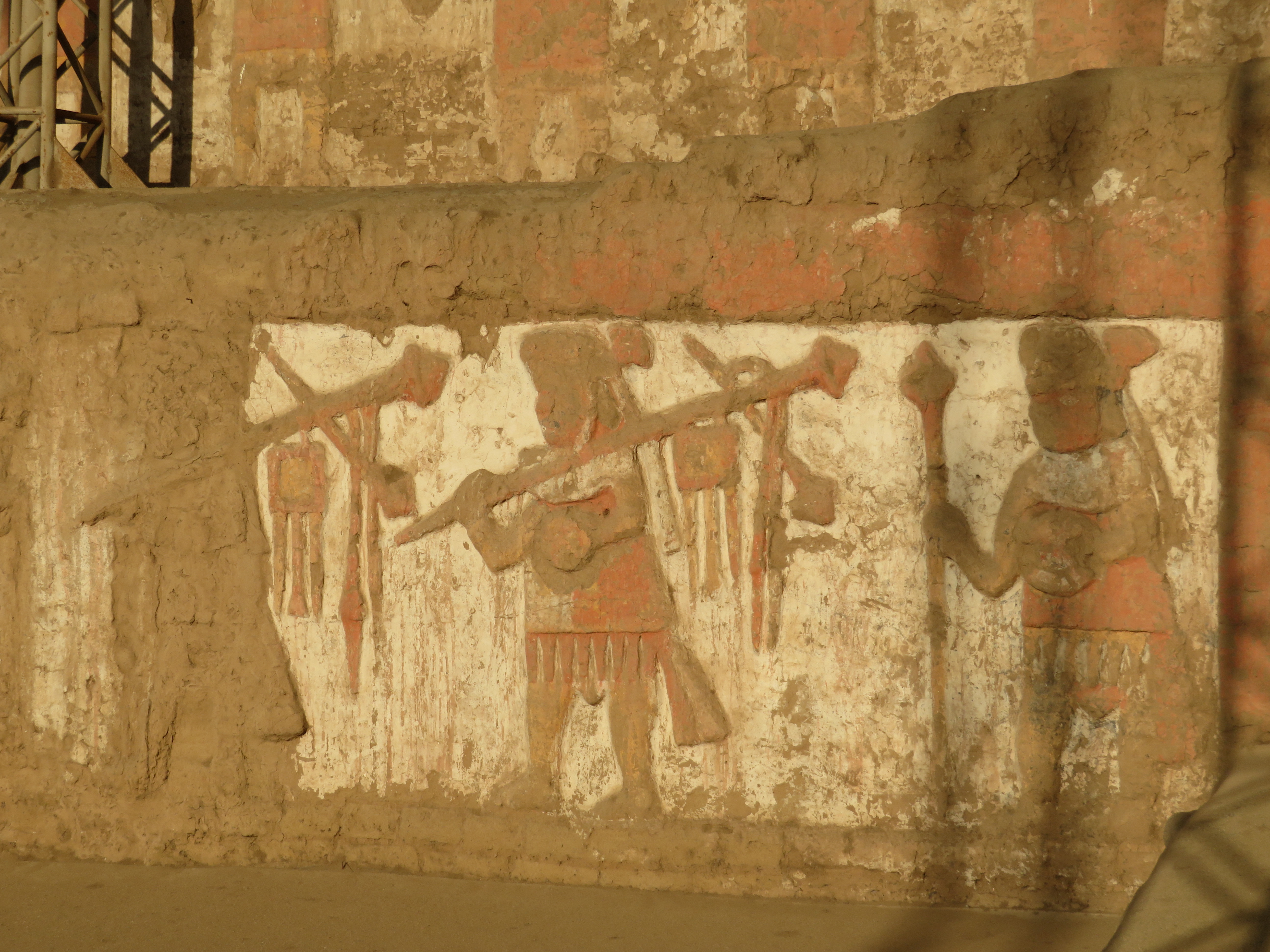 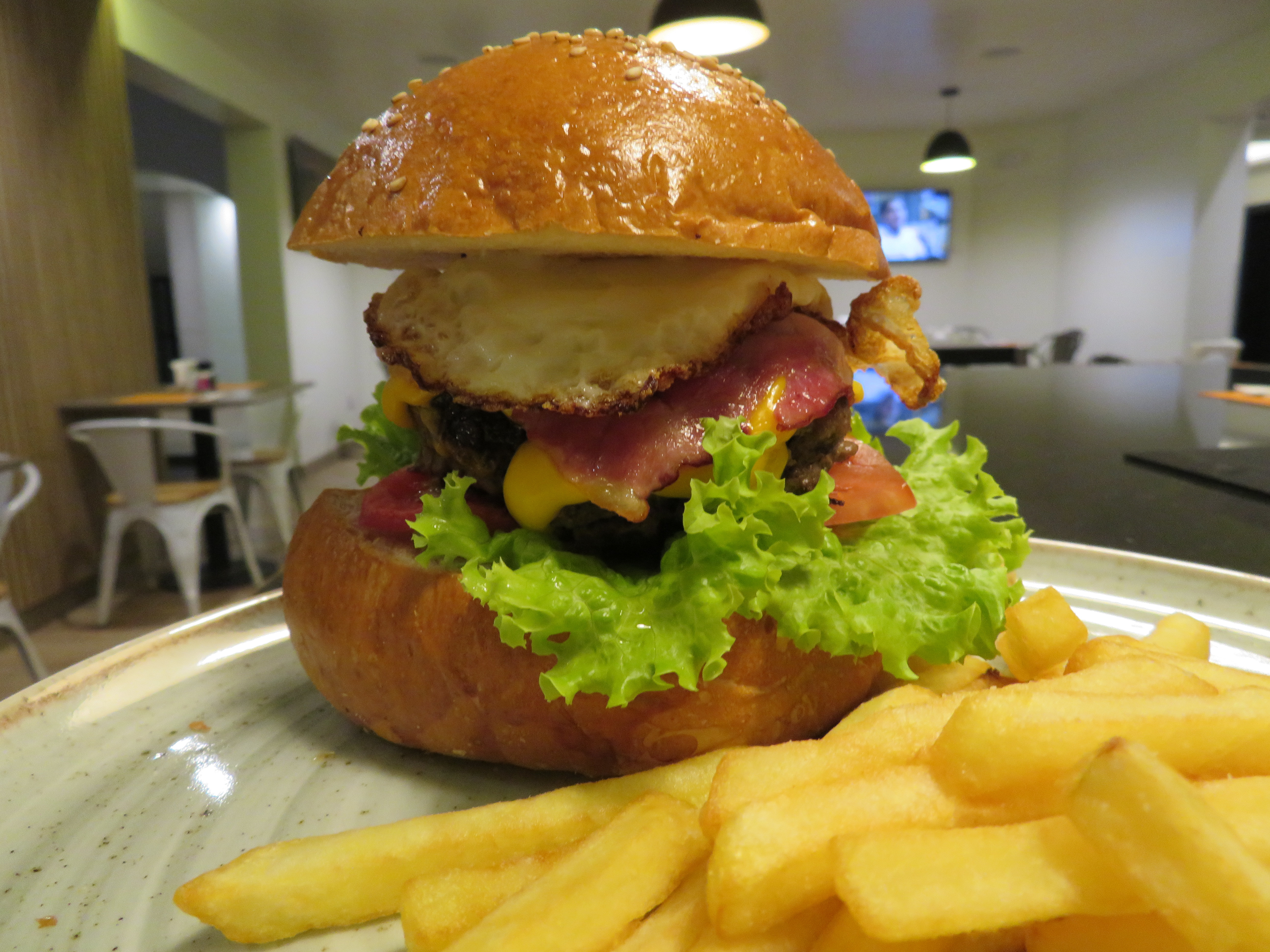 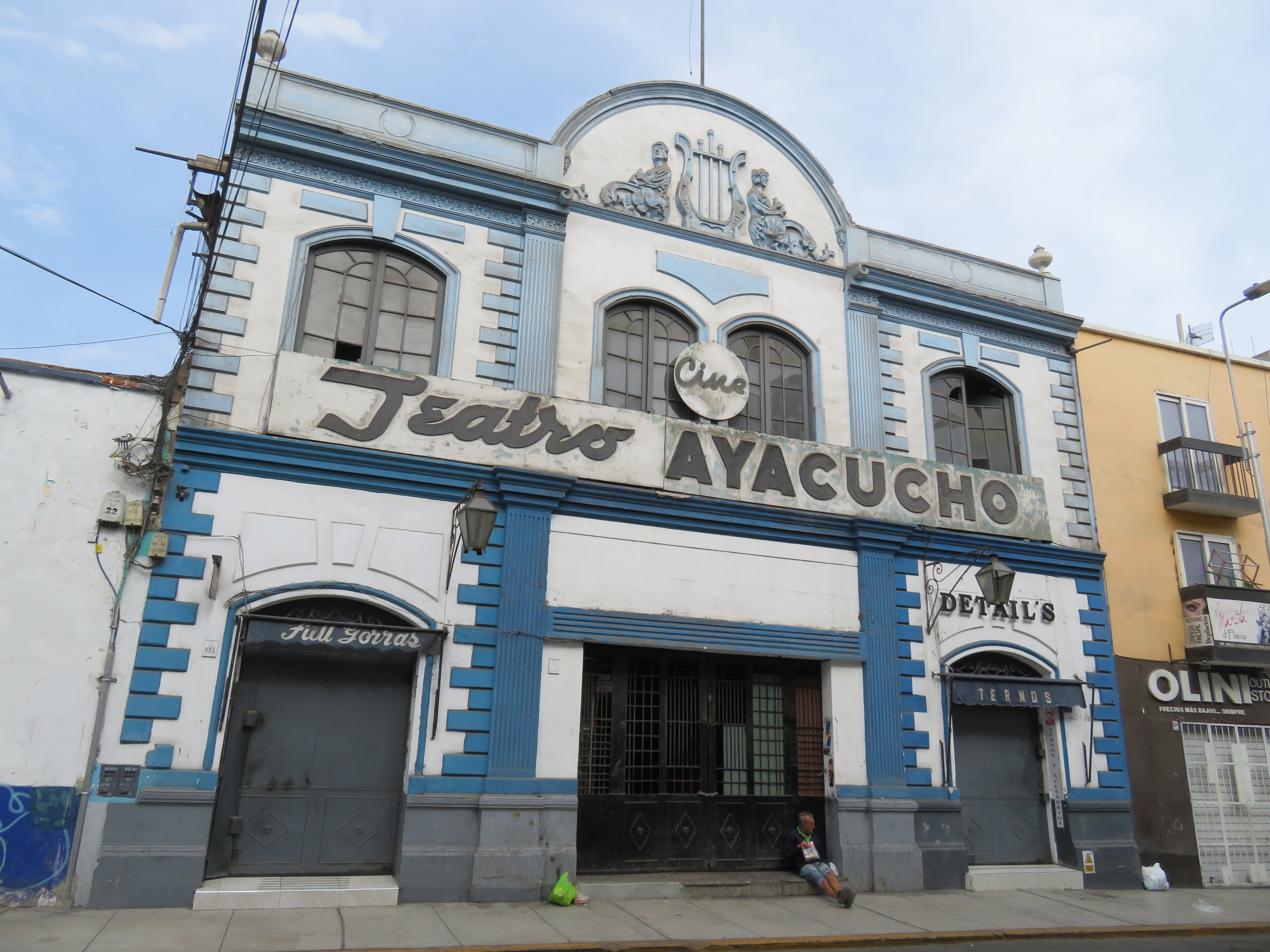 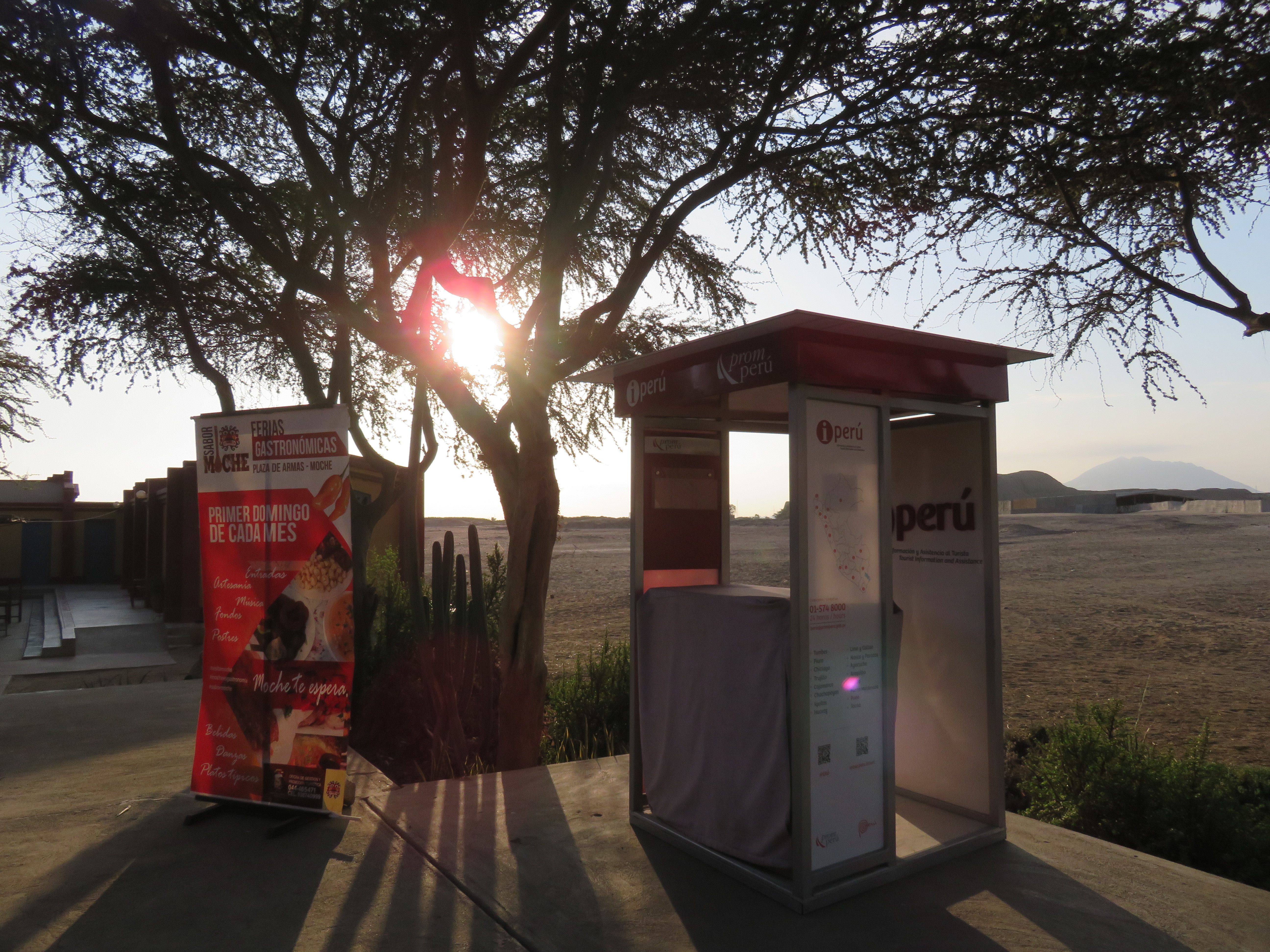 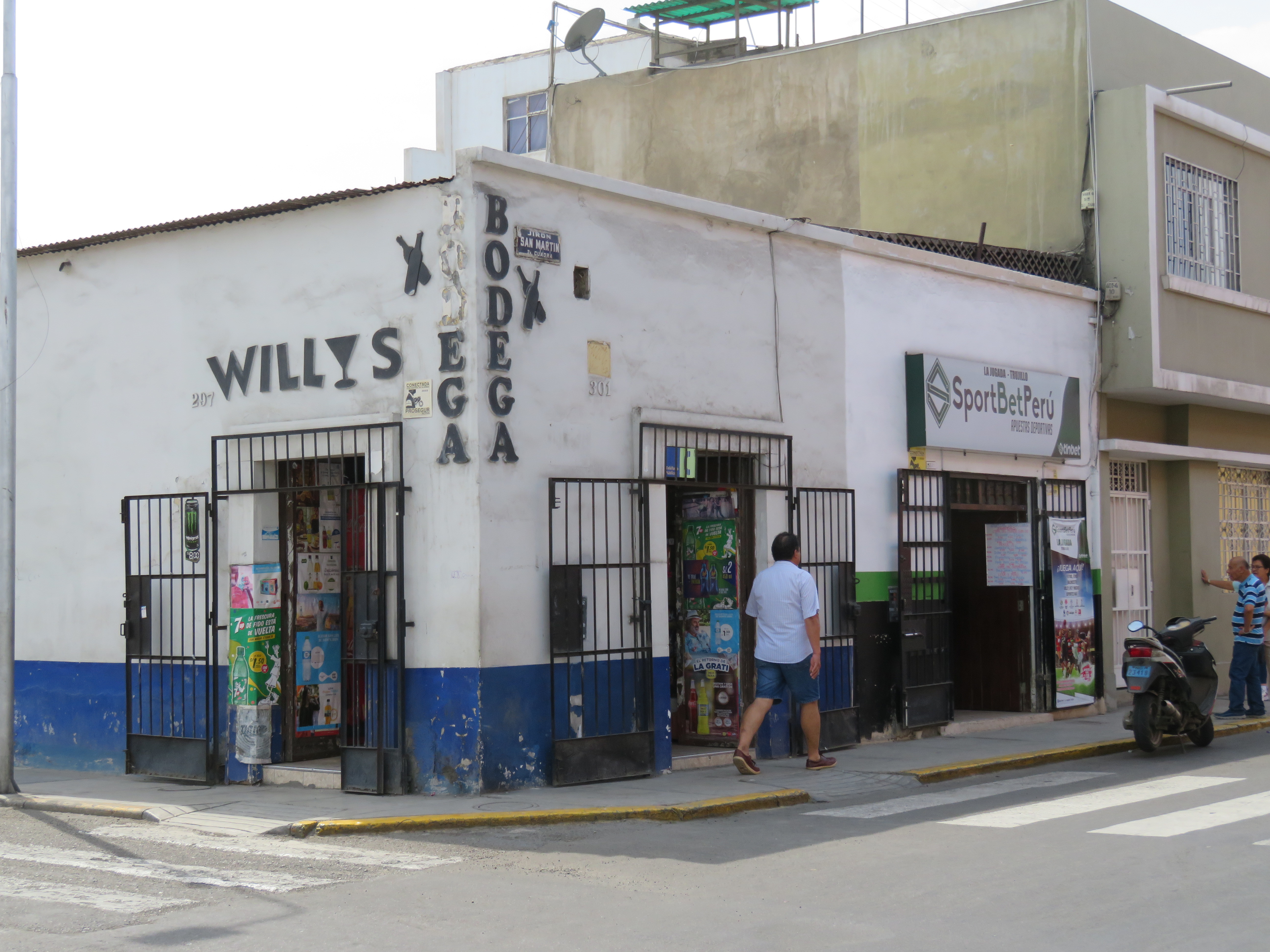 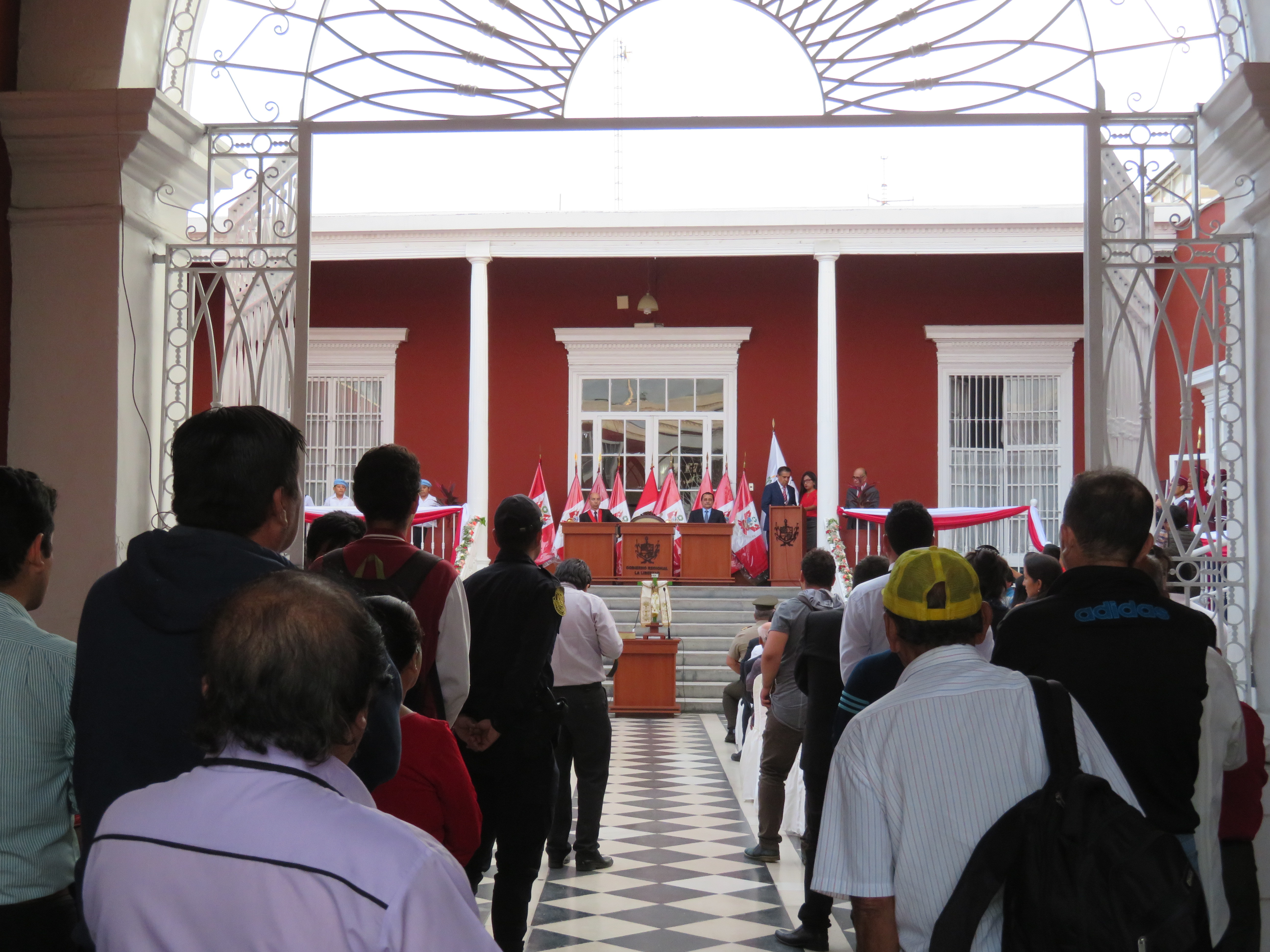 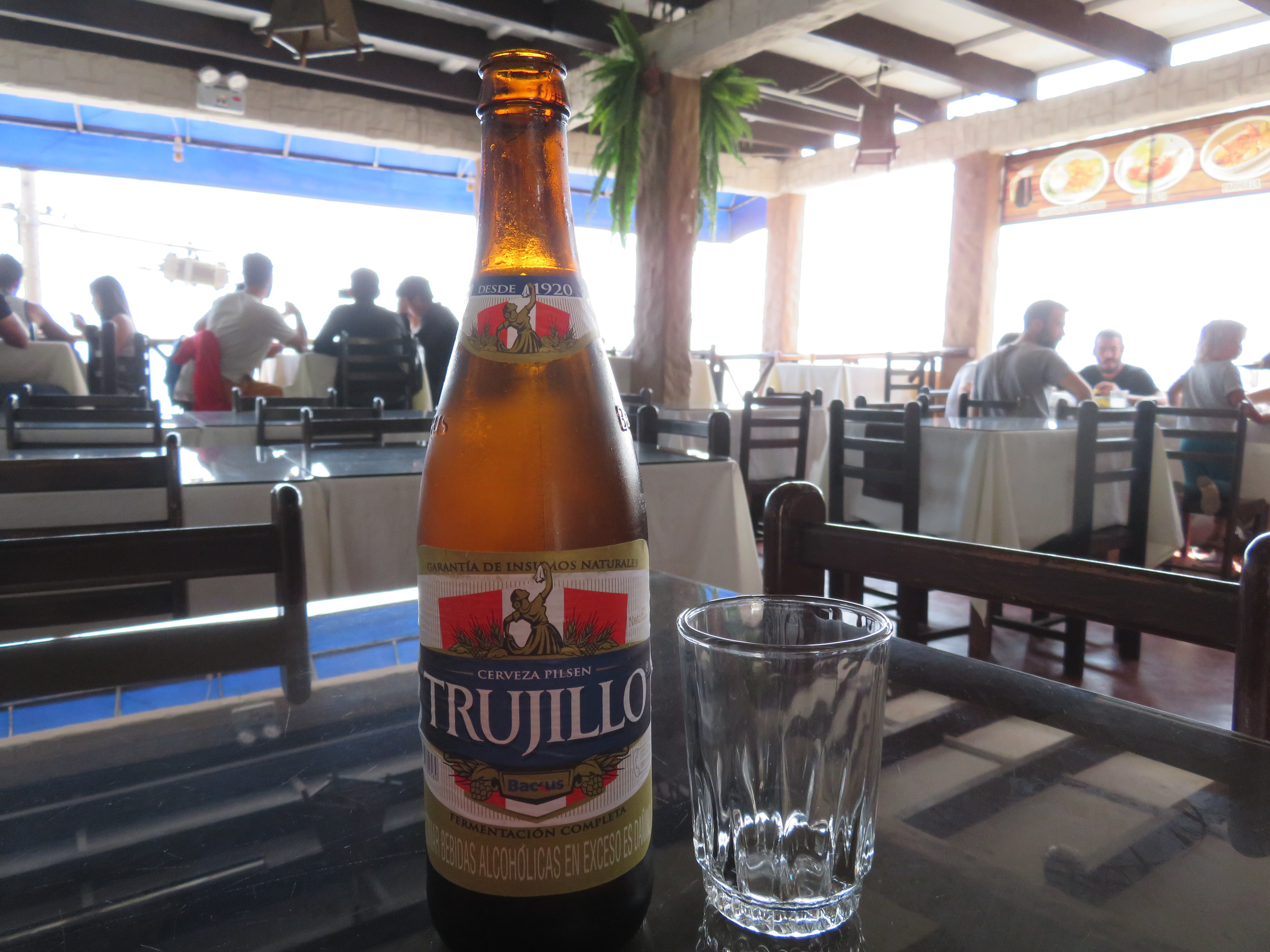