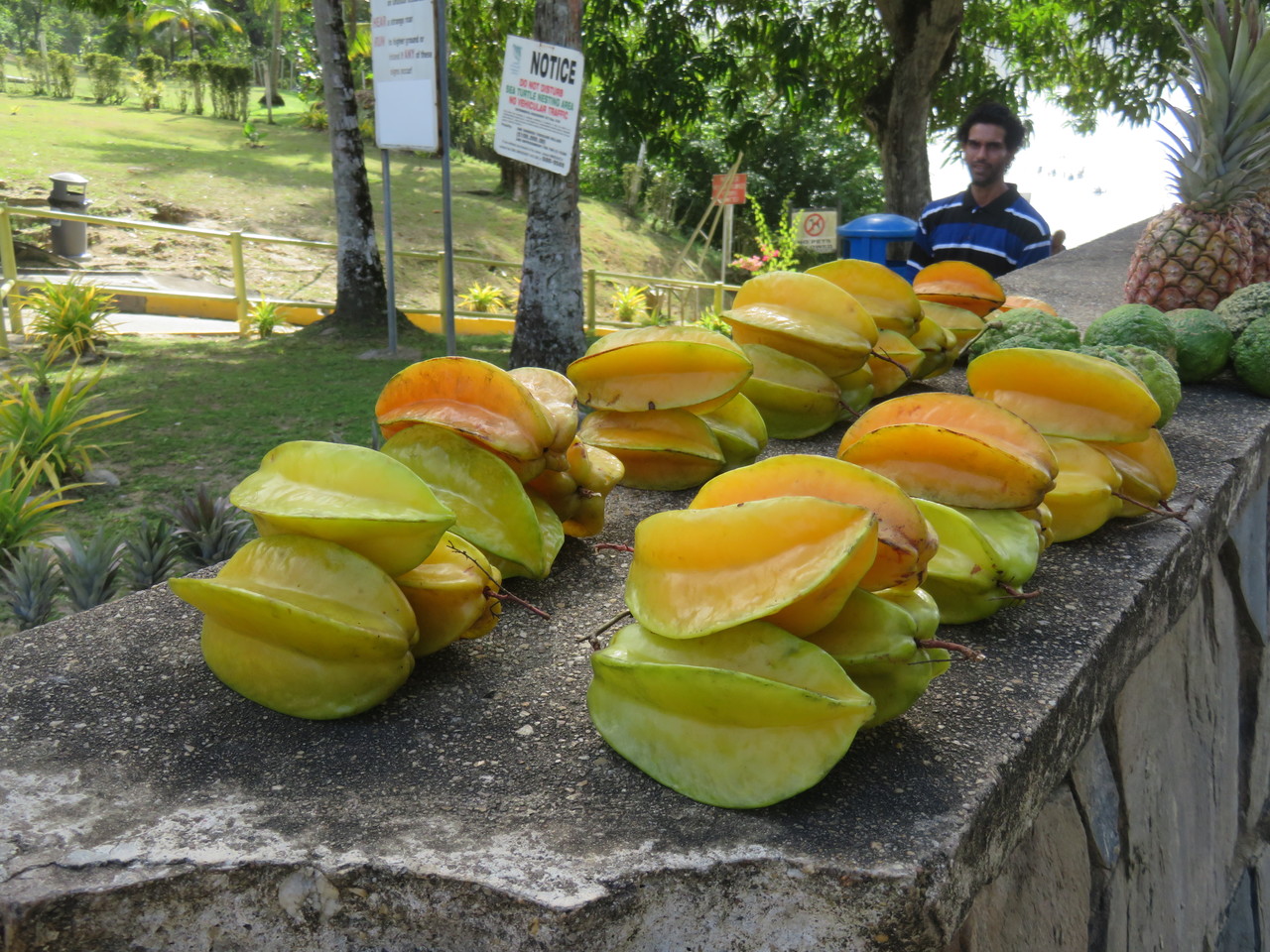 Arriving at the South Quay bus depot, I could finally fully feel and see what I had only glimpsed through the bus window. First was the humidity followed by the palm trees and the rigid buildings that flanked the depot. Making my way through the peripheral buildings of downtown Port of Spain, I began to wander through a heavily industrialized area that housed a mix of old and new buildings that had new purposes as small businesses. At their lower levels, I found a range of items being sold such as food, knock-off toys, and clothing as the mixture of bright and faded colors, rotted wood, and steel shutters closed overhead.

I took my time walking to my hotel and slowly moved closer to the interior of the city. It was at this point that my priority shifted to people watching. I walked through the multi-block palm-tree green space of the Brian Lara Promenade and detoured around each block and explored the Cathedral of the Immaculate Conception (completed in 1851), the frantic almost claustrophobic and frantic Chinatown (1806), and mix of modern architecture that flanked the area. 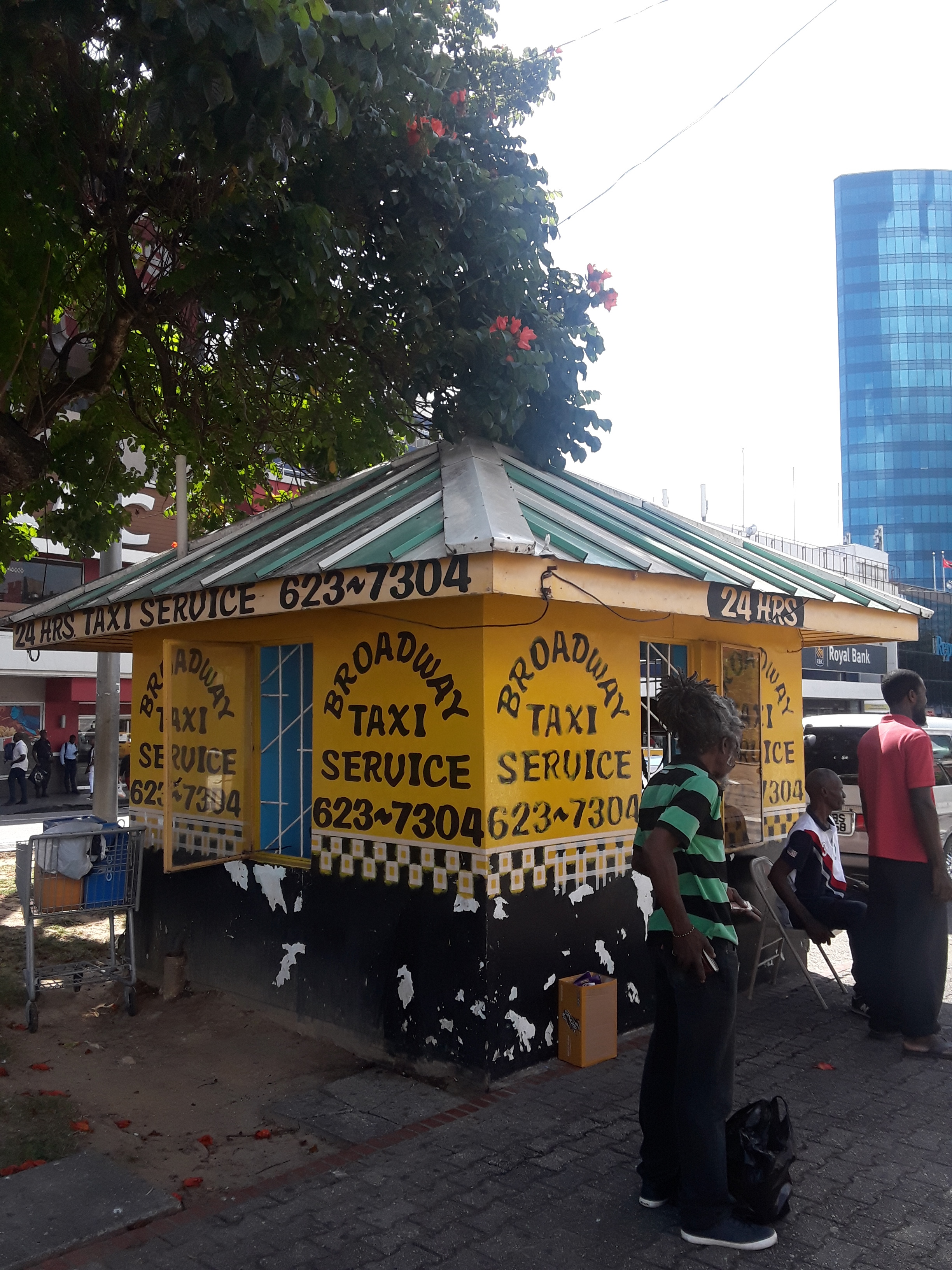 Throughout that space, I thought the locals were the most interesting aspect of it: taxi drivers waiting for fares, lovers of KFC, children playing on the greens, government workers, and people simply living their life going to and from their destinations.

It took me two full days to properly explore the area and the nearby Queen’s Park Savannah (1817) with its colonial buildings. I spent the bulk of my morning inside Trinidad’s Red House (Parliament) (1907), named so due to its outdoor red paint.

A constant pleasure throughout my trip was the hospitality of Trinidadians. People often went out of their way to help me, even when I thought I was being an inconvenience. The grandest example was at check-in at the Woodbrook on the Avenue when Gayle, the front desk attendant, walked with me to the pharmacy to ensure that I could find it. Later that hospitality would lead to being invited to see Fort George (built 1804) at sunset. That view allowed me to fully see the city from overhead. 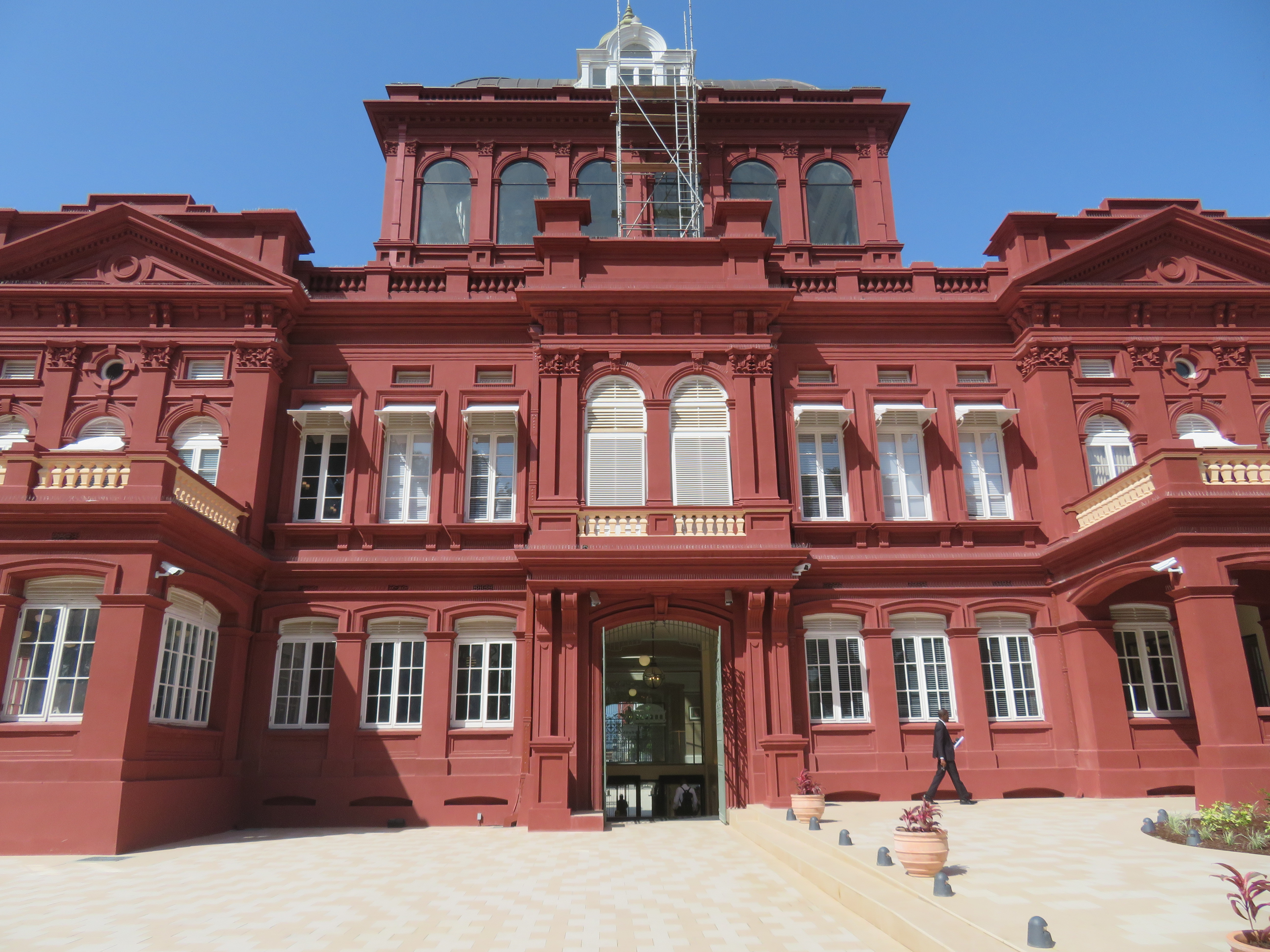 Finding a direct round-trip flight from JFK for less than $300 on Caribbean Airlines finally prompted me to visit Trinidad and Tobago. These two islands had been on my radar for a long time due to their history and culture that included a mix of Africans, Indians, and Chinese descendants. Prior to my trip, I had questions about their histories and cultures but during the first few hours after my arrival, the only thought I had was about getting a full eight hours of rest.

Preferring to ride the local bus from Picaro Airport to the bus depot within the capital Port of Spain, I was dozing off as the bus slowly filled with more people, finally prompting me to give my seat to an elderly woman. What instantly caught my attention was that no matter how crowded it became, people still exchanged pleasantries as if everyone knew each individual due to constant run-ins along the bus route.

That ride into town would come back to me that evening while I explored the Avenue and noticed that the same hospitality was a common practice among Trinidadians. 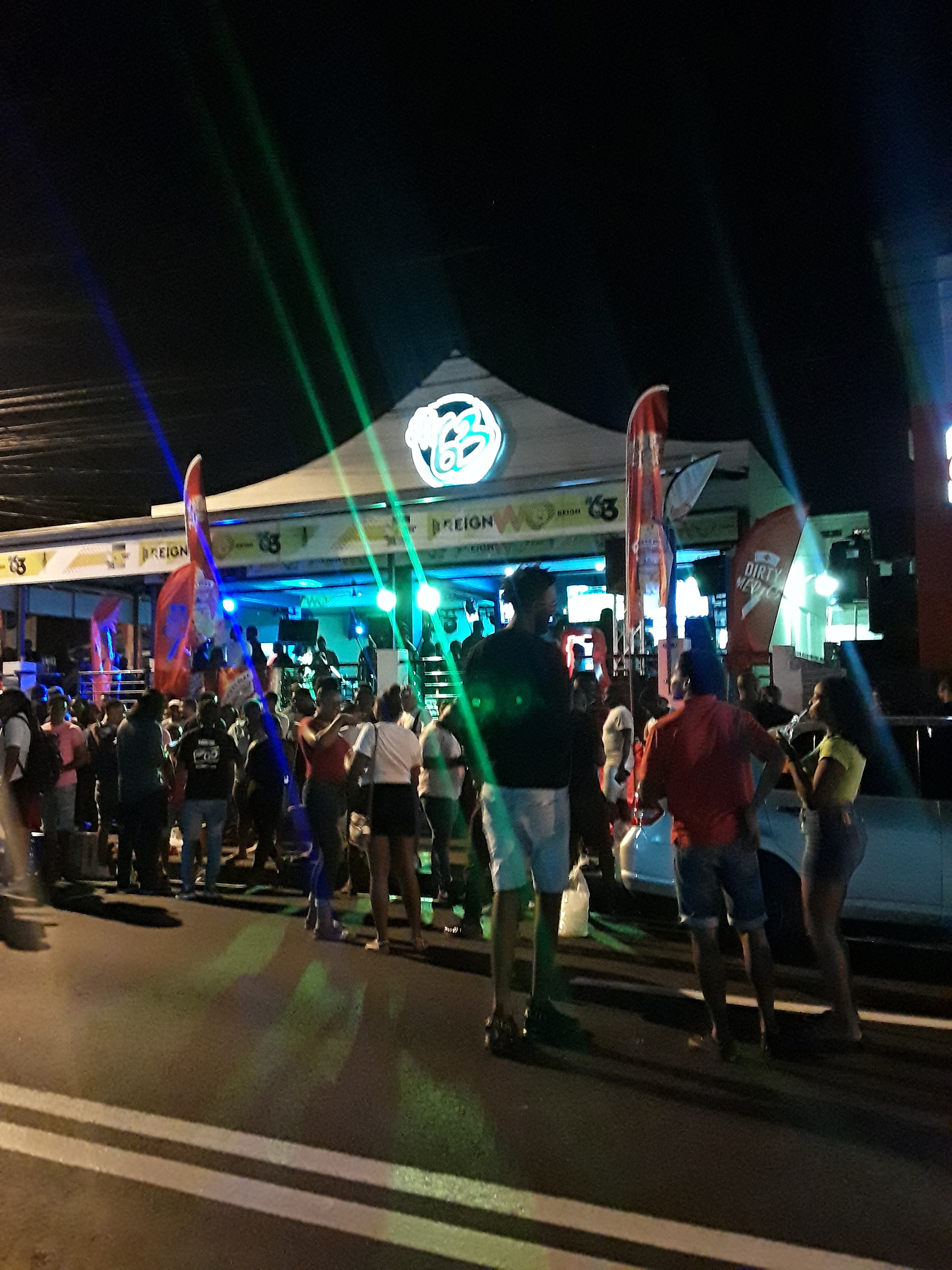 Ariapita Avenue makes up the main drag in Port of Spain. On each night of the week, you can find music booming, restaurants, food carts, and people walking back and forth. My first evening was the highlight as I quickly learned from a local that

“Fete is almost everyday. We only take off for Christmas and start right back after.”

As the main drag ended up blocked off by police, crowds of people began dancing in the street to Soca (a local form of party music), while some passersby watched and enjoyed their drinks. As speakers boomed and the DJ worked the crowd, other venues failed to rack up the numbers due to the competition. A small number grew to fill an entire block of party-goers giving off a vibe that invited anyone within earshot to participate.

By the way, drinking is allowed outdoors!

Restaurants stayed partially empty as people spent most of their time enjoying the music. Street food was readily available like local favorite Trini Fried Chicken leading the pack, followed by Caribbean food (jerk chicken, fried yucca, macaroni salad), and what I would gravitate to: Doubles. “This is your first double? Try it and if you like then you pay,” said a Doubles vendor on Ariapita Avenue. 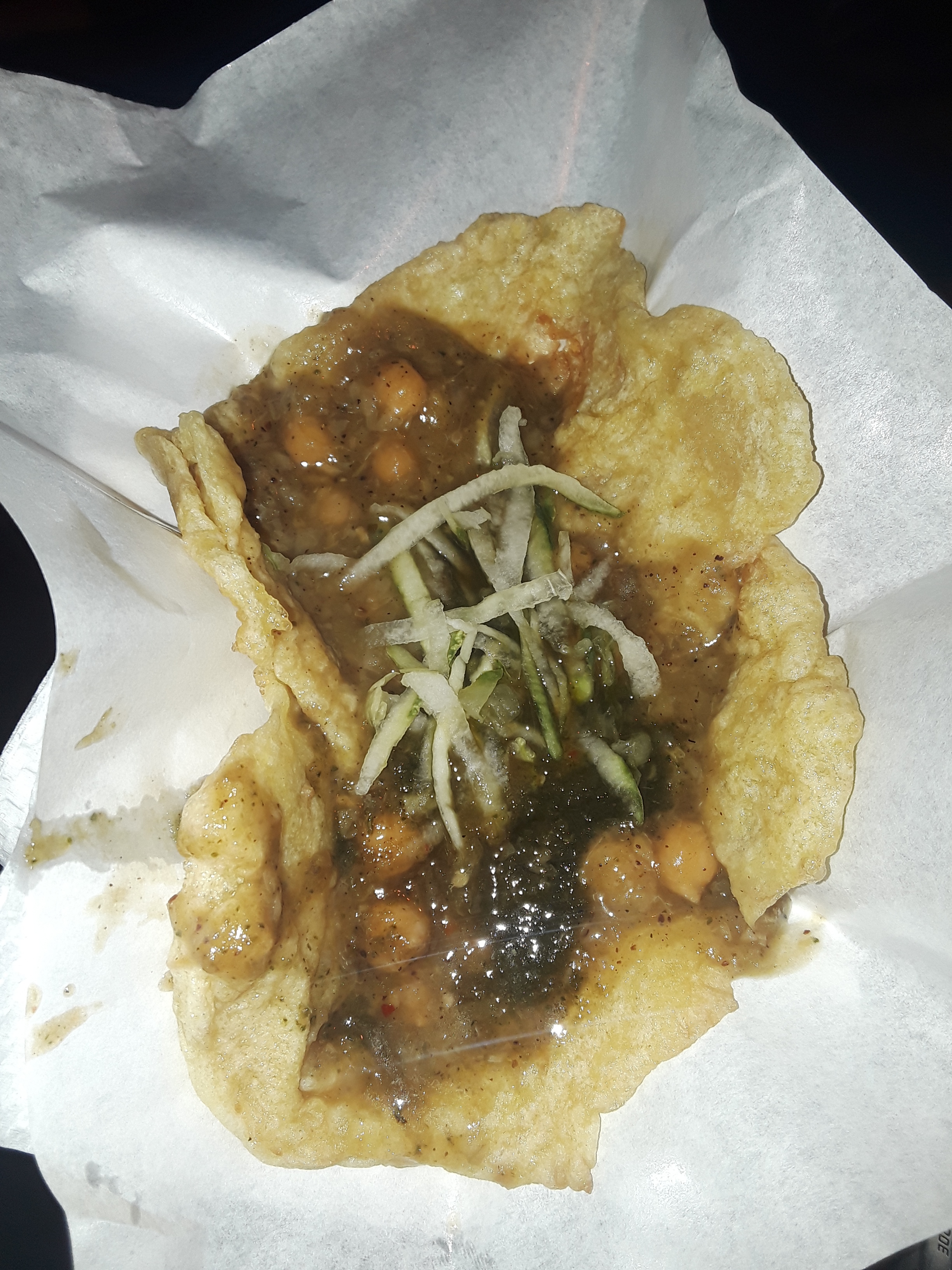 This local dish made of flat bread topped with chick peas can be eaten for both breakfast or after a long night of drinking. I ended up paying for my first meal and taking some jerk chicken from another cart while drunk party-goers stumbled and fell onto the ground aided by their friends who slowed their descent and got them some water.

My last two days on the island were a crash course on all things Trinidadian. Using Gayle as my resource, we pulled open an island map and it was at this moment it truly sunk in as to how big the island is and that Trinidad is less a beach destination but a party and foodie one. 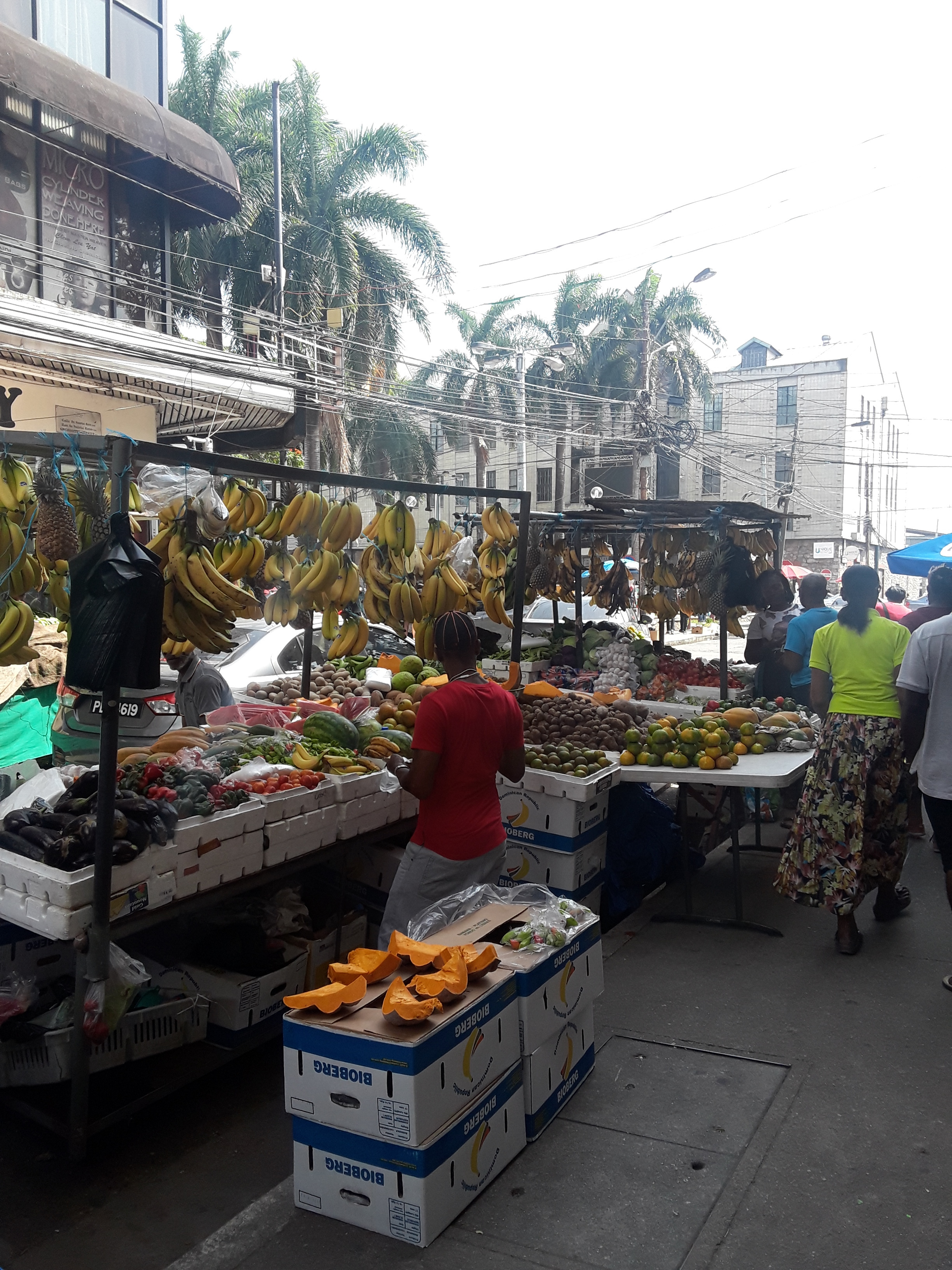 Prior to my arrival, I assumed that a simple circular route would take me around the island. Now that I was fully informed, the realization that it would take a week to truly explore just this island set in. I settled on a few specific regions namely the Indian community of Chaguanas, and neighborhoods/areas in around Maracas Beach.

To start to understand Trinidad and Tobago is to dive into their history as a colonial possession of Britain. This colonization brought slaves from other islands as well as from Africa. After the end of slavery, the importation of indentured servants from China and India resulted in an ethnic mix that makes this country unique, even among other islands with similar histories. My brief explanation is more of an overview since there is much more to the country but this serves as a decent introduction. 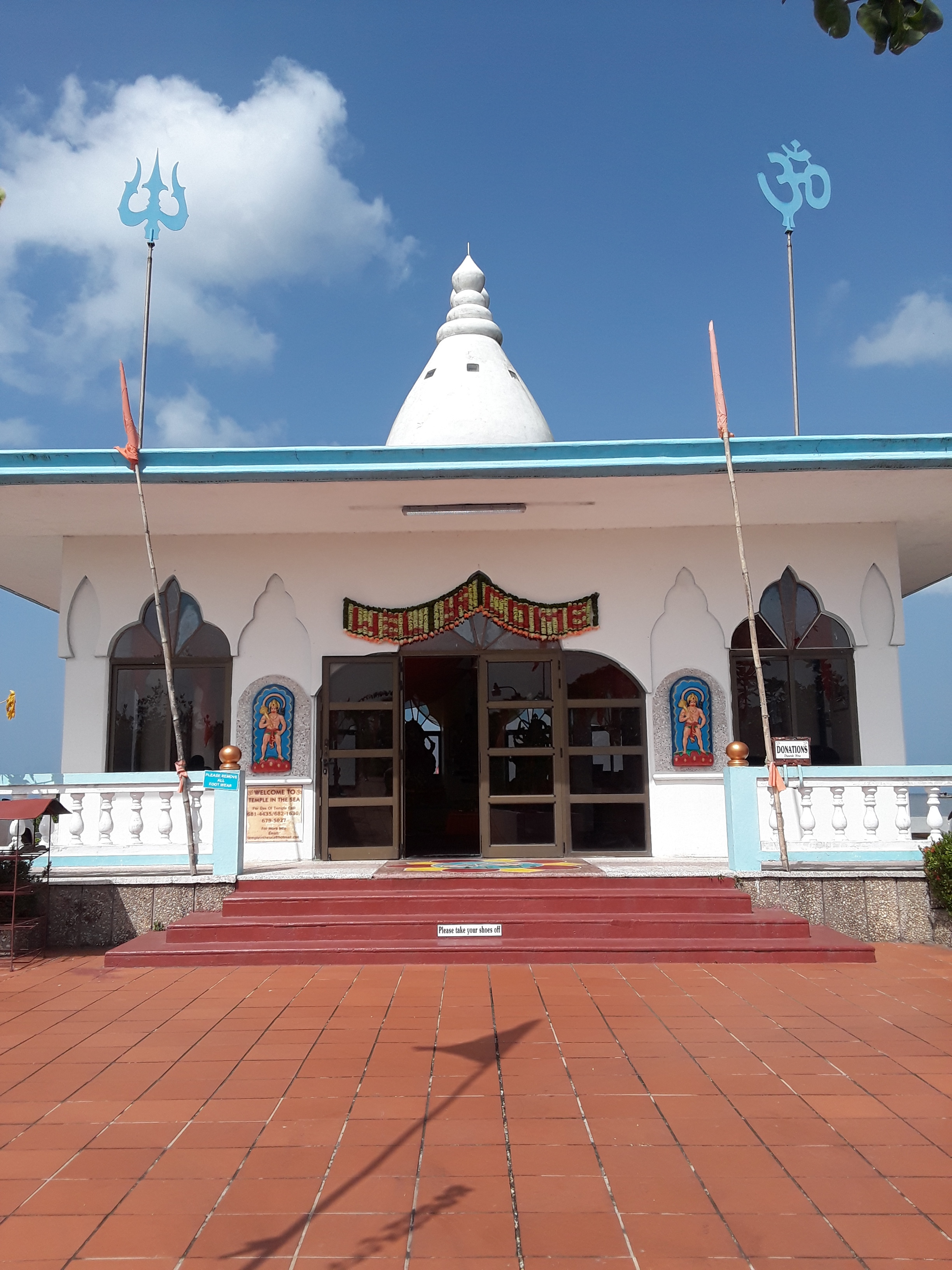 My driver/guide Marcus filled in the blanks of what this ethnic mix meant to the people who lived there. Our first stop was a Hindu temple aptly named Temple by the Sea and shortly after a Wat (temple) on a side street in a residential area. Both were quickly missed if you tried looking for them on your own, which make a guide worthwhile.

“You have to try Trini Fried Chicken. They use spices that you can’t find anywhere else,” said Marcus.

We ate local fried chicken as we drove to Turtle and Maracas Beach. By the way, if you can’t find a crowd at a fete, you will find them on the beach. Bustling groups of families, couples, and party-goers find a stretch of sand to claim as own. Trinidad is a social country where saying hello to a stranger is expected and dancing is the norm. 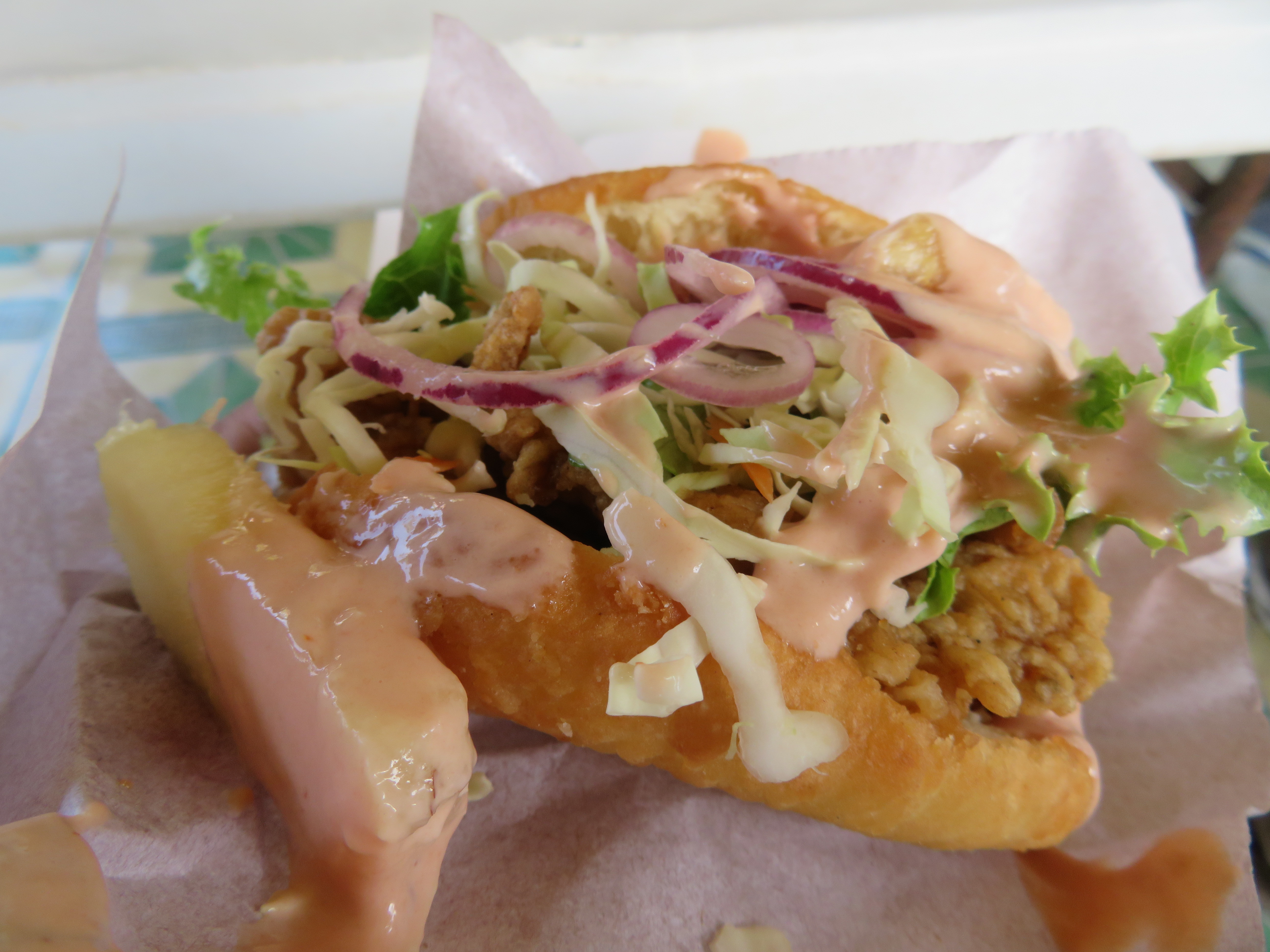 I enjoyed a rum-filled coconut while walking the beach after enjoying my first shark and bake, which a friend said I must try. Richard’s Shark and Bake was the de facto place to go, so we went an added our own toppings from the fixings bar and washing it all down with a Coke.

My biggest regret about my time in Trinidad is that I truly did underestimate it. My perspective was simply from a historically viewpoint, but what I and any traveler should remember is that it is the people who make the country worthwhile. During my short time, I met a lot of people who I will be staying in contact with because the impression that has lingered with me long after returning to the States is that Trinidad is more like a homecoming than a vacation. 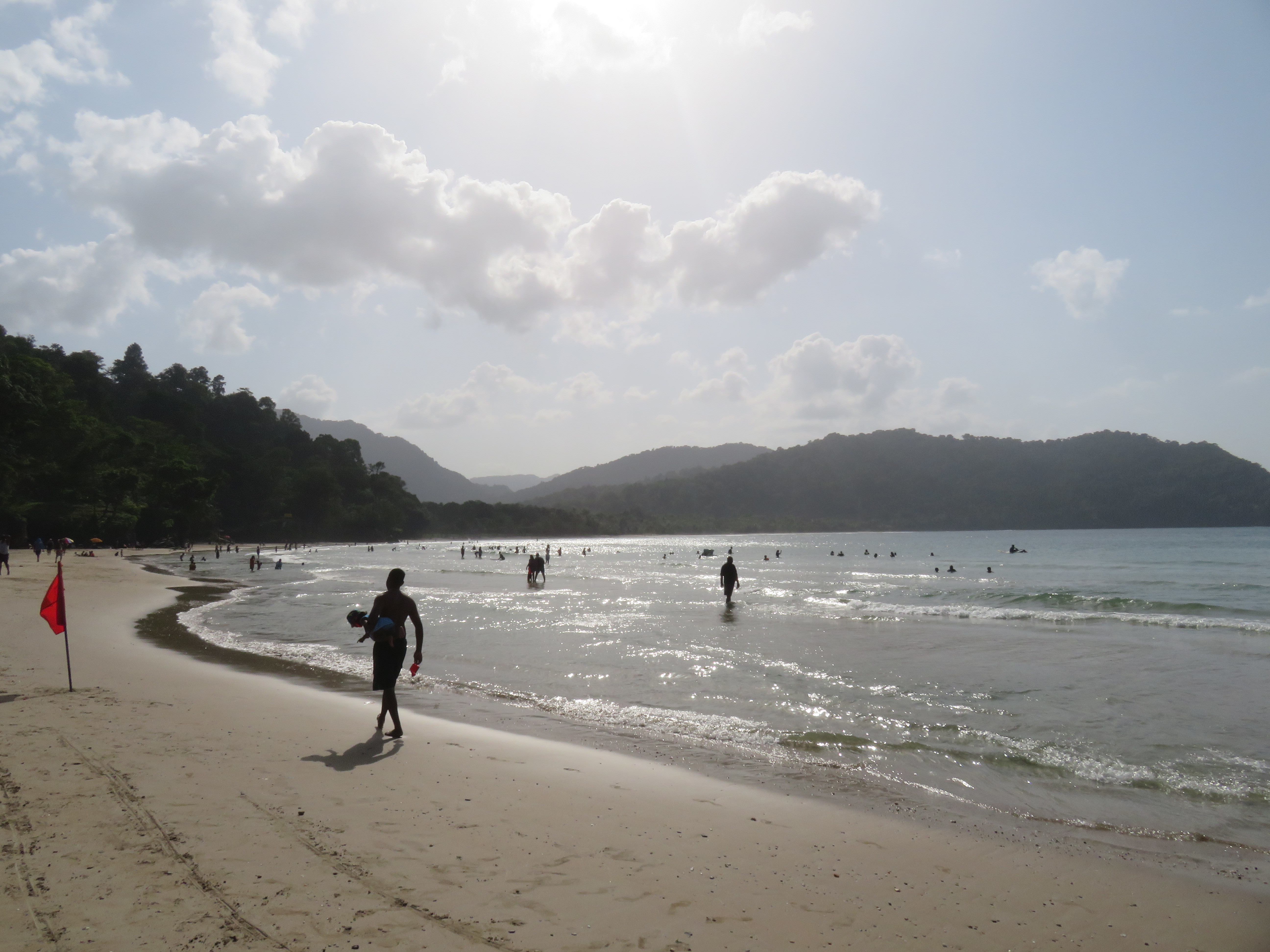 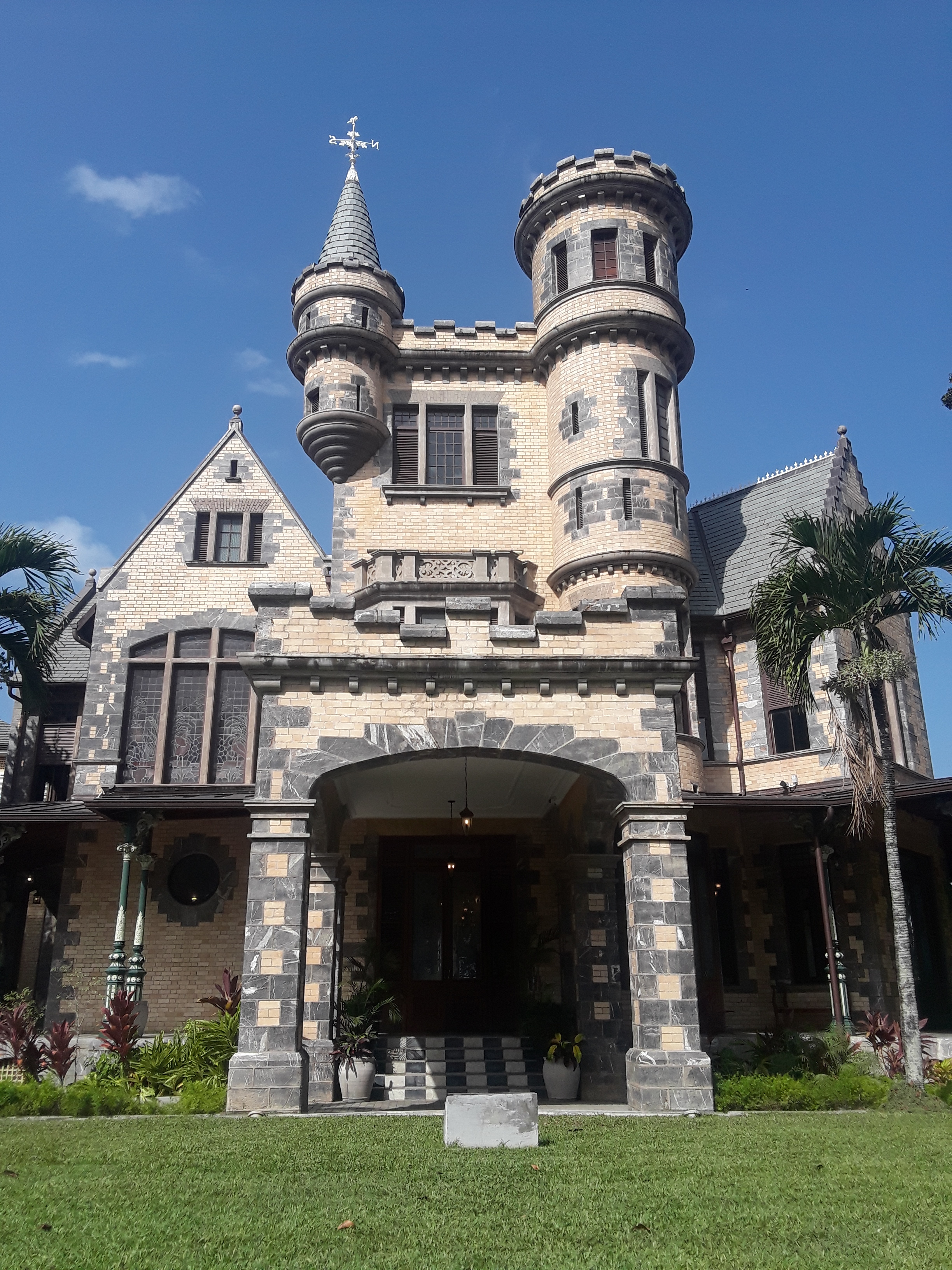 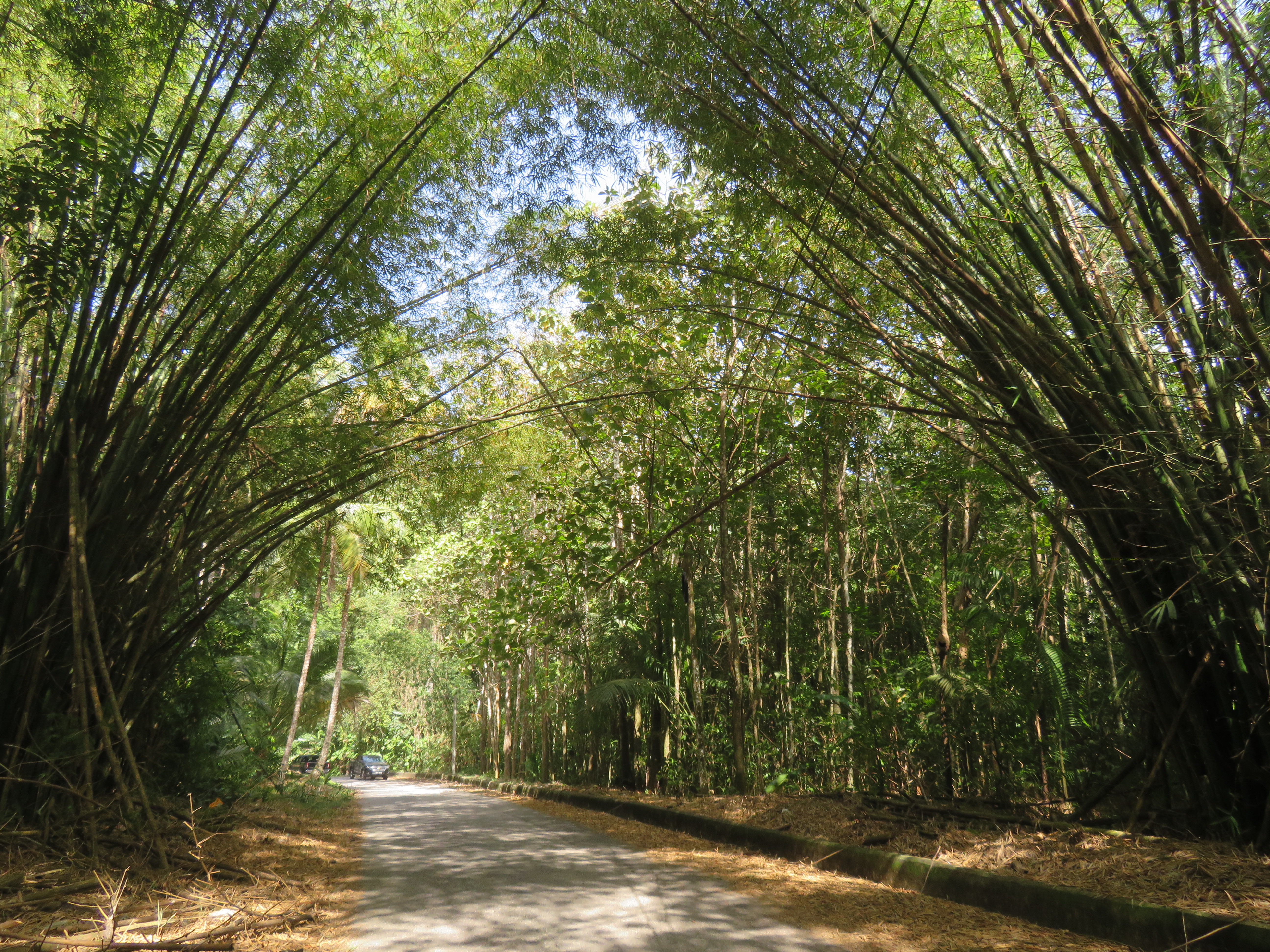 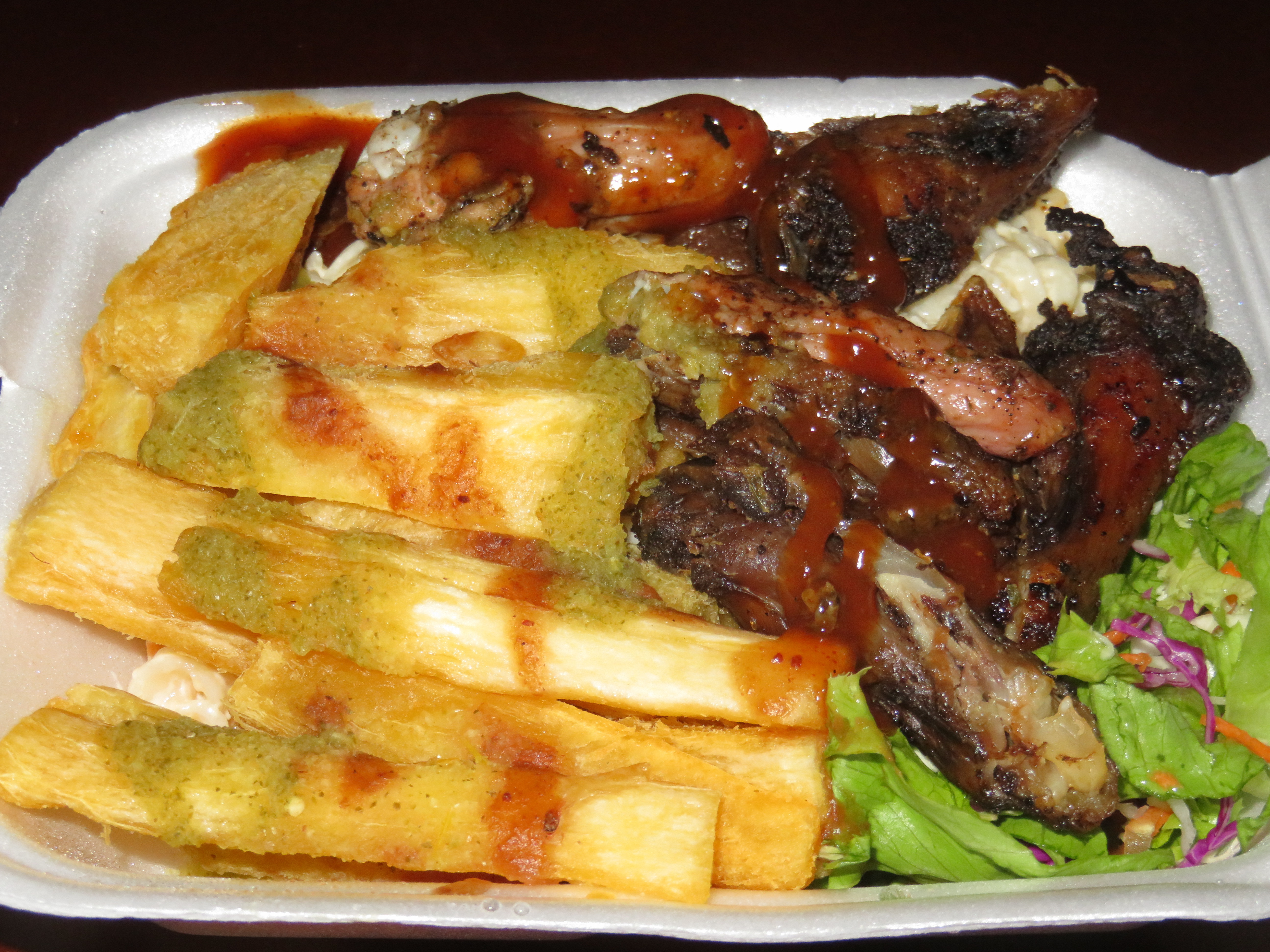 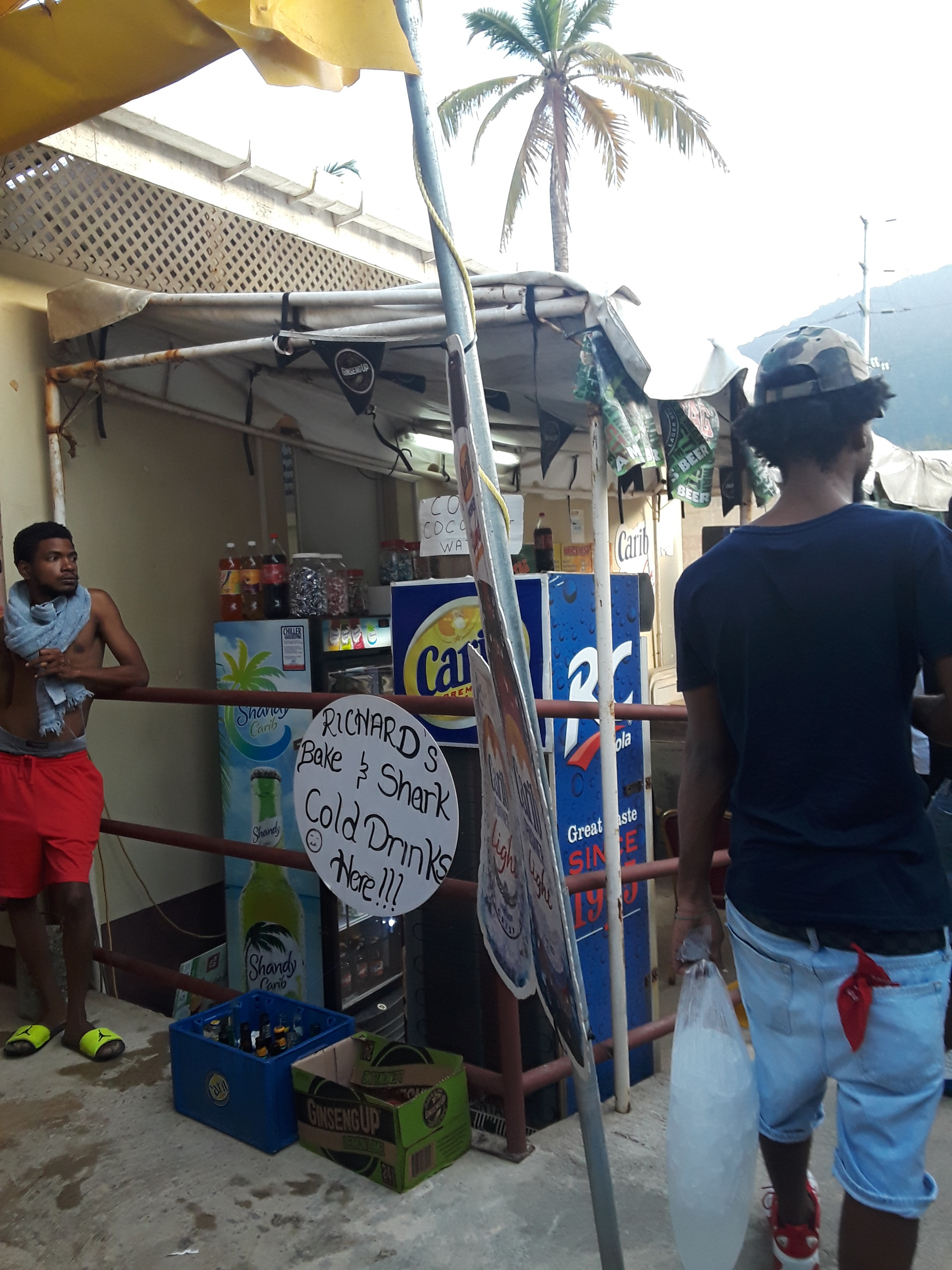 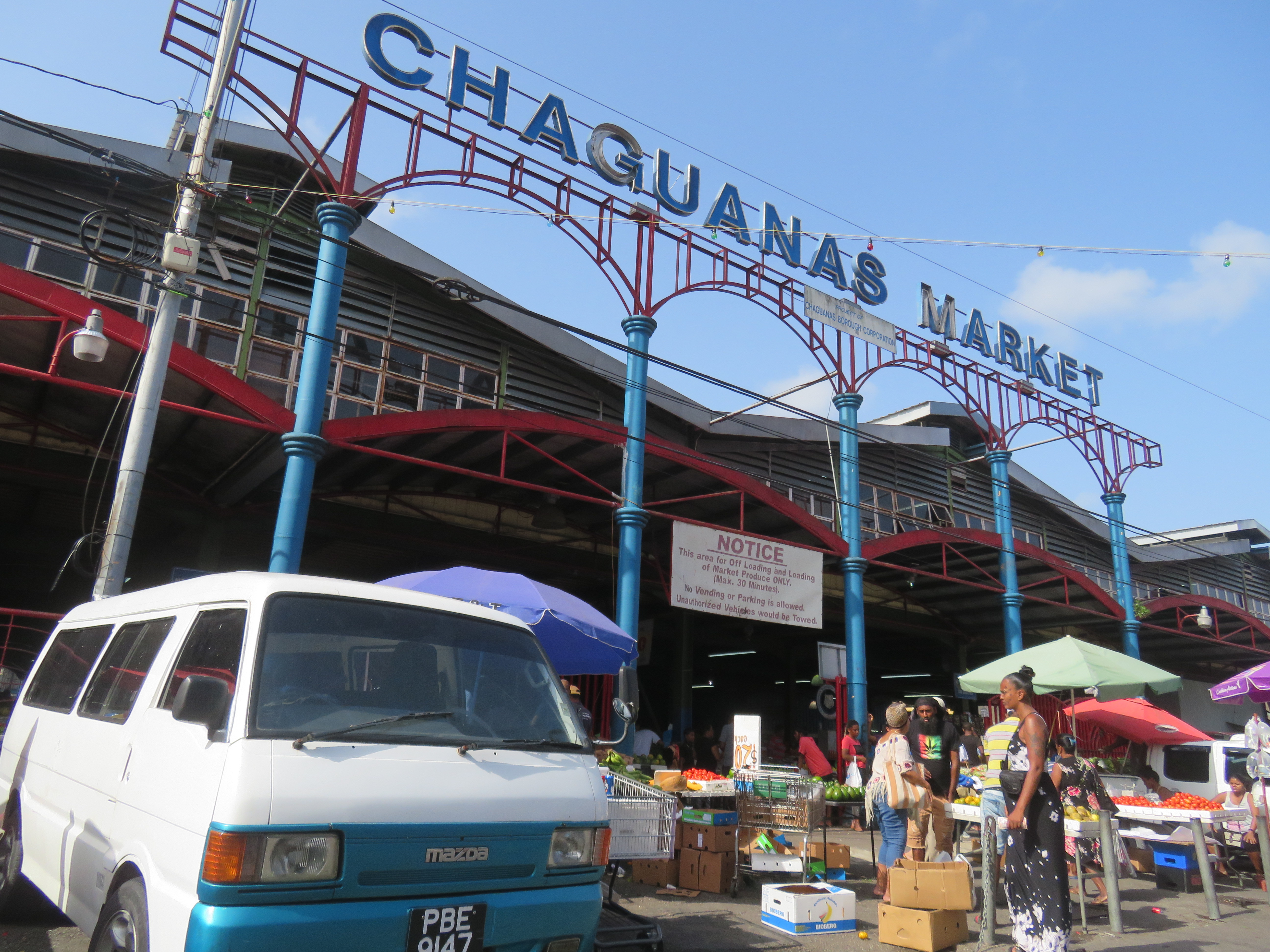 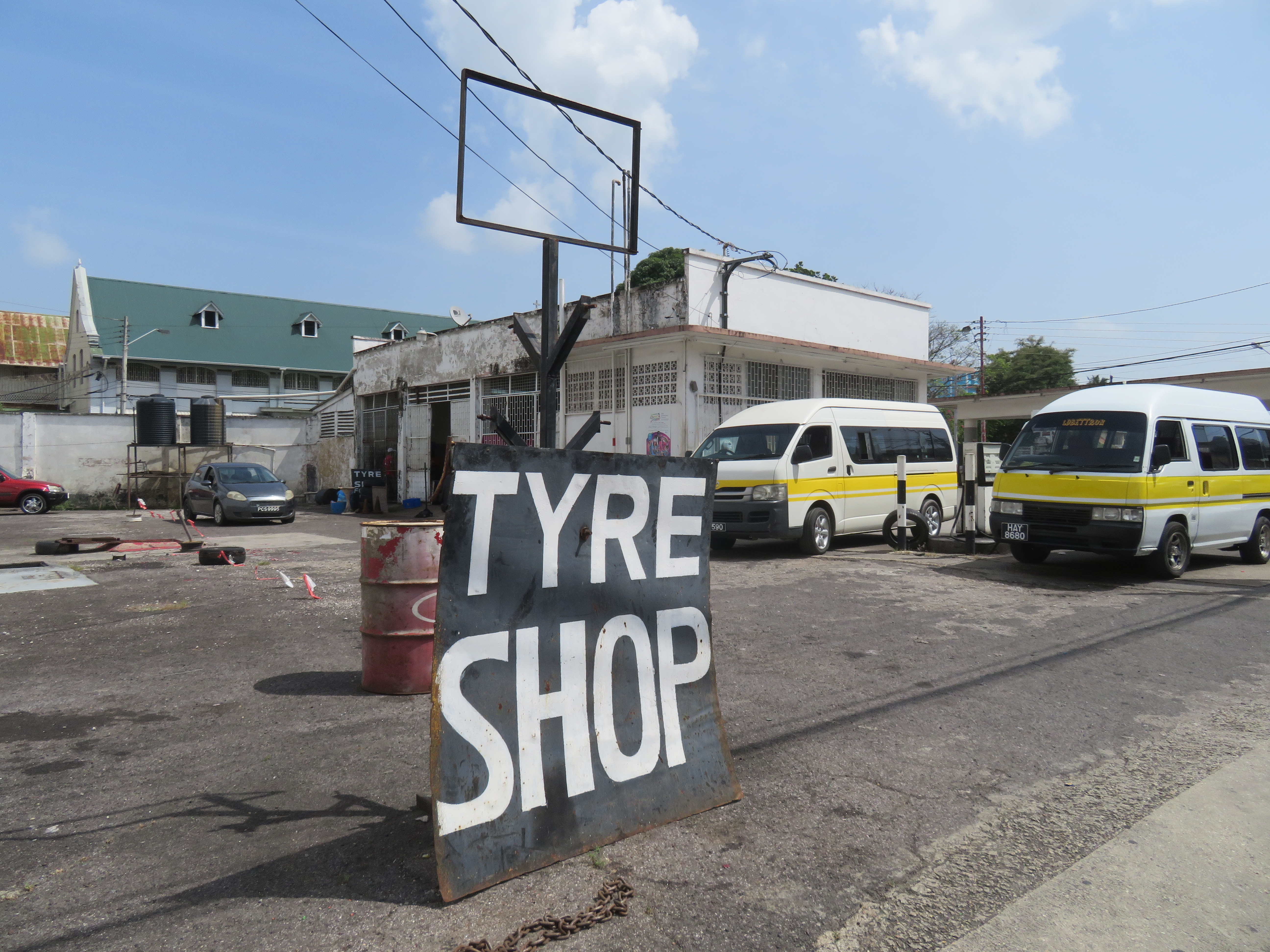 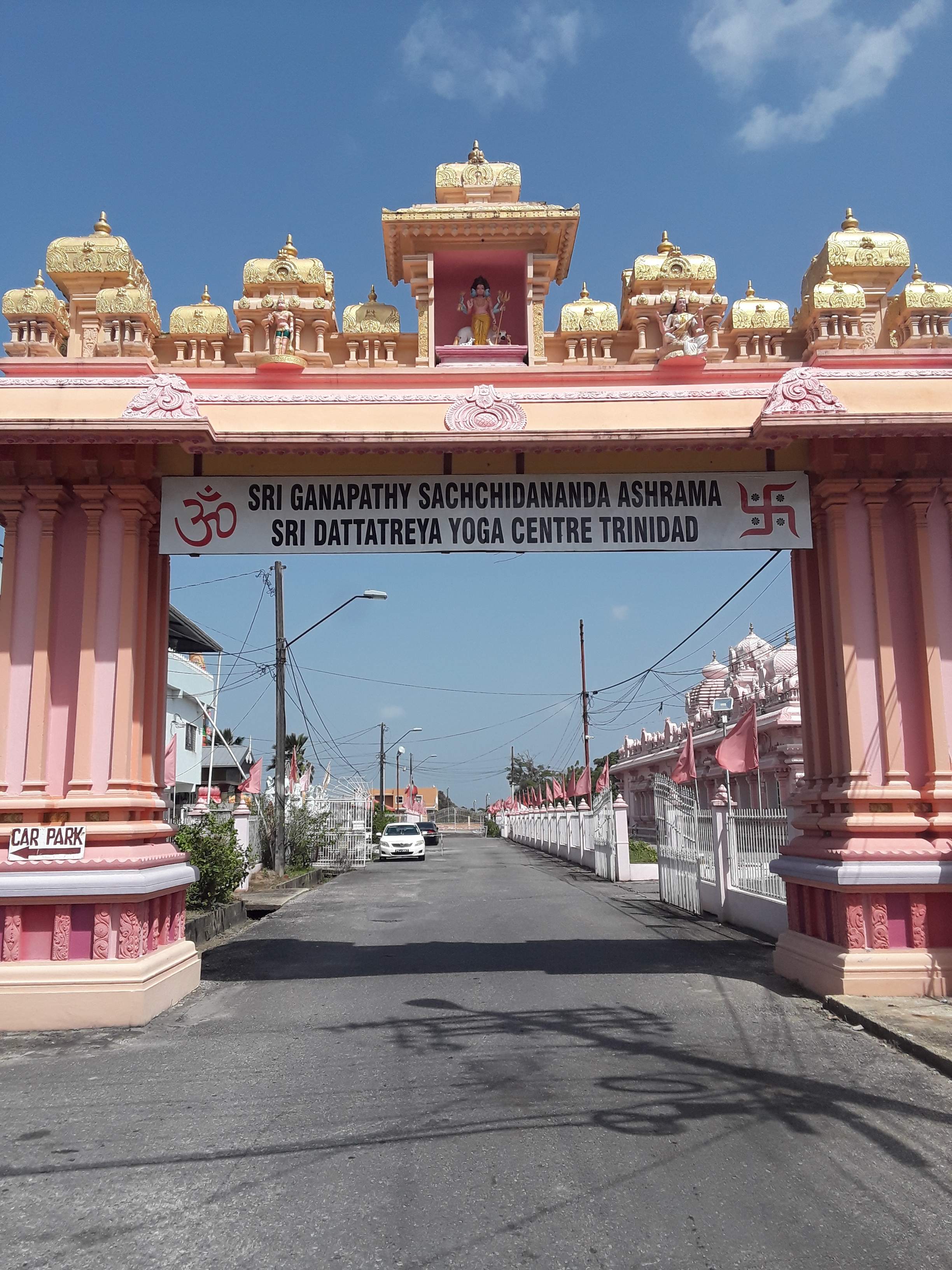 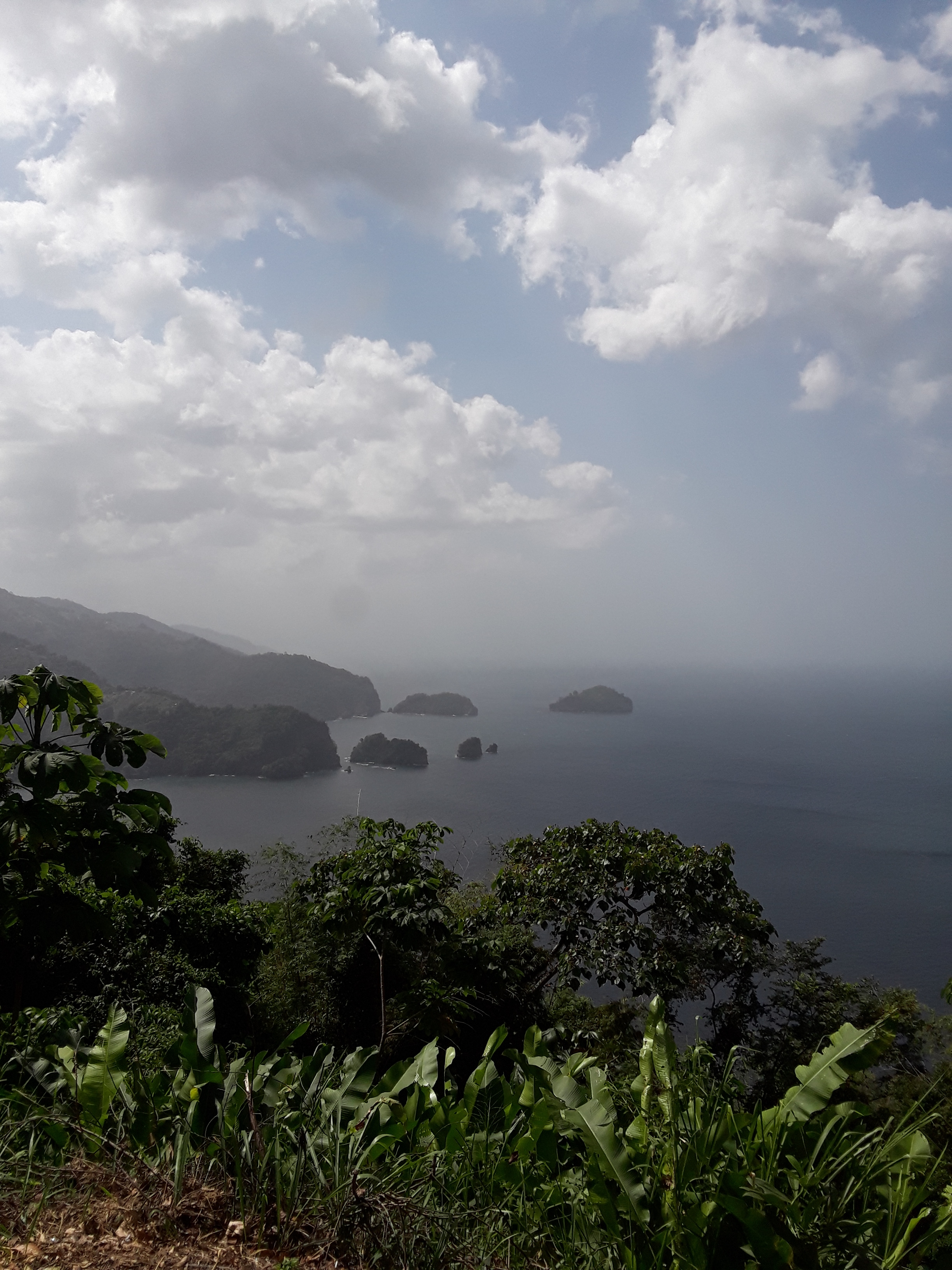 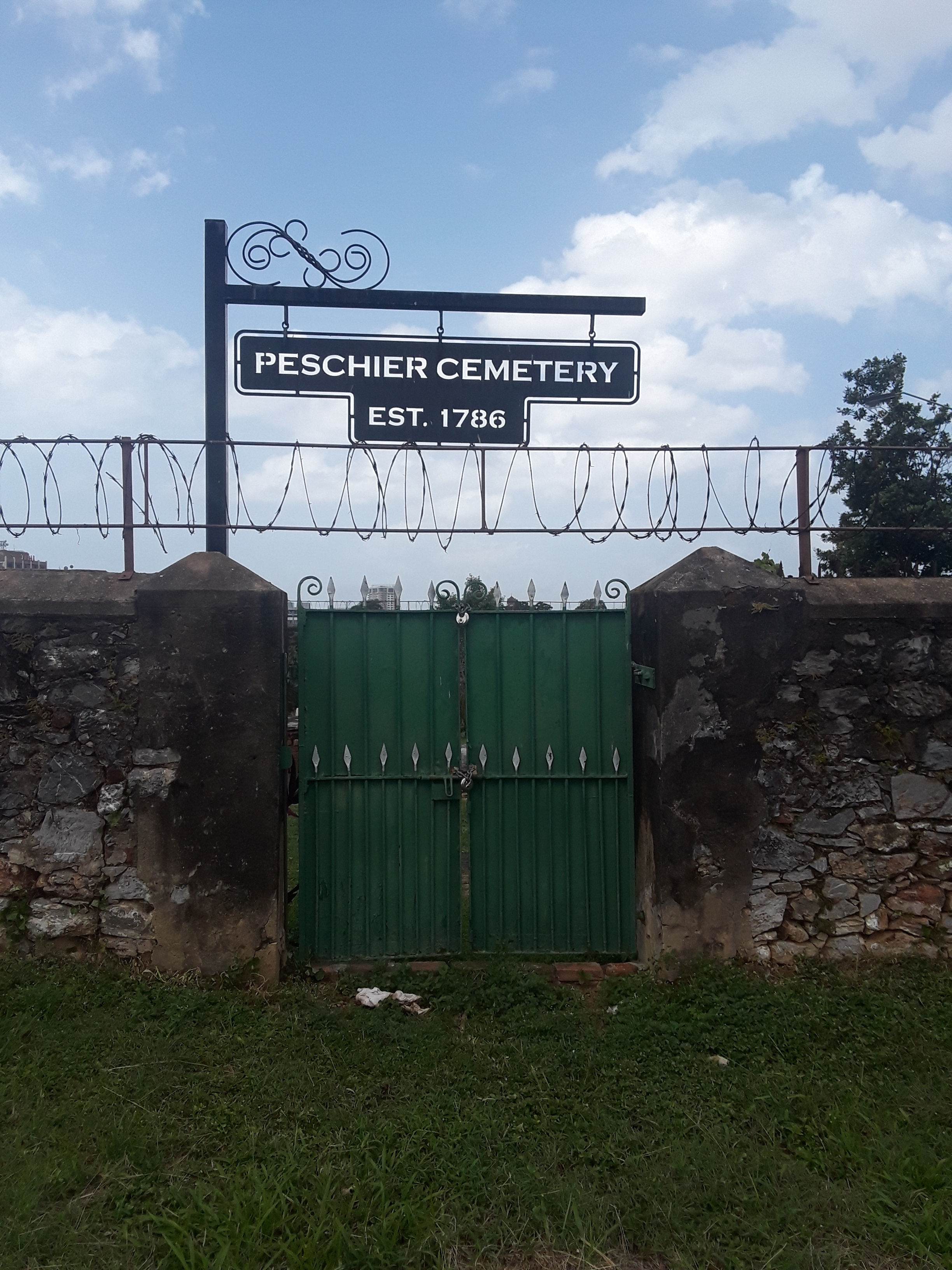 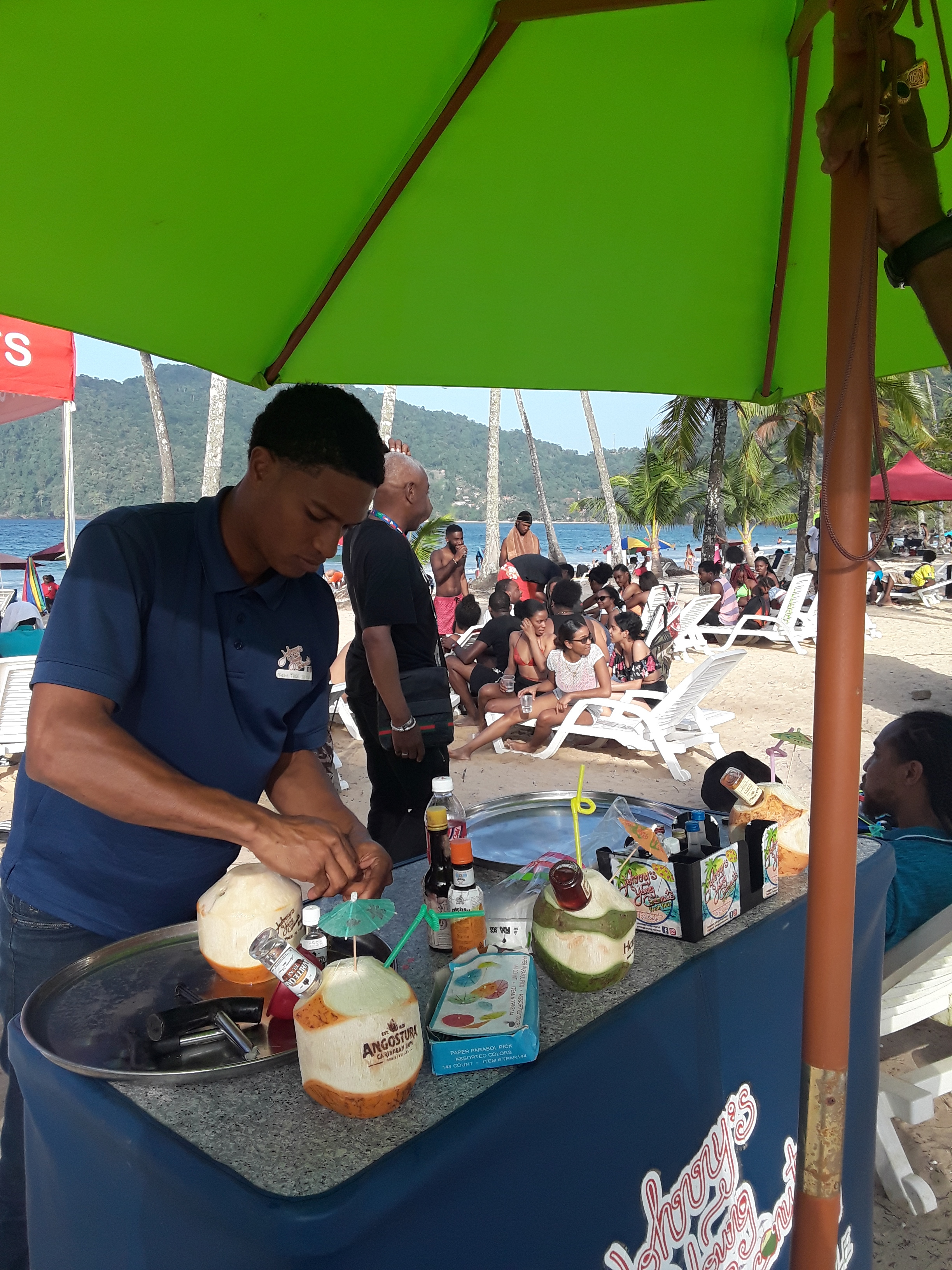 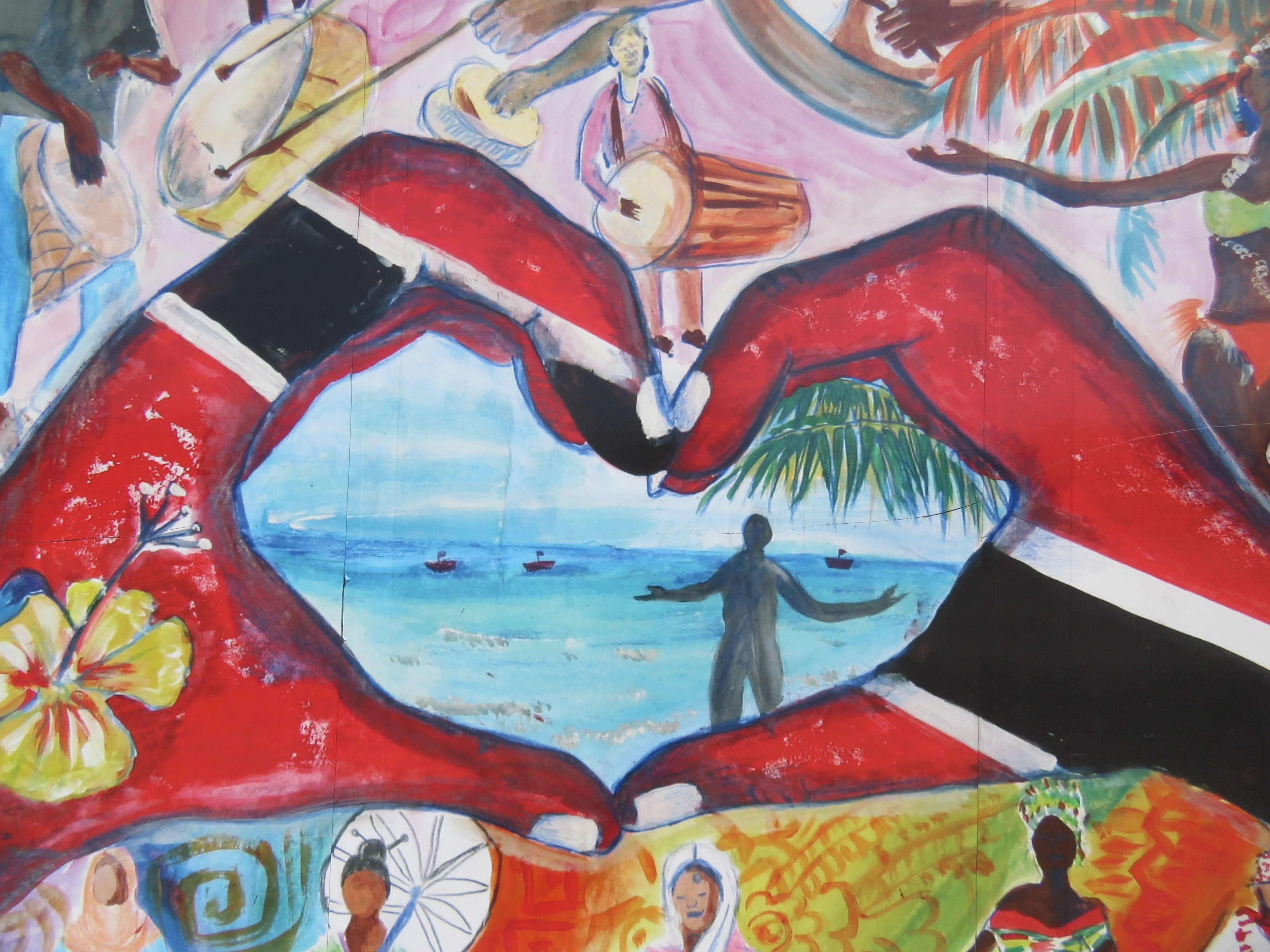