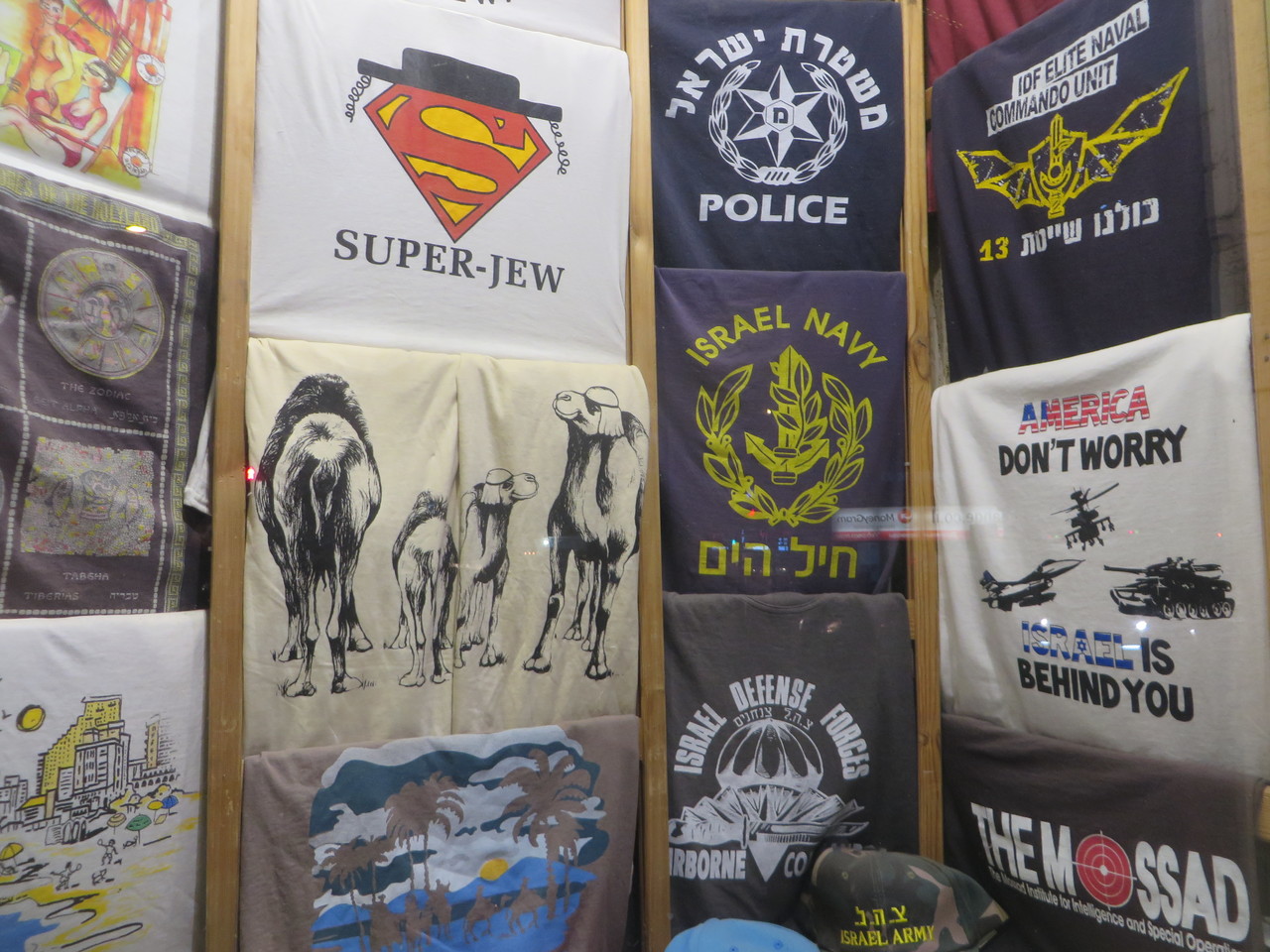 My curiosity about Israel was overwhelming. I had a compulsion to see and touch the places depicted in the Bible and Torah. No longer satisfied with reading about the past, I needed to feel it like a kettle steaming for too long.

First impressions of Tel Aviv was disbelief. Walking down Levinsky Street and past the Central Bus Station, I saw Sub-Saharan Africans in their shops wearing kippas, Russian women working the streets, and distressed buildings crumbling.  My expectations prompted me to fantasize a scene out of West Side Story complete with dancing rabbis and everyone speaking Yiddish. Instead, I heard multiple languages and dialects but not a word of Yiddish. 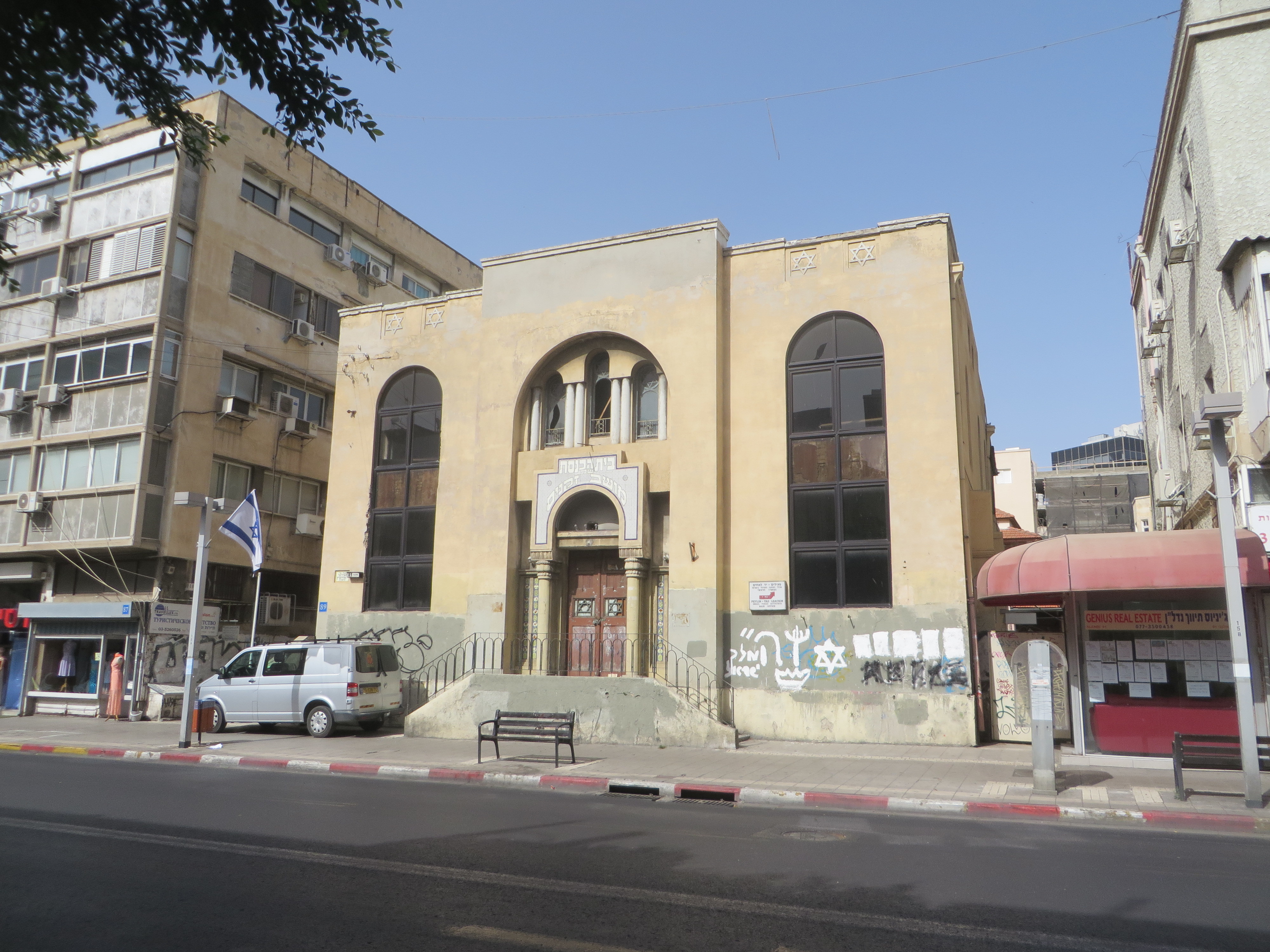 As I approached the Mediterranean, the people filling the landscape changed. They became younger, fitter, and cosmopolitan. Restaurants lined the curves of the sea, the well-off sat at their reserved tables to dine on wine, hummus, and grilled meats. It felt unreal. How could this be Tel Aviv? It looked nothing like what was described on the news. In fact, it was more like Miami complete with rows of people jogging throughout the day to stay in perfect shape. 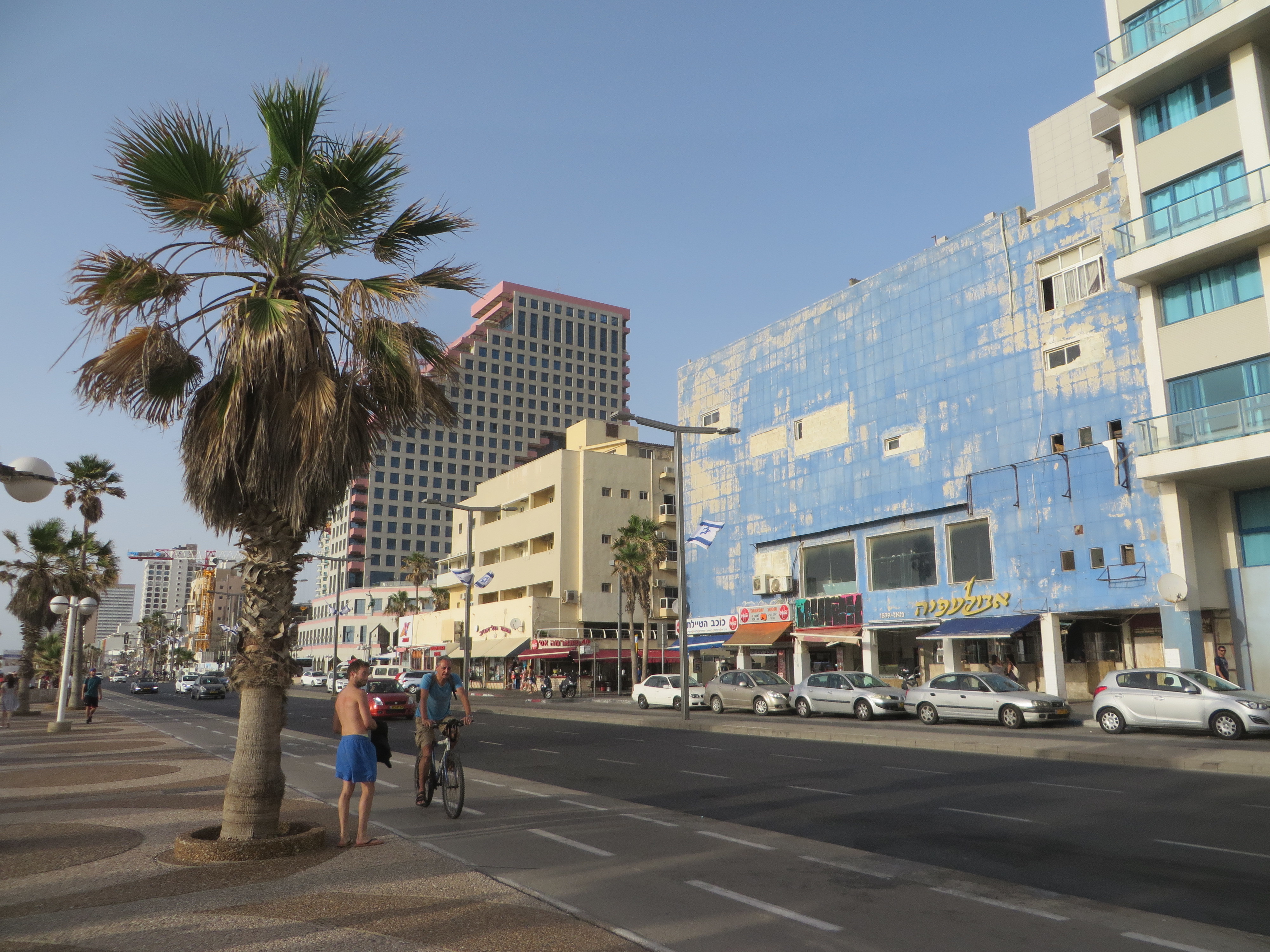 While absorbing what was happening around me, the sun started to set. I began to ponder, “Where is everyone else? Where are the un-cosmopolitan, the out of shape,?”. A brief conversation with my waitress resulted in a hand-drawn map and list of places I should pay more attention to. Soon, I was returning to the interior of Tel Aviv. 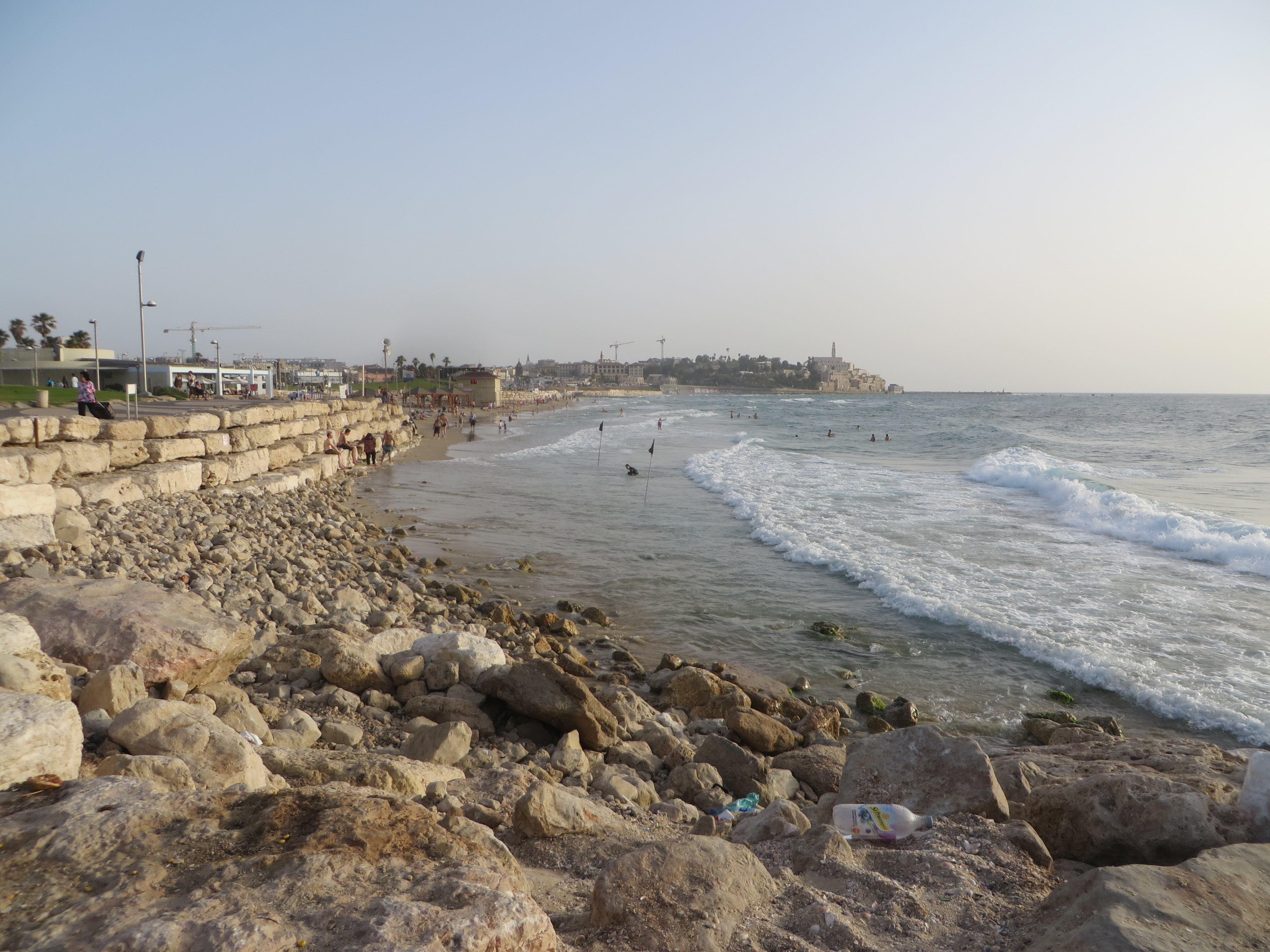 Long streets were filled with Arab and Jew selling their wares. Malls, markets, bars, restaurants under neon lights and a touch of humidity, although with a hint of coolness in the air. I found my favorite new bar as the street turned residential. The hostess sat outside, listening to music from the jukebox by a few seats and tables. We chatted as patrons sat at the tables and as our conversation waned, I ended up drinking alone. 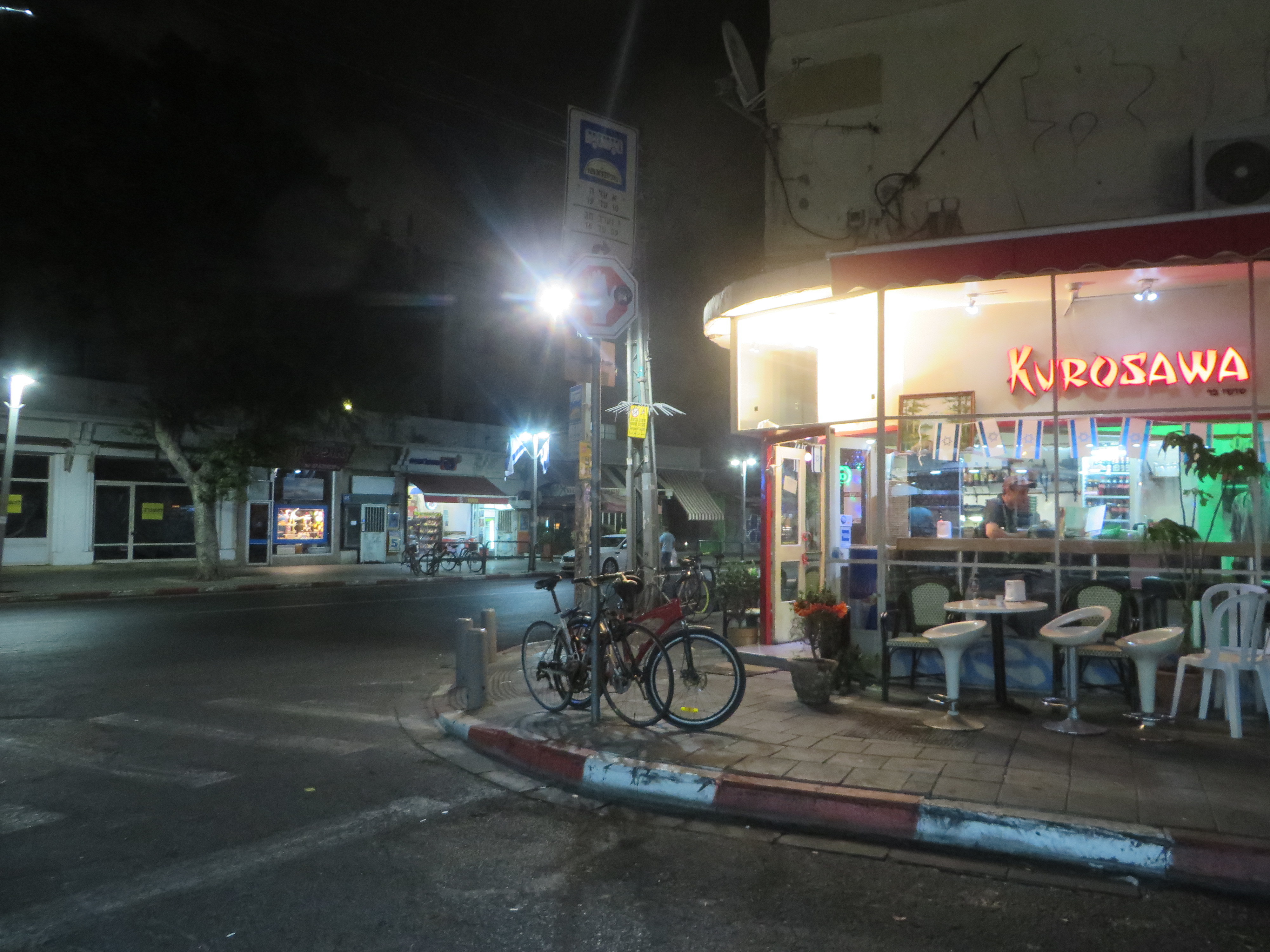 My second favorite bar was near my hotel: two small rectangles joined by a small strip at the end; cozy with warm tungsten lighting. I bonded with others over beer and shots of liquor. I was constantly told, “Tel Aviv is nothing like the rest of Israel, as you will see. We are more diverse and open minded here.” I later realized this was true. 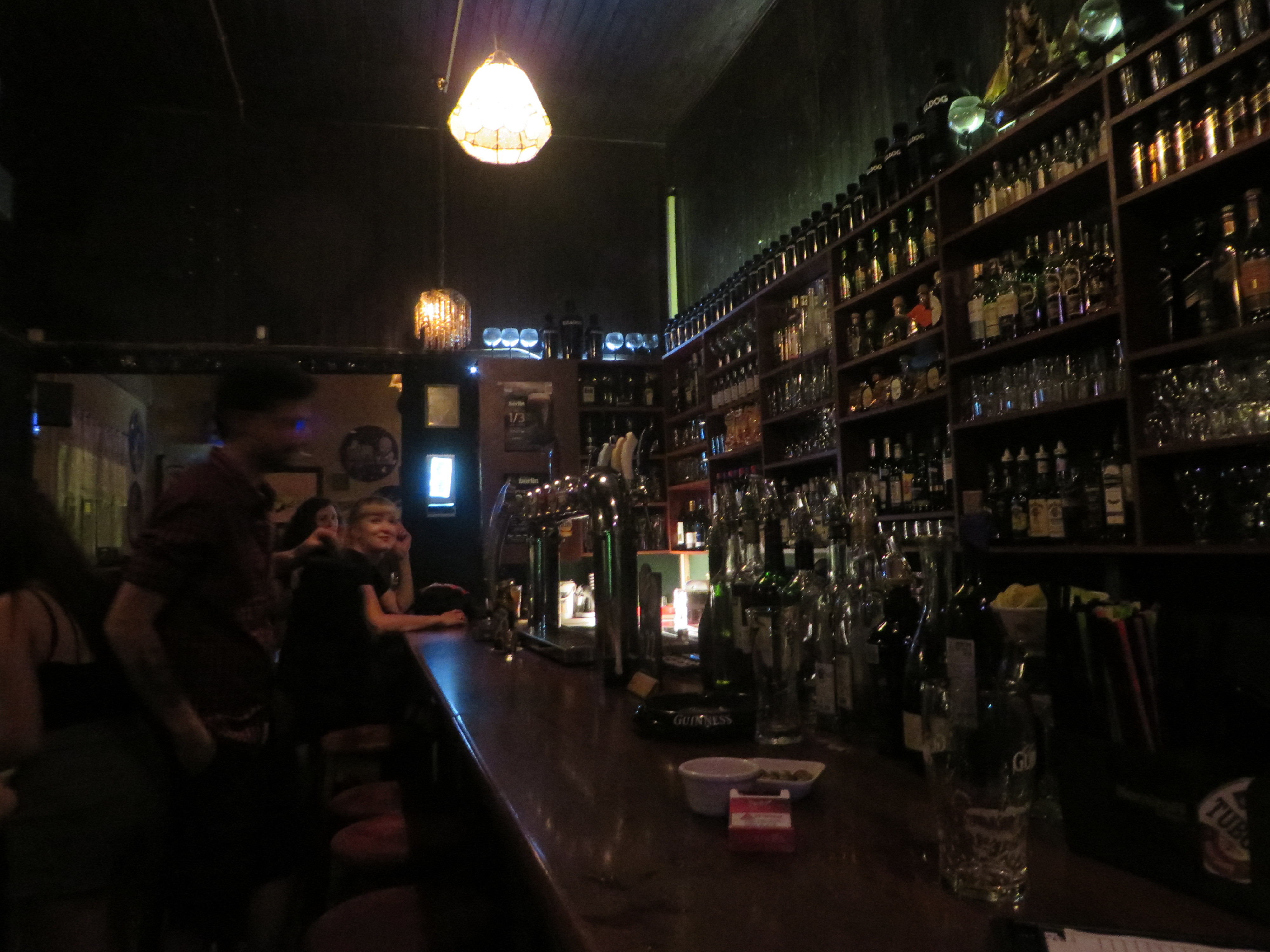 Argentina, Uzbekistan, and Poland were some of the countries listed as the patrons' country of origin, but Israel is where they all called home. When a young lady told me she was from Nazareth, I was in awe. “Wait, Nazareth is Jesus’s home town.” 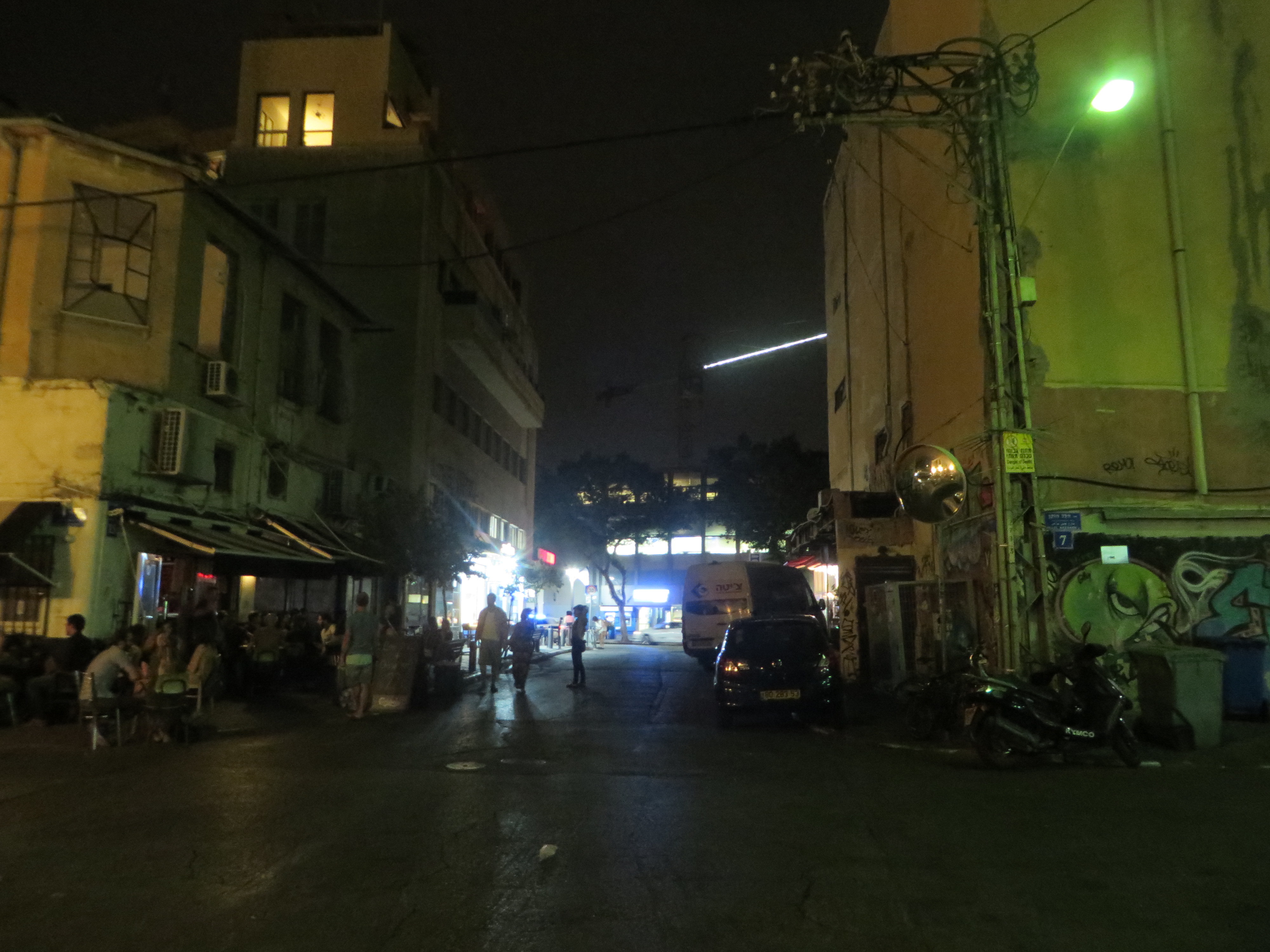 As the night continued, the conversation turned political. My instinct kept me from expressing my opinion, but I will always listen to others unless the conversation turns hateful. The evening wrapped up with me meeting the owner, a friendly older man. He only spoke Hebrew, but our gestures communicated our intent and thanks. As I started to walk away, I could hear people asking me to stay and dance as another person challenged me to jog to Gaza. Quietly, I declined.

The next day, I followed the Mediterranean to Jaffa (Yafo). 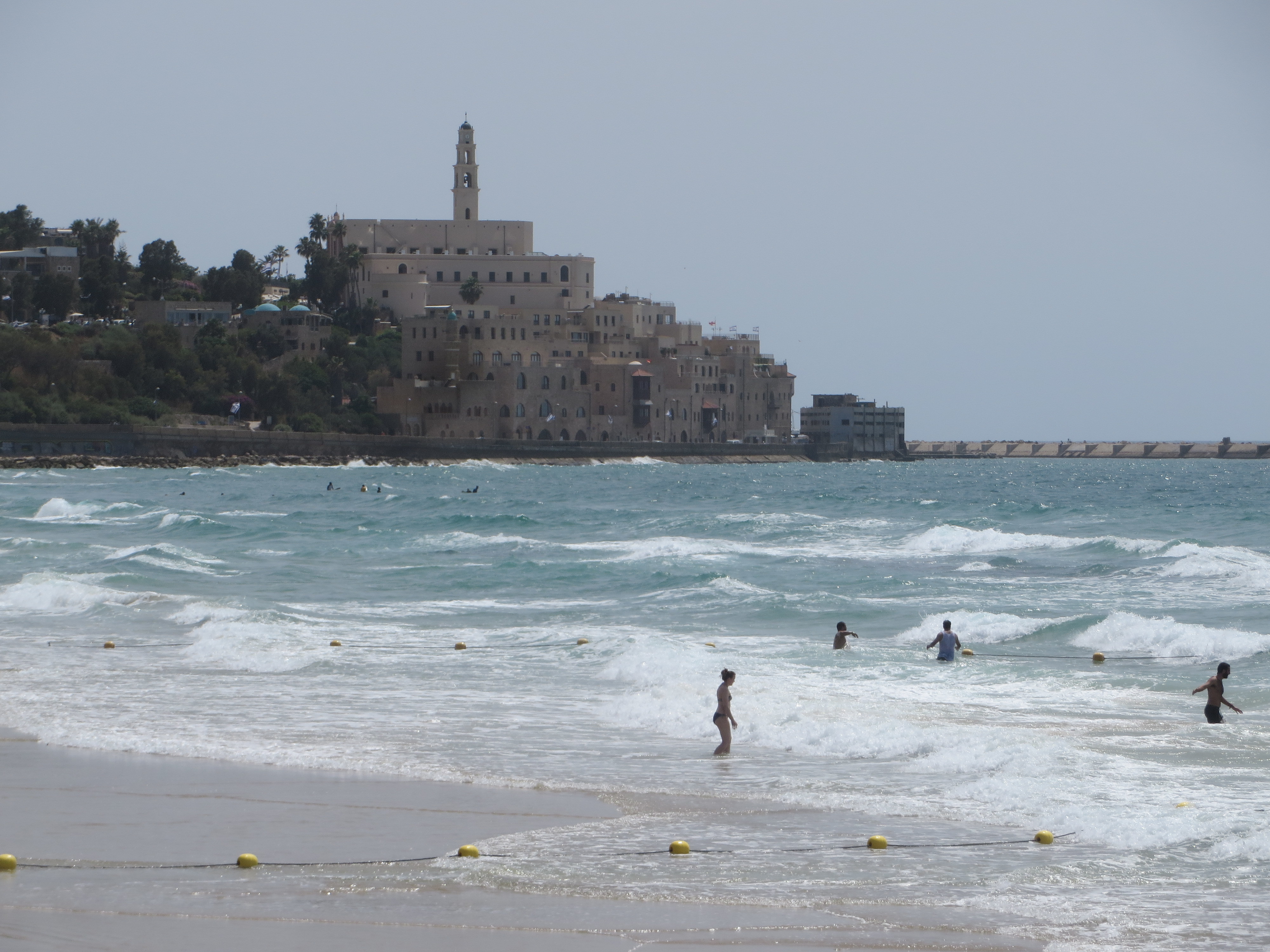 An old port town south of Tel Aviv is immensely more interesting, to me at least, than the city proper. Flourishing during the Canaanite Period (20th Century BC 12th Century BC) and surviving the Egyptian and Roman Empires, Kingdoms of King Hezekiah and King Solomon until conquered by Napoleon. Prior to 1948, the area was entirely Arab until turned over and made a part of Israel. This brief summary of Jaffa's long and storied past do not do it justice. 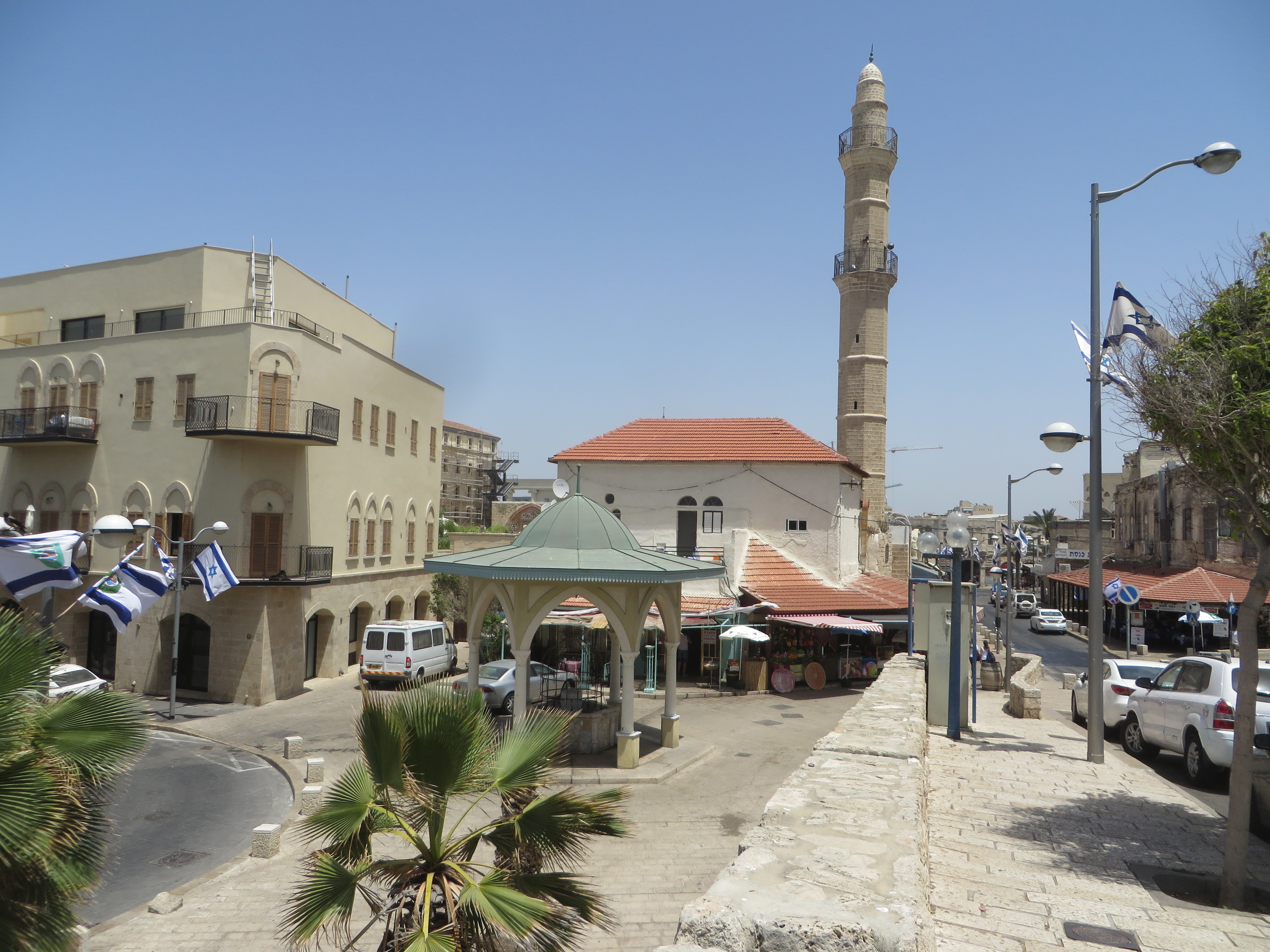 While orientating myself next to the Jaffa Clock Tower, teenagers on their birthright trip took selfies of themselves and their surroundings and then they follow their guide like ducks in a row. 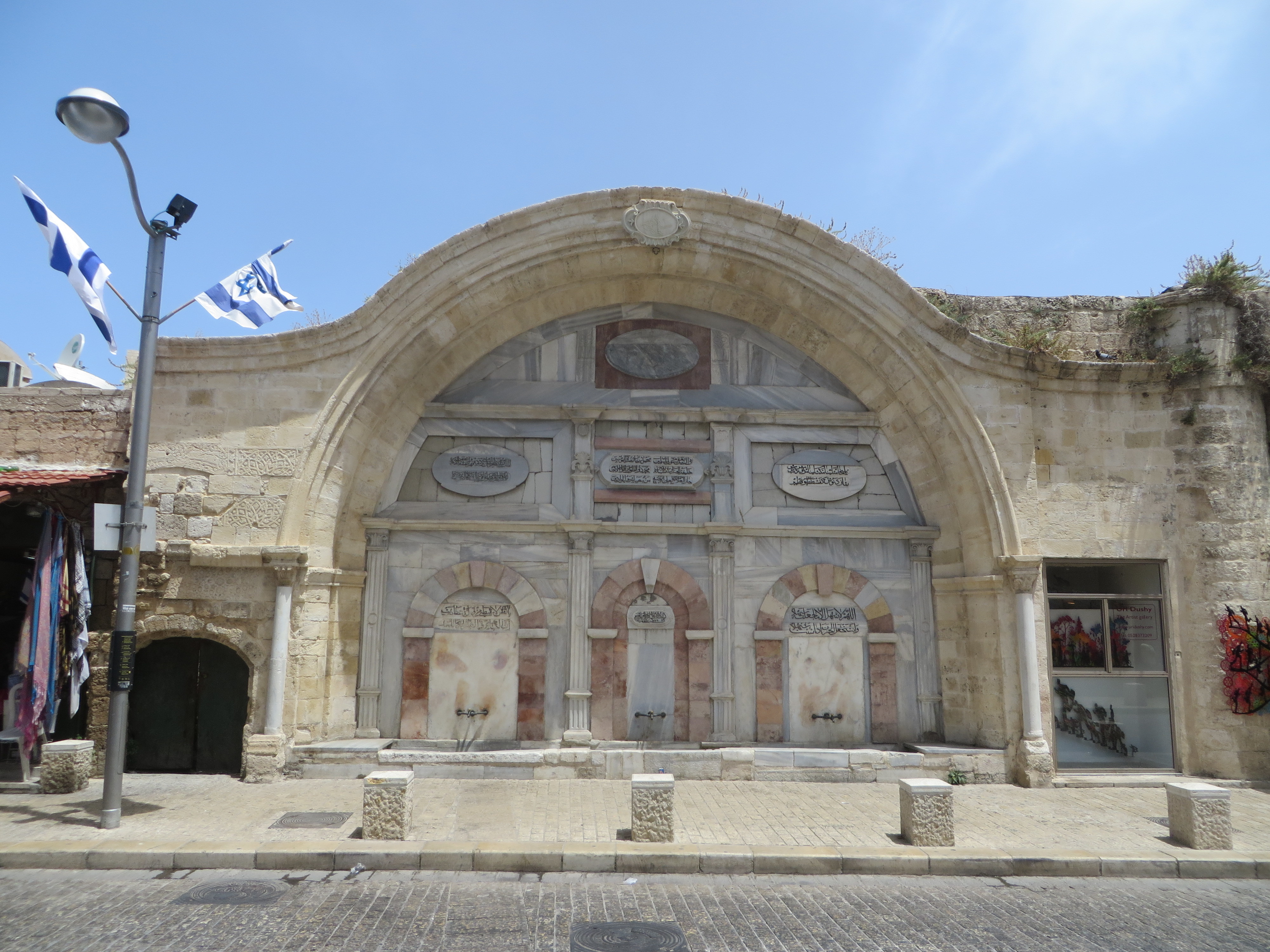 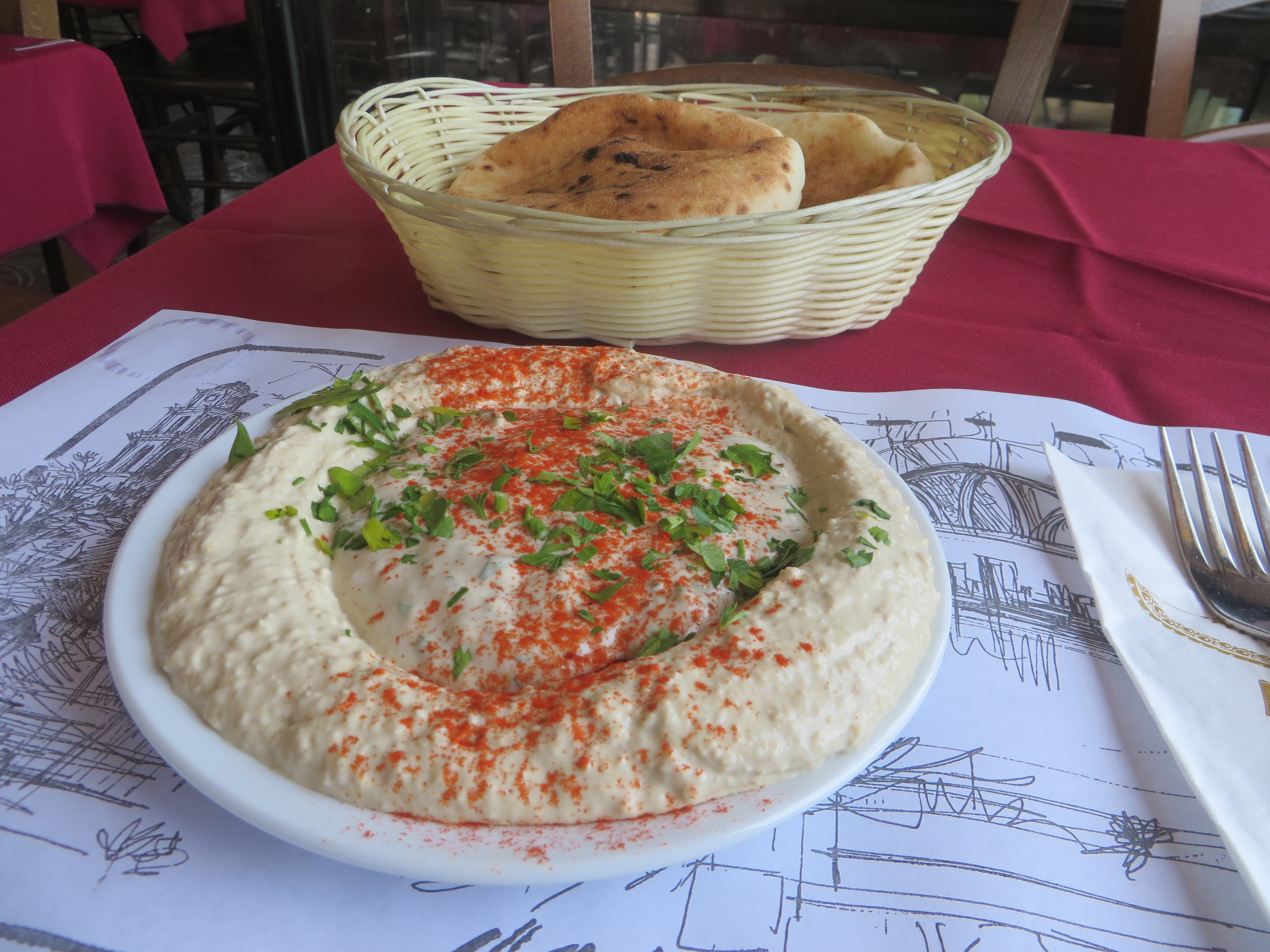 While in Tel Aviv, you forget that your in the desert but in Jaffa you're quickly reminded of that fact. Wandering around St. Nicholas Monastery, St. Peter's Church, Rameses' Gardens, and the Archeology Museum took it's toll on me. As the sea stayed at my back, the humidity replaced the soft breezes. After some time, I needed a moment to cool down and returned to the Clock Tower. I took this opportunity to drink water and spend time in the shade. 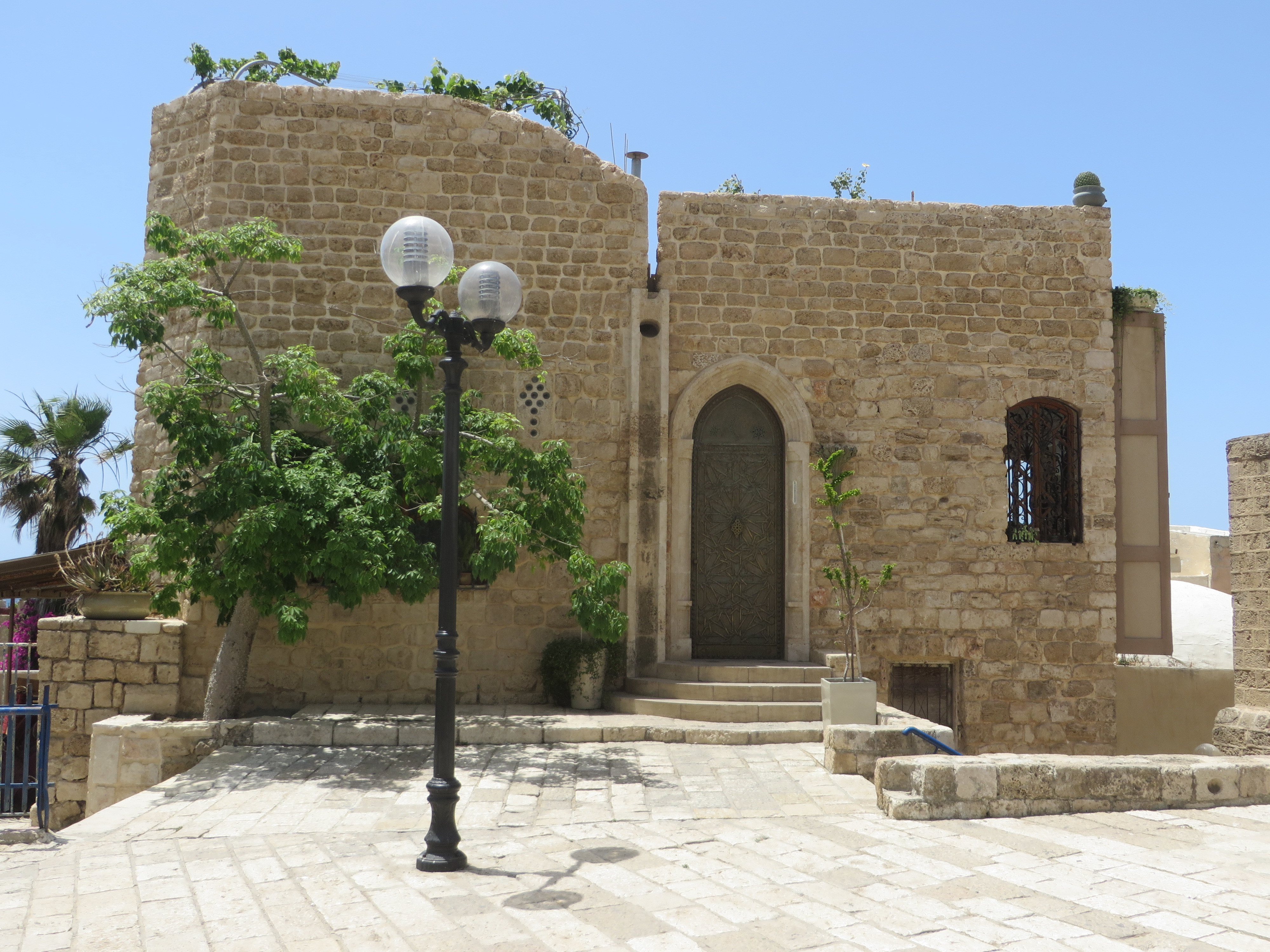 After regaining my strength, I headed east to a marketplace where merchants veyed for attention to showcase Persian silk scarfs, rugs, and clothing. “Come, Come, American? This is best silk from Persia. Tell me what you want.” A standard pitch from a few owners. Those whose English was limited gestured with their hands to get me into their store. 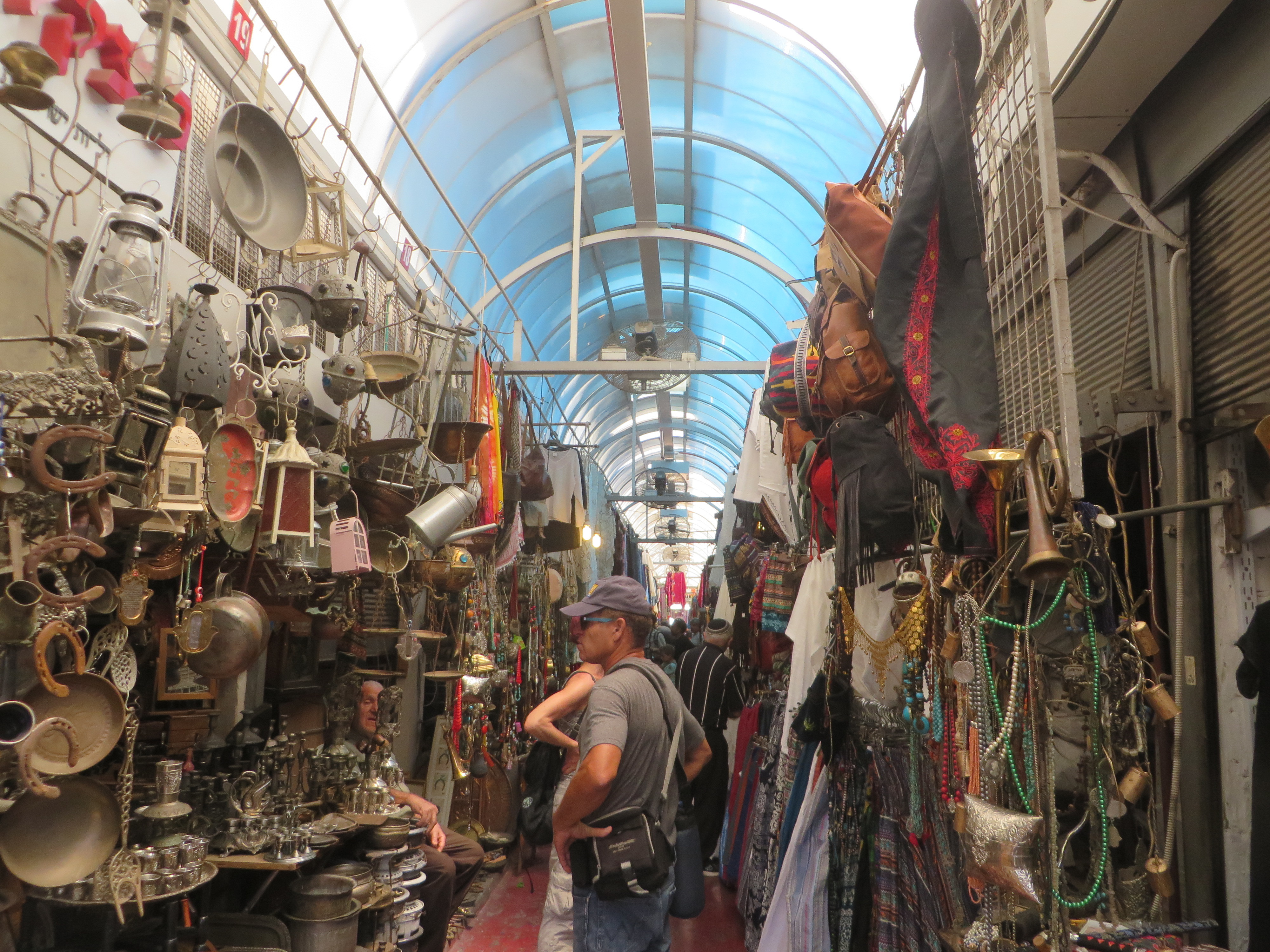 Not finding what I was looking for, I ventured out to find more “stores” seemingly carved out of rock. Standing in the middle of the street, I noticed the variety of goods being sold: car parts, furniture, more rugs, appliances, and seemingly everything needed for a home intermixed with small traditional shops selling groceries or small plates of food. I watched people sit on small stools killing time. The sand and rock baking slowly under the sun took its toll on us all. Gradually, I developed pangs to be close to the sea. Satisfied I had seen everything of interest, I walked out of Jaffa the same way I had entered. 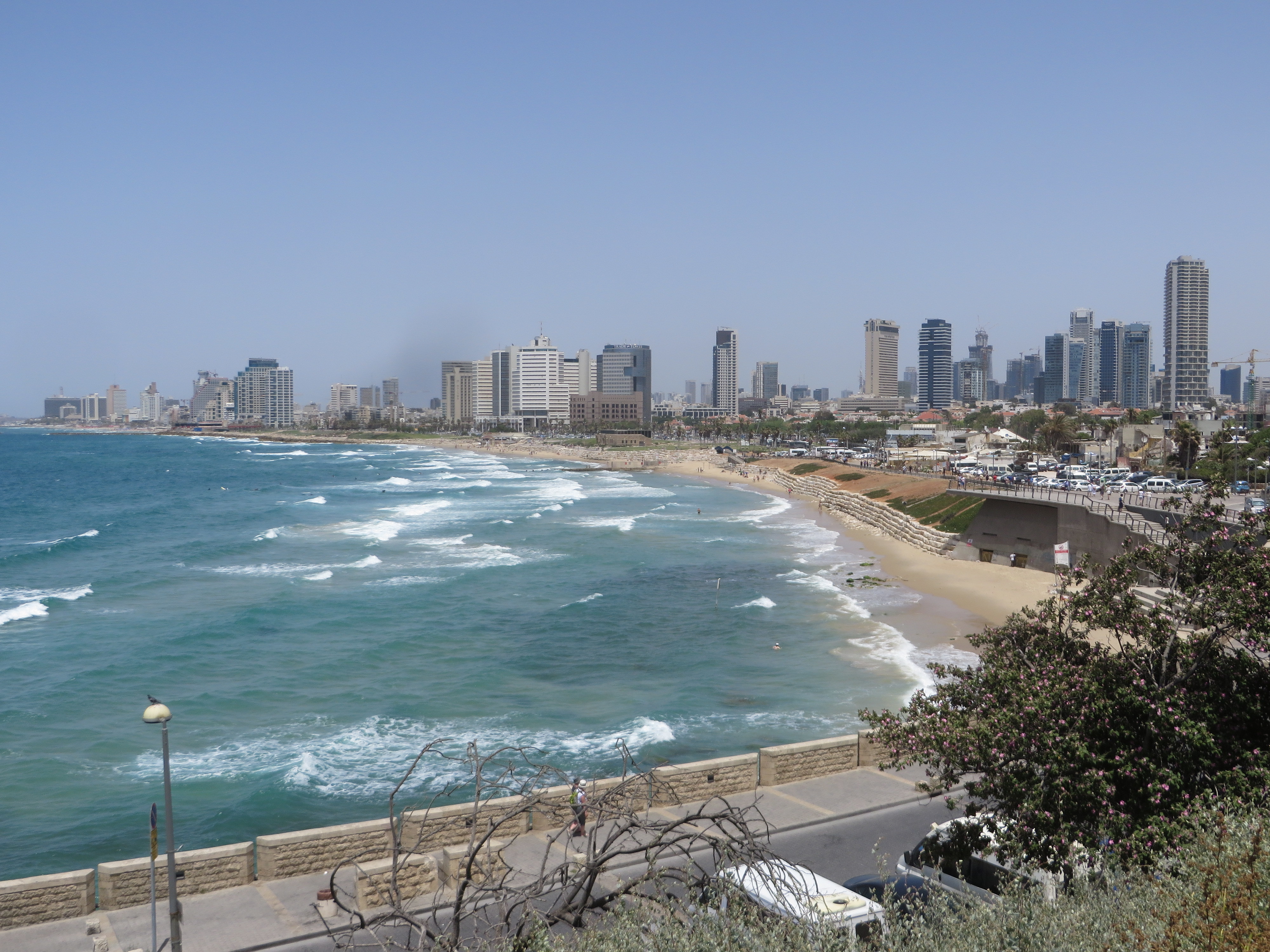 My last night in Tel Aviv, I returned to my second new favorite bar. Once again, I am found joking and drinking with my newfound temporary friends until closing. Tomorrow, I would go to Jerusalem and I was given advice on what to expect and to prepare myself for a more closeminded viewpoint. That is when I started to feel a mix of excitement and worry. 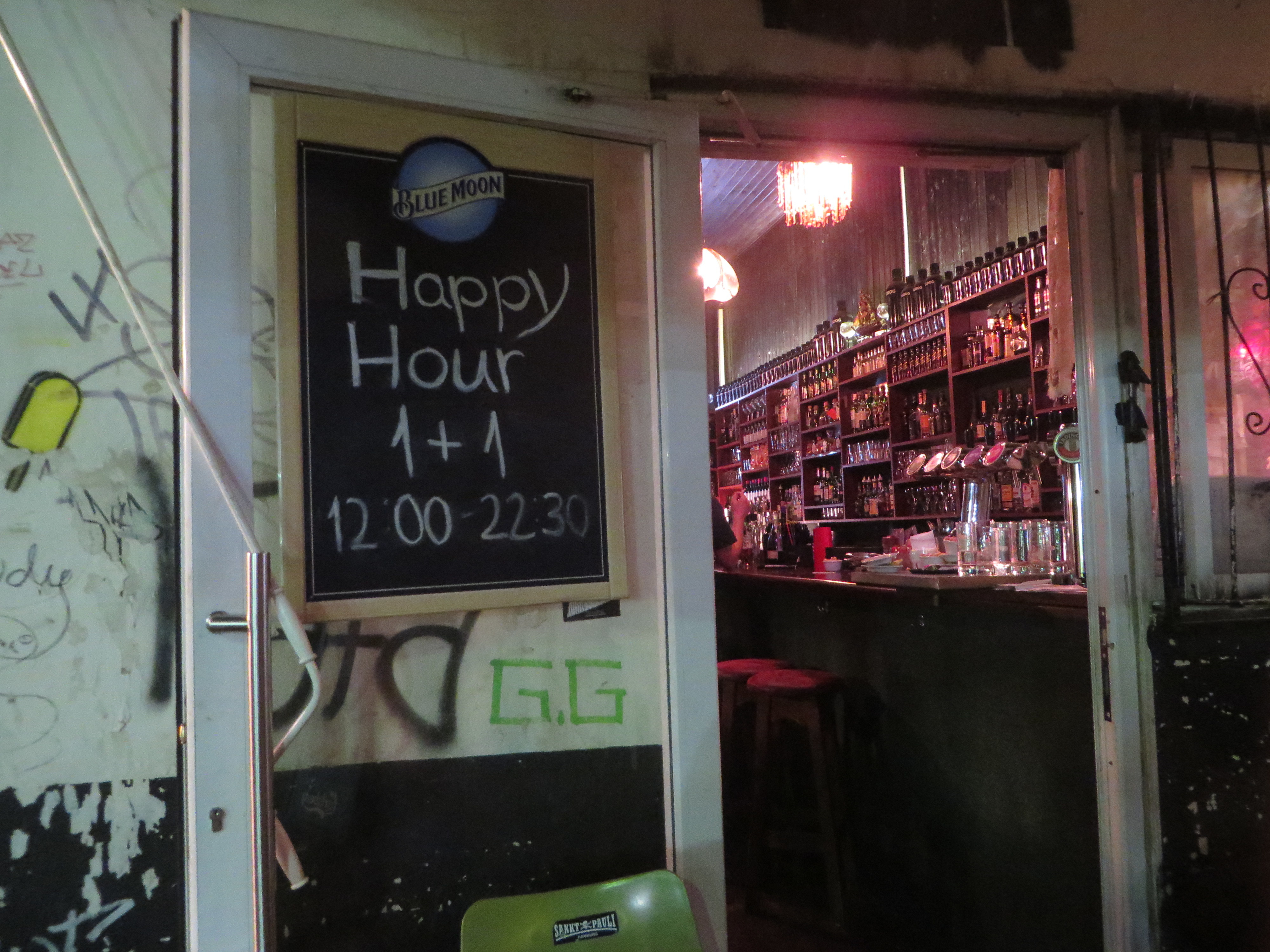 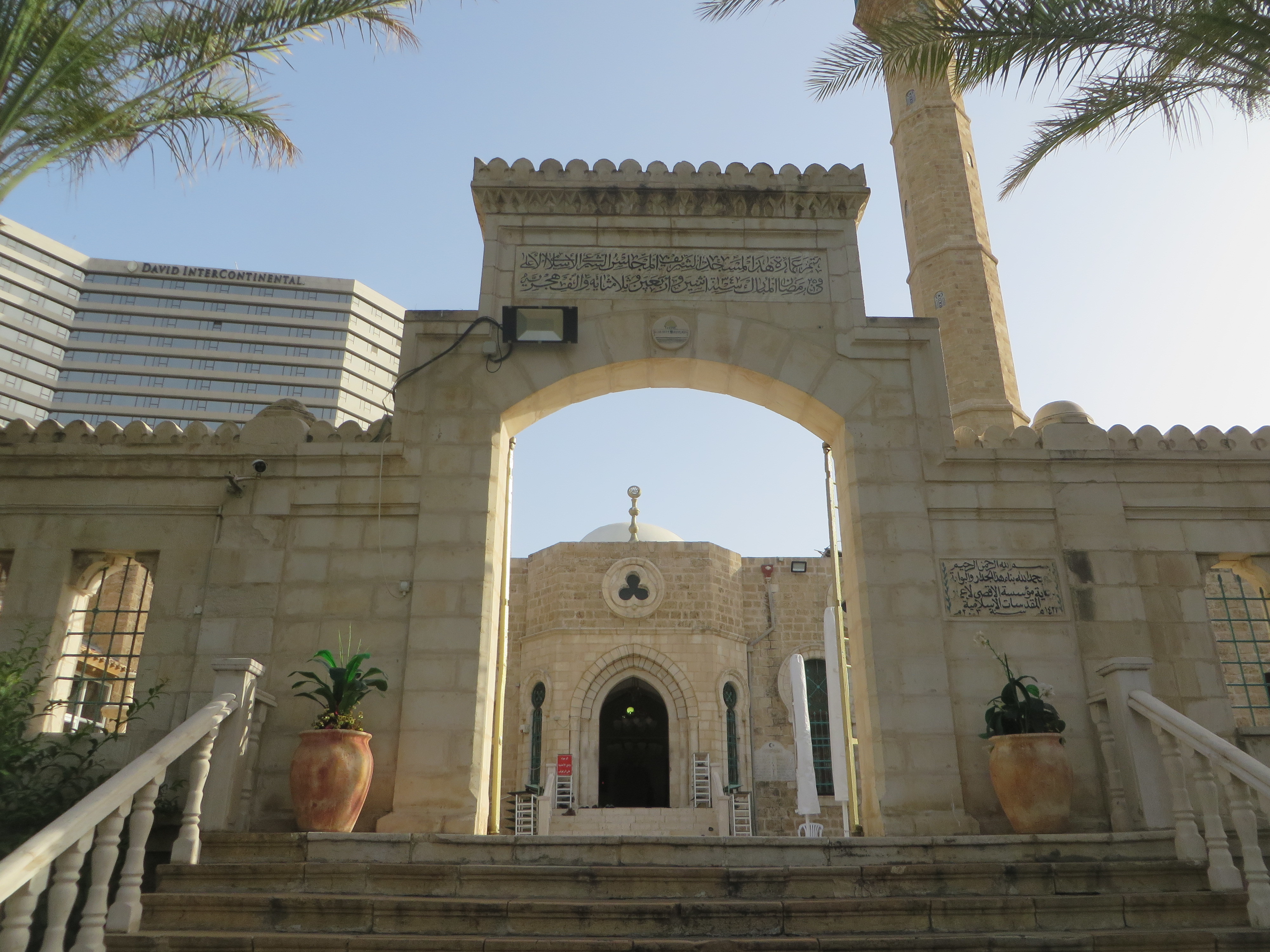 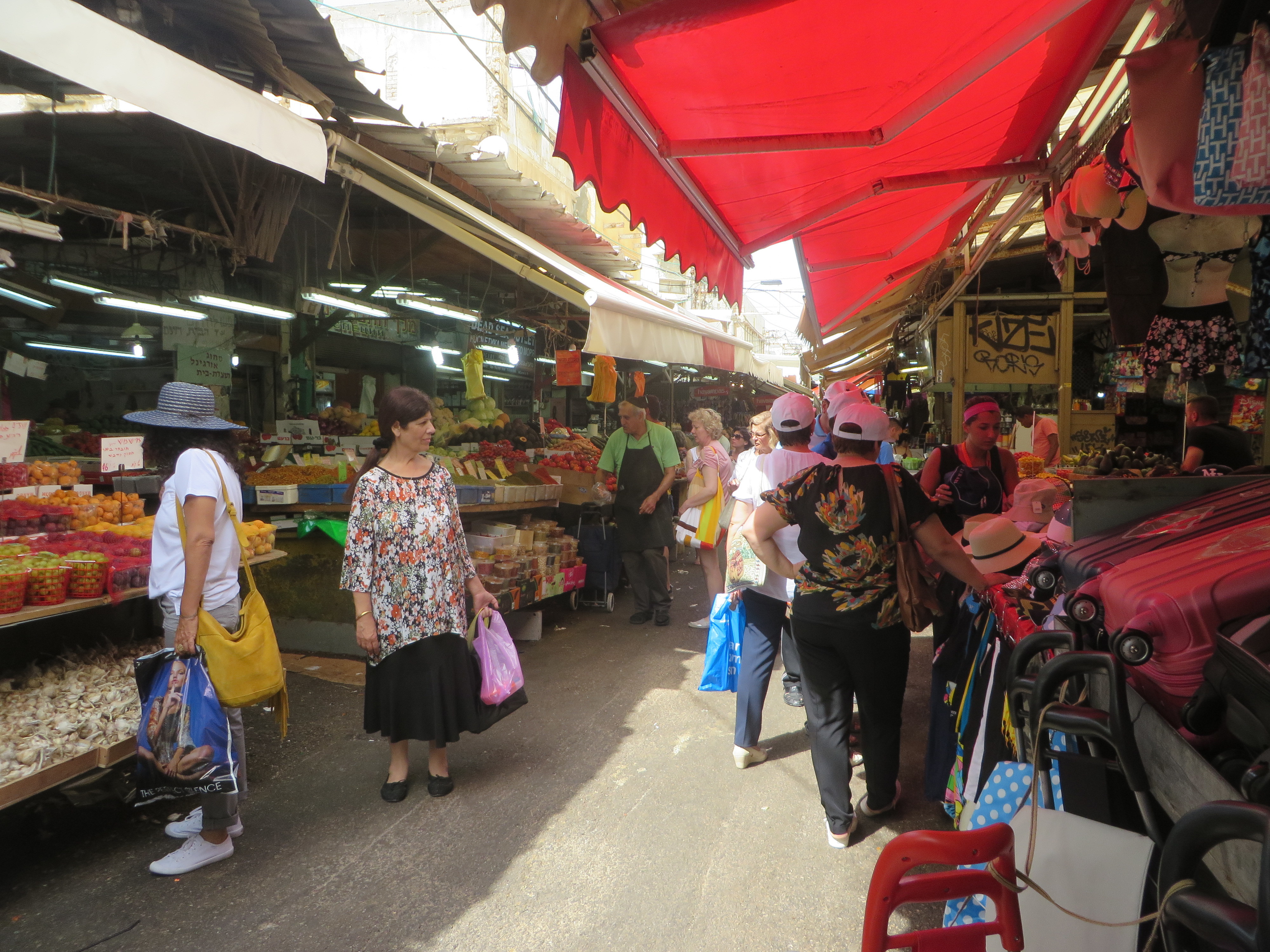 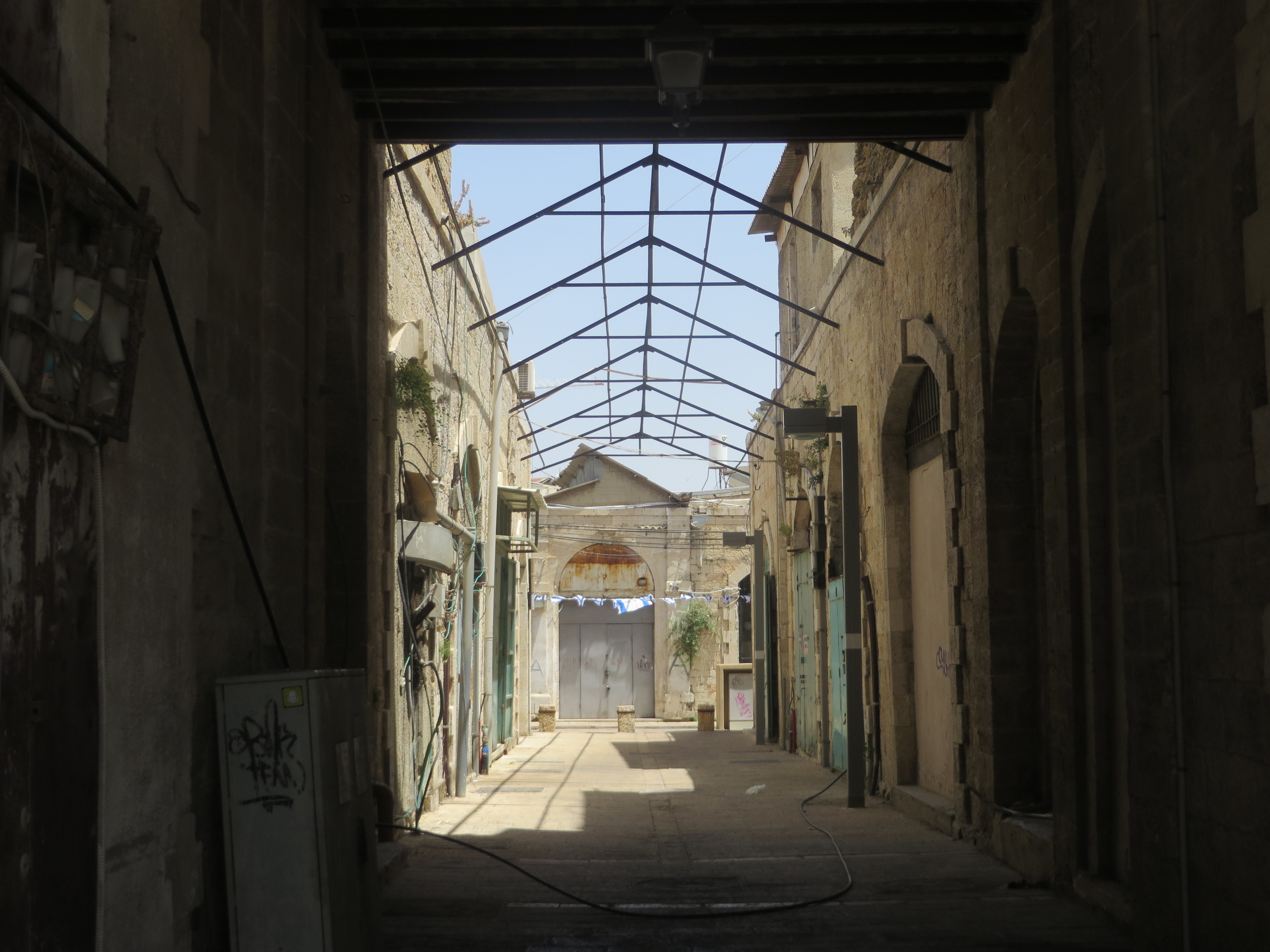 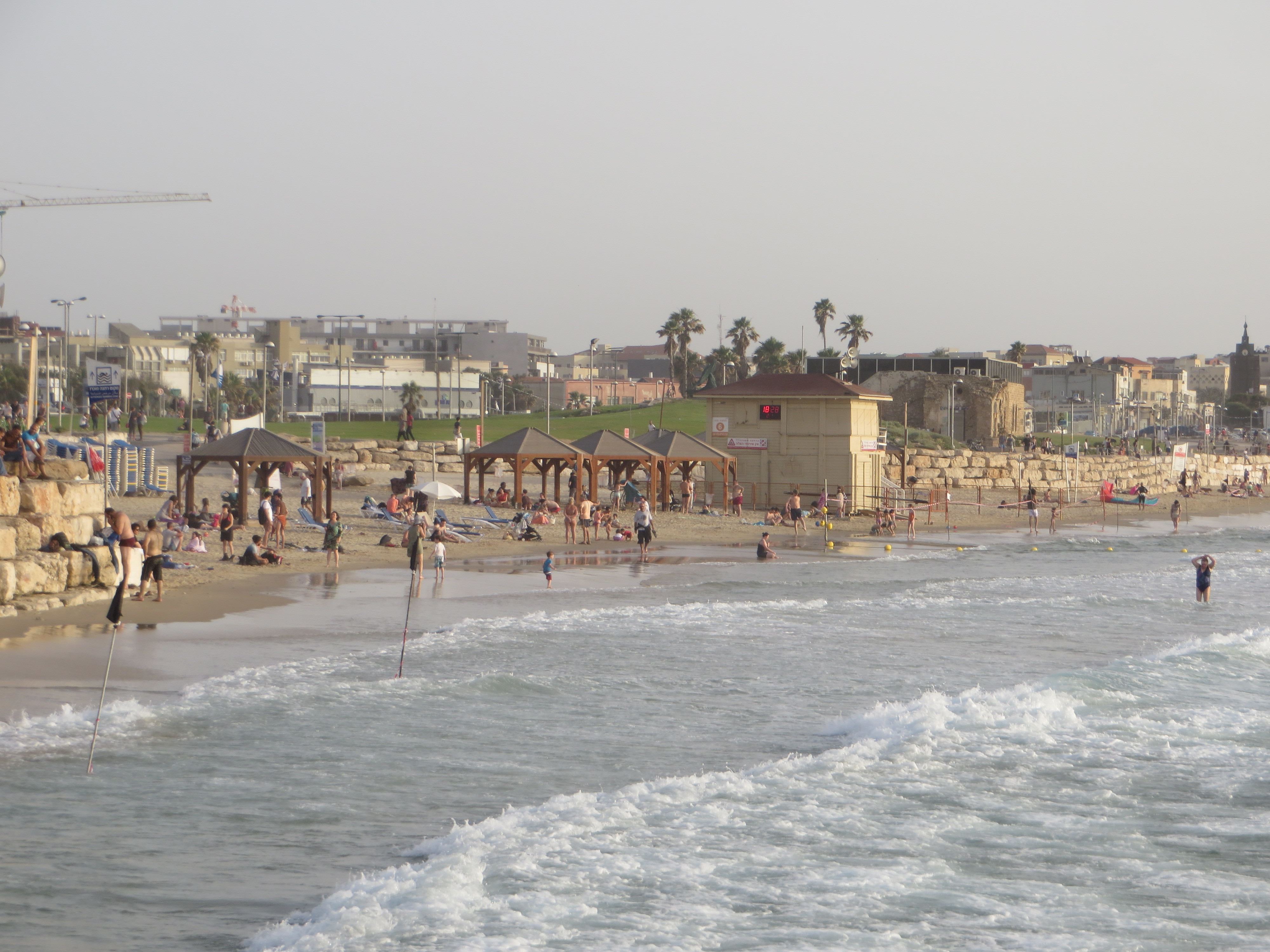 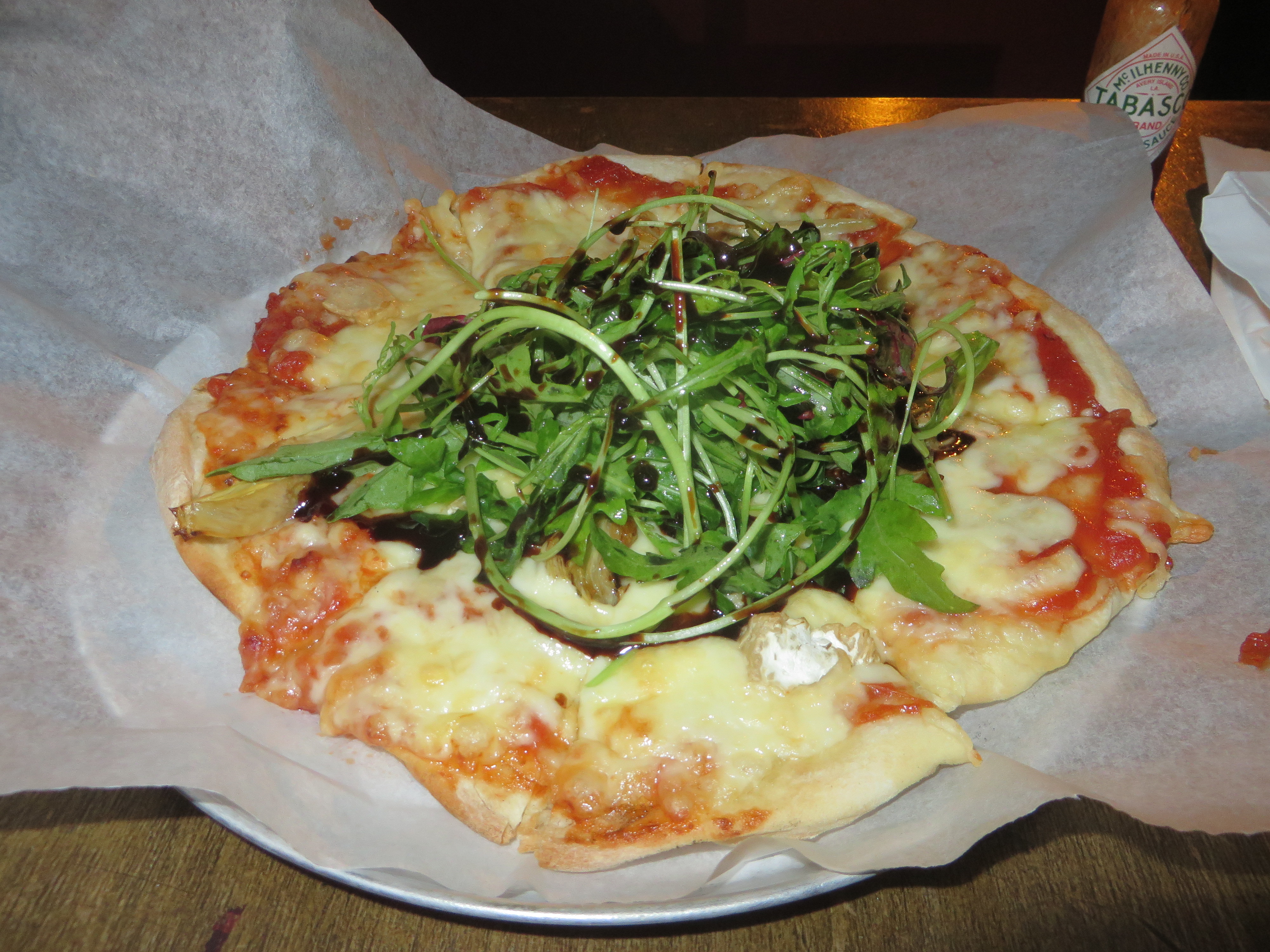 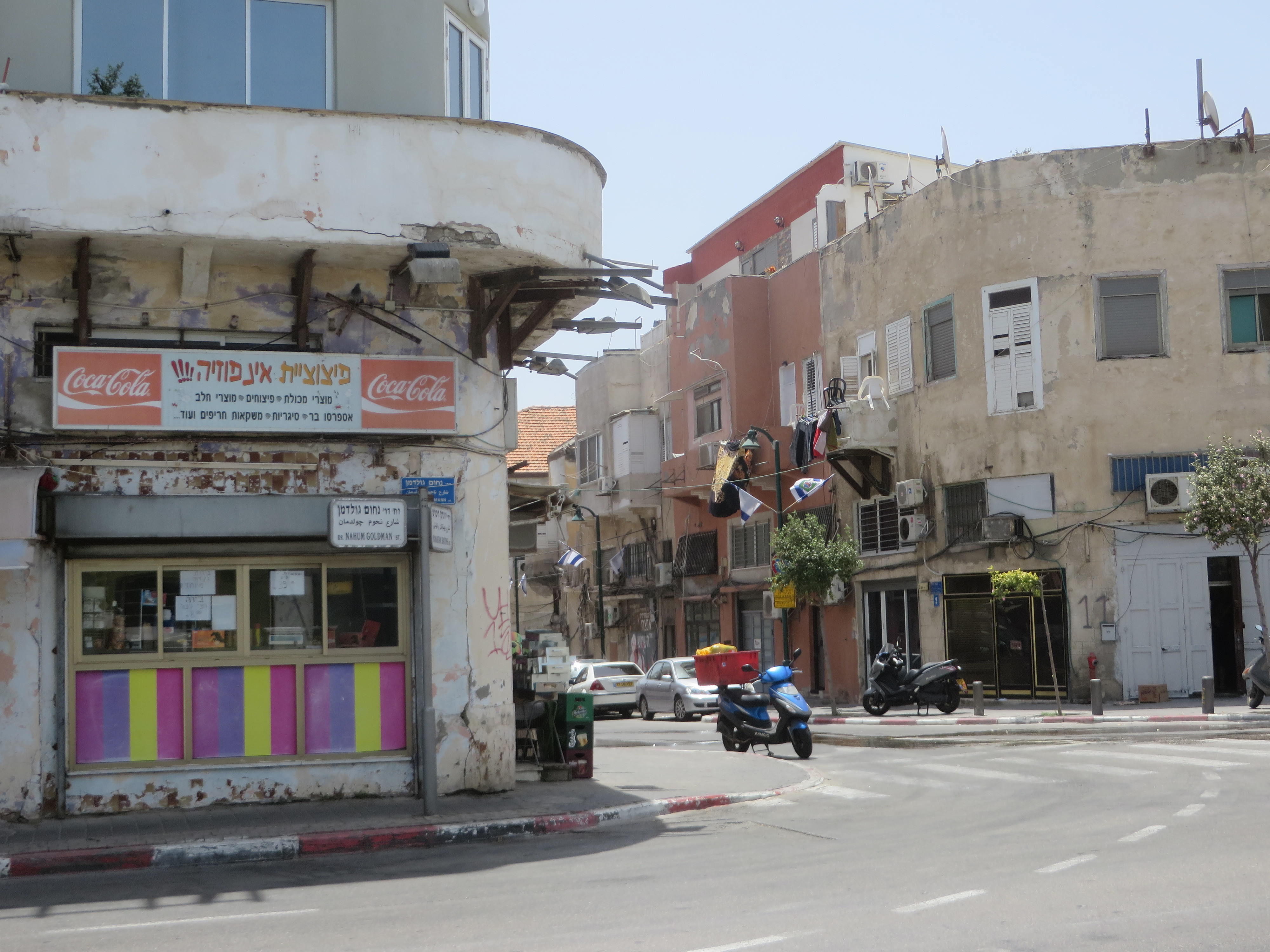 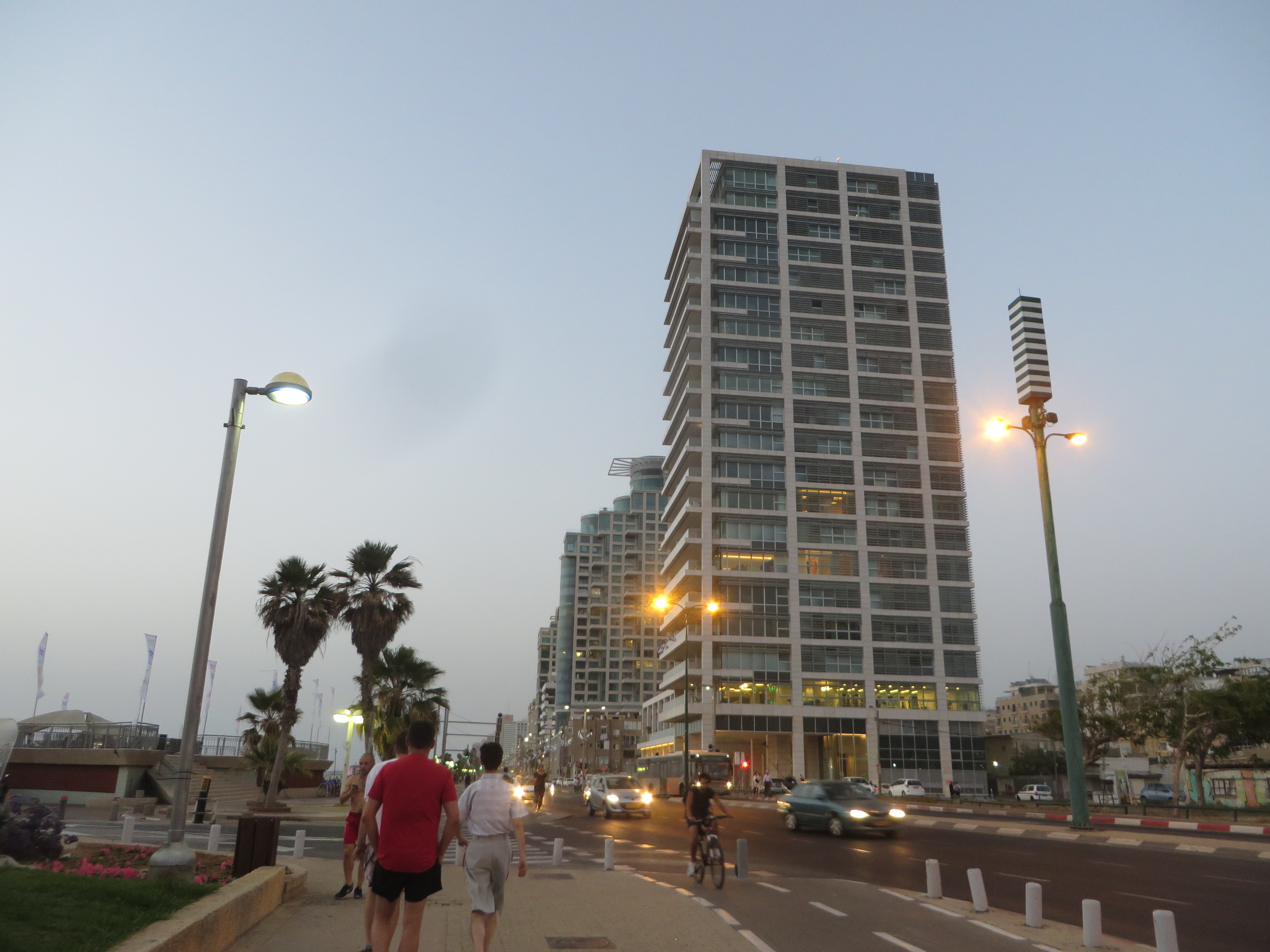 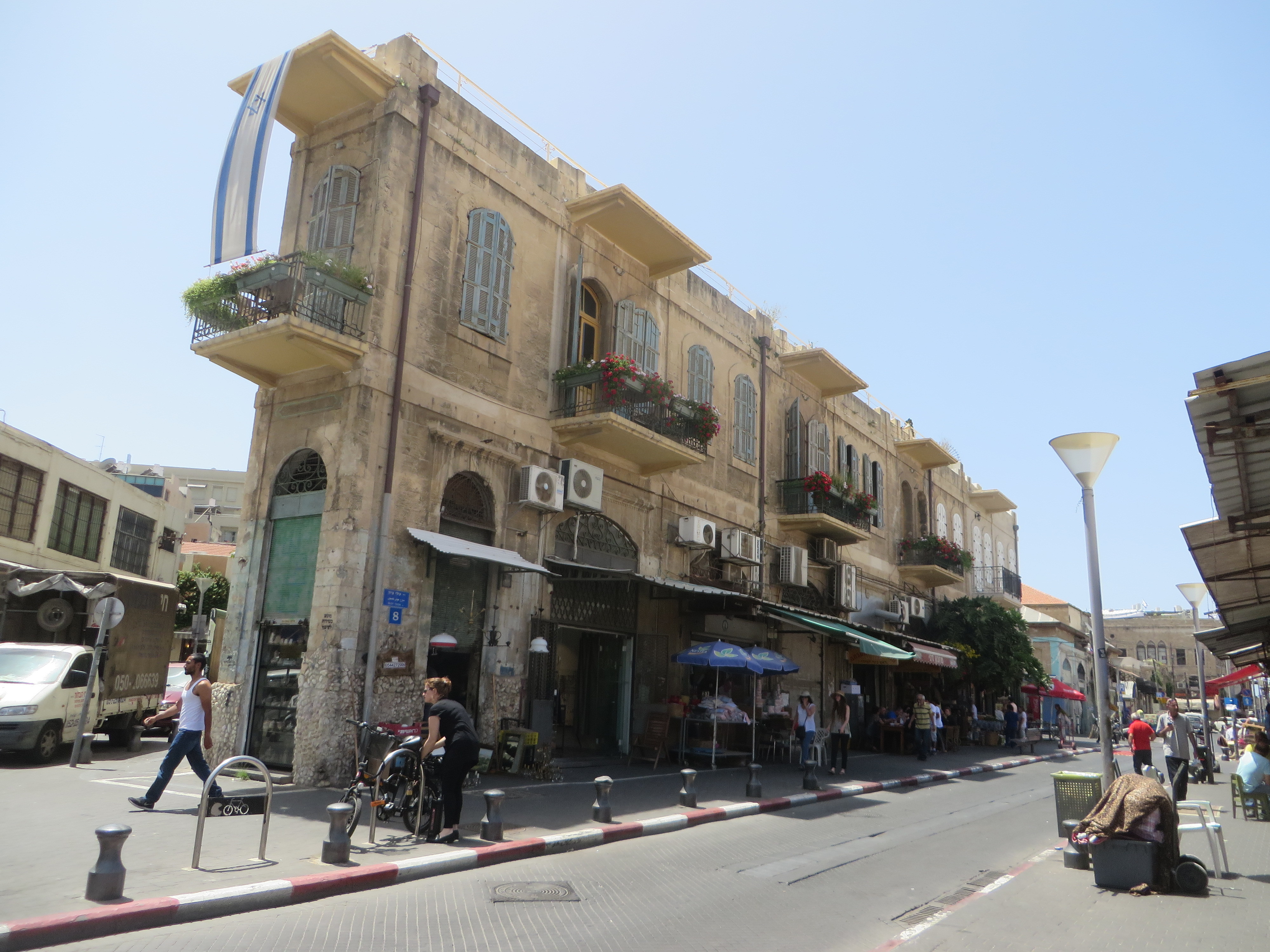 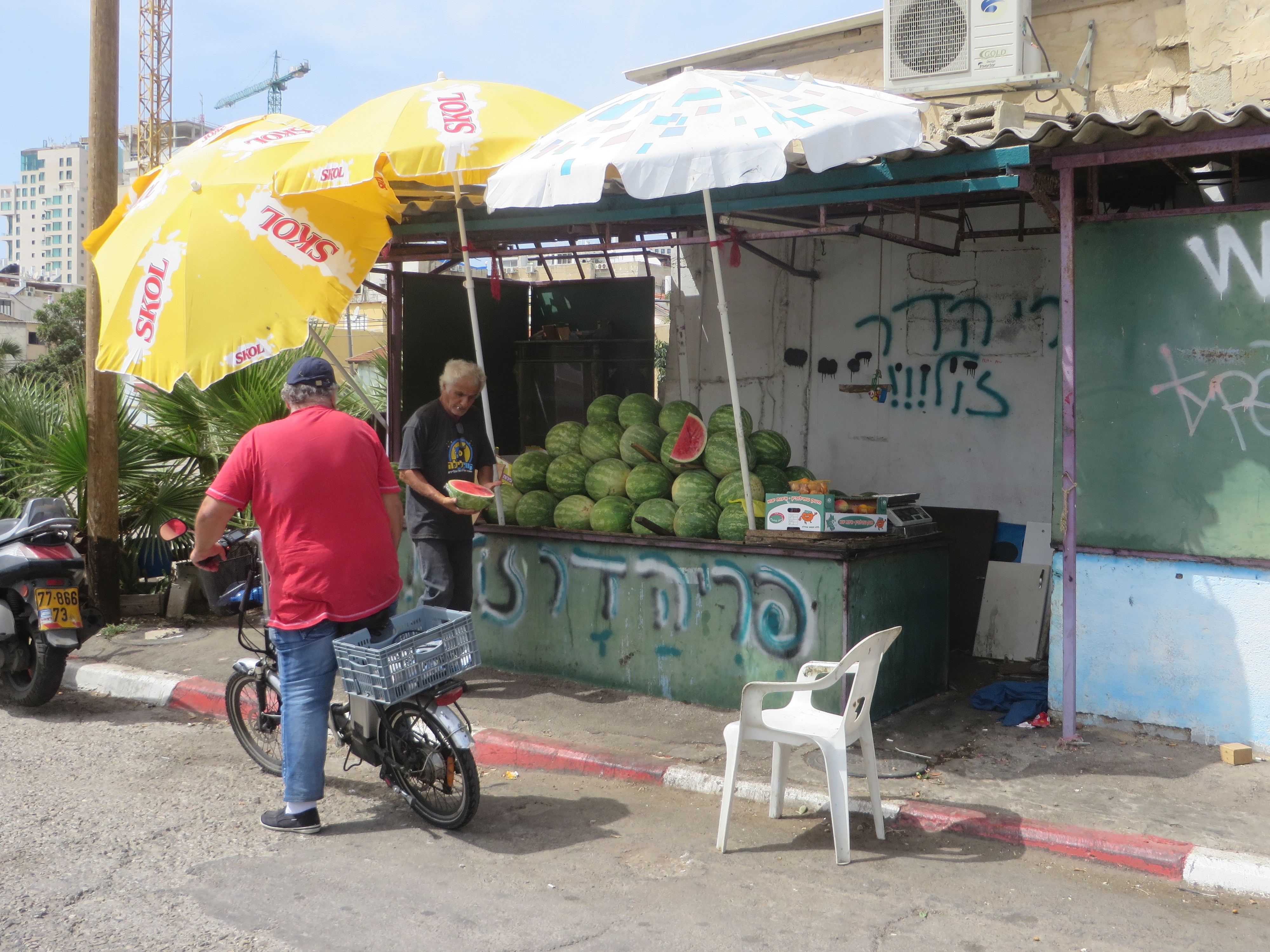 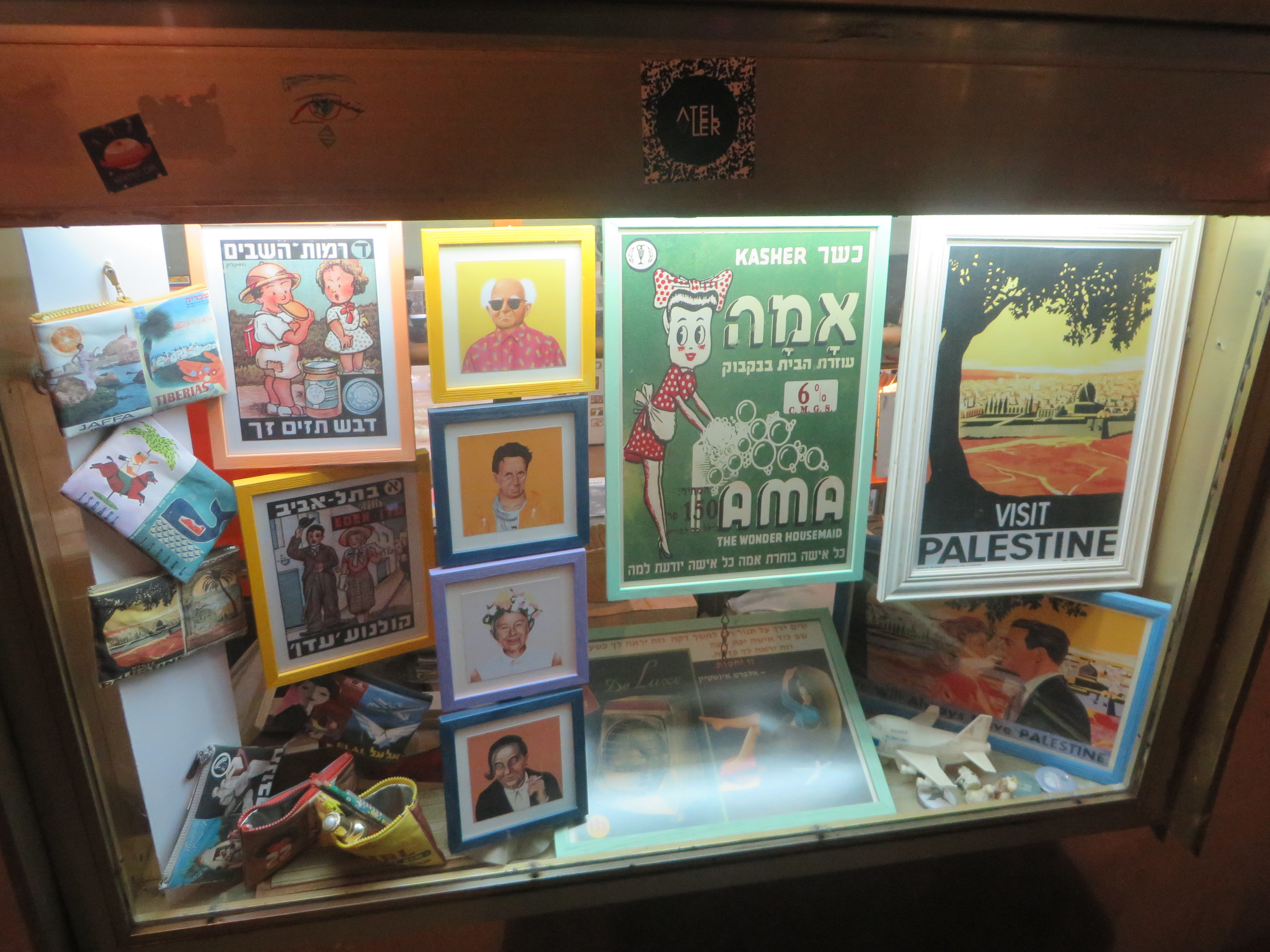