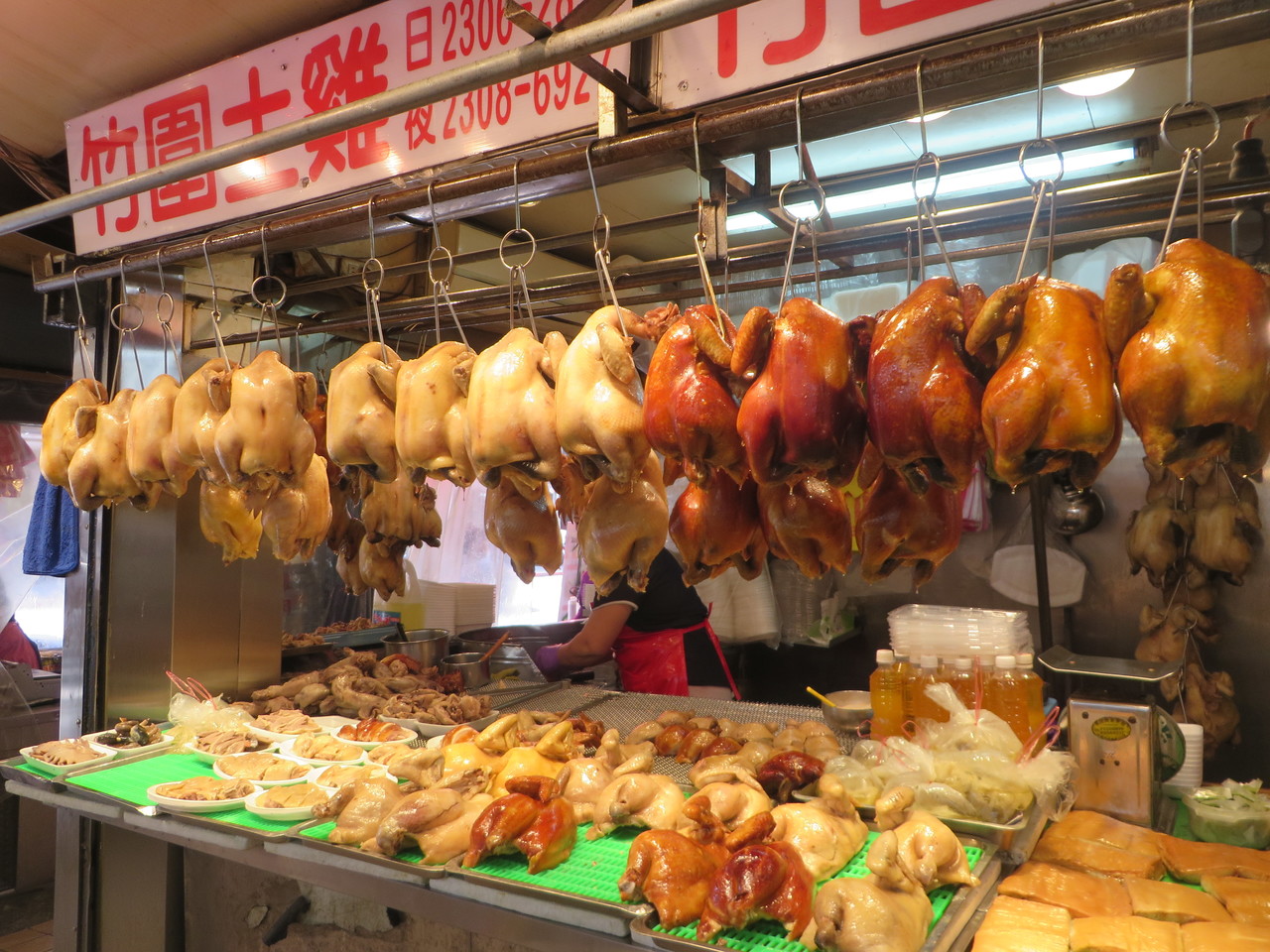 I enjoy hindsight. Looking back at a particular moment and re-examining it with a fresh perspective usually comes with regret for a direction we did not take or knowledge we would not have until later.

In this case, I have no regrets only appreciation.

As I wrote this post and reviewed the photos from my trip to Taipei, I realized that there was a lot more to this particular destination, which honestly was not yet on my radar when I was asked to go by a friend. Yet, when I received a text asking to meet there a few months prior to going to South East Asia, it took less then five minutes to check flights and create a new itinerary that now included Taiwan.My adventure started with no expectations, and I arrived, tired, bruised, and anxious.

Finding my way to my hotel on that afternoon, I quickly passed out after promising to head out that night.

I slowly awoke and proceeded to get myself together by splashing water onto my face. My last thought, prior to my nap, was a promise that I would not waste the three and a half days in town no matter my physical condition. It felt like I had simply shut my eyes for a moment but in reality hours had past. The moon was now staring me in the eyes prompting me to move or it would not relent. Slowly, I moved and reconsidered my prior thought, but the urge to explore crept in, becoming my cheerleader as I picked my clothes off the floor and splashed water on my face. My limp became normal as I had wounded myself during the prior trip and simply learned to adjust. But as I walked to the front desk, I realized it would be best to take care of my minor wound before going forward.

Having received directions to a pharmacy from the receptionist, I walked out the sliding doors to the honks of cars, and the quick and steady movement of people, forcing me to choose a direction with haste or be pushed to the side. As I made it to the corner with directions in hand, I felt the glow of magenta splash across my face and creep into the corners of my eyes.

The lights dancing above me kept me transfixed, awestruck, and childlike. I was bewildered and a little out of my depth. The glow of the LED lighting was so strong it felt as though I was getting to close to the sun but the heat was as gentle as a soft lightbulb. The mix of fluorescent, tungsten, and electricity sang a song that moved the people to their destinations as trains buzzed overhead like quickly moving apparitions. Instead of a retreating, I continued to stare and take photos much to chagrin of pedestrians who simply wanted to walk by.

Restaurants, nightclubs, offices, electronic stores, and even mediums sat on top of each other in tall buildings separated only by a floor and elevator, while people quickly went in and came out using a combination of foot power, car, or metro.

I stood witness to this on my first night in Taipei. I found my objective in a non-nondescript corner with a bright sign and emblem that advertised the pharmacy. My leg, was inspected, cleaned, and wrapped by an older gentlemen with gray hair and teeth almost as dark as the evening sky. We communicated in gestures and pointing, which became my de facto way of communicating while in Taipei.

A smile and a thumbs up signified that I was good to go. I slid off the table and paid him for his services and medicines and watched as he effortlessly throw the money into his top drawer and give me my change just as easily. Asking out loud, “What would you do if someone came to rob you” he re-opened his top drawer and revealed that there was a pistol underneath the wad of cash as he looked back at me and smiled. I took two steps and, at that point, was puzzled he could understand English but never gave any inclination that he could speak it.

“I am not Taiwanese. I am Chinese,” said a young lady in an elevator with me. Then she said she was born and raised in Taiwan.

Confused, I thought, “how could this be?”  It would take me some time after the trip to learn more of the Chinese – Taiwanese history. My ignorance of Asian history and world events felt a bit embarrassing but my research lead me to 1945.

Taiwan is not recognized as a country by the majority of the world community; instead, it is seen as a rogue piece of China with a democratic government.

How this came to pass was due to Ch'em Yi who was made the Governor General of Taiwan after it was returned to China following the Japanese occupation that ended in 1945. Due to Mao Zedong’s rise to power at the same time it was an uncomfortable association made starker by nationalist leanings from China.

Taiwan's government was considered backwards and too heavily influenced by Japan, which made international relationships uneasy. This uneasiness helped deepen the fissure that widened to the chasm that still exists. Even though both Chinese and Taiwanese leaders met in 2015, which is a sign that relationships are improving, they are still considered rogue by mainland China.

As I learned more about my destination, I also started to learn about their eating culture, which result in yet another of my obsessions.

I sought out any meal that I had never tried before. My map became my compass. My nose was a gauge for finding which smell was the sweetest, and my taste buds became overwhelmed by the free samples offered.

Each section of my tongue was teased whether salty, sweet, sour, or savory they all were satisfied.

The color of each restaurant or shop broadcasts the flavors customers would soon be tasting. The reds and oranges of the meat shops were so bold they became exciting just at a glance. The laid-back atmosphere of the various restaurants suggested a relaxed and demure experience. The coolness of the littler shops promised either a salty or sour experience that when fully enjoyed rarely failed to disappoint.

“You are bold to come here and not be able to speak Mandarin”, a gentlemen said to me when I wandered into a little mom and pop shop looking for another meal. No matter if it was a dark alley or fifth floor of a building, I followed the masses and pointed and gestured at what I wanted, even through I was pretending to understand the characters on menus. Eventually, I became a hungry mute.

Spoiled is what you actually start to feel.

Almost every meal I ordered was prepared before me as chiefs worked like a colony of ants contributing to feeding the masses who are ready to eat and taking just as much care in all presentations.

My hunger had turned to gluttony during my trip, and my belt was moving slowly out of it's notch.

I was eating dumplings like Pringles potato chips, trying to taste every sauce and style. Whatever I did not finish that night, I would simply eat in the morning prior to finding something more substantial to try.

That is when gluttony reared it’s head, and it became time to take a big step back and enjoy the landscape during the little time I had left. That was when I finally saw Taipei.

All of my chasing of the perfect meal had made me forget of the blend of cityscape and nature that Taipei offers.

I visited the quiet gardens and man made waterfalls in the city center, as well as temples and churches dedicated to Taoism, Christianity, Buddhism, Baha I, and more. I roamed the city with the freedom granted by my metro card and left behind my former quest for more food.

The city was so foreign to me that it was enticing. My thoughts were towards how we as American's forget there are other countries that are just as interesting as ours. I walked aimlessly and poked my head into every doorway and explored every street that appeared to hold something, anything of interest, even if it meant going in circles.

The weather did not bother me, but the limited time I had left did. If I had known how much there was to see, I would have planned for an extra day.

I walked until I visited every landmark and literally separated the soles from my shoes. In the end, I found myself thinking of how narrow minded I was.

Like I said, in the beginning, I now look back on this trip with hindsight.

Taiwan taught me a lesson that has become my mantra.

Wherever I go, no matter my impression of the destination, learn something about the country, it's people, and a little of the local language. Even if it is a few facts or general information try to both learn and take something away from the trip. Just a little bit of homework changes your perspective from just looking at a piece of architecture to realizing how important that structure is to the community and country as a whole.

I wish I had known that in the beginning. That would have made a difference between pointing and gesturing for food to saying 你好 (Ni Hao) and possibly meeting someone new.