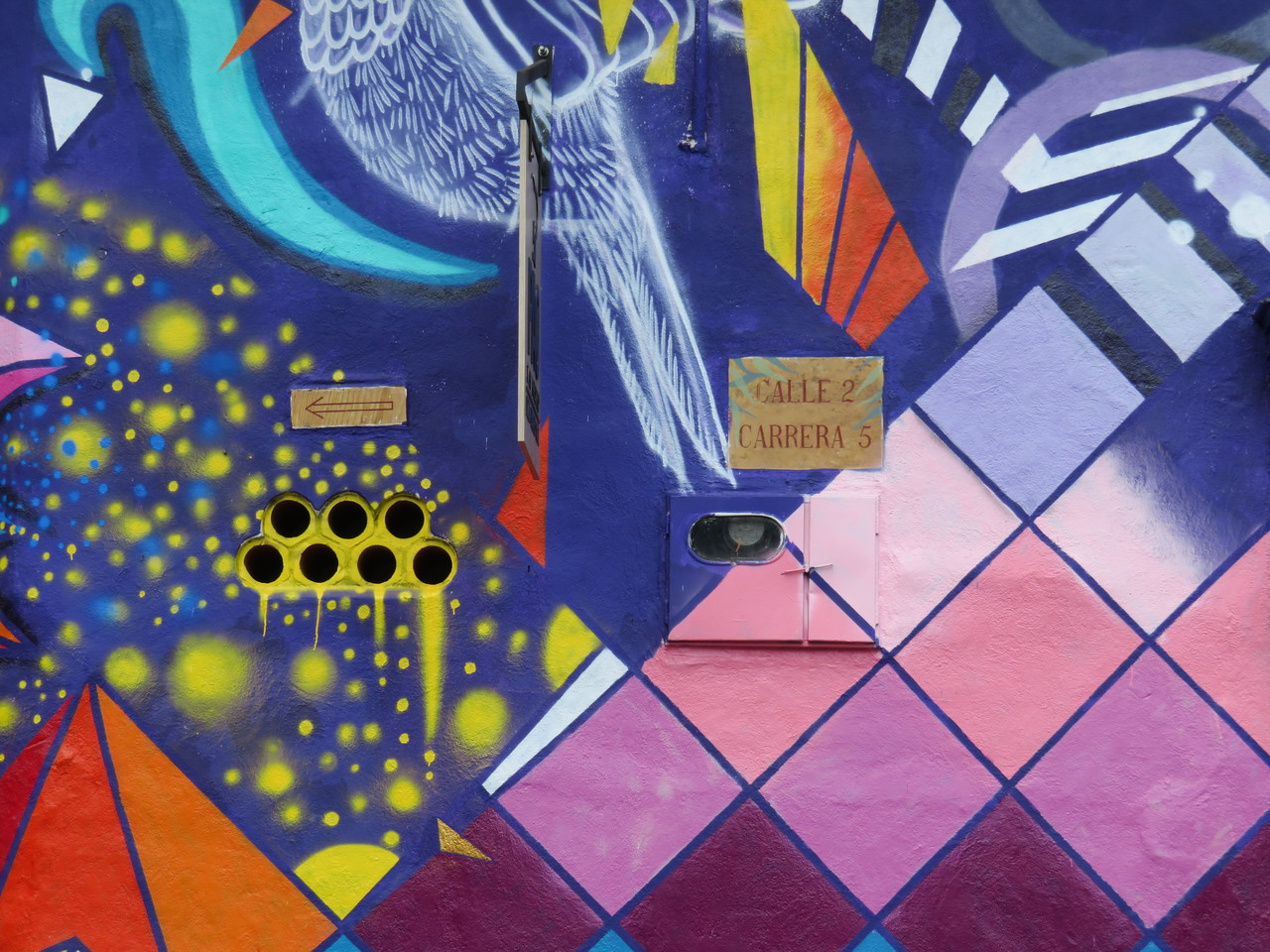 Salsa capital of the world.

Telling most people that you're going to Colombia may result in a confused or worried look followed by a question as to“why”. Then images of drug cartels, seedy characters, and un-touristic locales dance in their imagination and they wonder, “Why didn't you just go to the Caribbean?”. Yet as I lay by a wall in the market place of the Artisanal Park Loma de la Cruz, while waiting to lead a tour, I felt that too many people were missing out and confusing the notorious Colombia of the past with the progress the country has made to re-make its image. 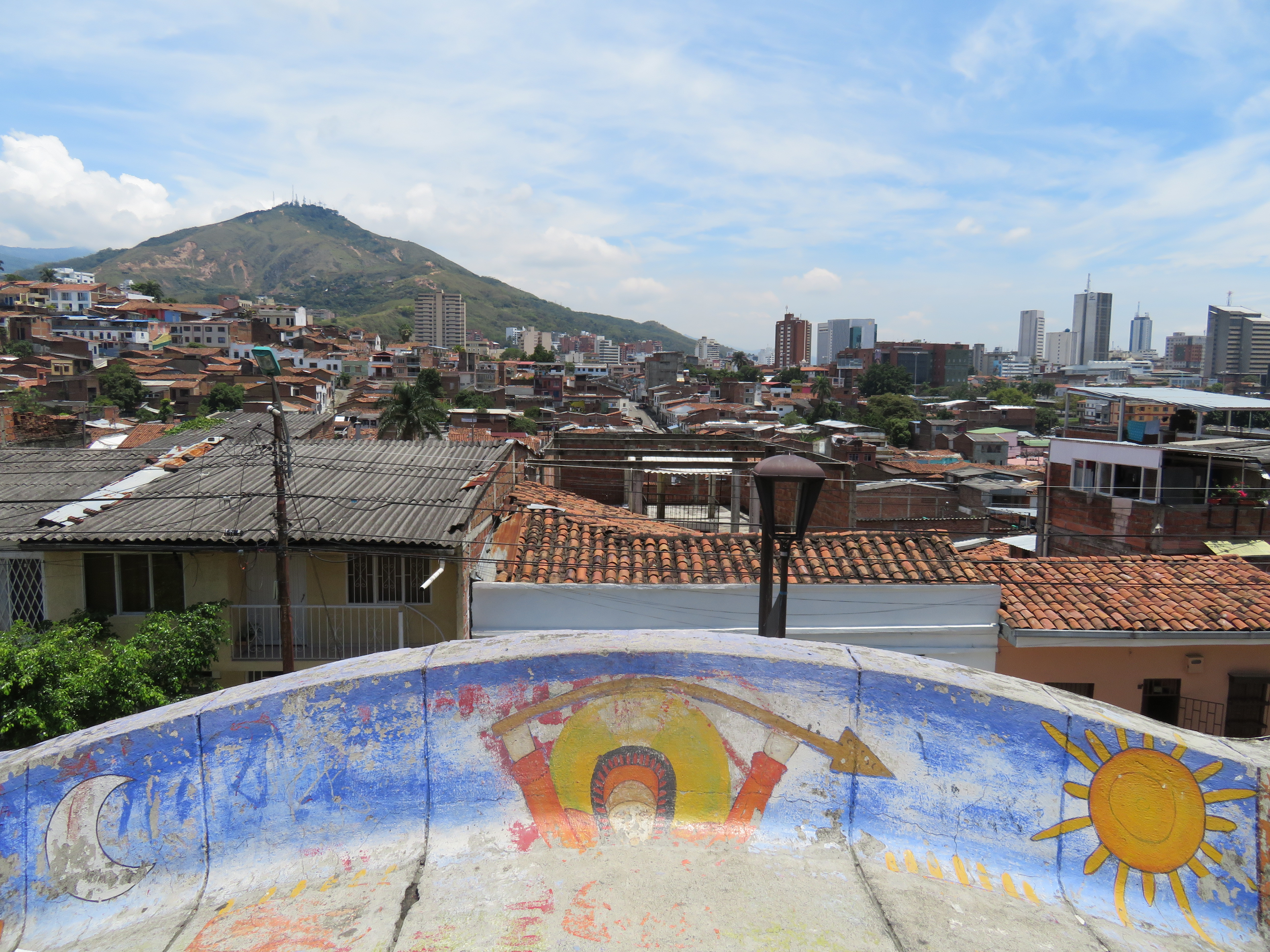 In mid October 2017, I sat under an azure blue sky filled with long white clouds and a soft wind, provided a perfect setting to hear sounds of vendors preparing themselves and their shops for daily business. Their murmurs in the background became part of my day dreaming. Soft conversations intermingle with staple dishes of rice, meat, and salad taken out in brightly colored Tupperware as family and friends hugged, kissed, laughed, and worked to make their stalls attract passersby eager to haggle and shop. 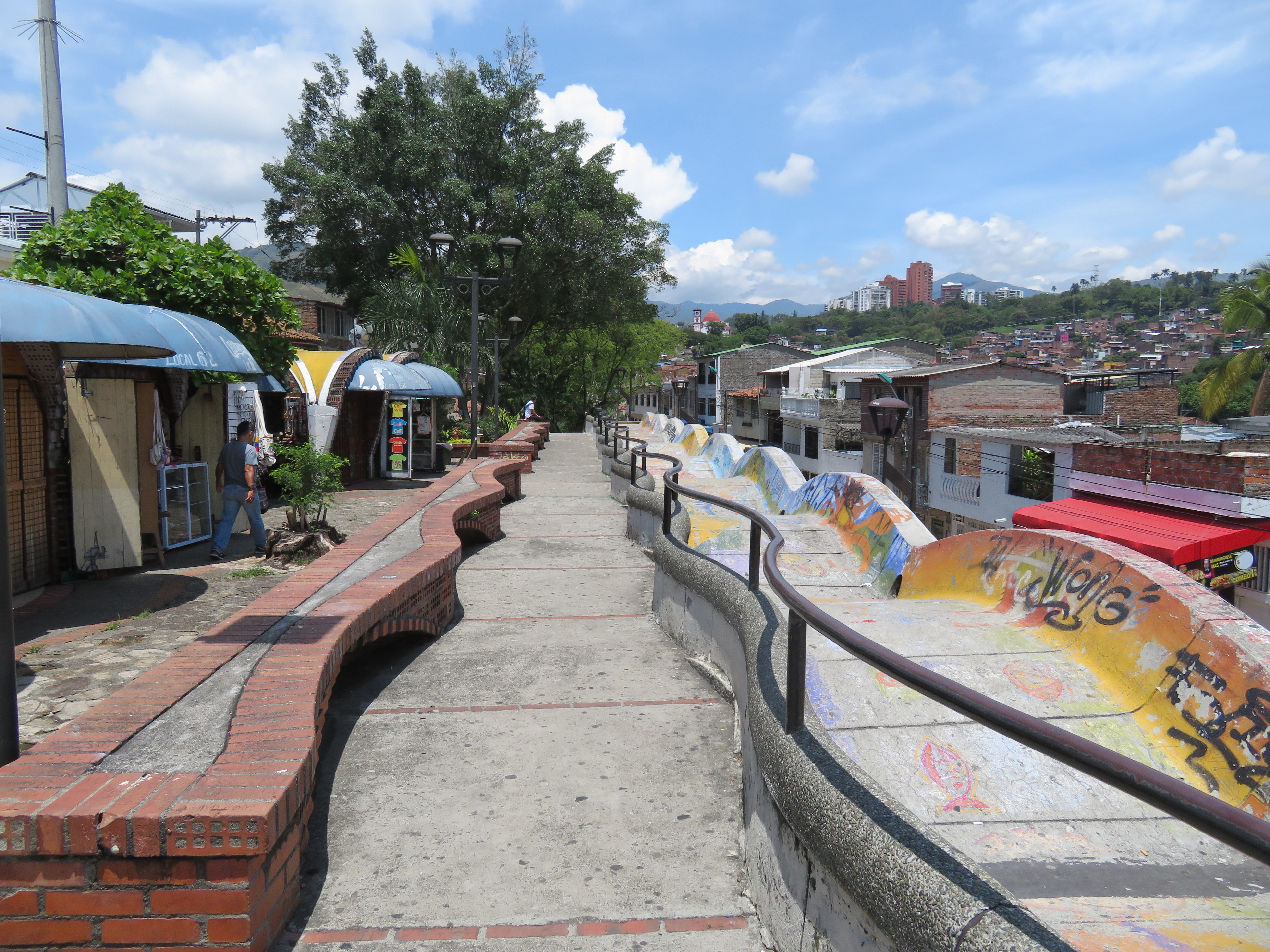 Before I go any further, I feel my readers will ask, “Why Cali?”.

Well, Santiago de Cali, it's full name, is on the west coast. Being laid back and easy going is the mantra here. Stores work on an honor system because it is better to relax than to work too hard. This is also the salsa capital of the world, and a diverse place as the Southern region of Colombia is heavily populated by Afro-Colombians and other peoples of color.

Like Brazil and Cuba, Colombia had a huge number of imported slaves. When the indigenous population started dying due to conditions in the gold mines that dotted the South, more Africans were brought in to fill the void. 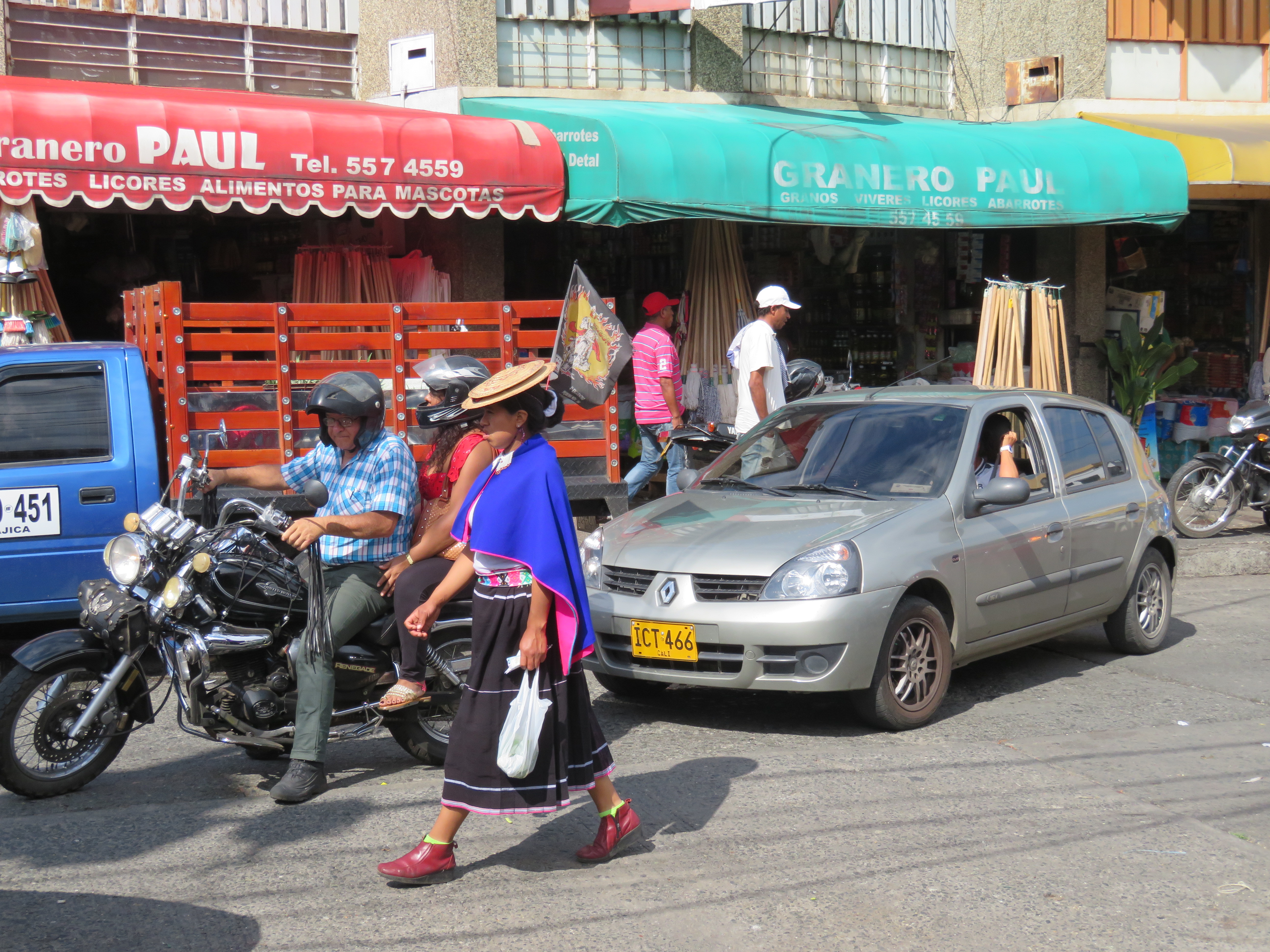 Emancipation for the ethnic population eventually came after Colombia was liberated from the Spanish Crown and after political changes, civil wars, and a lot more strife. This ultimately lead to Cali transitioning from a small town buffered by the Andes Mountains to a developing shanty town with a huge ethnic population and then to becoming one of the biggest cities in Colombia.

Now, you're probably wondering if I forgot to answer your question? No, I just wanted to get you caught up. I will answer that question in a moment.

Leading my tour of one through the crowded streets of Cali might be unnerving for some tourists. We went to store after store electronics, home appliances, mini-market, computers, department stores, all packed on narrow streets. Other sights were churches with crumbling facades and vendors selling fruit and juices in clear plastic bags. Others were selling sunglasses, key copies, and thinly sliced meat on sticks. All of these vendors shared the space on the narrow street and others just sit talking with friends and co-workers on scattered chairs. All of these activities happened under the same azure blue sky with cotton swab clouds. 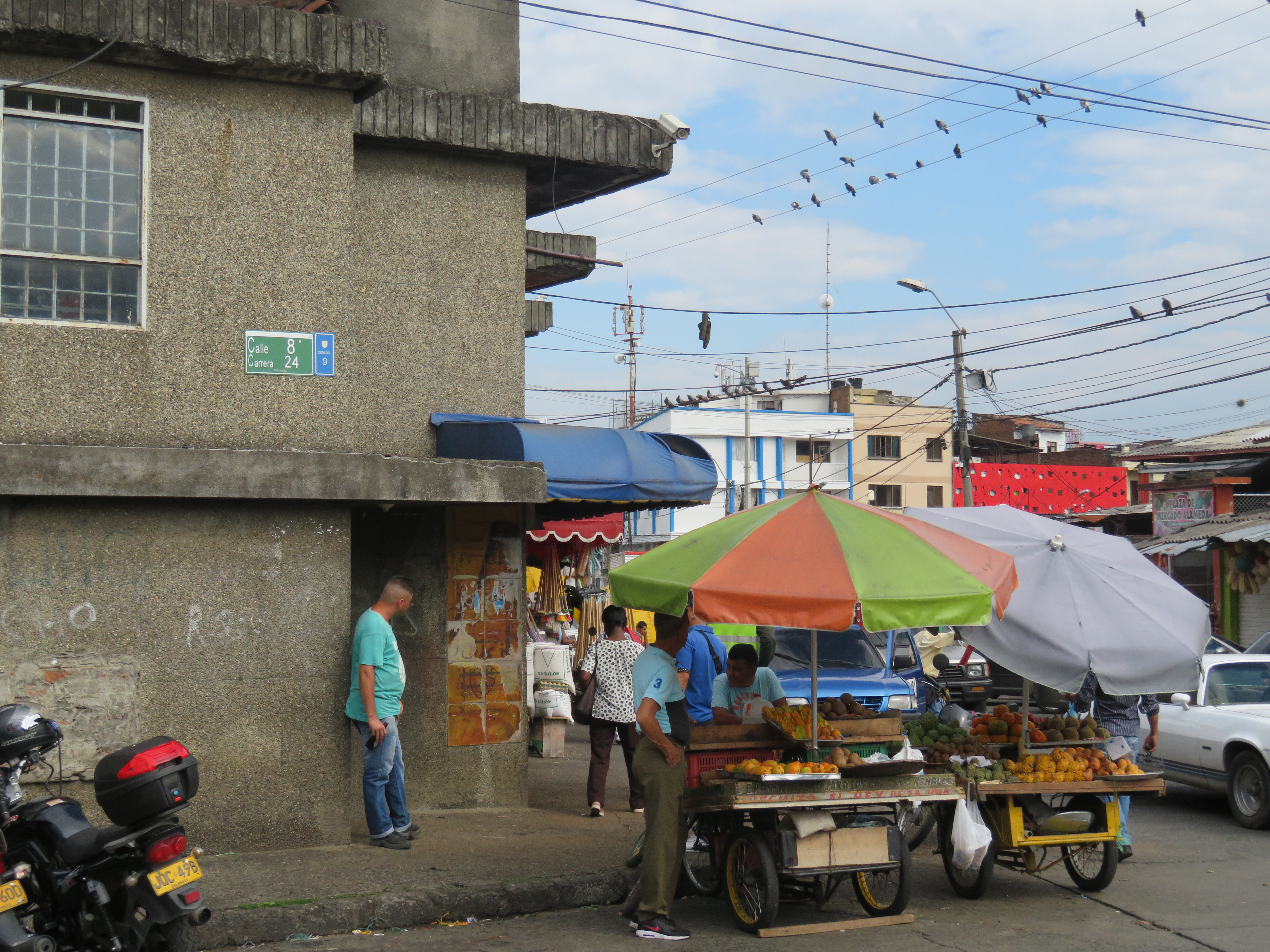 I noticed the sound of salsa from another electronic store. The music carried me off as the sounds became intermixed with a bombastic advertisement to visit the store. In the background, voices and traffic noises added to the rhythm. The store owner smiled as a woman marveled at my movements as I glided past other commuters while keeping an eye on my tour of one. Soon, we arrived in Caicedo Square. At this point I said, “Look around, see the different colored faces, the kids playing, vendors selling lotto tickets, and the hotels and government buildings. Notice the colonial style, the palm trees swaying over us, the hidden monuments to poets, leaders, and people of interest, all hidden in plain sight. 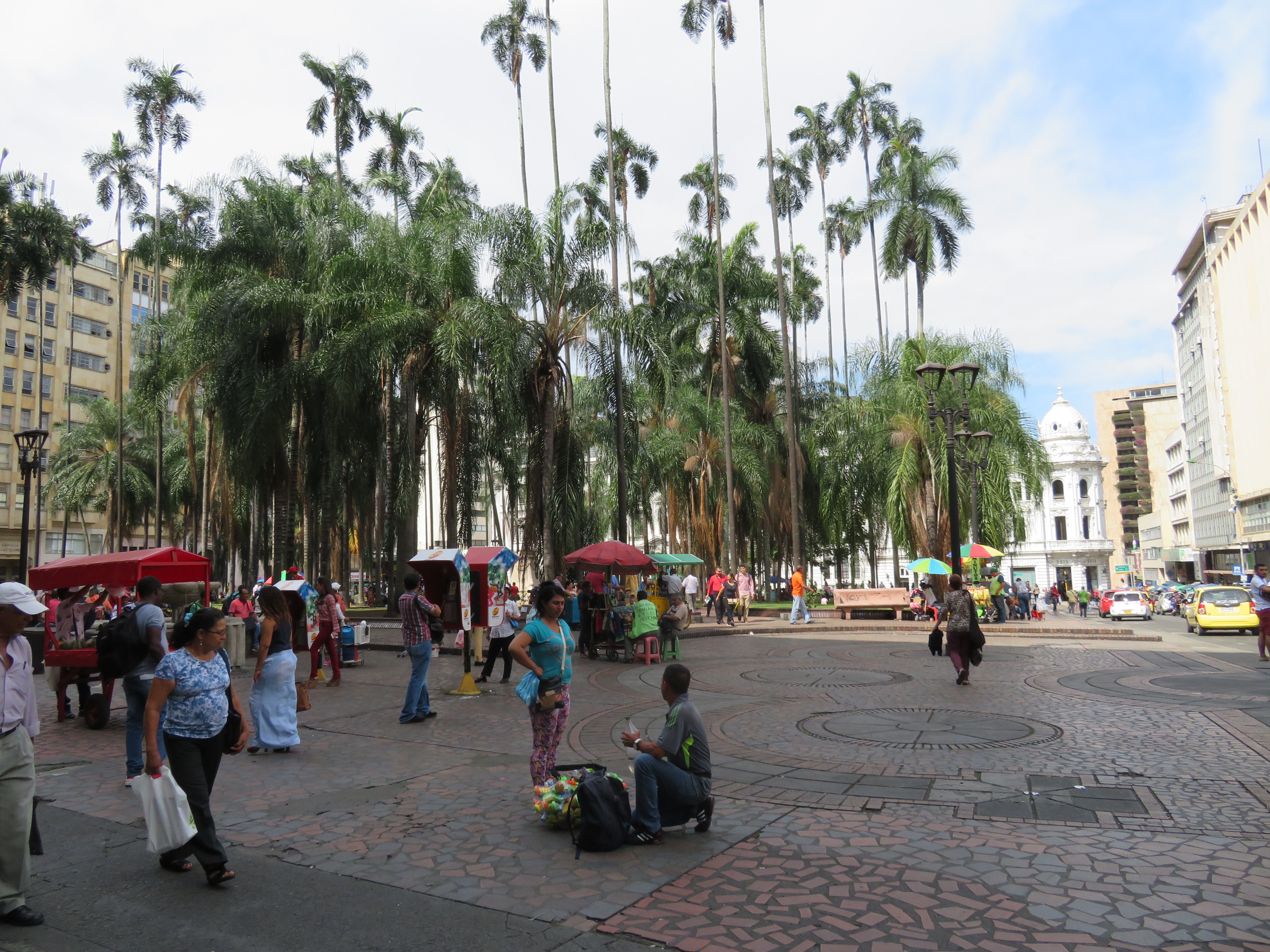 This is when I reveal why we are there. That Colombia is homogenous is a myth. It is not all drug dealers and guerillas. Most of the people take pride in their country, the historic streets and hills of the old towns, the foods and smells at places like El Zaguan, and the nightlife and attractive women and men who flirt in both subtle and not so subtle ways. 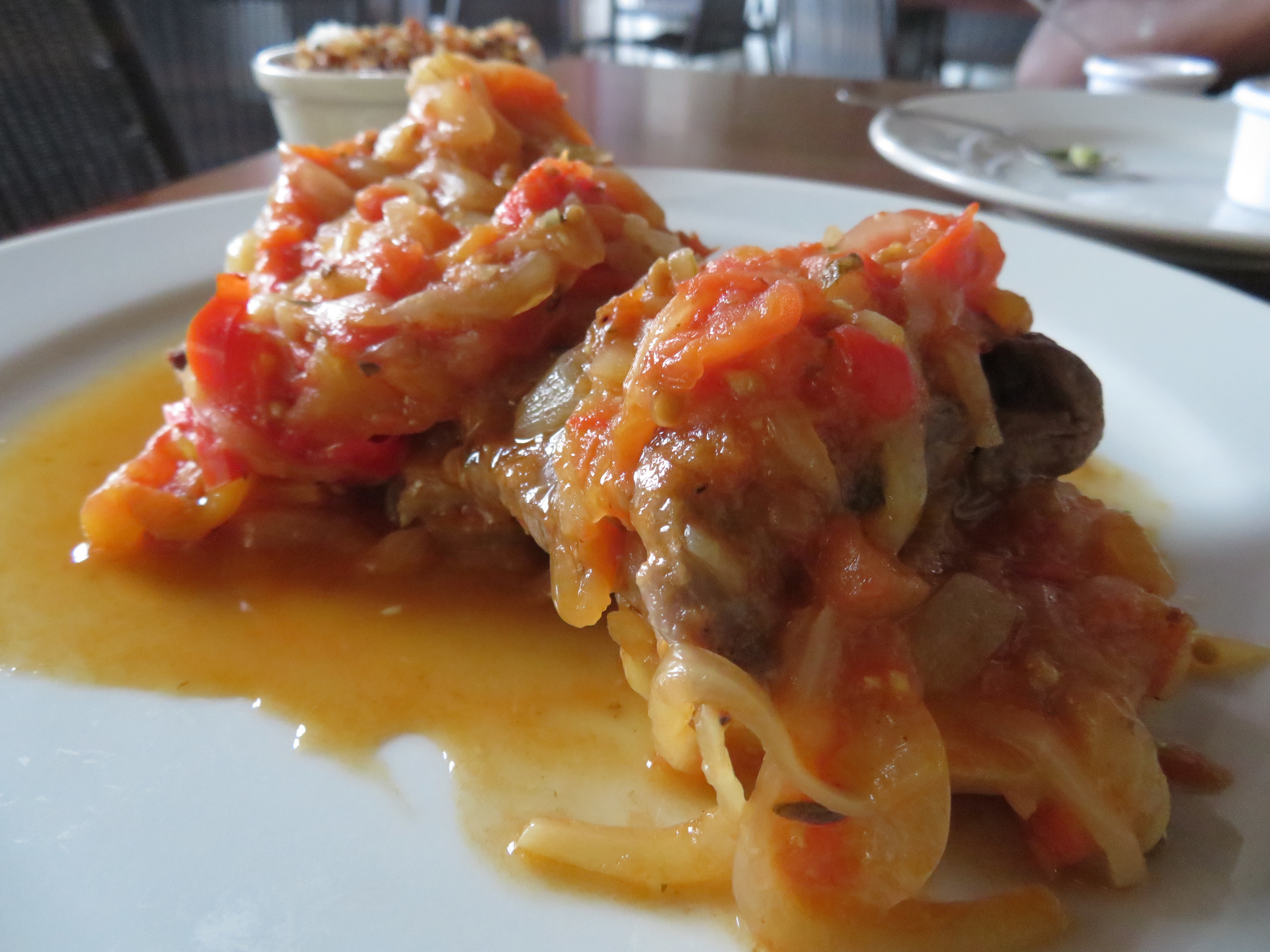 To truly know Colombia is to go from the port of Cartagena to the traffic in Bogota and every point in between, but to also understand what makes the country unique is to press the pause button and spend time among its people.

The heart of the country is in the man who sings proudly with a red, yellow, and blue flag draped behind him, the improv dancing and buying a stranger a Club Colombia beer, finding a party in the middle of the week day, and the crowds that roar when their local football team is playing. 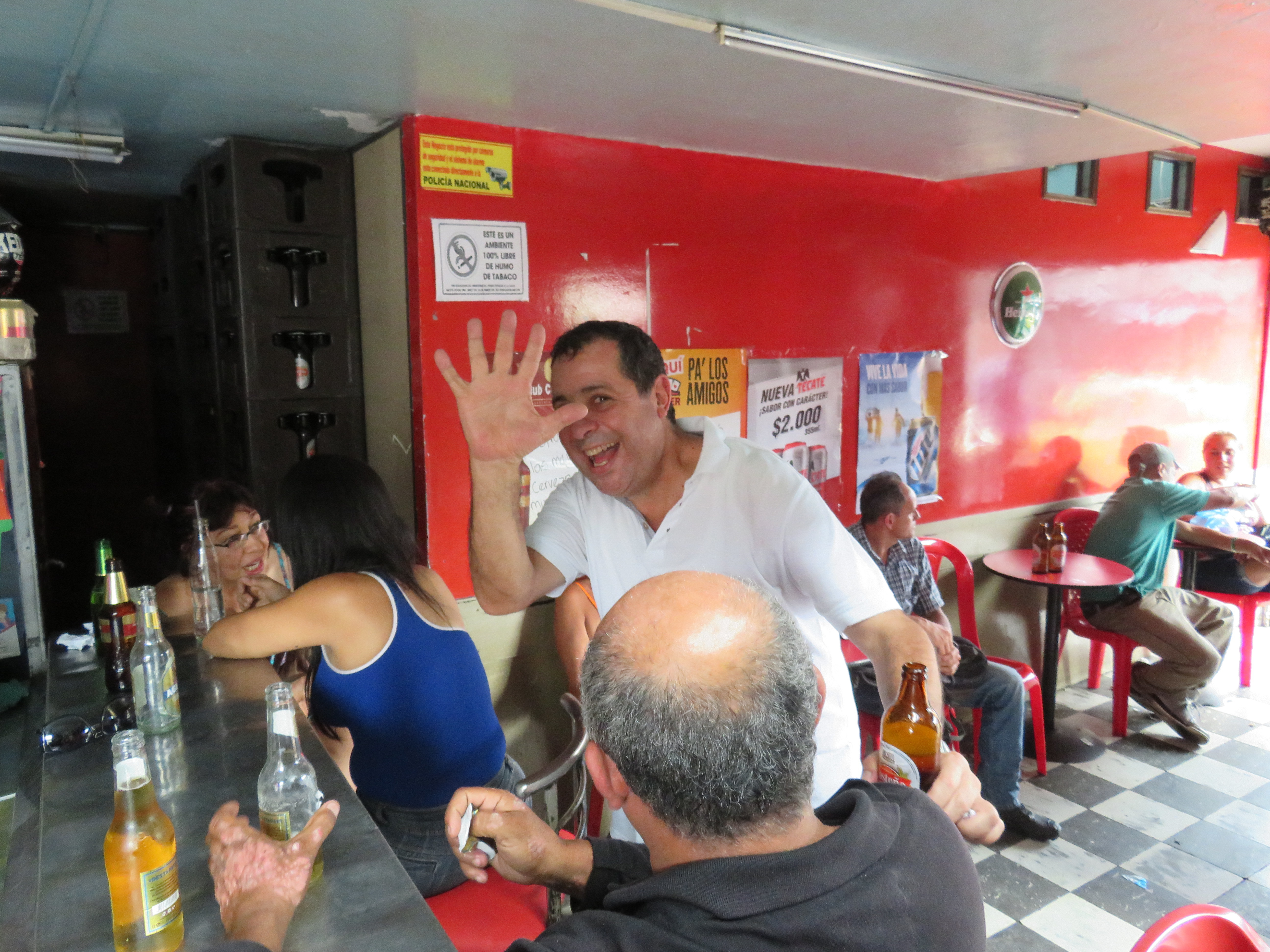 Here, I am pontificating as we move from zona to zona.

Instead of trying to instill Colombian culture into you, let me take a step back and slow down as my tour awaits our Uber on the hills of the Old City. 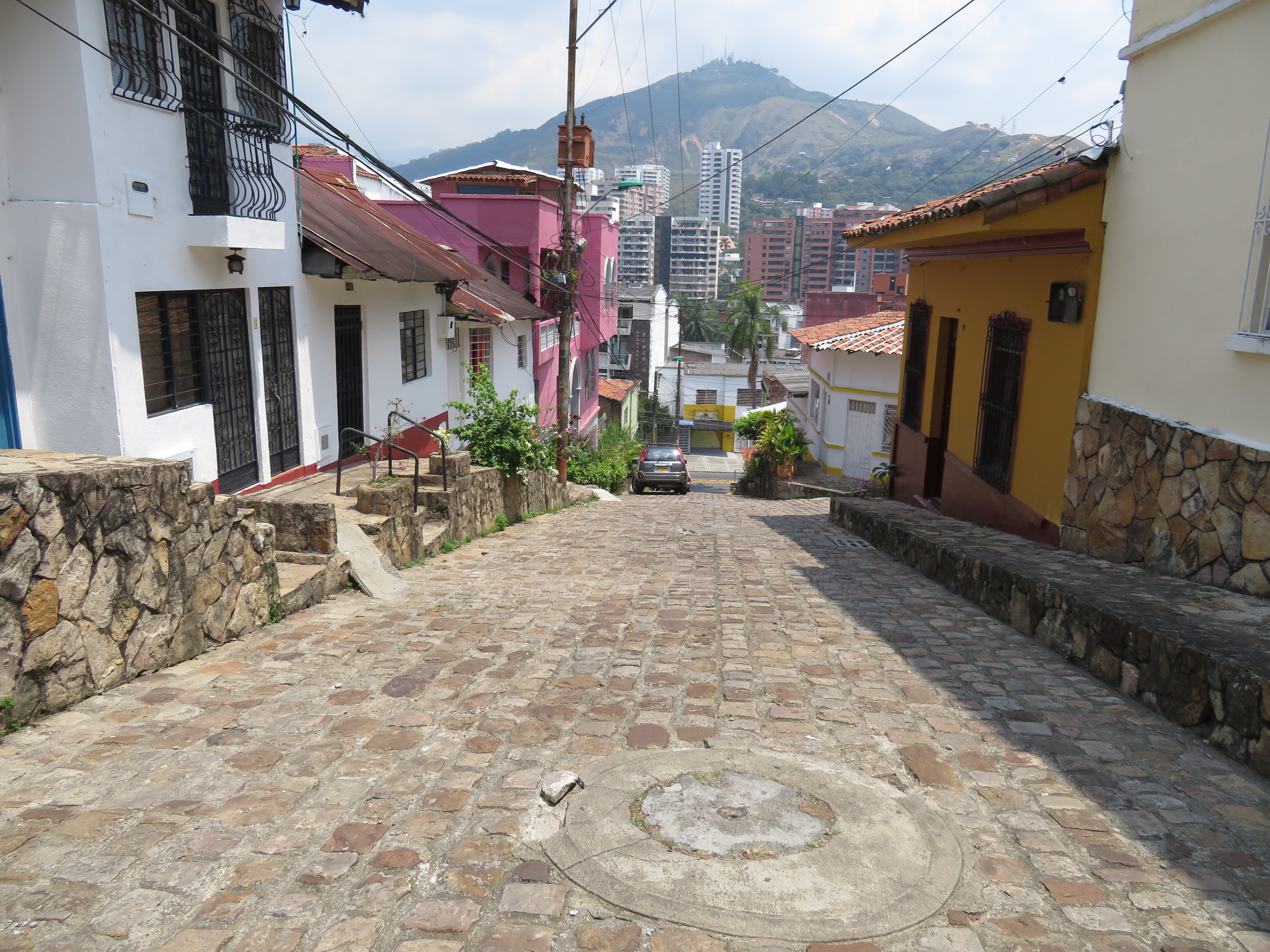 While waiting, the humidity and mix of fumes from the stock pile of cars a few blocks over criss cross and intertwine in a deadlock forming light gray clouds rising up to the soft white ones. A hill has the Iglesias de San Antonio and the empty streets around us punctuated the calm of the day. As the taxi slowly turned into view in sync with the GPS tracking, we moved forward from a shaded area to signal our location. 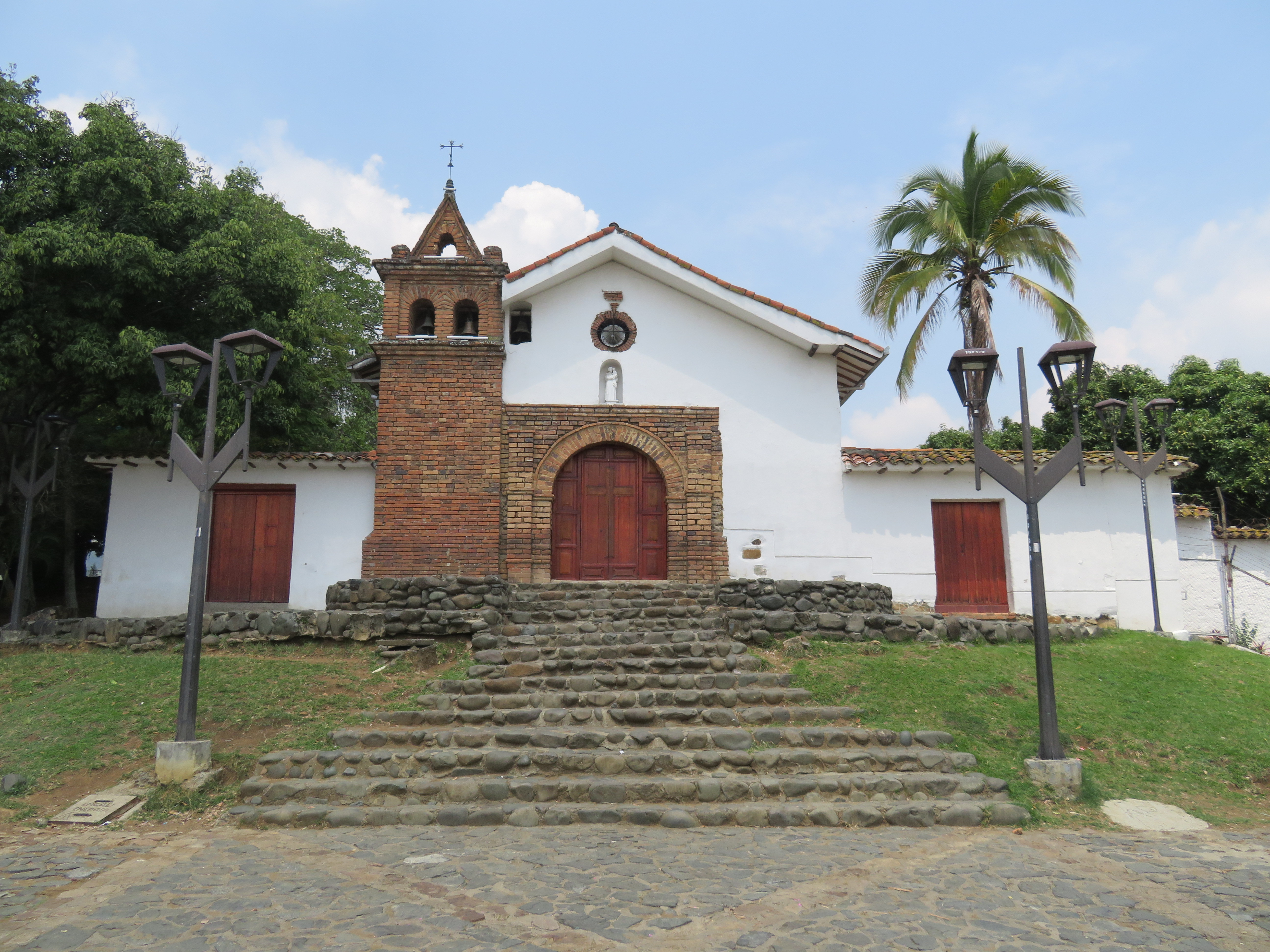 Our ride took us to another neighborhood to find local, hand made items. The traffic quickly formed a noose around our car as our driver got us as close as possible and then pointed to our destination while informing us that we had to walk the rest of the way. We disembarked and made our way to a conflux of locals. We wove in and out of traffic, not fearing being hit due to the slow pace of the commuters and other people who were also finding their ways through the maze of cars with their beeping horns. 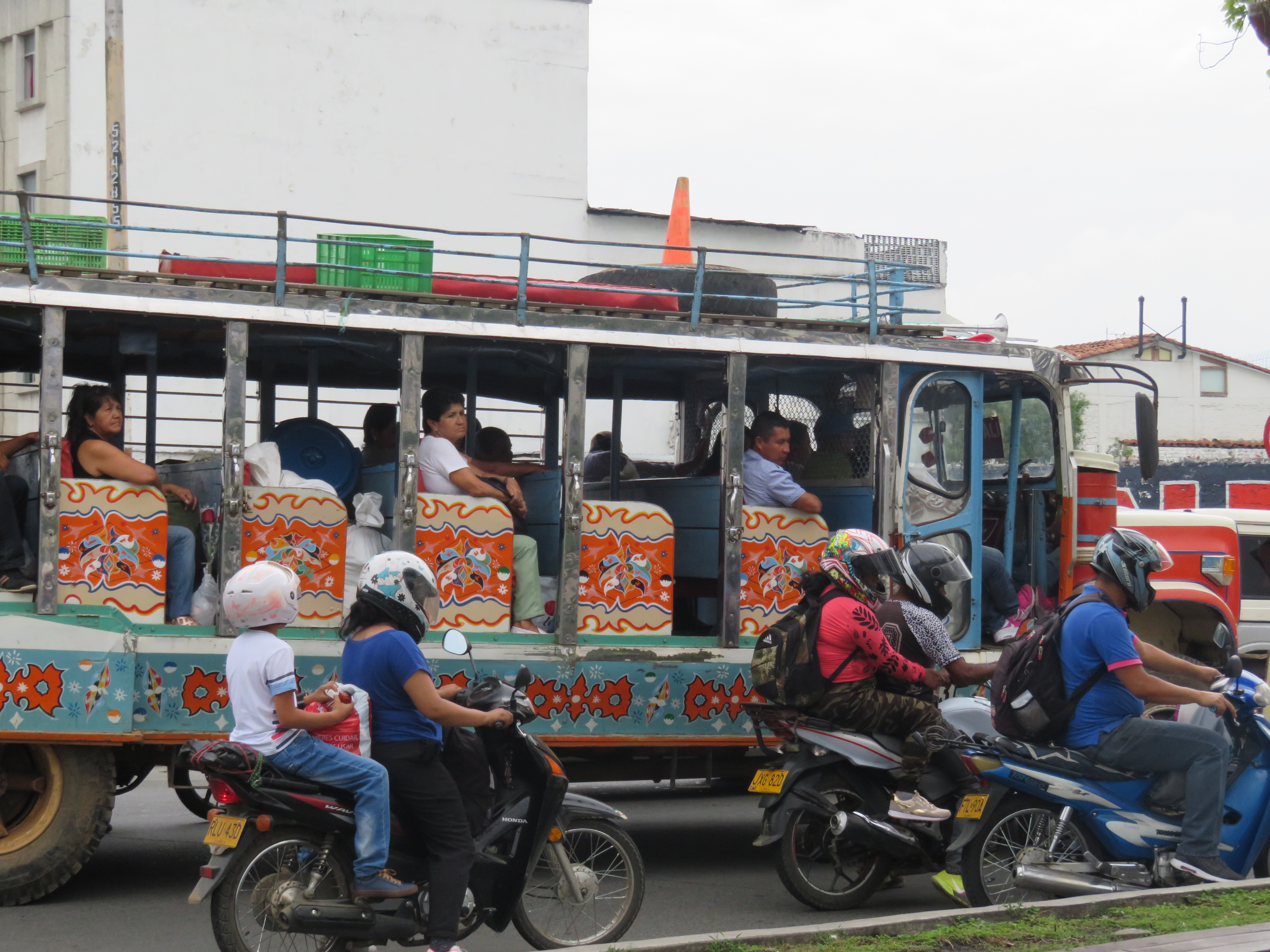 We arrived at our destination, a popular artesian store recommended by our hotel, but we quickly changed our minds after finding the small wooden and metal stalls of an outdoor market place. As my tour stops to haggle about pesos ready to be spent.

The music of salsa hits my ears once more. Slowly I start to dance while focusing on , a small bar on the street corner. I murmured the words to myself and skipped the ones I did hear well. My feelings were that of a kid being told he was not invited to a party, I felt antsy and the music was getting to me. After some time, I found it too distracting to ignore. As my tour of one shopped, I informed him of where I would be and headed for the music. 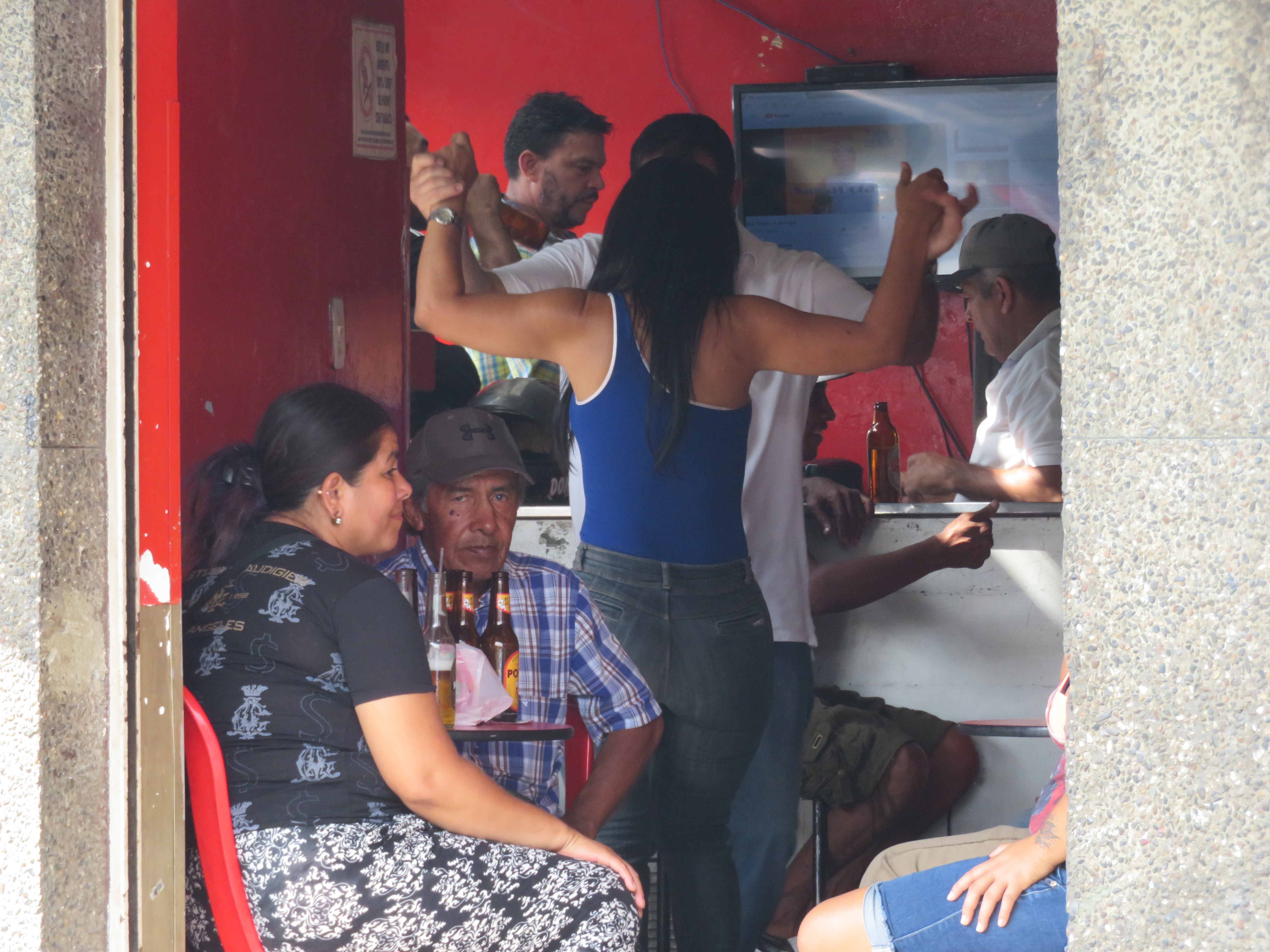 Soon, I had a drink in my hand as my legs dangled off a stair case full of crates of bottles waiting to be recycled. At this moment, I felt at home. As the karaoke screen cued up; a tone deaf gentlemen belted out a tune as images of couples, daiquiris and waves transitioned on the screen behind him. Some find partners while others have had too much to drink and simply sit staring at the ground while mumbling incoherently. I watched everything and shimmed while enjoying my drink. 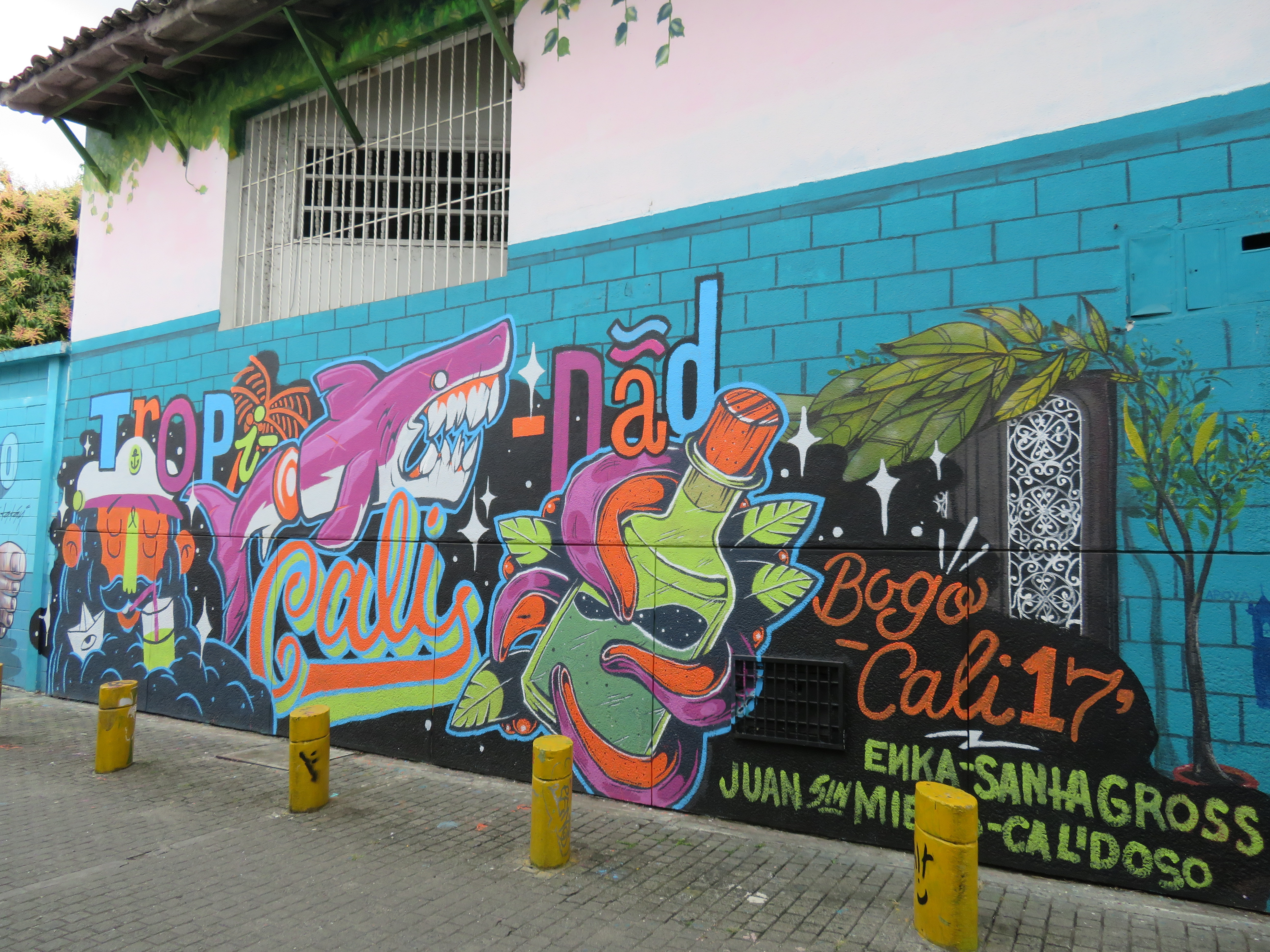 My tour of one eventually popped in and found me celebrating, and laughing, and he joined in as I smiled like a Cheshire cat and yelled to him.

THIS IS COLOMBIA, DO YOU FEEL IT NOW?

He smiled passively as I took a slow final sip of my beer and then we made our way out. 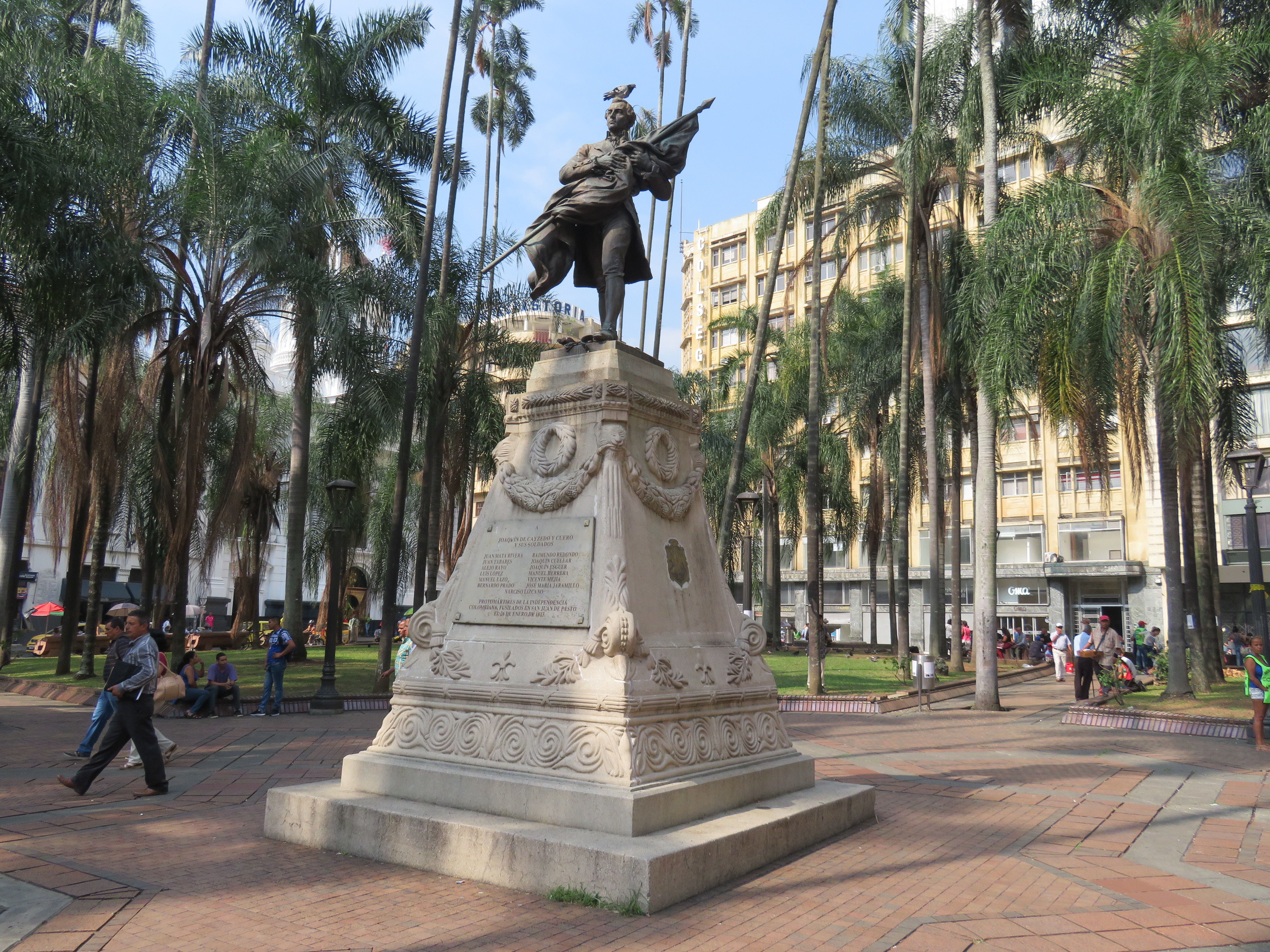 As our time in Cali came to an end, I began to lament. I realized that this destination was not for everyone and that is what I liked about it.

No American restaurant chains.  No, confusing conversations in Spanglish. No, first world comforts!

What it came down to was letting go, turning off cell phones, and finding a place to nap in the shade that is how you survive in Santiago de Cali. 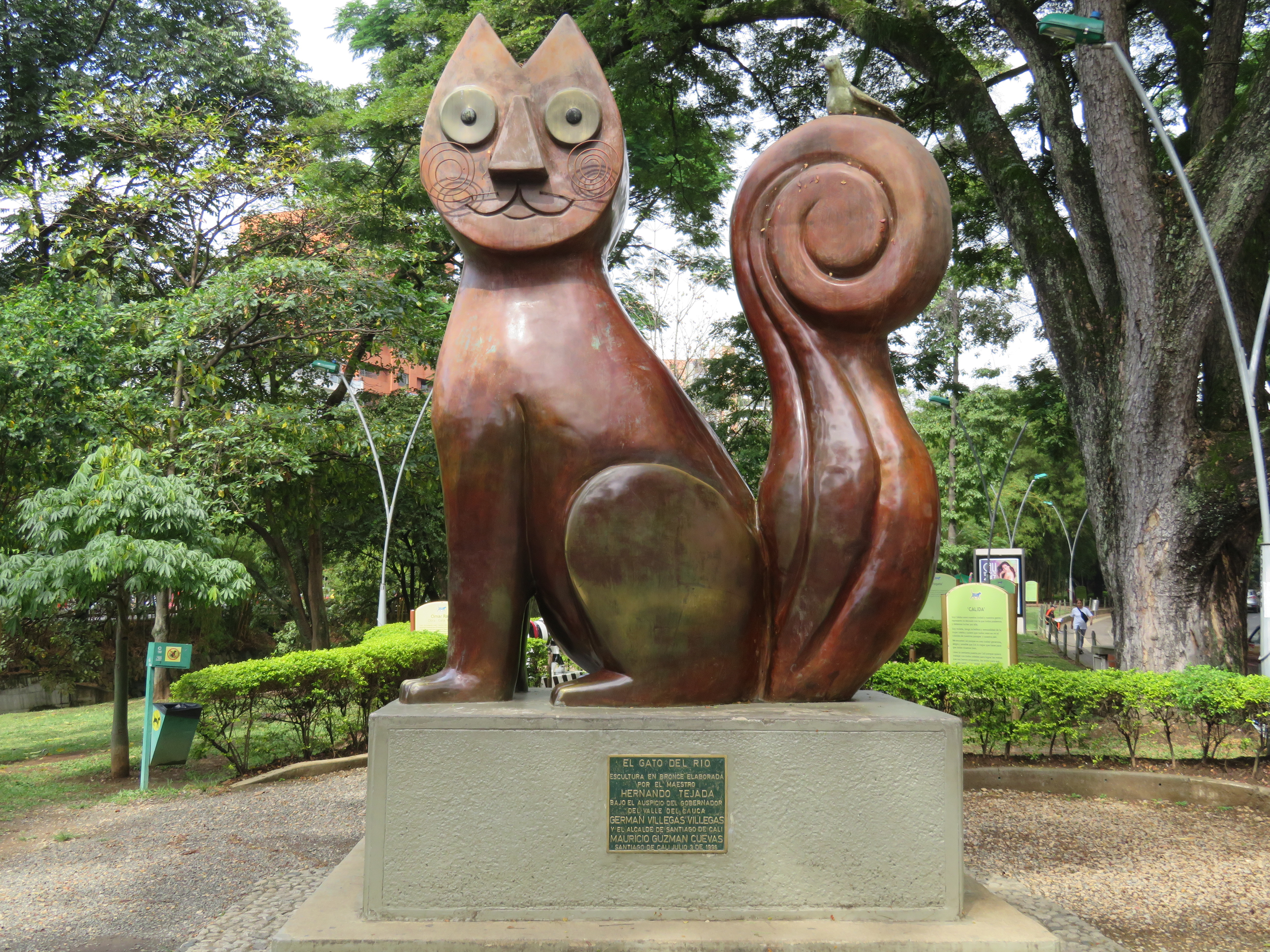 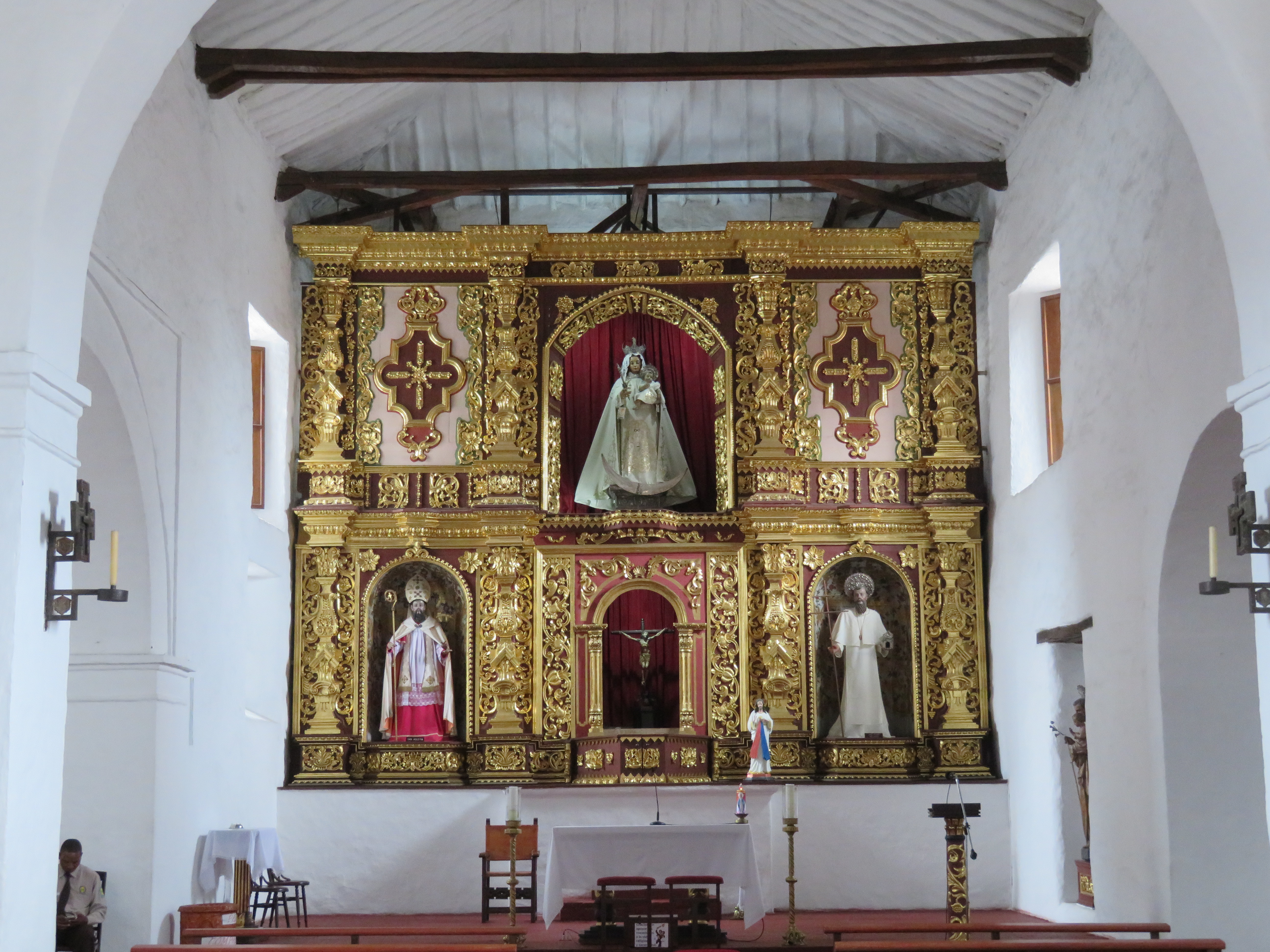 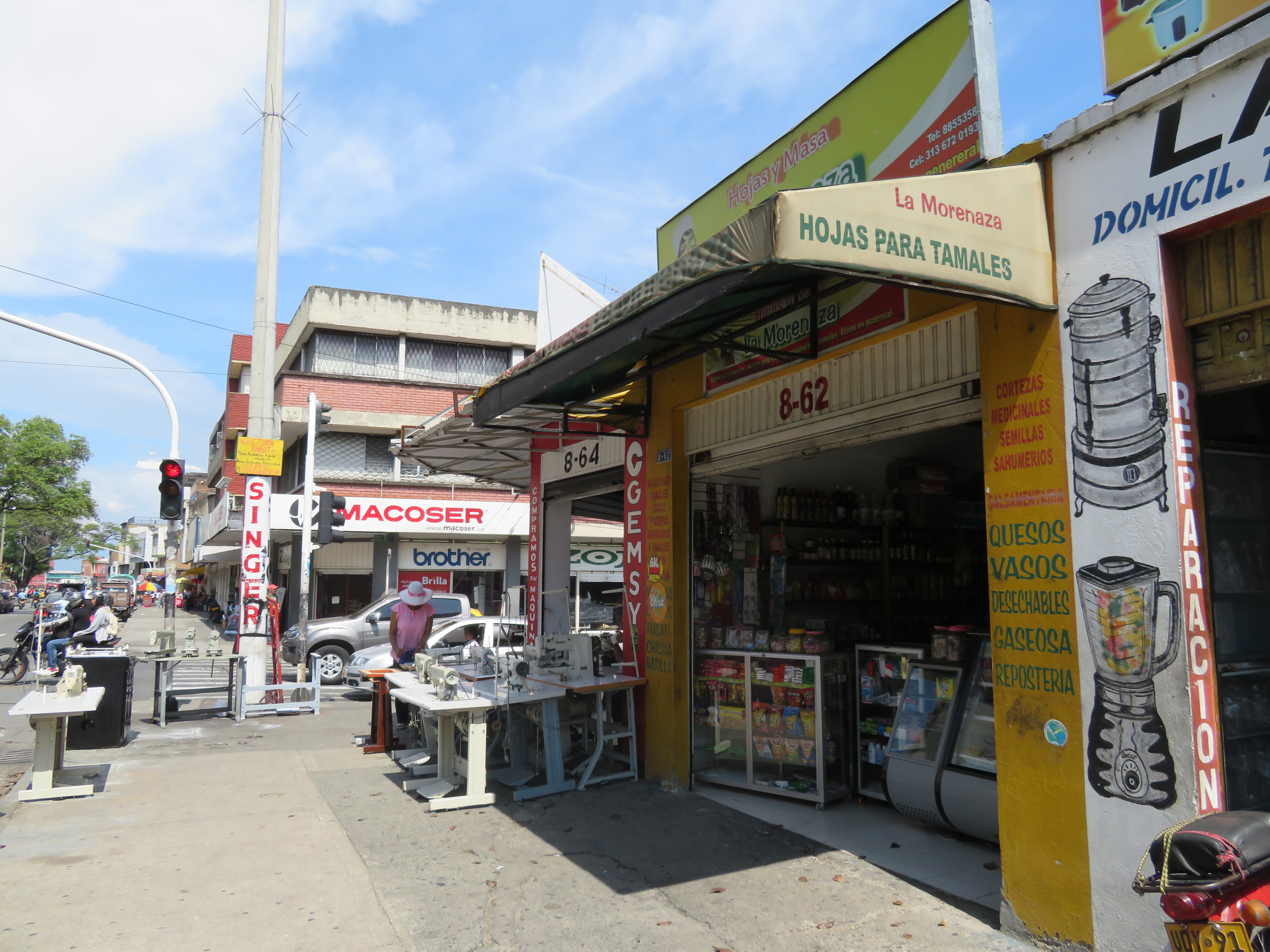 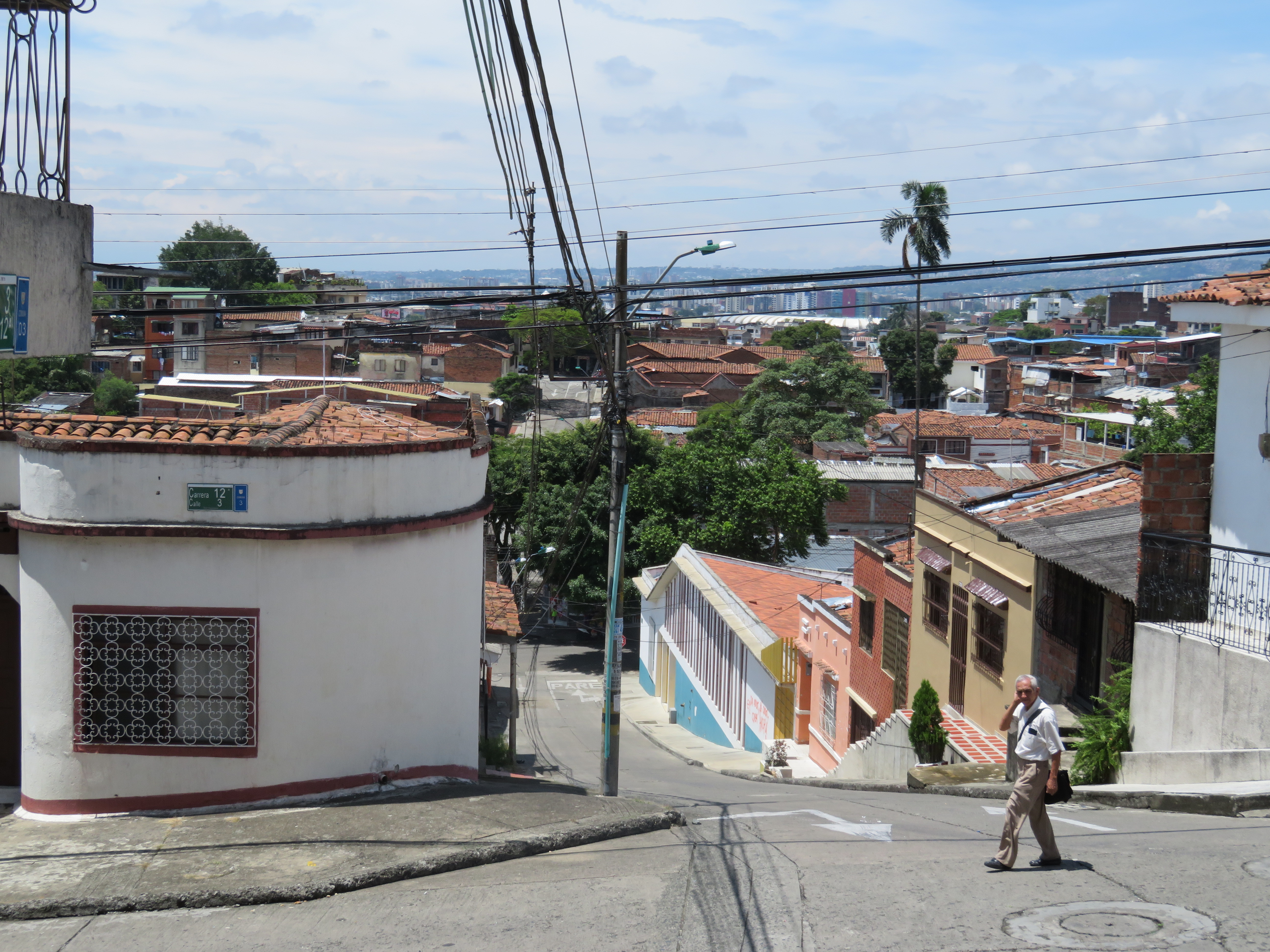 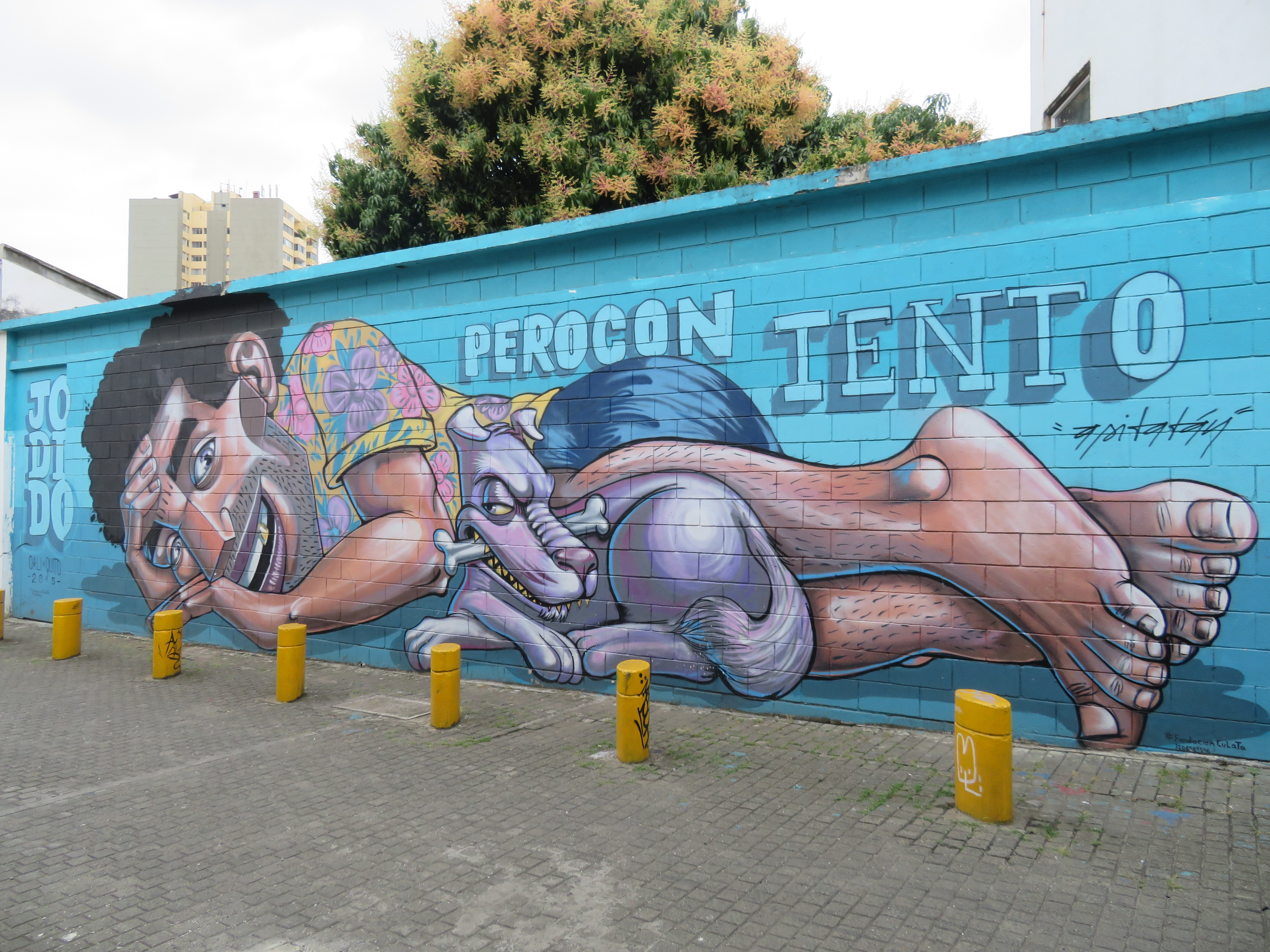 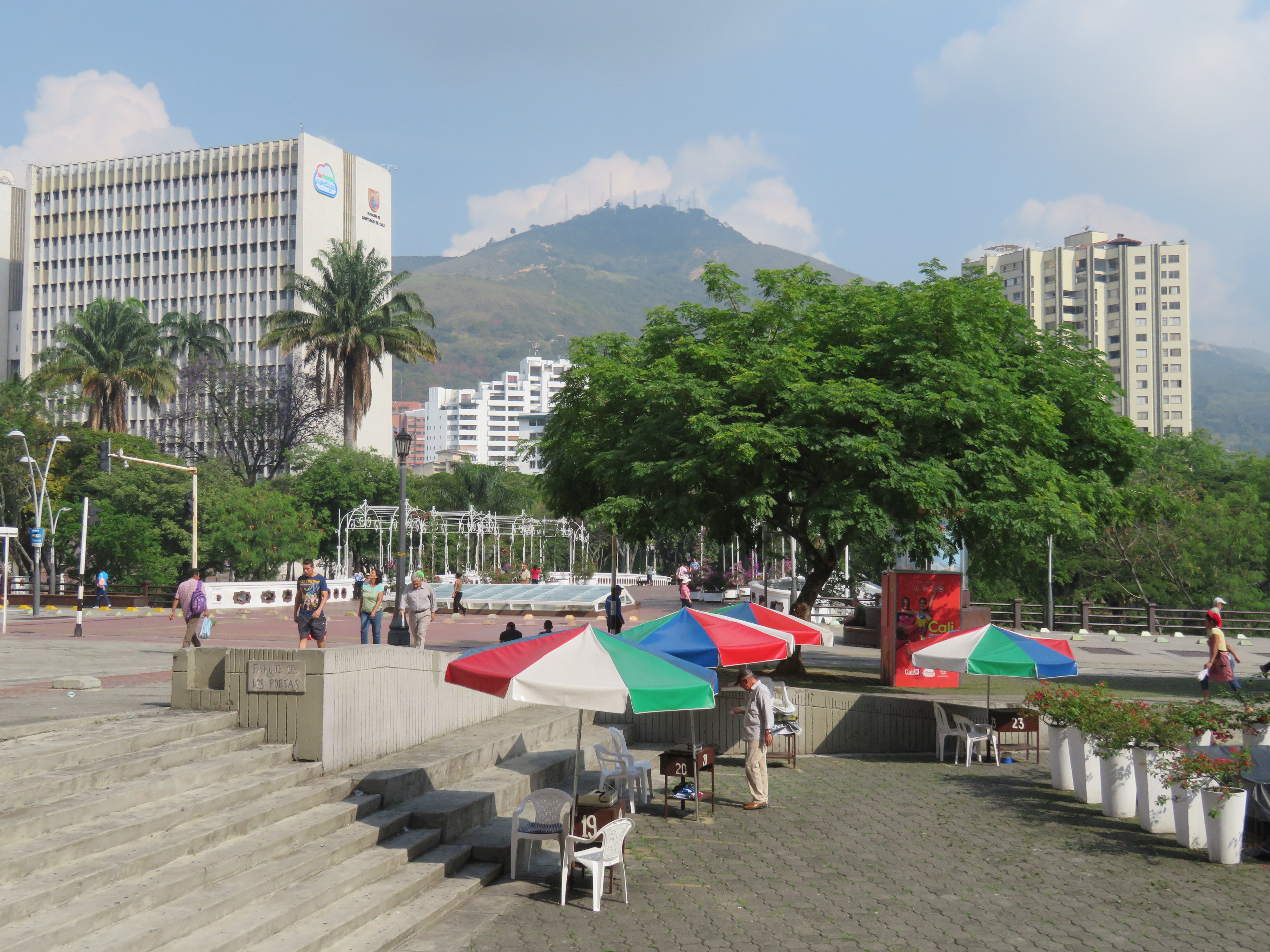 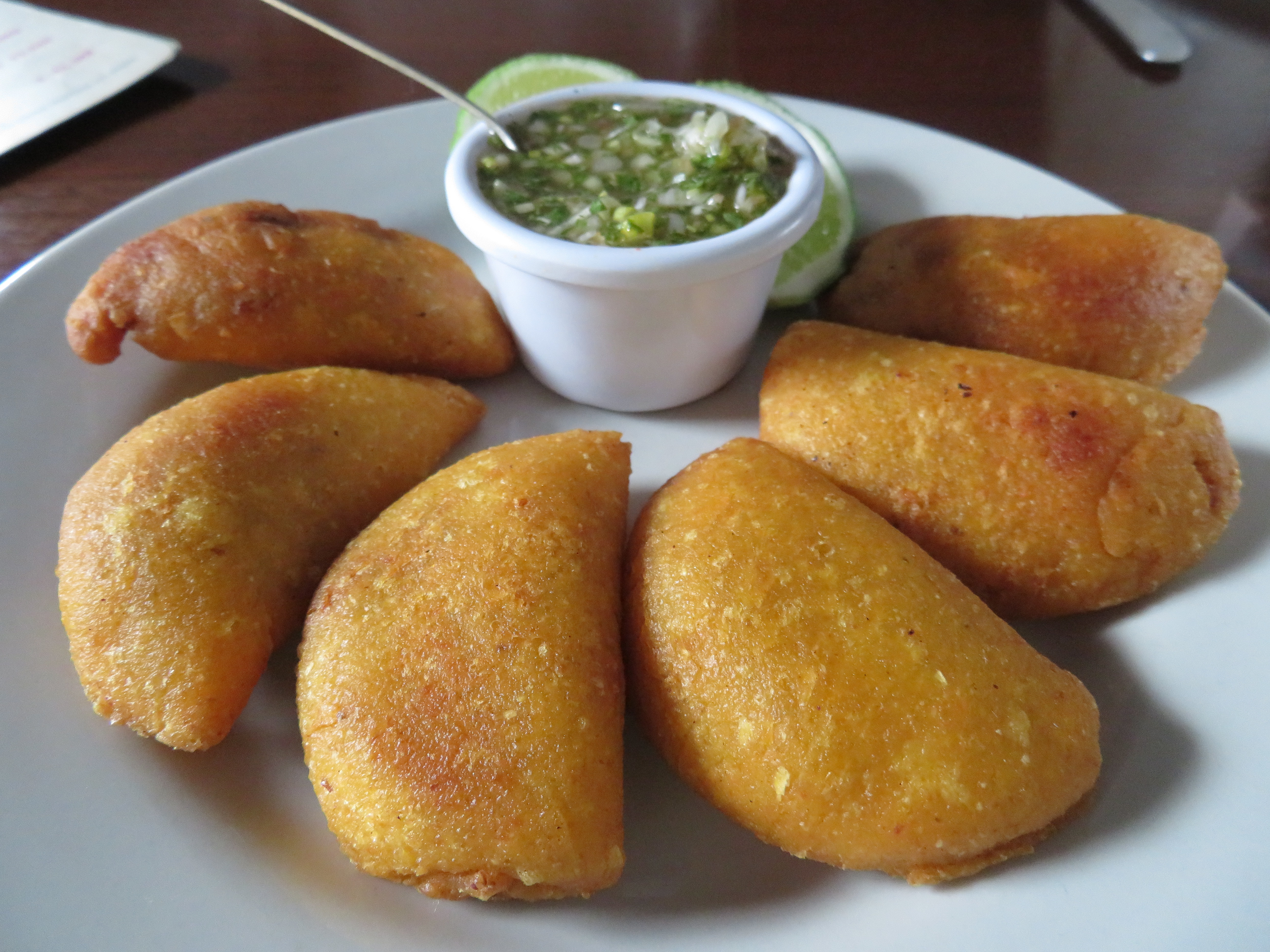 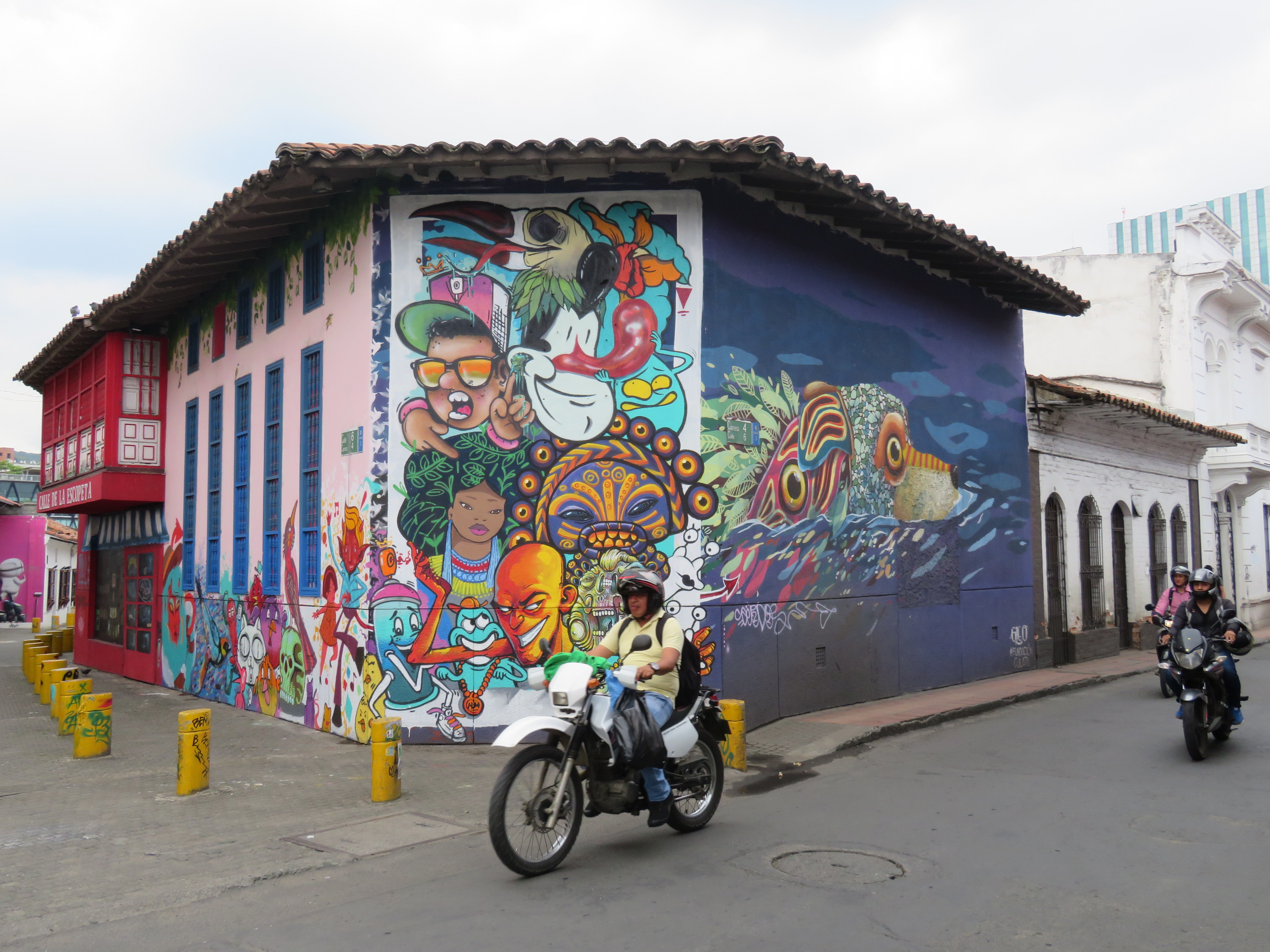 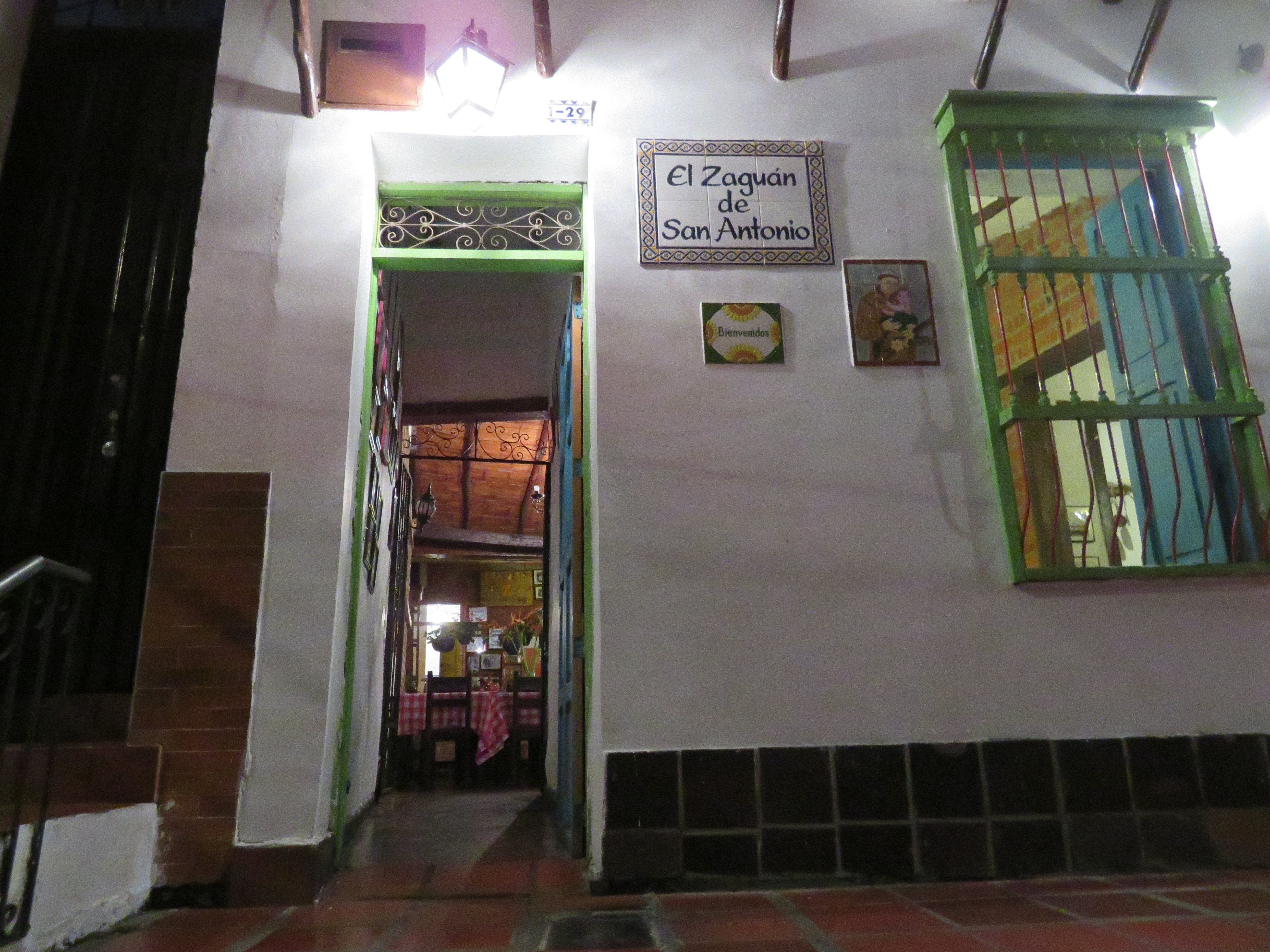 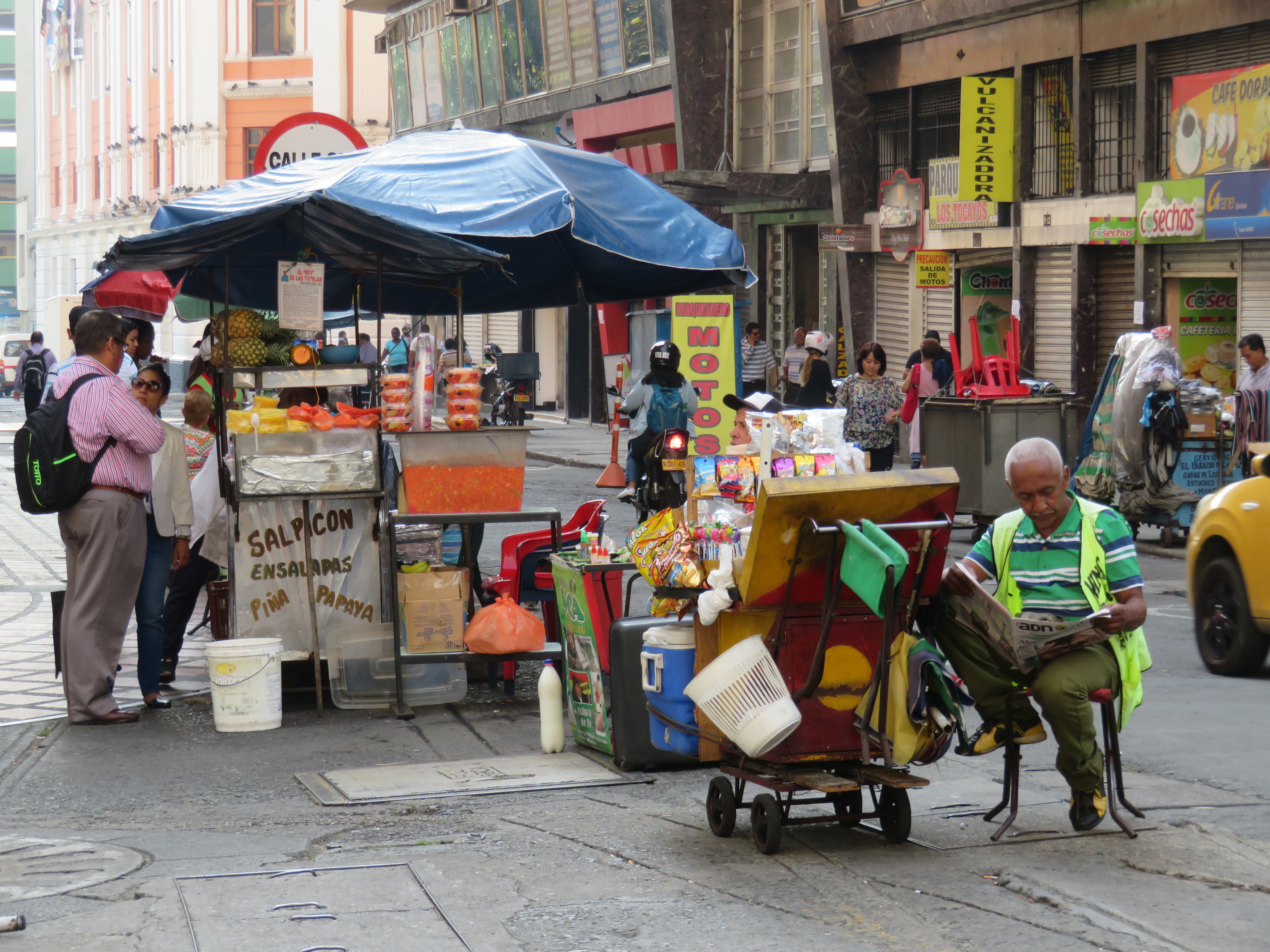 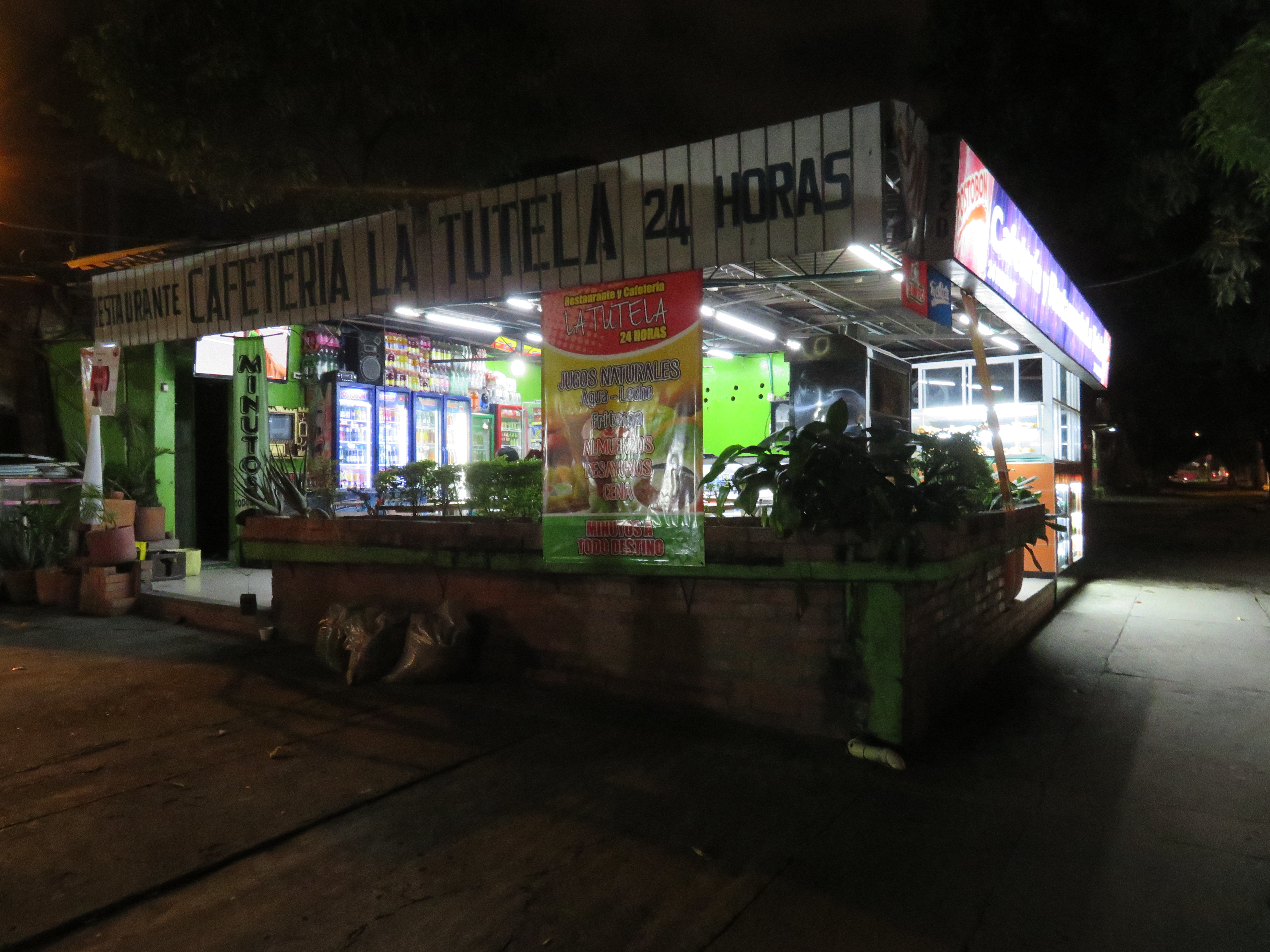 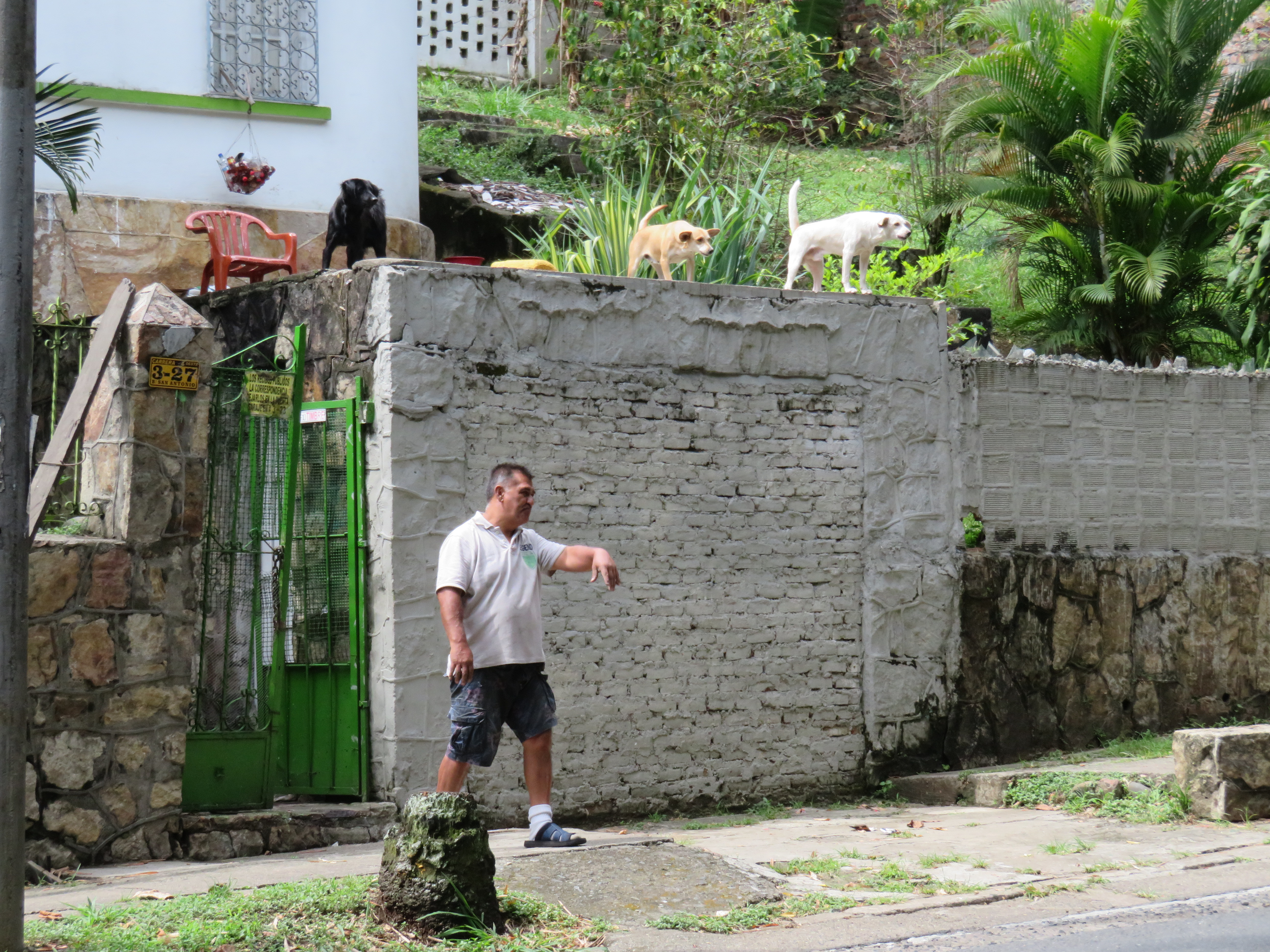 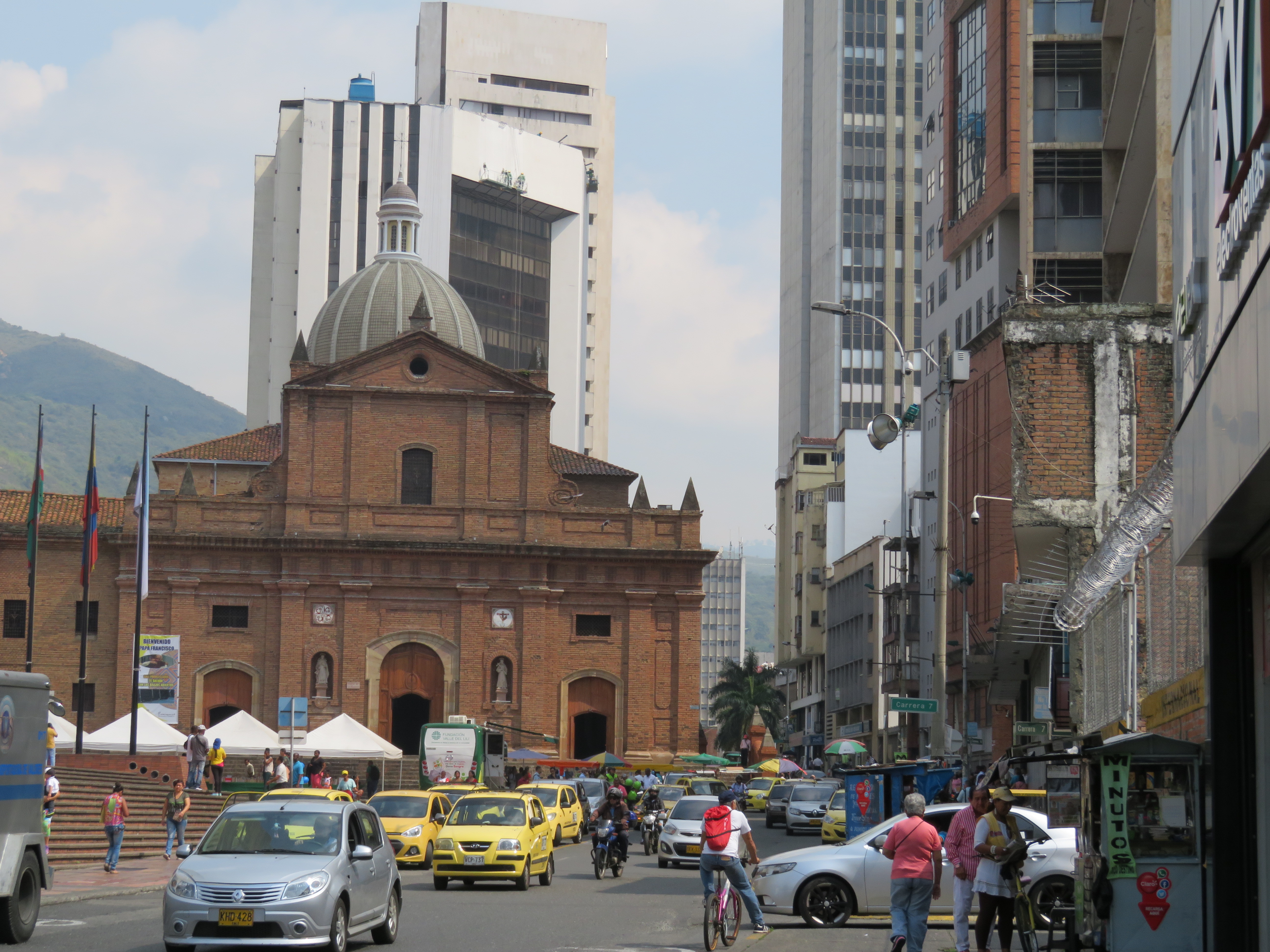