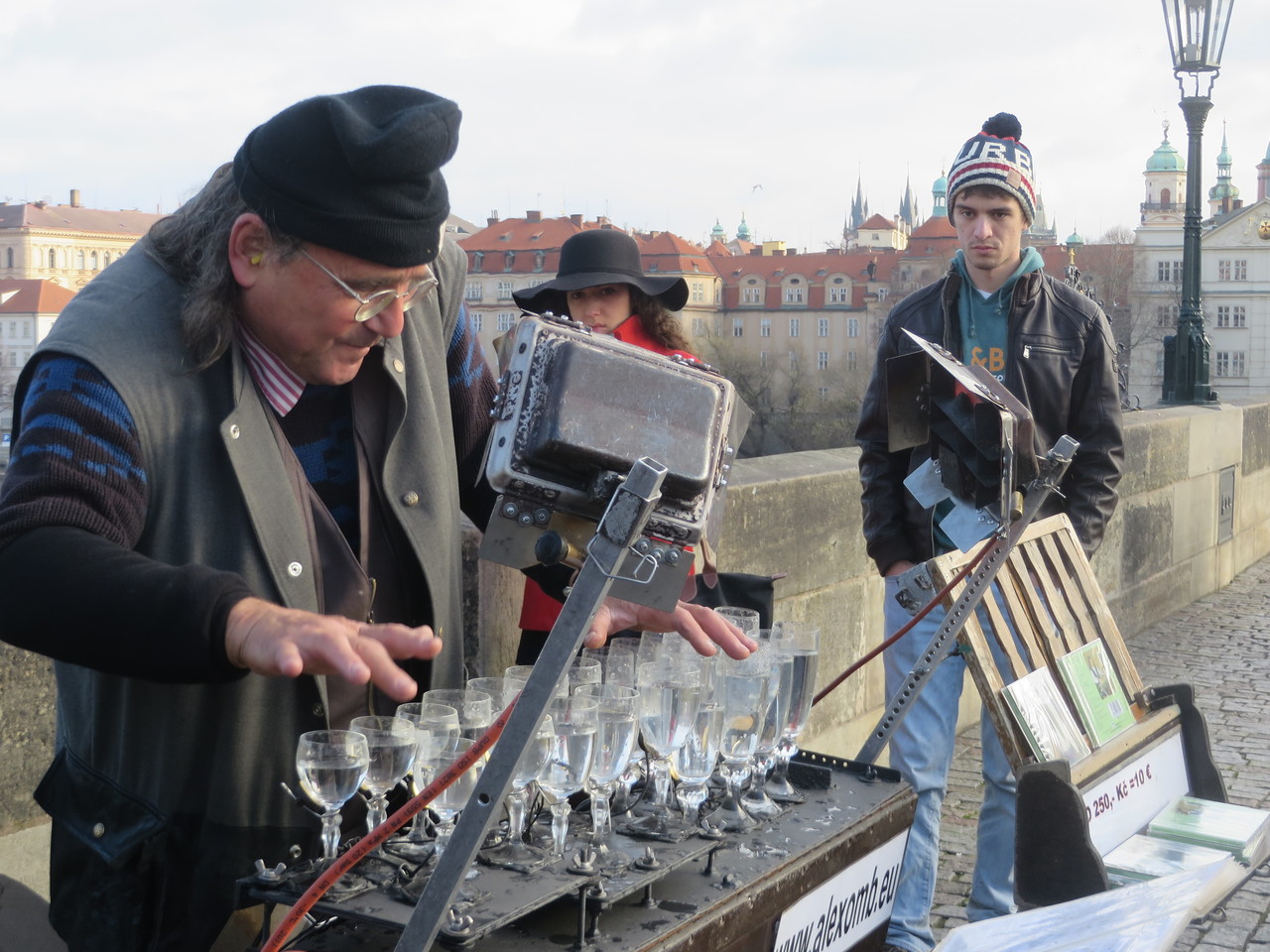 The evening of my fourth night in Mala Strana (Lesser Town; Prague), I walked by a long strip of stores, bars, and side streets dotting the area and providing casual meeting places lit by modern lanterns that glow and remind me of a fading color postcard. The sun is setting, and I am simply wandering to the River Vltava feeling lost, awash in a city that pays homage to Lennon on a mural and provides meals so heavy a few bites leaves you full. 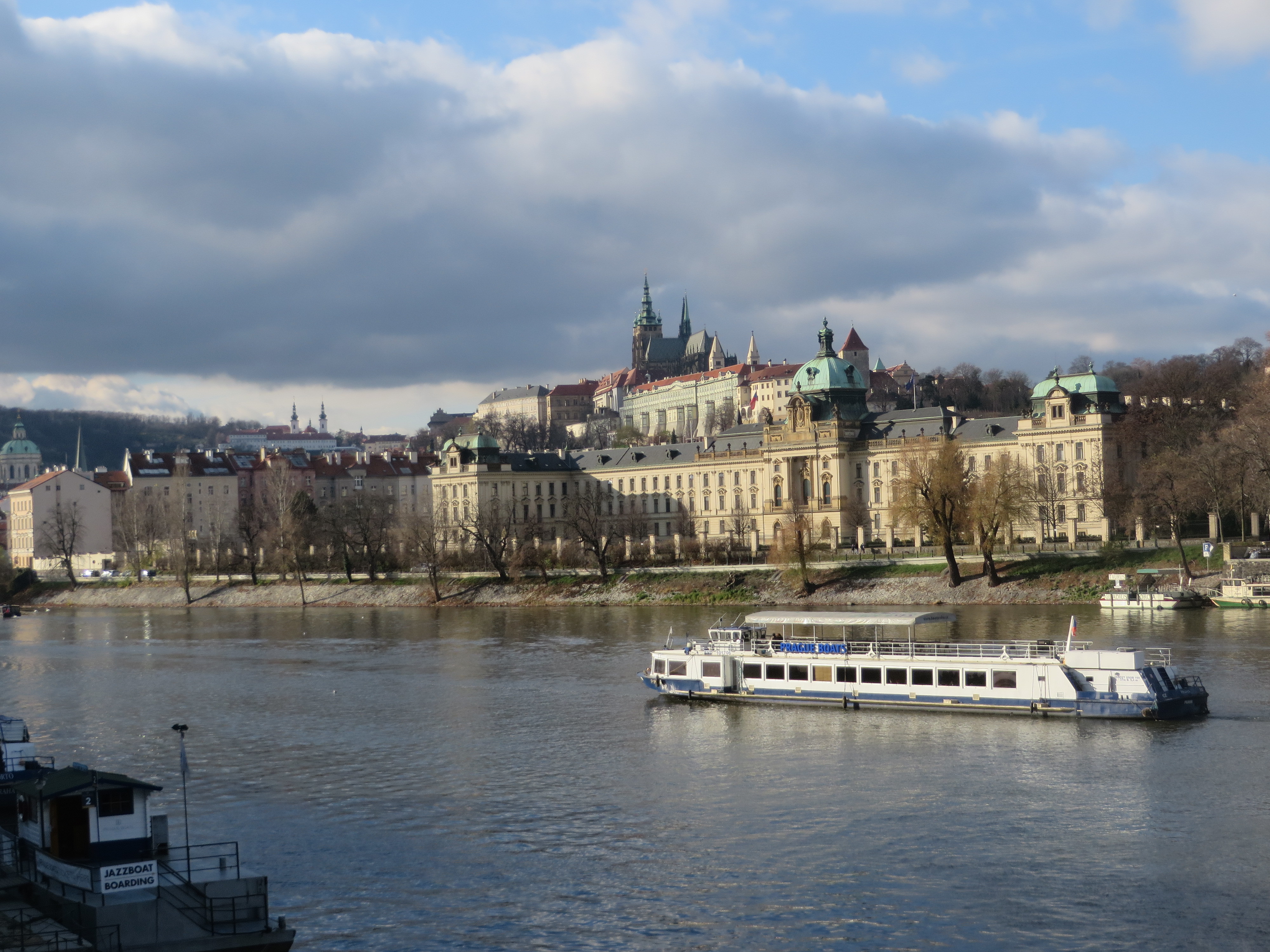 Small groups meet in corners in front of lounges and at the most popular locations near one of a few bridges that connects the Lesser Town to the Olde Town. Cigarettes, pilsners, and casual conversation reinforce the feeling that I have had since arriving the feeling of being lost and almost miniscule in a country that is a few hundred years older than the United States.

Suddenly, I am asked for directions by a small group of Italians backpacking across the country and as casually as I can make temporary friends over banter in broken English. Our evening debacles includes peeks inside museums and sips of wine and chugging of beer. 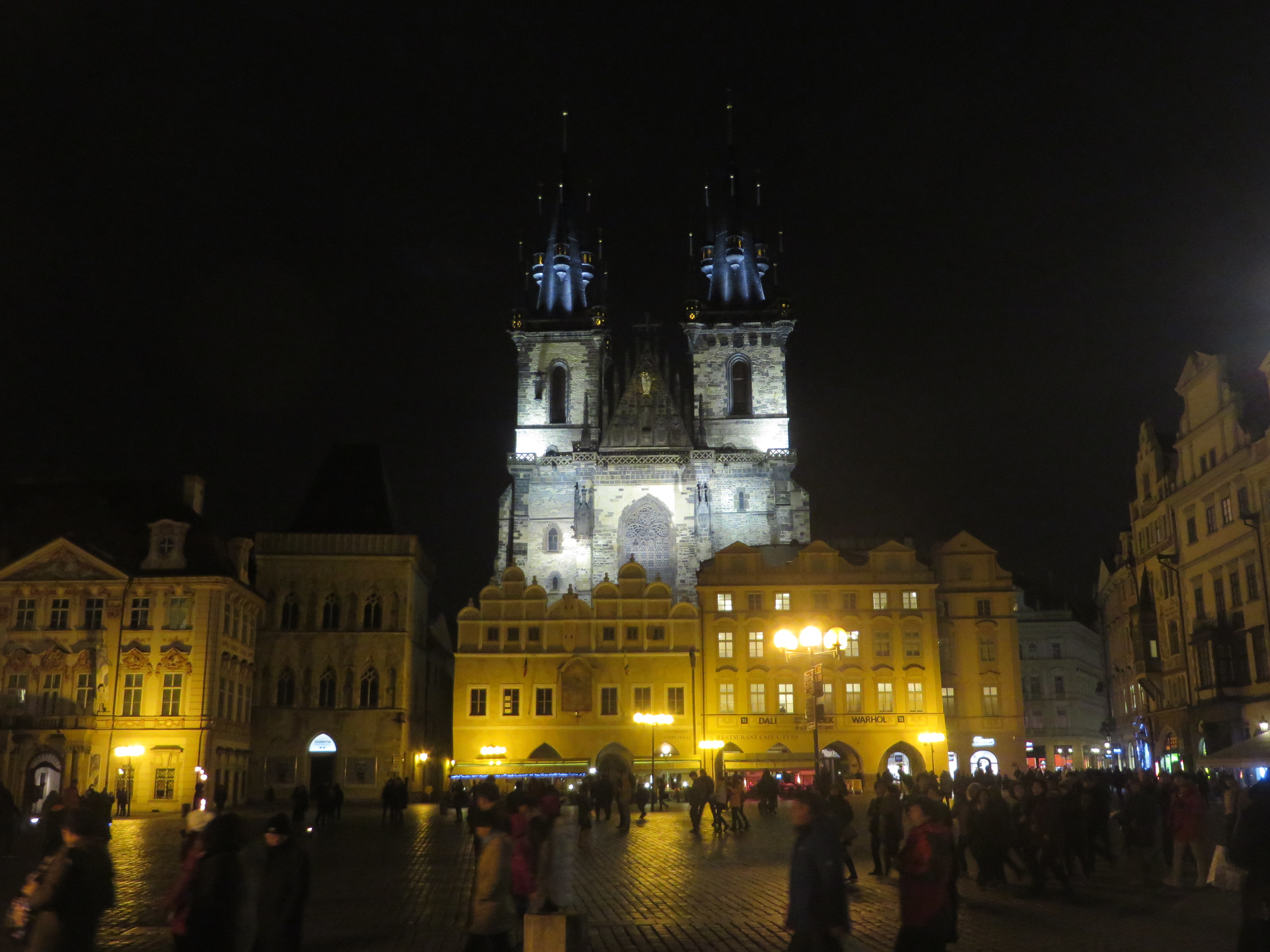 We return to the Old Square as the crowds start to thin and the evening is bookended by the moon as restaurant staff peek out the windows looking for any last minute, hungry stragglers before locking the doors to allow the patrons to slowly call it a night on their own terms.

The sounds of footsteps over cobblestones fade away, leaving me on my own again. I hang and stand in the square looking around and taking it all in. The castle in the distance and the moon and a church loom in front of me as Christmas themed stall workers lock up their stalls and throw away the last of the trash as cabbies tuck themselves in under their jackets and brims of their hats shade their eyes. At that moment, I finally call it a night and slowly head back to my flat, ready to return to the States as I am full of experiences from my time in Prague. My slow lamenting walk leaves me with time to reminisce on what I have seen and learned from prior days. 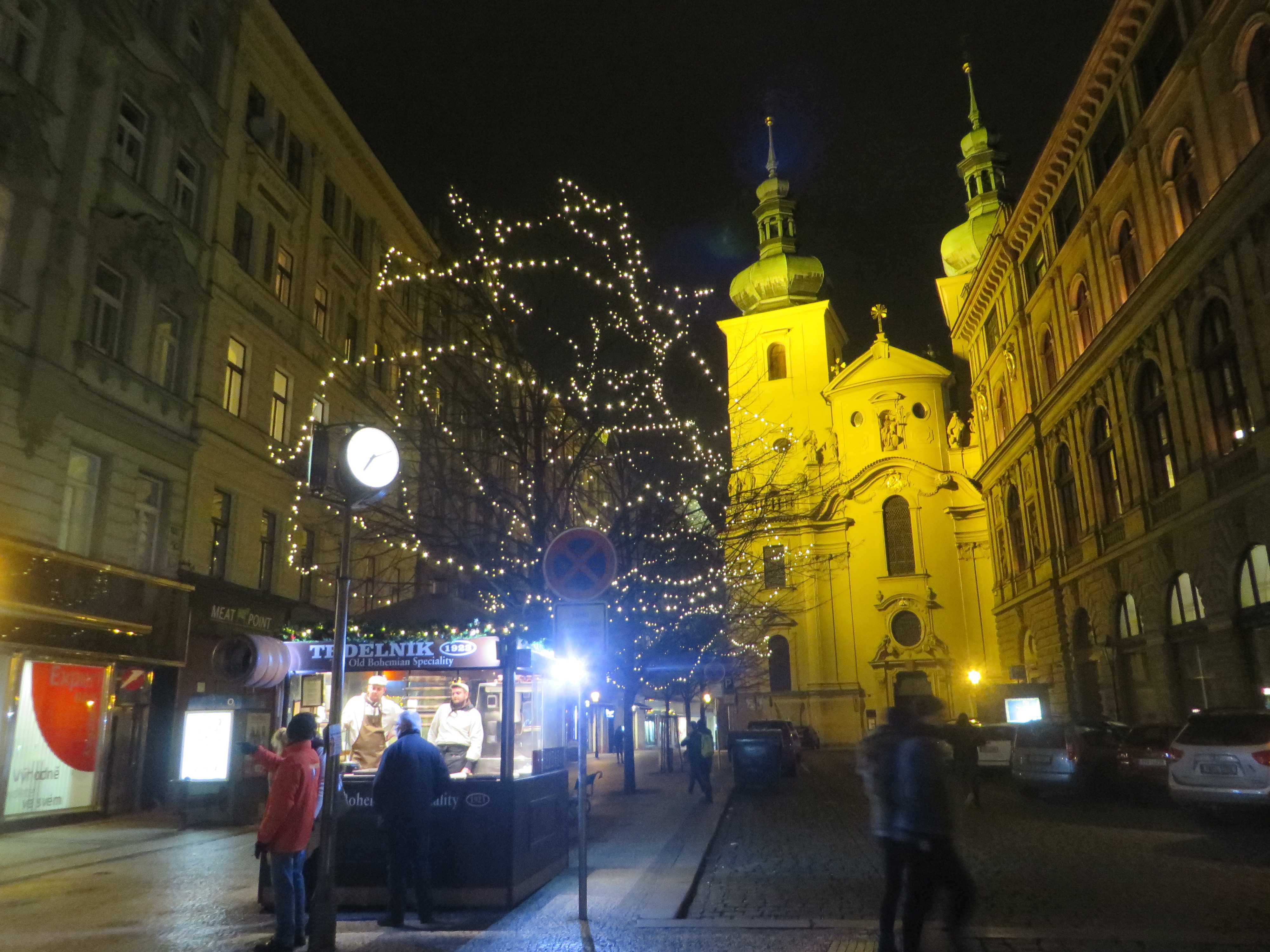 Let’s start with the what and where, as I continue my slow walk. The setting is the 10th century in the western province of Bohemia, formerly a crown for the Holy Roman Empire. Centuries later, ethnic discontent between the Czech and the minority German population lead to warfare now inspires the “Game of Thrones”. Bodies were thrown out of windows as the Hussite Period begins.

Along with the Athenians and Spartan, the Hussites would eventually work together to oppose the coming of the Catholic Hapsburg Dynasty, which lead to the suppression of the Czech language and culture that had lasted for centuries. 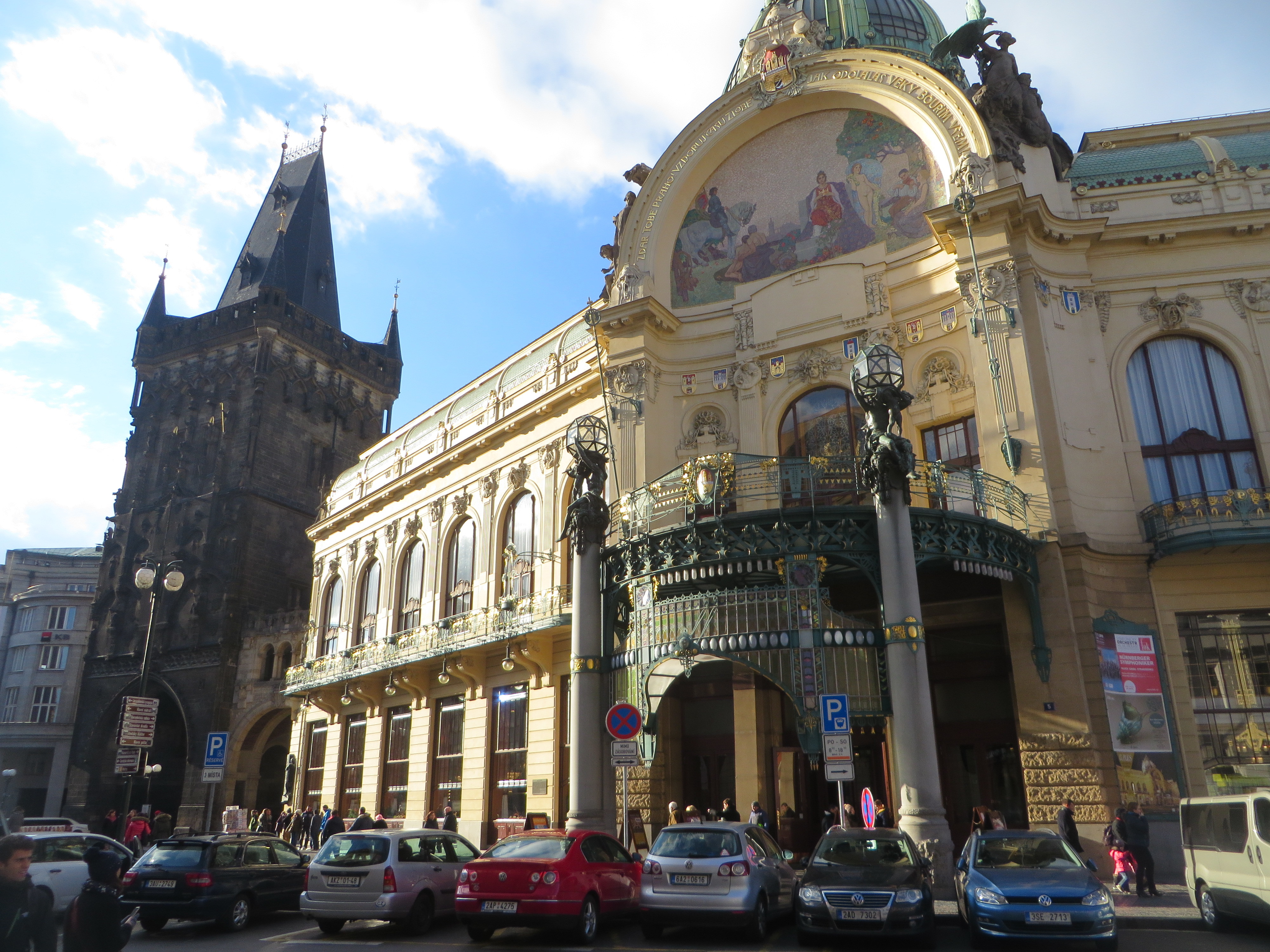 Artists were brought in throughout this period to create the fairytale setting of Prague. Cobblestone streets were full of huffing horses breathing heavily to pull their loads between castles and structures with quirky designs and zig zagging curves that form patterns that turn buildings into works of art. The squares are made for protests and events as clocks move on precisely to create an almost animatronic look.

This would last for hundreds of years until nationalism caused an uproar that finally pushed back against the suppression of language and culture that brought the Czech and Slovak cultures to the forefront. 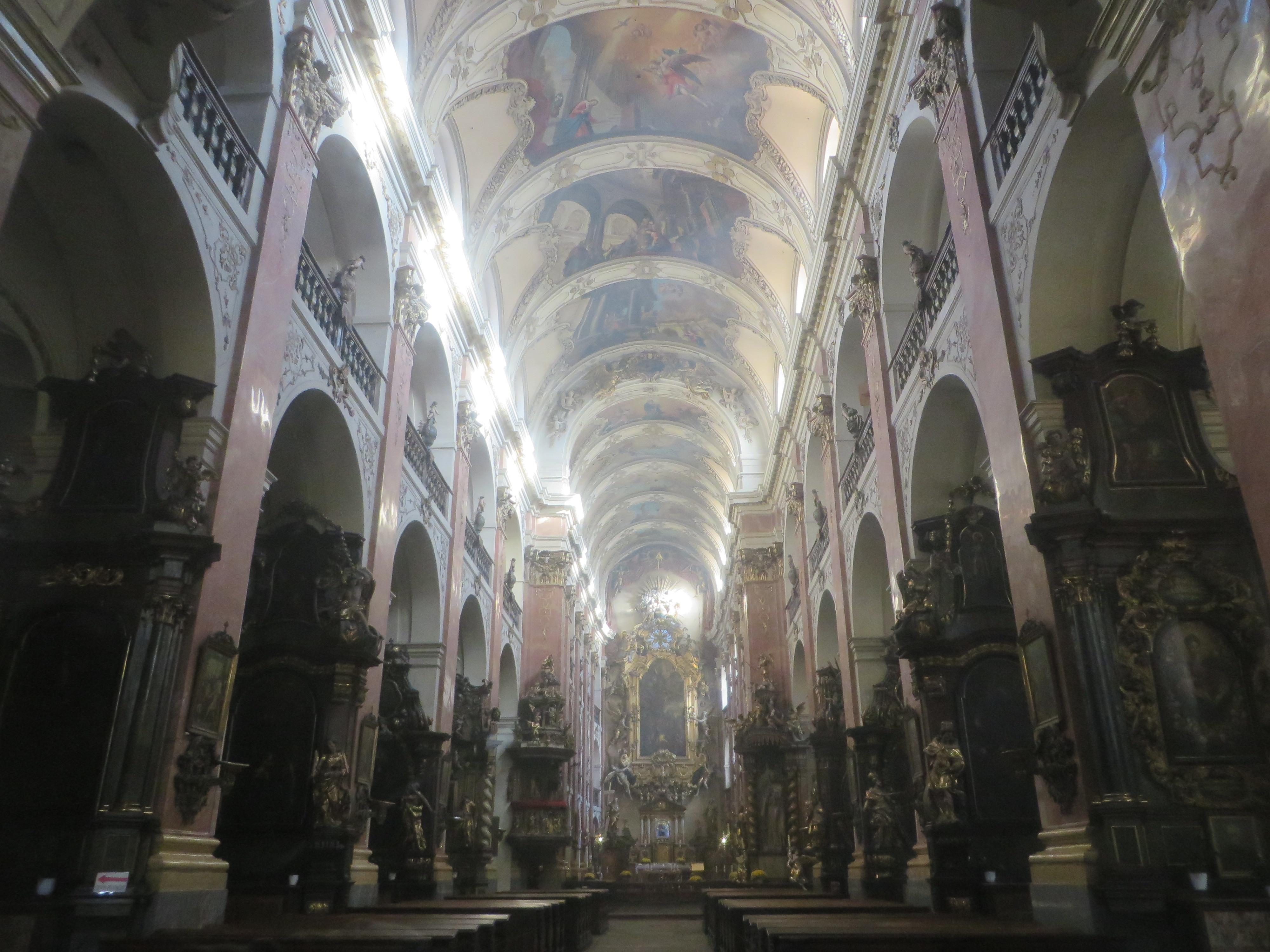 A new Austrian Hungarian Empire would soon reign, lasting only for a short time, until the Great War brought Hitler to their doorstep and Germany reigned over the country once more. Nazism, was followed by Communism and a Velvet Revolution that was so smooth it led to Socialism lite.

Today, you would be hard pressed to see any scars from prior centuries, instead, what you find is a story like setting around the Charles Bridge that towers over the Vltava River where tour boats and booze cruises drift between embankments, while friends and couples tink glasses of champagne and remark on how blue the skies are during the day. Those same couples stare at each other at night lost in their own fantasy complete with looming castles in the background. 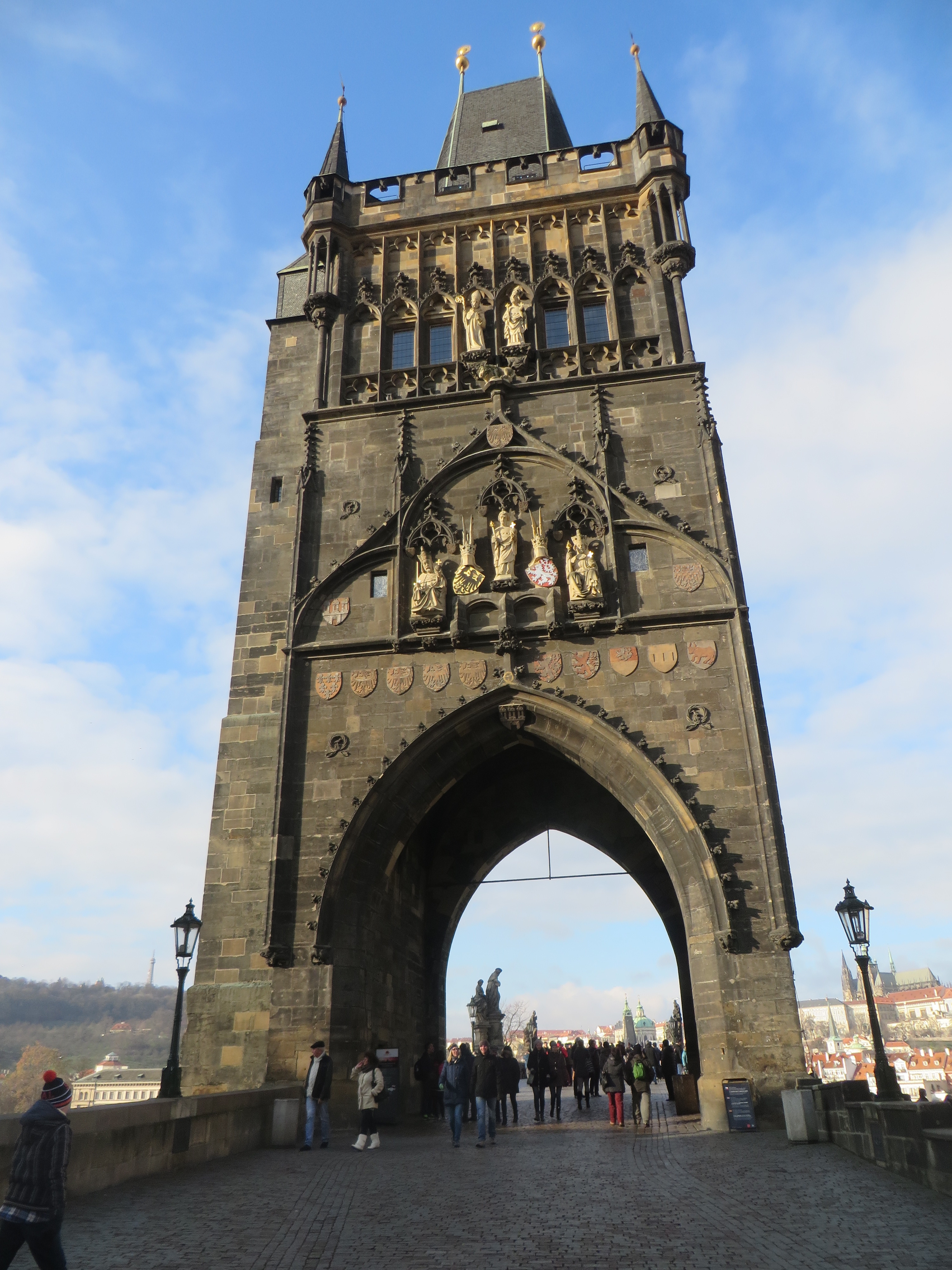 Strolling across the Charles means spending time with the Patron Saint of Justice (St. Ives), St Annie (Virgin Mary's Mother), and St. Wencelas (a patron saint) as part of a collection that spans the bridge and creates a boardwalk of religious heroes whose features are so intricate in detail that it seemed the person was in the stone. 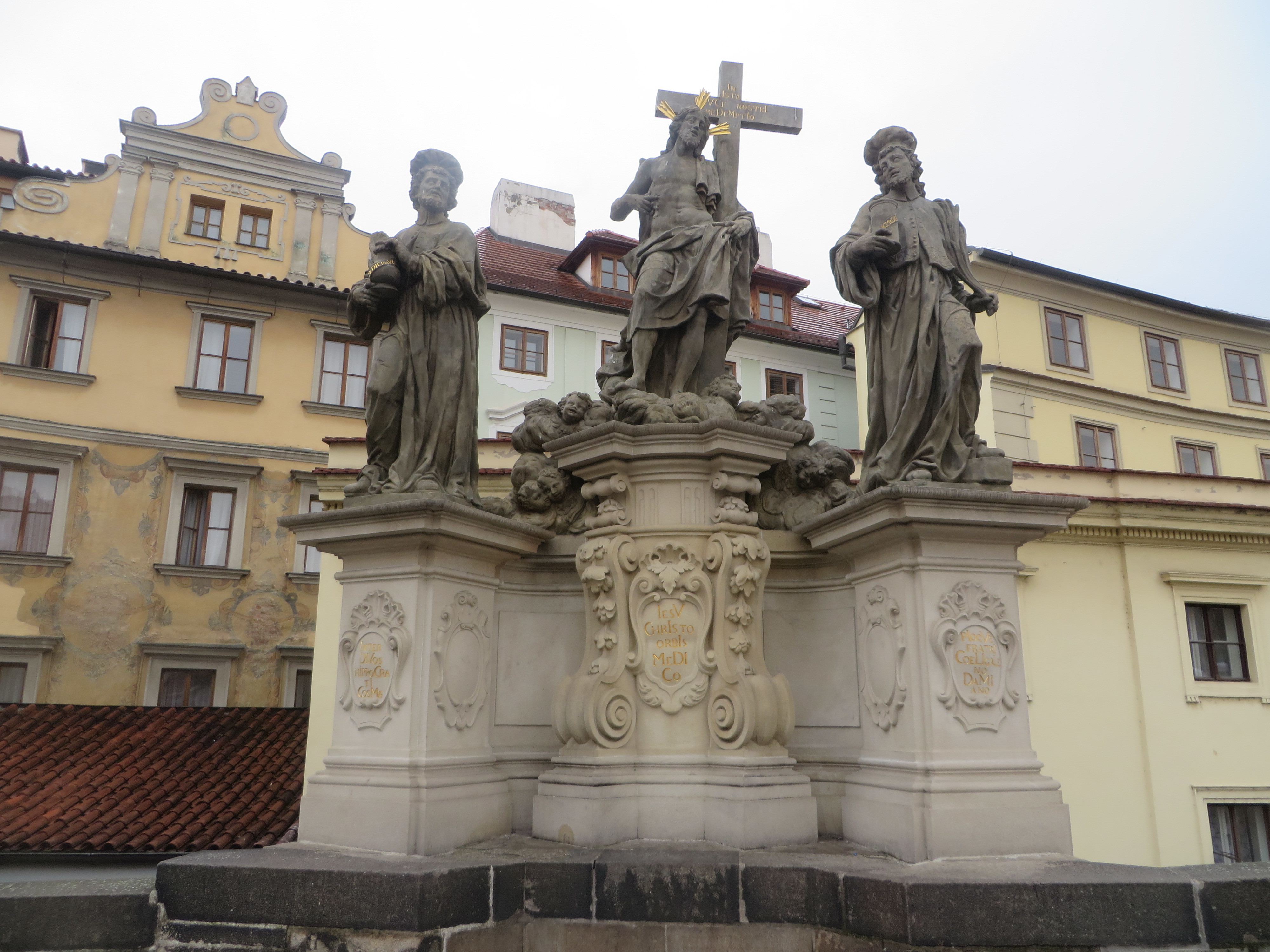 Billie plays softly in the background while crowds of Europeans and some Americans create delusions of being knights or members of the court as they make their way to Prague Castle (Hrad) a landmark that has stood watch, over the city, since the 9th Century.

The Matthais Gateway (Matyasova Brama) brings you fully into the old world as chapels (Holy Road), galleries, cathedrals, and the Palace bring you into a land completely foreign and replete with customs and traditions strange to us from the New World. The rush of tourists flows in each direction as they snap photos of the architecture and cobblestone paths. 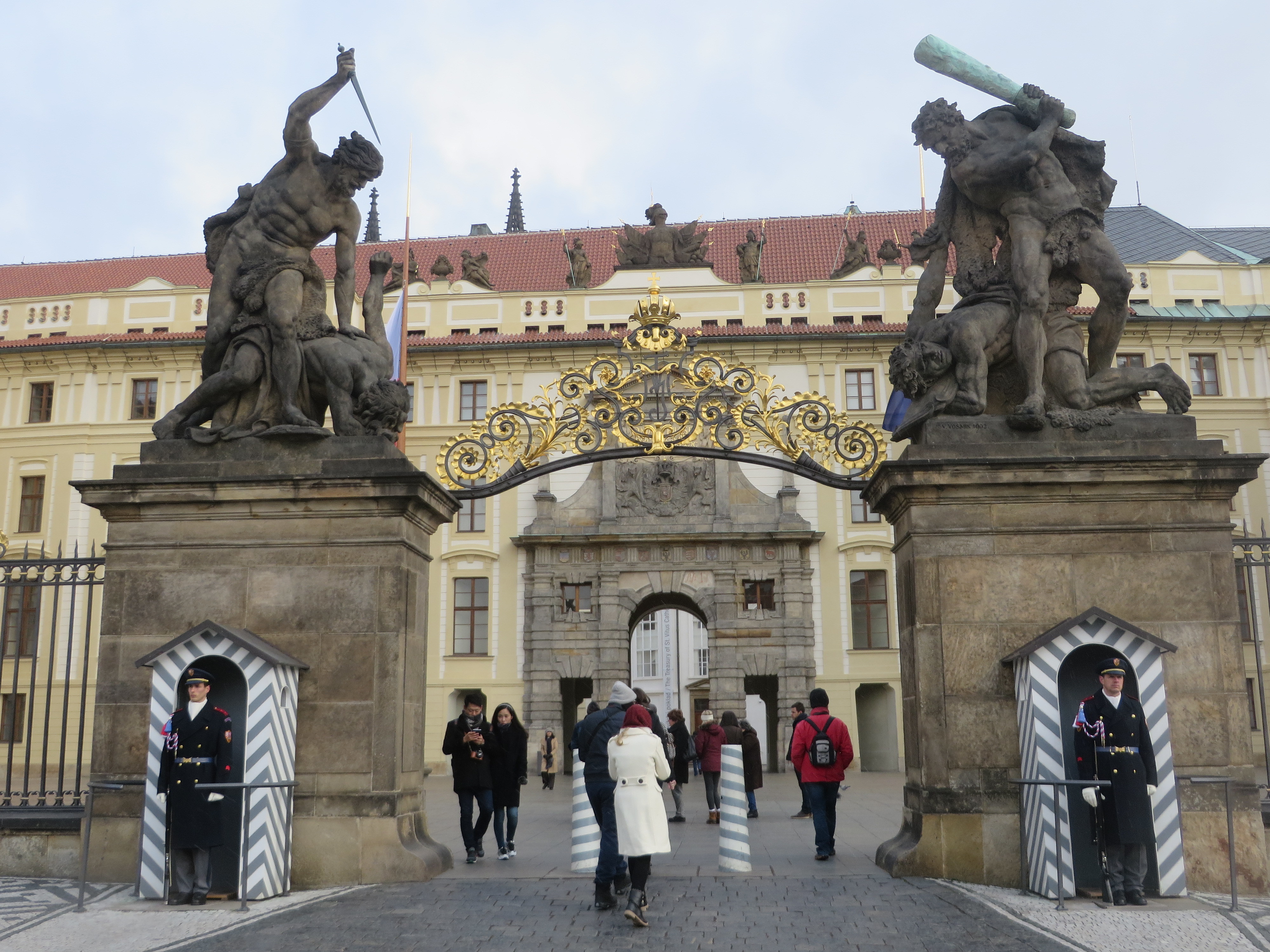 The mid day sun looks down, bringing beads of sweat and leaving you tantalized to see more.

Mornings are like Christmas Day as you rush to Stare Maestre (Old Town) to join the swelling crowds with cameras and selfie sticks waiting patiently for the astronomical clock in Old Town Hall to strike the hour. This kicks off a mechanical show to entertain and impress the crowd, and the added bonus of arriving in November allows you to bear witness to decorations and the Christmas Market, which sells beer, sausages, and German and Czech foods thus showcasing these starchy and hearty meals. 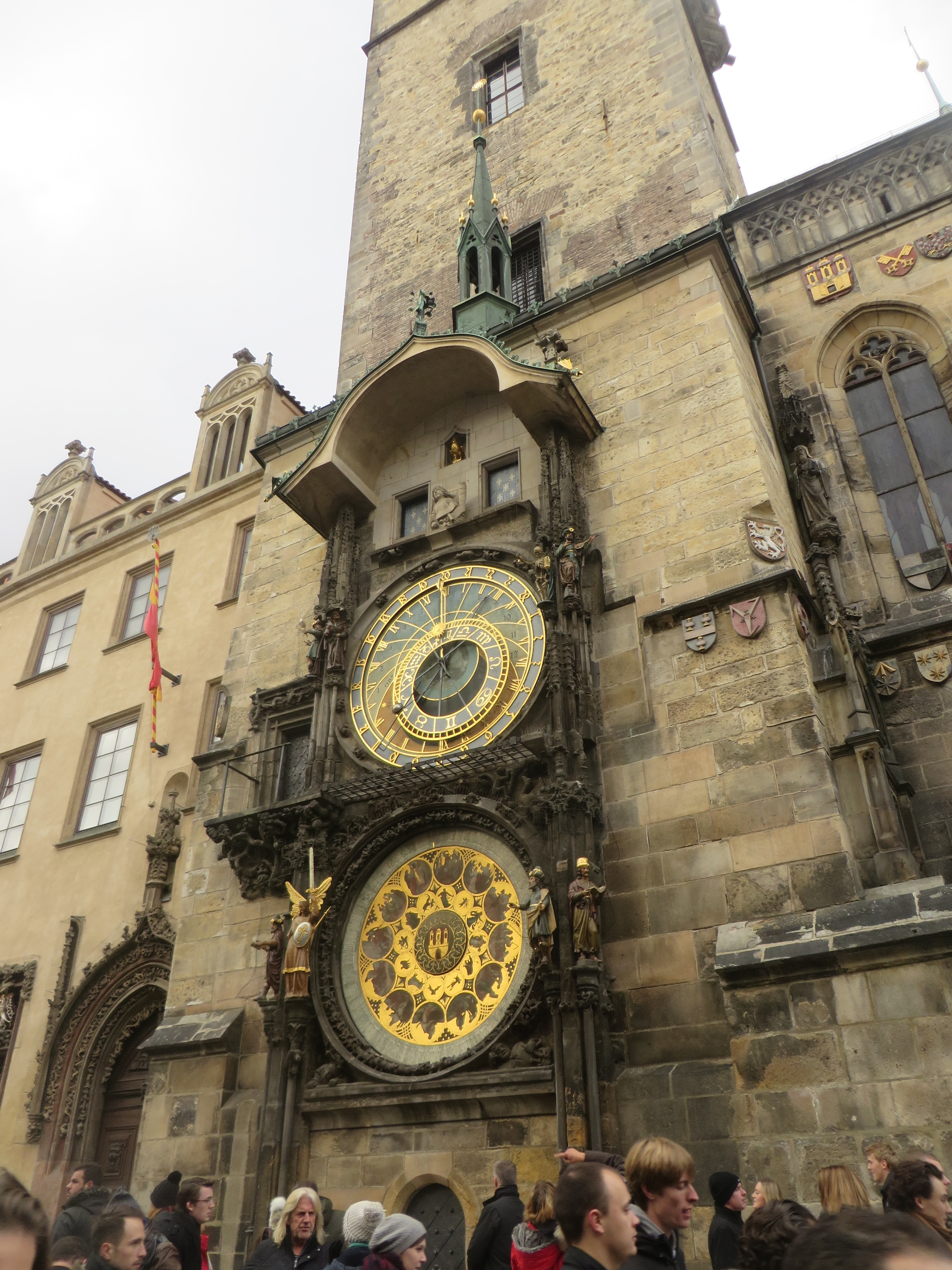 Signs that the square was once used for beheadings is non-existent. So to simply tell you this is sufficient. The Old Town Square is where the republic was born and Nazis' partied over their victories and the Soviets kicked them out and then decided to stay. This is where protests were staged and a statue of a local hero, Jan Hus, looks down, ignored by most but never by pigeons.

The Church of Our Lady Before Tyn looks down on all of us with its twin spires that loom over everyone. This backdrop reminds me of the animated film Fantasia when Mickey’s wand creates creatures who chase him. 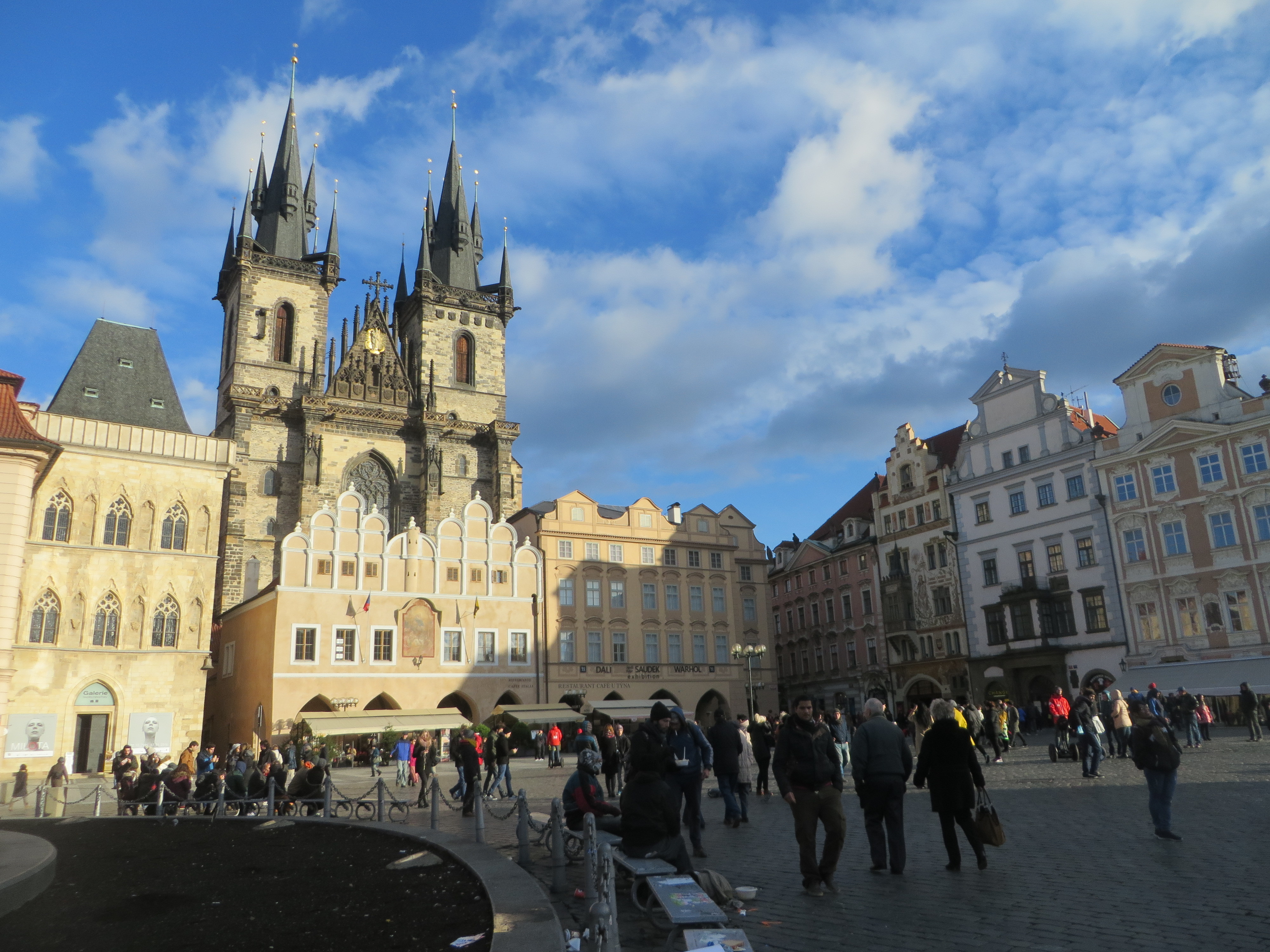 I walk into the ghetto, but it’s not the one you're thinking of.

I am used to crumbling buildings and urban decay and what you see now is what is left of segregation and a different form of persecution. The Josefev (Jewish Quarter) is now prime real estate, but it was once a ghetto that housed the Jewish community. For centuries prior to World War II, it was part of the huge diaspora in Eastern Europe that was considered illustrious and forward moving for centuries and at yet at the war's end over 77,000 had dead. 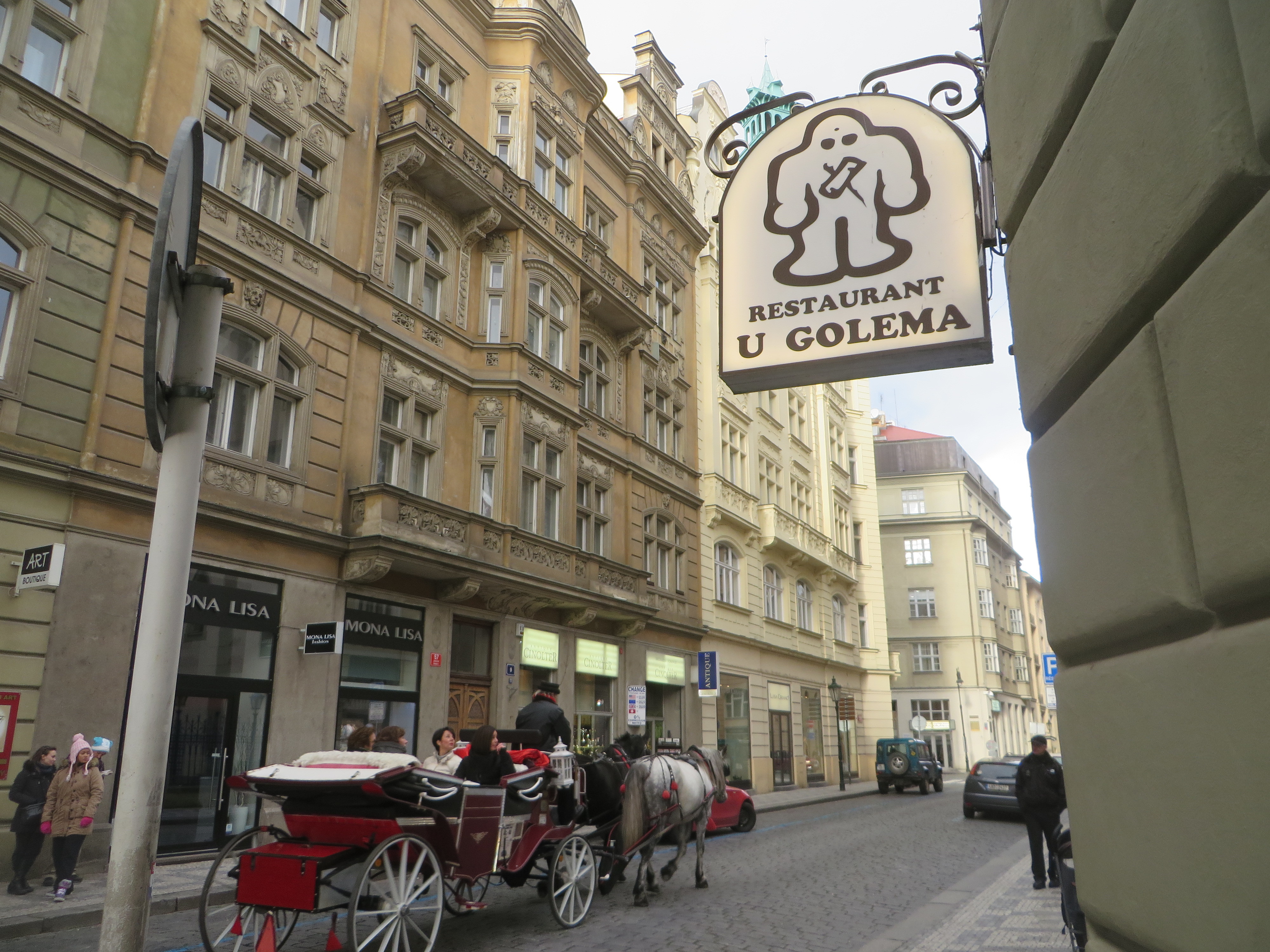 The names of those who died during the Holocaust adorn the Pinkas Synagogue, which also has items that survived over the years. Signs in Hebrew about selling wares and an increase in security reminds you that Hebrews are still being persecuted. 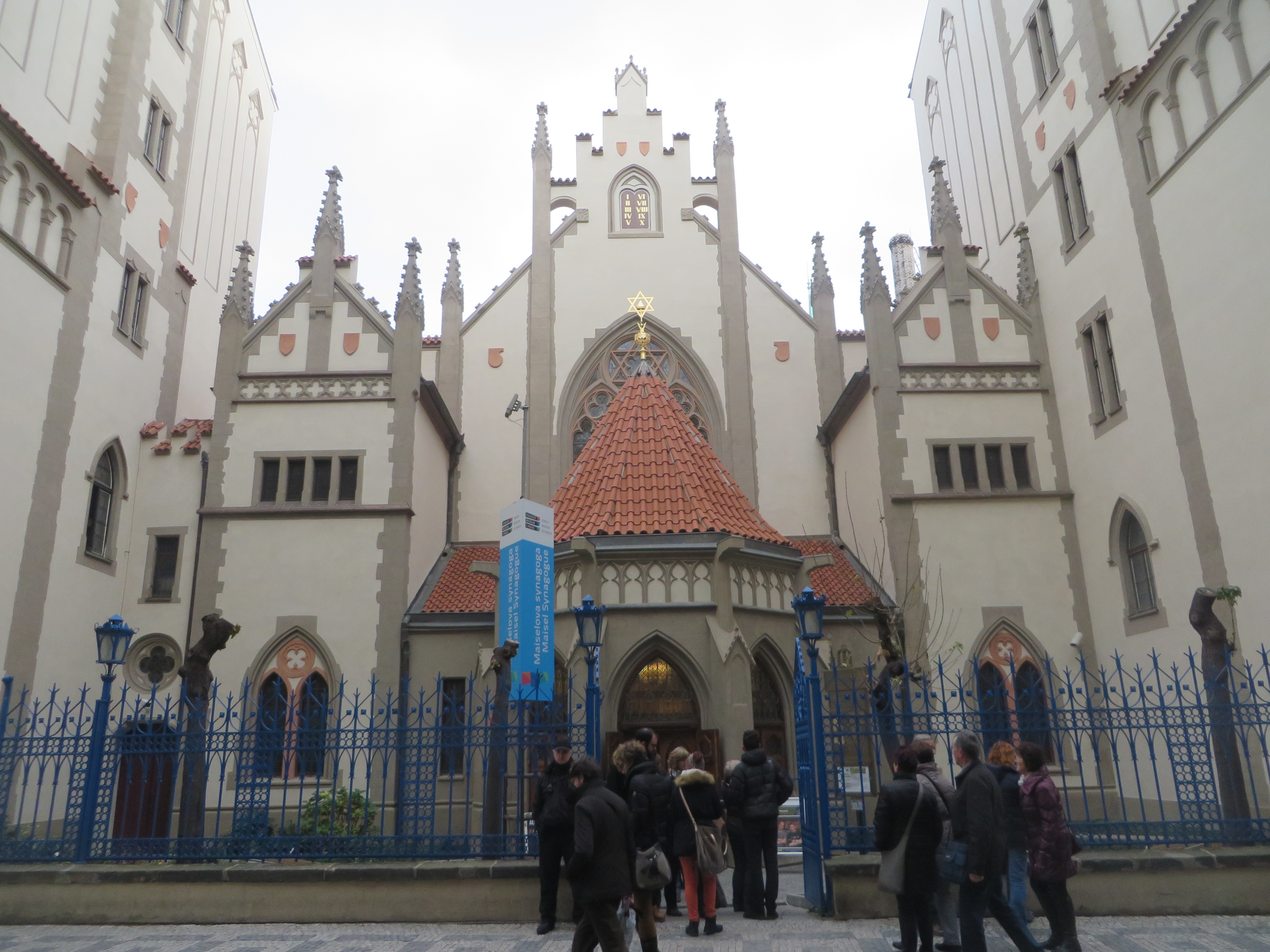 I wander between old buildings and homes as if I live here and see the original ghetto as a prototype of what was developed in the United States.

Now I'm back at my slow, lamenting walk, and I am almost back to my room. I sigh with a soft exhale and crack a gentle smile for I've walked, drank, eaten, and laughed in a fairytale kingdom named Prague and feel lucky to have done so. 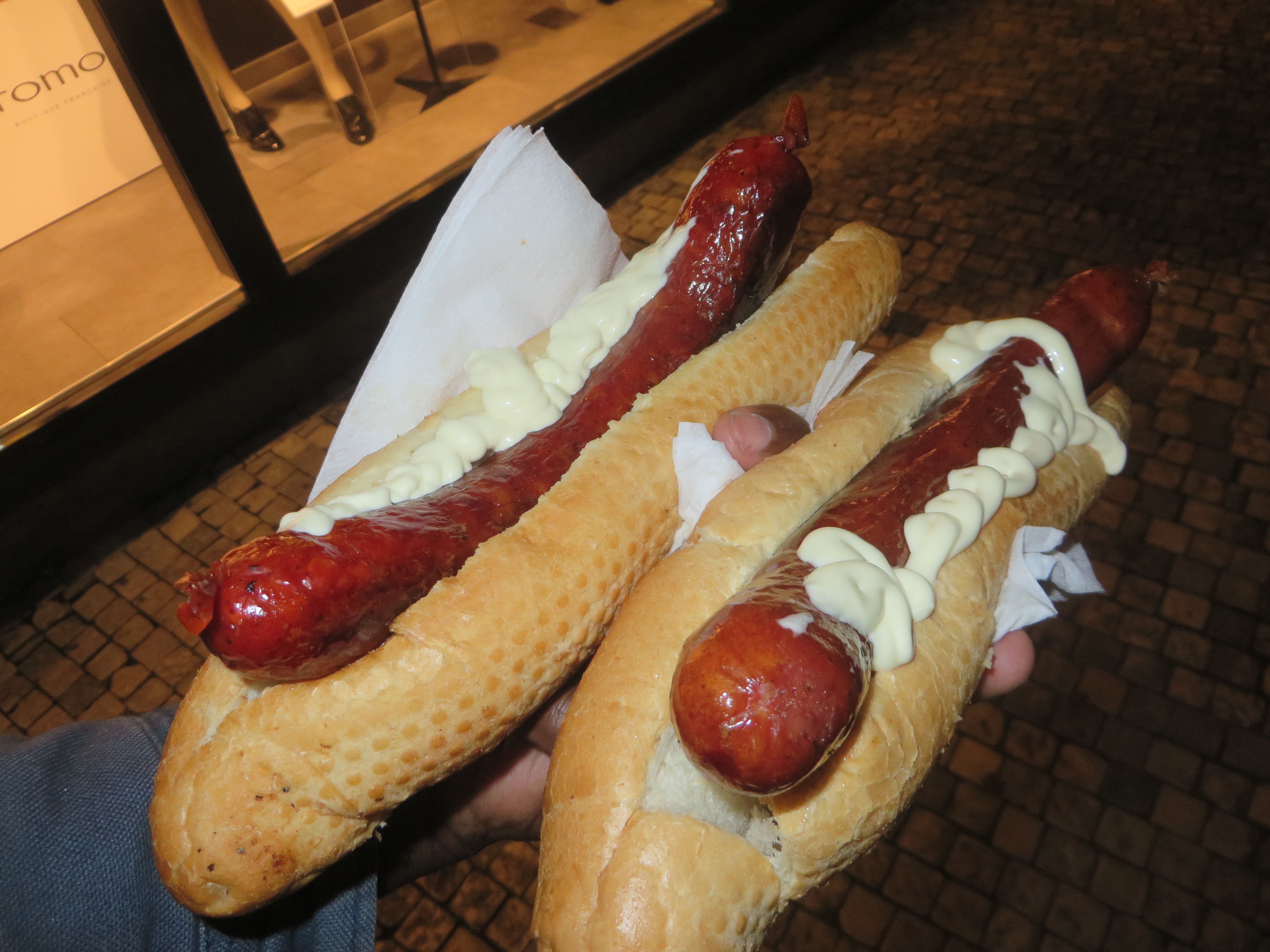 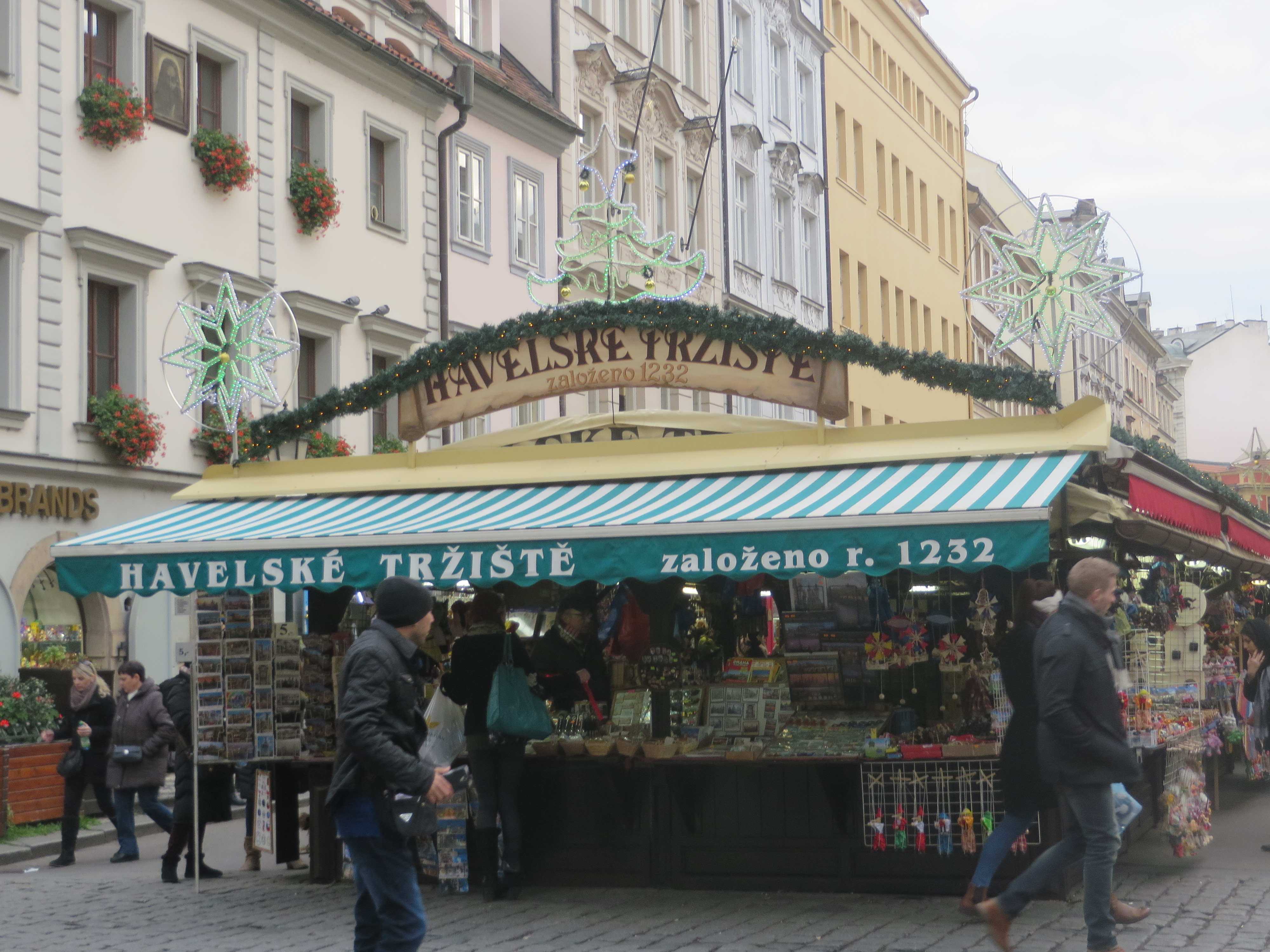 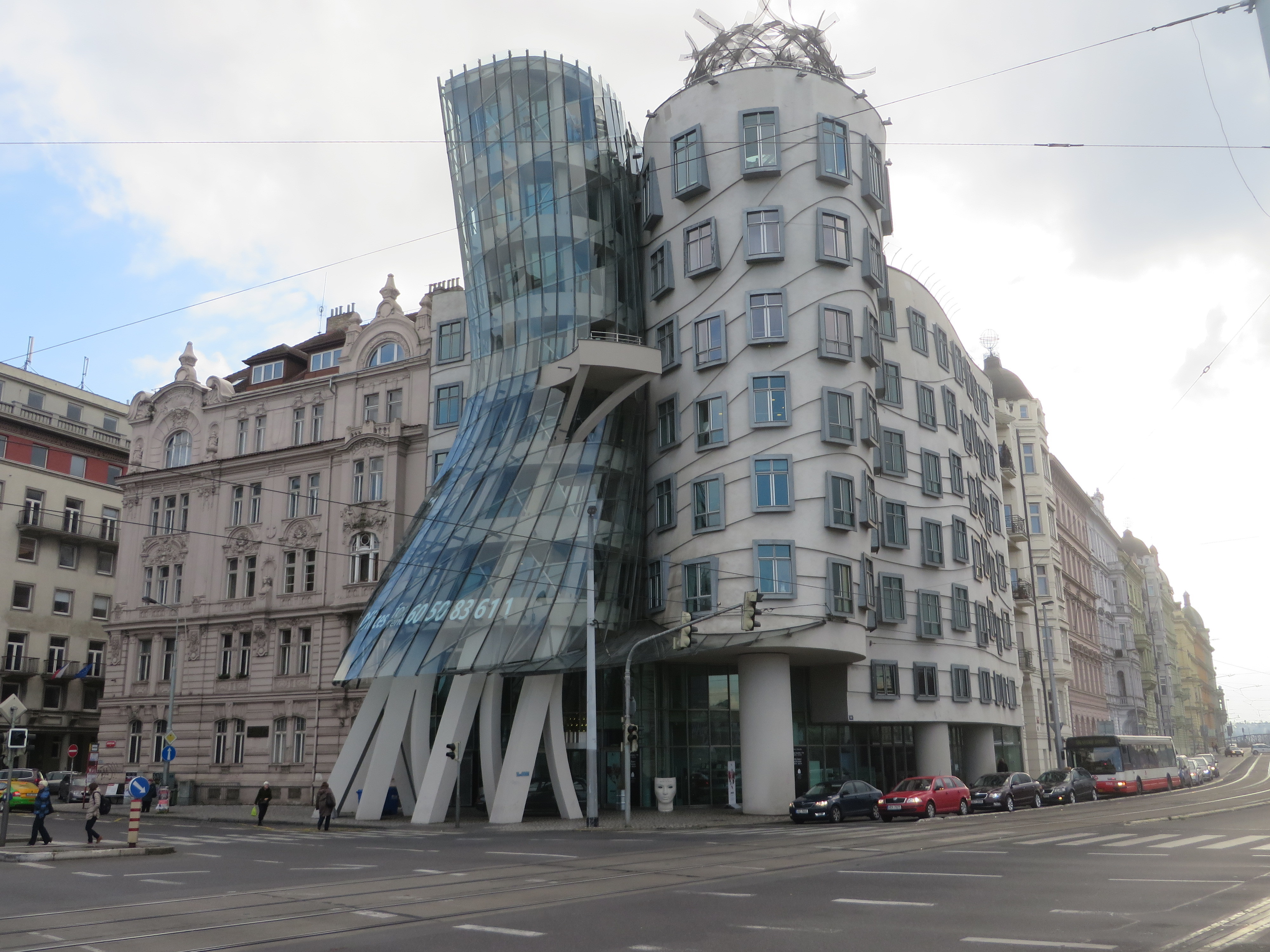 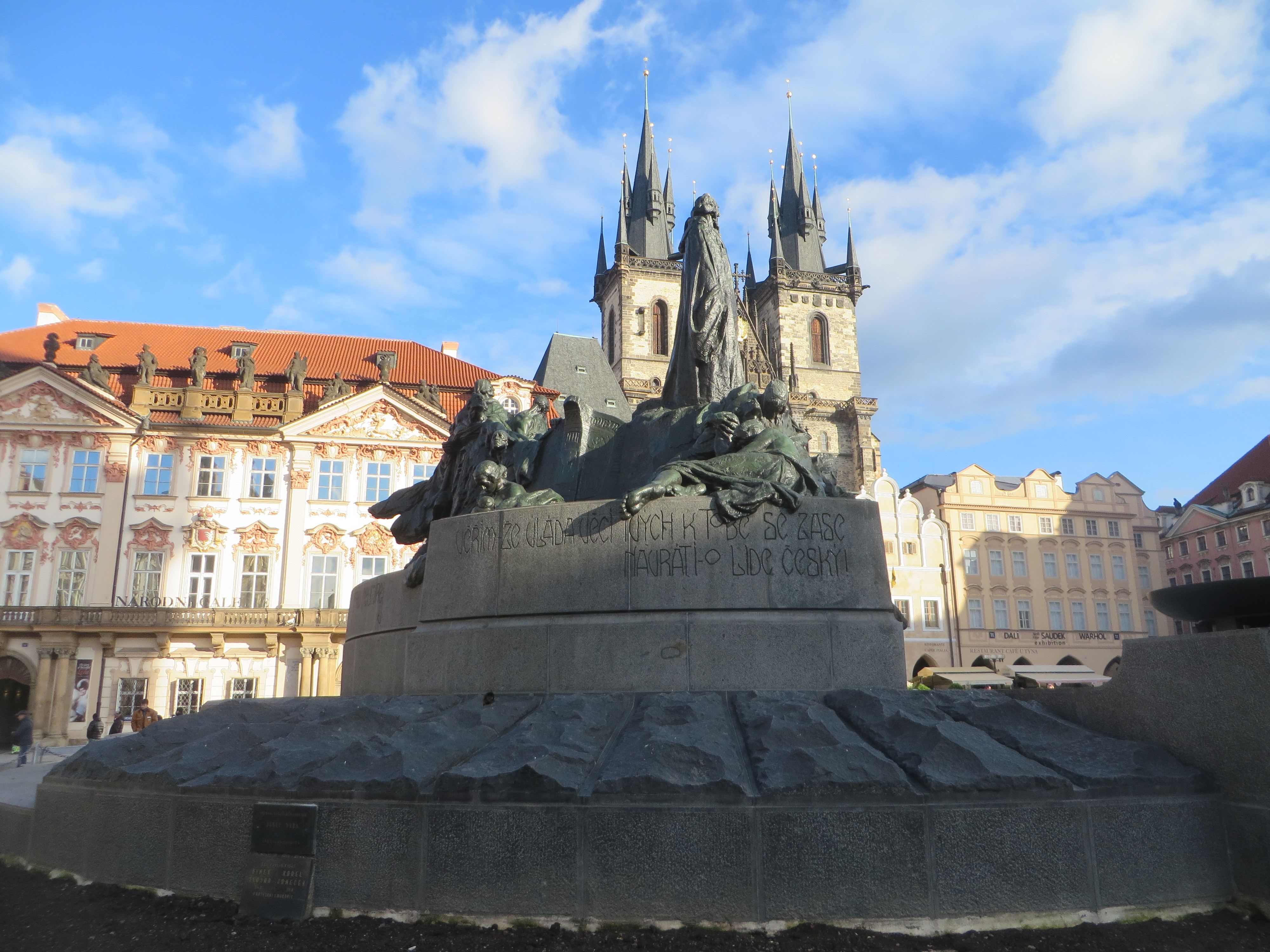 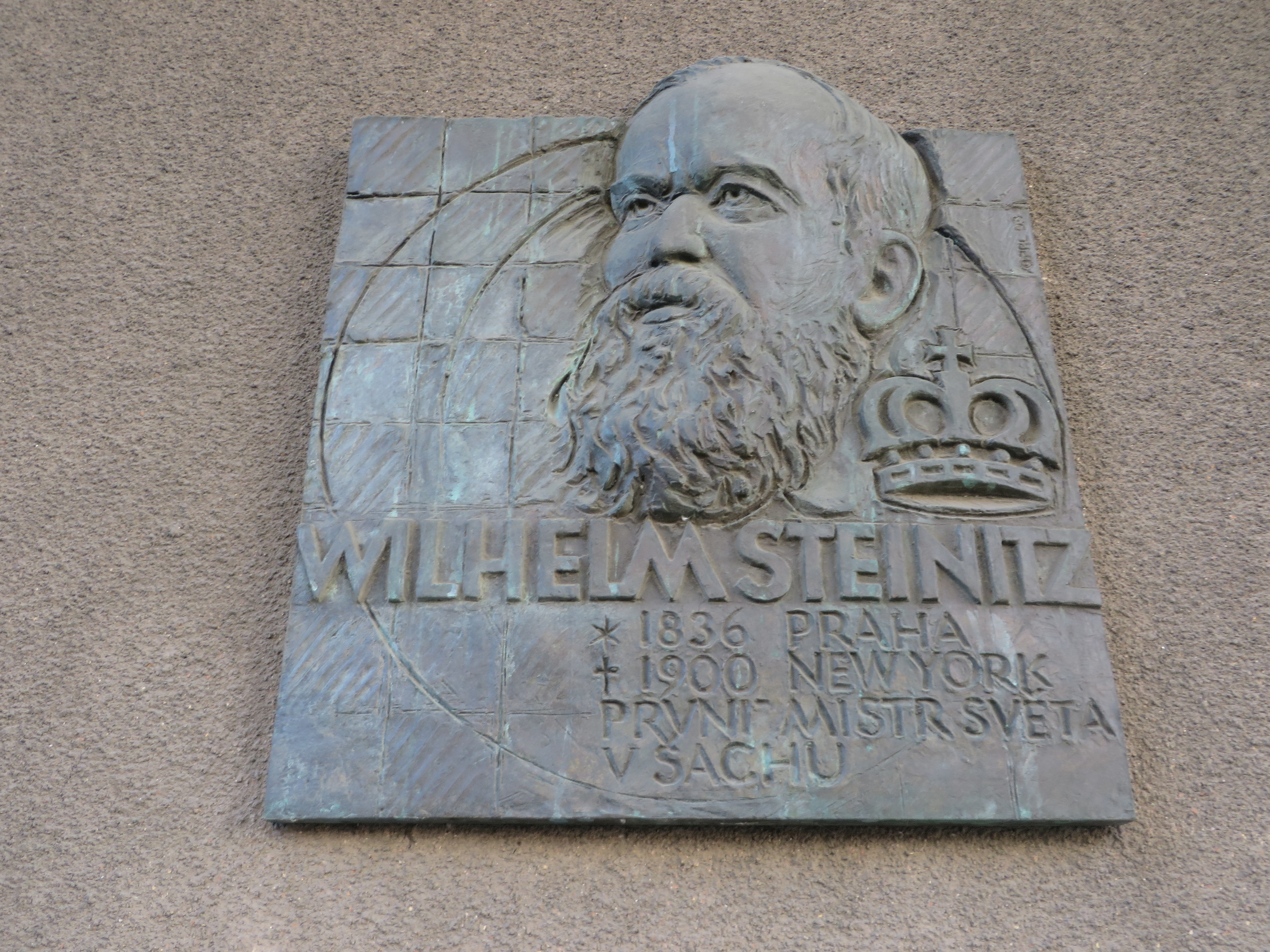 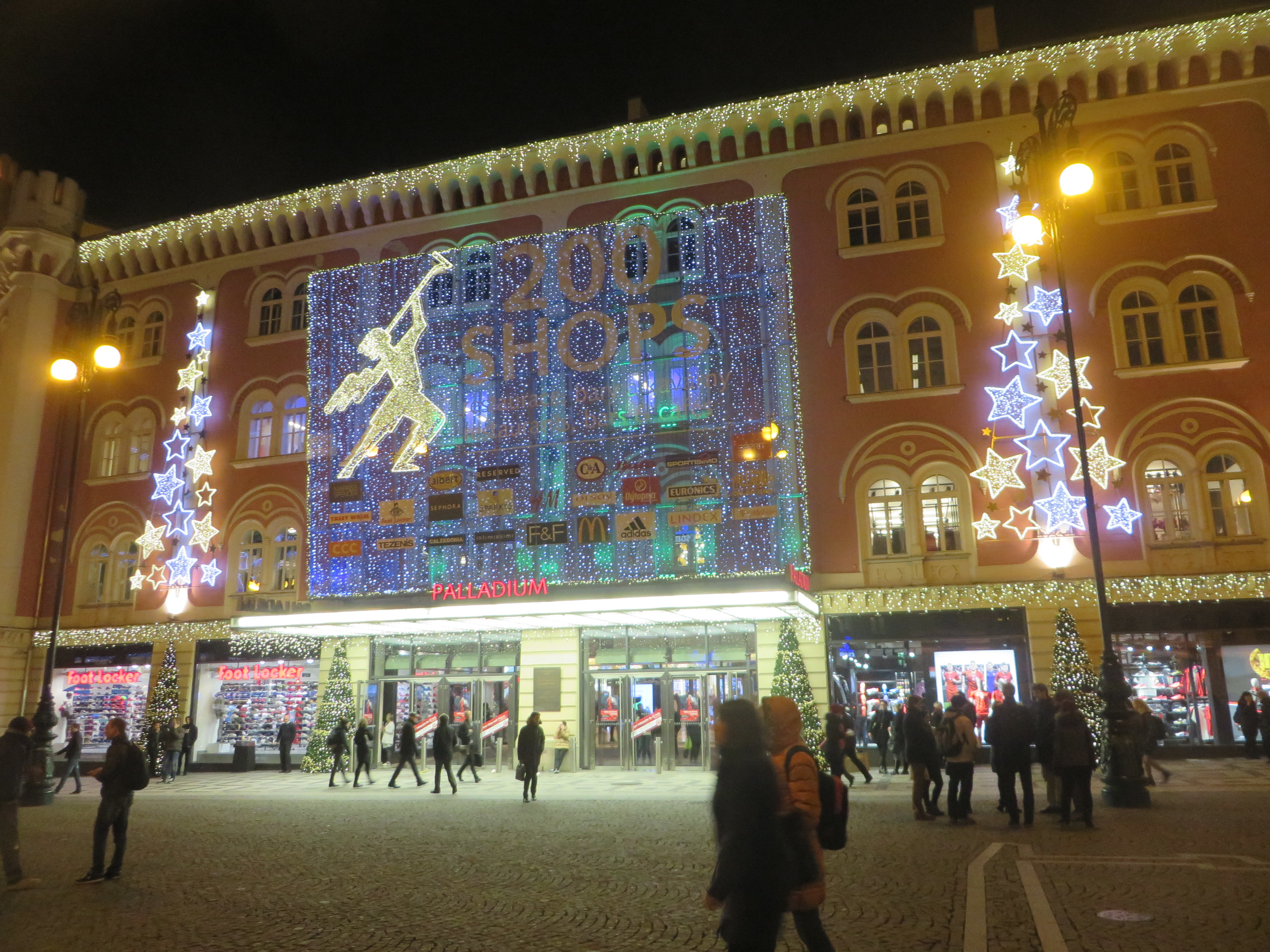 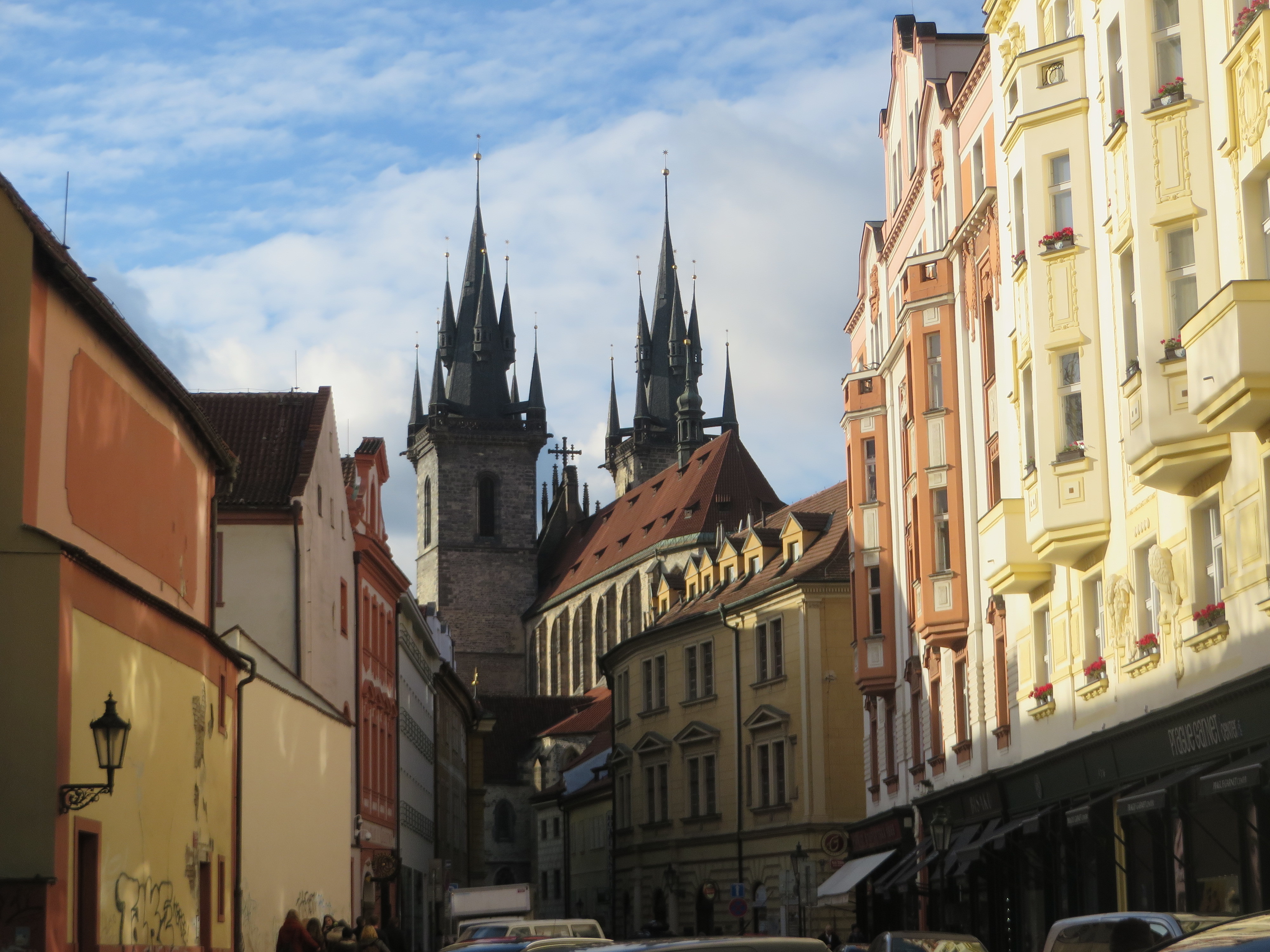 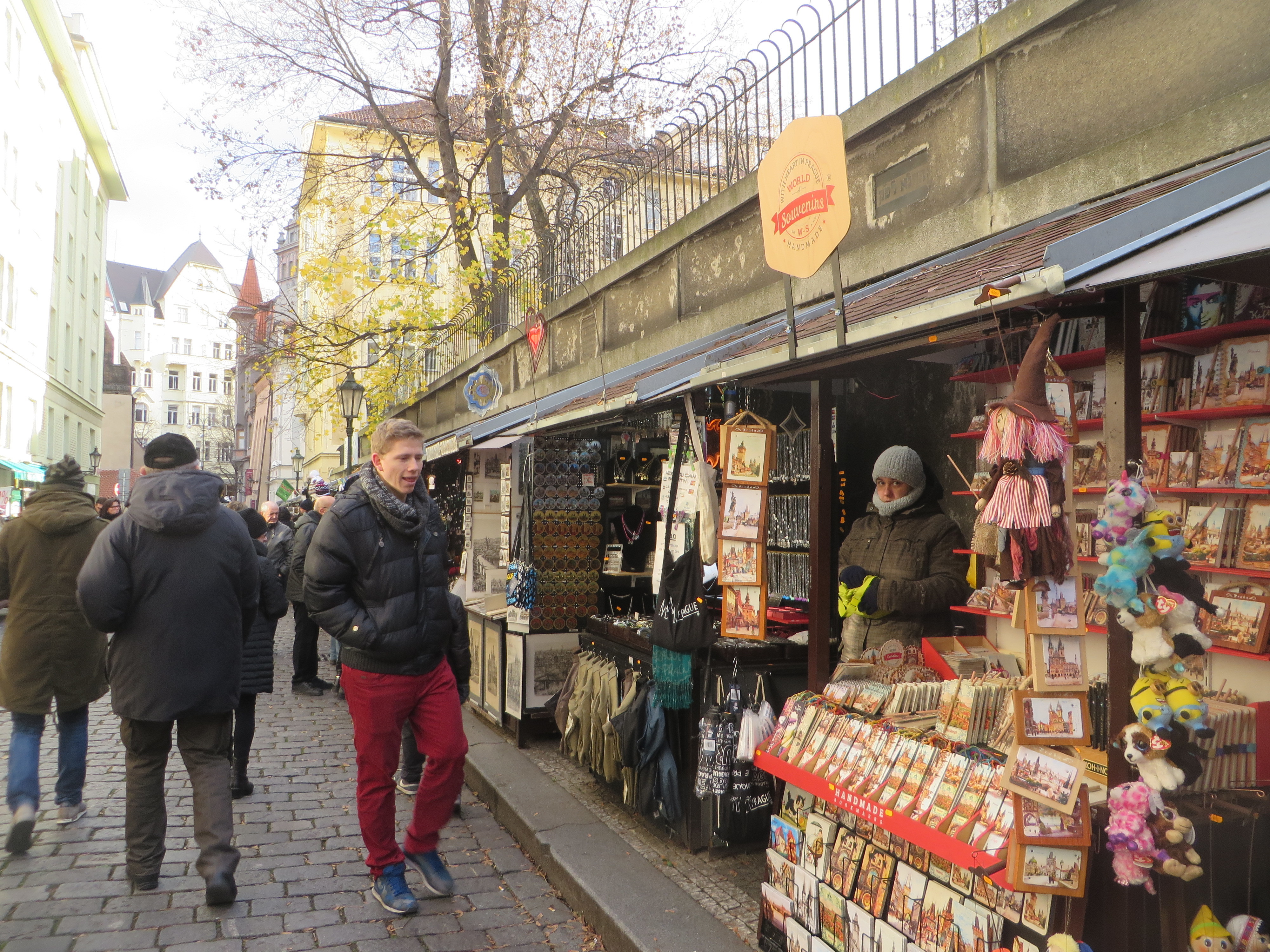 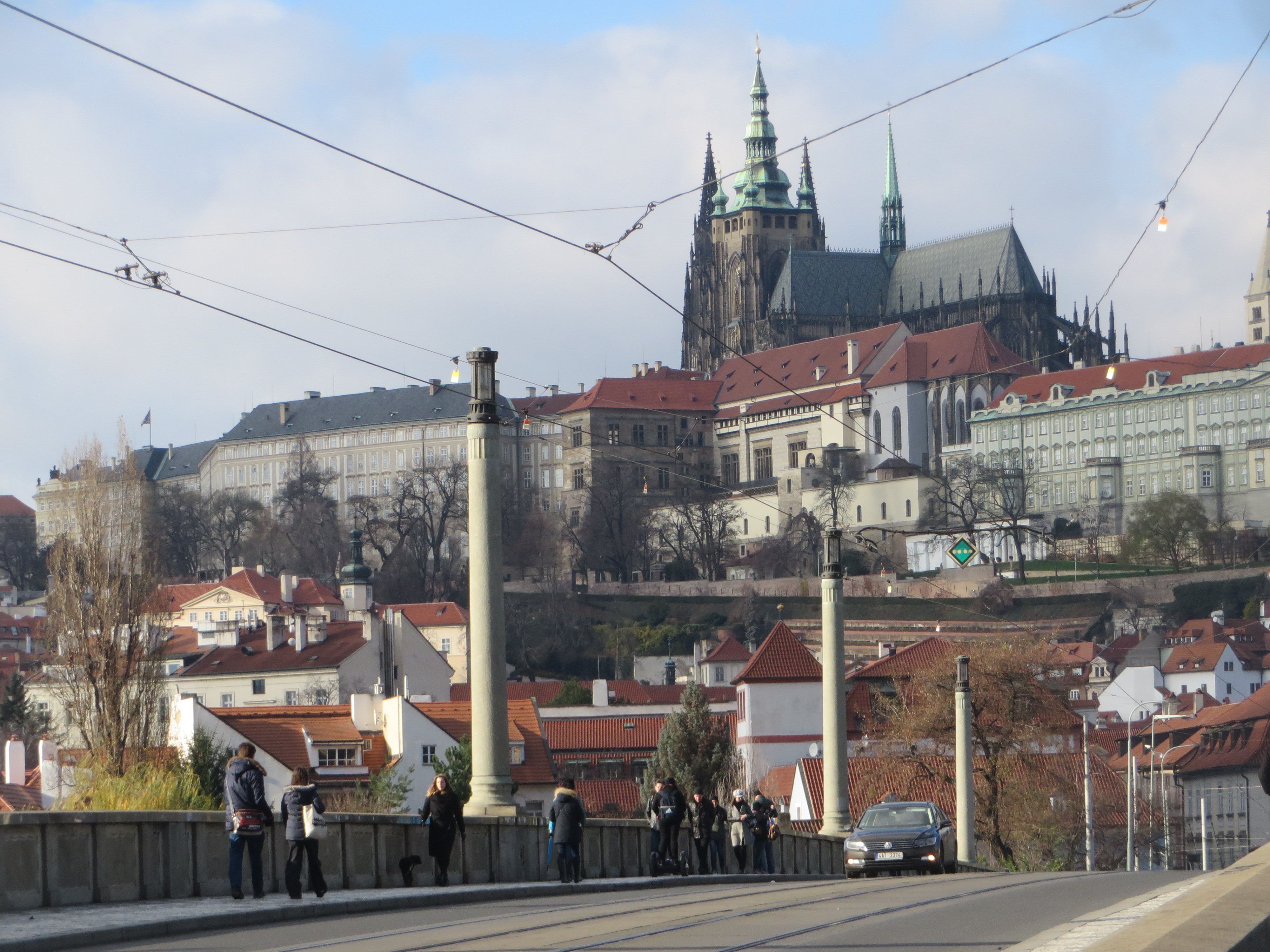 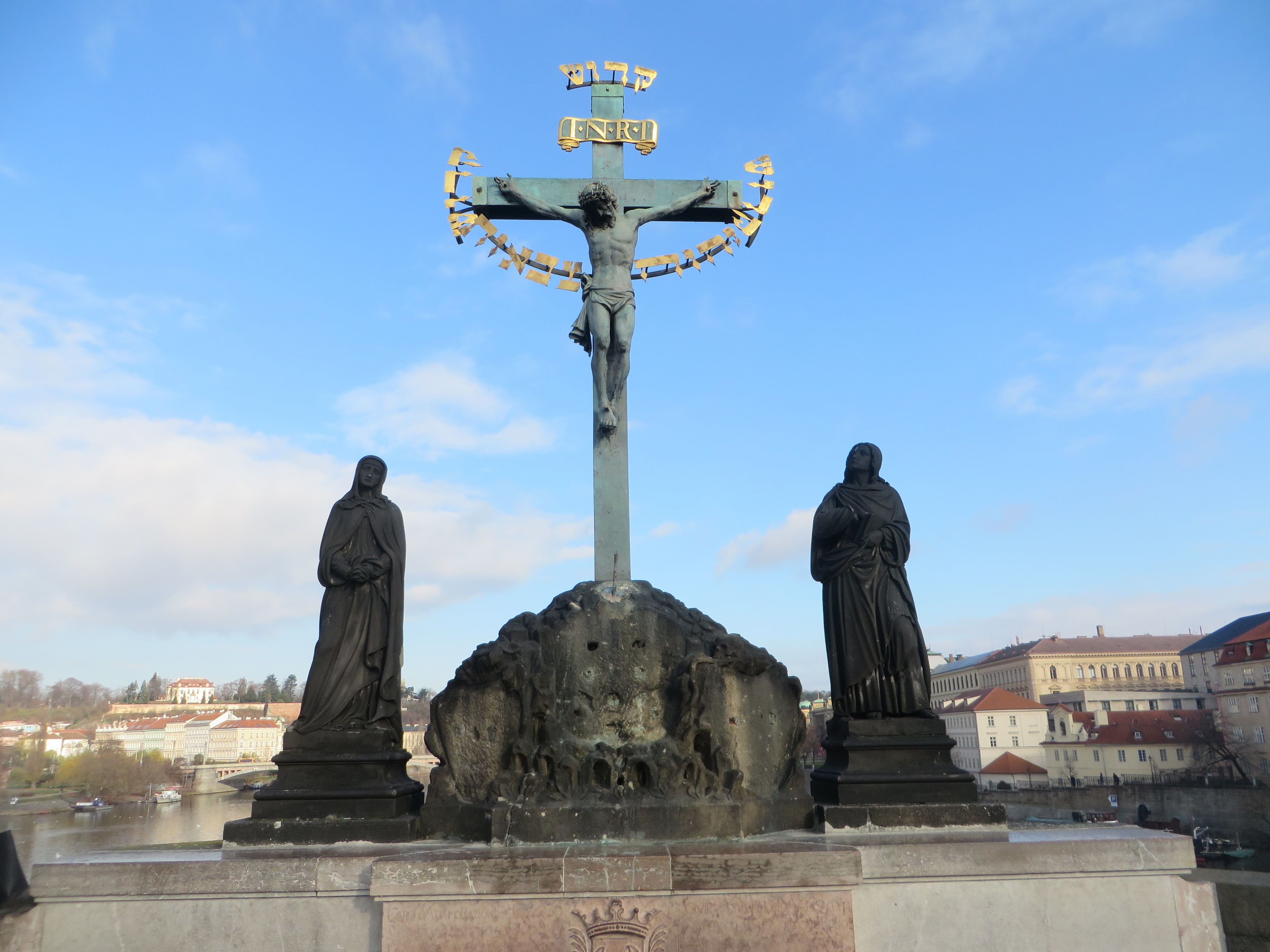 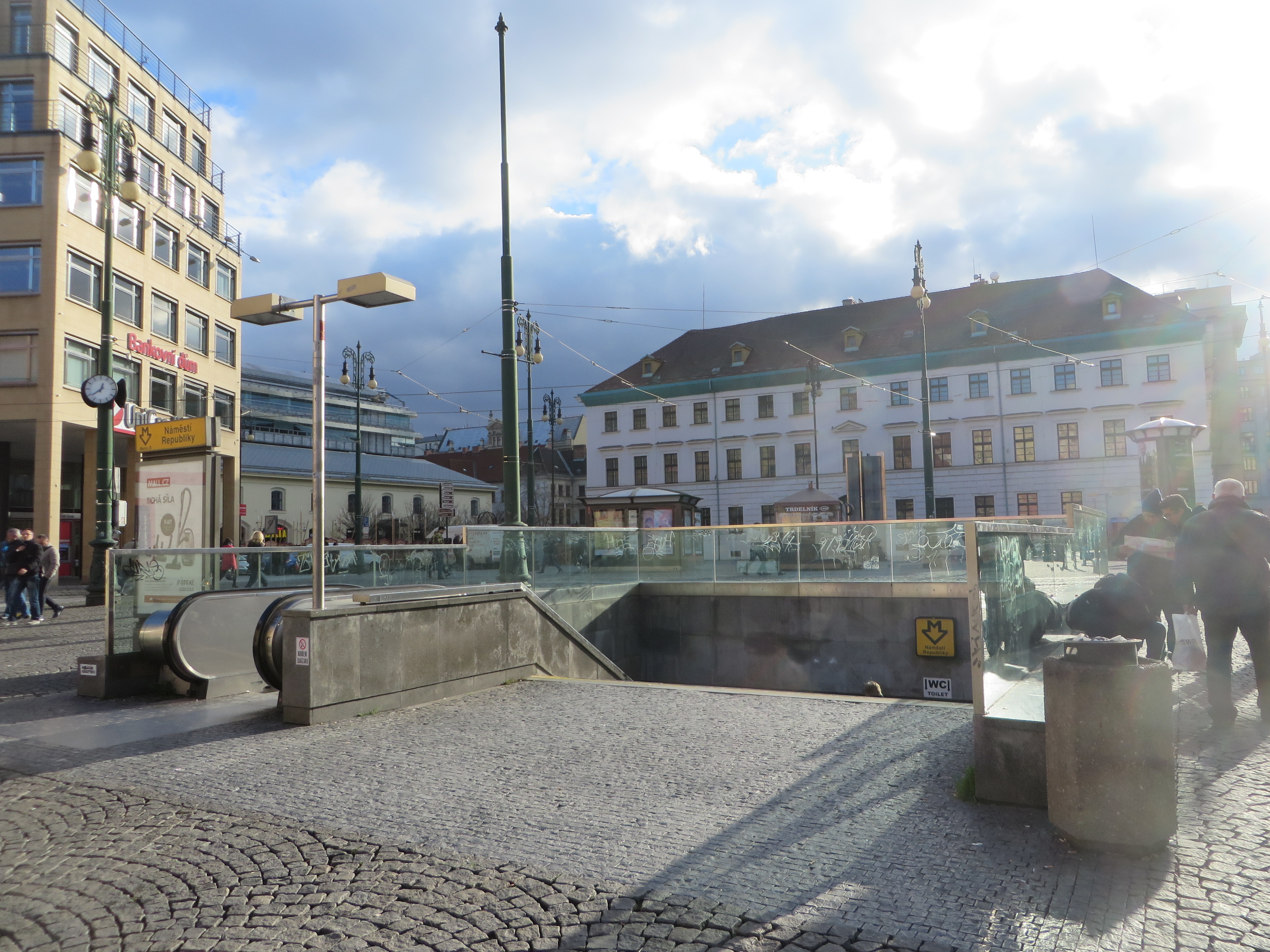 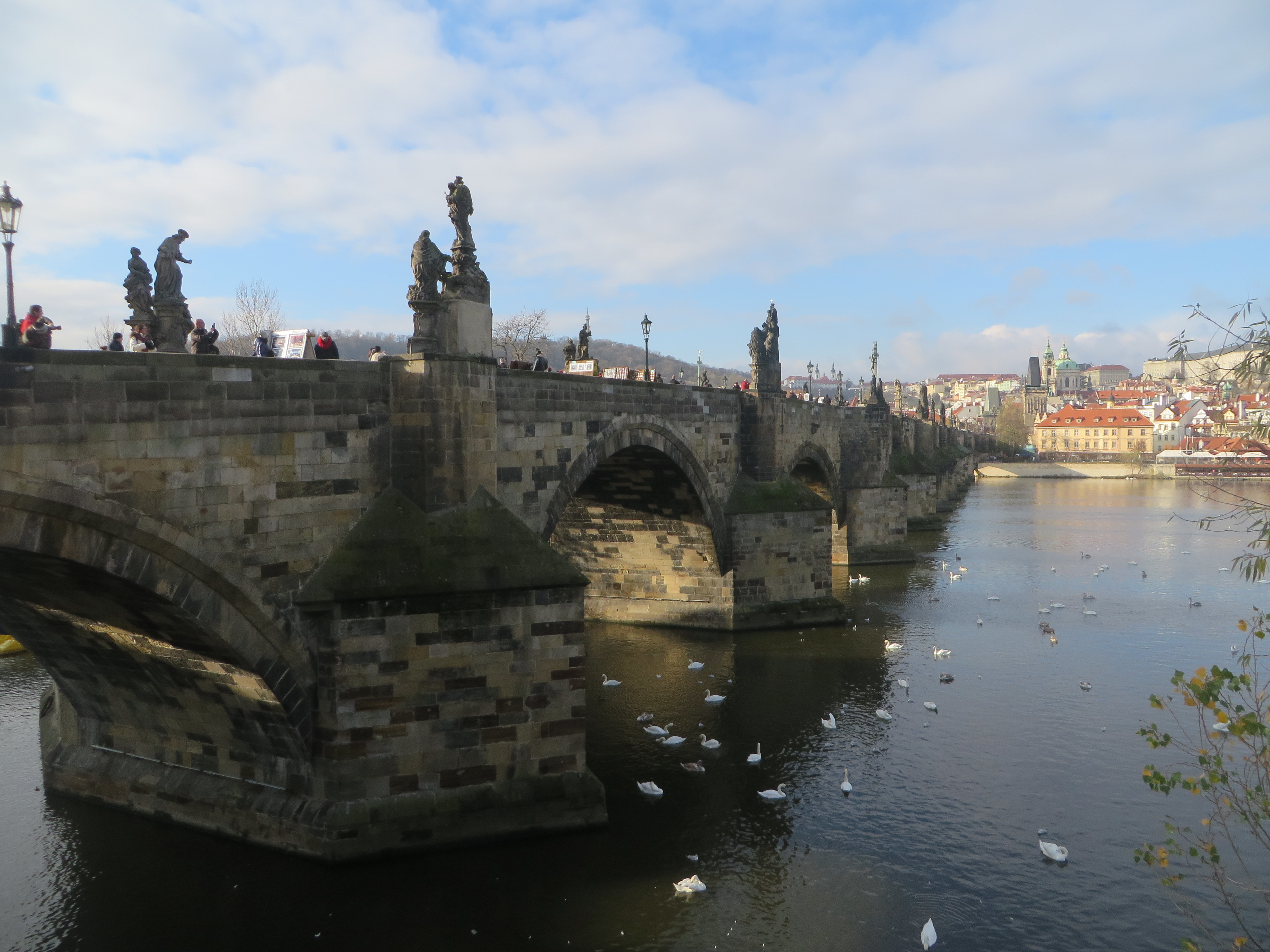 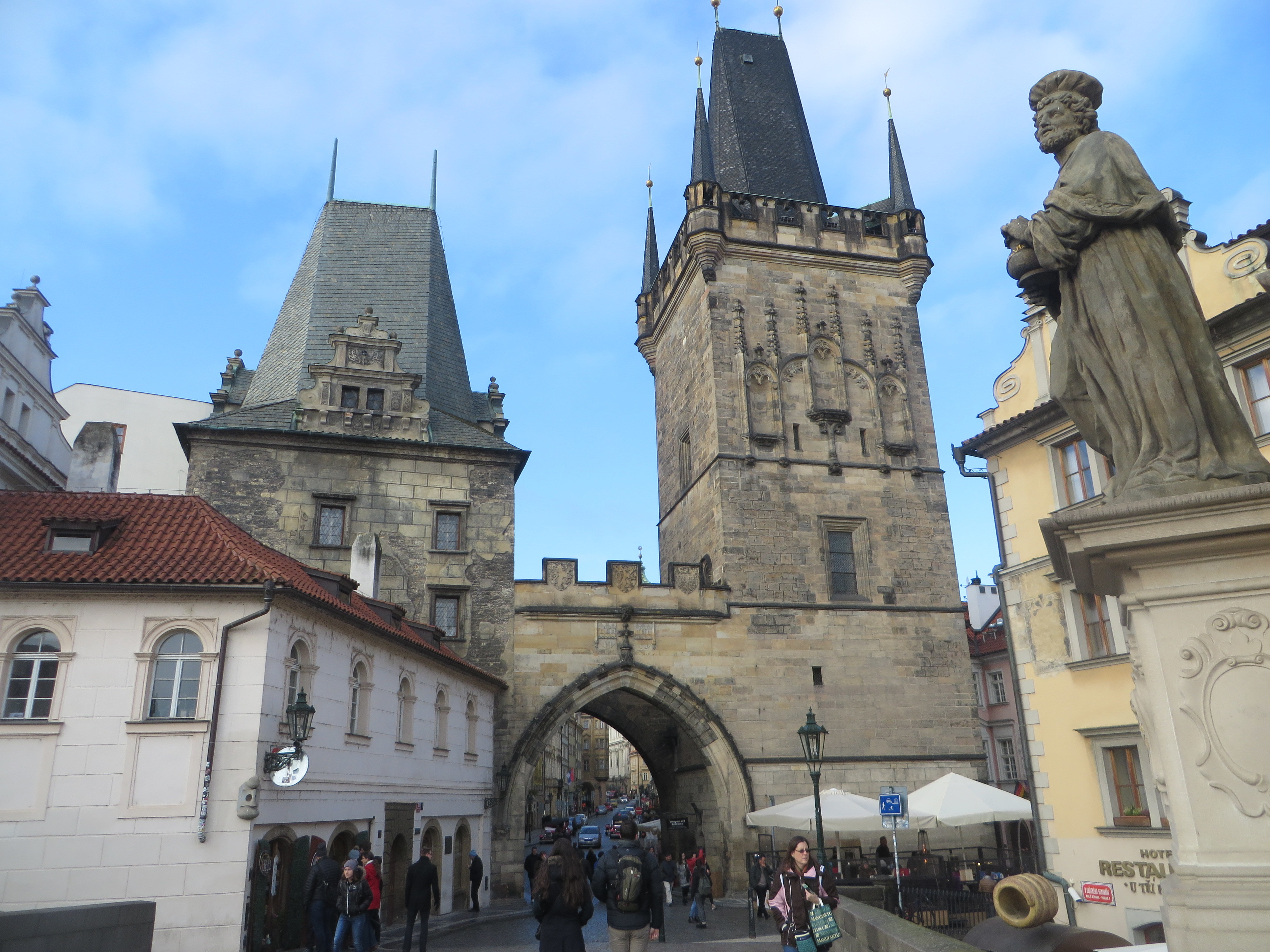 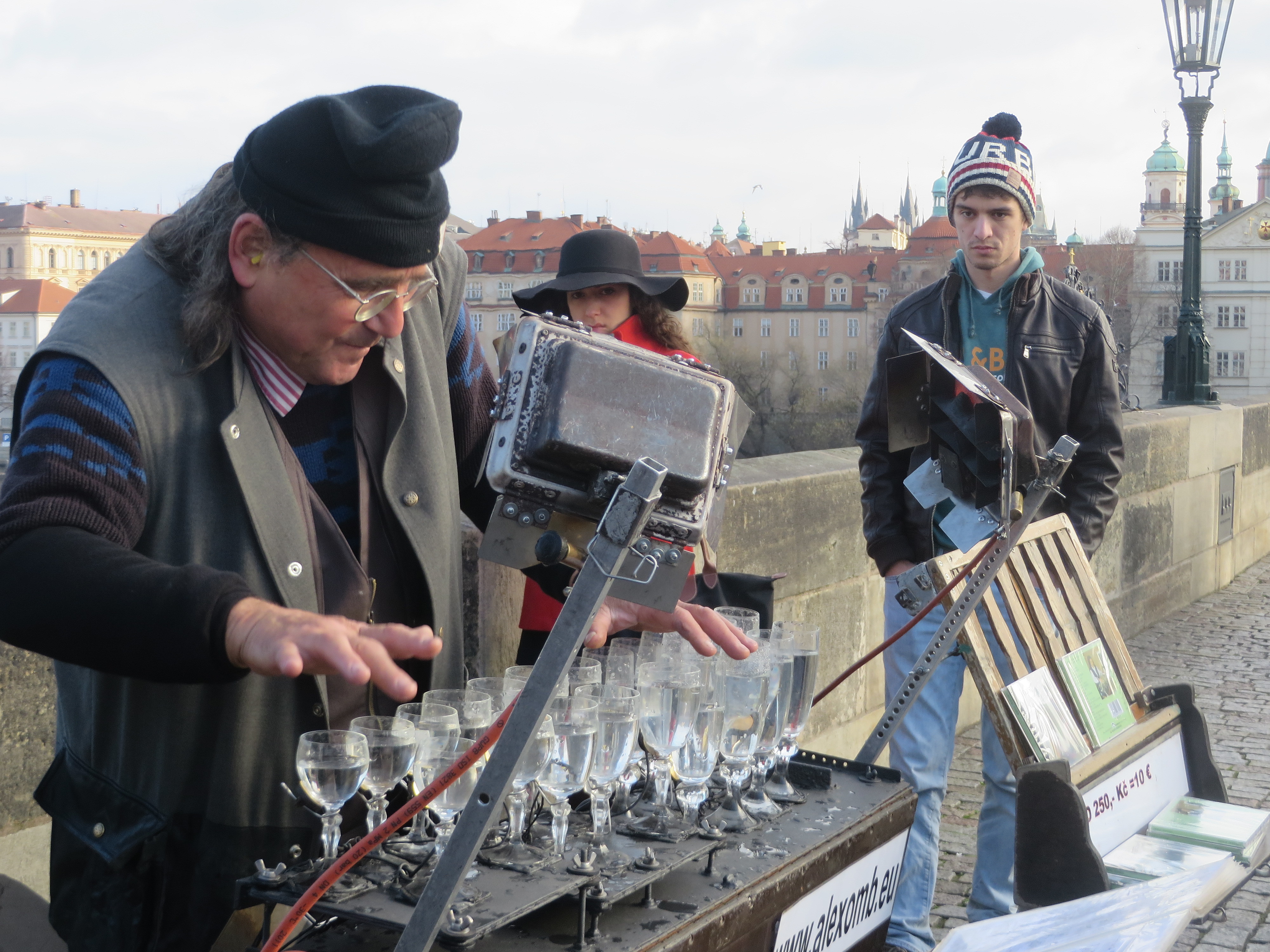