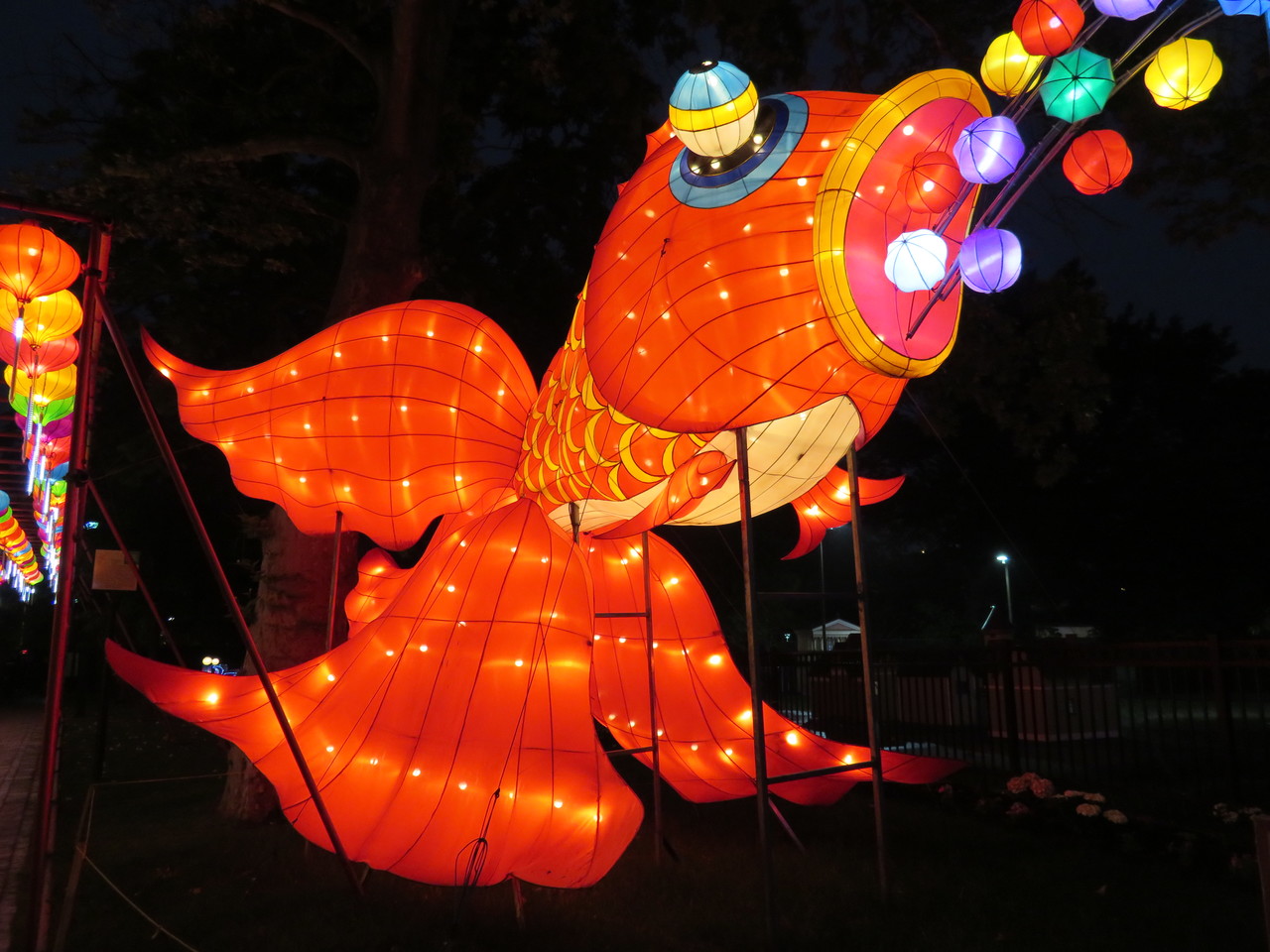 Prior to 1870, Chinese immigrants to the United States settled in San Francisco, Los Angeles, and Portland as these were the main points of entry from similar cities in China. What prompted their move eastward was a mix of adversity aimed at their communities and their aspiration to find opportunities to make it rich or at least become more successful.

During the following decades, the little Chinese community in Philadelphia grew from the 800 block of Race Street to encompass Spring Garden to Filbert Streets (North and South) and 13th to 8th Streets (West and East). What was initially a small swath of stores tucked out of sight of most Philadelphians became an area that grew from a handful of laundry based businesses to a thriving part of the “Brotherly Love” that Philadelphia’s reputation is based on. 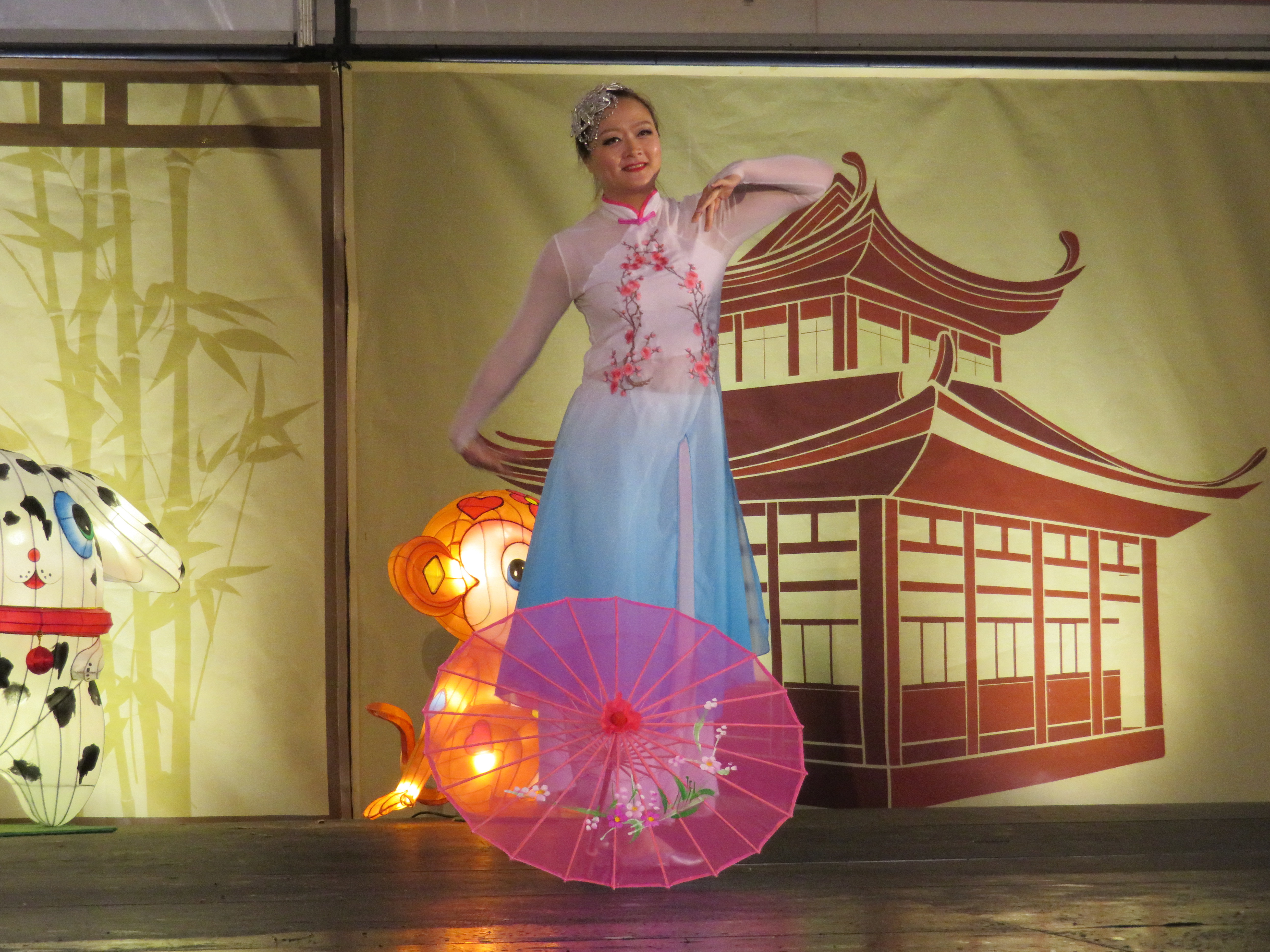 For a month or so, I have been re-discovering Philadelphia’s Chinatown the only one in Pennsylvania. When I was younger, this area consisted of run down restaurants and older Asians sitting outside passing the time. Now, as an adult, I can look at the same streets along which I ate roasted duck at Sang Lee or bought martial arts apparel at the Asian World of Martial Arts (long since moved) and see the differences between now and then. 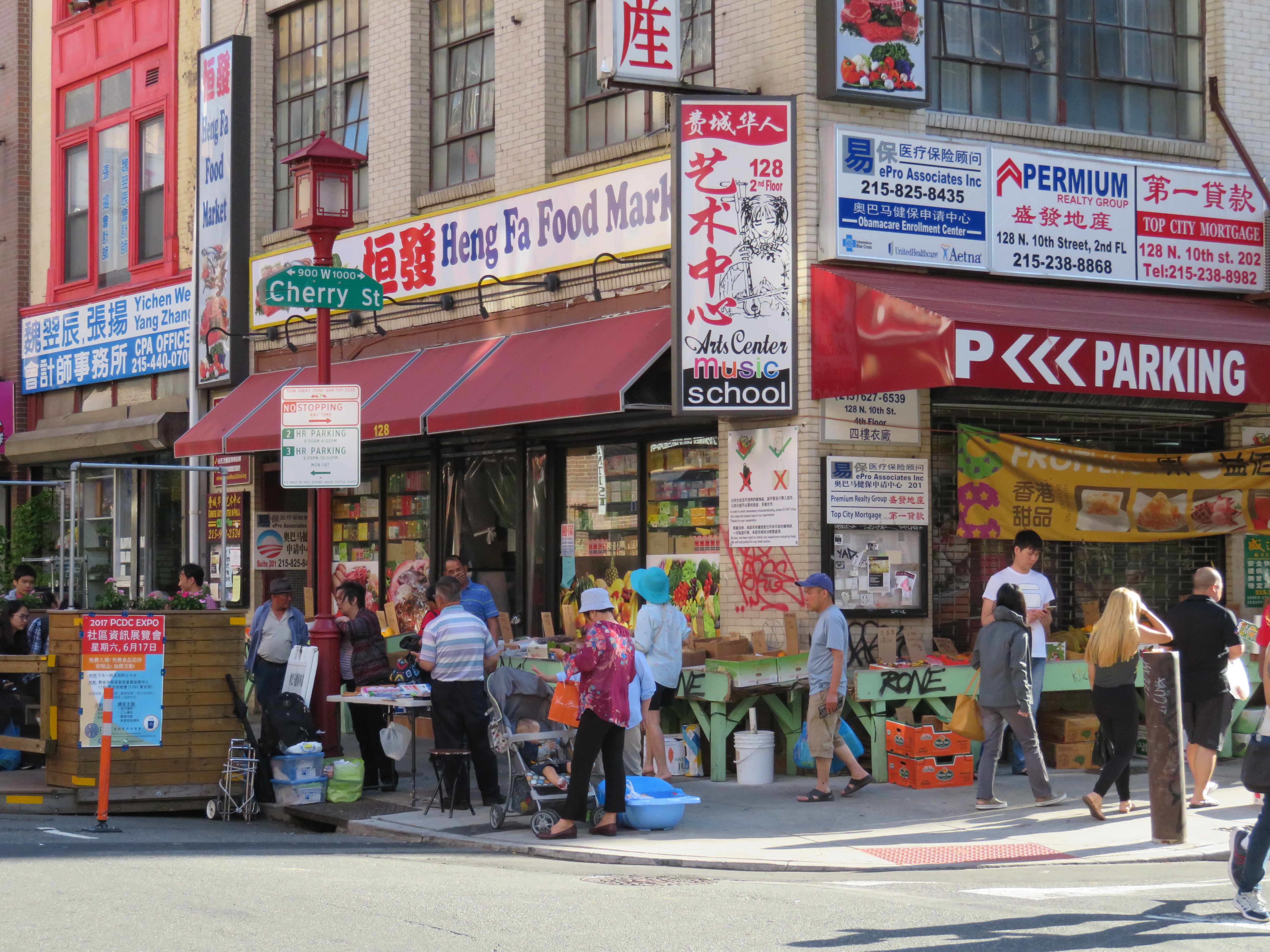 Quickly, I Iearned quickly that there are two Chinatowns. The first grew organically from 1870 out of necessity for the immigrants who spoke Mandarin and Cantonese and preferred to live among their own. They came to a city that wanted all immigrants to live together and not spread throughout Philadelphia. The tightly knit community shunned outsiders due to force of habit and viewed their neighborhood adjacent to Center City as a living history of their lives in Philadelphia and now being under the threat of gentrification. Yet against the community's wishes, the Center City plans to build a casino, sports stadium, or any new ideas that seem to be on the horizon every few years when there is a need to bring increased revenue into the local economy. 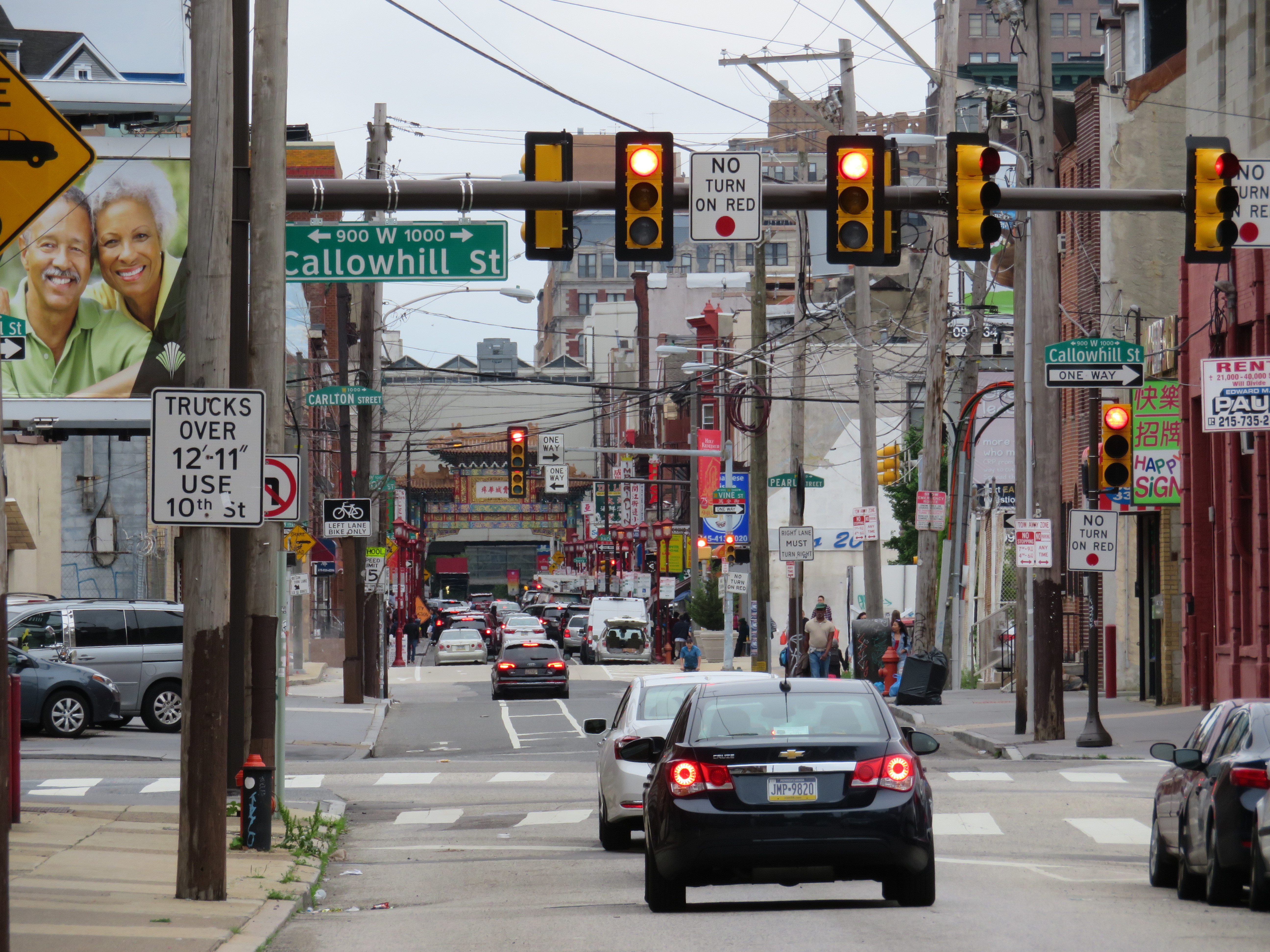 The other Chinatown is composed of later generation Asians from a mix of countries Korea, Myanmar (Burma), Japan, China, and a number of other South Asian countries. They are younger, more vibrant and enjoy hanging out in Chinatown where they can speak their native language with ease without feeling like an outsider, but they prefer to live integrated in other sections of the city or within their own satellite communities such as Elkins Park (Koreatown), Washington Avenue in South Philadelphia (Vietnamese), or 5th and Oregon (Cambodian). As I was told over lunch, “We’ll hang out in Chinatown, but we don’t want to live there.” 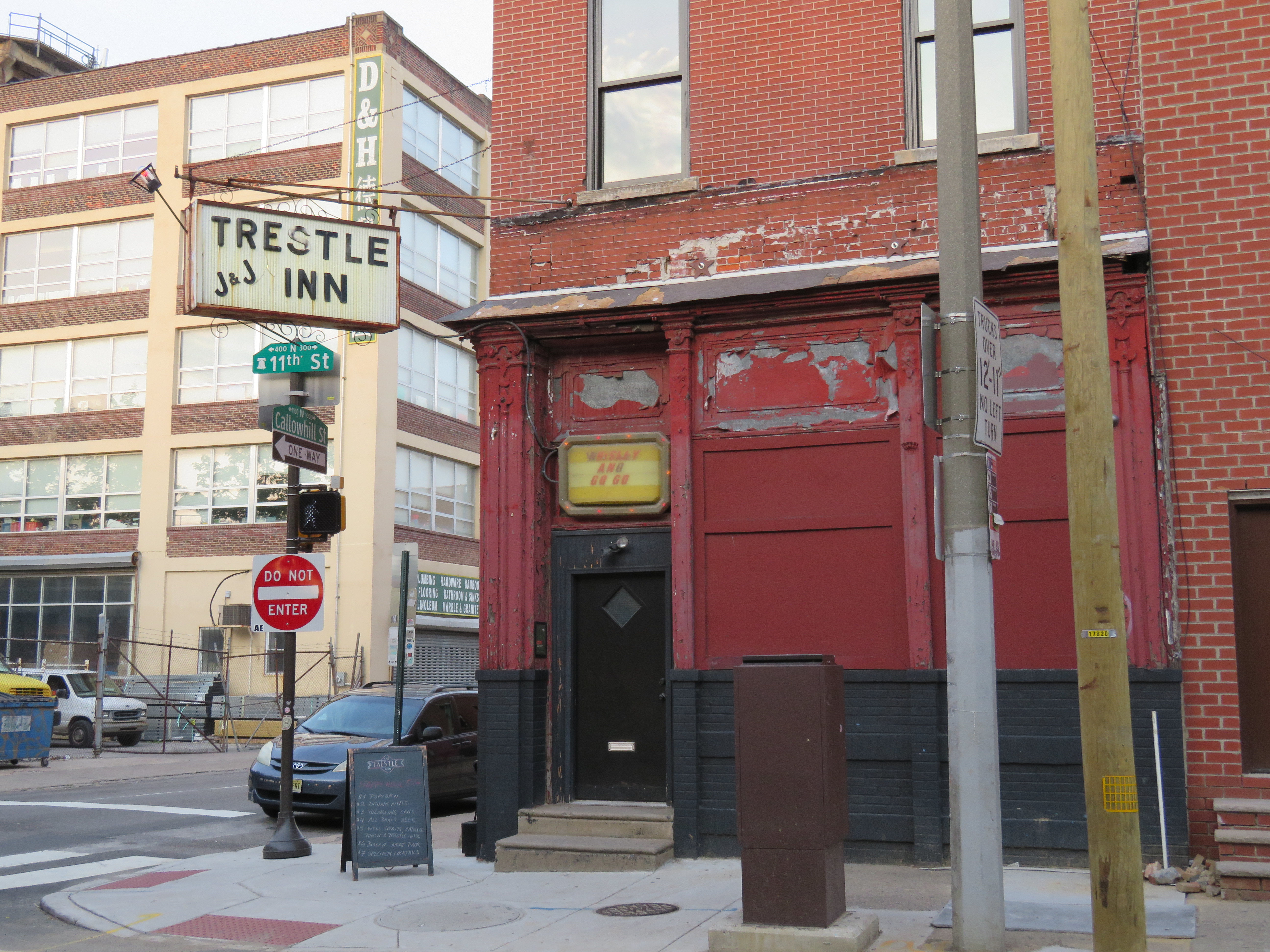 I also learned another thing during my adventure in Chinatown. Go to any neighborhood and respect its inhabitants, not as a part of the city, but as an entity that makes the sum of what Philadelphia is richer and more diverse. That is why, out of respect, there will be fewer pictures of individuals putting them on display. As for the community, I want to tell you that between the restaurants and karaoke bars is a vibrant neighborhood that most people don’t bother visiting.

The Foo Shou Grocery was once at 806 – 808 Race Street and was the center of the Chinese community. The oldest homes and buildings in Chinatown look like pagodas and have intricate banisters and designs. All of these features were part of a marketing plan composed in the 1950s to bring more tourism dollars into the area, which banked on its “orientaliness.” 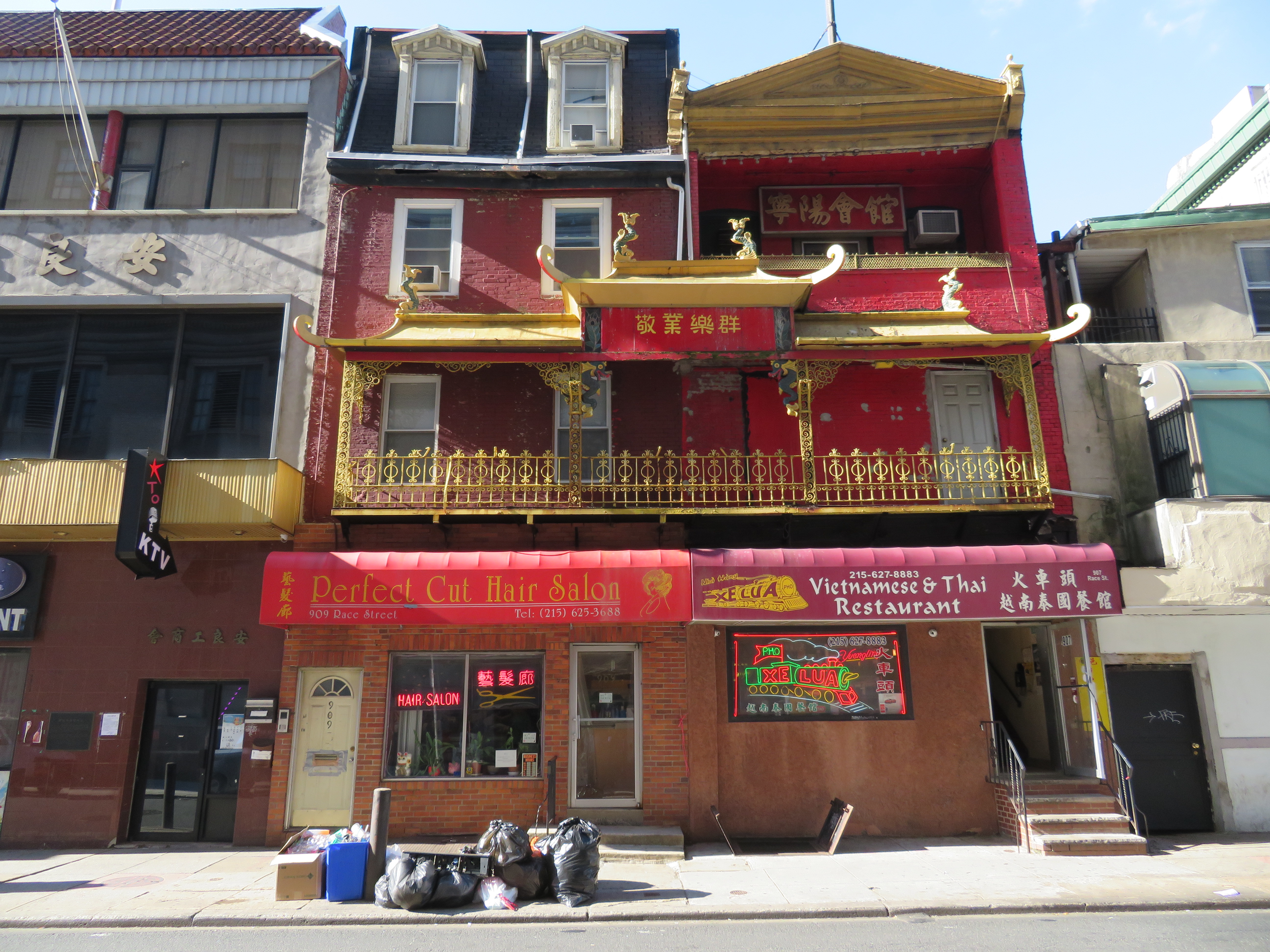 Both Kung Fu Tea and Tae Do have great bubble teas, in my opinion. The area between 8th and 11th on Vine Street is what remains of Skid Row, which is where the majority of homeless people have congregated since the early 20th century.

The Chinatown Gallery is the latest hotspot with a mix of restaurants featuring Cambodian (Khmer Grill), Korean/Mexican foods (Coreanos), and Halal Guys which serves Mediterranean and Middle Eastern foods. Franklin Square is one of the five squares that William Penn planned for public use throughout Philadelphia. The others are Logan, Rittenhouse,Washington and where City Hall currently sits. Older Asians hang out in the tea house to meet up, gossip, and catch up on local goings on. Outsiders should not enter! 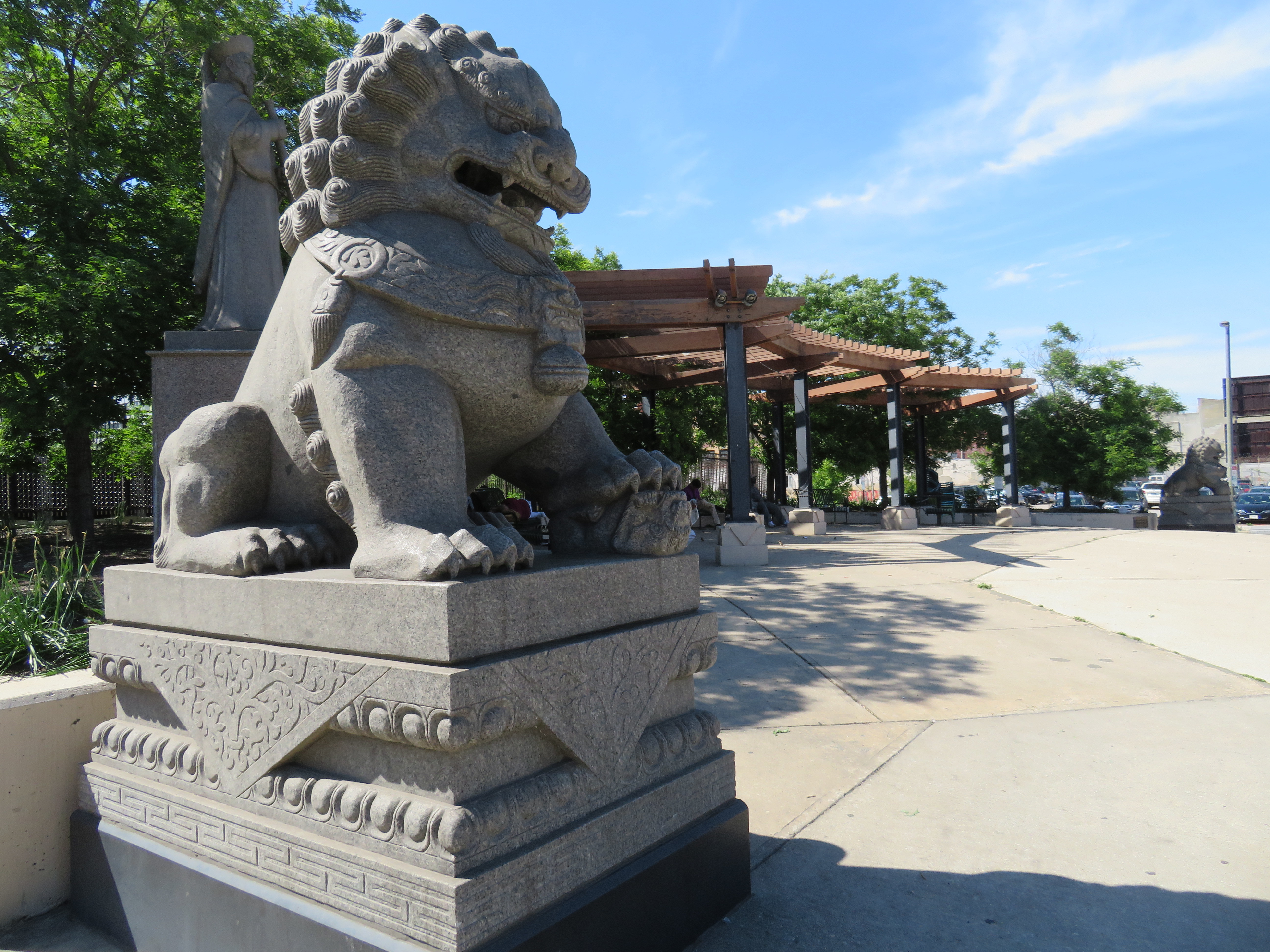 Now that you are caught up, let’s move on. From dim sum to curried chicken, every day I ventured into Chinatown to try something new and to talk to anyone and – everyone about their experiences living or working in the area. To say my interacting with older locals became a feat would be an underestimation. Most times, I was considered a pest or someone who was simply lost and should be directed elsewhere. Never did I allow this to deter me; instead, I often watch as cigarette breaks outside of a retirement home became an opportunity to watch people together. I shifted my focus on being seen but not heard instead of being so inquisitiveness. My favorite moment came while walking past the Adult Daycare, as people boarded the bus to be taken home and, they waved, said hello, and wished me a good day. 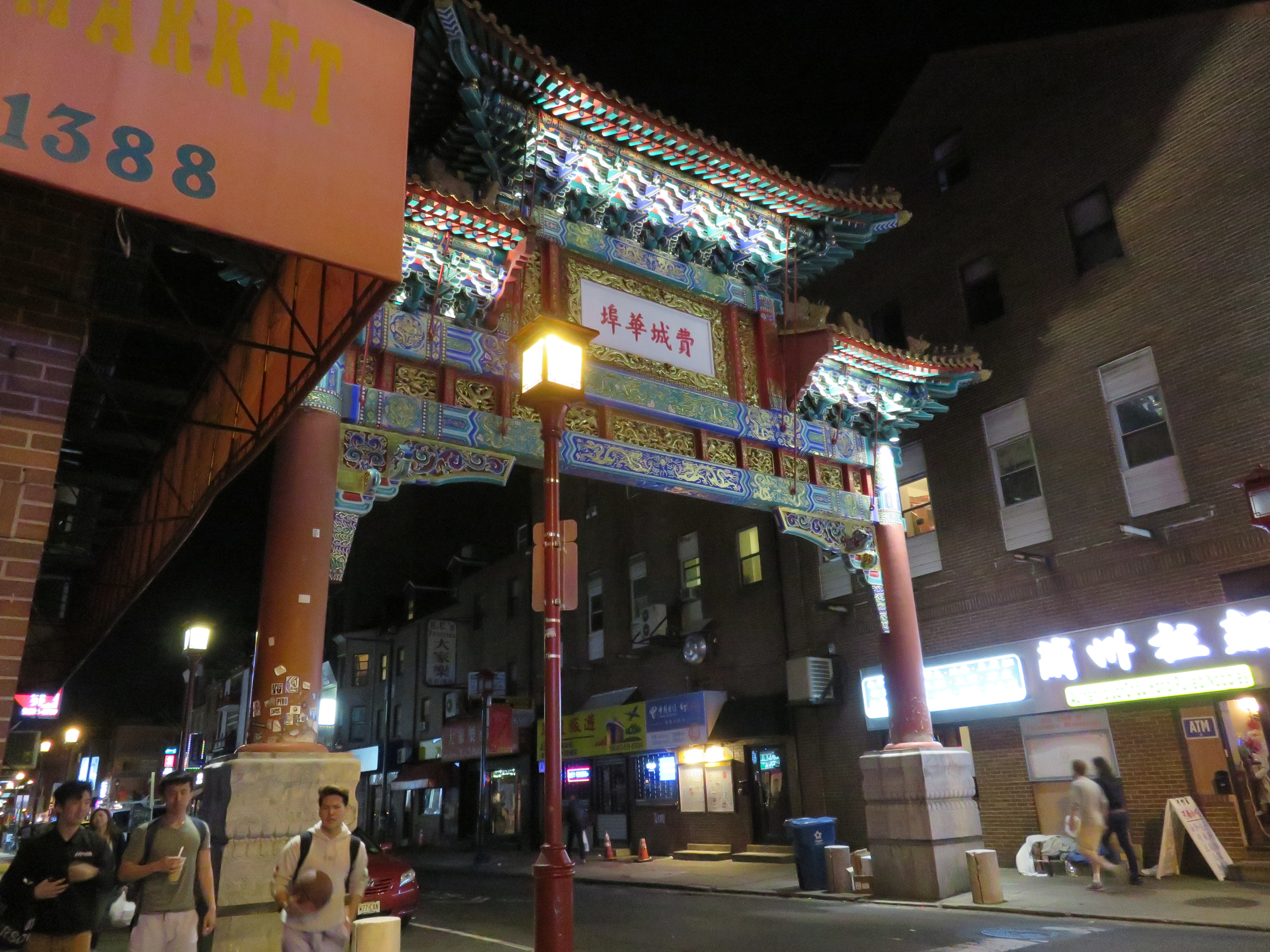 As the evening came, the young and tourists filled the streets. Some took pictures of the Friendship Gate (Chinatown Entry Gate), or the characters written on signs on the buildings. Restaurants intermixed a variety of races and ethic groups all dining on the mundane chicken to the bolder – cow tongue.

As the evening waned, small shops selling traditional Asian clothing and medicines slowly called it a night. Street vendors selling their own discounted clothing, plants, or items only found abroad packed their things into their cars and drove out of Chinatown to their homes elsewhere. Cigarette butts fell to the ground after long conversations, and tourists took away bags full of Asian pastries in large quantities at high prices. 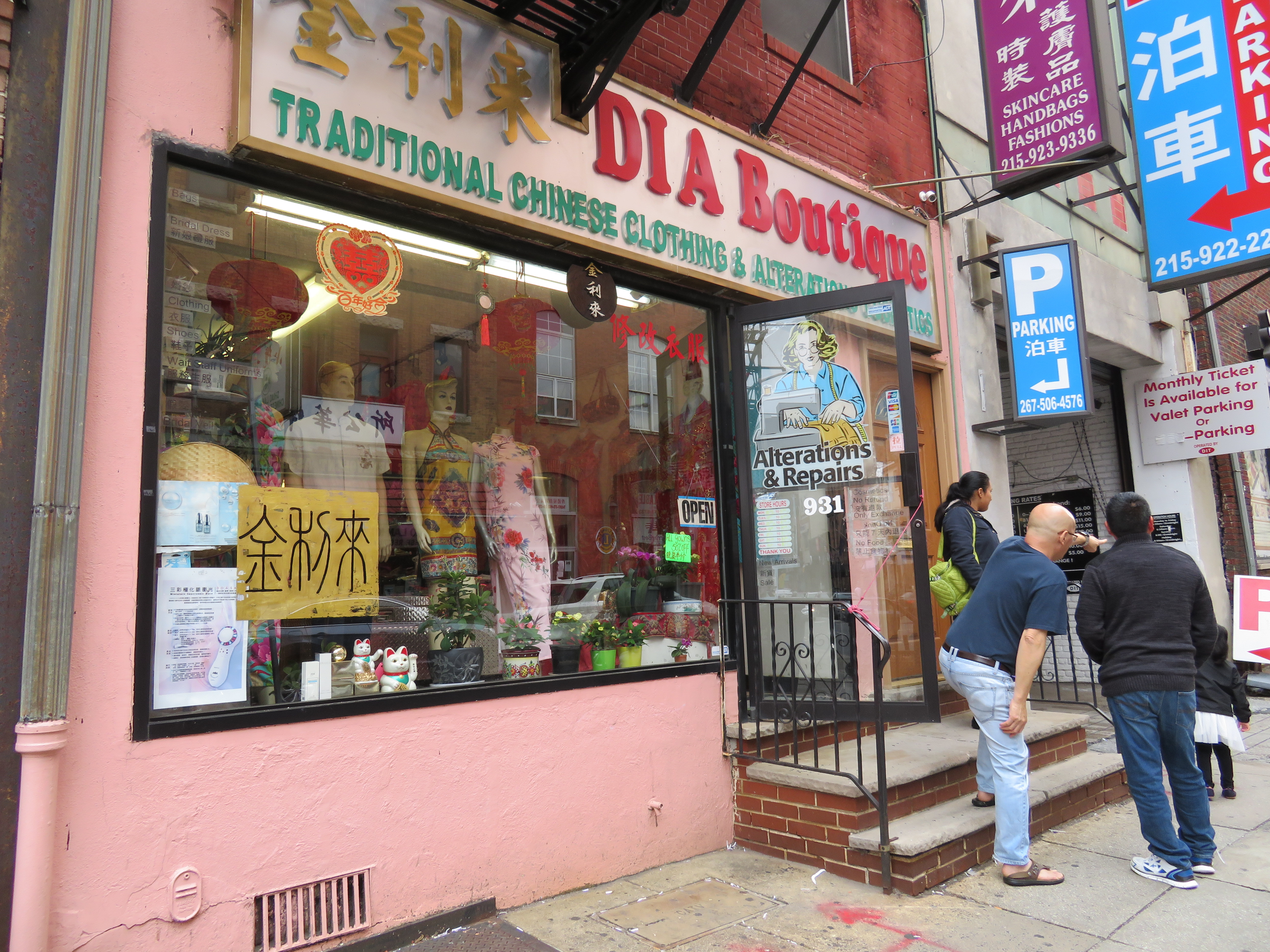 The neon glow of the signs lit up the area with a buzzing glow as the bars and restaurants filled to capacity and lines formed outside waiting for their turn to eat delicacies while having a shot or two. The homeless appeared and disappeared like they were never really present. The night rolled on until last call. A half drunken bottle of Tsing Tao and left over tempura shrimp were left as reminders of the people who just left. A man half-dressed stood under a sign for a $300 fine for littering as his support group watched and everything became silent again. 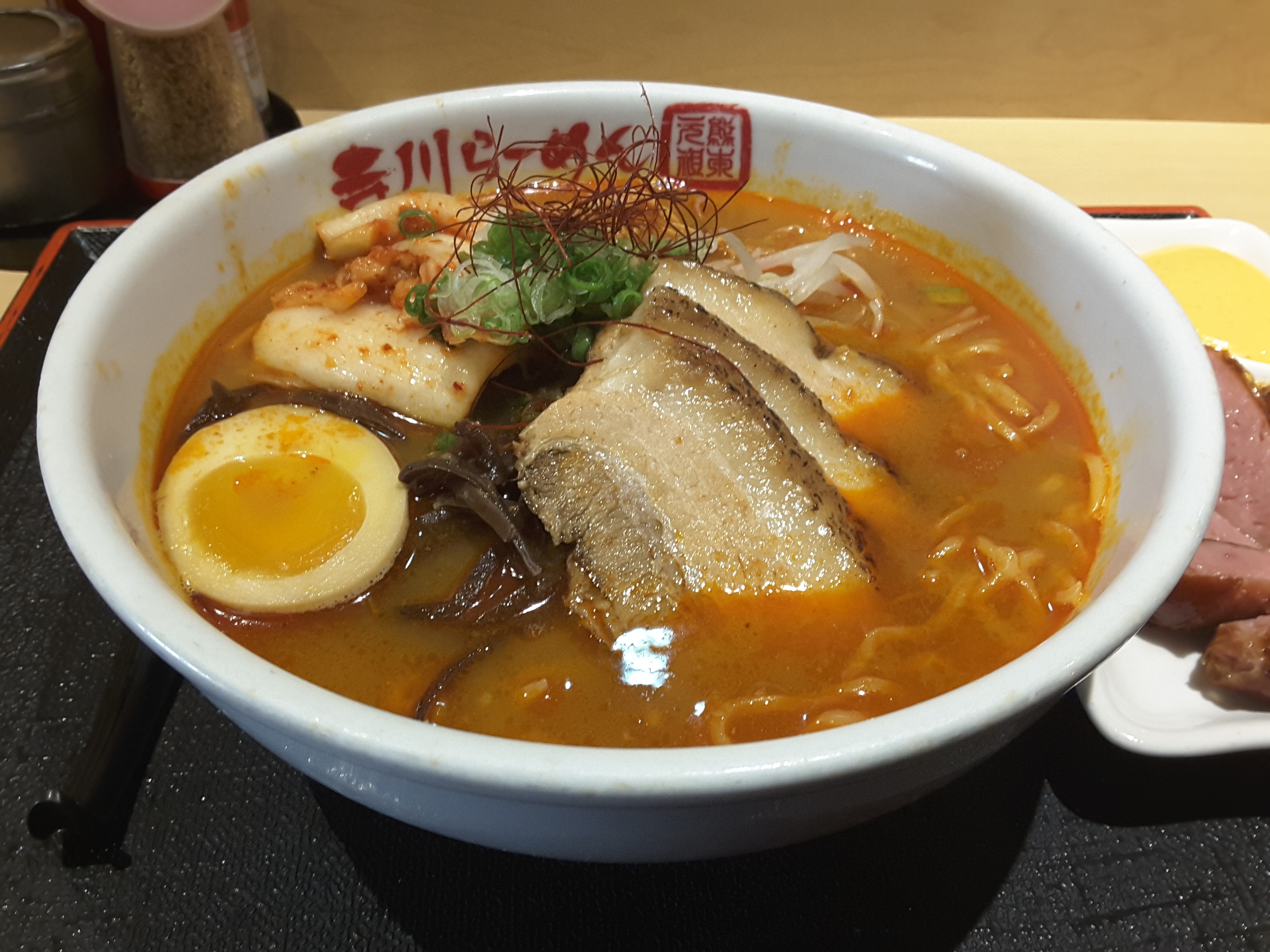 My final nights exploring Chinatown were spent among my new found friends and we shared drinks including sake bombs. As my last evening concluded, I stood in a light drizzle watching contortionists, plate spinners, and Tibetan dances in Franklin Square as part of the yearly Lantern Festival. As I learned more about the festival’s history, I realized that to stop learning about Chinatown would be a disservice to me. Being there not only gave me a different perspective on Philadelphia’s history but also it’s future. At the end of the night, I was left wondering if the younger generation was not invested in Chinatown’s future, then who will safeguard this small community from future attempts to erase Chinatown from Philadelphia’s landscape? 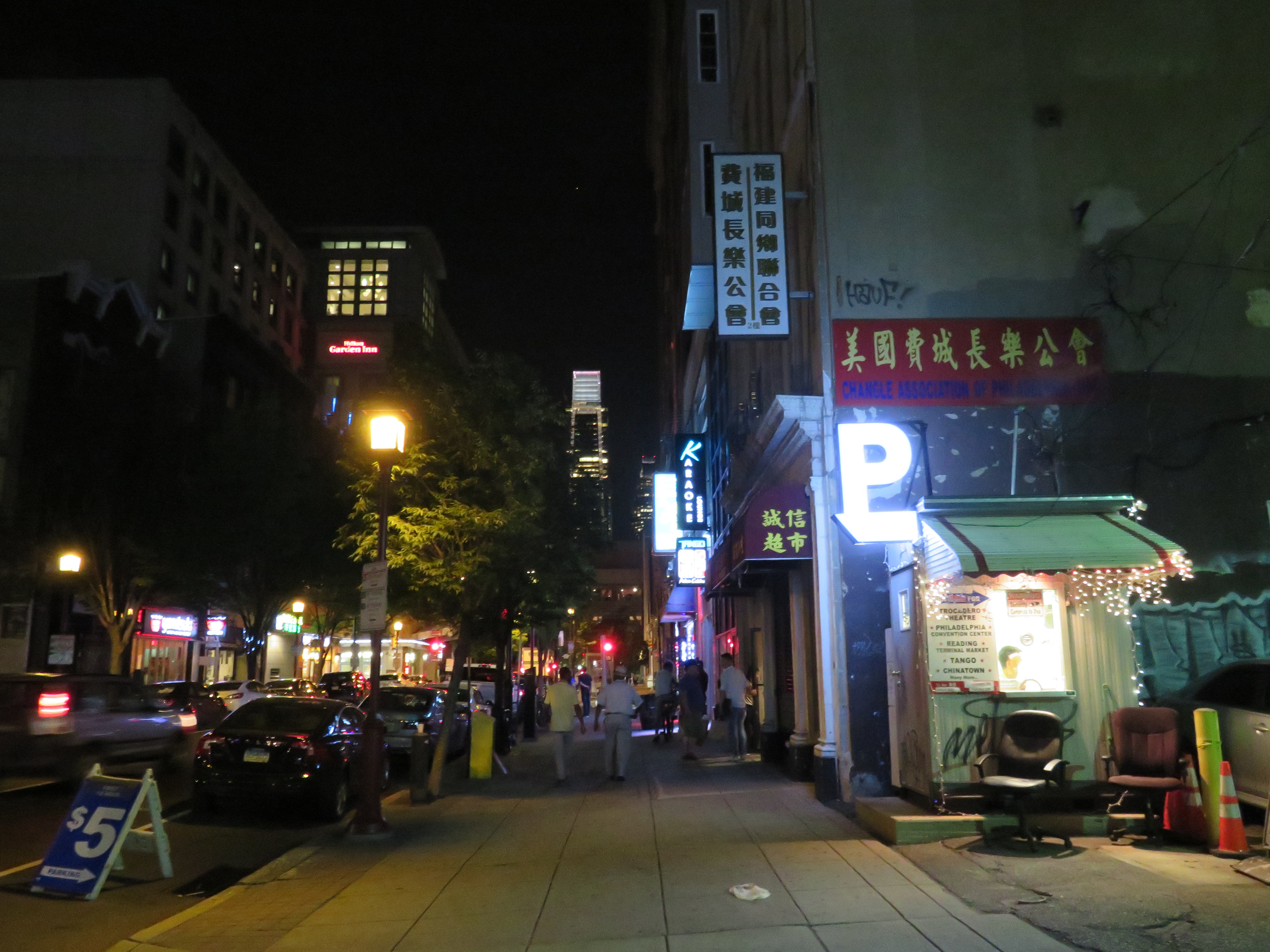 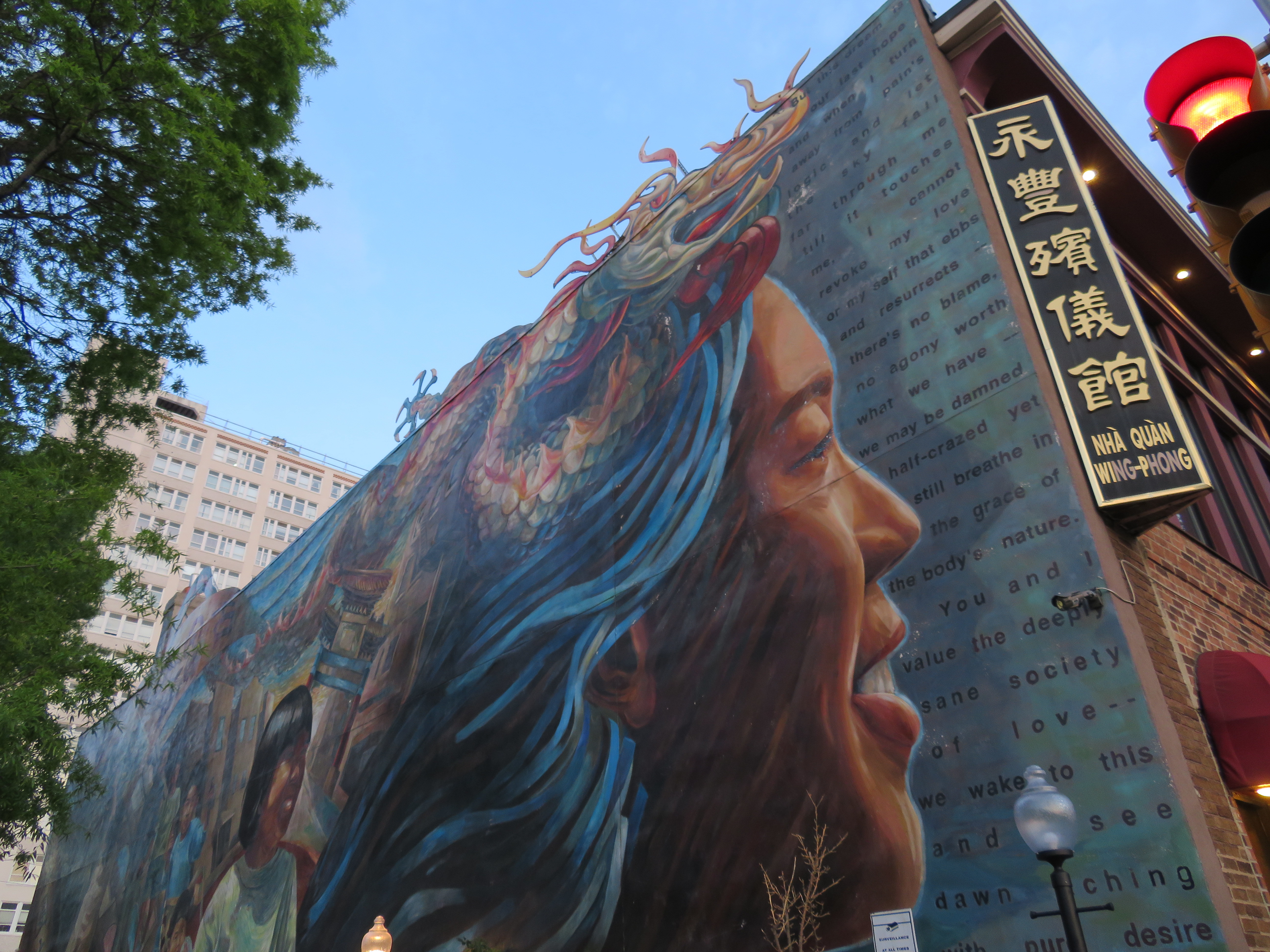 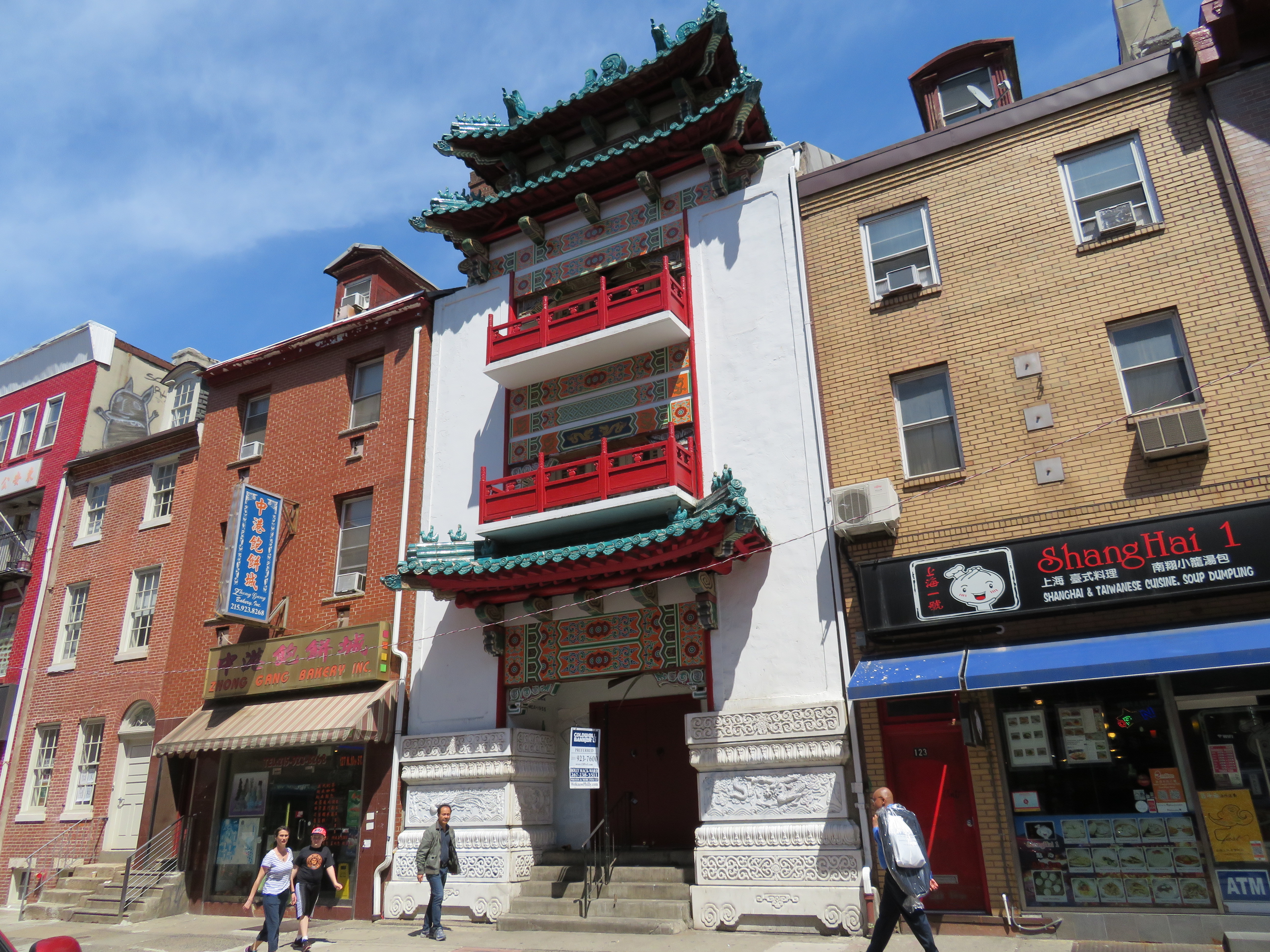 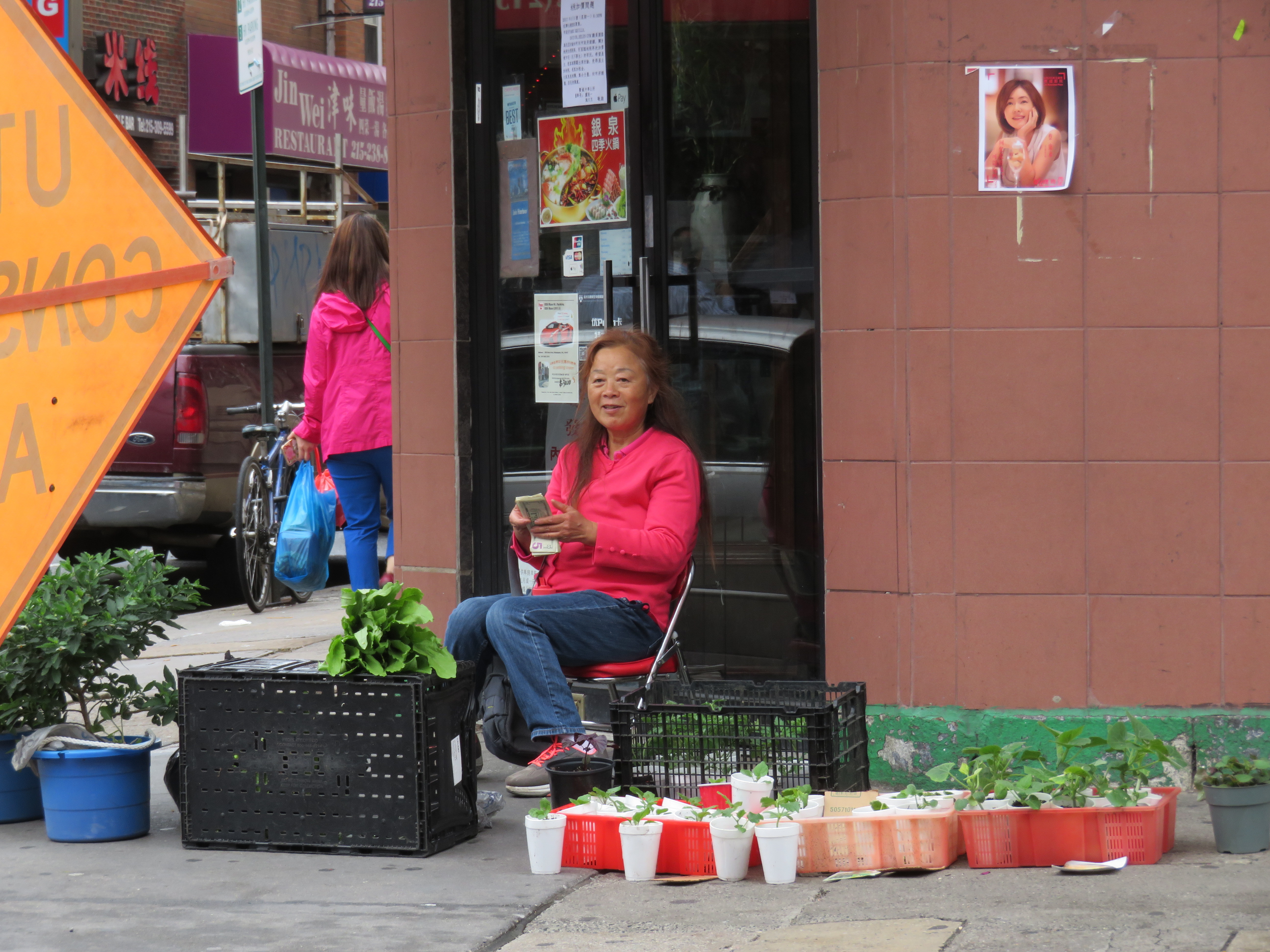 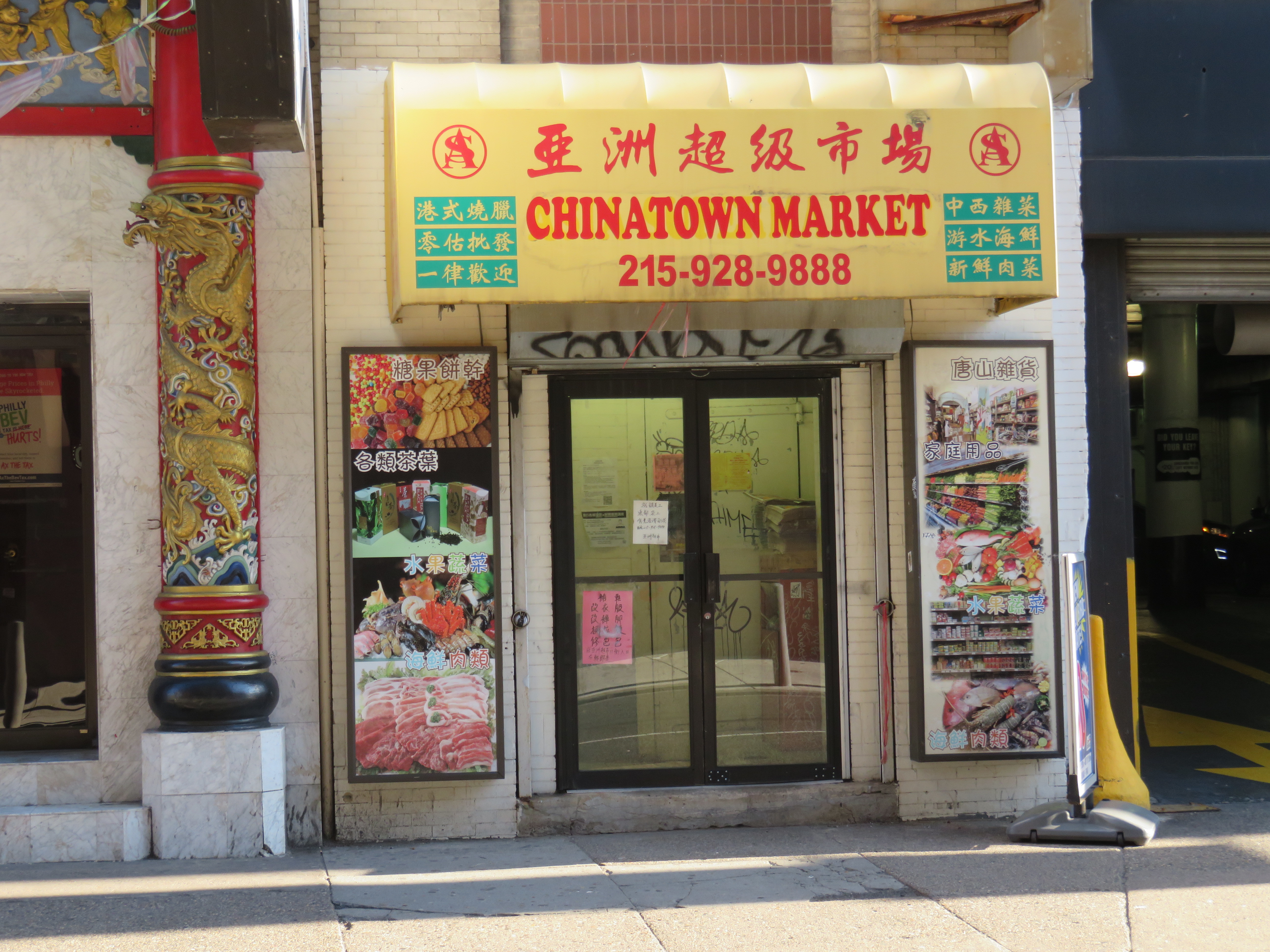 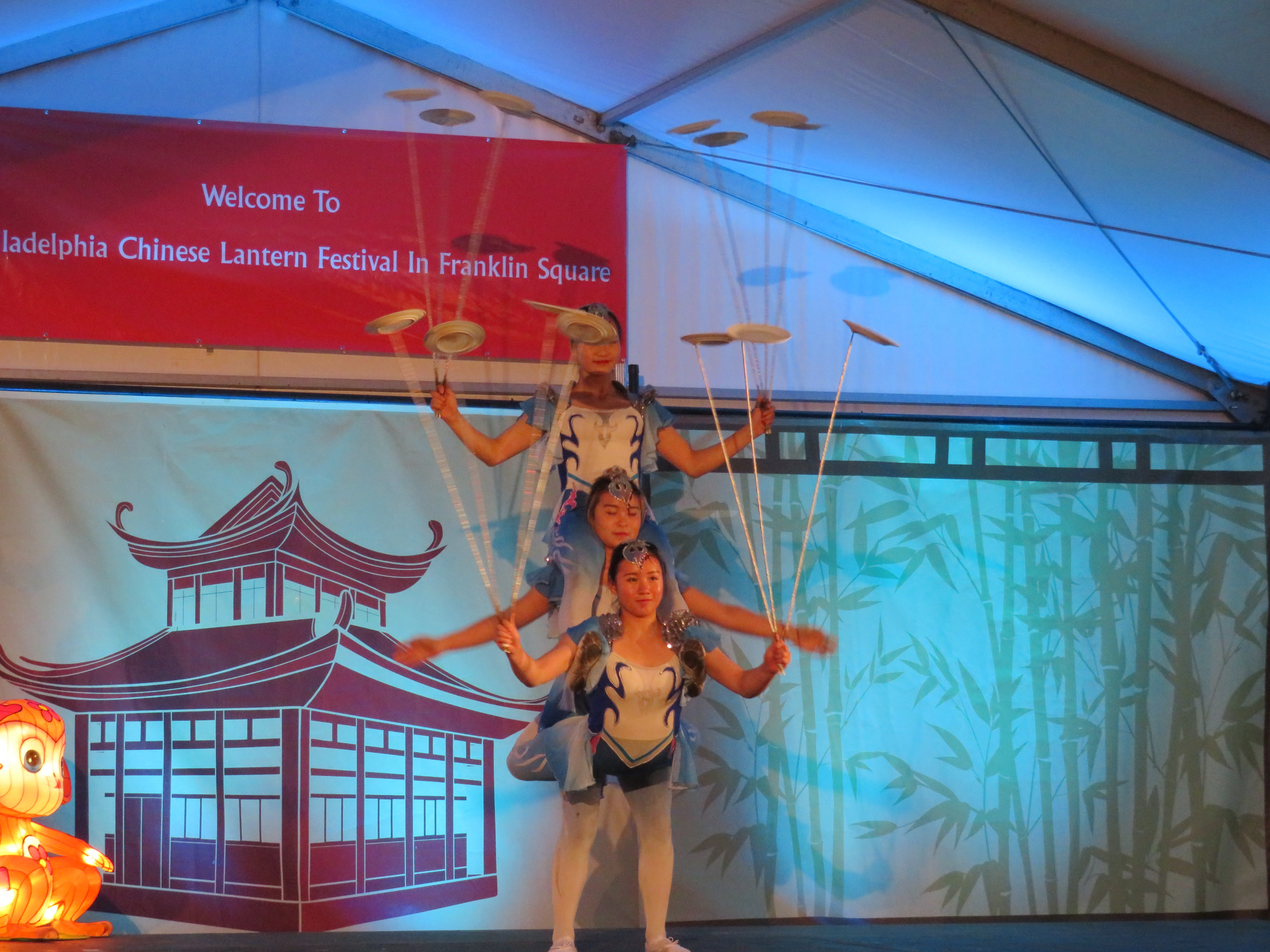 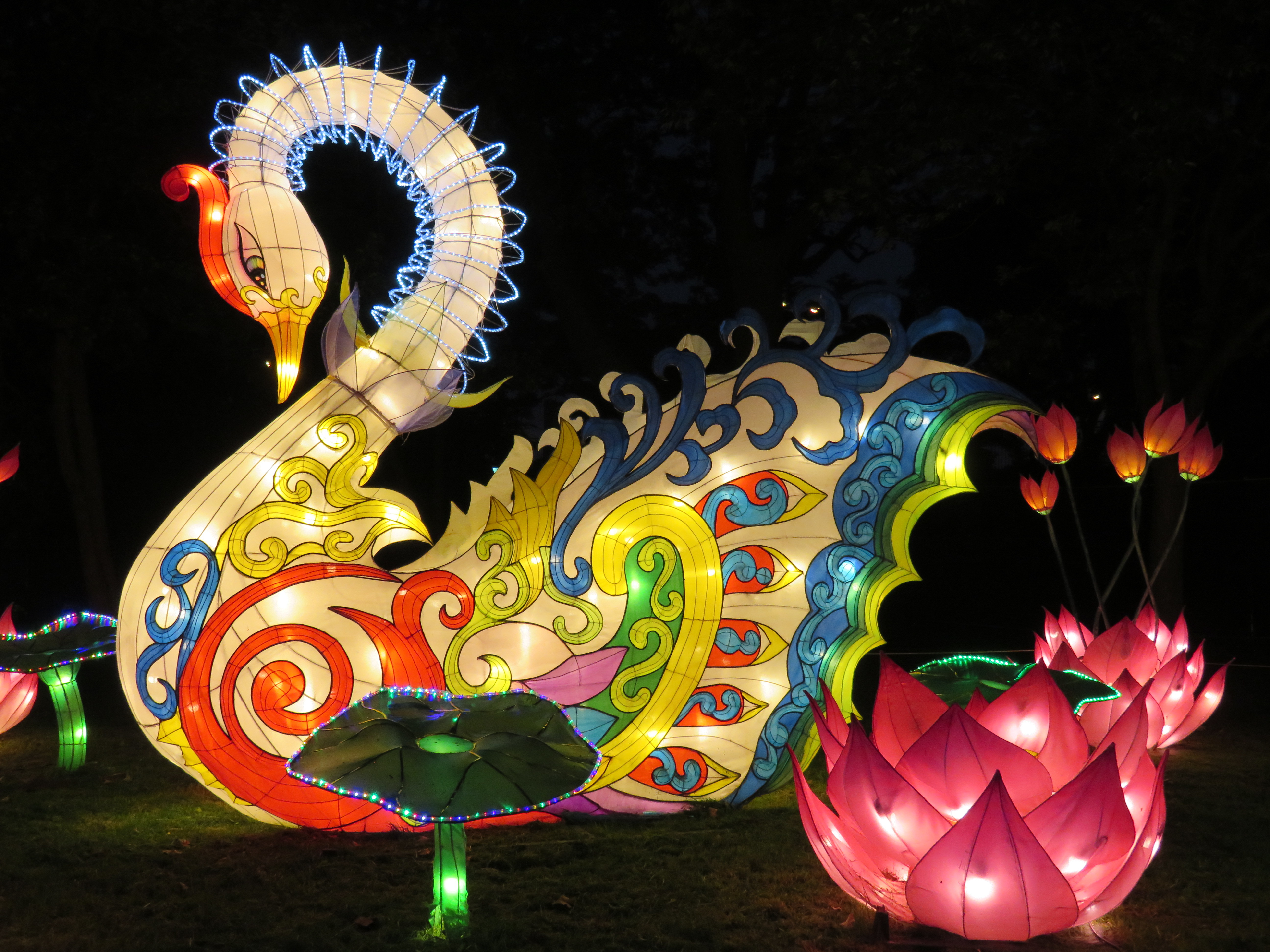 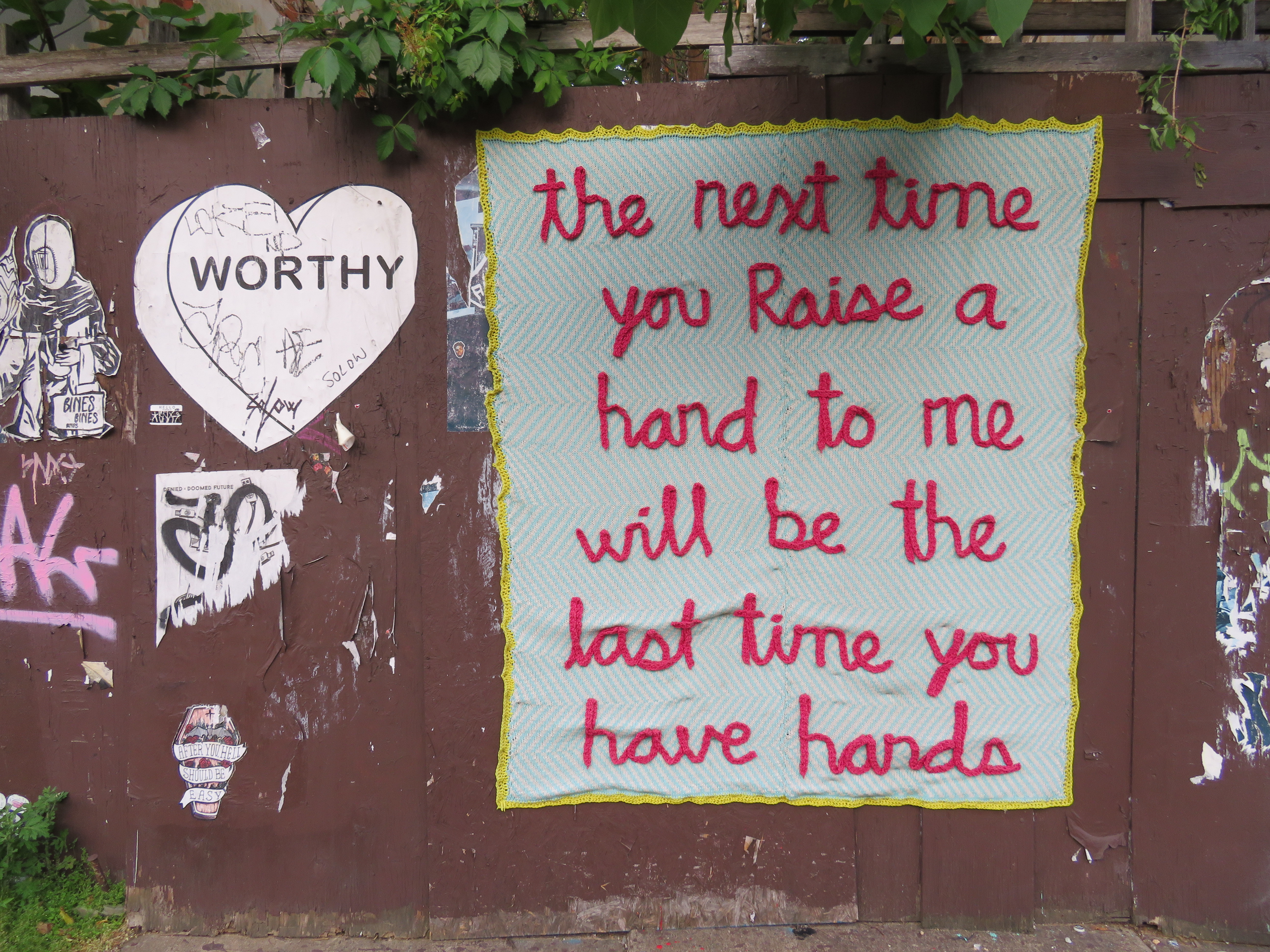