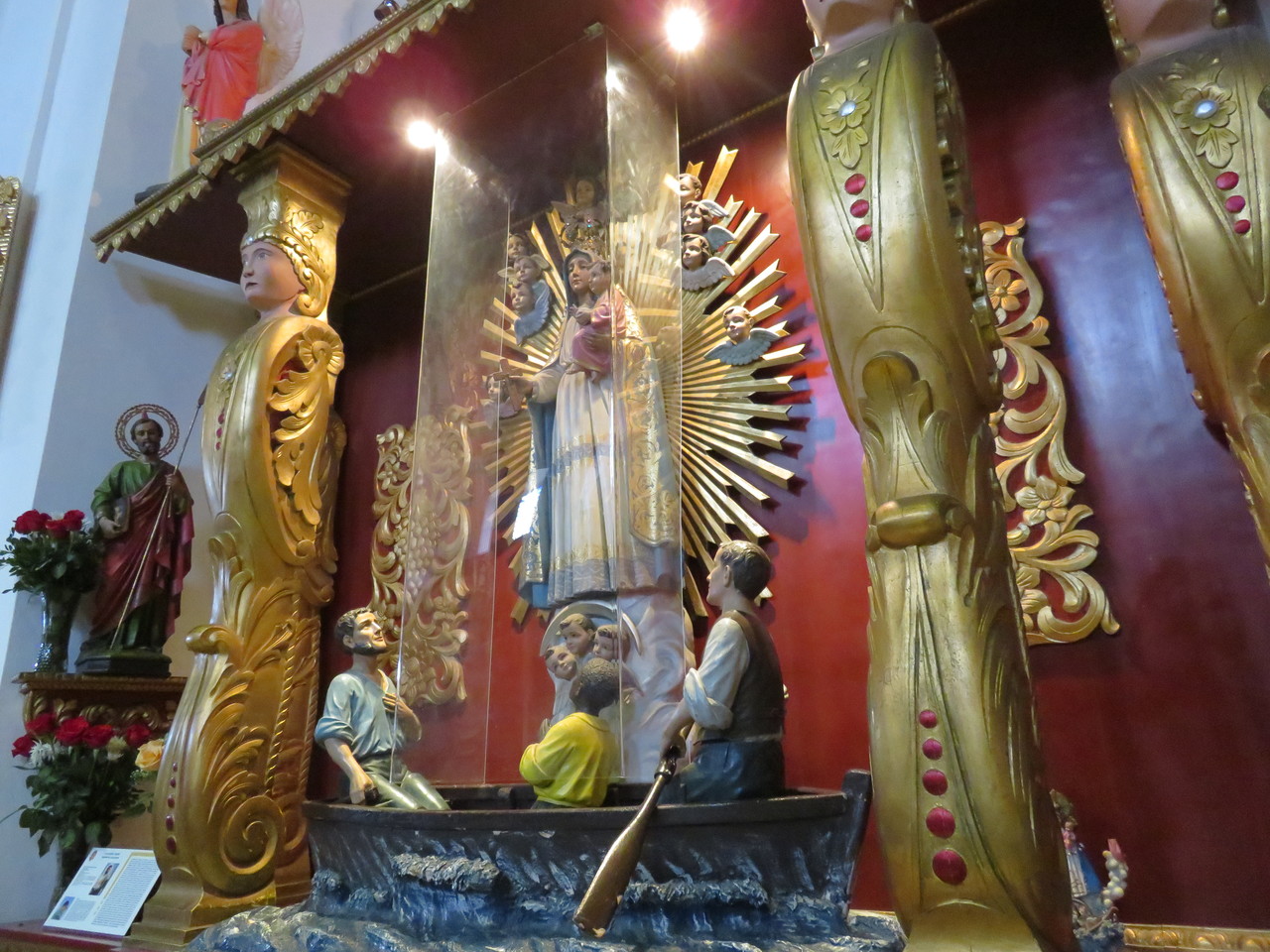 We sat in the backseat of our taxi already anxious to officially arrive in Panama City. The rows of cars stretched four across and into a horizon of high rises that highlighted the Canal Spiral Building. The humidity was kept at bay by the air conditioning, while the Gulf of Panama reflected the sun into a million tiny frays and into our eyes. 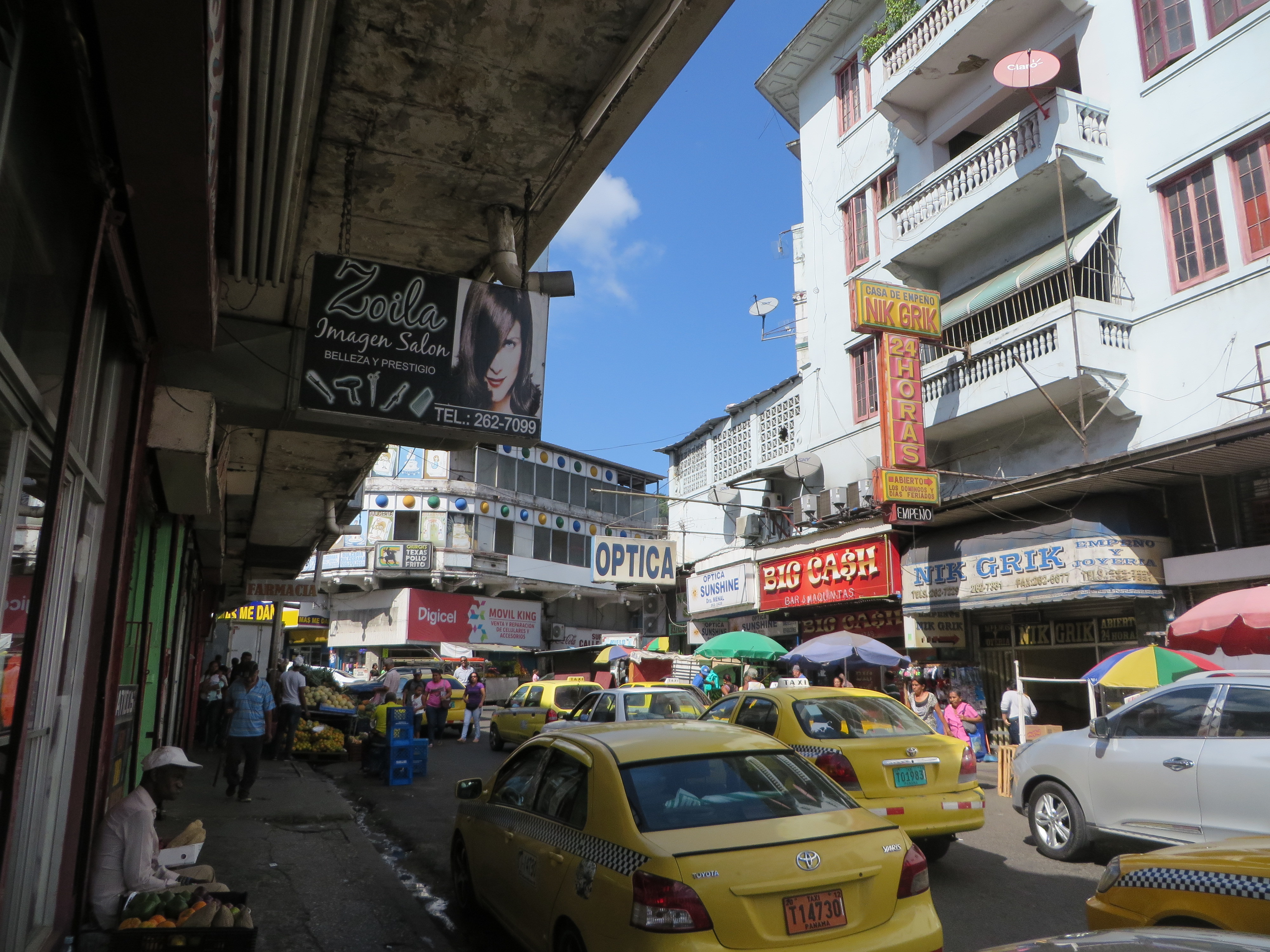 Our progress slow and jarring as the feeling of momentum was met rapidly by a slamming on the breaks situation. Thoughts of whether we would get to see everything on my list started to fill our thoughts when the object of our intermission came into view as road construction. 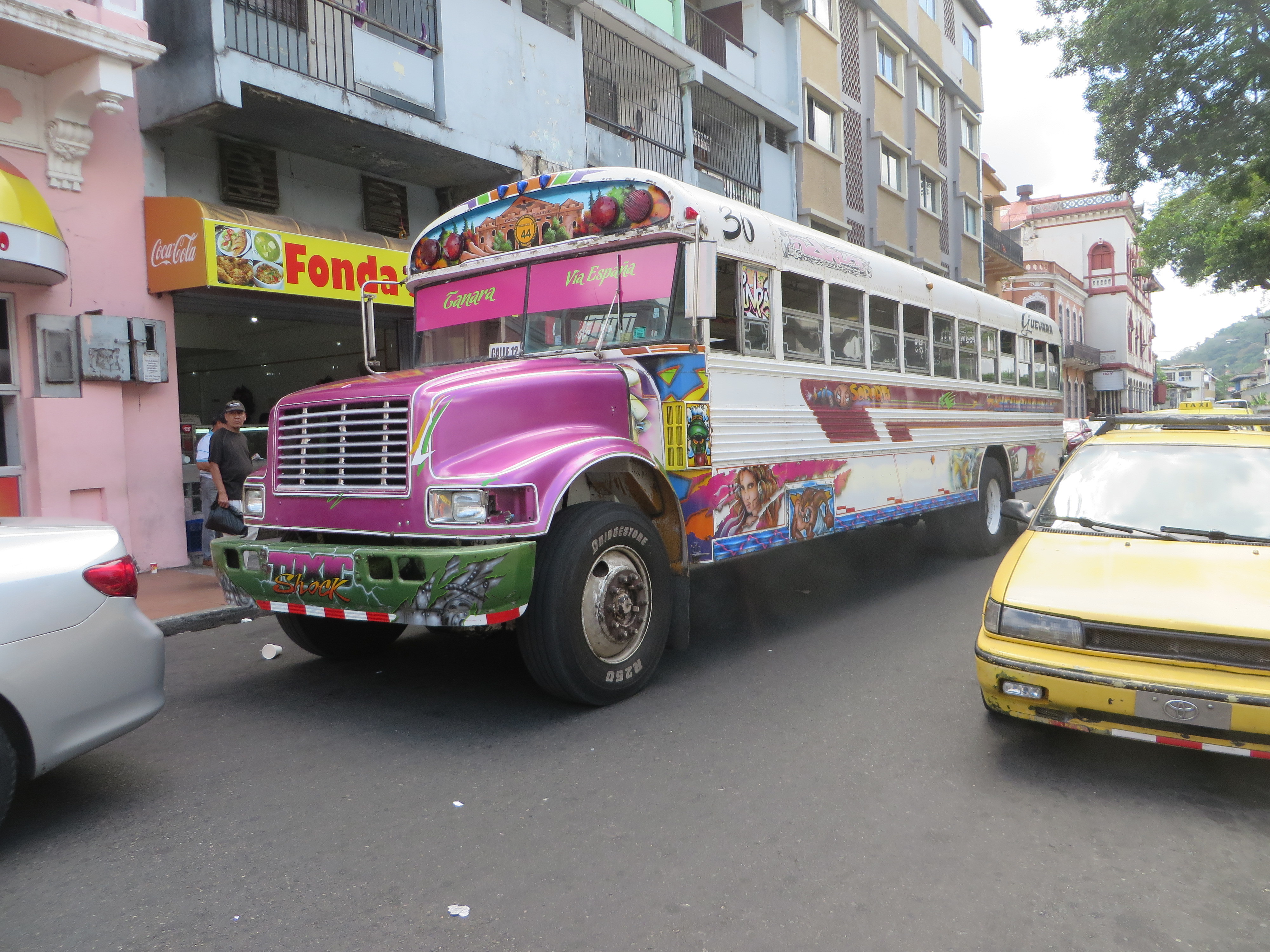 With our obstacles behind us, we raced into the city proper past the Malecon and urban sprawl and into Casco Viejo, which is the second oldest center in Panama, the first having been destroyed by pirates looking for riches.

The streets narrowed and turned into cobblestones while the Spanish Colonial Style homes came closer on both sides, instantly giving us a vivid snapshot of 19th century Panama. Small intimate plazas, cast iron cannons, and former jail cells that at one time were turned into torture chambers once the tide comes in to form the perimeter. A few streets fall directly into the messy mix of water, sand, dirt, and rocks below. 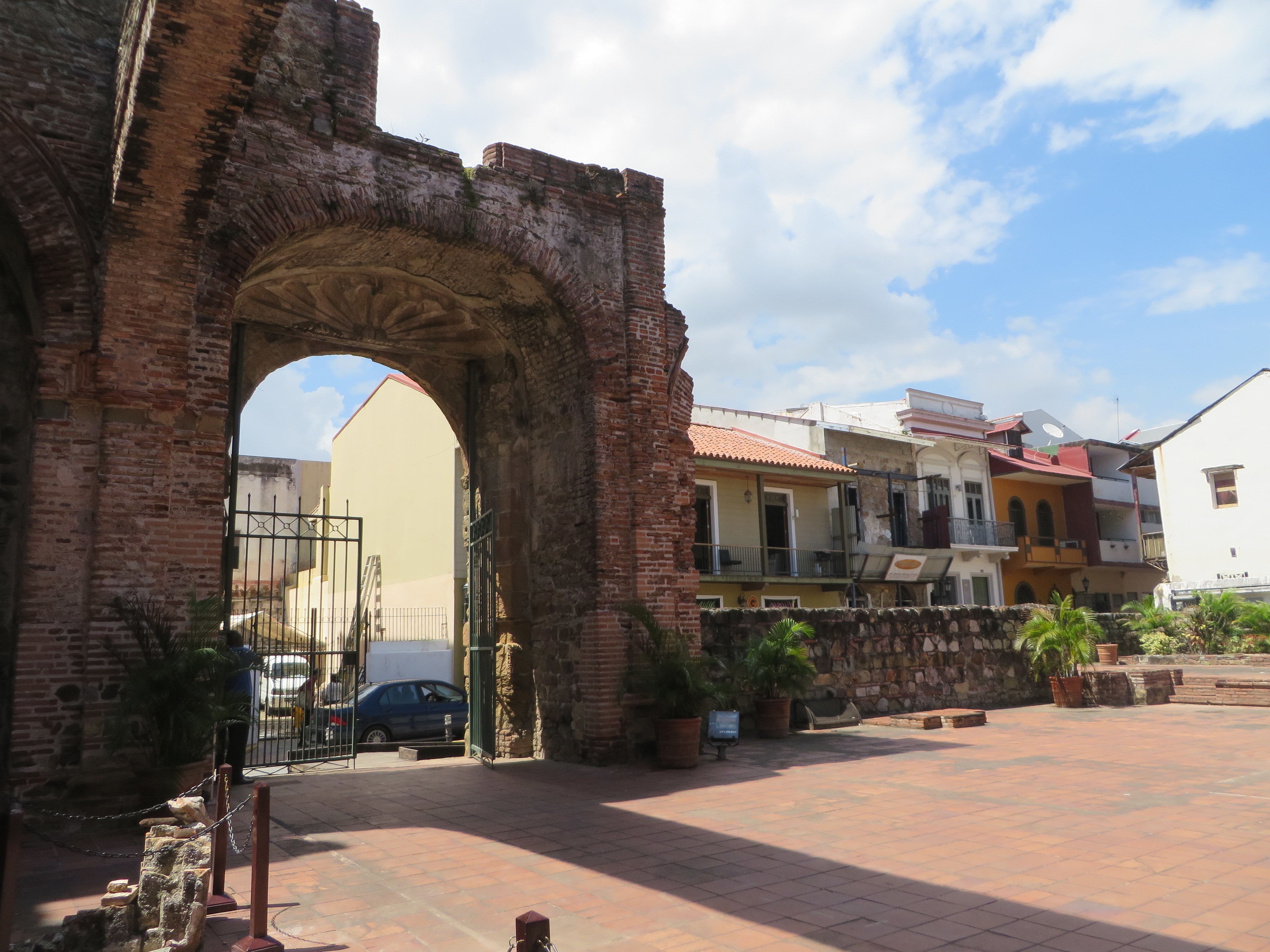 “Conrad!” I yelled as I lead my tour of one. He looked at me puzzled, so I quickly reminded him of who I am and that we've met a few times before. He stared at me for a moment and replied, “I am sorry. Getting old and my memory is not too good.” I quickly told him not to worry about it and that we would like a tour. He then changed his posture and gestured for us to follow him.

I met Conrad years ago. A living, breathing history book. His great grandfather came from Jamaica to work on the canal under terrible conditions, including high risks for malaria, injury, and racism due to class and color. 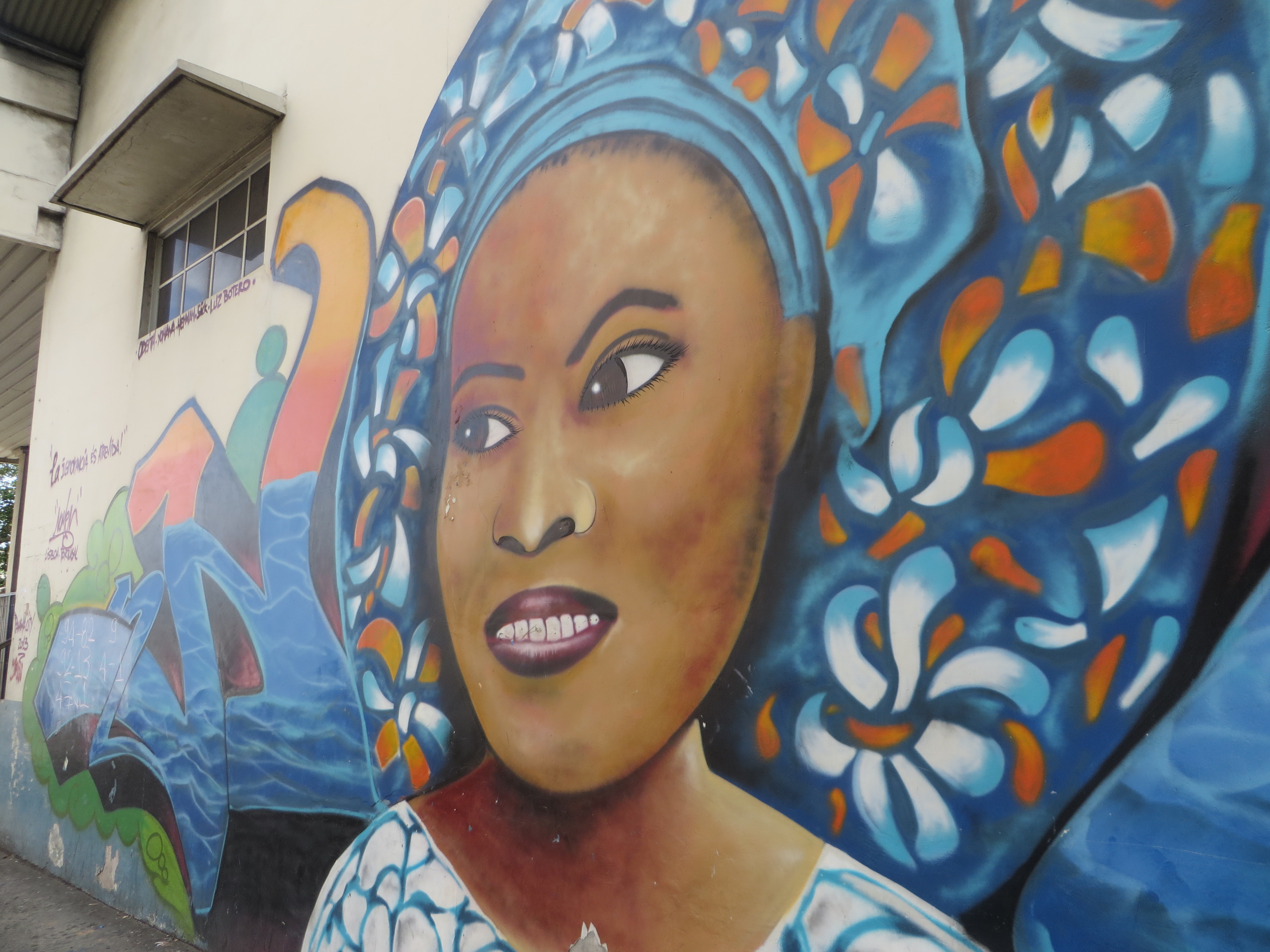 Evidently, he chose to stay instead of returning home, becoming part of the biggest demographic group of non-citizens followed by Barbadians. I say “non-citizen” because after decades of being in Panama, it was not until recent times that their descendants were accepted as Panamanian citizens.

Conrad filled us in on his life, how his wife was killed in Operation Just Cause – the military operation to capture General Manuel Noriega – due to the excessive use of military force.

His personal story became interlaced with his faith in churches and their various patron saints of everything from sickness to broken legs. His excitement to show us everything prompted us to tell him to relax as he led us from one place to the next. 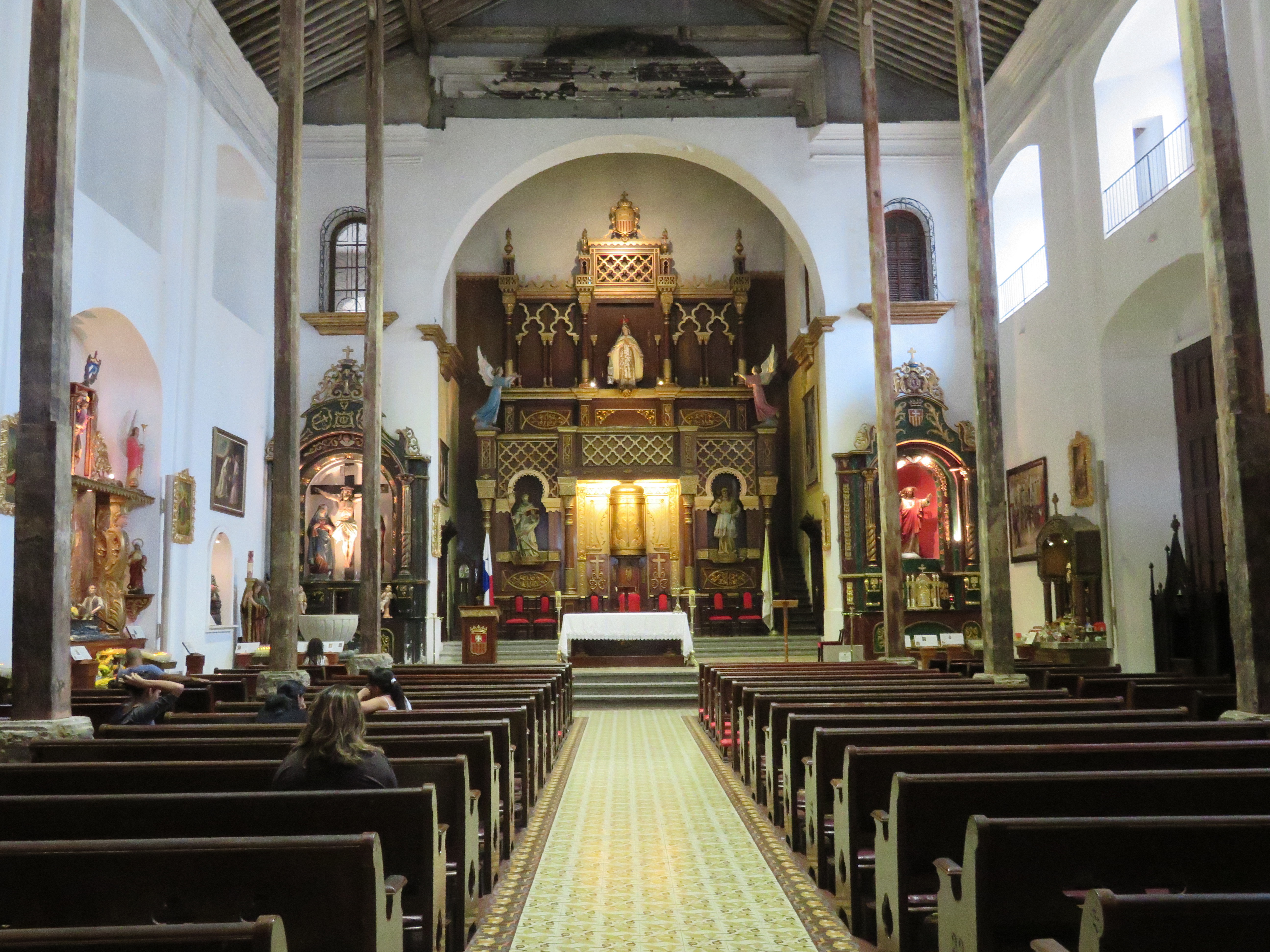 As our stomachs started to grumble, we made our way to lunch at a traditional Panamanian restaurant and were fortunate enough to catch a few Kona (San Blas), an indigenous group that mainly lives on the islands around Panama. 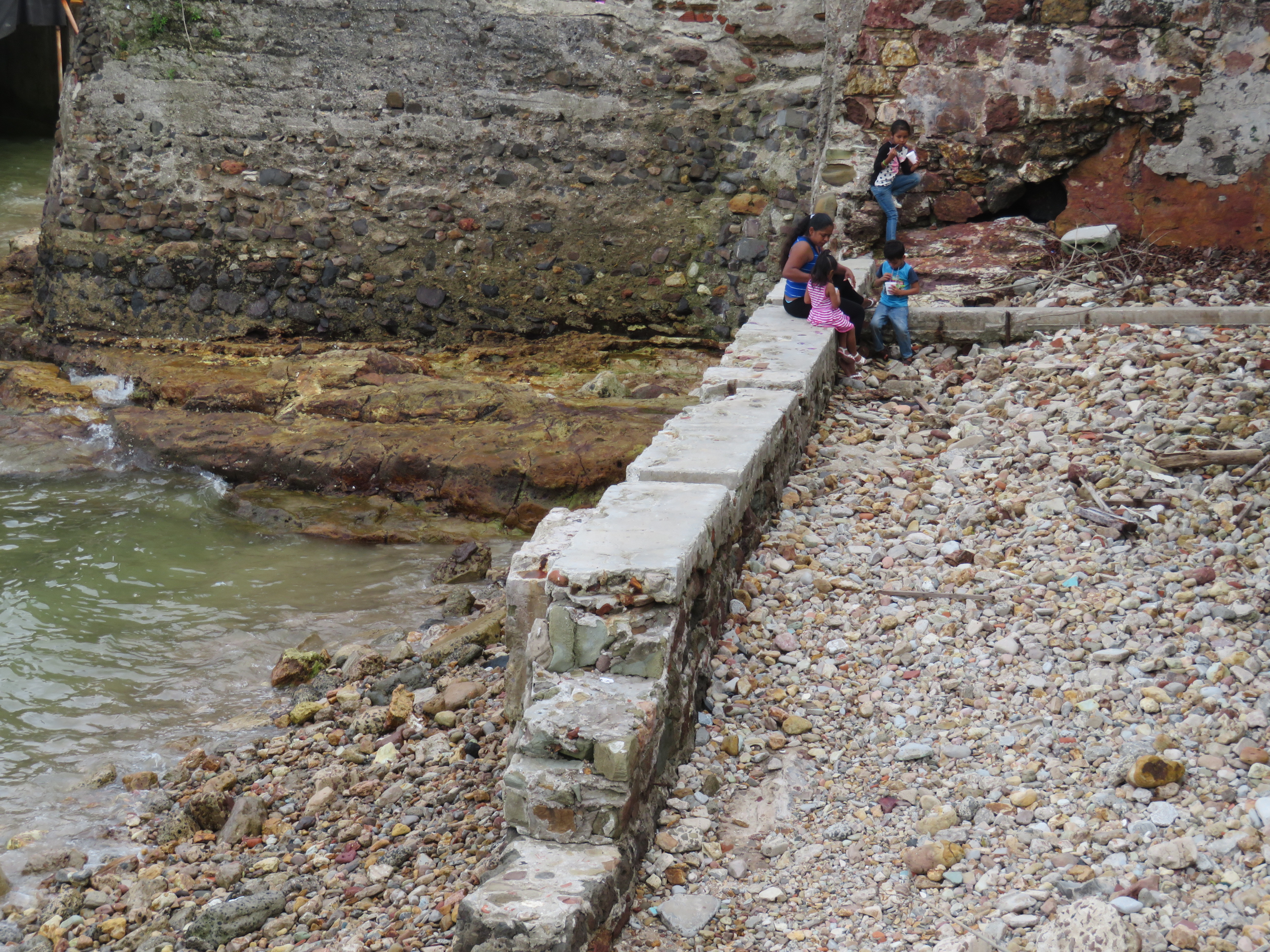 Over lunch, we joked and talked about women and life and made small talk about plantains, steak, and other foods dividing among us.

As we ate, I thought about Panamanian history, or rather Colombian history, as Panama was once a state of Colombia. It was here that the Spanish conquistadors heard the tales of the Incas and how the pirates raided and loaded their spoils. Opportunists and despots tortured and amassed riches. Slaves mixed with the indigenous population to gain both freedom and revenge against the Spanish.

Fortune seekers promoted by the gold rush rode on boats, trains, and mules to get across the country to catch another boat to California's gold mines. 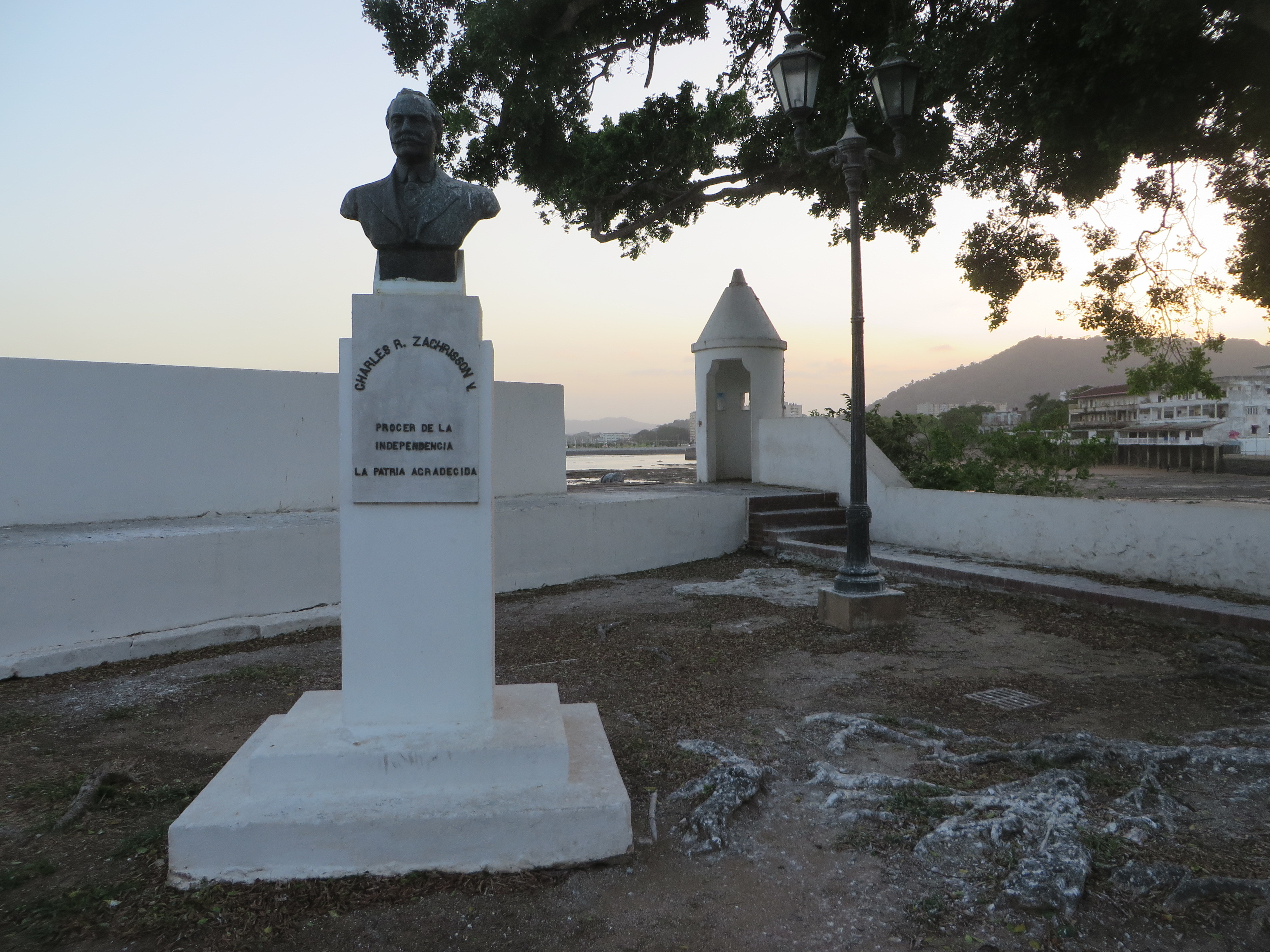 As the canal was being built, decades of Jim Crow laws of caste/color based racism clashed and resulted in the formation of two completely different countries. The United States became the occupiers who profited from the canal as Panama fell into ruin. 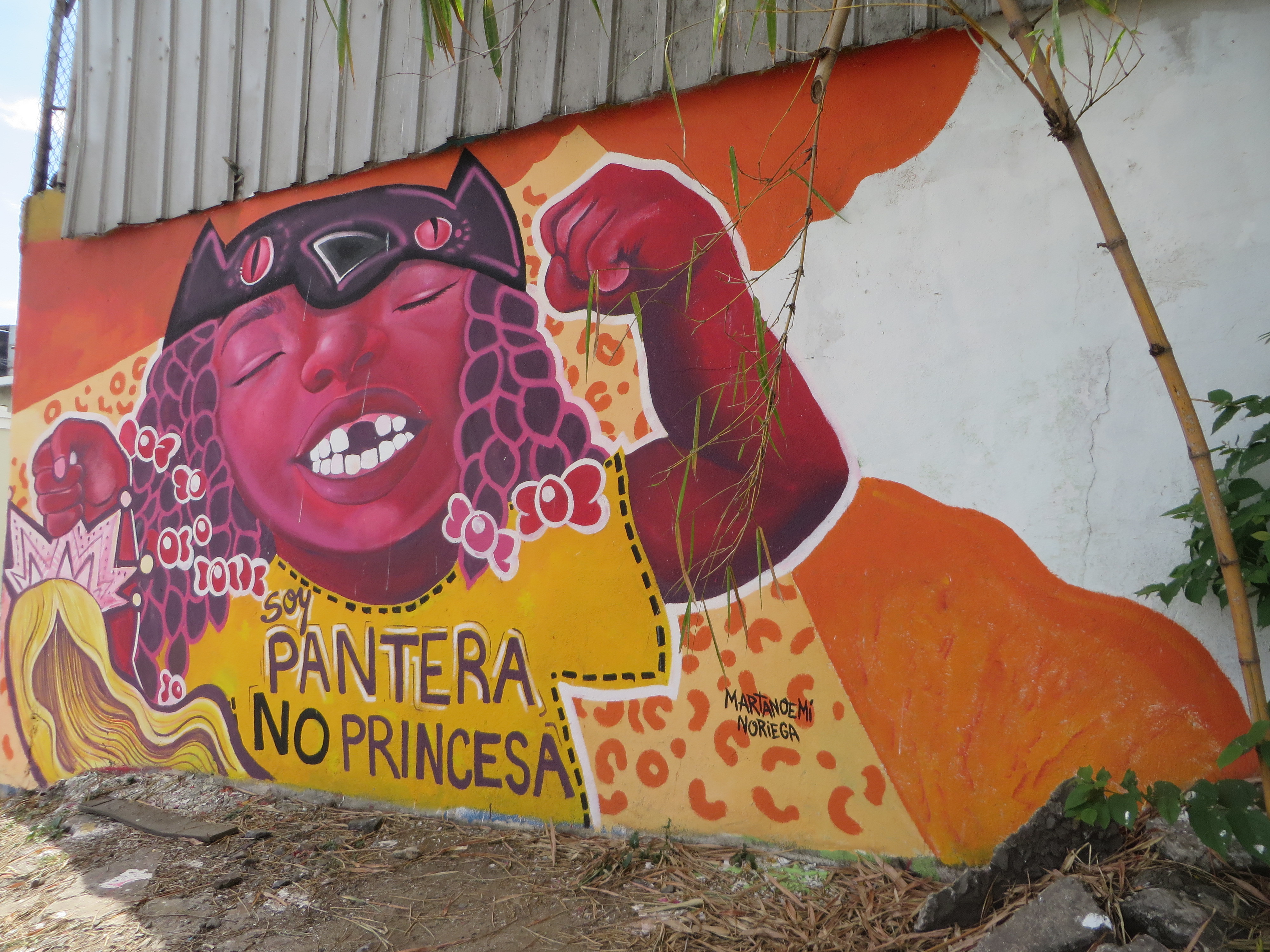 In the 1970s, General Omar Torrijos Herrera, Chief of the Government of Panama, forced then U.S. President Carter, with a mix of machismo and hardball, to not only agree to a fixed end date of the U.S. occupation but to share the profits from the canal.

Then Noriega rose to power, after the canal switched hands in 2000.

Lunch was over, the bill paid, and Conrad said, “Good bye.” So we walked around past “Panamian hats” actually from Ecuador, theatres, and government buildings. Swaying palm trees provided little shade from the heat. Some relief came from AC units near open doors. 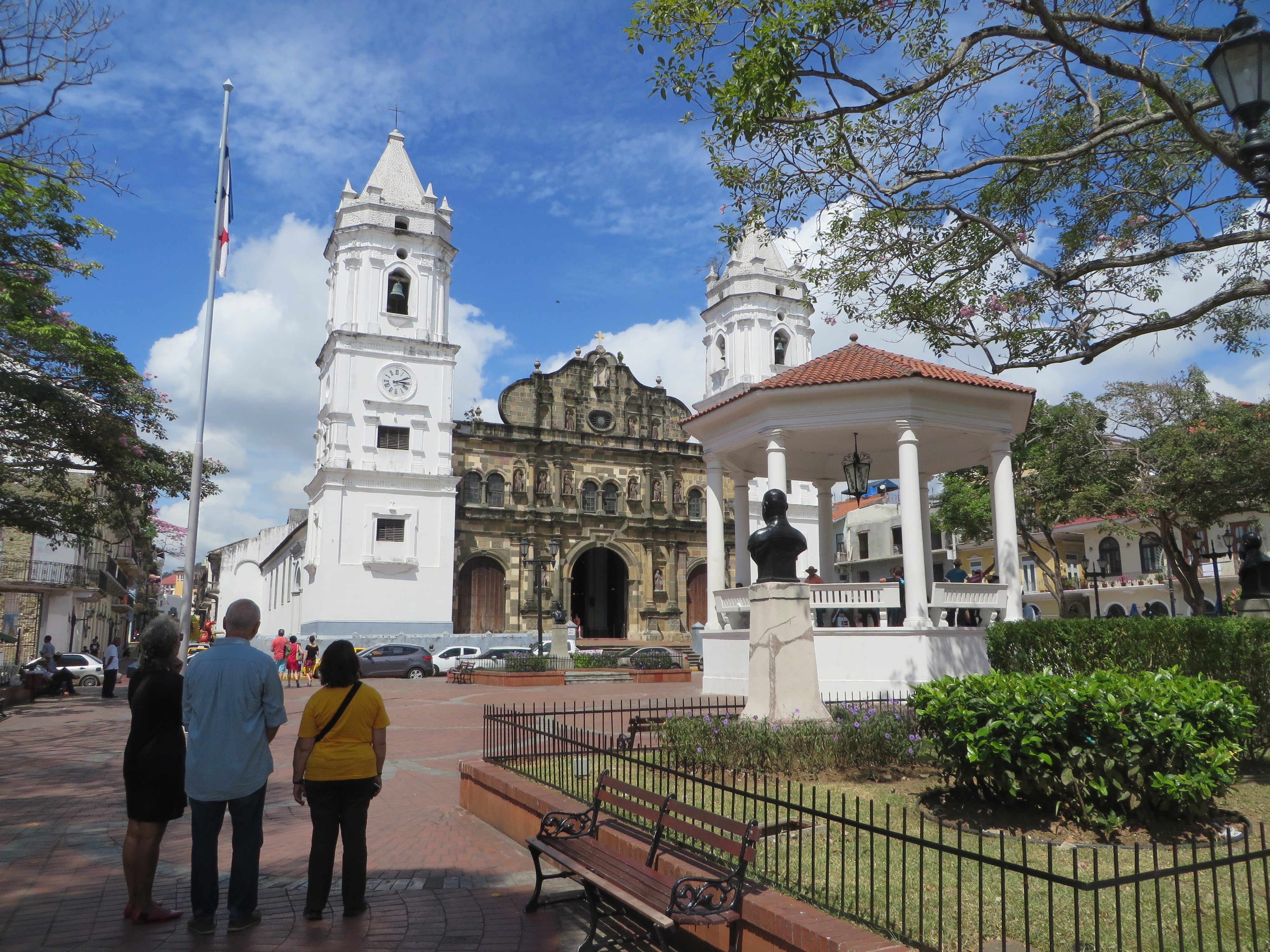 We make our way to the Plaza of Independence where independence was declared from Colombia. In that plaza protest and political events are held in front of the White House. The hazy sun and scattered clouds push us to make our way to a bar next to Panama's presidential house to enjoy a drink before heading back to the airport. 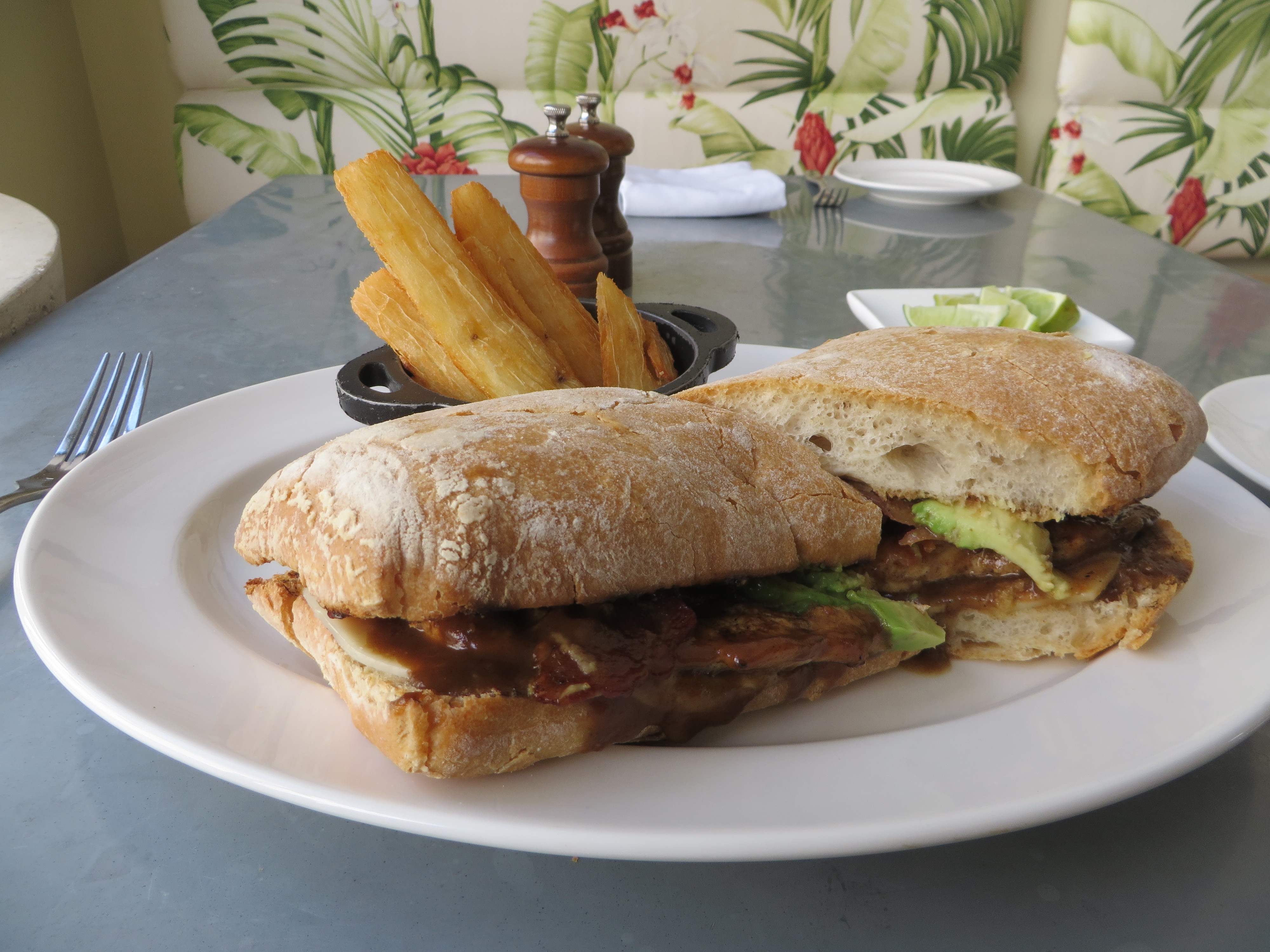 We kicked back one or two beers while cooling down. The patrons spoke a mix of English and Spanish, which made my tour easier a little slice of the U.S. in Central America. Even the dollar is the local currency. After paying our tab, we made our way to PTY (Tocumen Airport) and bid goodbye to Panama once more. 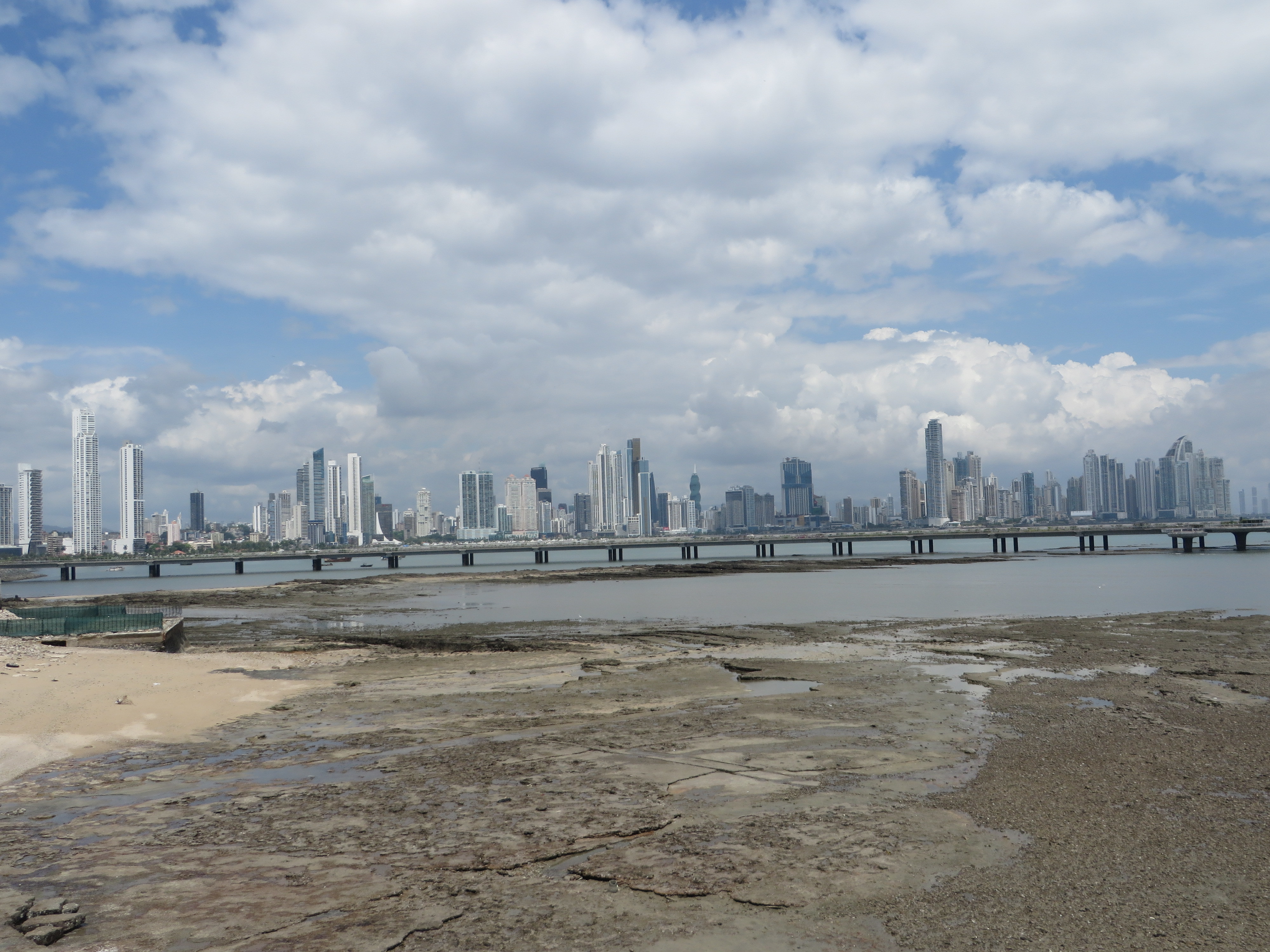 As our taxi rolled down the Pan-American Highway, we took a few more glimpses of the city as I promised to return to see the canal and what else the country has to offer.

This is only my fourth trip, so I have not seen the real Panama yet. For that to happen, I have to move beyond the city and explore the country's interior. I eagerly yearn for that fifth trip. 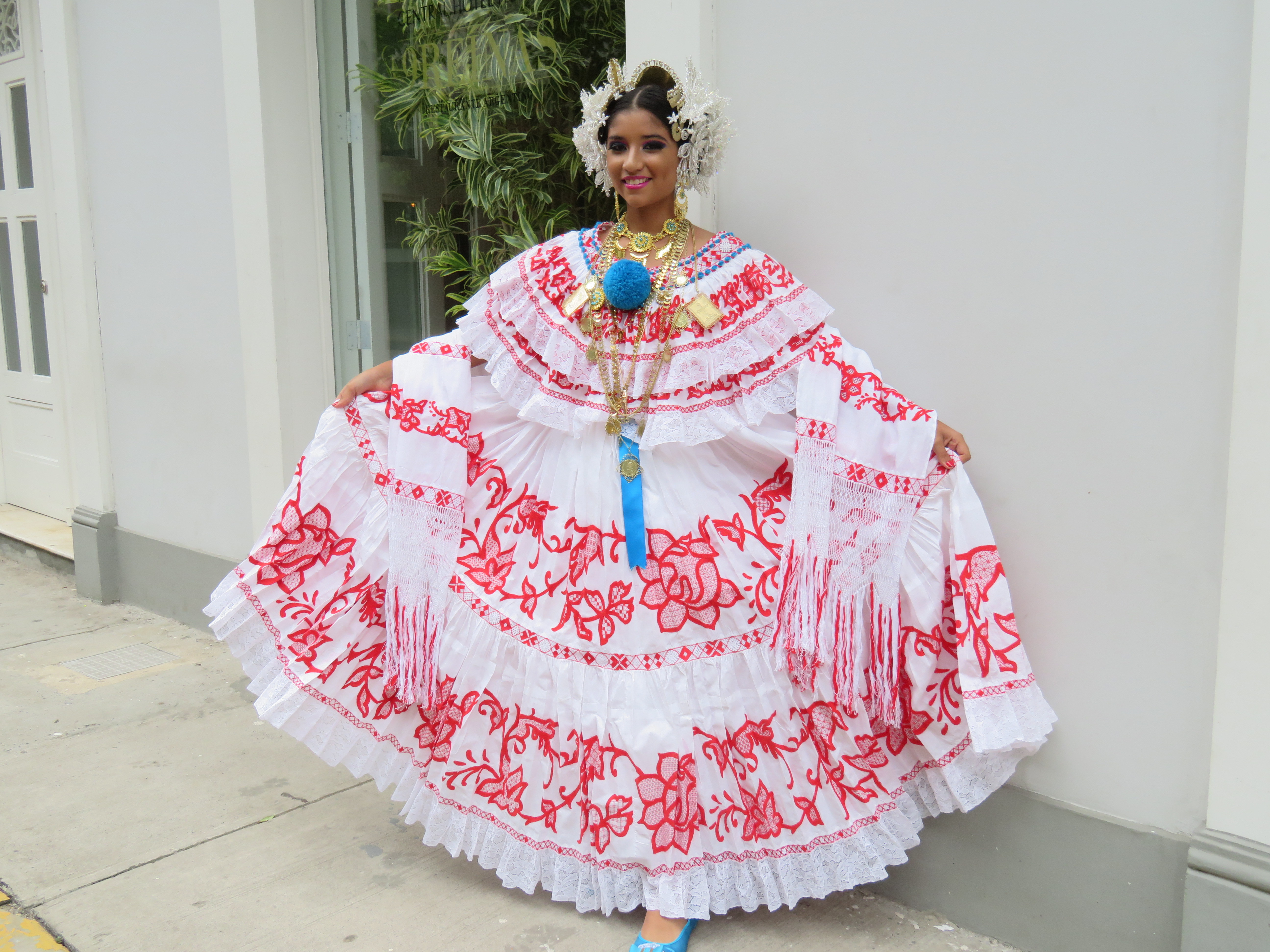 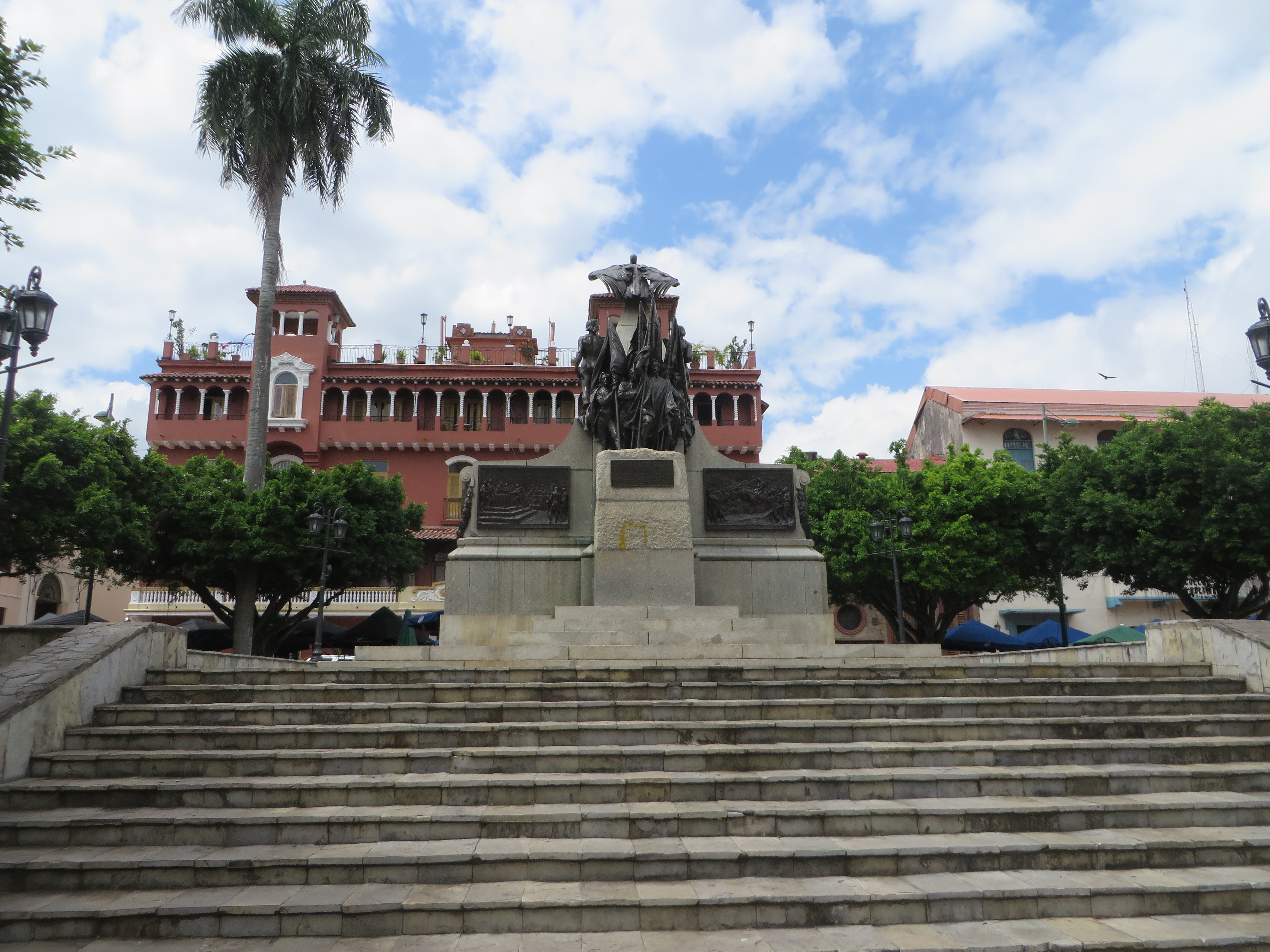 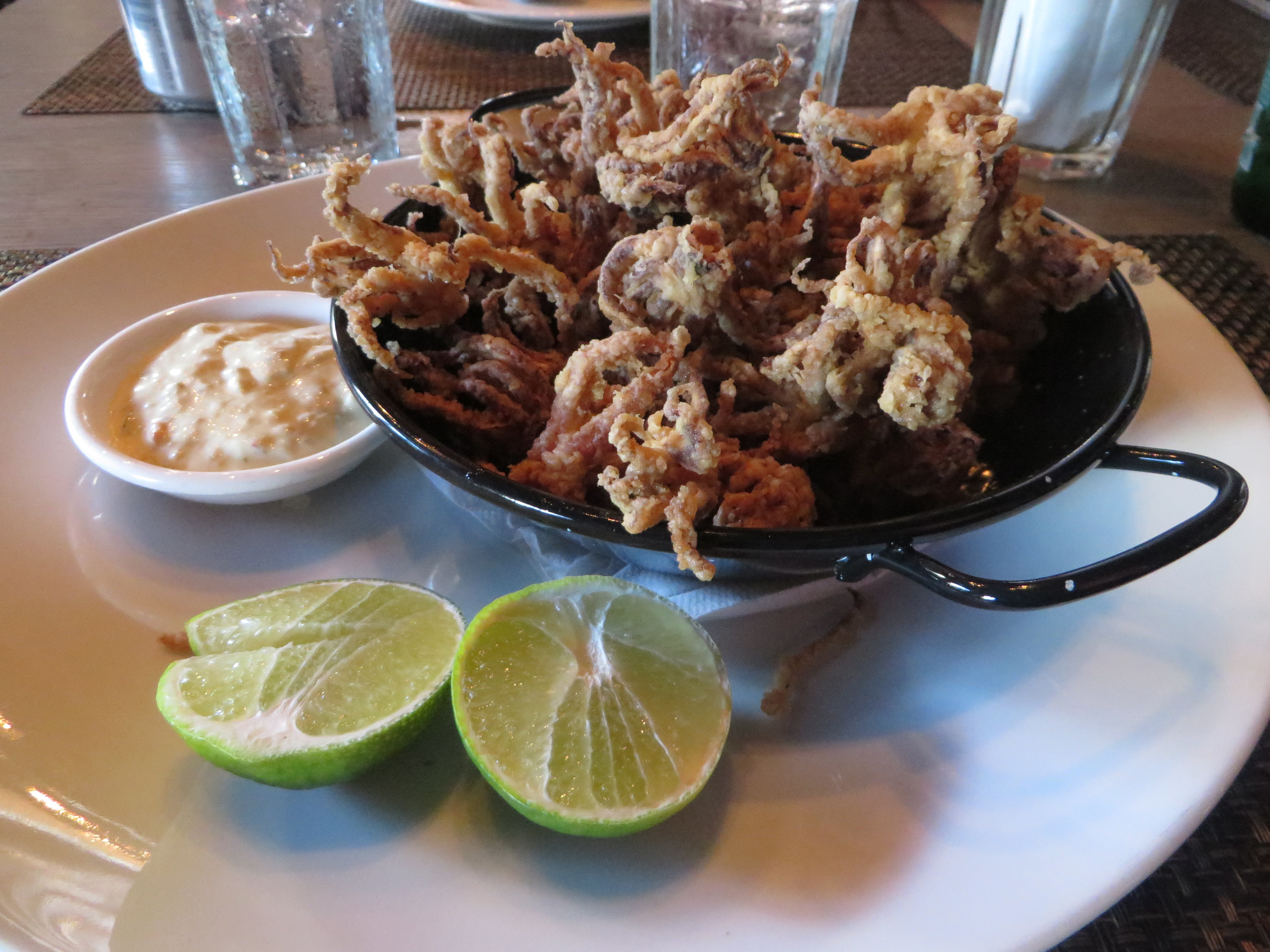 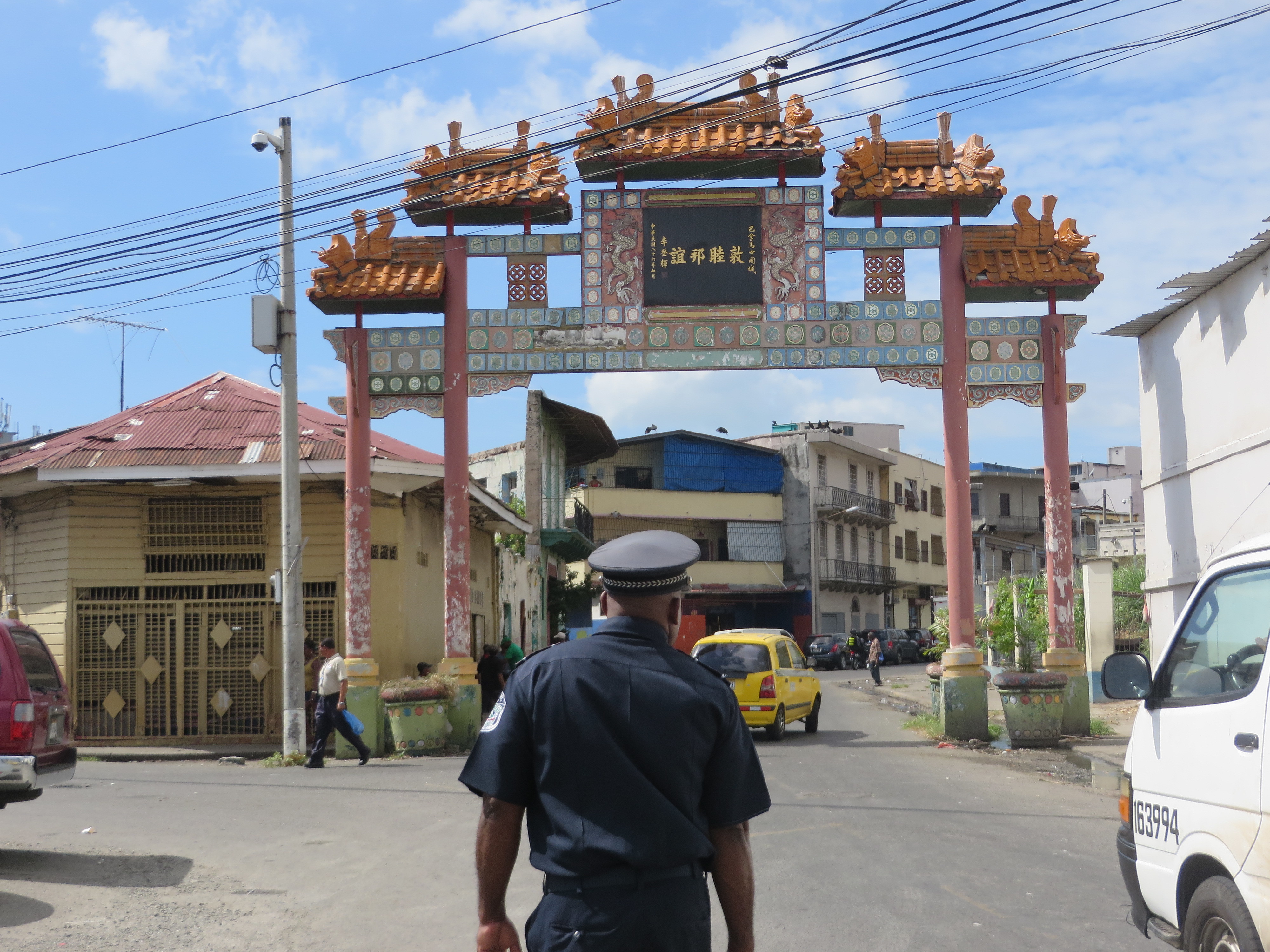 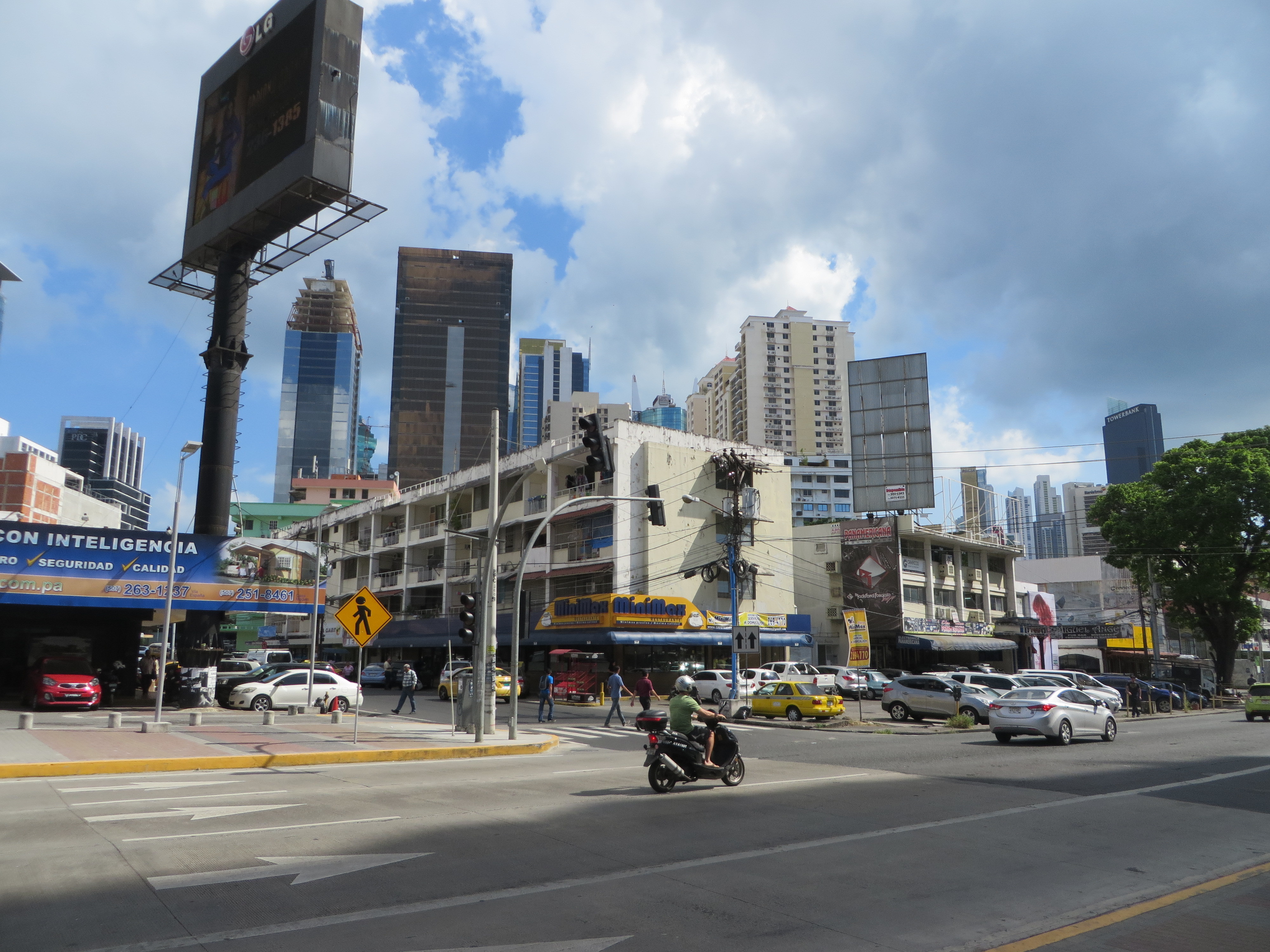 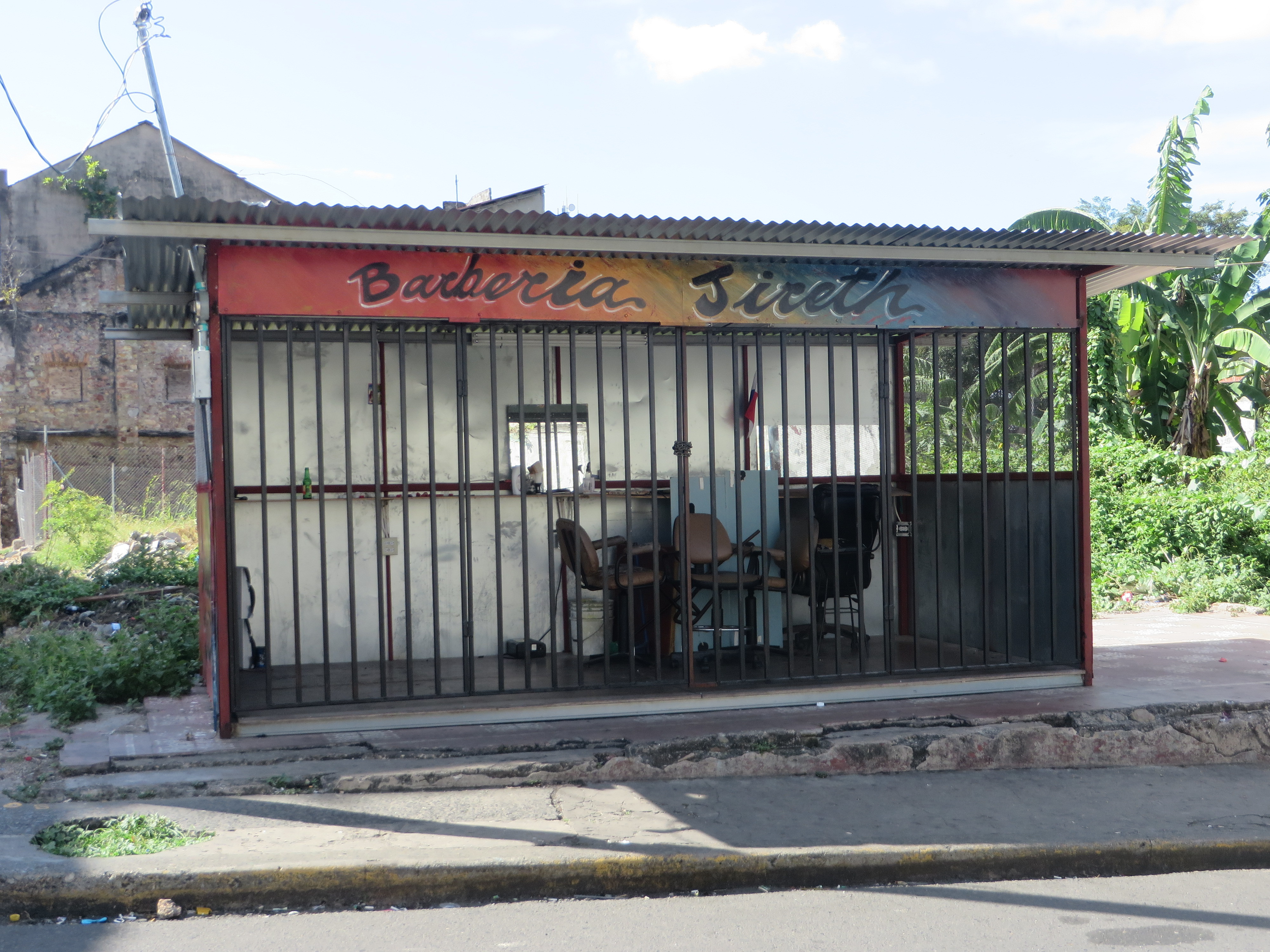 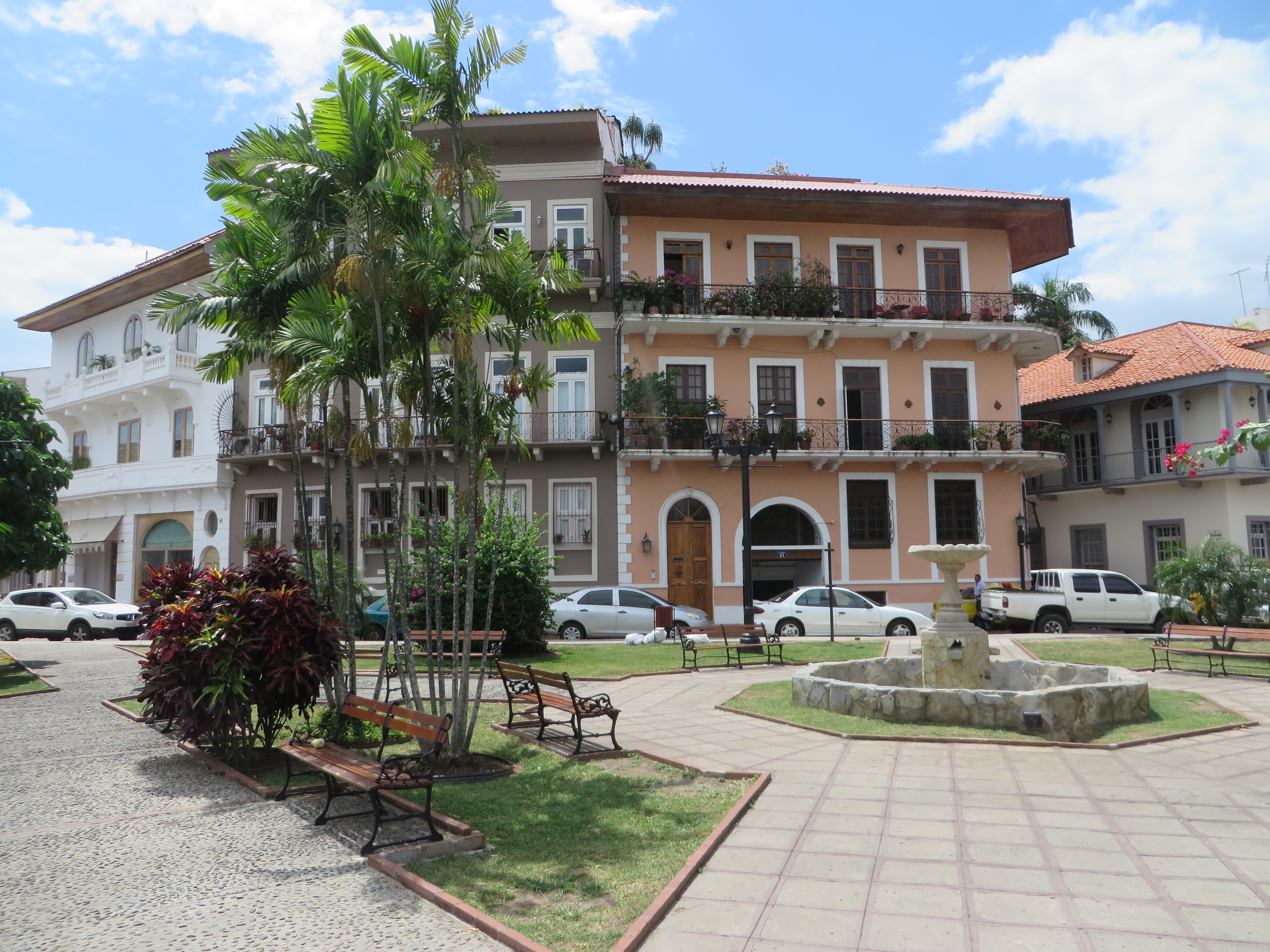 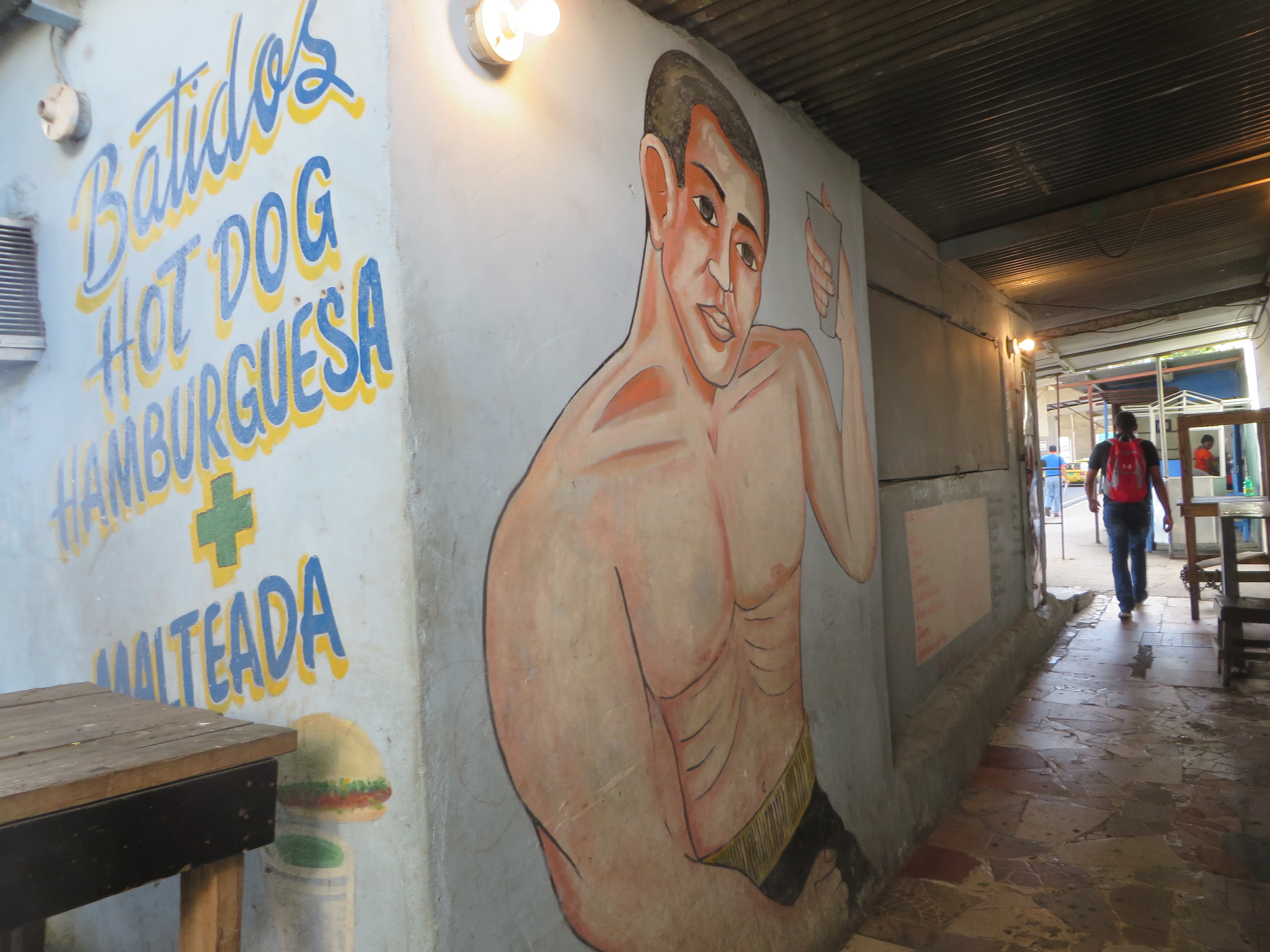 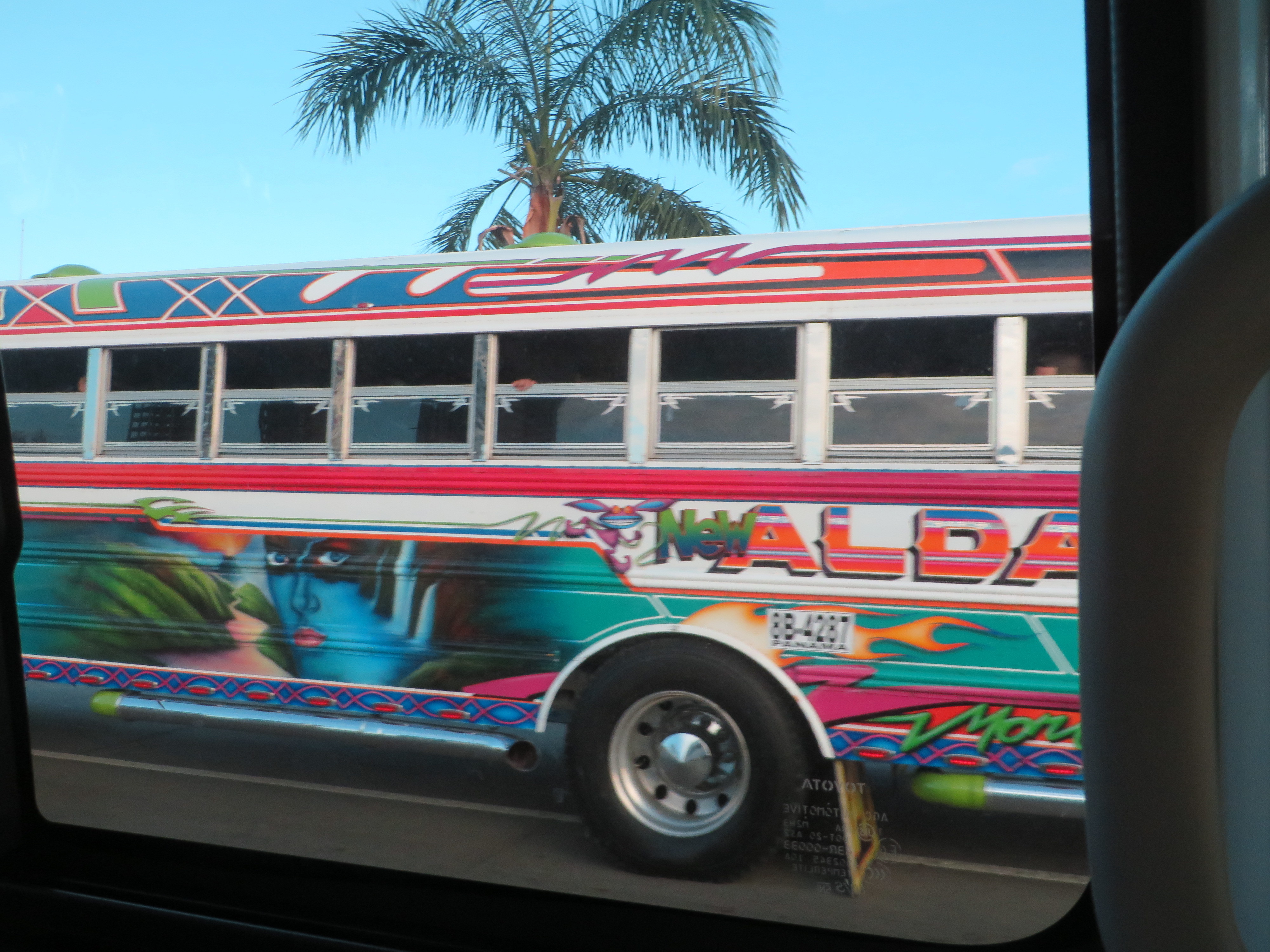 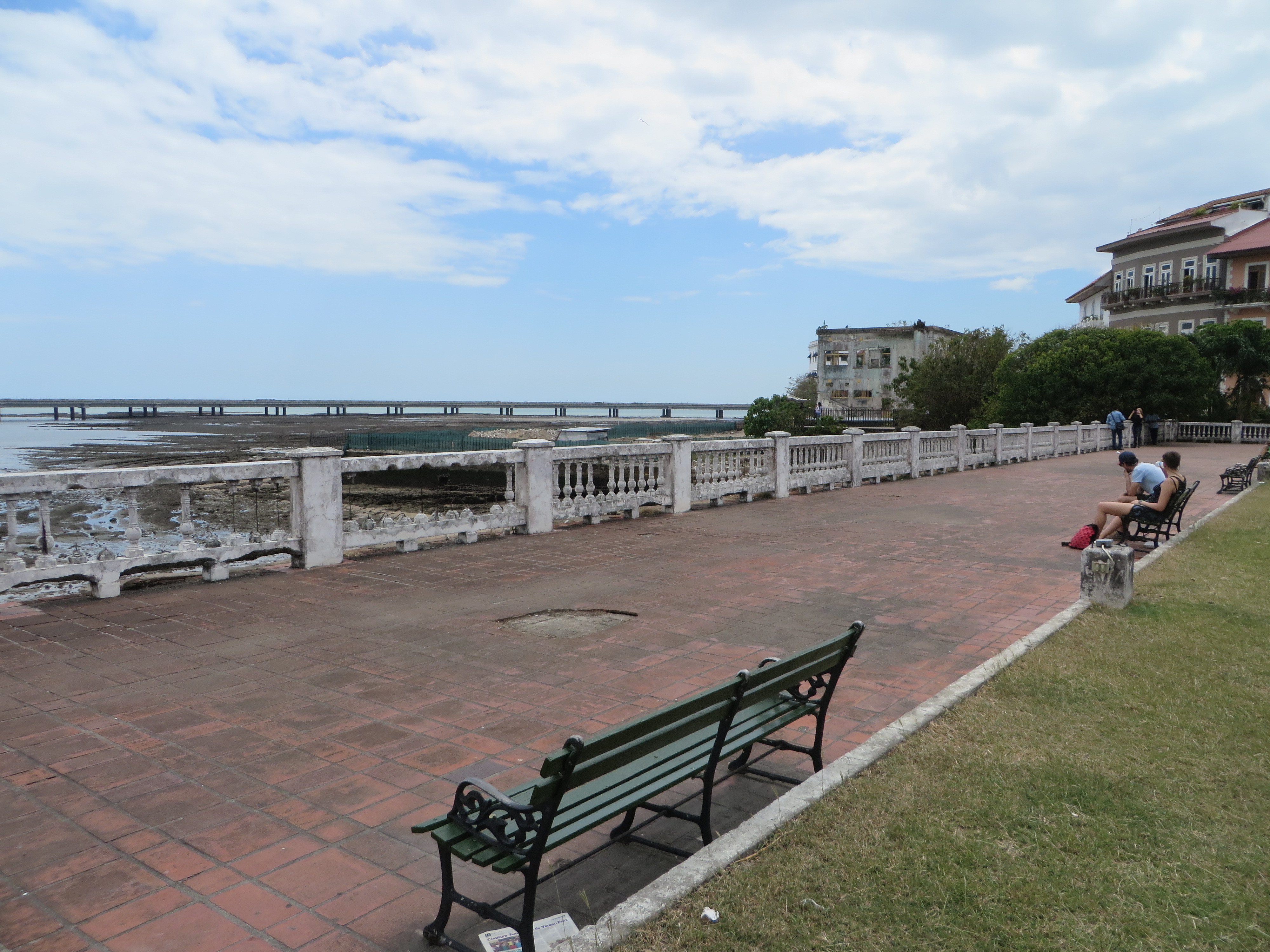 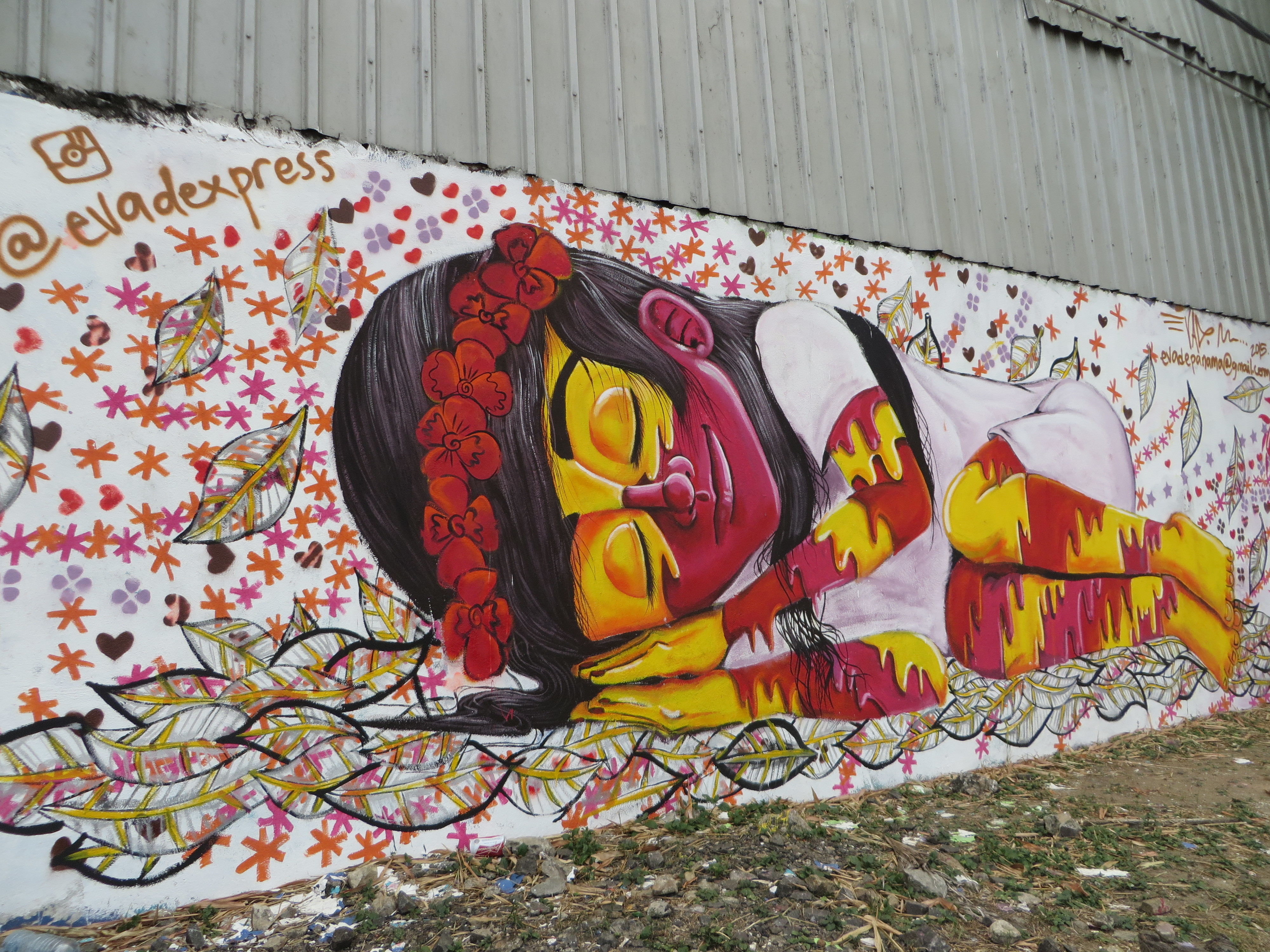 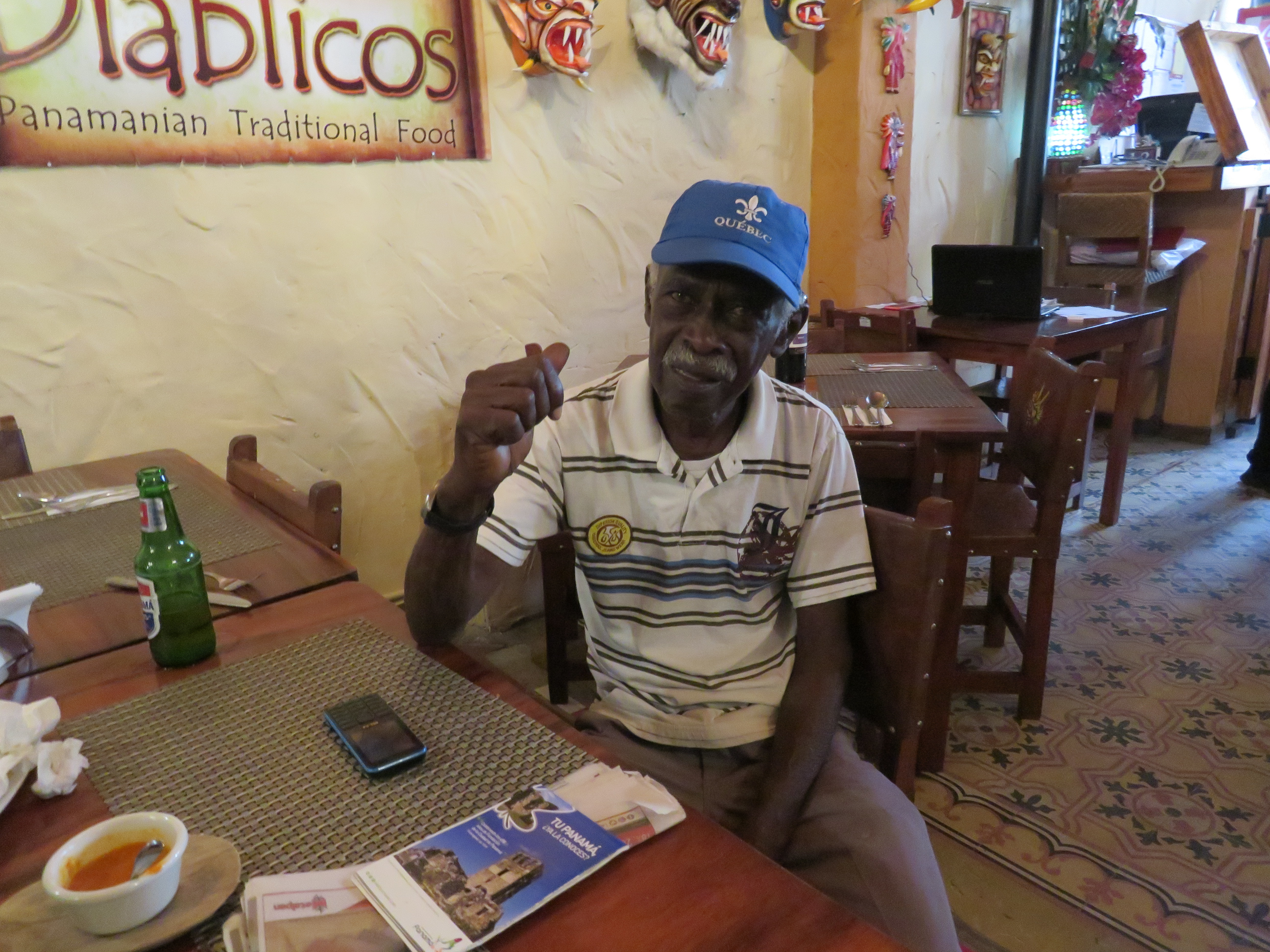