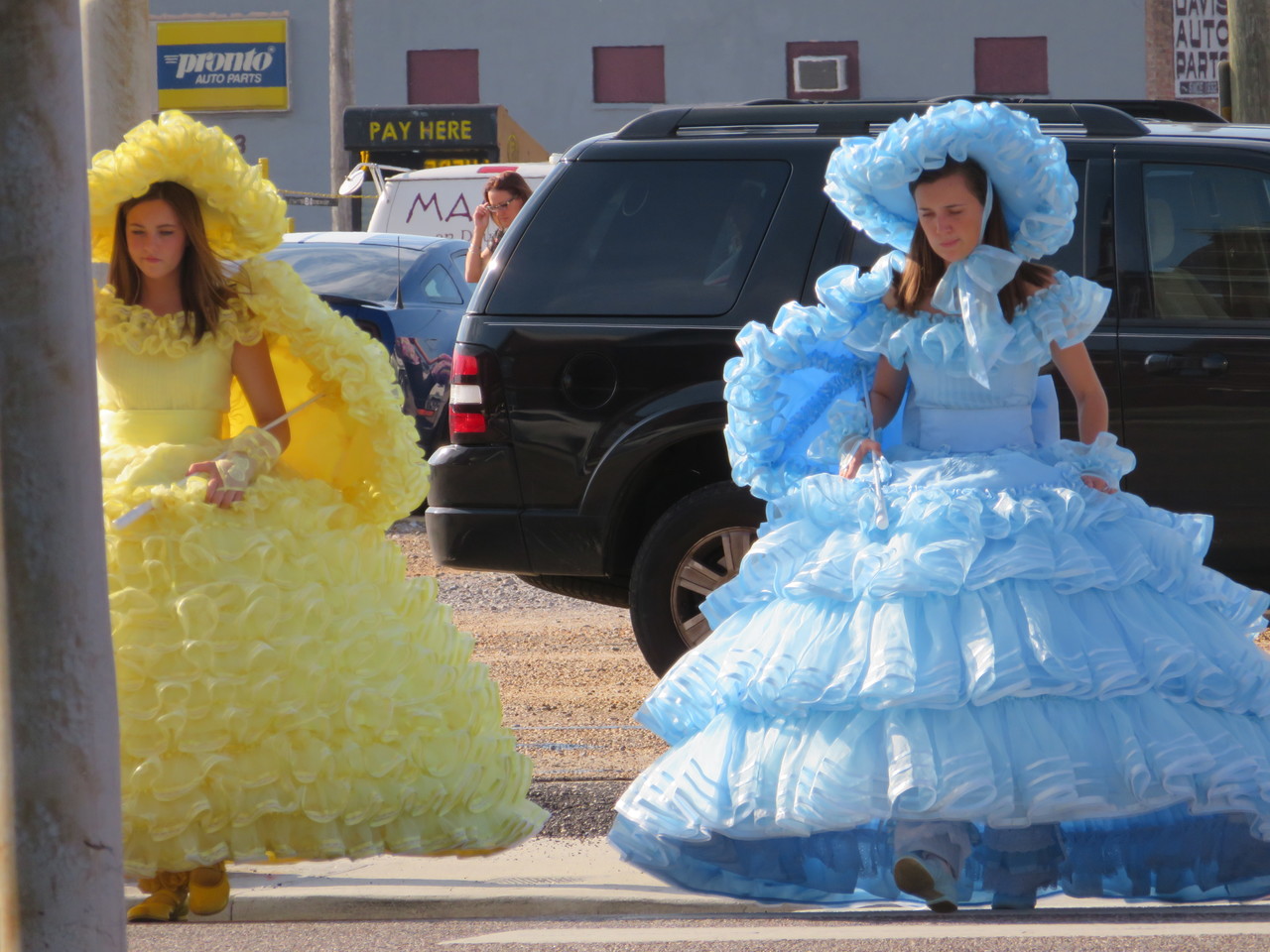 Home of the Original Mardi Gras.

They roamed the night drunk, loud, and looking for entertainment. Chugging perhaps a homemade brew gave them the strength to carry on toward an unknown destination. Their awkward motions shifted between the passing back and forth of liquor and the signs of fatigue and boredom as drops of their unknown concoction made their conversations incoherent and finally into yells.

They saw a hardware store in the distance. They talked obnoxiously as they grabbed cowbells and rakes from an outside display. This small group turned into a procession of laughter and developed their own brand of off-kilter “music” lead by a one-eyed cotton broker from Pennsylvania. This group of well-off men celebrated New Year’s Eve in revelry. Eventually gaining the attention of the mayor, the broker proceeded to direct everyone into his home for a late-night feast to stave off a hangover and absorb the last of the alcohol.

This small private group later called themselves the Cowskeltons and their late-night debauchery not only became a tradition that they kept among themselves but also became the modern-day Mardi Gras—aka, the Carnival. 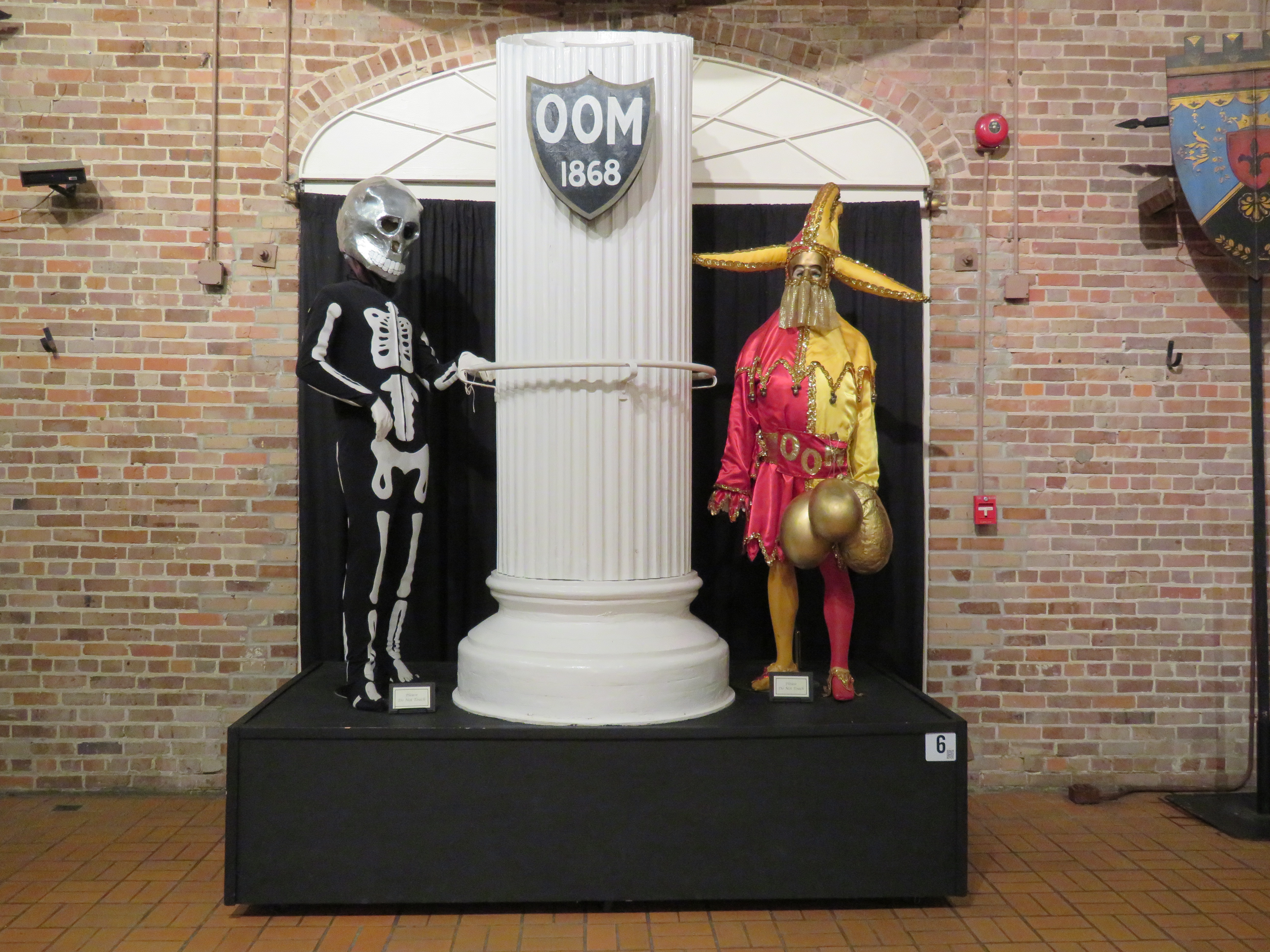 Generations later, various secret societies and traditions were birthed from that night in 1830. Balls, secret handshakes, a change in the time of year, kings, queens, and court jesters all added to the celebrations that New Orleans would later borrow, albeit with a hedonistic twist. Yet in Mobile, despite its roots, it remained family-friendly and true to its more puritan origins. 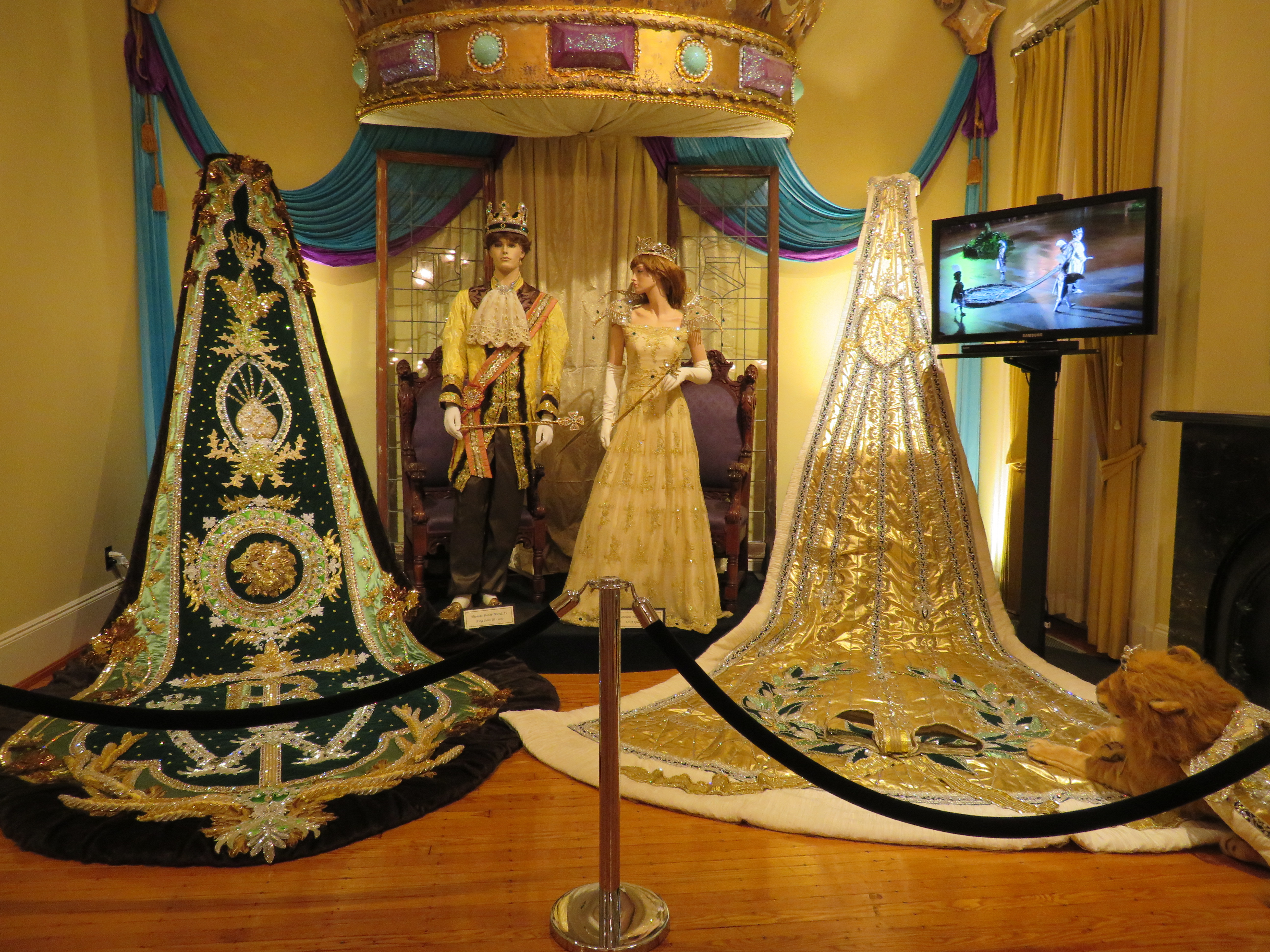 This tale is what brought me to Mobile. My cabbie was amazed that it was that story alone that brought me here as we drove downtown. I quickly learned that Mobile offered more than stores of drunkenness as I dove into the local history of the Spanish, French, British, Confederates, and now the United States have all waved flags here. Each leaving a distinctive mark on the region. This is what turned my simple trip into fascinating findings that hold my interest to this day. 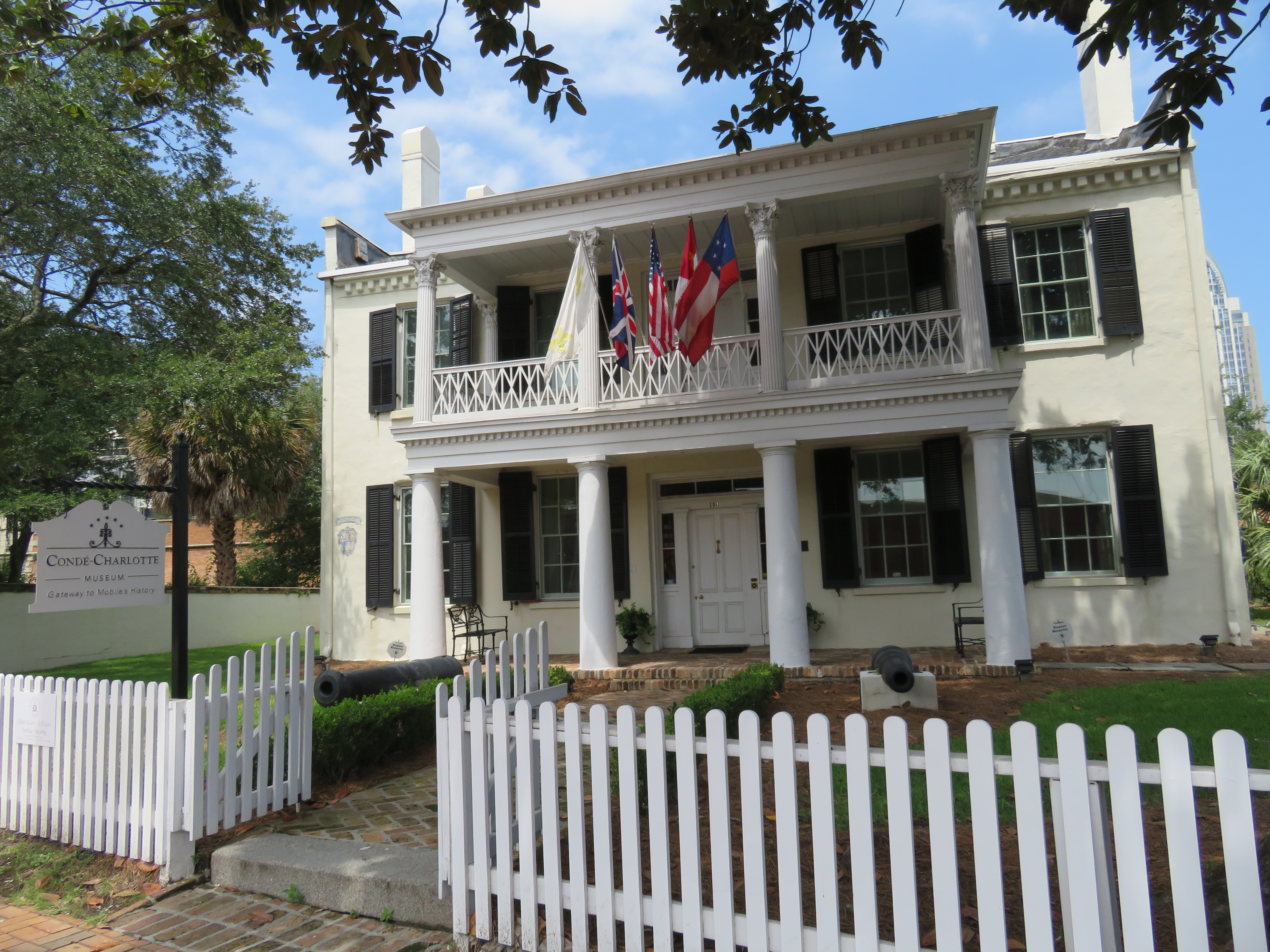 After checking in, I quickly started to explore the area. My interest in Spanish history was piqued upon the discovery of Spanish Plaza Park. Depictions of Queen Isabella and various landmarks from Espana (Spain) provided life and color to the park framed by Antebellum homes. I made the brief walk to Fort Charlotte (Conde), which was created by one of the founders of Mobile (Jean-Baptiste Le Moyne de Bienville) who were sent to defend this region for King Louis XIV. 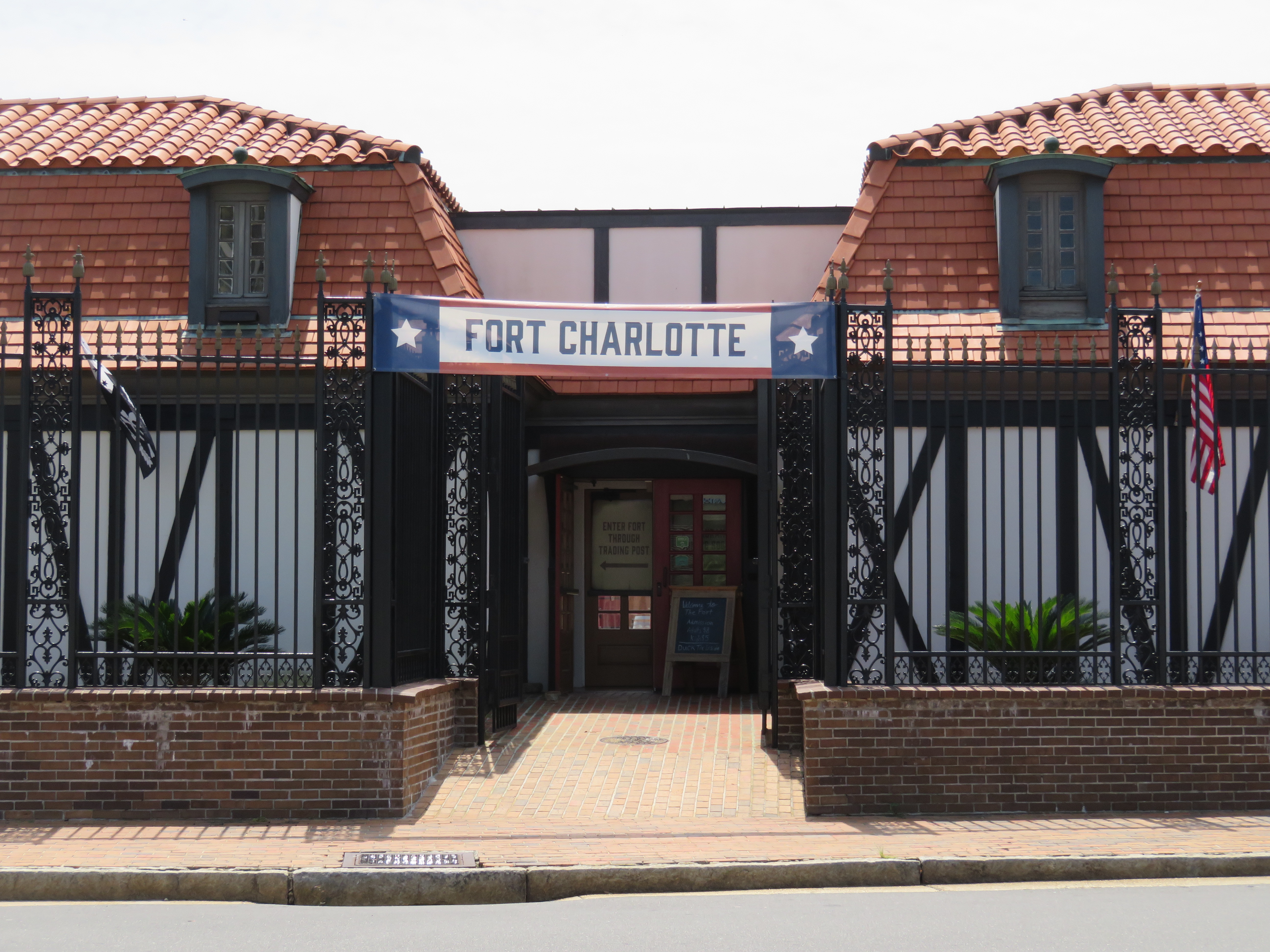 The mash-up of French and Spanish interested me in learning more, but my appetite reminded me that it was time to eat, which is my favorite part of traveling: local cuisine. After making my way to  Dauphin Street that mid afternoon, I was greeted by a musician playing jazz at the corner, friends talking under the low hanging sun, while the trees in Bienville Square provided shade for those looking to relax. Those old Antebellum homes, once again, provided a backdrop for my surroundings while brightly colored businesses gave the area a little punch of contrast. As beautiful and relaxing as this environment was, a plate of oysters at Wintzell’s Oyster House left the biggest impression on me. 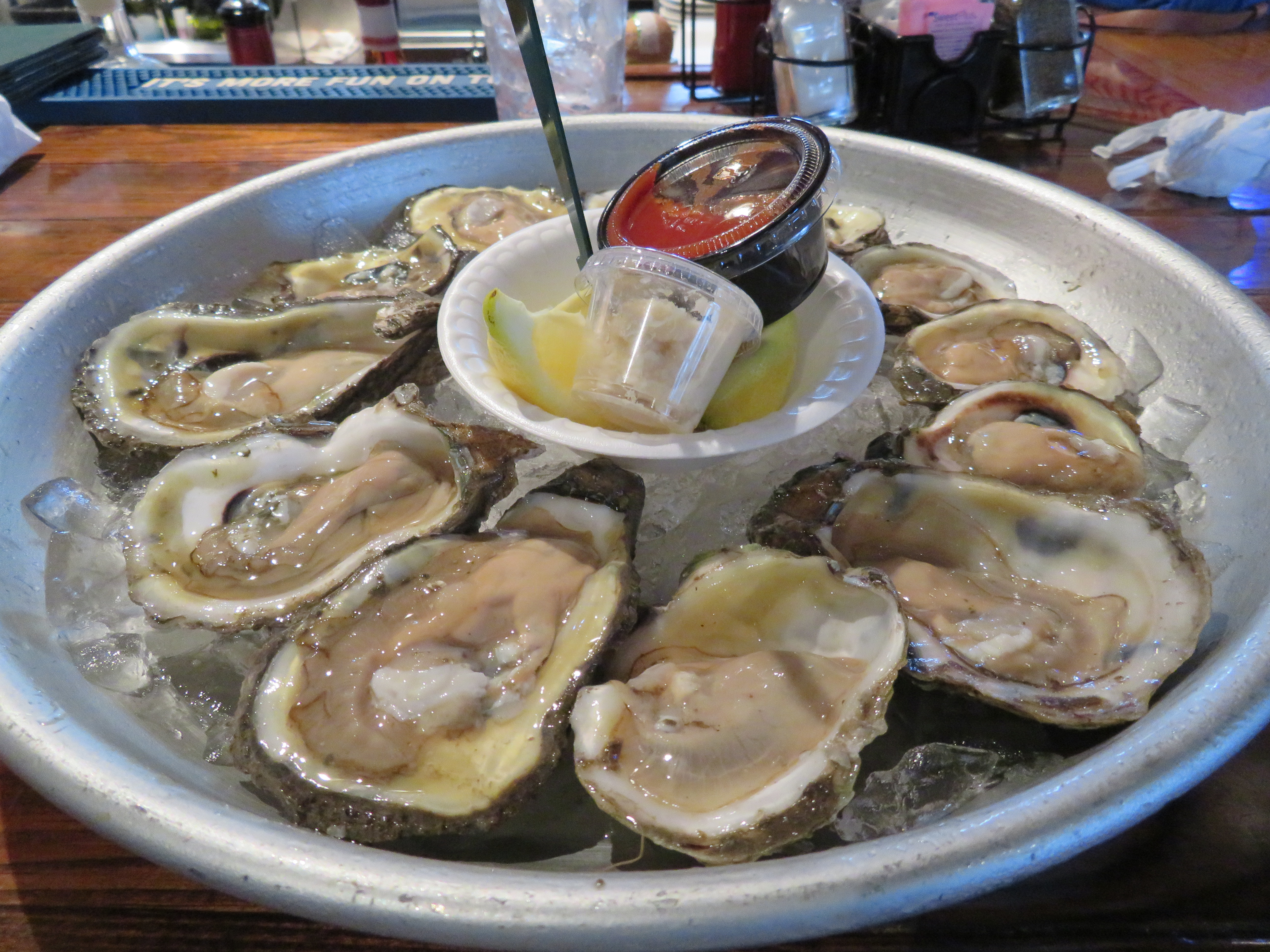 Only known in the South, Wintzell’s is where you hear people say, “Well, I knew your daddy back when he was your age.” The place was crammed with locals taking it easy on their long lunch break. I made myself comfortable and enjoyed the half-off oyster special and made use of the house Tabasco sauces for a little kick. As I licked my fingers, my stomach growled in approval that I had made a good choice, and I was soon ready to continue my tour of the area. 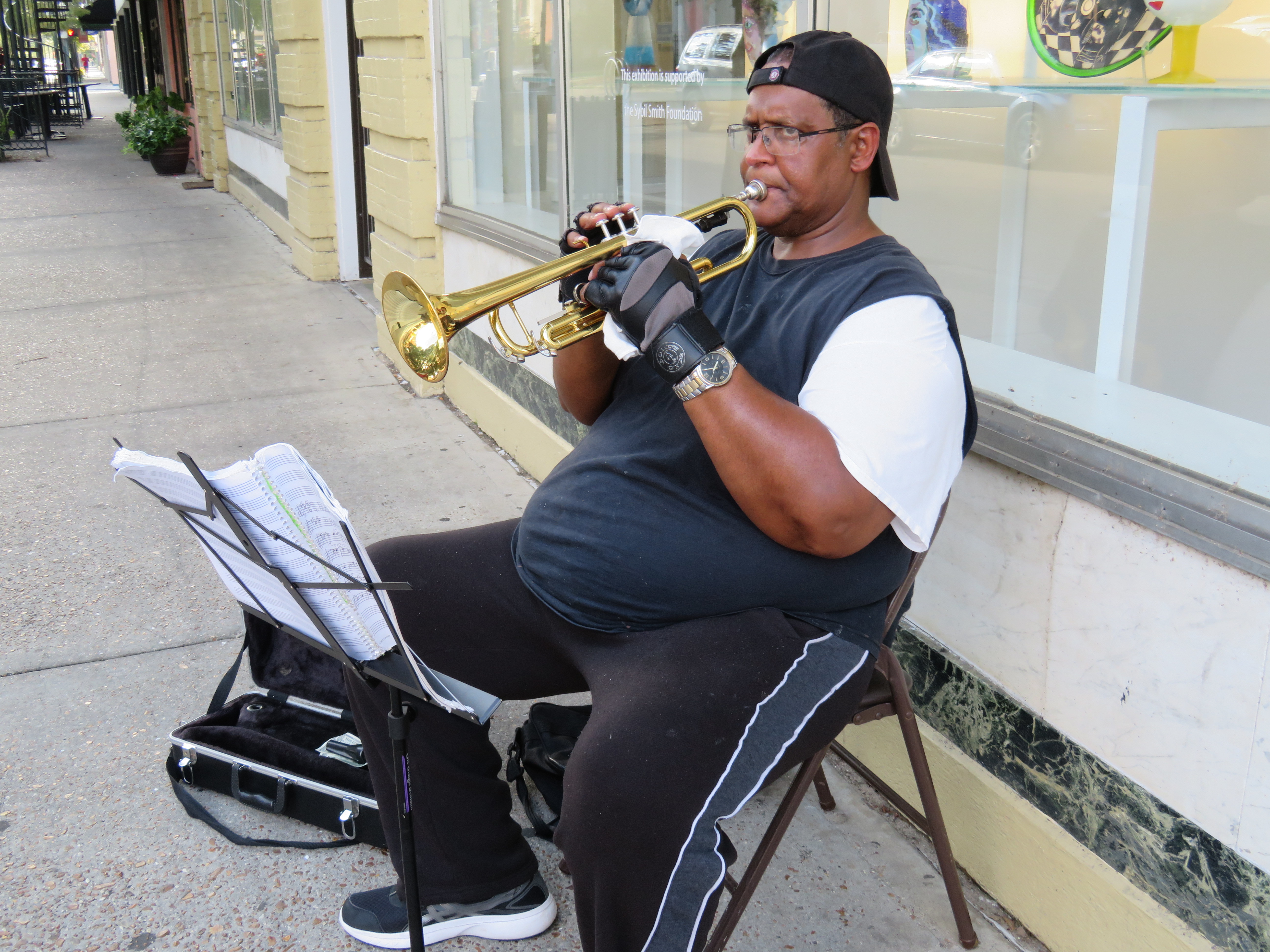 As I walked down Dauphin Street taking a survey of the night clubs and restaurants that were yet to open, a crowd in the distance drew my attention and the startup of a PA system brought me closer. As live music poured into the streets from Cathedral Square, I watched as families and friends danced as R&B/soul and jazz standards transitioned the late afternoon into evening. It was at that moment that I decided that history could wait until tomorrow. 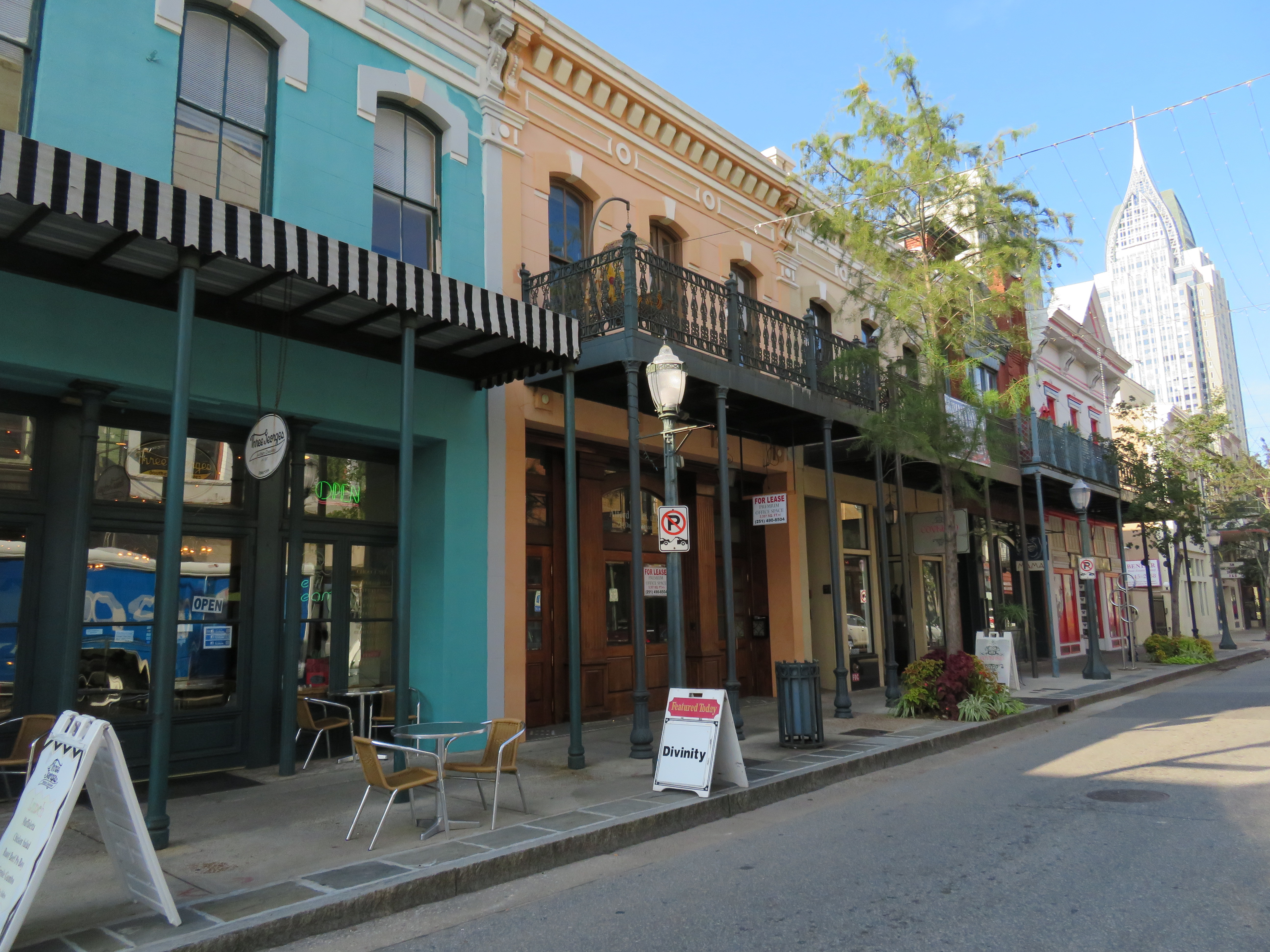 Dauphin Street is the entertainment area of this small city. It can be compared to Bourbon Street in New Orleans (NOLA) or the main strip in any city or town. It’s where cars line up on a Saturday night to find where that night’s entertainment will come from; where flirting is secondary to laughing and finding a situation that becomes a story that your group ends up laughing about the next day; where people will say, “I hope this doesn’t offend” before unabashedly telling you their opinion. It’s the place of last calls while craft beer bottles and cans form the backdrop for greasy pancakes and burgers after a long night. Luckily, my hotel was only a few blocks away. 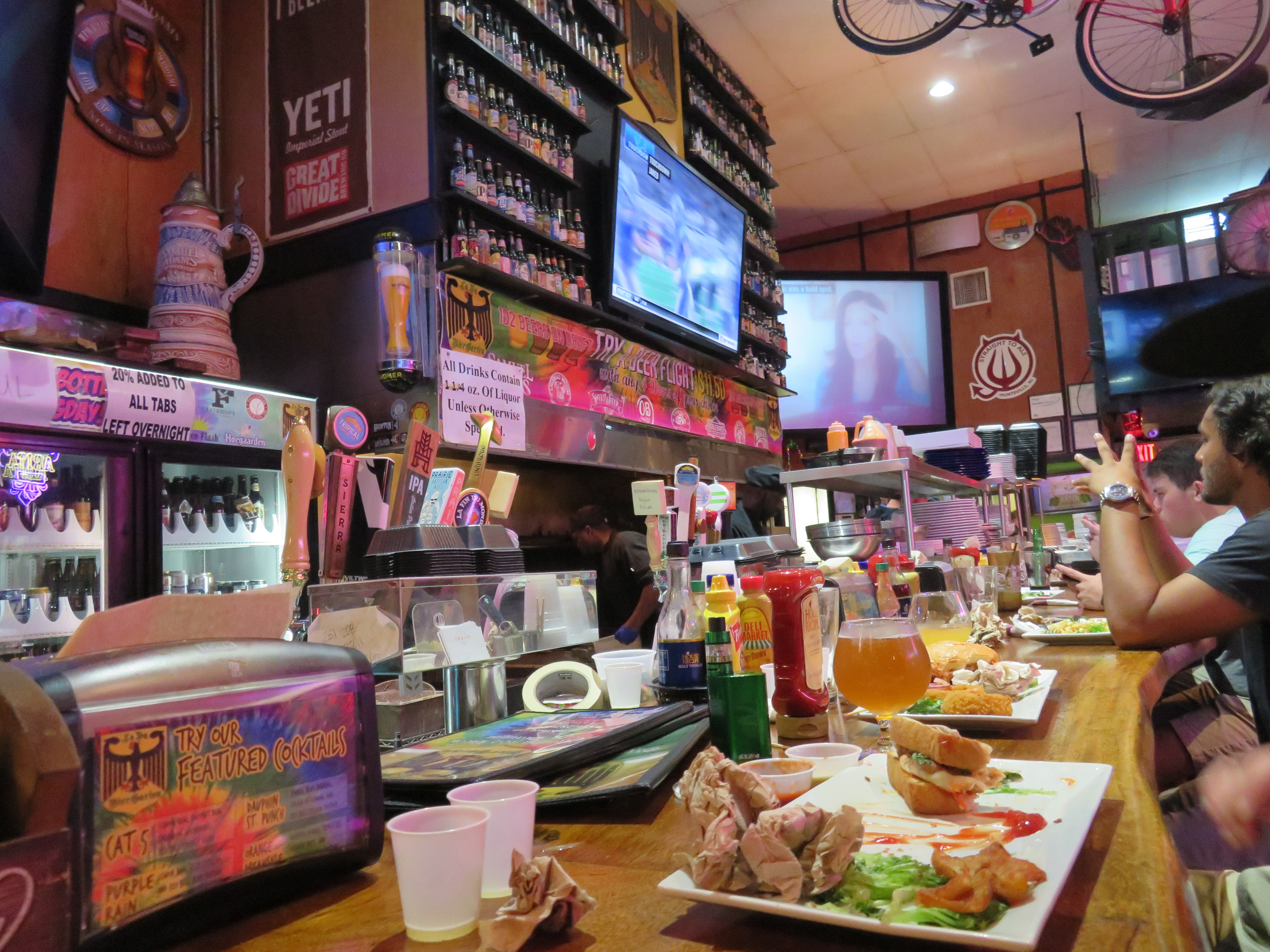 My late night prepared me for my early morning. I anxiously headed to the Mardi Gras museum. The staff was surprised and pleased that I had come to see them. After an introductory video, the tour began. Let me say that if you are in Mobile or remotely interested in the pageantry that makes up Mardi Gras, then please go. The gowns, history, and floats amazed me that so much money had been invested. 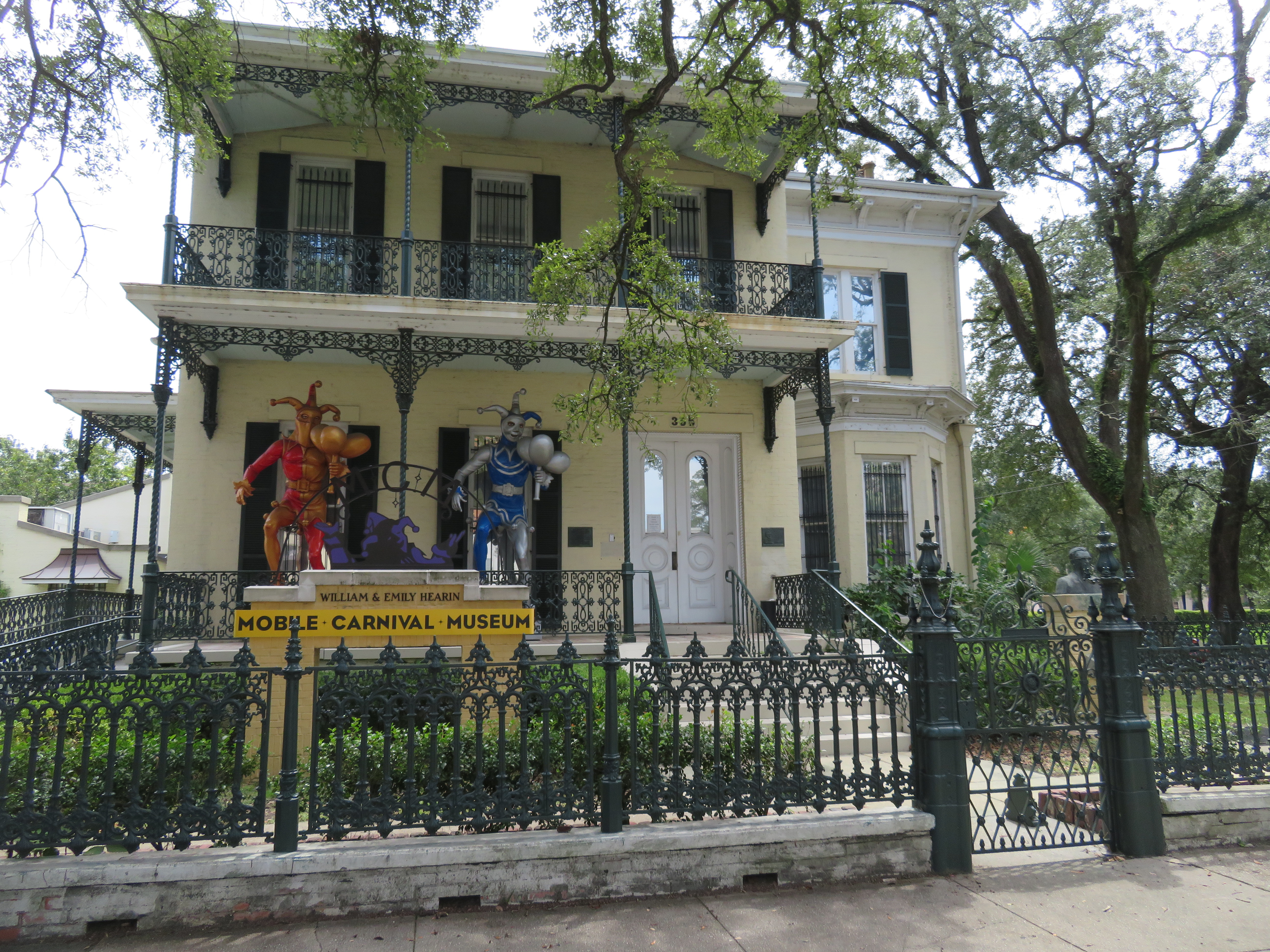 My guide reminded me that keeping tradition was worth it. My questions often get uncensored replies and I have to promise to keep them to myself, so I respect that. Yet, I can share that a celebration that is a division between ethnicities clearly existed and it bothered me as I went through the photos of generations passing the torch of King and Queen from father and son as well from mother to daughter. It showcased that for many decades celebrations where not for all but eventually a separate society was form for people of color so they could add their spin to the tradition. 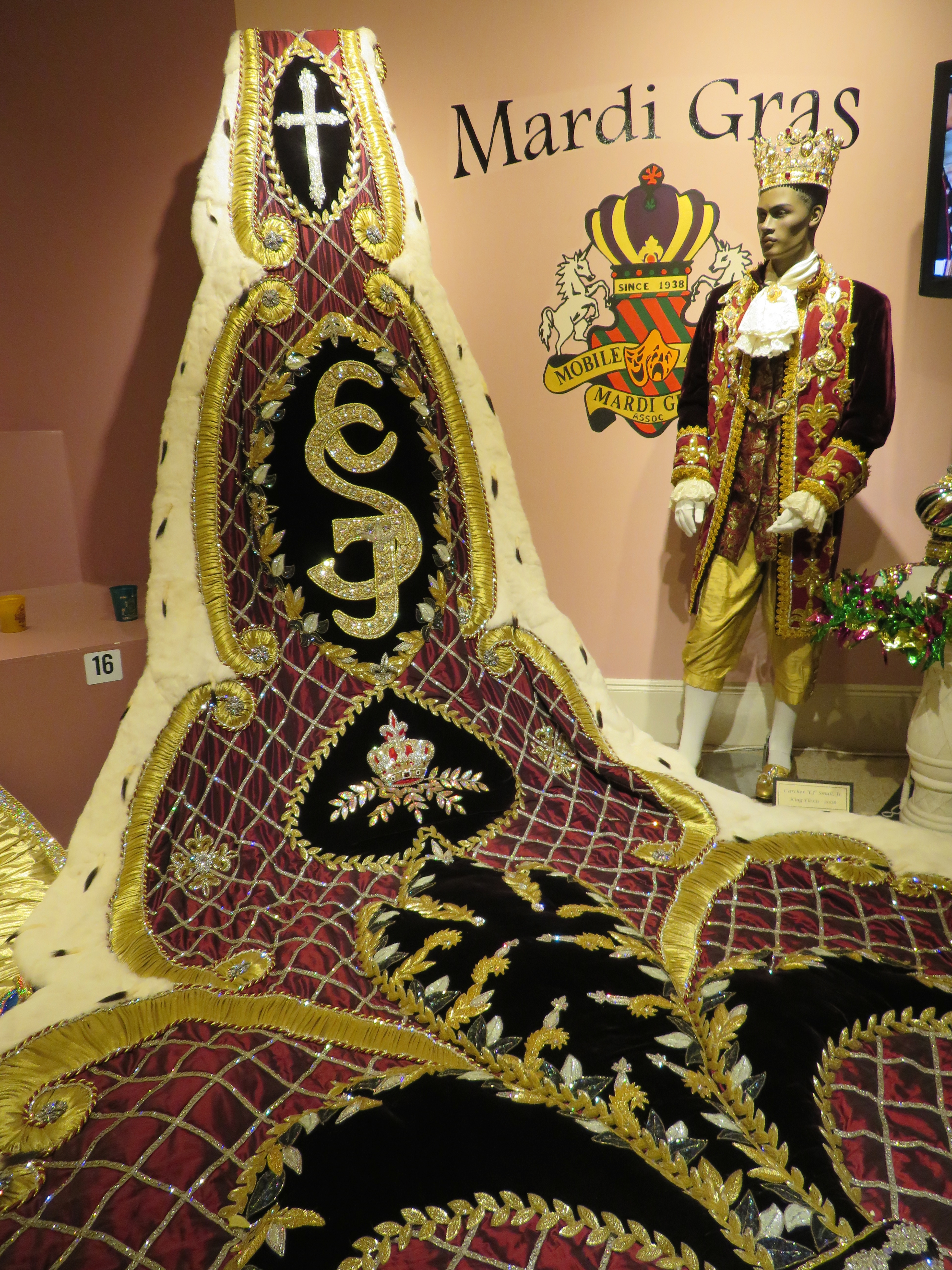 My morning concluded with saying goodbye to everyone as I headed back to Government Street. As always, my searching for information took me off the beaten path to where I explored old cemeteries, buildings, and other places of interest. 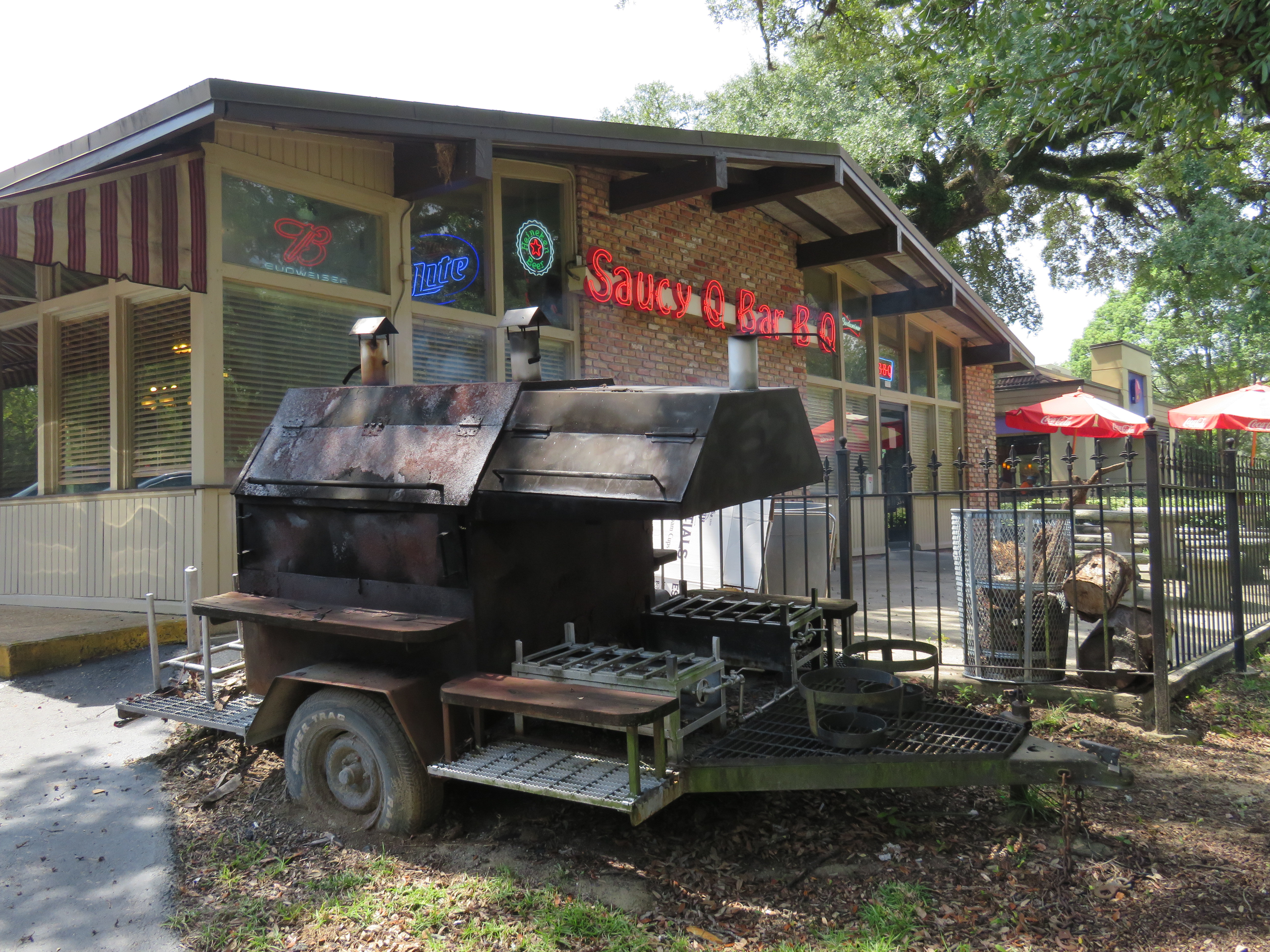 My map became non-sequitur as I wandered past its boundaries. History is never convenient enough to place everything in one centralized area, so I kept walking. As I walked into the Oakleigh District, I caught a whiff of something delicious and it was at that point I found myself at Saucy Q Bar B Que. After sitting at the bar and realizing I had to wait in line to order and then take a seat, I ordered the Knuckle Sandwich.

After seating myself, I heard someone calling my name. Turning around, I saw some of the staff from the Mardi Gras museum waving and saying “hello” and sharing my tale of coming to Mobile to learn about Mardi Gras. It was then I felt what I liked about the South: The hospitality, the feeling that going fast was not necessarily best. Perhaps taking it easy was how life should be. 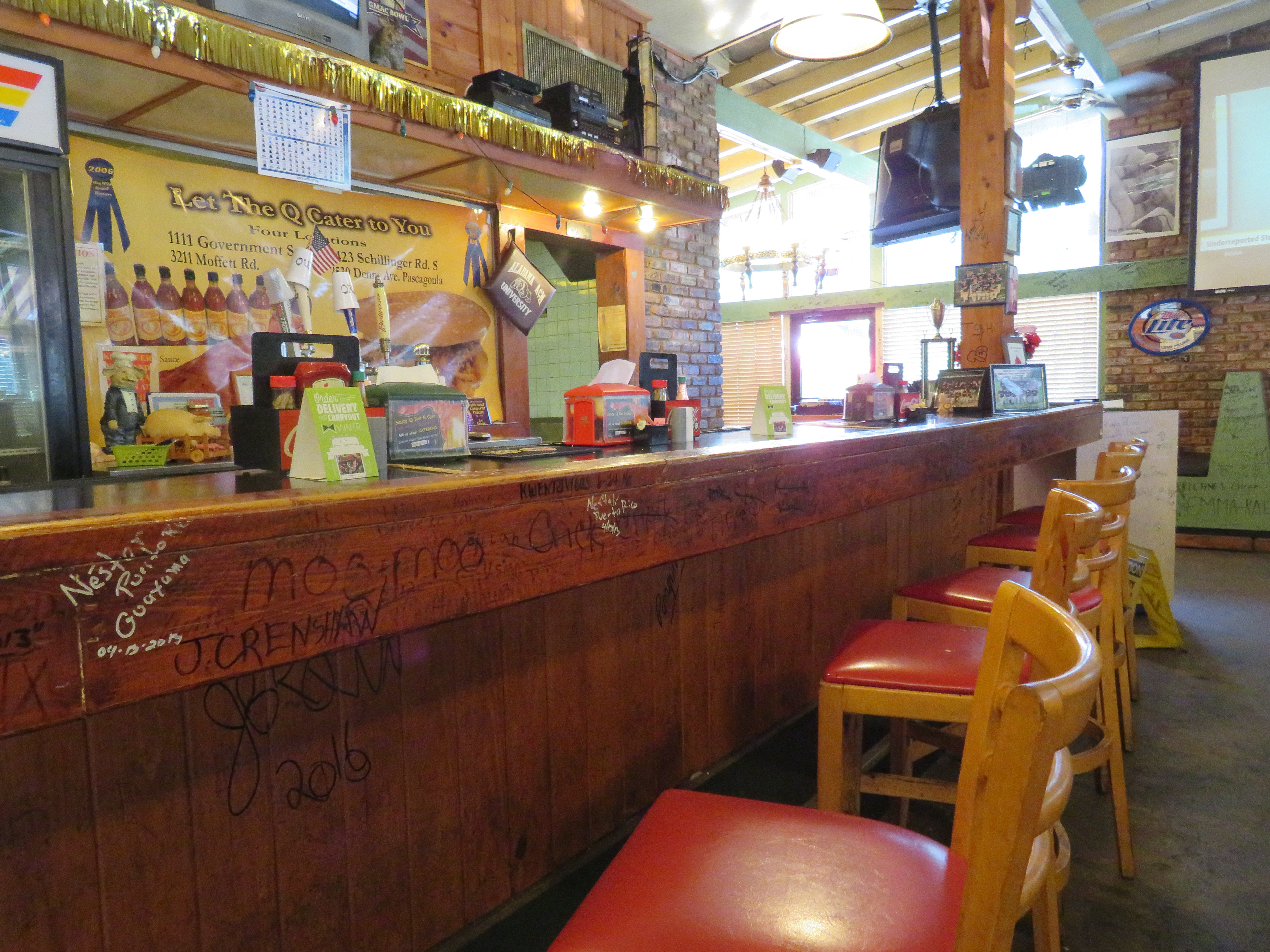 Leaving Saucy’s, I made my way to the Oakleigh House Museum. I stared at it: beautiful, elegant, and simple. The whole neighborhood enthralled me. The people sat on their porches enjoying the breeze on that afternoon and this made me smile.

Then it hit me. 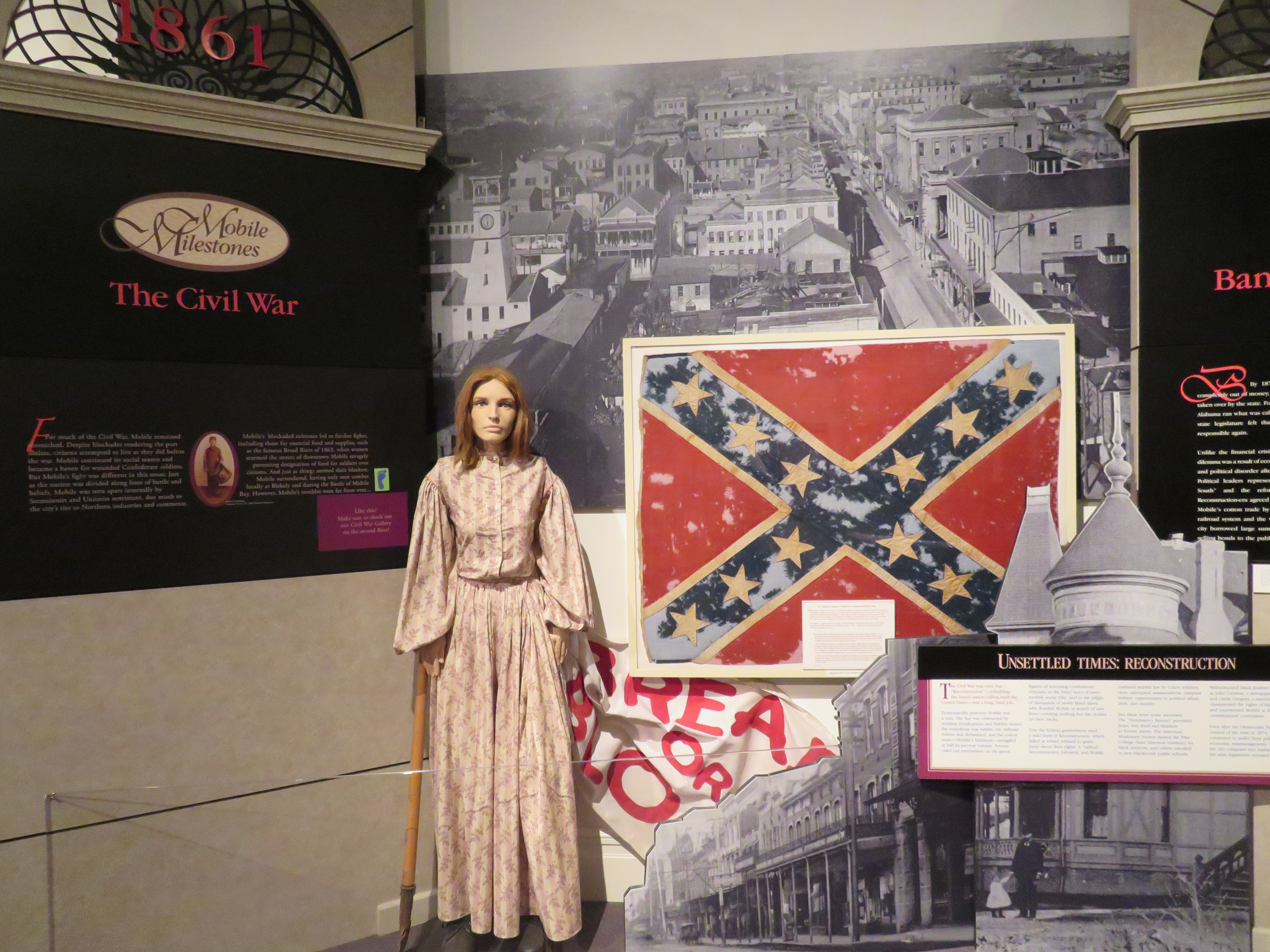 I’ve always felt lucky that I could see the past alongside the present. No, I am not clairvoyant, I just have a good imagination. I stared at the past, taking in all the pictures and books I’ve read. I could see the current museum being used by Cotton Barons. My imagination brought me to what it was like prior and during the Civil War Reconstruction and the years to today. I wandered the neighborhoods where beautiful Greek-inspired homes with lamps were turned into cramped quarters. Elegant bars and hangouts were turned into holes in the walls hidden behind landmarks that are too far for most tourists to venture to unless on a driven tour. 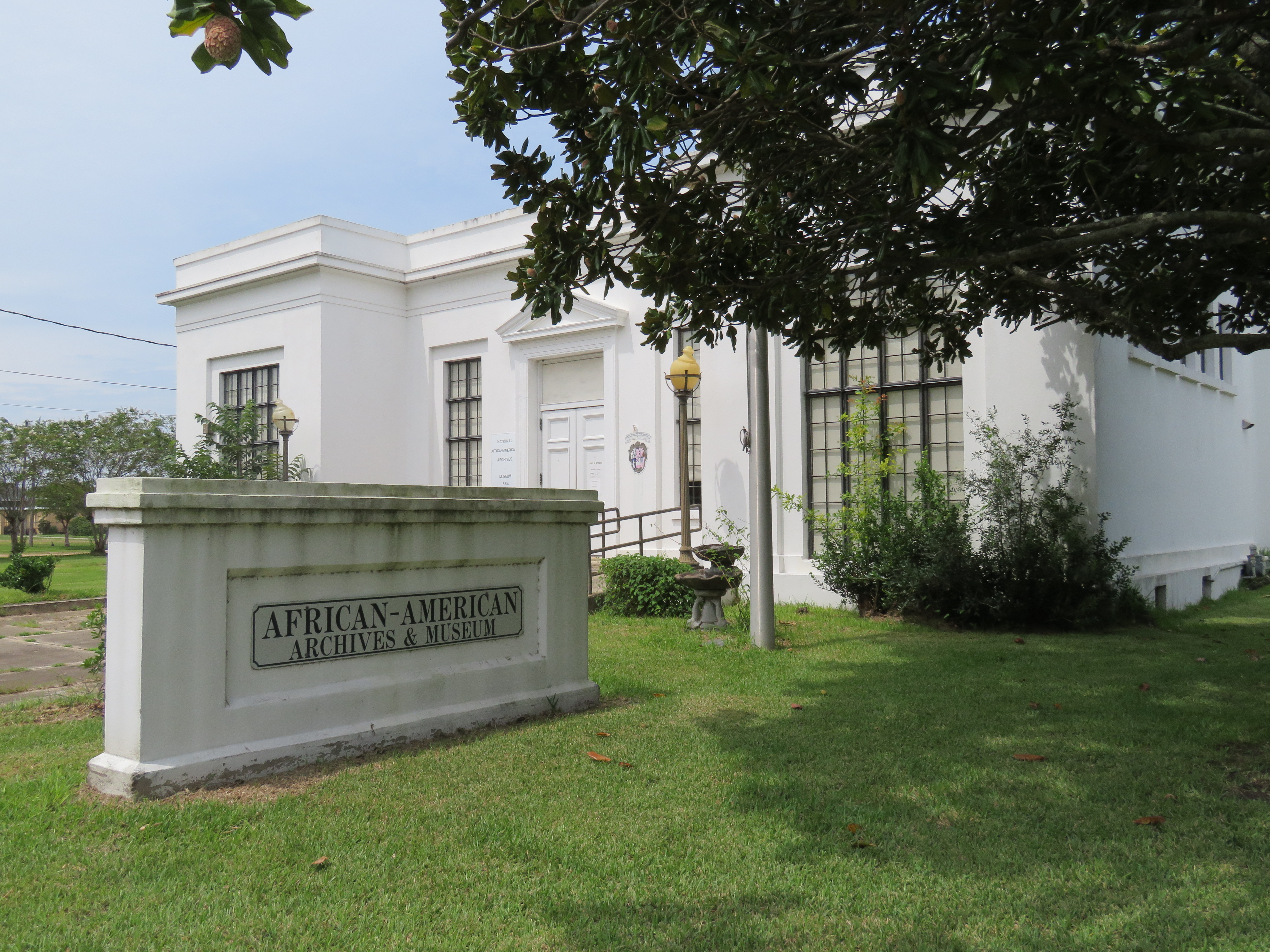 I returned to Wintzell’s. After only a day and a half, it felt like it was my hangout. The same bartender, the same faces mixed with a few other tourists, and the same delicious oysters. I enjoyed an early dinner promising that I would be back on Dauphin Street that night. I wanted to say good-bye since it was my last day. 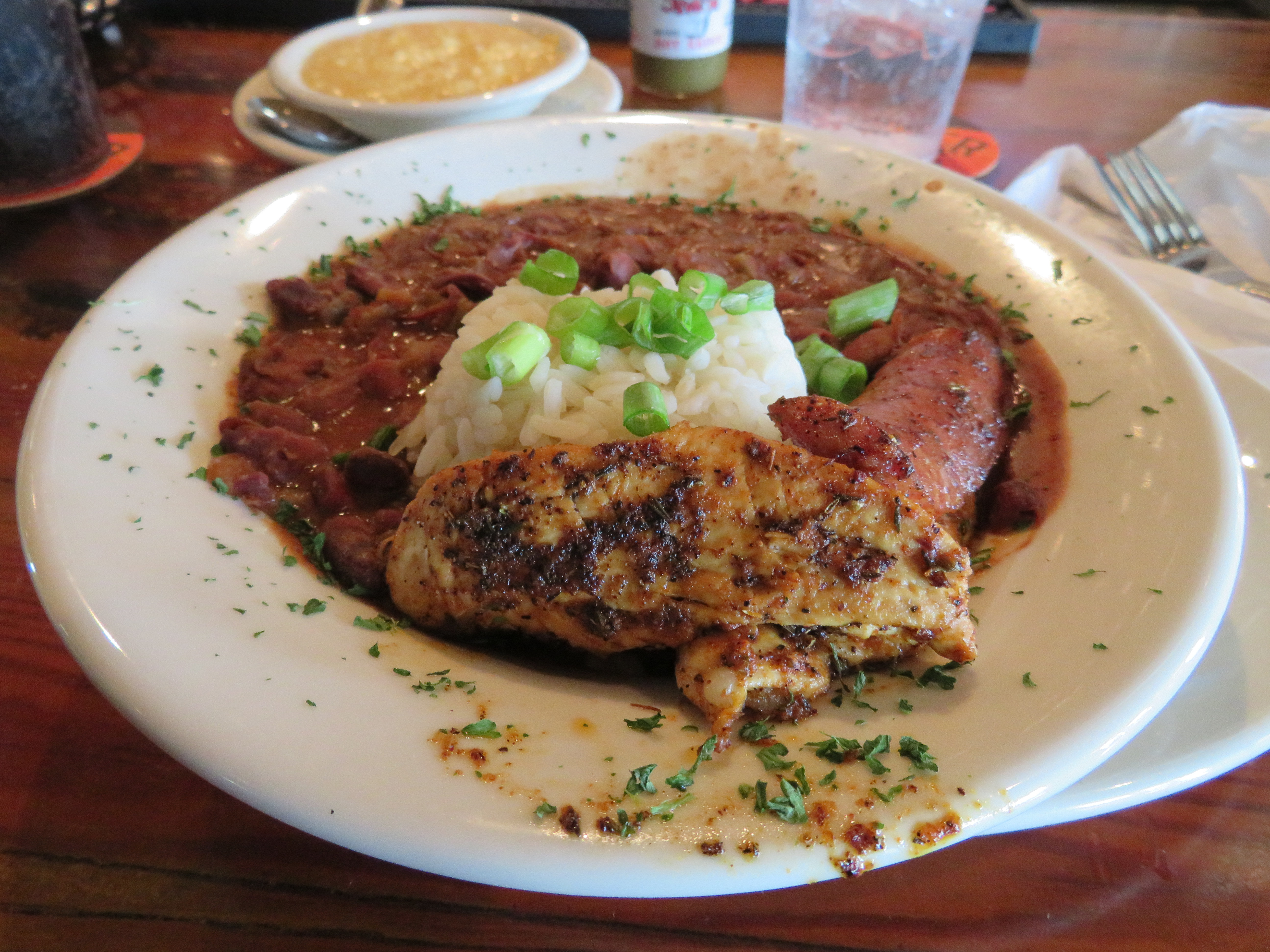 That night, I roamed Dauphin and watched people. I noticed private meeting clubs and emblems of those secret societies hidden in gates and doorways. I smiled finally heading down a side street to my hotel. There was more to learn but it would have to wait for another time or trip. 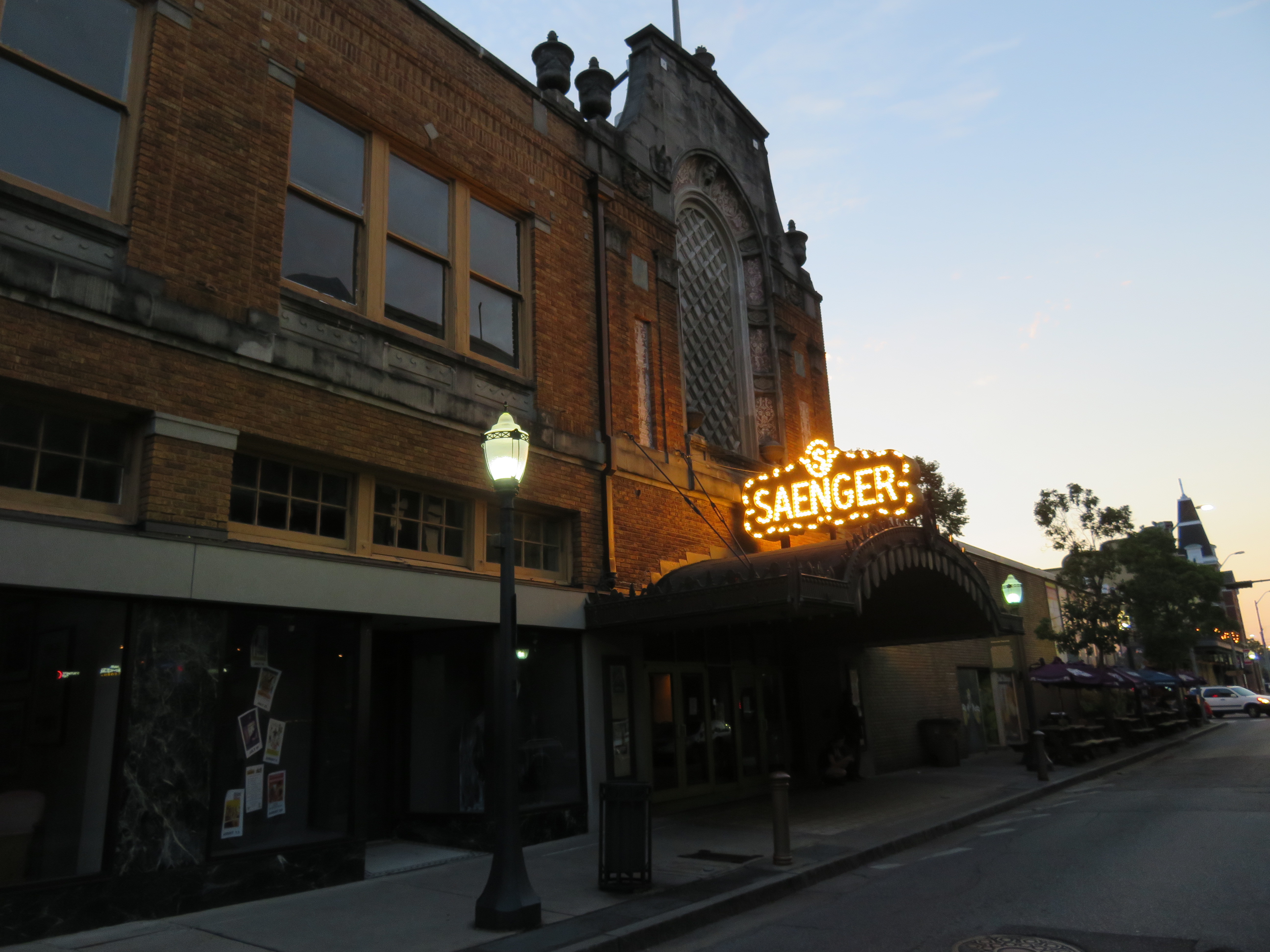 Can I admit something to you all? I’ve always had a fascination with the South. As a Northerner, the lifestyle and atmosphere are so different and enjoyable to be around. It is a breath of fresh air and a respite from the hustle and bustle. I savored that feeling as I packed and received my late-night call from my cabbie.

The skyline was behind us we drove towards the airport. Silence eventually gave way to a single question, “Did you enjoy Mobile?” It was difficult to express what I felt and in writing this post I hope that I did express that, “Yes, I enjoyed it here.”

My driver and I both smiled. 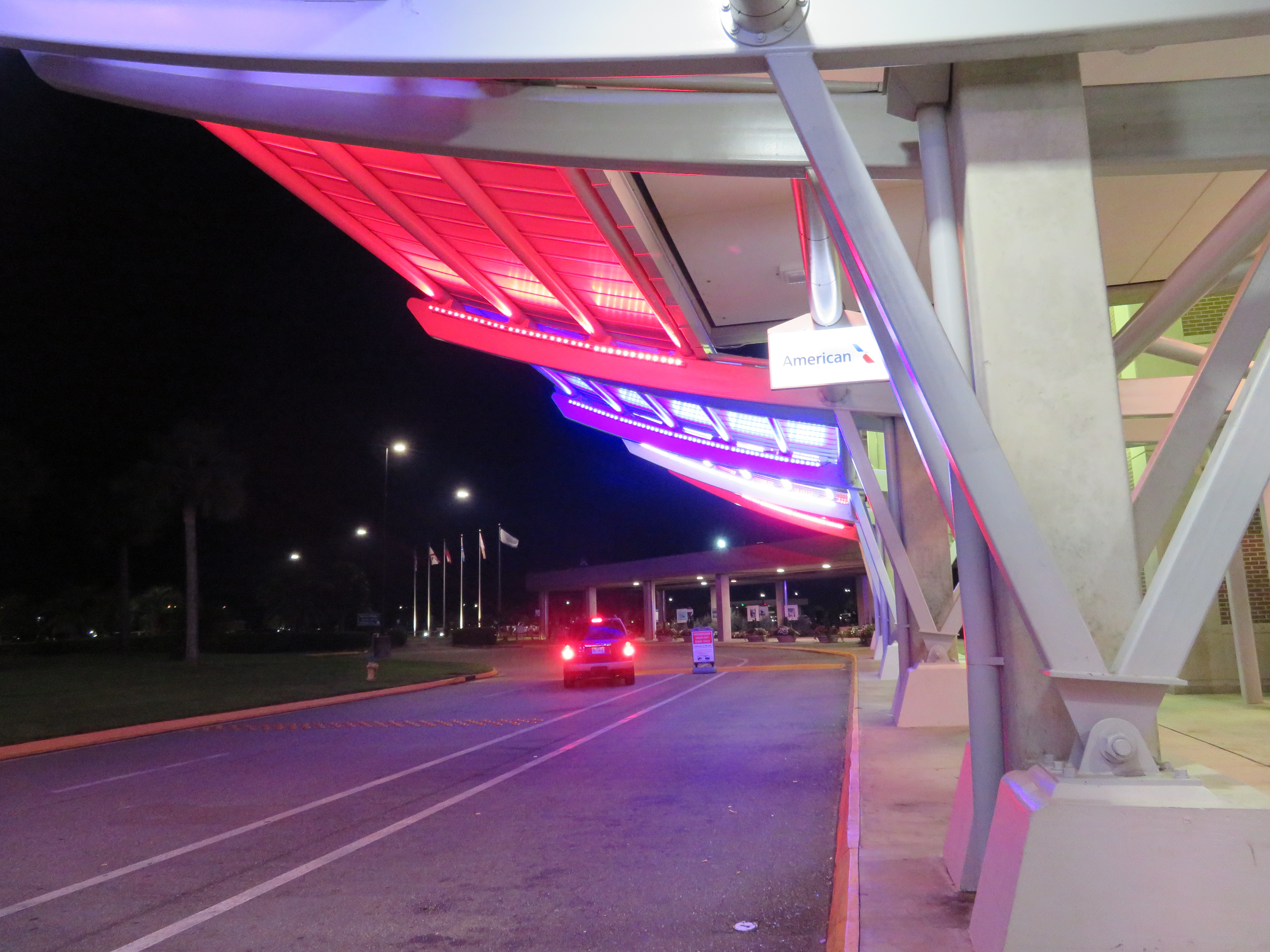 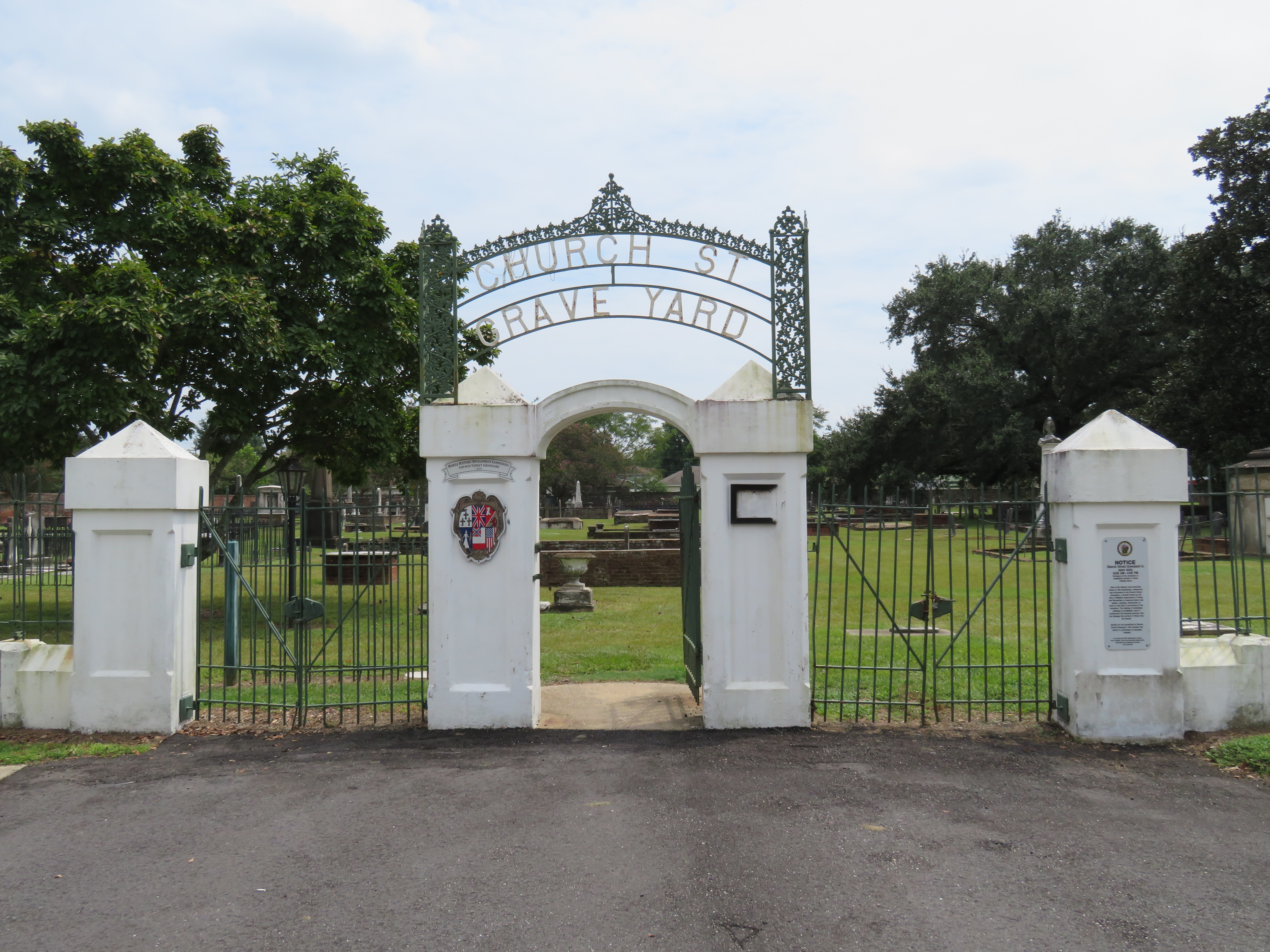 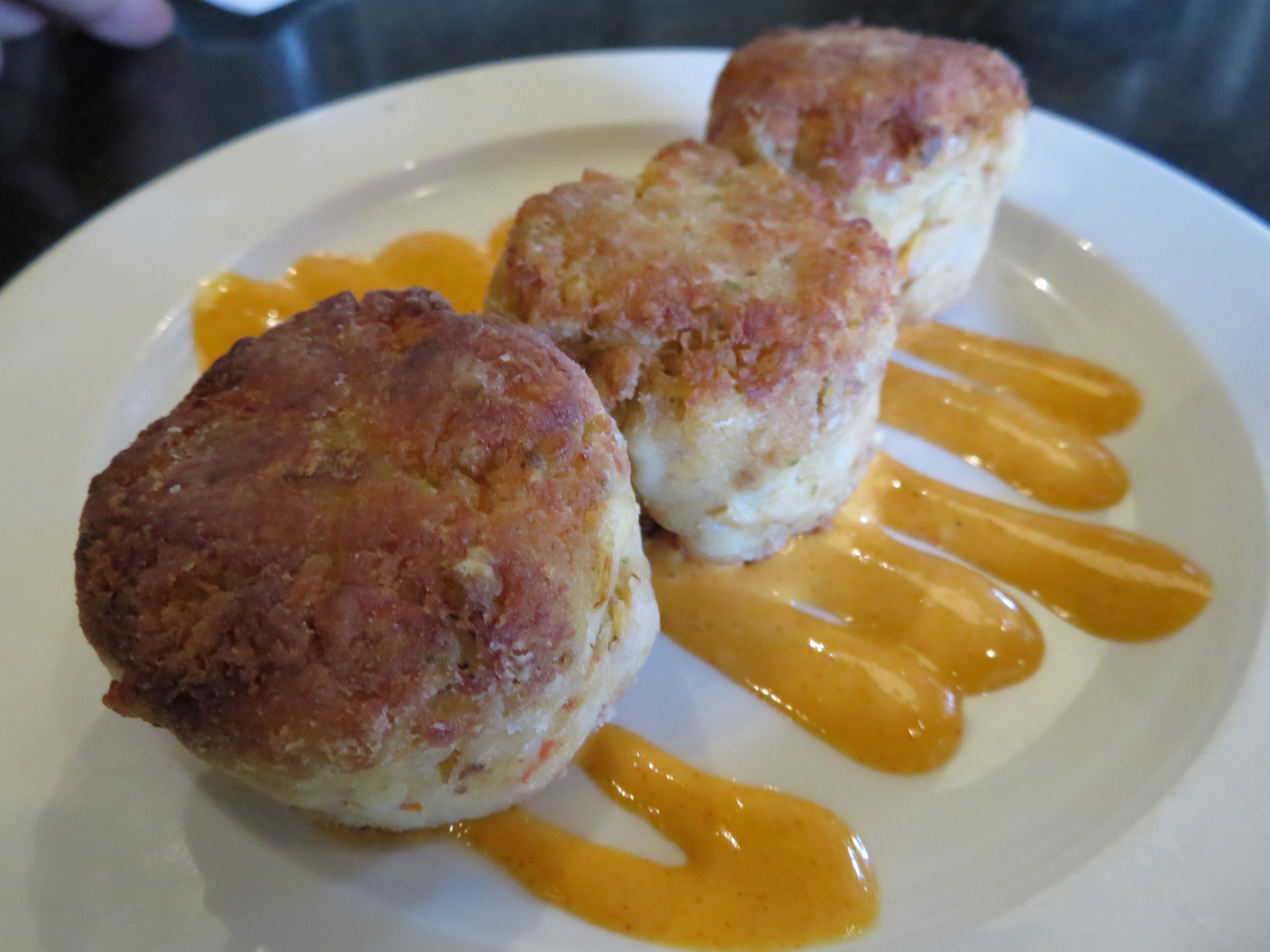 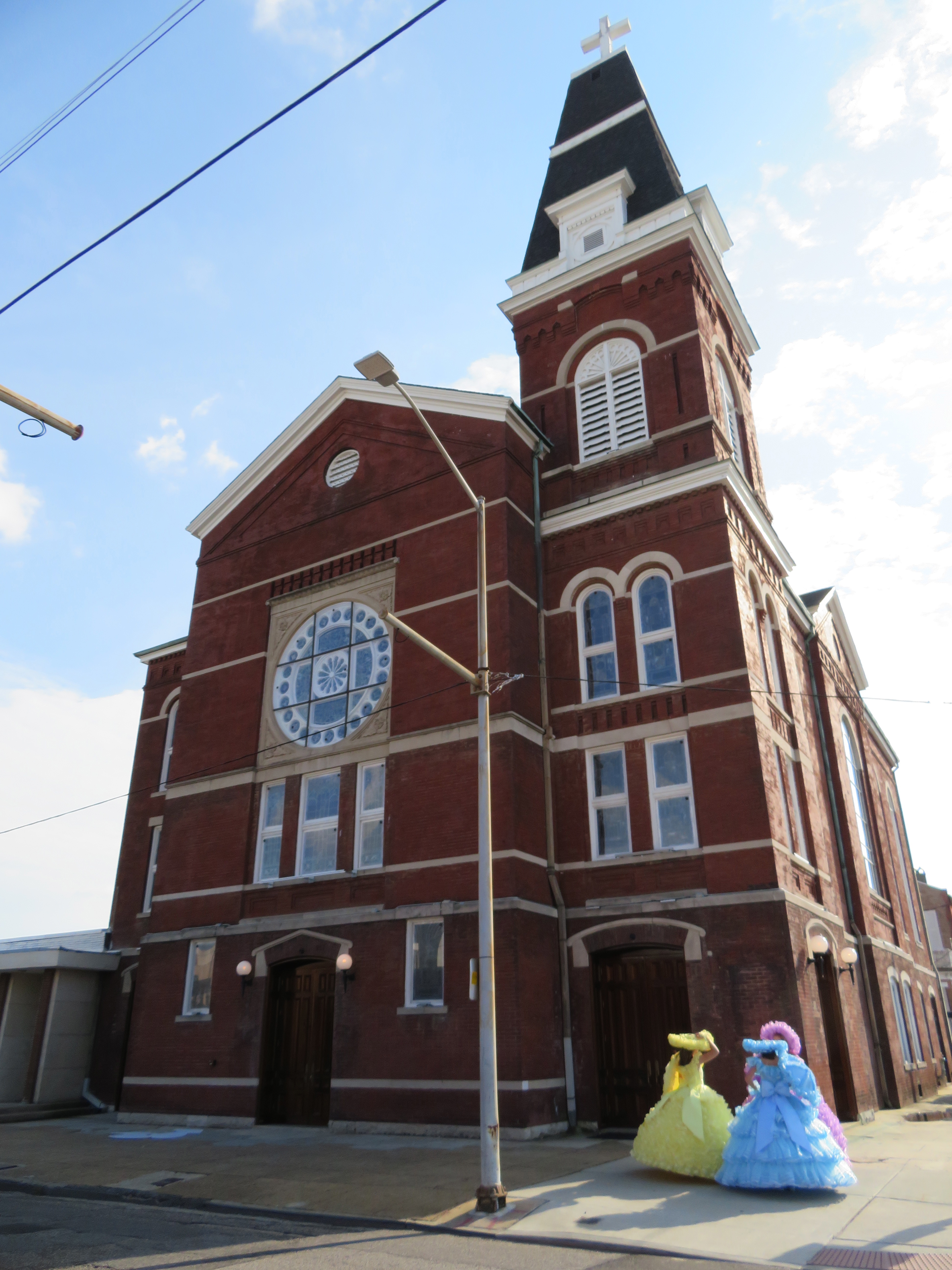 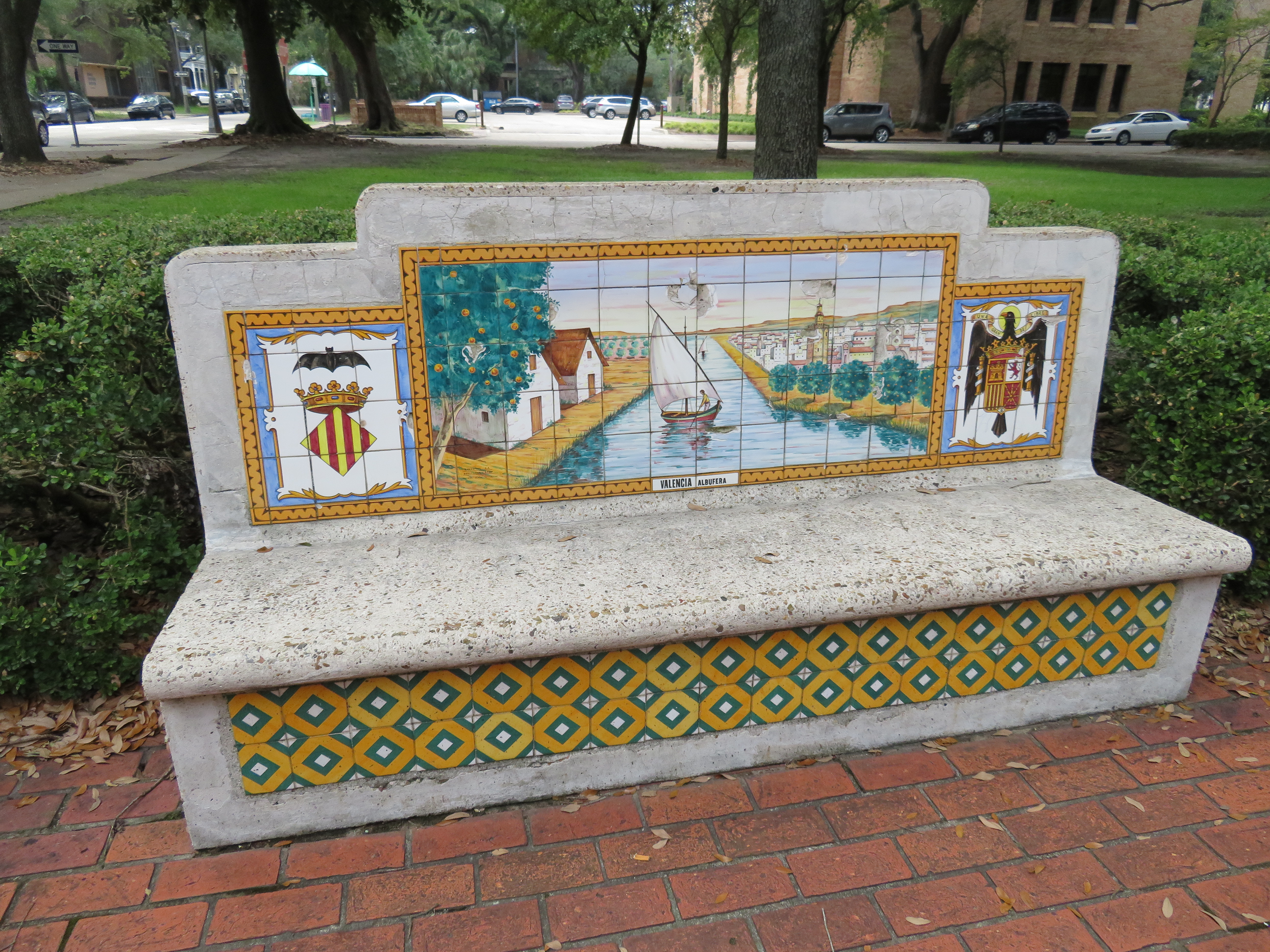 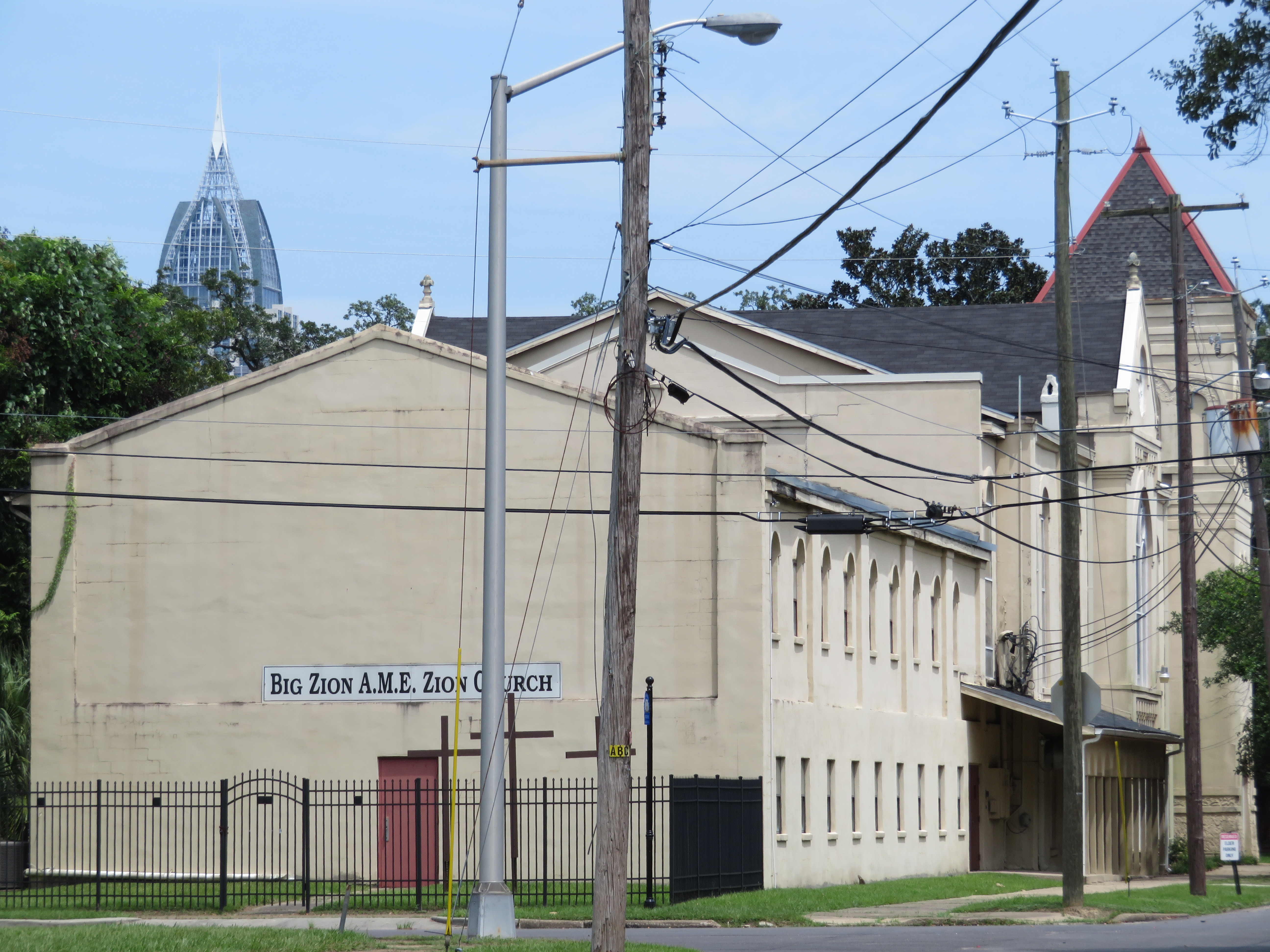 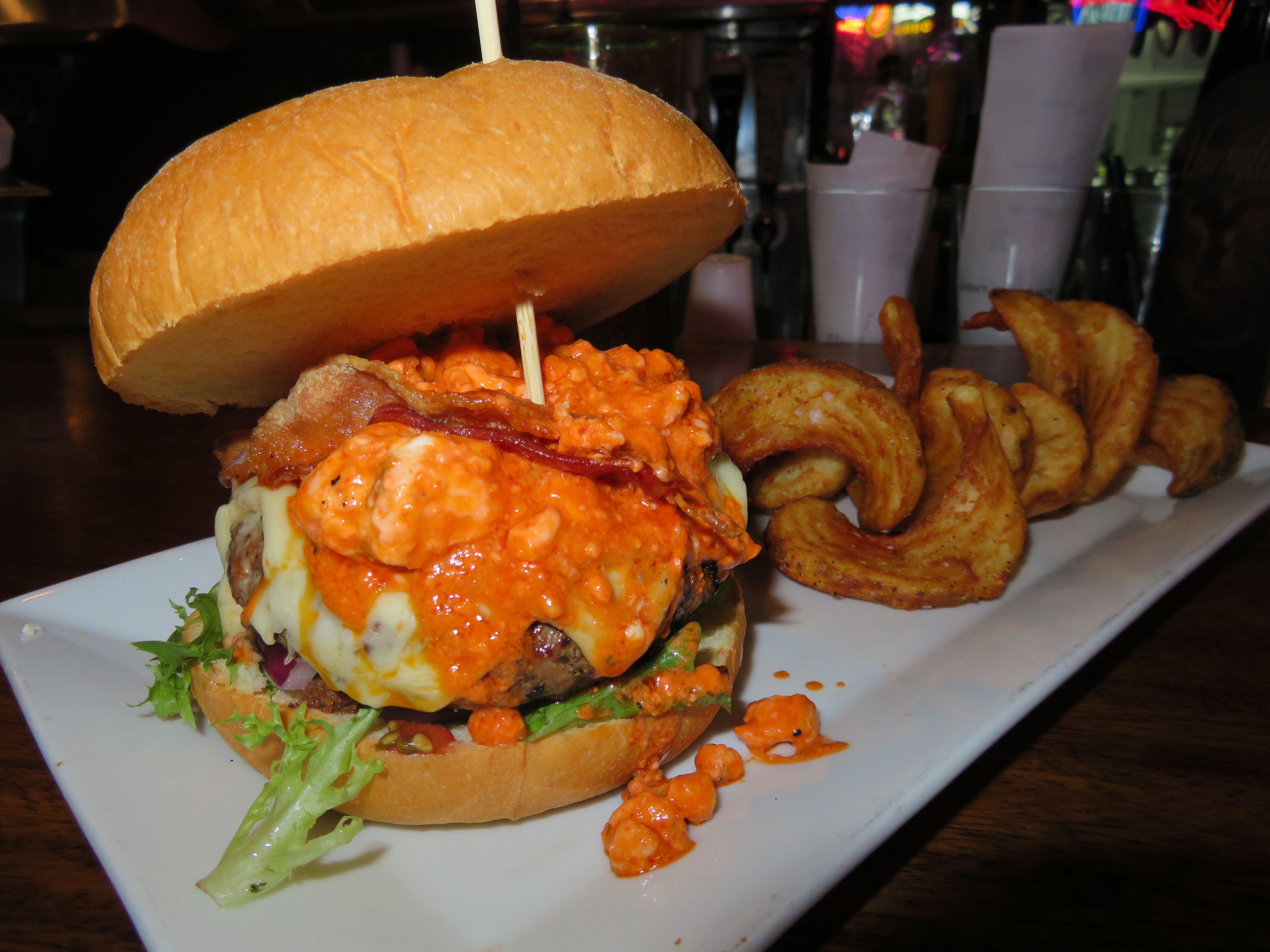 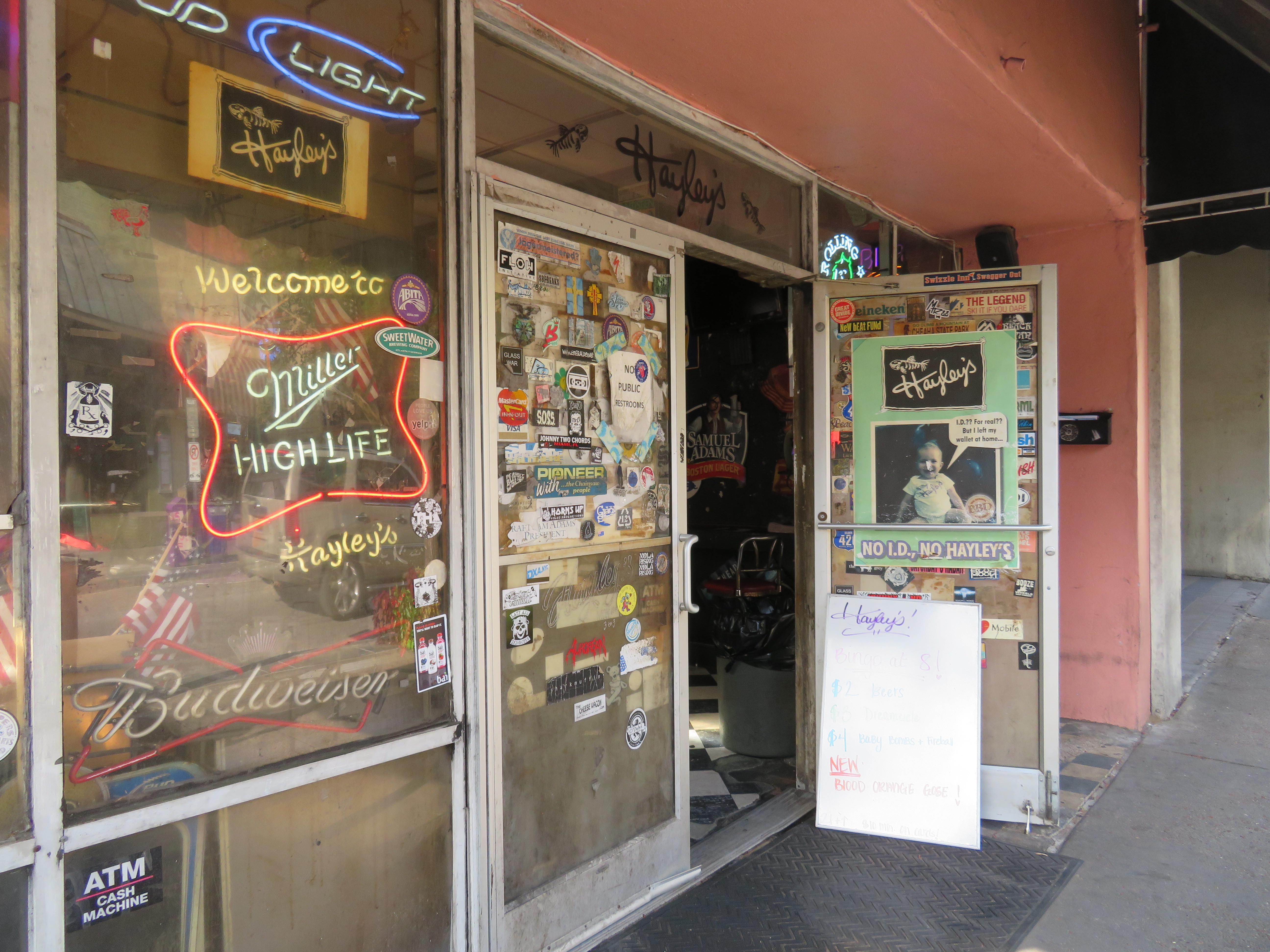 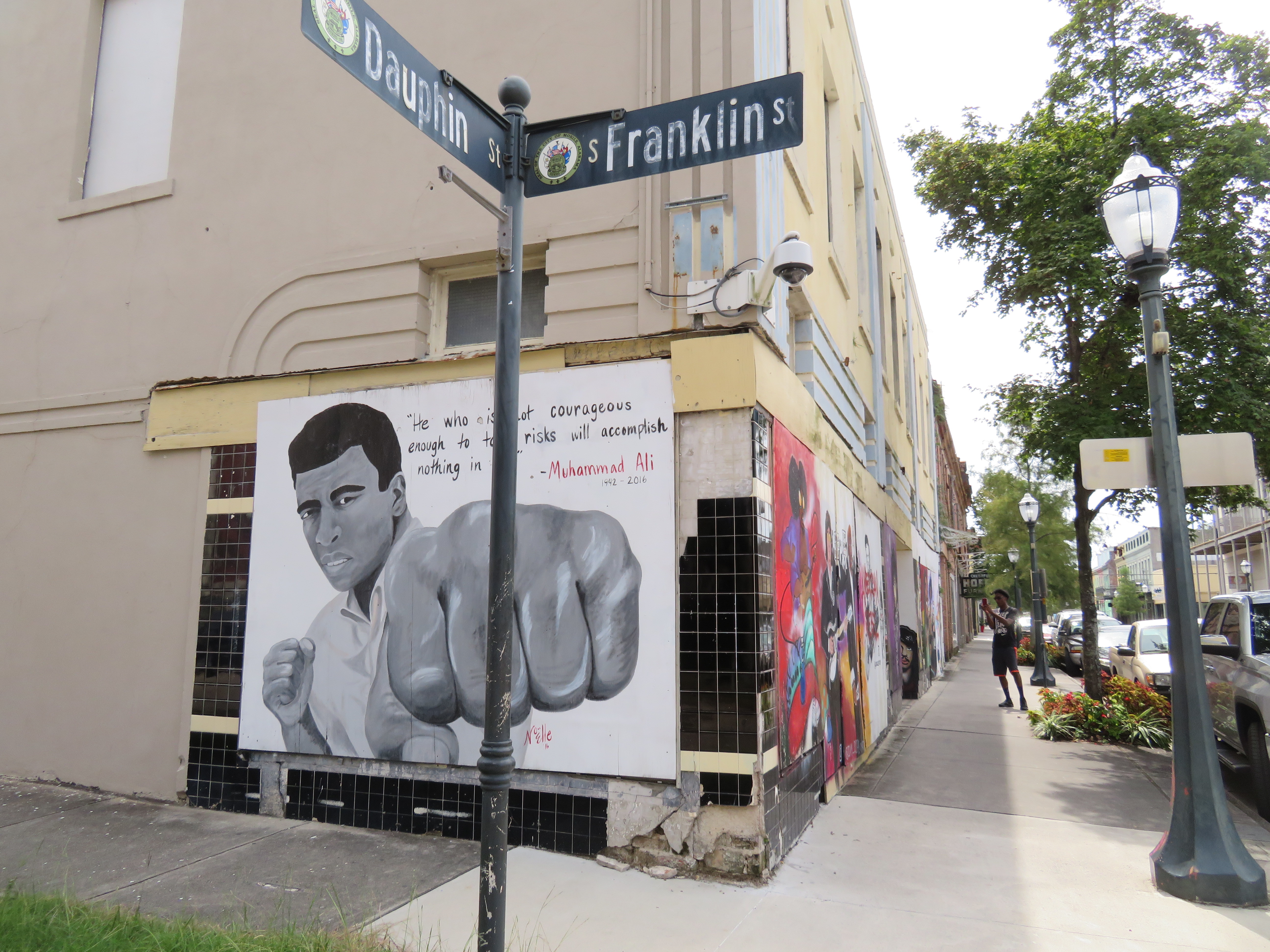 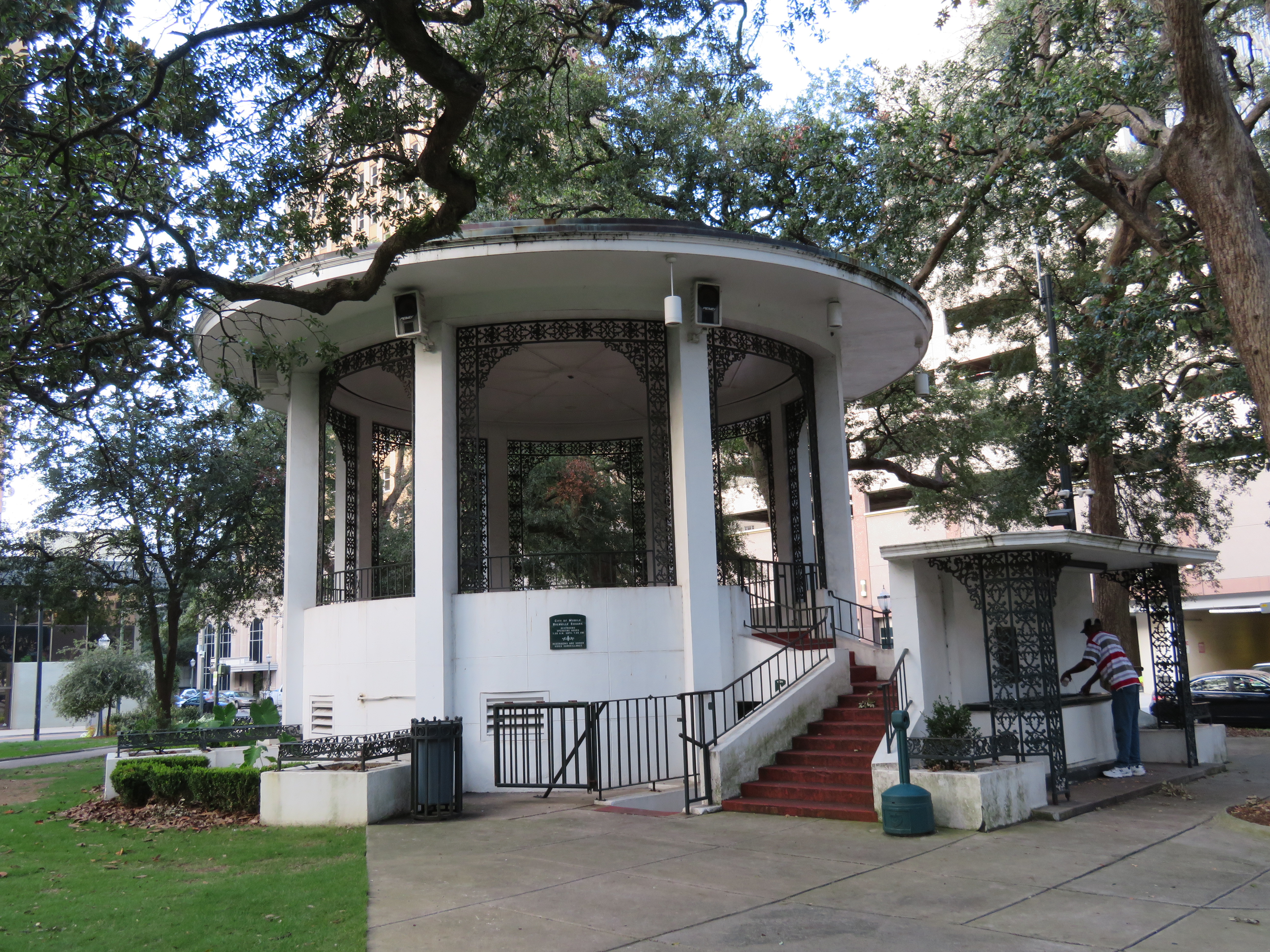 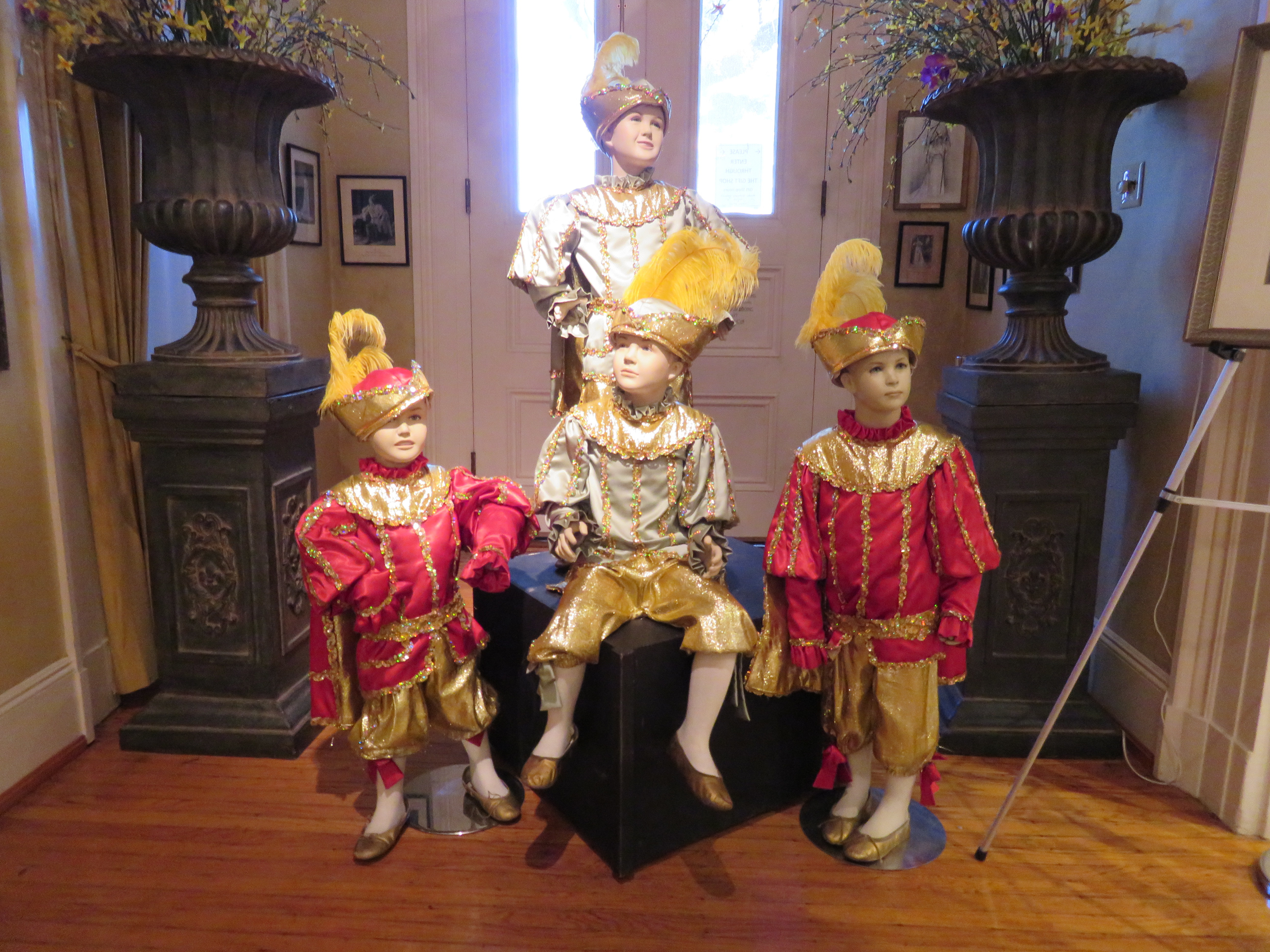