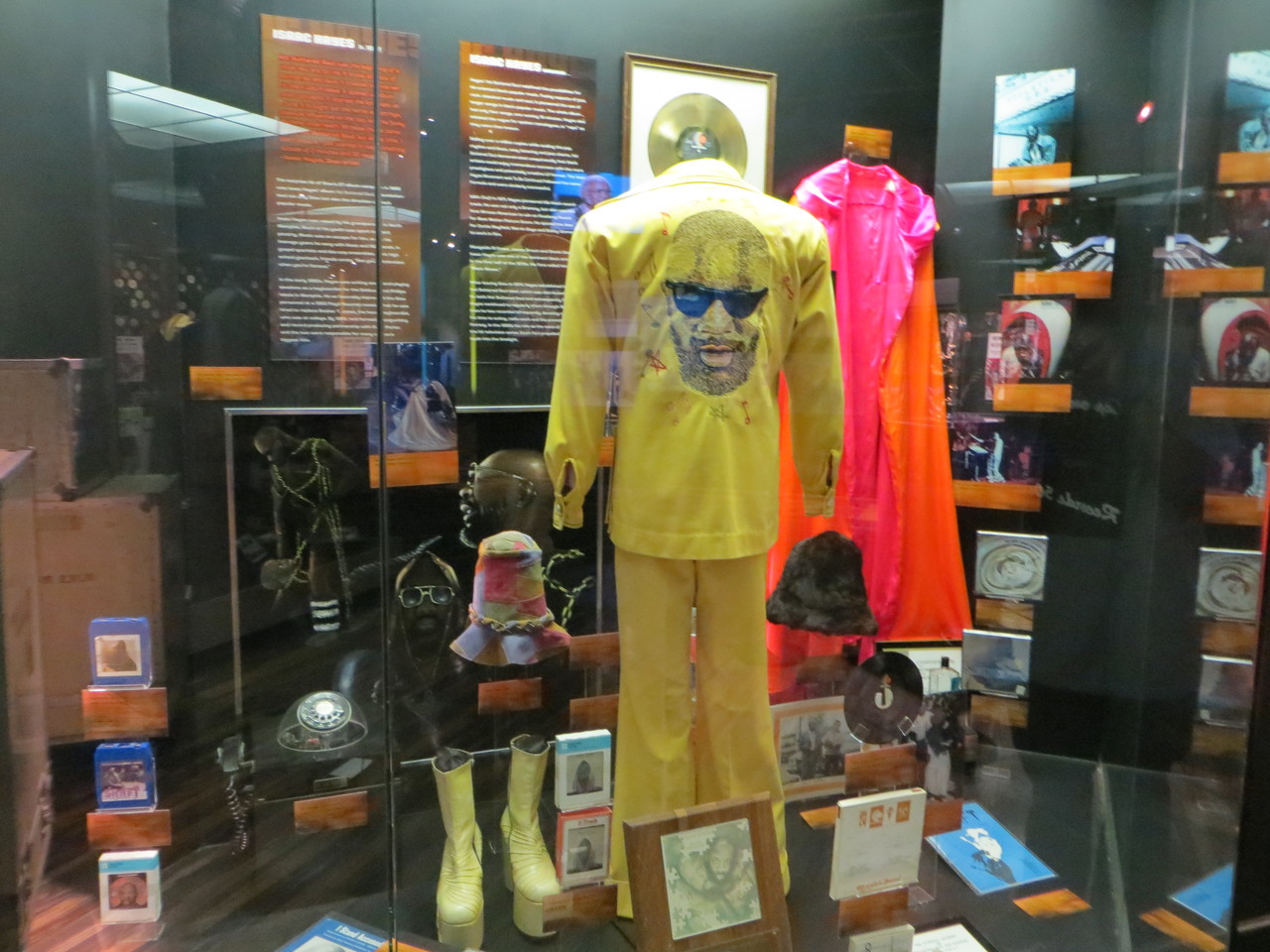 Can I be absolutely honest with all of you? Prior to a long layover in Memphis International (MNM) Airport, I never had the urge to visit this city. During that 90-minute wait, however, my curiosity was piqued. Somewhere between Corky's BBQ and the homage to music, a little voice that has urged me to travel called out to me. YOU MUST COME BACK! So I kept it in the back of my mind to learn what makes Memphis a place worth visiting.

It took me about a year to satiate my inquisitiveness.

My flight went smoothly, and my hotel check-in was swift. Map in hand, I walked to Beale Street and then it hit me: the blues. The rhythm was in time to my own heartbeat. It made me move my feet, and I lurched forward while in tune. At that moment, I was no longer walking, but doing a little two-step. Looking side to side, I noticed I was not alone. 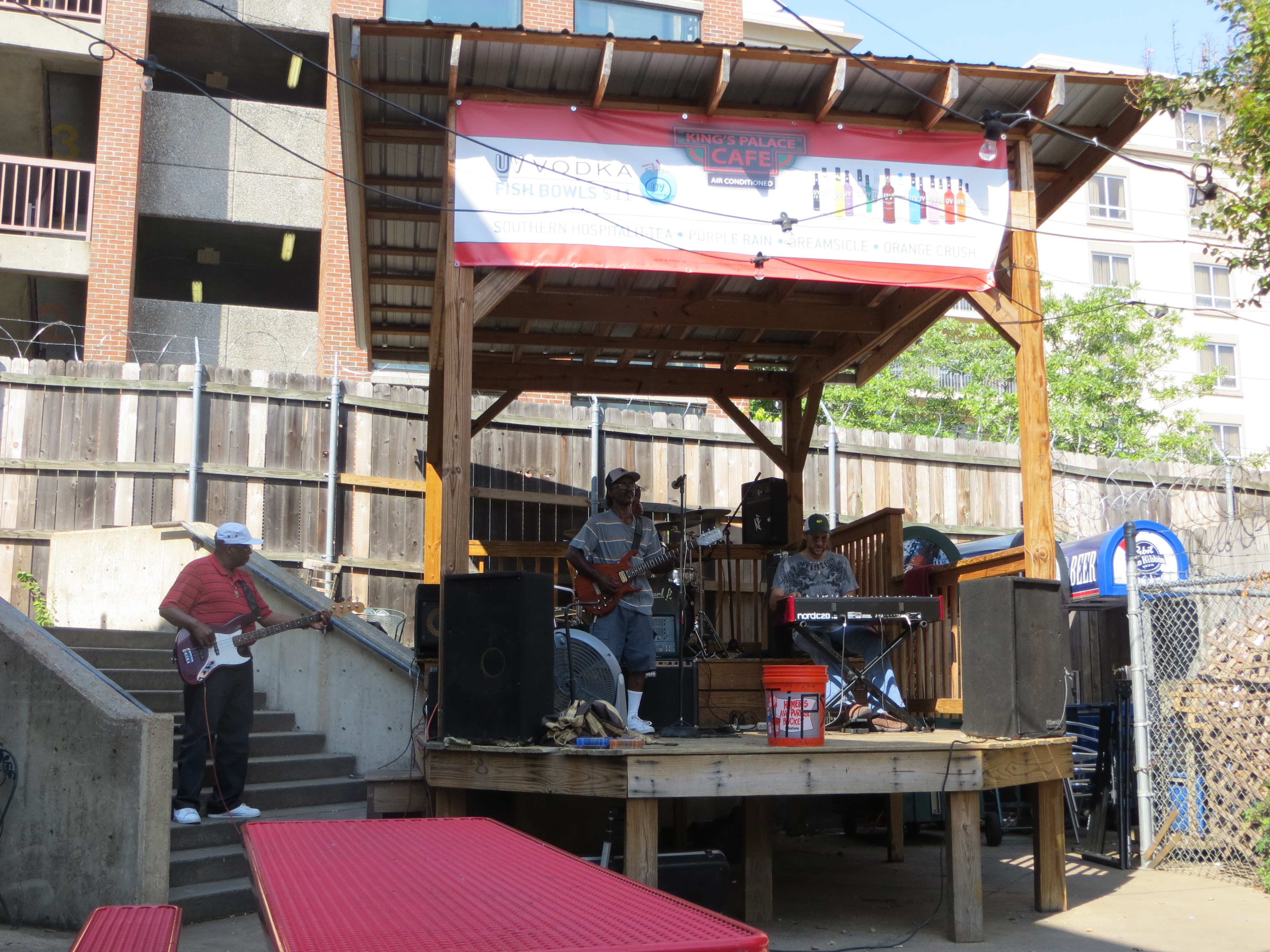 As I moved along, people called out to me, “Good morning, Brother.” “Ah he's feeling it, ain't he?” Everyone was feeling it. An older man with a harmonica in his hands was bobbing his head. A woman in a doorway, was humming along. People are going to work and doing it in stride regardless of if it might make them late or not.

As I approached the courtyard of a beer garden at about 11a.m., I watched as the band got themselves truly ready to play. What I had heard before was simply a mic test. As the technician checked the equipment one last time, I ordered a Heineken and found a place to sit.

Man on the side waiting to sell CDs.

The band is ready to drop it.

and then it happened.

The way Sonny Mac's words hit my ears was like honey as the rhythm of the backup band followed the pain that flowed through the microphone, down the cord, and eventually to the speakers and outward to my ears. As I made myself comfortable, I suddenly felt unable to move while condense formed on my Heineken and soon the afternoon was upon us. 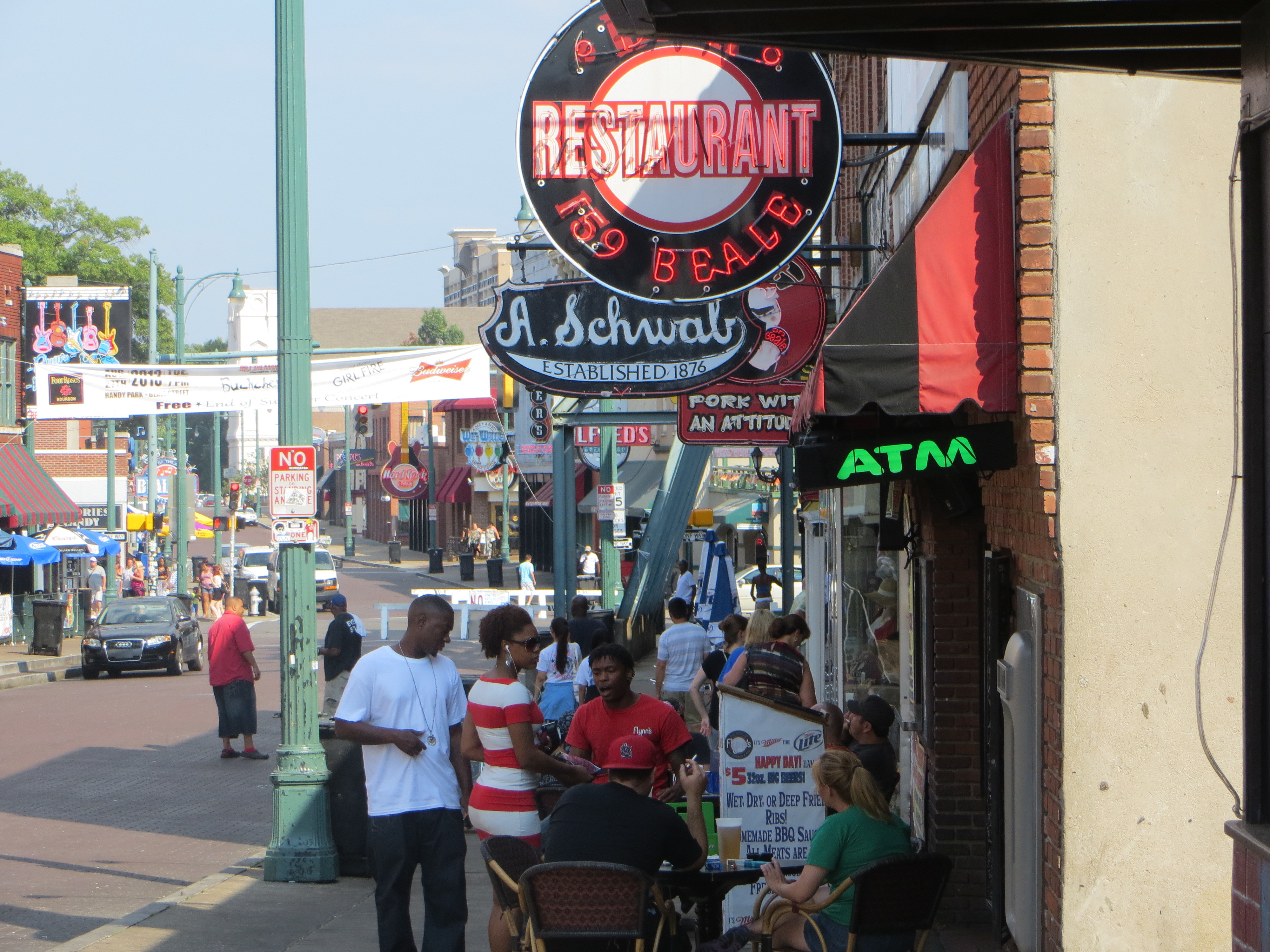 Memphis is often passed over in favor of other destinations. It is not as big as NOLA (New Orleans) and doesn't have the notoriety of Atlanta, but Memphis has southern hospitality seeping from every syllable spoken. From the trolleys to the mom-and-pop stores, someone will greet you like their long-lost cousin on your father's side, twice removed. It's how things are done in the South. To do otherwise would be rude and against their upbringing. 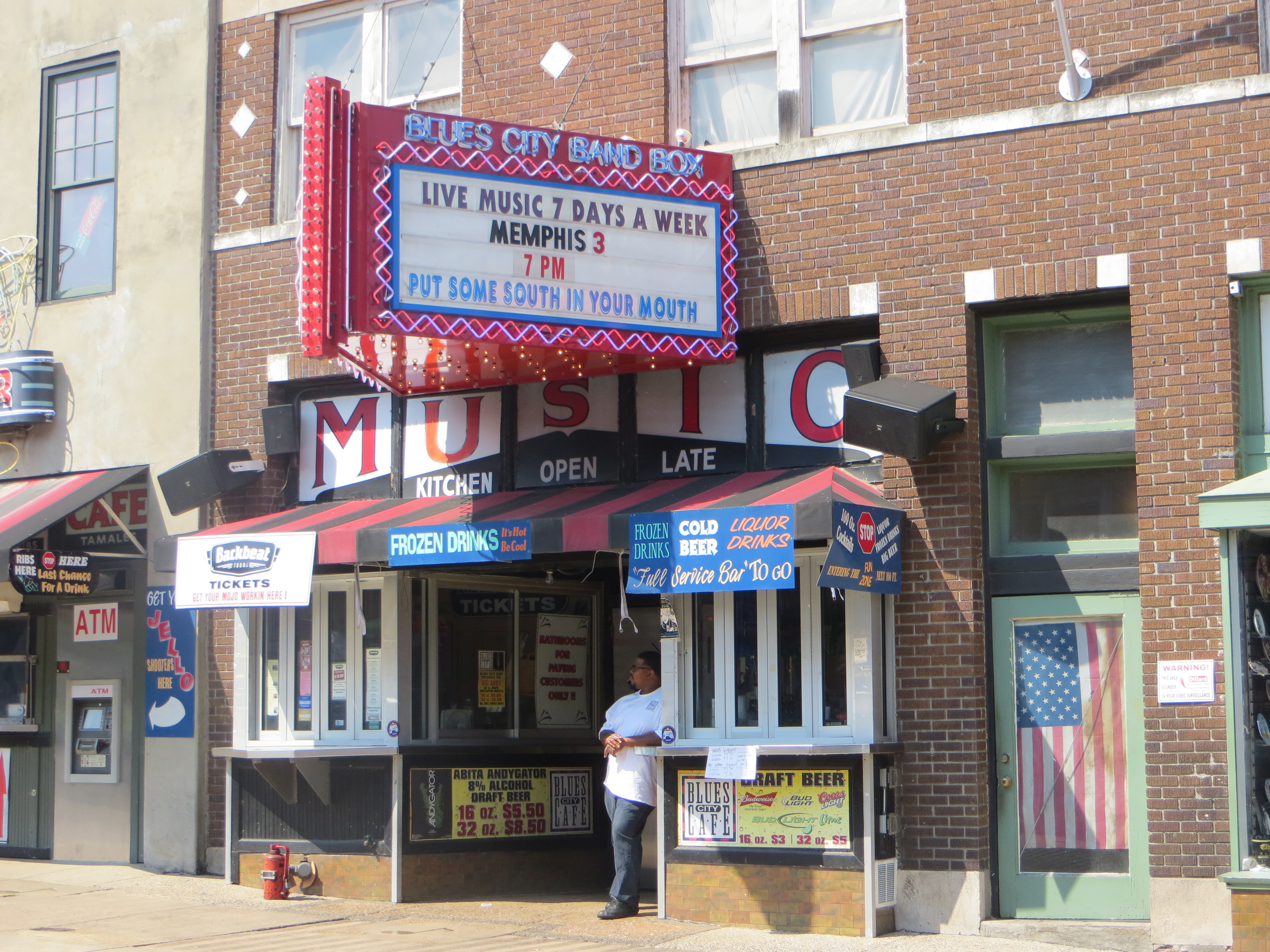 After the concert, I found out this was not simply for the tourists. This is how locals treat each other. Everyone I bumped into had advice or wanted to talk my ears off and tell me about what makes their city better than all the others.

“You like eating right? Oh, I know you do. 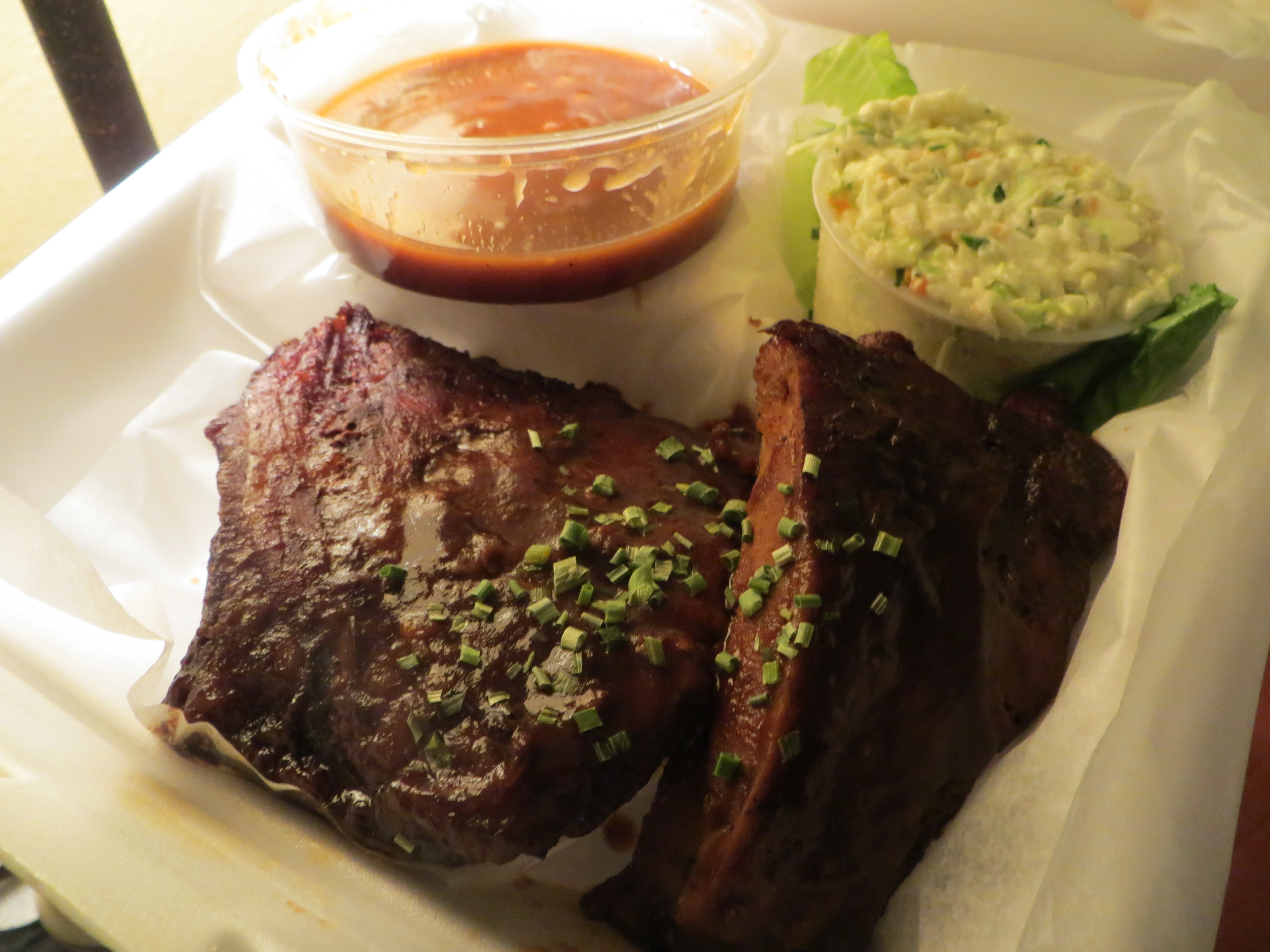 After pleasantries are over, the conversation moves over to food, specifically ribs. One thing that each of the rib joints have in common are the portions: big, meaty and enough to keep you full for a day. Dry rubbed ribs or dripping in sauce, no matter which joint I walked into, there were always heaping sides of baked beans, corn, cole slaw, and the requisite corn bread. 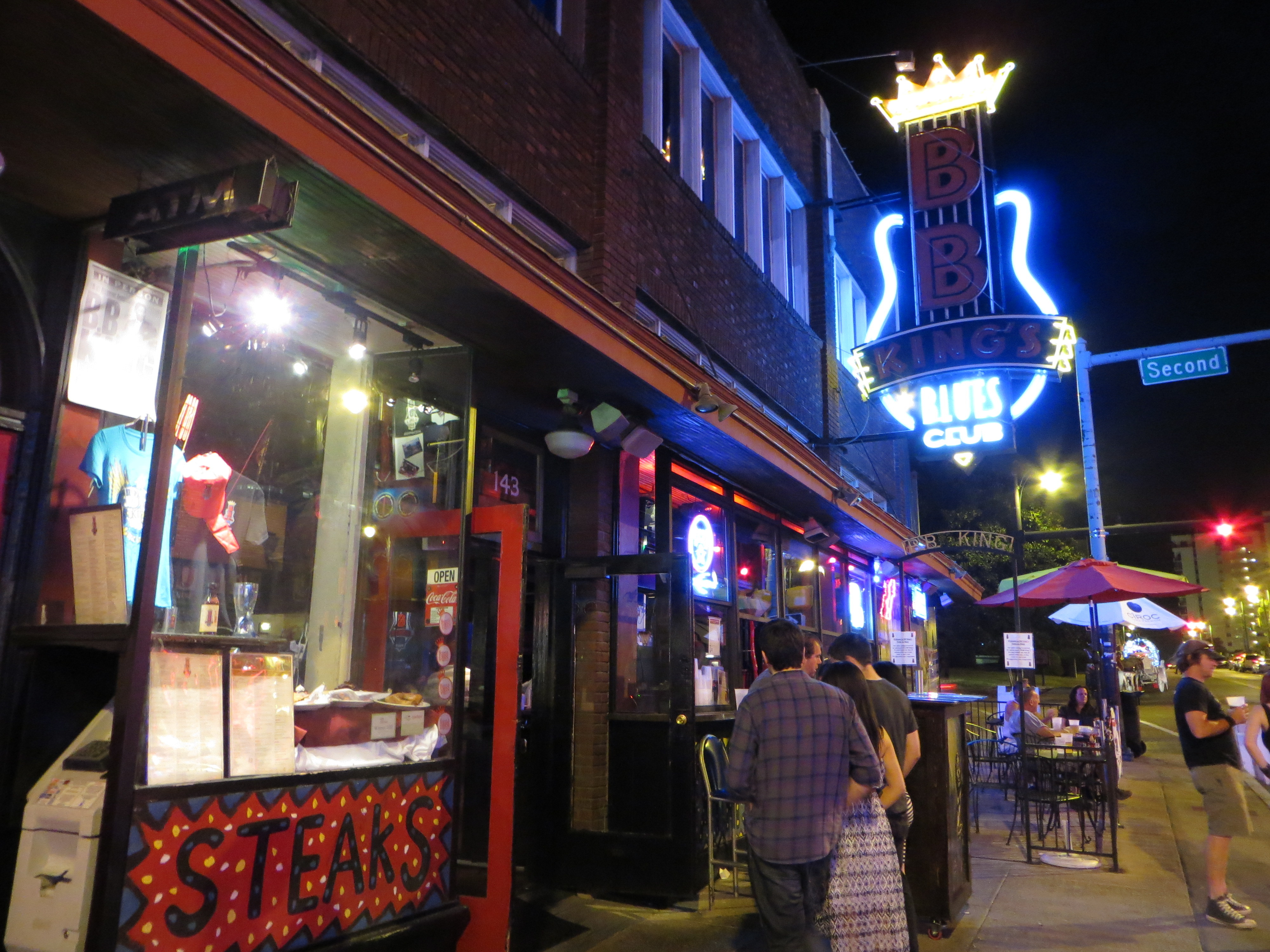 You can go to B.B. King's, but I think they are just okay. Most tourists go there for the live music and mix of international and local entertainment, which is why you will always find a crowd especially during the late night hours. If you are going to stick to Beale Street, my suggestions are either Central BBQ or Blues Street. Hands down my personal favorites. No pretenses just good food. For those who want ambiance as well as food there is Rendezvous. Serving ribs since 1948 and always a packed house, it's definitely worth the waiting. The photos of past and present celebrities seem to pull you in as you wait for a seat at the bar or a table. 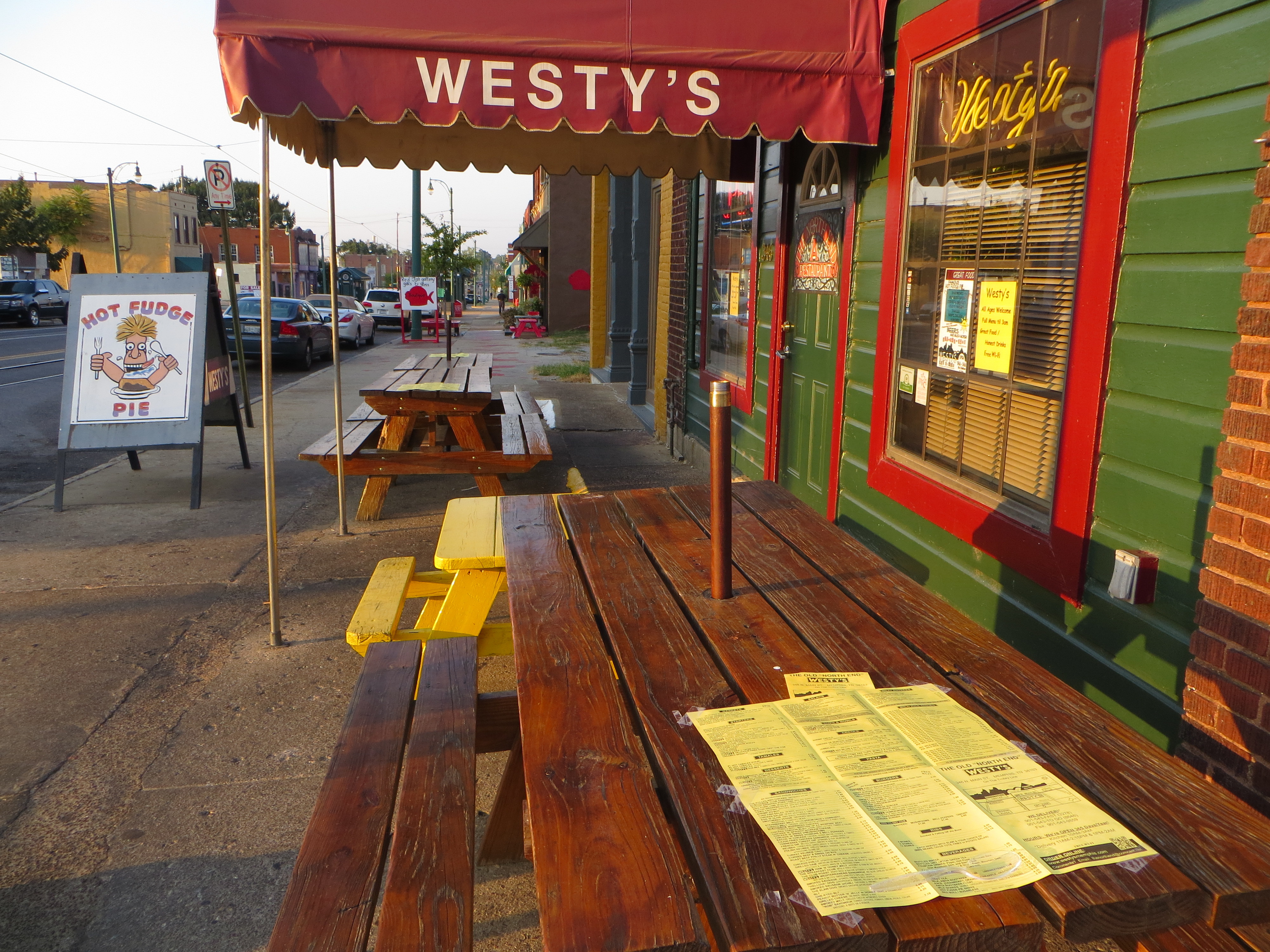 Locals usually go off Beale to Westys, which is in the old North End and easily accessible via the trolley that goes up and down Main Street. No matter where you go for a plate, you will not be disappointed. Everyone shares the same cookbook when it comes down to good BBQ and as far as Southern cooking just walk into any spot that has locals eating and talking and you will be fine. Now that I have your lips smacking and your stomach growling, let me fill you in on something. There is much more to the Music City than food. There is history as well and not all of it is pretty. 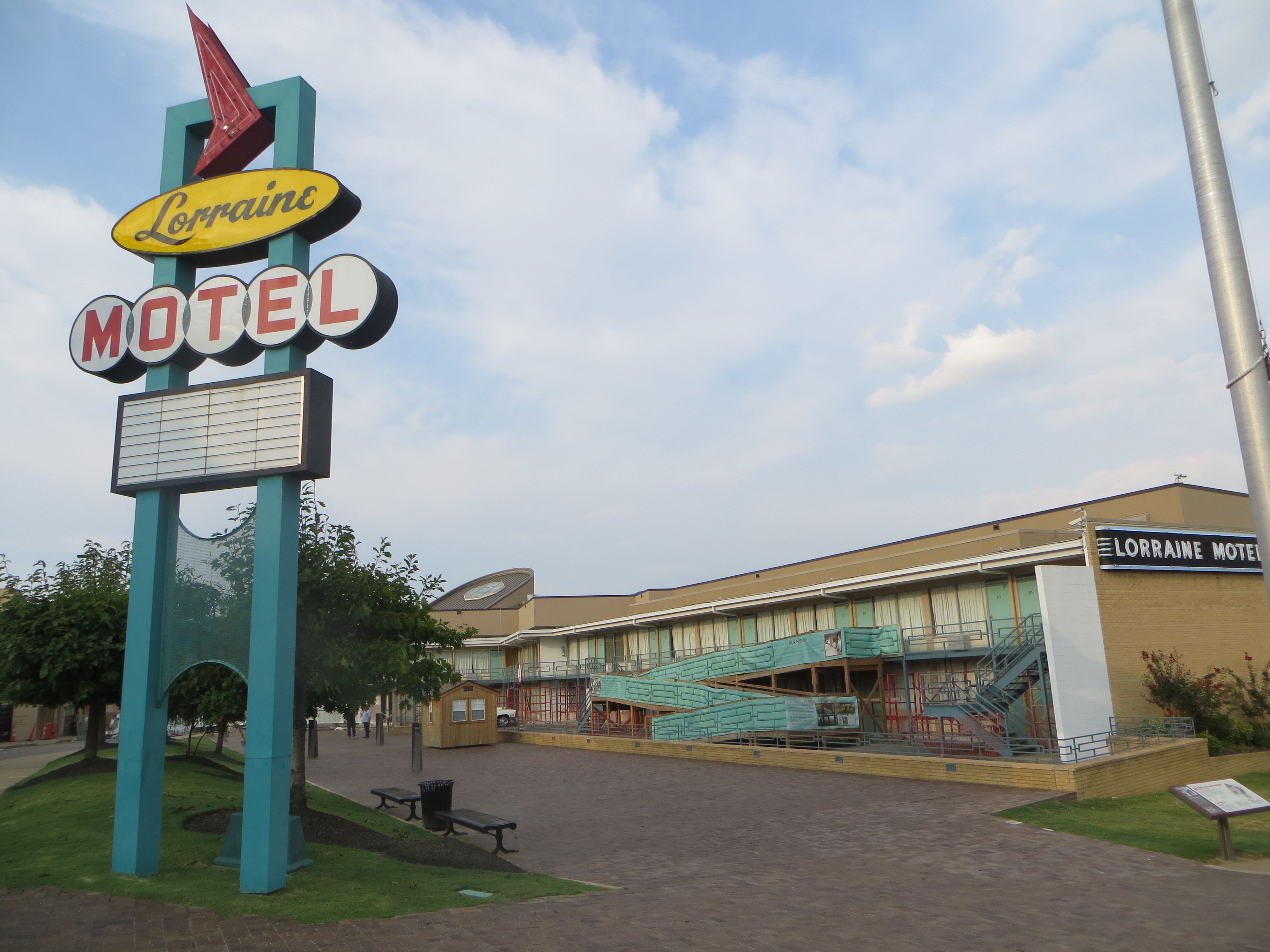 It was here that Dr. Martin Luther King Jr, was assassinated at the Hotel Lorraine. Today, it stands as a museum that stands frozen in time as everything down to the cars in the parking lot have been gathered, refurbished, and put into exactly the places they were in on April 4th, 1968. It became hard for me to take in what happened there and it became frustrating that more people were not there to visit.

I walked the grounds and imagined I was one of those who peered off in the direction of that bullet to where the shooter fired that round. I sat down for a moment and just stared. X marks the spot on the balcony where Dr. King took his last breath and I stared at it. As I learned more about Memphis, I also learned that that moment destroyed a lot of friendships. Where once color was not an issue between friends, it turned into a dividing line. 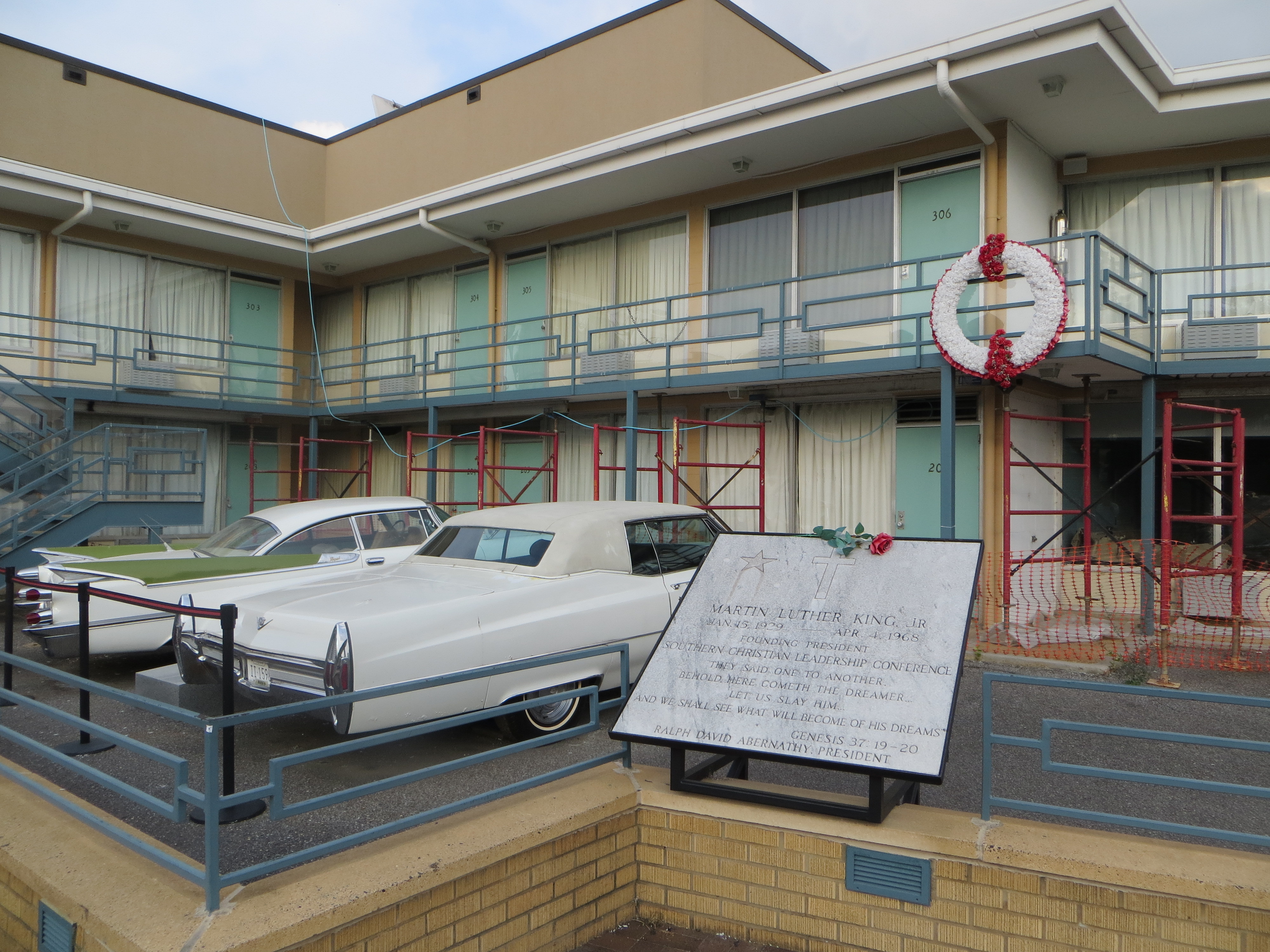 After a deep breath, I slowly moved on and focused on the music, specifically soul and R&B. Sun Records sits on top of a slightly inclining street. It is here that Elvis got his break into the music industry and the museum/recording studio does not let you forget it. After looking over the record covers and ordered a milkshake, my soul craved the music of my youth. I needed that soul, the kind that those old enough to know what real soul is remember fondly and have tender memories crafted around those times: Issac Hayes, Sam & Dave, Booker T & the M.G.s, I had to go to Stax! 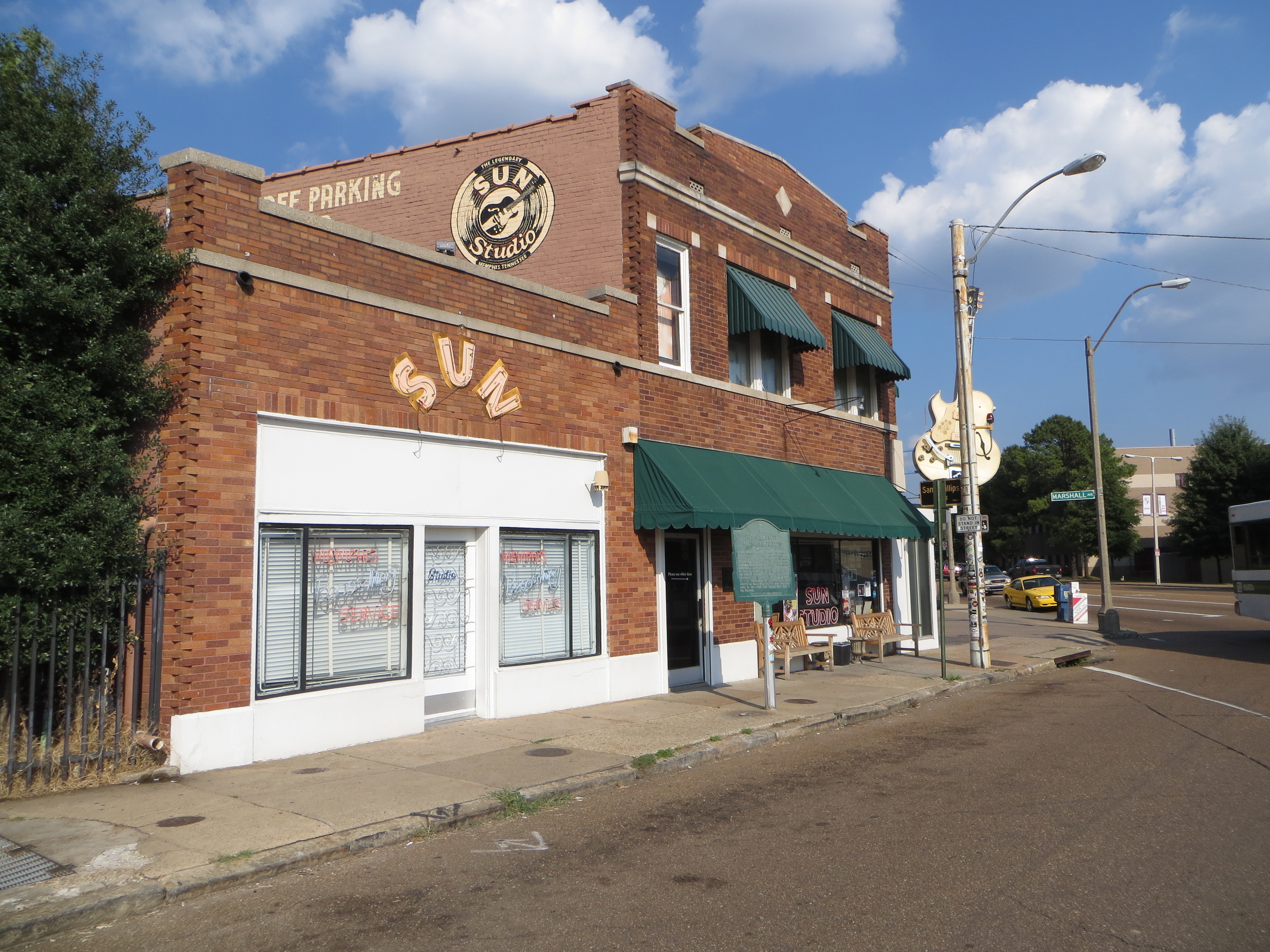 Damn, the clothing, the designs of the records, the videos, and a 24-karat, gold plated caddy. I was loving every moment, snapping my fingers, and singing along to the audio piped into the museum. Stax didn't just show you the past, it let you re-live it with videos and interviews of the early days until its current rebirth as a music school. Time flew by as I read and took pictures of each bio of the bands that once filled their roster and took pictures so I could revisit as often as I would like. It took the PA announcing that they were closing soon to get me out and reluctantly I took only a few extra minutes to browse the gift shop. 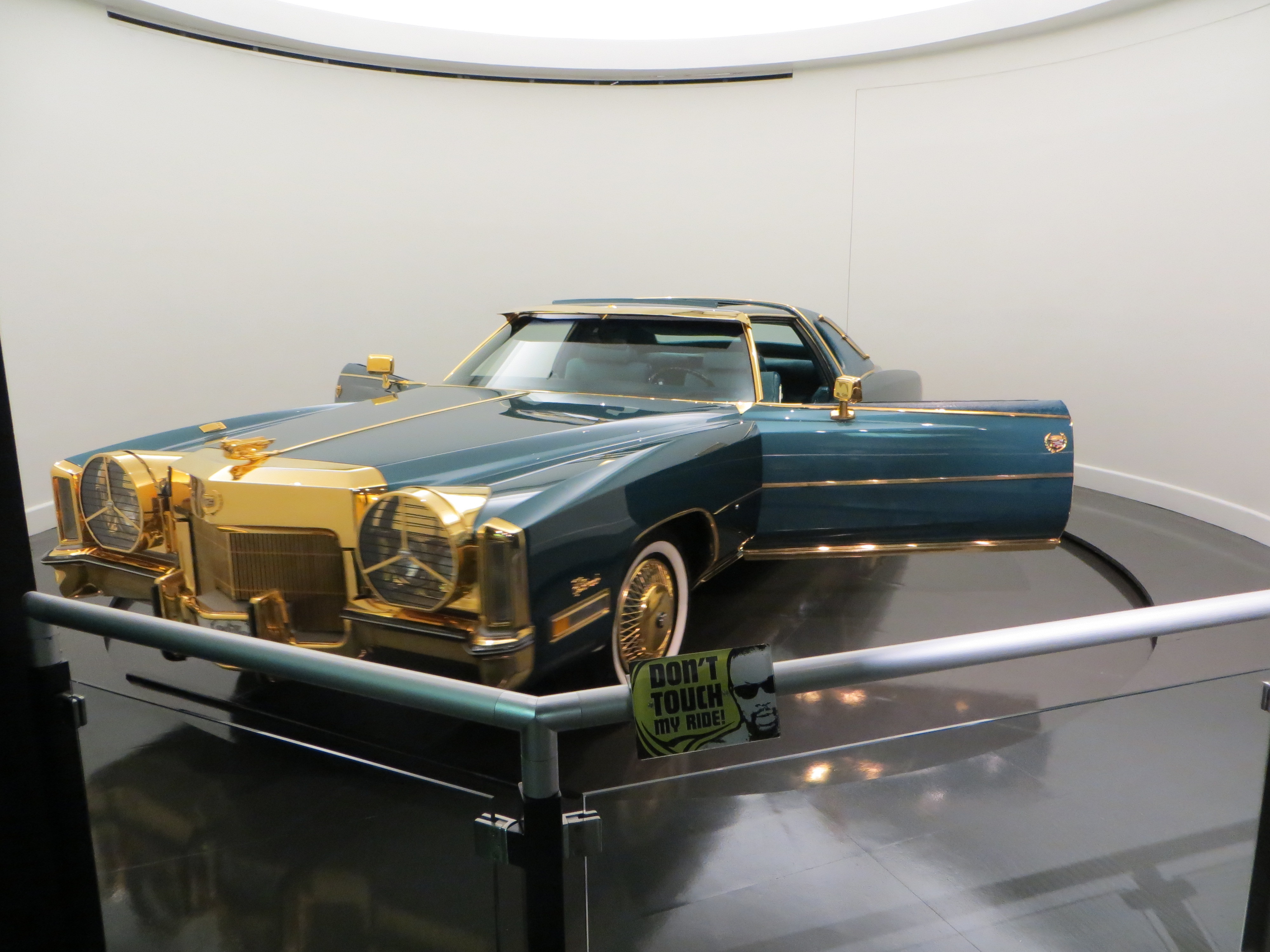 The next day, I rode the 20 Bus to Graceland. I wondered if they sold peanut butter, banana, and bacon sandwiches in the dining area and quickly learned they did not. I got as far as the gate and did not venture any further. Have never been a fan of Elvis, so I could not nudge myself into paying the admission price and instead opted for a walk on the public grounds. I hung out near the Lisa Marie, a small plane that Elvis once used to ferry himself and family to and from shows and personal affairs. Then took time out to study the hundreds of autographs and doodles left on the wall outside the grounds that detail fans' admiration for Presley's music. 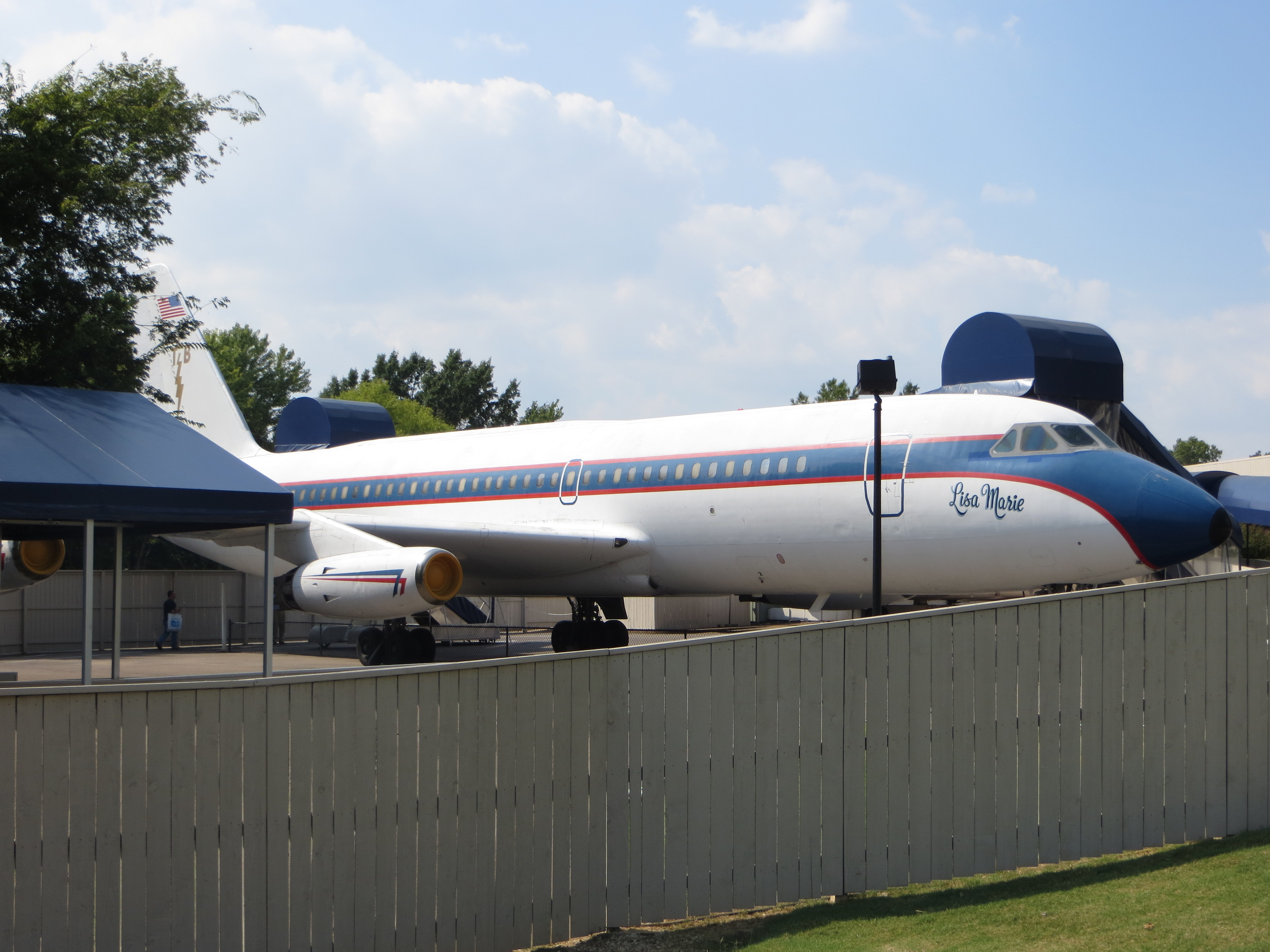 As the evening rolled on, I made my way to the South Main Arts district for some brisket and whiskey. As I joked with locals we tested our knowledge of 60s and 70s music ranging from widely known to obscure tracks, I reminisced about my days working in a record store and waxed poetic about how good music is almost gone and how“back in the day” was when everything was better. 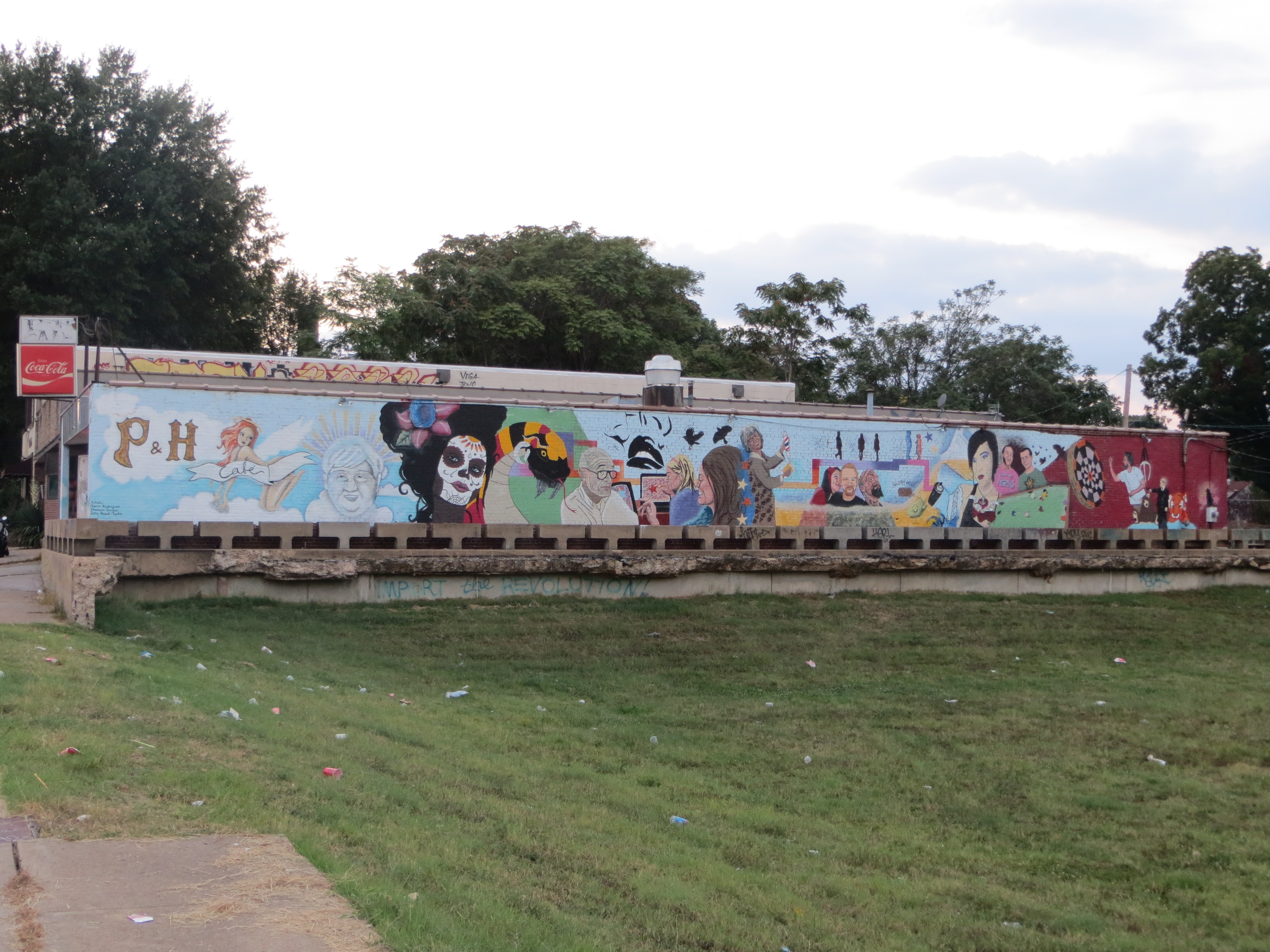 I gained two or three pounds while in Memphis. A healthy diet of BBQ, Southern cuisine, and liquor will do that to you. Never did I feel truly full. I became a glutton while in Memphis not just for the food but also for the conversations, music, and kindness that is often missing in the North. 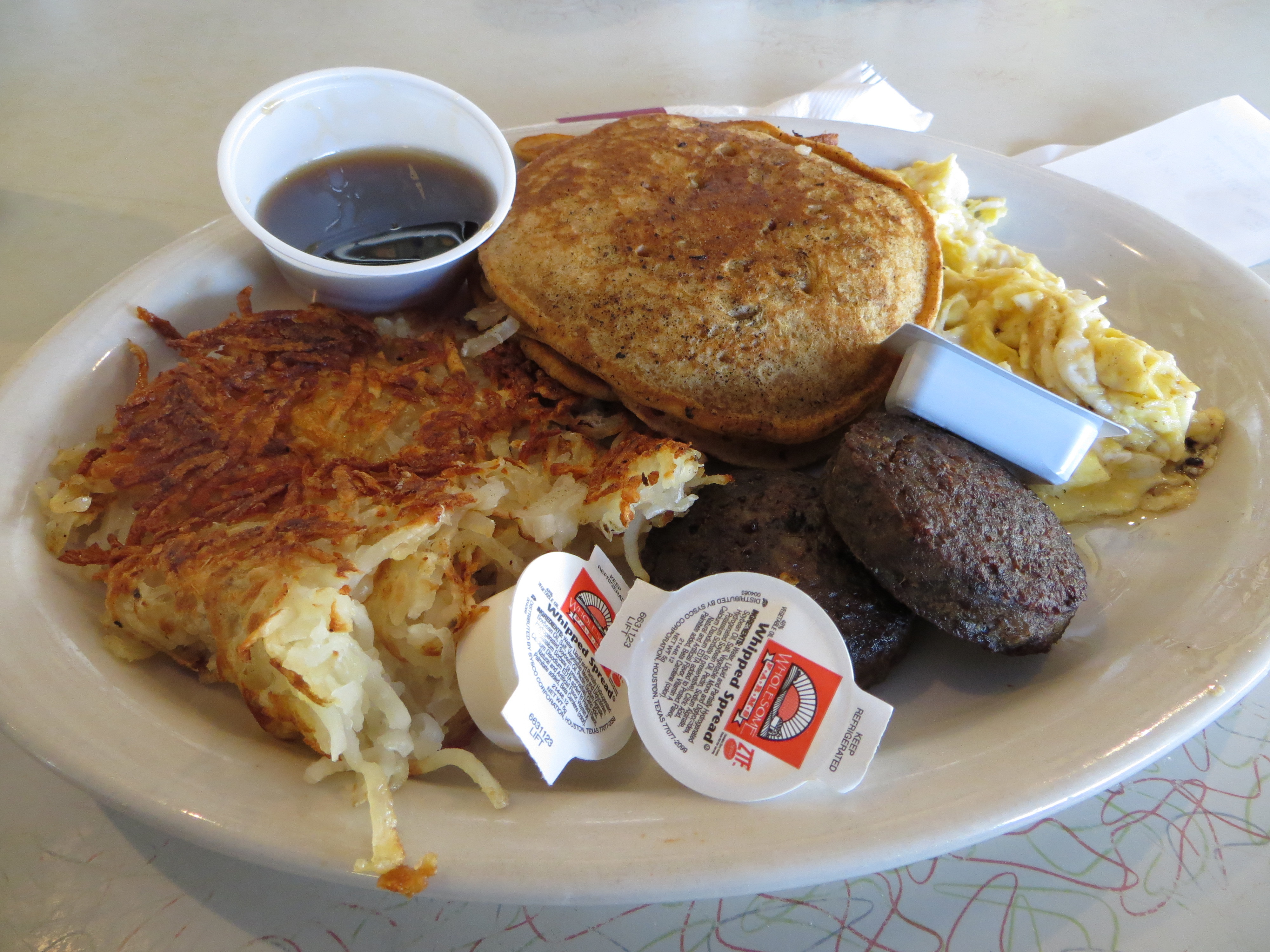 On my last night I sat on the trolley that slowly rolled down Main Street and thought to myself that I didn't want to share this city with anyone. It's small, hospitable, and charming in a way that most Southern cities are not.

Memphis is named after the city in Egypt, home of the Blues and Rock & Roll, and the BBQ capital of the world. It's my secret. Everyone else can go to Nashville and leave my Memphis alone. It remained this way for years until I found myself in Melbourne, Australia telling a local band everything I am writing to you about in this blog. Detailing every sound, every taste, and watching their eyes widen and smiles grow, I told them what I am telling you now: “Go to Memphis, learn the history, get a plate of ribs, and definitely check out the 24 karat gold caddy. ”Go, now! 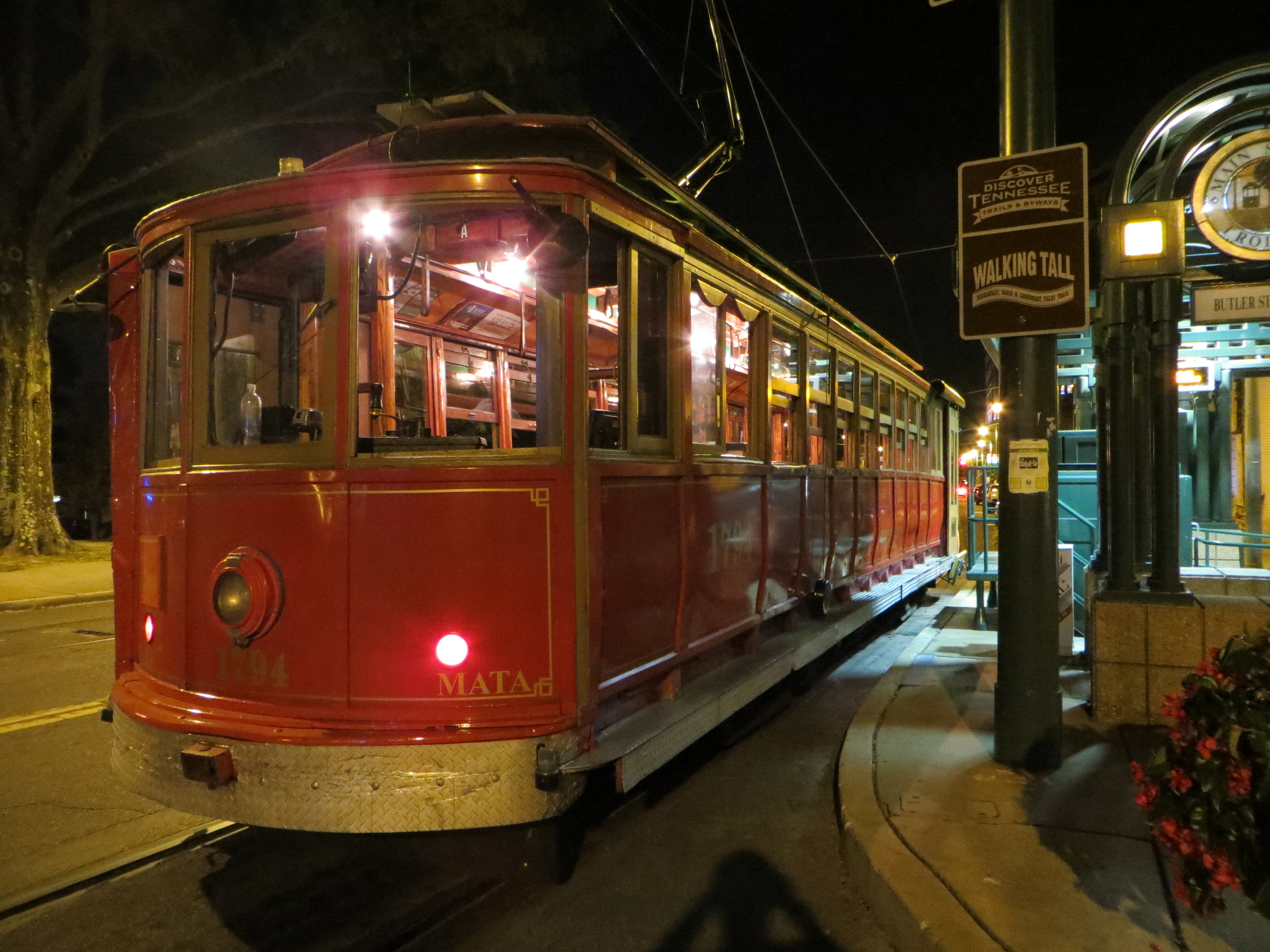 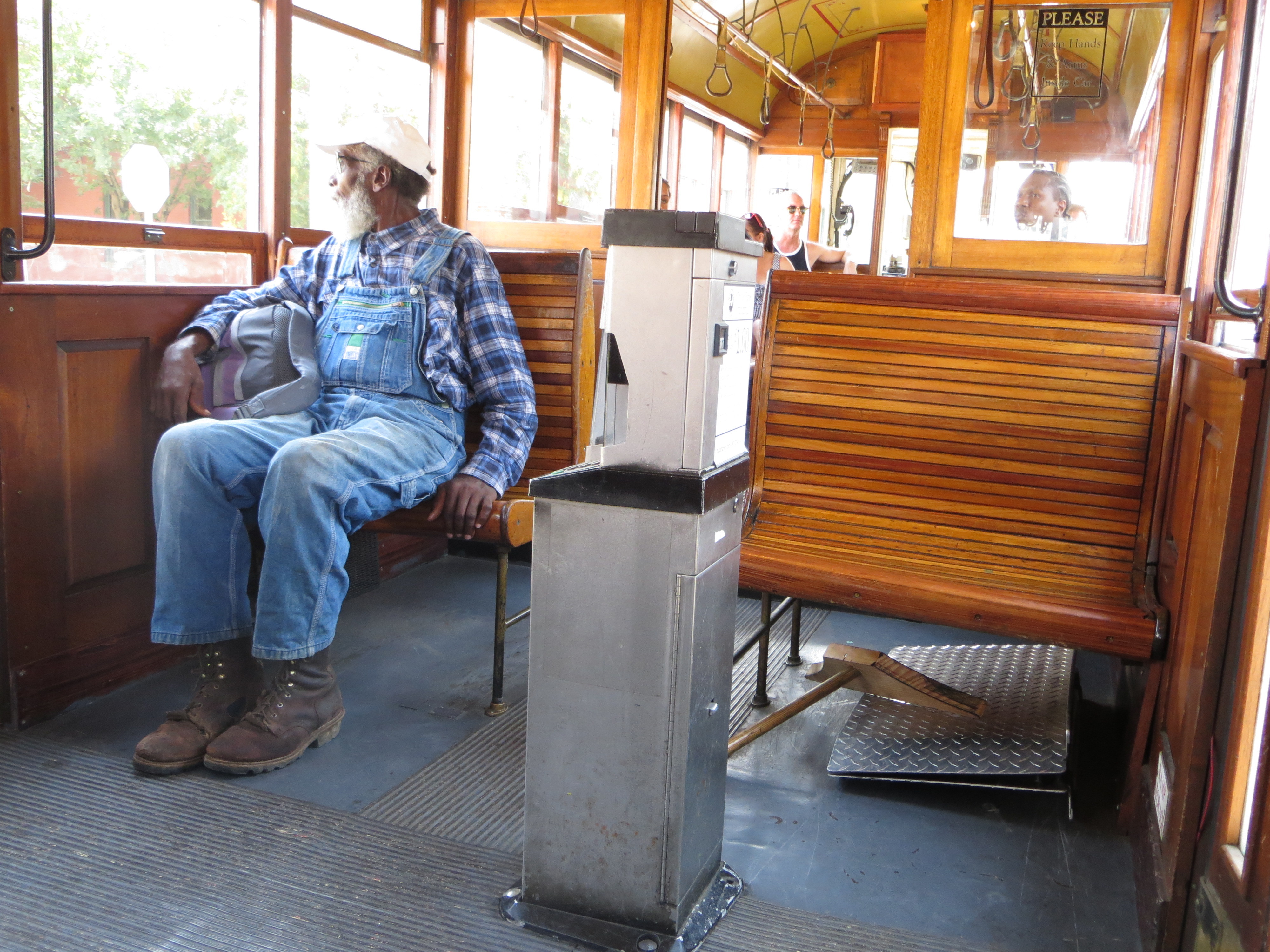 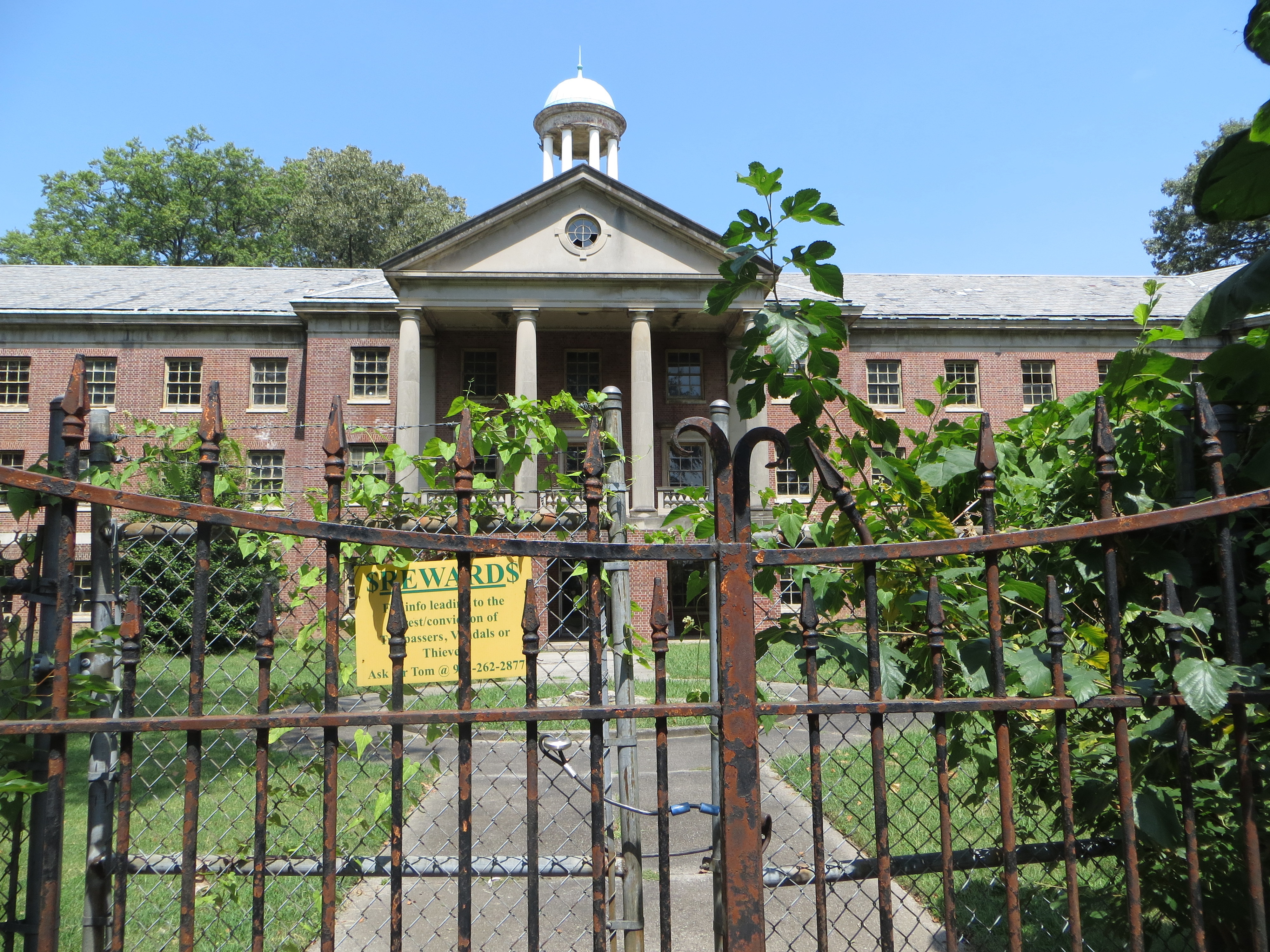 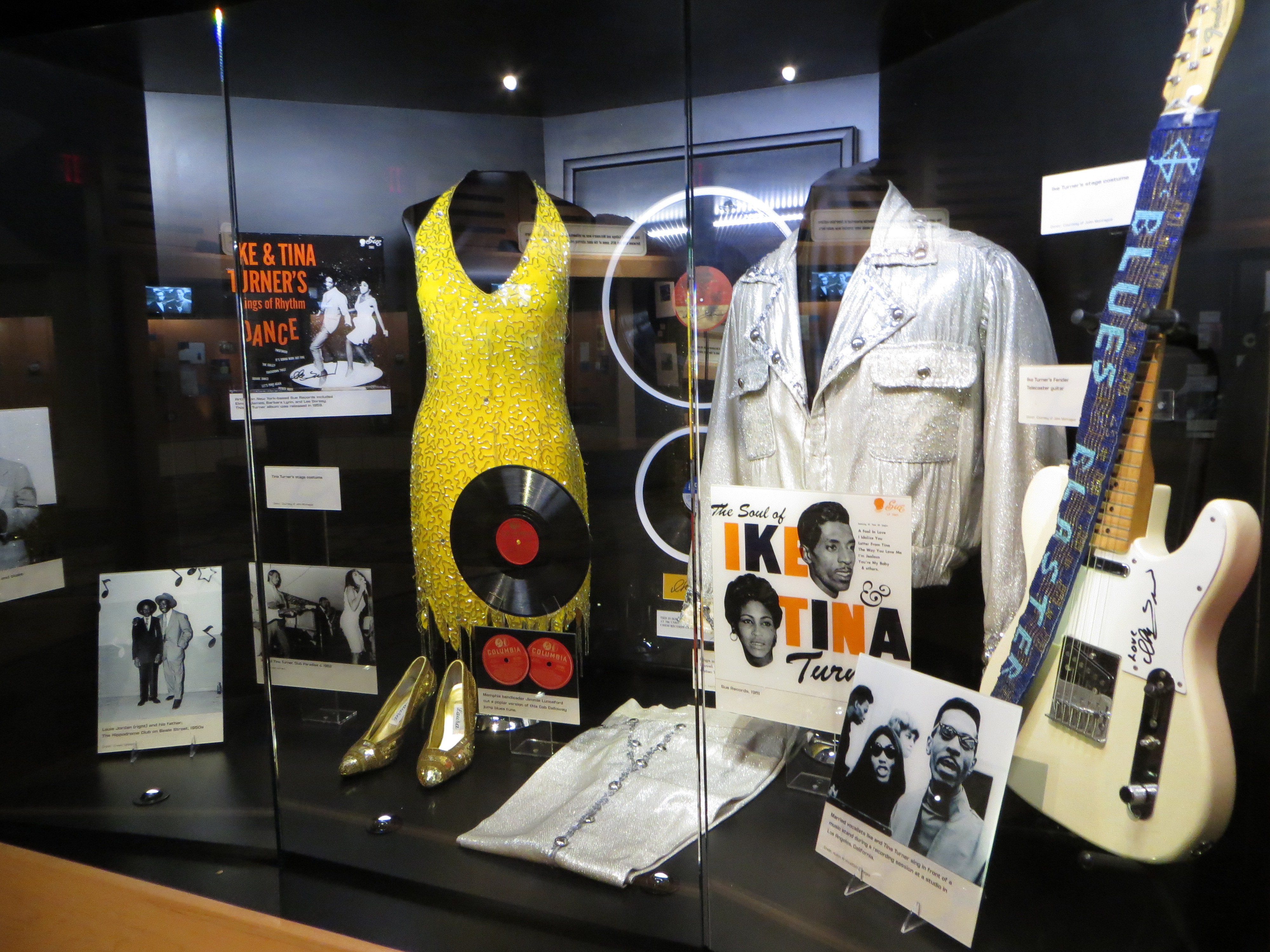 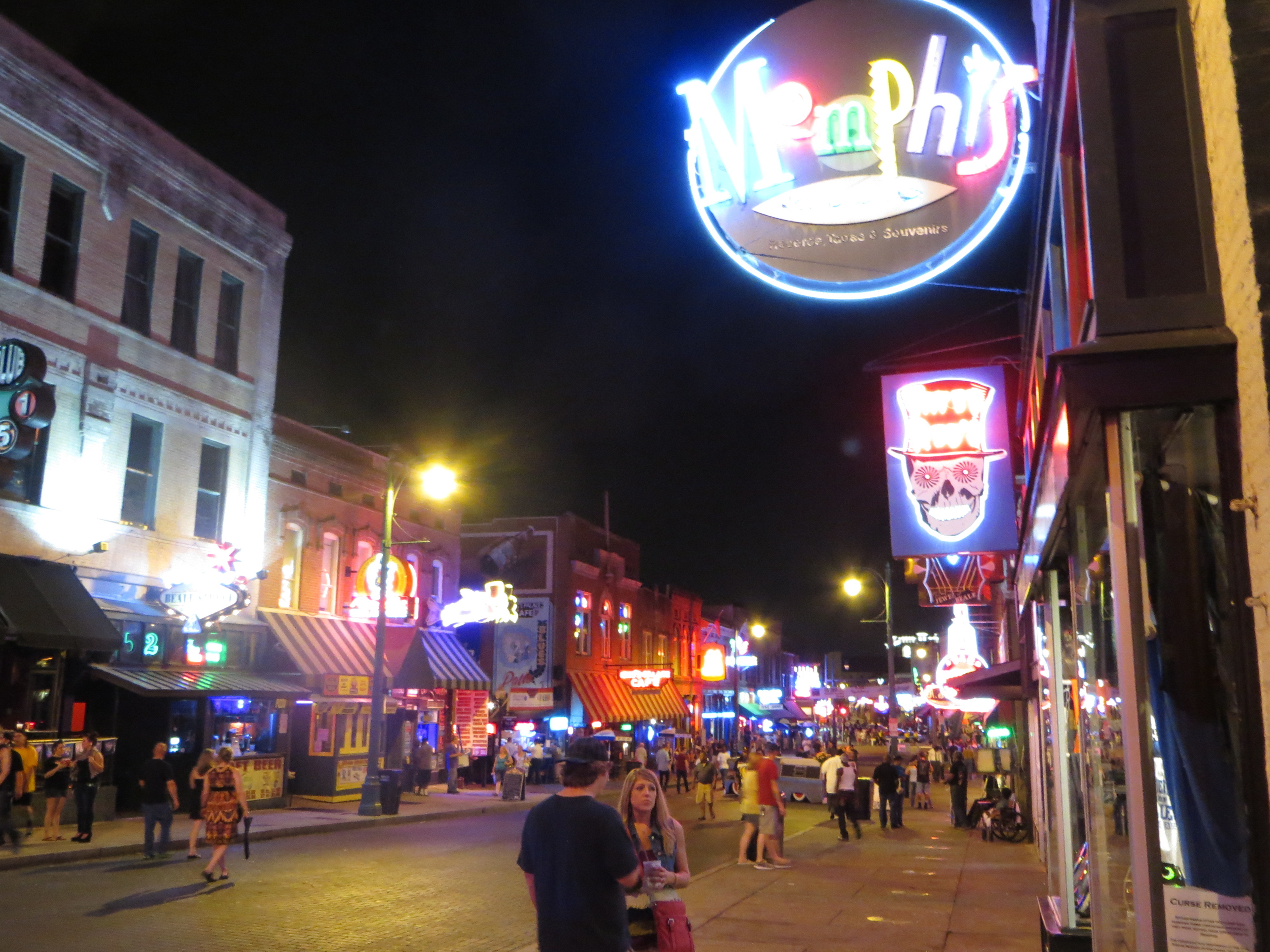 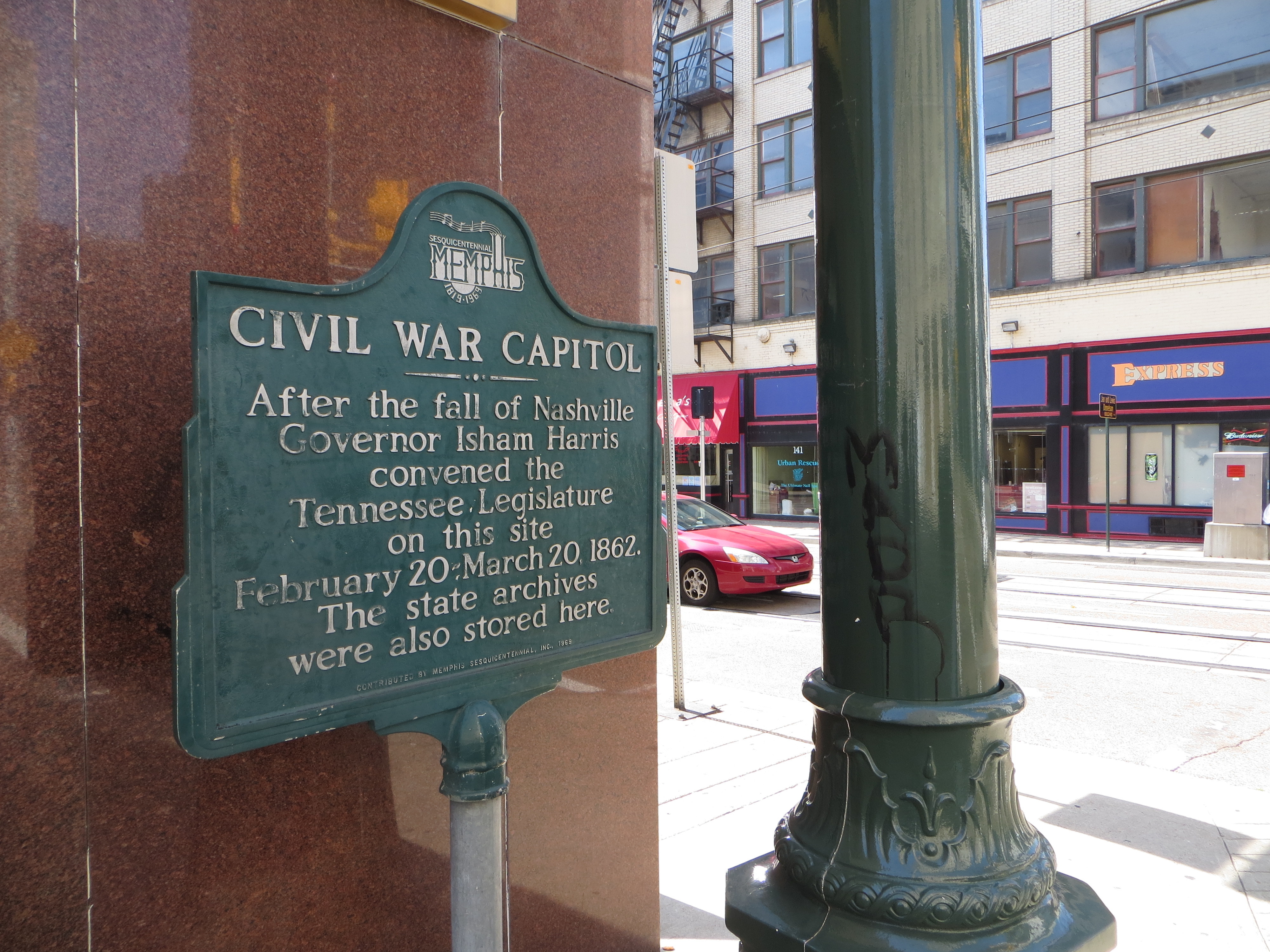 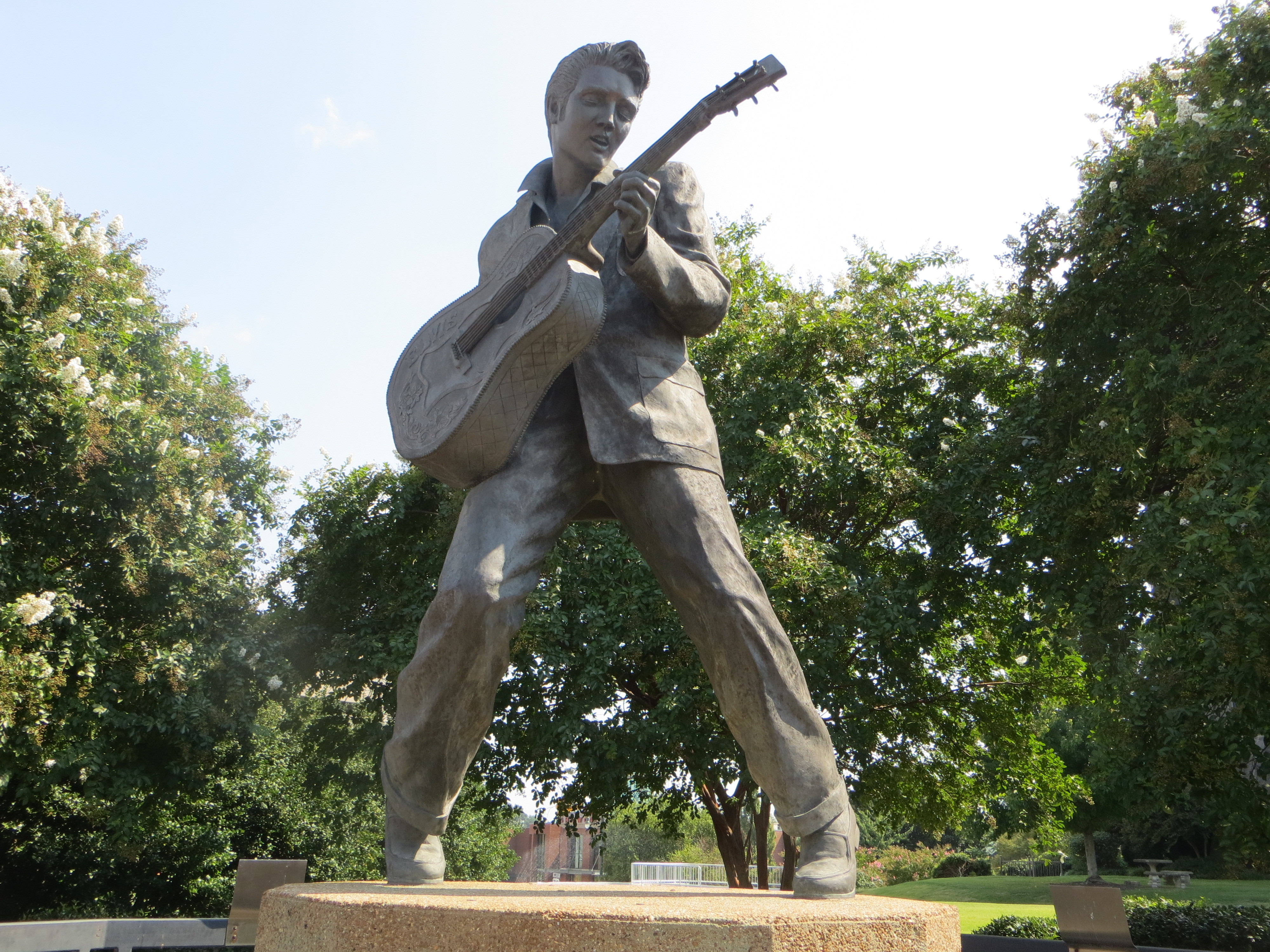 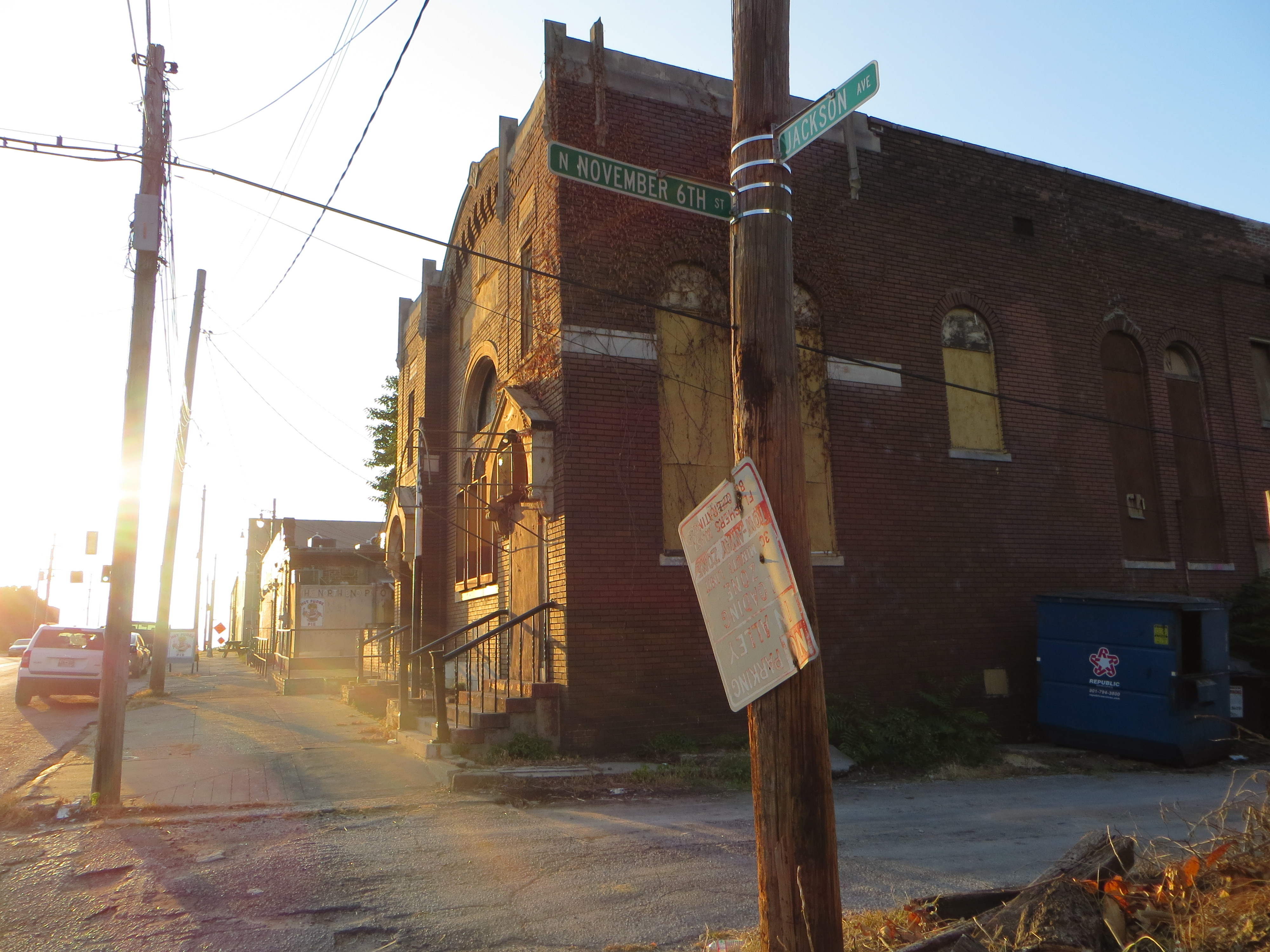 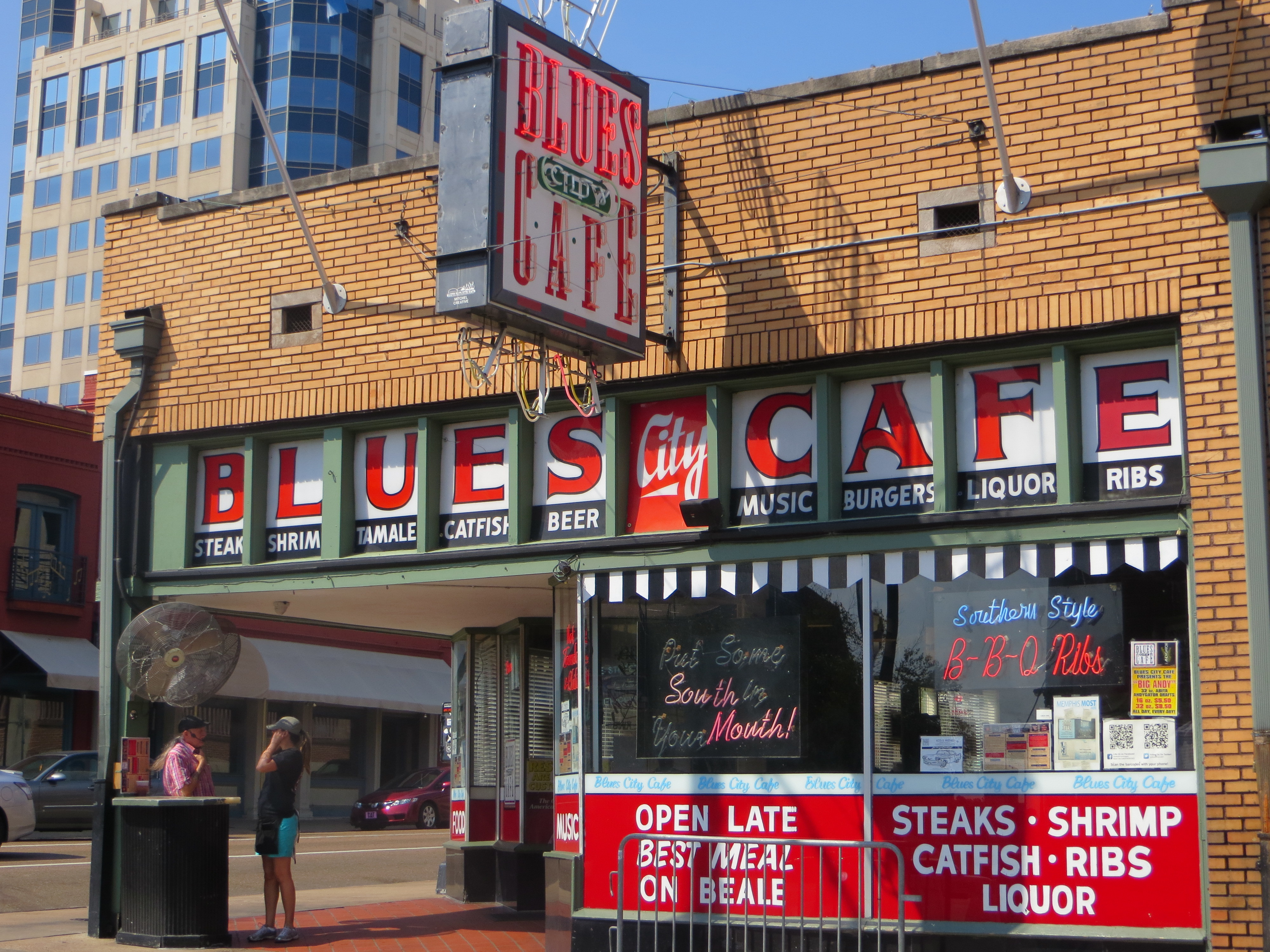 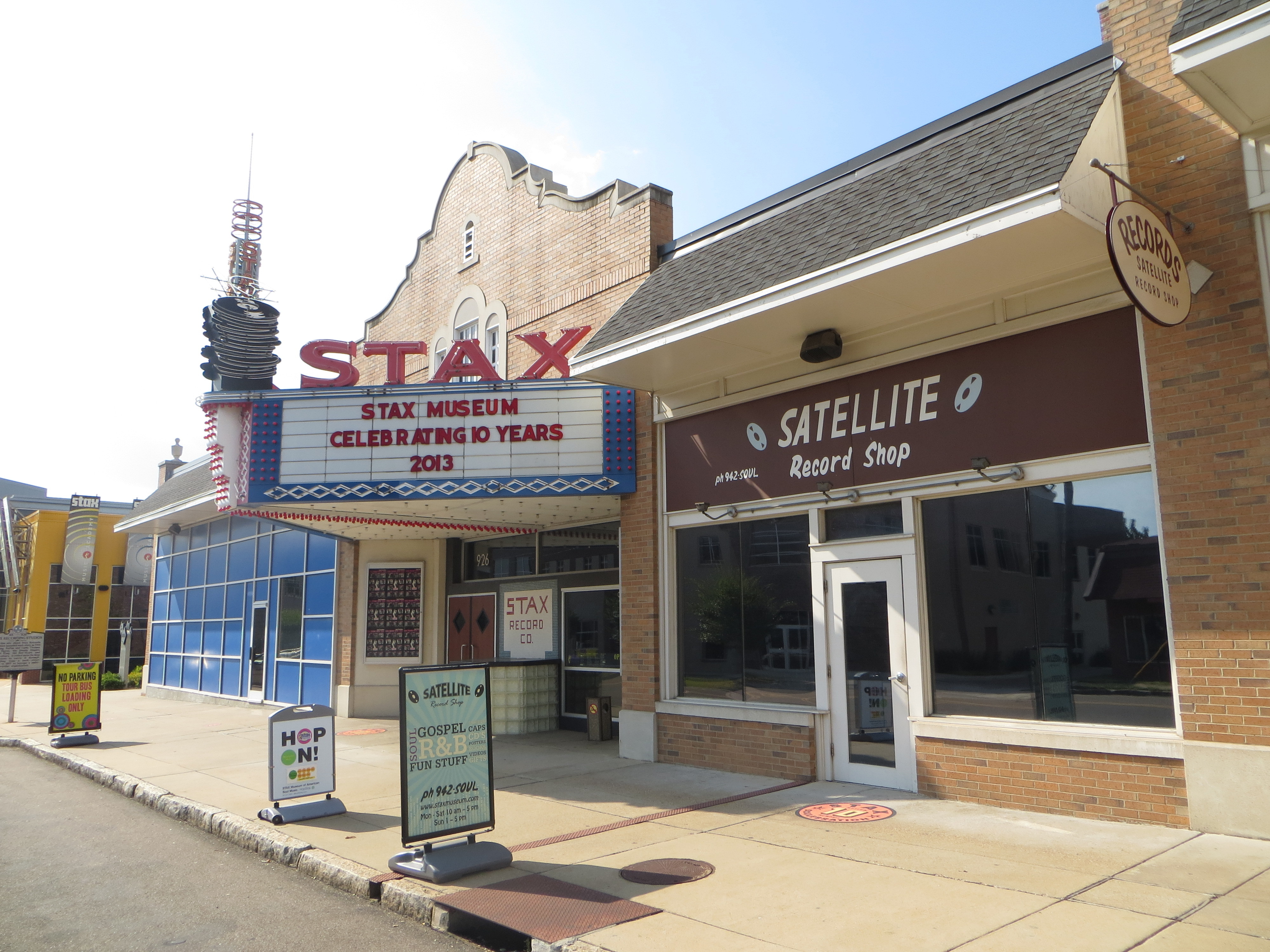 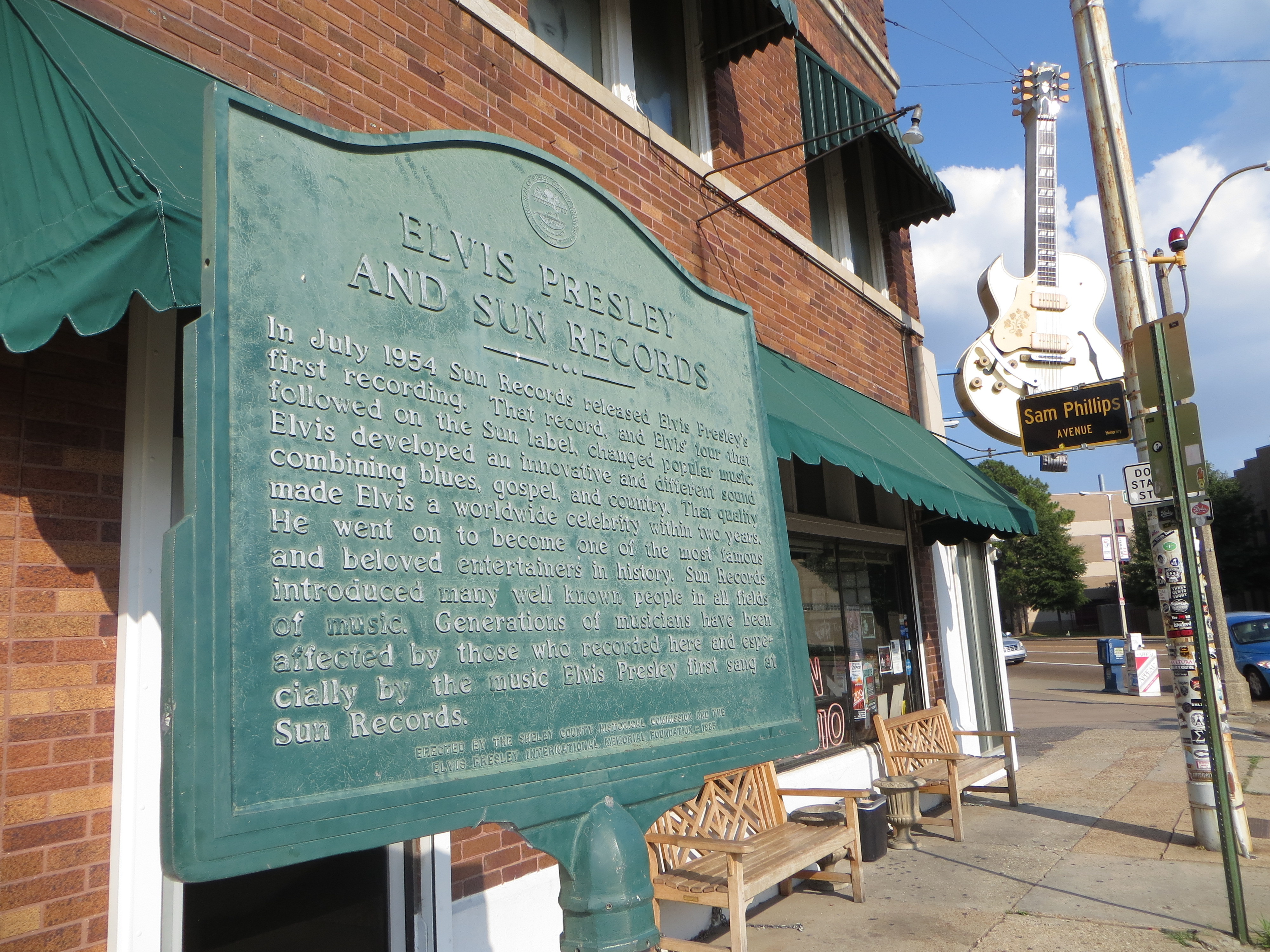 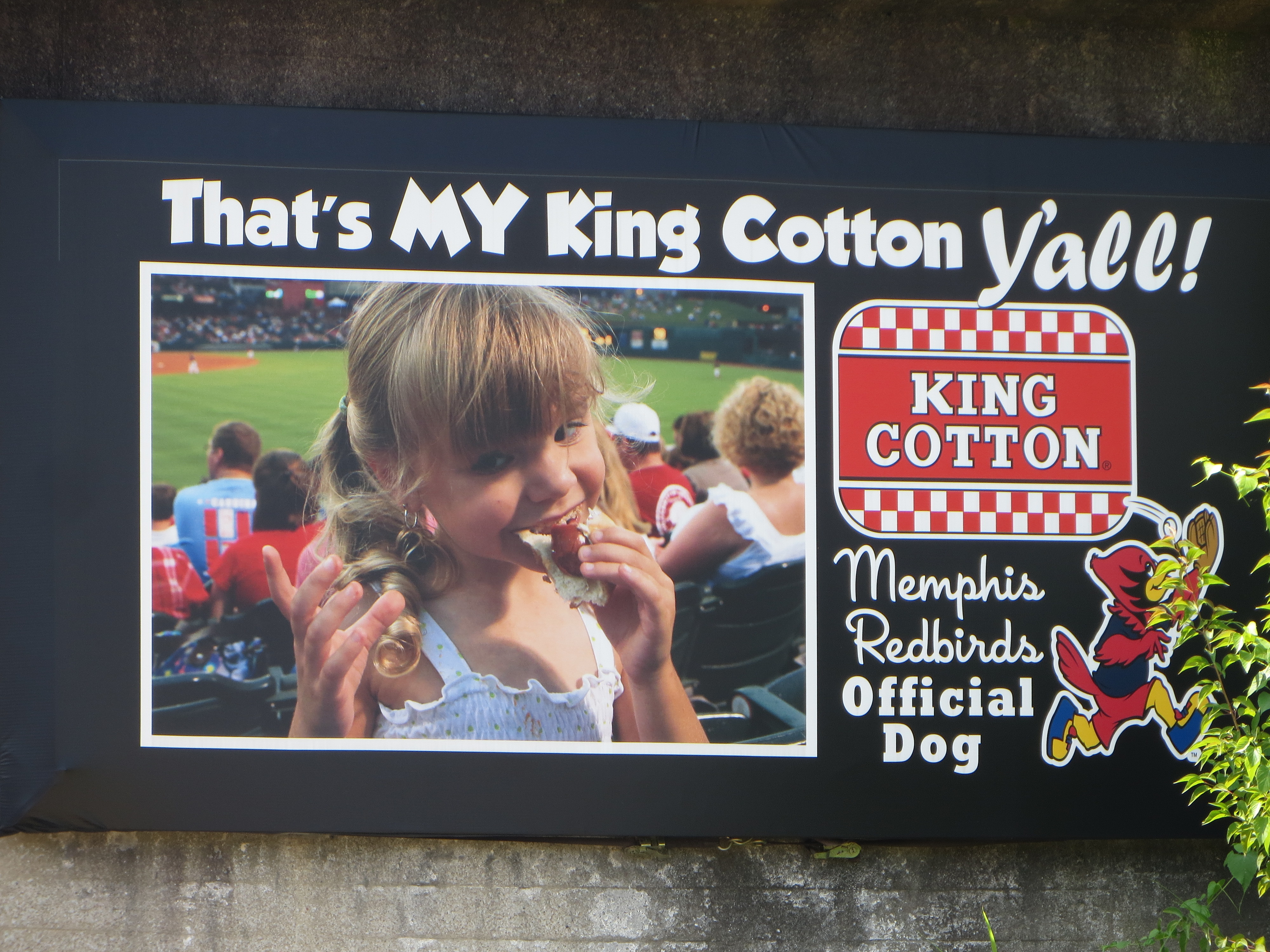