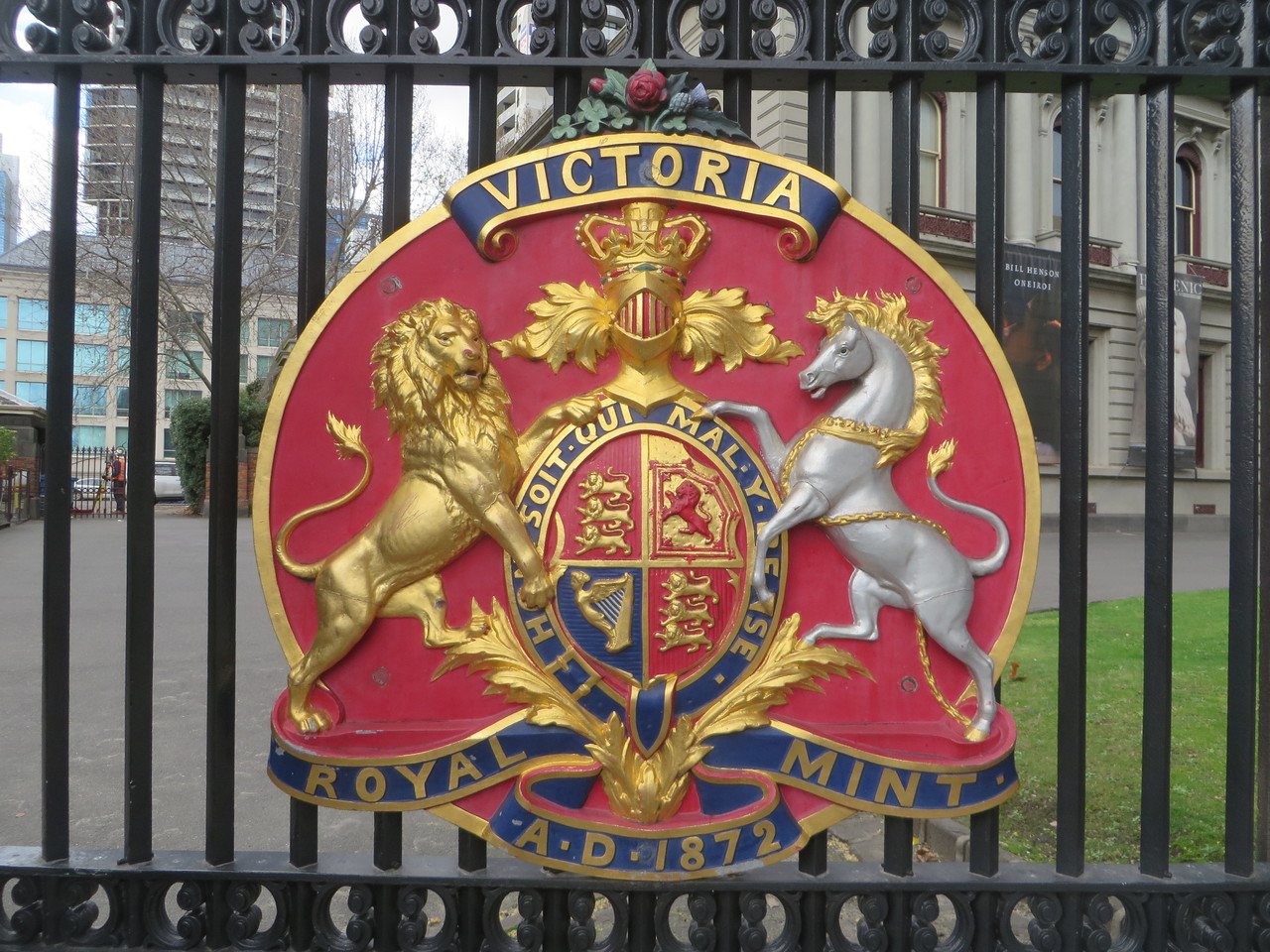 Hard not to reminiscence about my first visit to Australia. Smiling, I remembered how green I was lugging a huge brown suitcase through New Zealand and Oz the first and second of the many countries I would explore in subsequent years.

About 10 years passed between my first visit and my second return inspired by a promise that I would return one day. Two children of an old friend were celebrating their birthdays in the same month and the eldest wanted to share a legal drink with me. 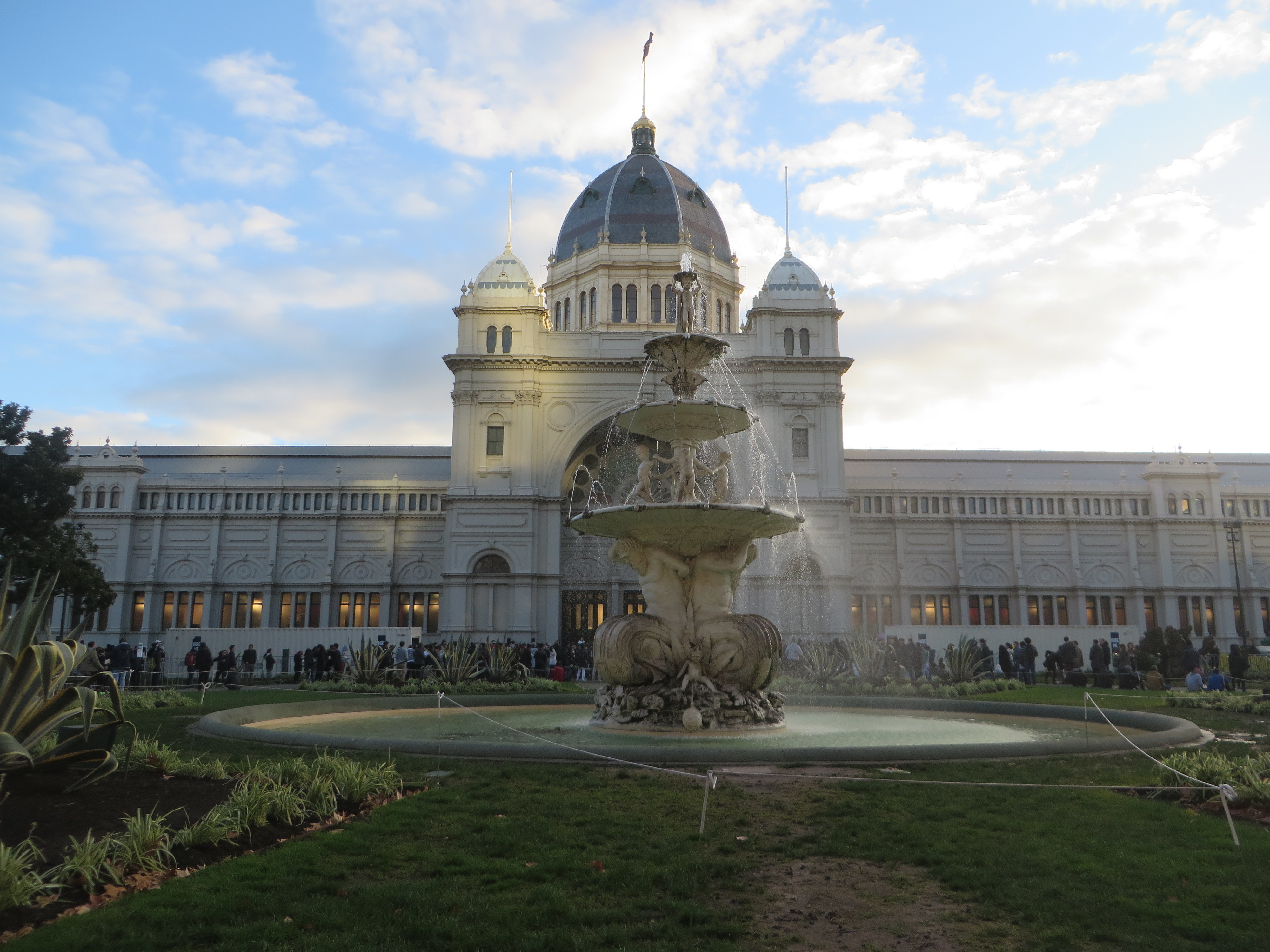 As for me, I needed time to re-acclimate to being back in Oz and some personal time. So instead of making Sydney my port of entry and moving onward to Adelaide, where my friend lives, I landed in Melbourne (Mel bun) and slept through my first day.

The flight required a full day and so I needed time to adjust to the time difference. Arriving so early from the East Coast, I had just enough energy to learn a little about the city from the perspective of a local who I met at a Subway sub shop.

By the following day, I was anxious to explore. 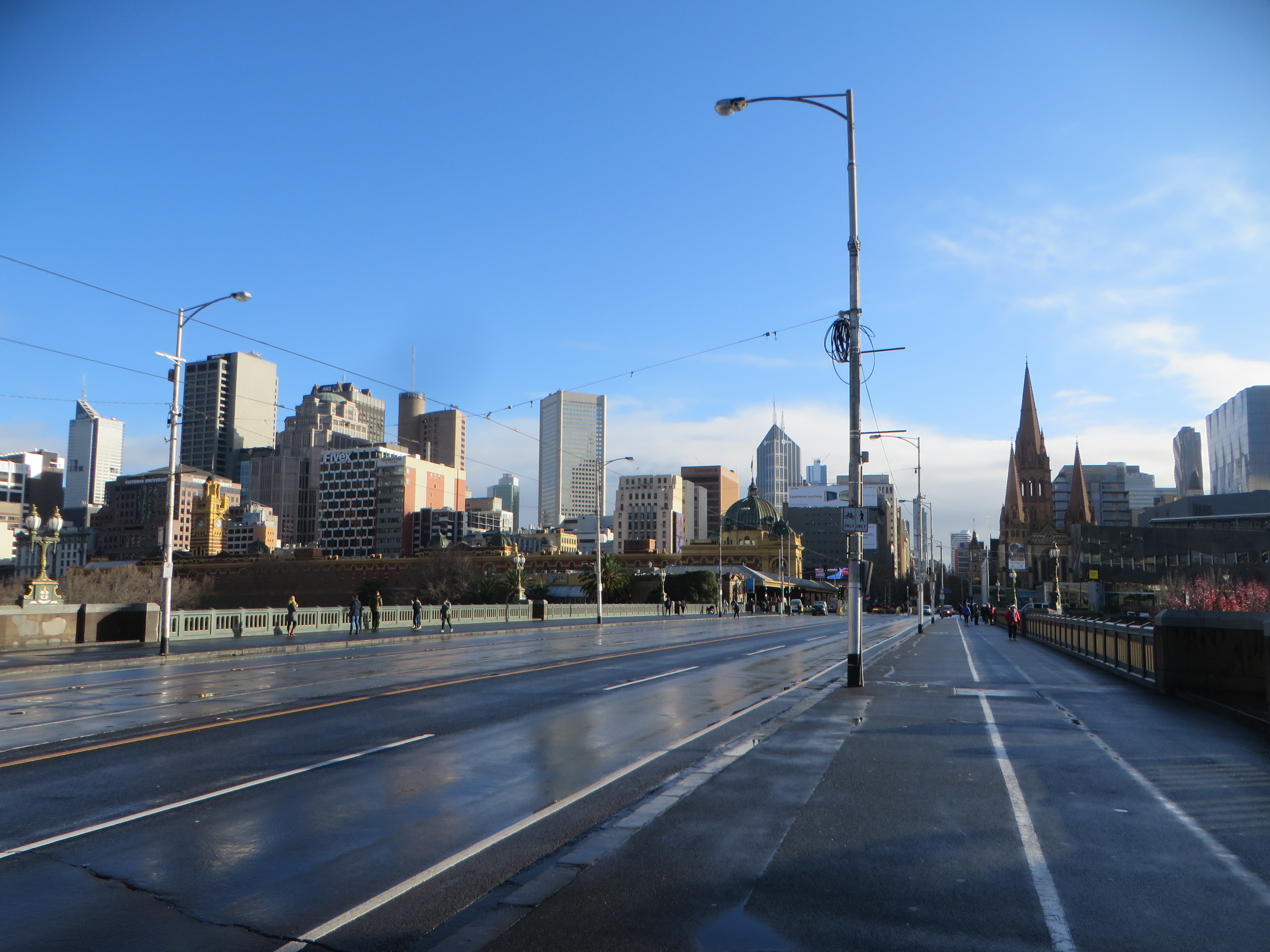 I waited for the rain to cease and let the sun push past the somber gray and midnight blue morning clouds and define the skyline.

Various buildings lined up like keys on a trumpet. The rain fell on residences and then commercial areas with hotels, offices, Flagstaff Park, trolley rails, and finally morning commuters. Every cloud that parted added a picture to the canvas of my hotel windows and everything came into focus. 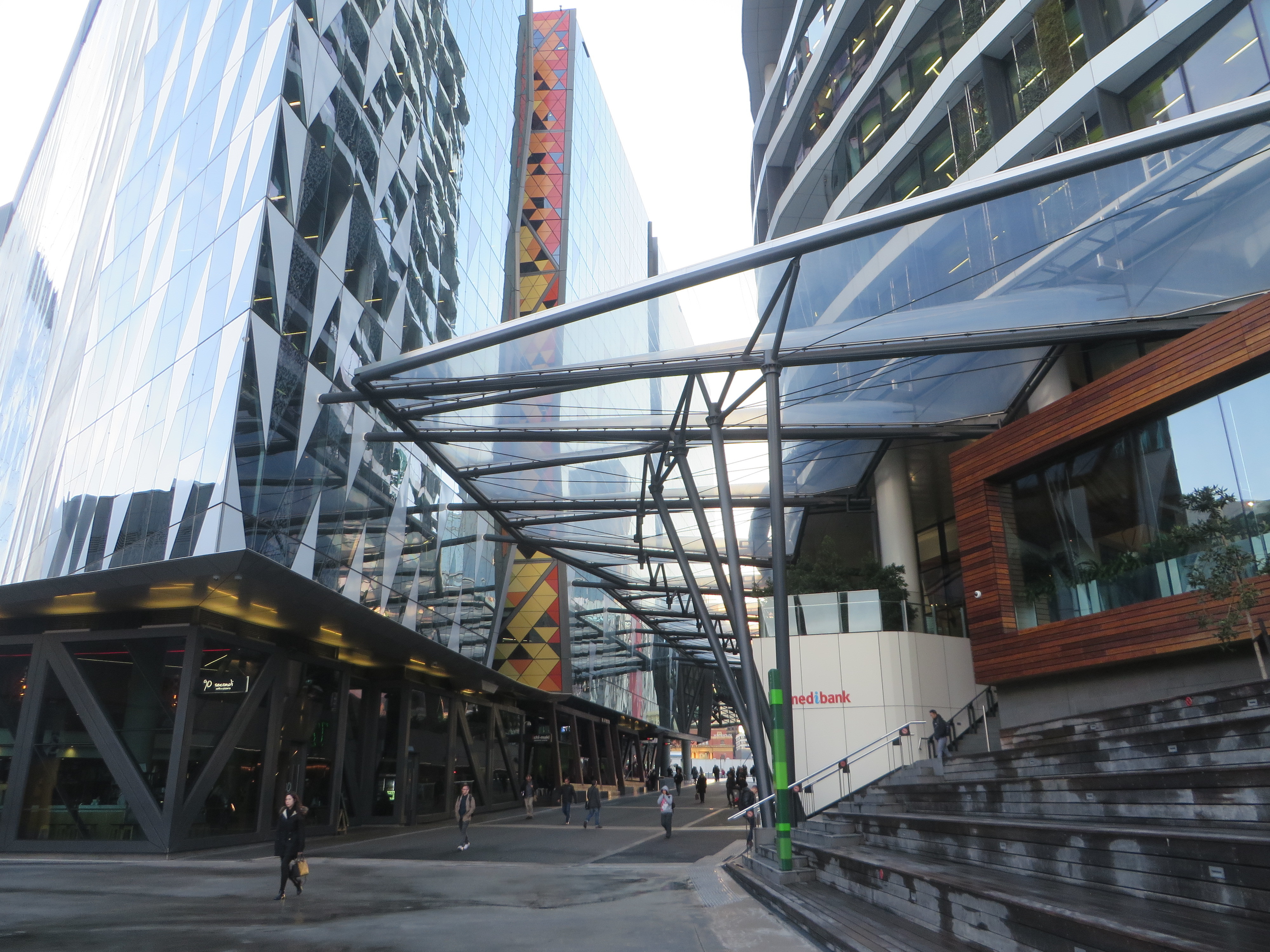 As I see it, the most apt way to describe Melbourne is to imagine you are packing your luggage. Your objective is to get as much as possible into the luggage in an orderly way. Dresses and pants over here, shirts folded neatly there, undergarments in that corner and then socks, toiletries, and other stuff. Until you notice that you can not close the suitcase because of the overflowing. 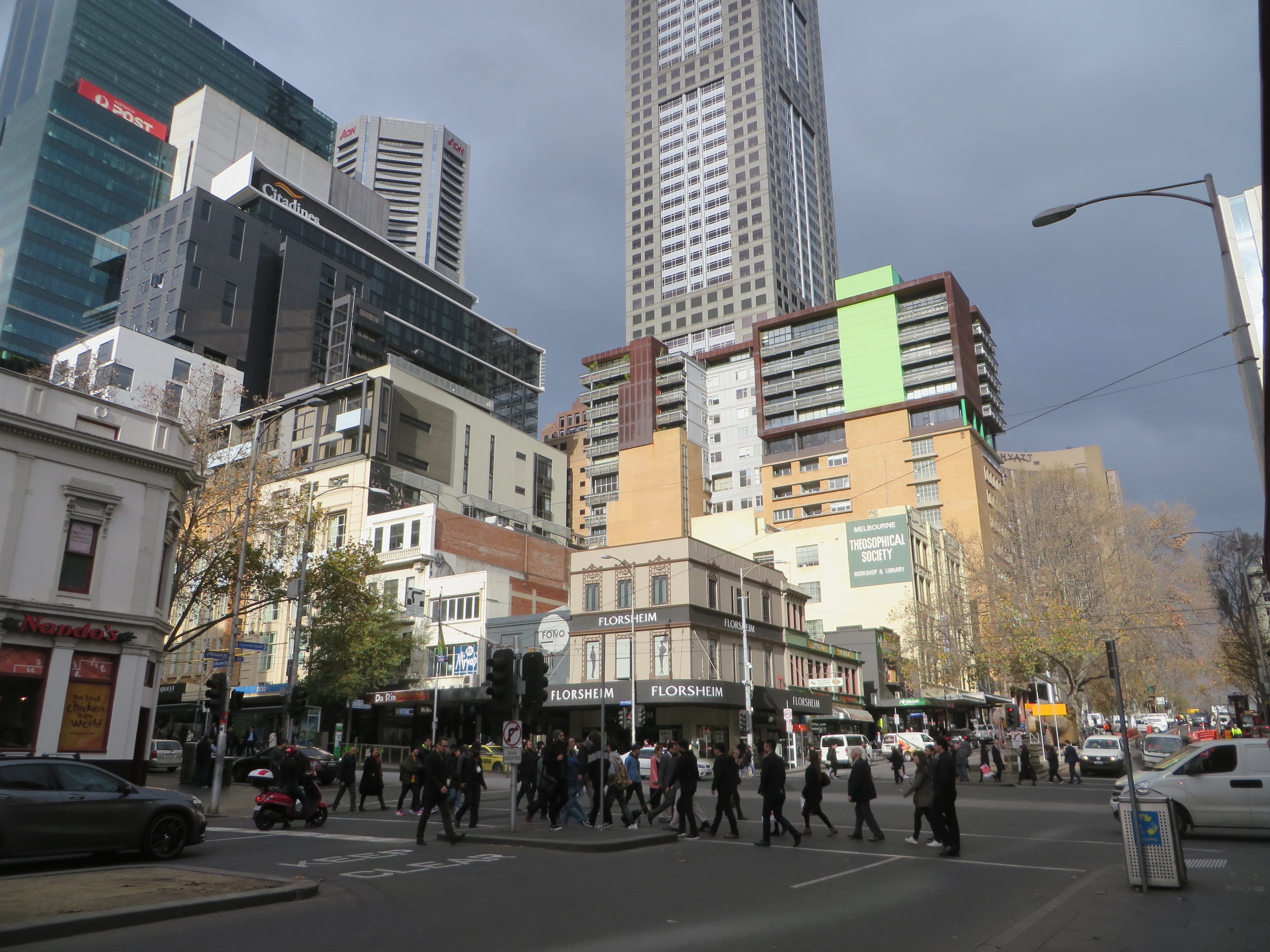 Similarly Melbourne is overflowing with malls that cut across buildings and through streets, book stores, bars, and restaurants where people line up in queues. Pop up night clubs are found in shipping containers or an previously empty alley.

On Elizabeth Street, skate kids, singers, and performing artists hang out in front of the main library. 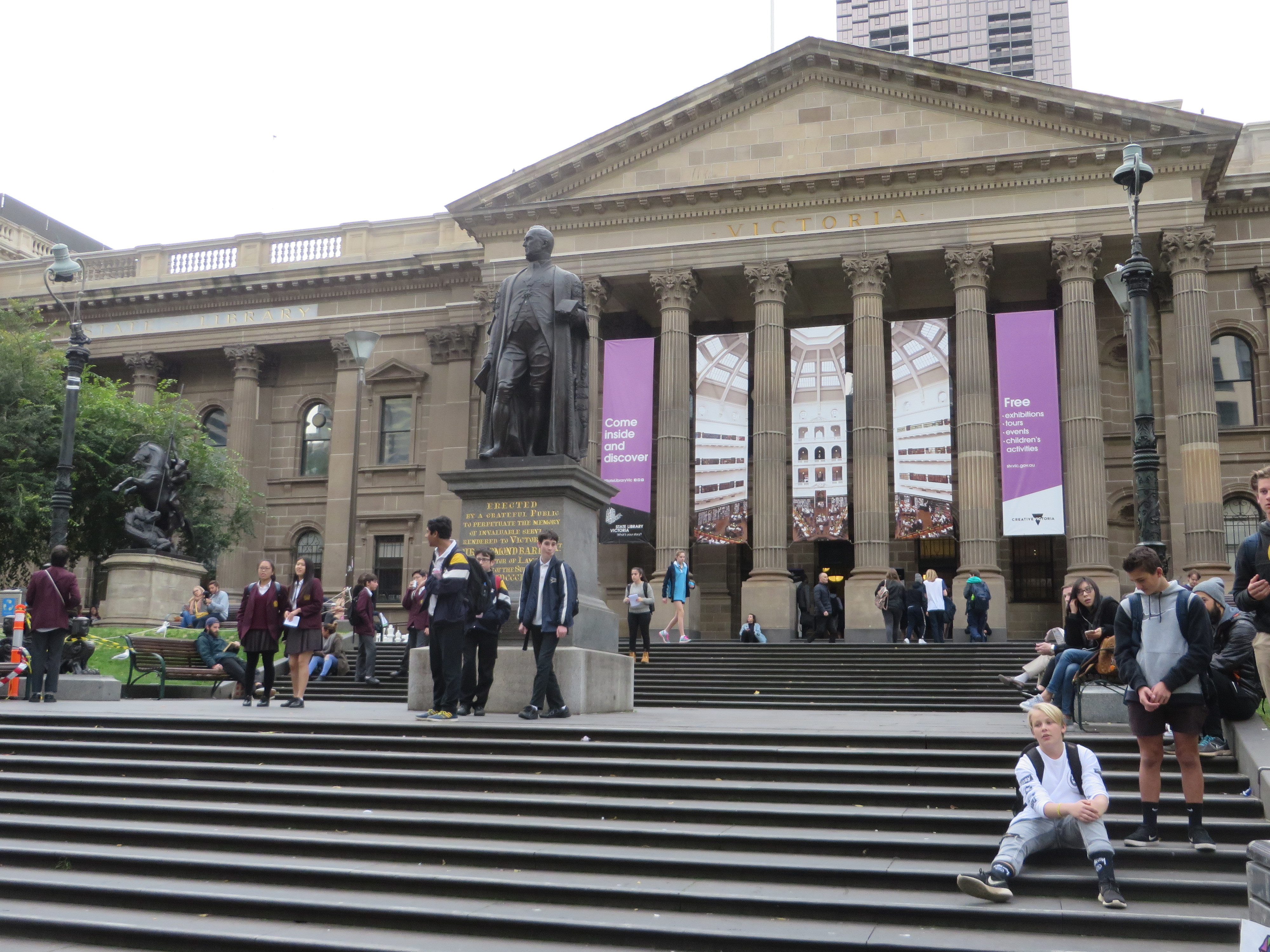 The fashionable people seem to have walked from the hipster Shimokita district in Japan to these streets. Americans are often found working the bars during their first time outside the United States in a place familiar to home. Young professionals walk around with their caffeinated drink of choice.

The boundaries are not apparent. Greektown, Chinatown, Fitzroy, Richmond, and South Side. You won't notice a different neighborhood unless you pay attention to the surroundings. Some subtle clues help you find your way around yet these distinctions don't matter. 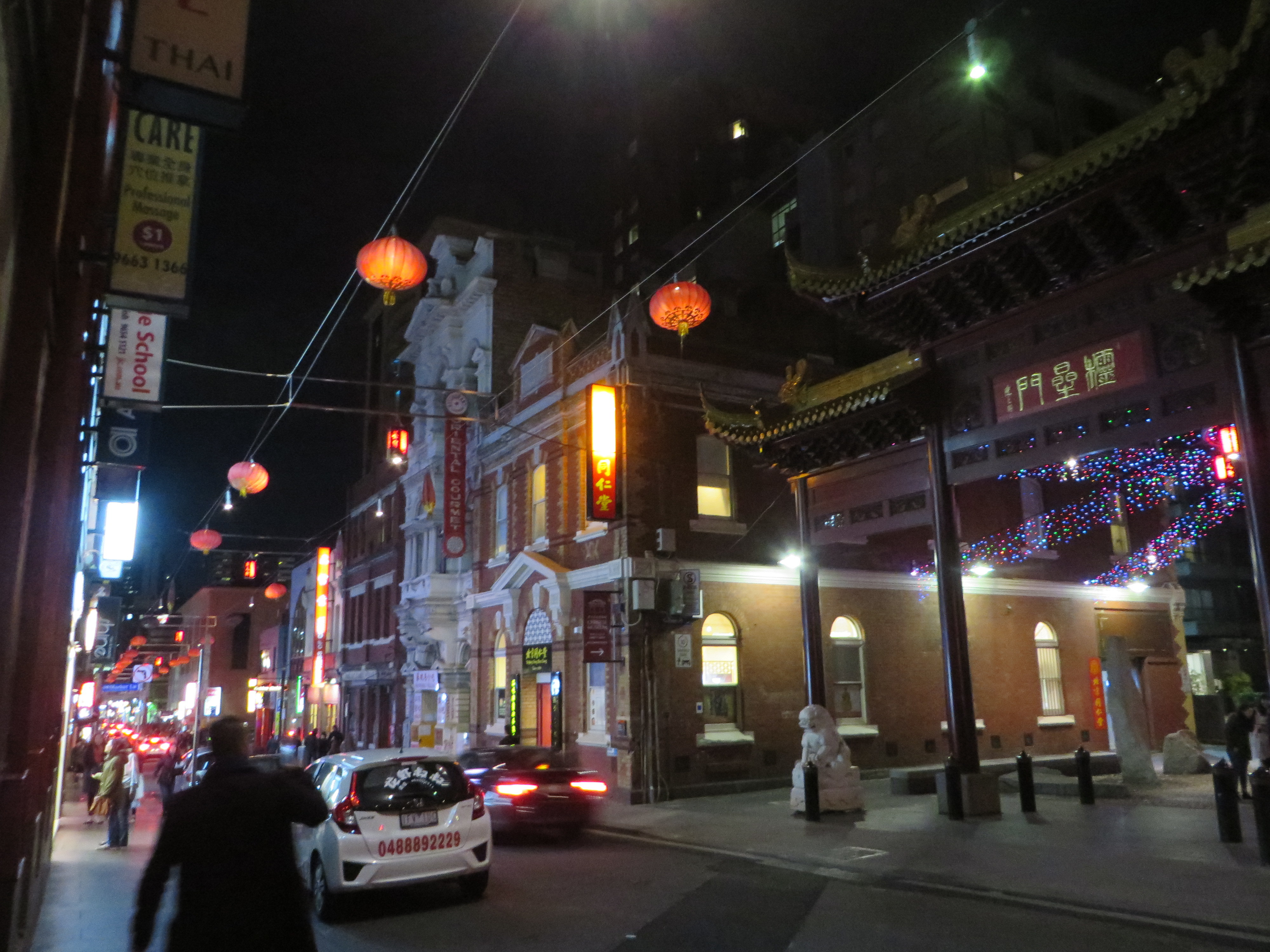 If it smells good, you follow your nose. If the music calls you, you follow your ears. If she or he winks at you, you definitely follow your gut. One could say feelings are frivolousness. You become spoiled because everything you want is within reach. 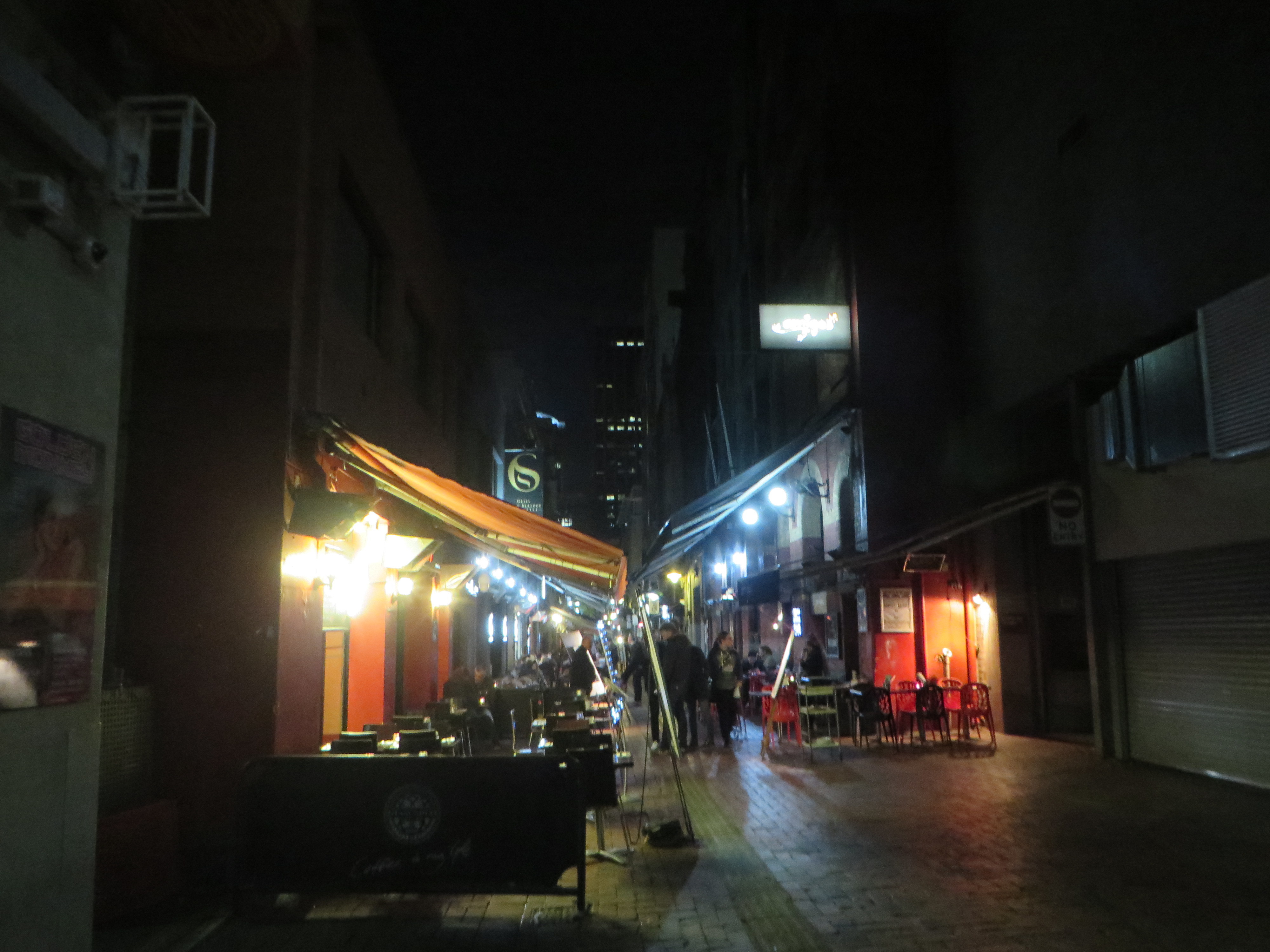 Yet there are also voices of defiance. I heard them during a protest against fascism in front of Parliament where various ethnicities, LGBT, and supporters were protesting against hate groups that were recruiting on that same day.

A range of voices, colors, and ideas are in Melbourne that are difficult to ignore. This is a middle finger to the country's white Australian policies. The country is not perfect, but it is still far from where it once was. 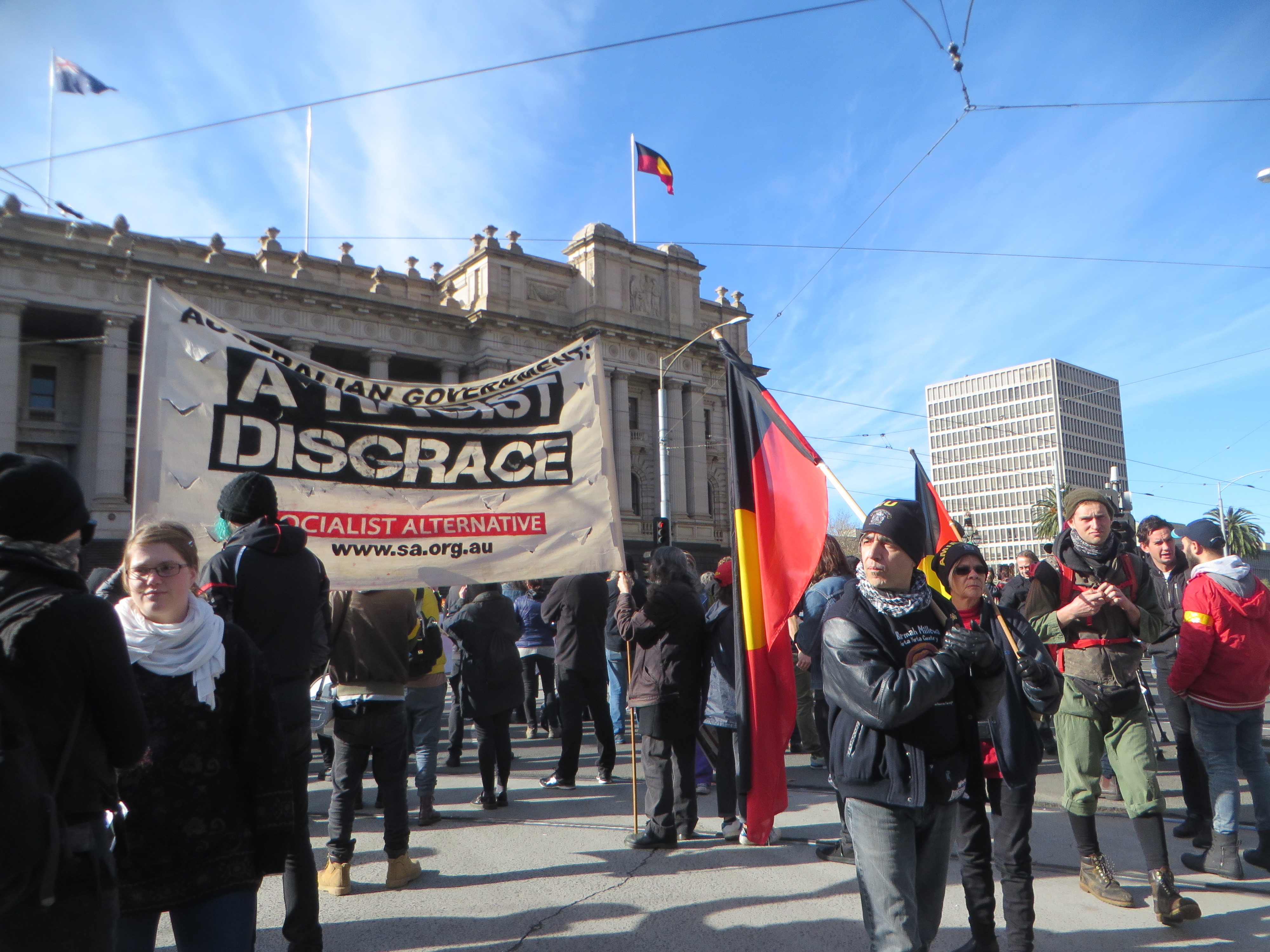 Everyone knows Sydney for a good reason. Young Ozzies would rather go to Melbourne. This is a lot to take in, but you don't have to let it overwhelm you, and when it does, you can always take a step back. 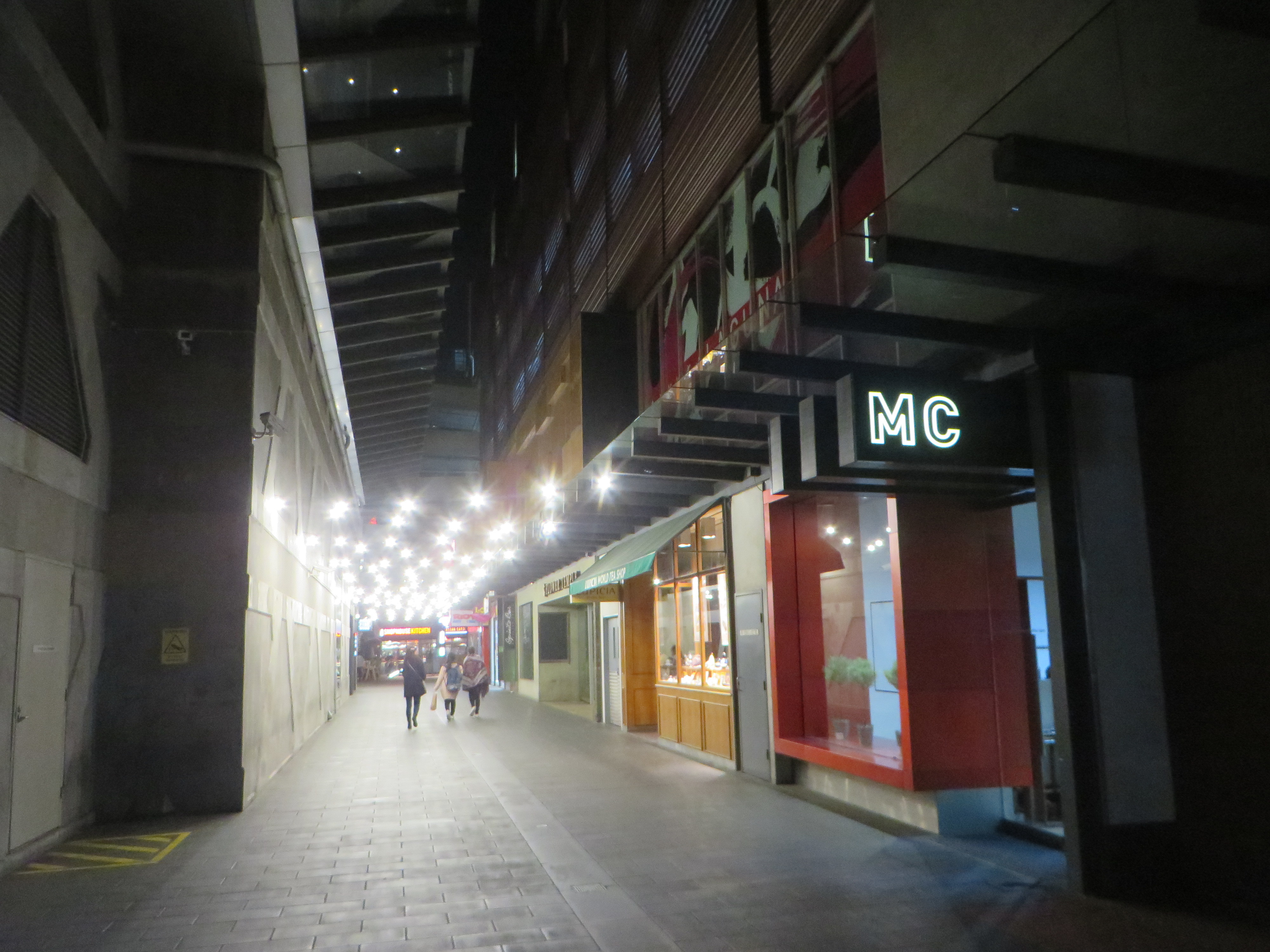 Getting out of the city takes no effort.

The 16 trolley takes you to St. Kilda, which is a beach side area with a cheesy amusement park in the background. Unfortunately, it was too cold to swim with their winter, and our summer, right around the corner. Instead, I watched the water and enjoyed the moments of solitude before finding a place to get warm and rest. 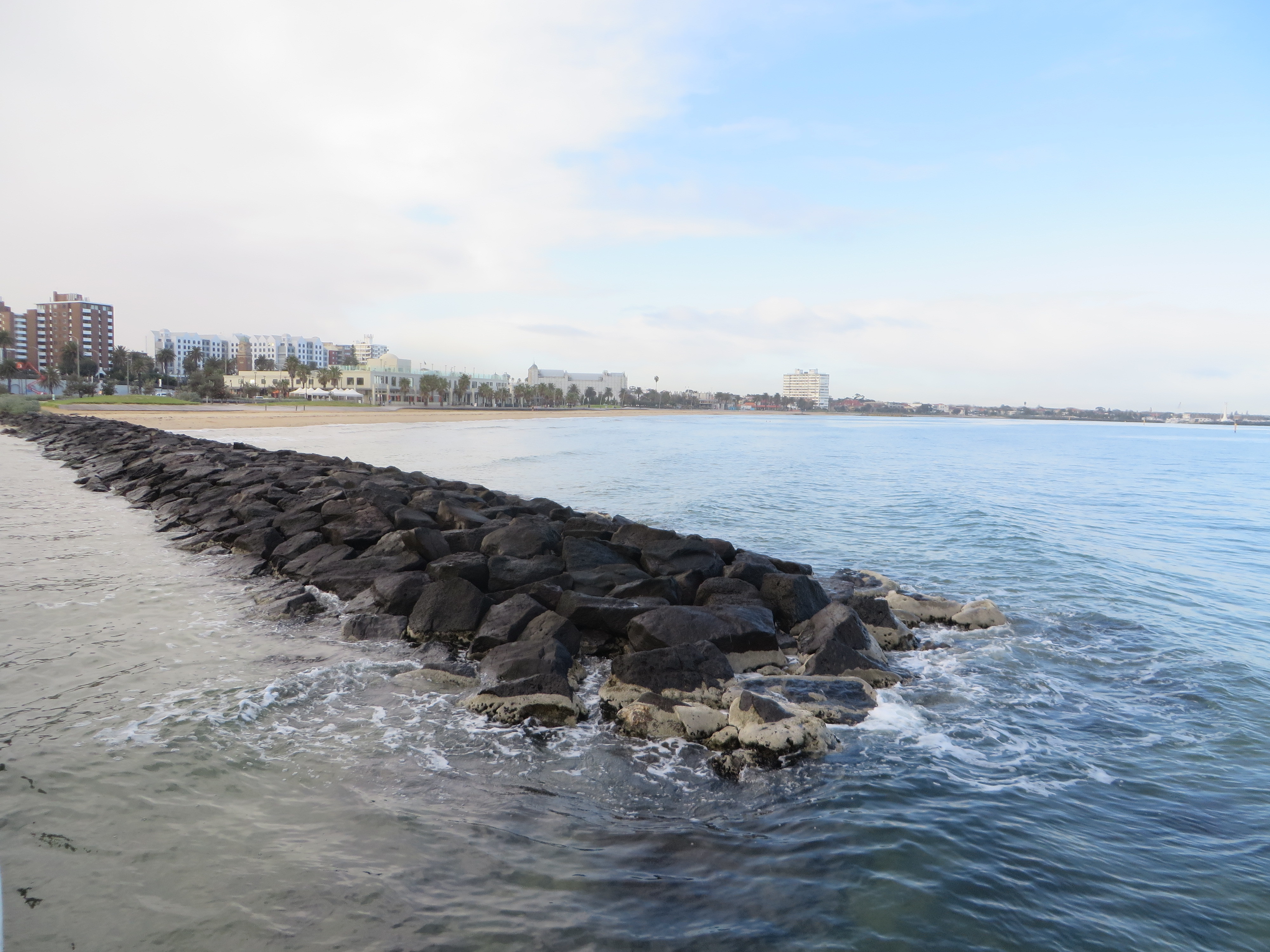 After settling down, I stared at the waves from behind my frosty mug of beer.

There was a party that night, but I was more interested in an Italian and dumpling restaurant that I heard good things about. I quickly made my way back to the trolley with the goal of making it to one of my destinations before the evening crowd.

Dumplings were out of the question and so I grabbed an Italian pie with ham, artichoke hearts and olives and made haste to my hotel to eat in solitude and enjoy every bite before falling asleep under the glow of the television. 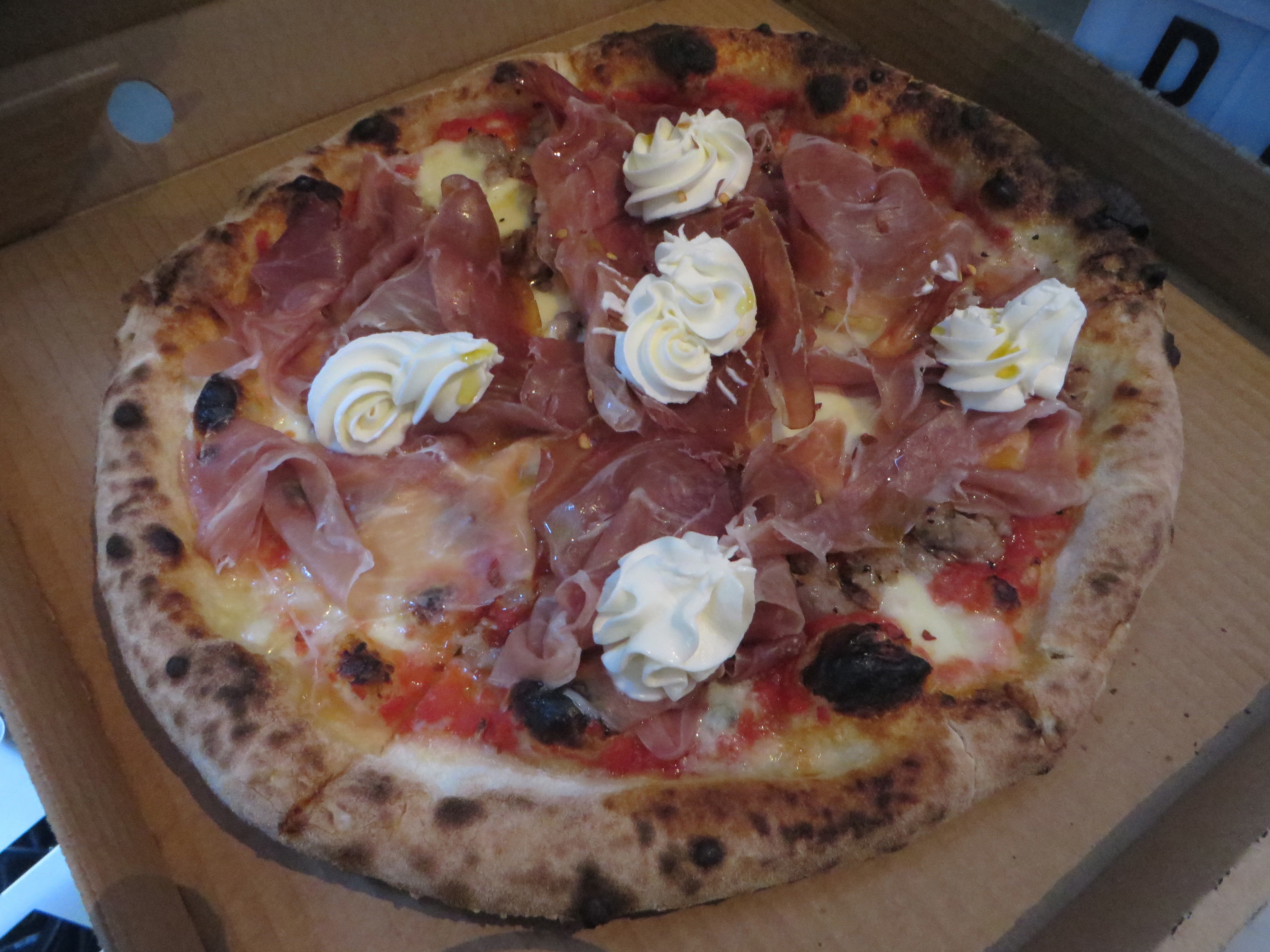 Soon, it was morning again.

I should not have fallen asleep after such a hearty meal. The clouds were being pushed back and the rain ceased, allowing the sun to once again reign supreme. 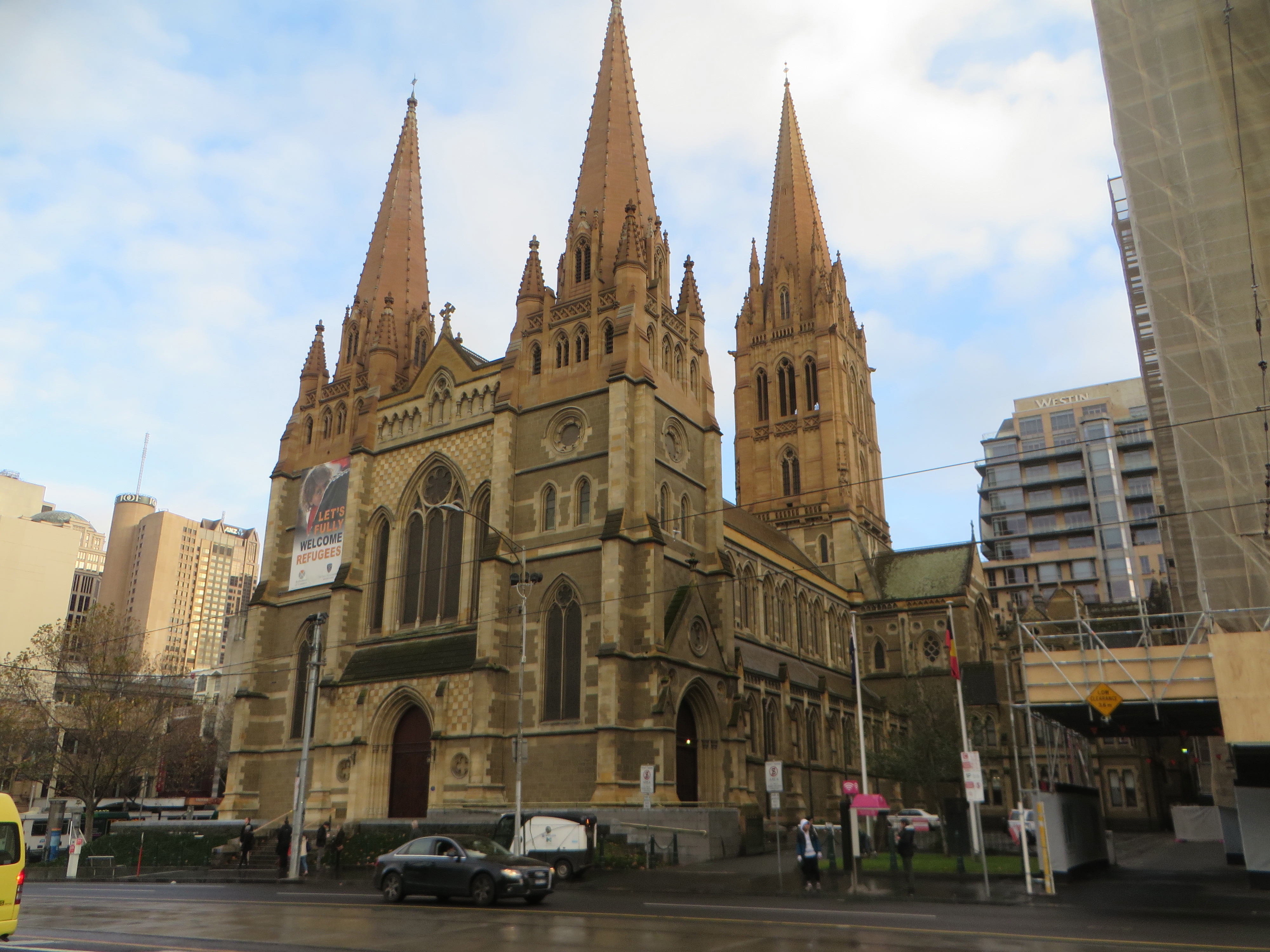 I sat back and took it all in being in less of a rush to go outside. The painting is coming back into focus. Now, though, I want to enjoy the view and the final slice in the box.

Cold pizza is sometimes better than a hot one. This thought goes through my mind as my final bite coincides with the last rain drops. 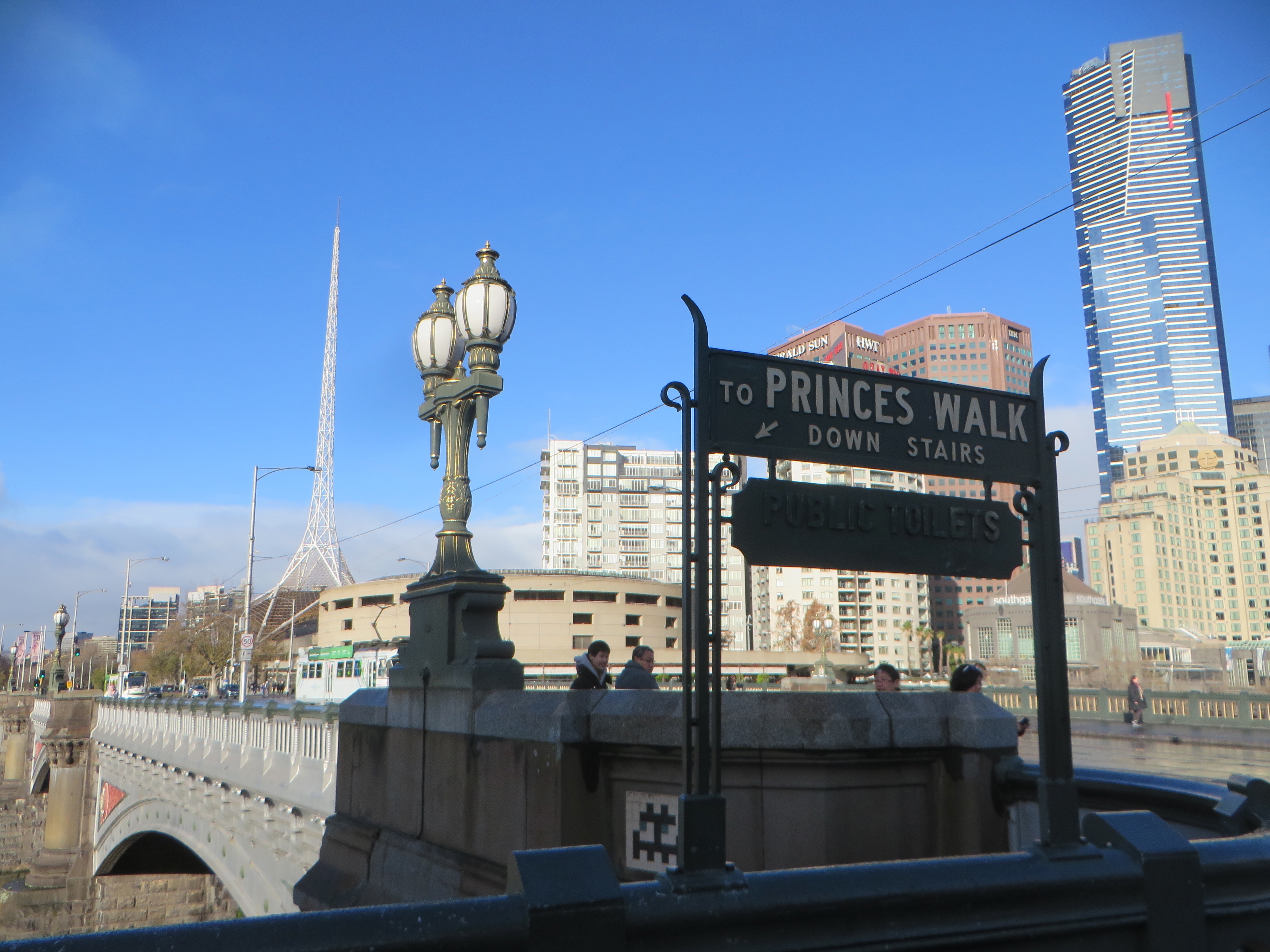 Today, I am going to hang out with some locals, share stories, and have a few drinks. I realize that is why Ozzies come here. It's easy to make friends, pass the time, and difficult not to spend your days eating, talking, and watching the clouds give way to the sunshine. 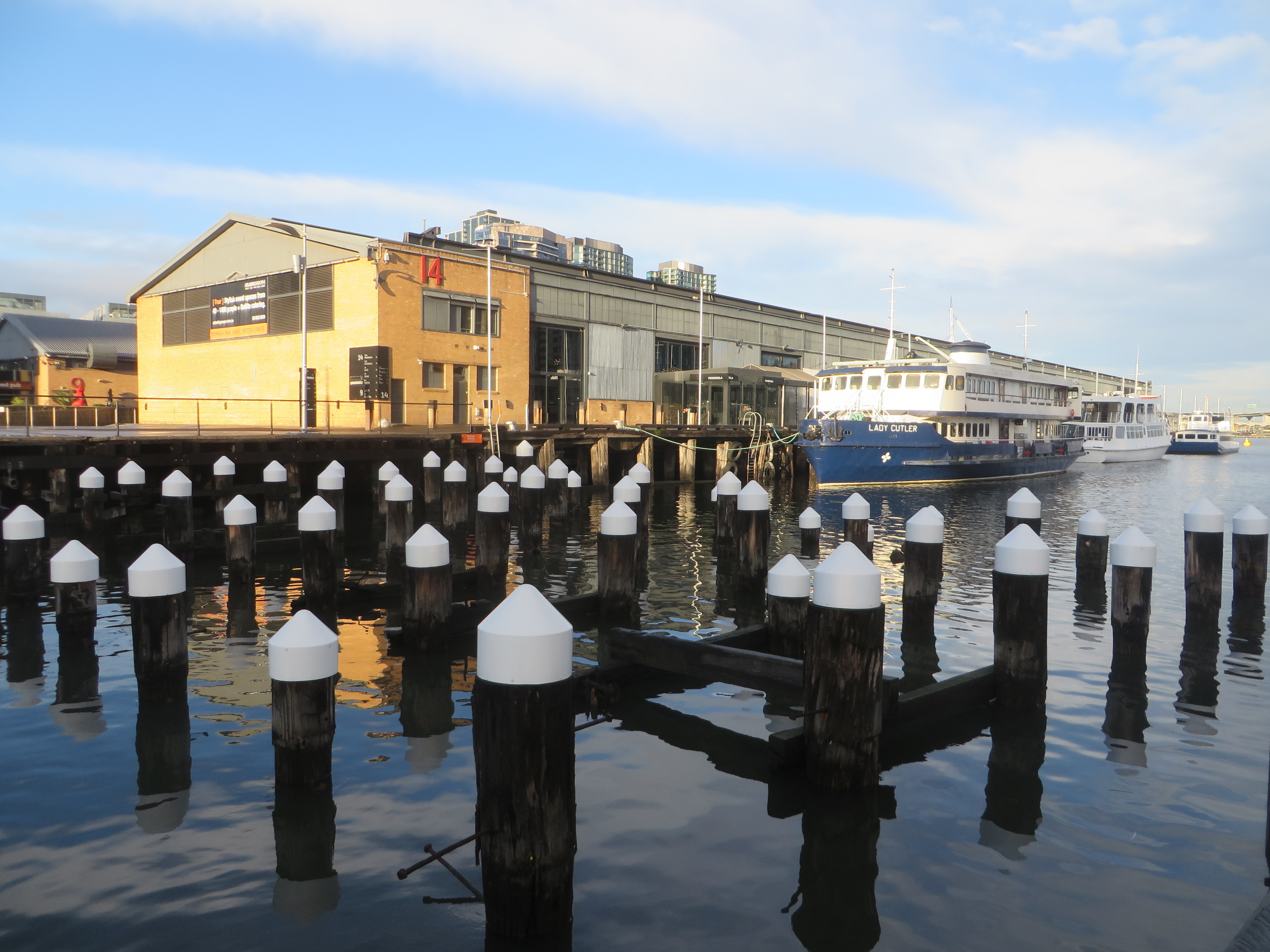 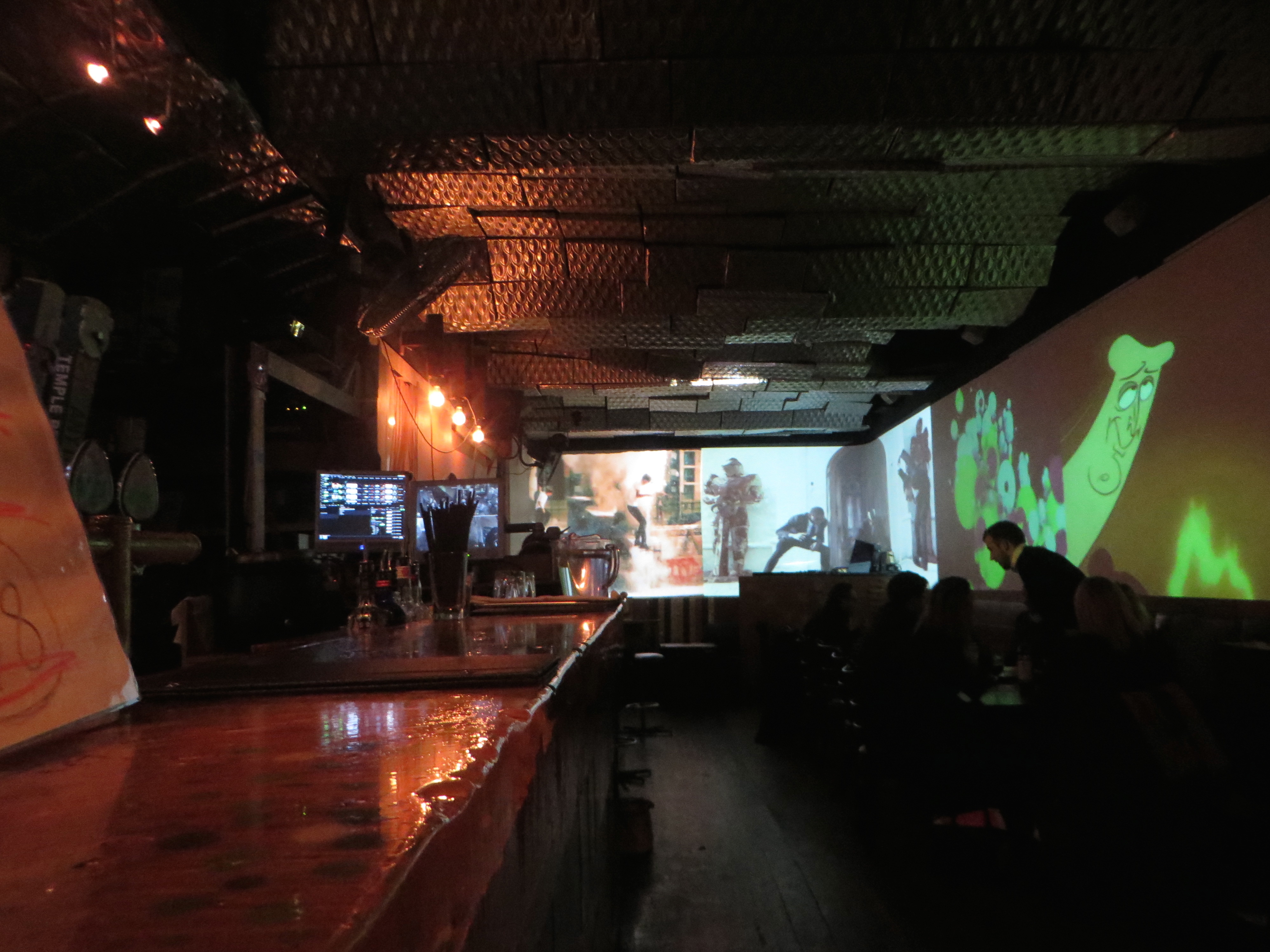 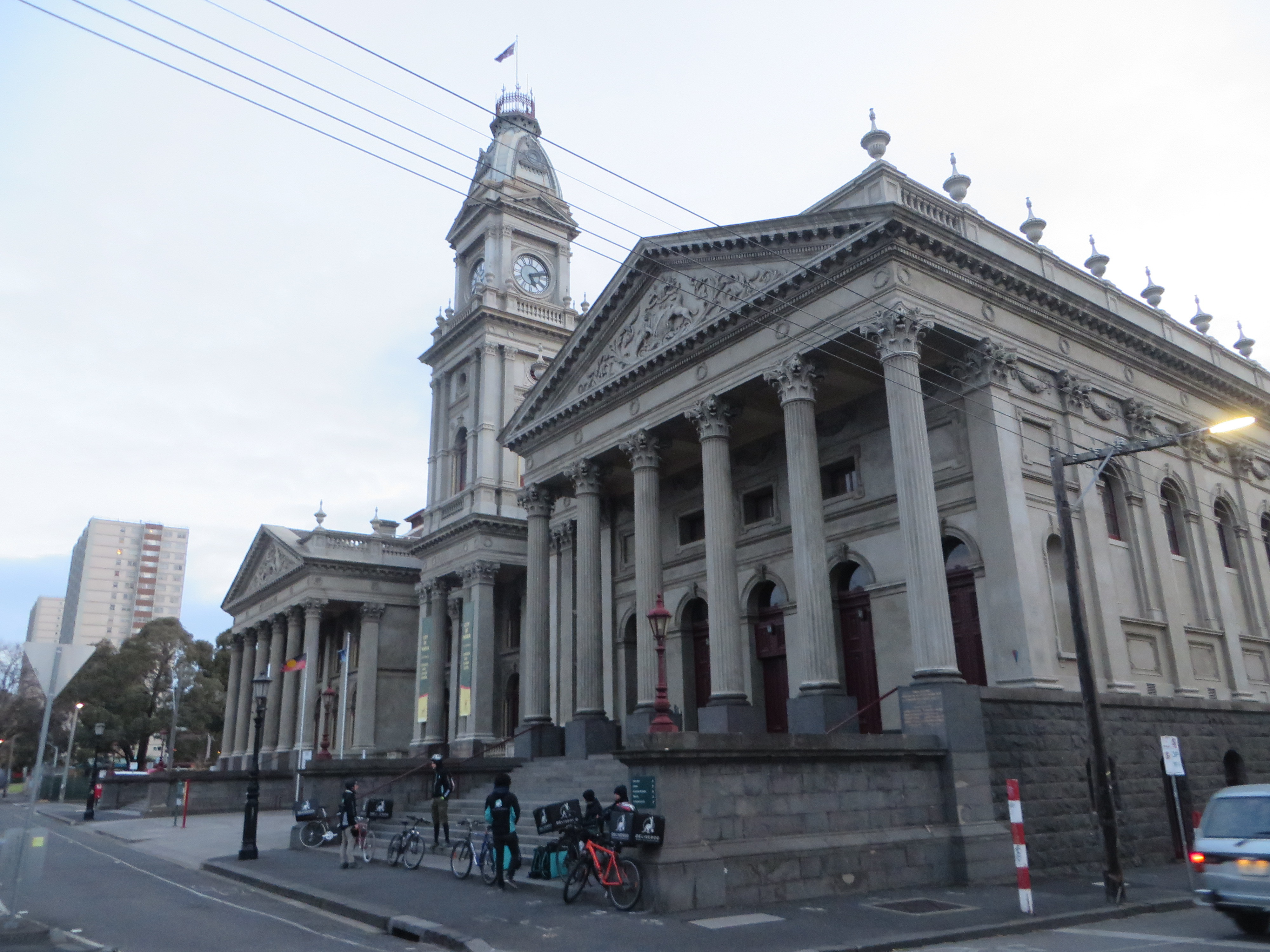 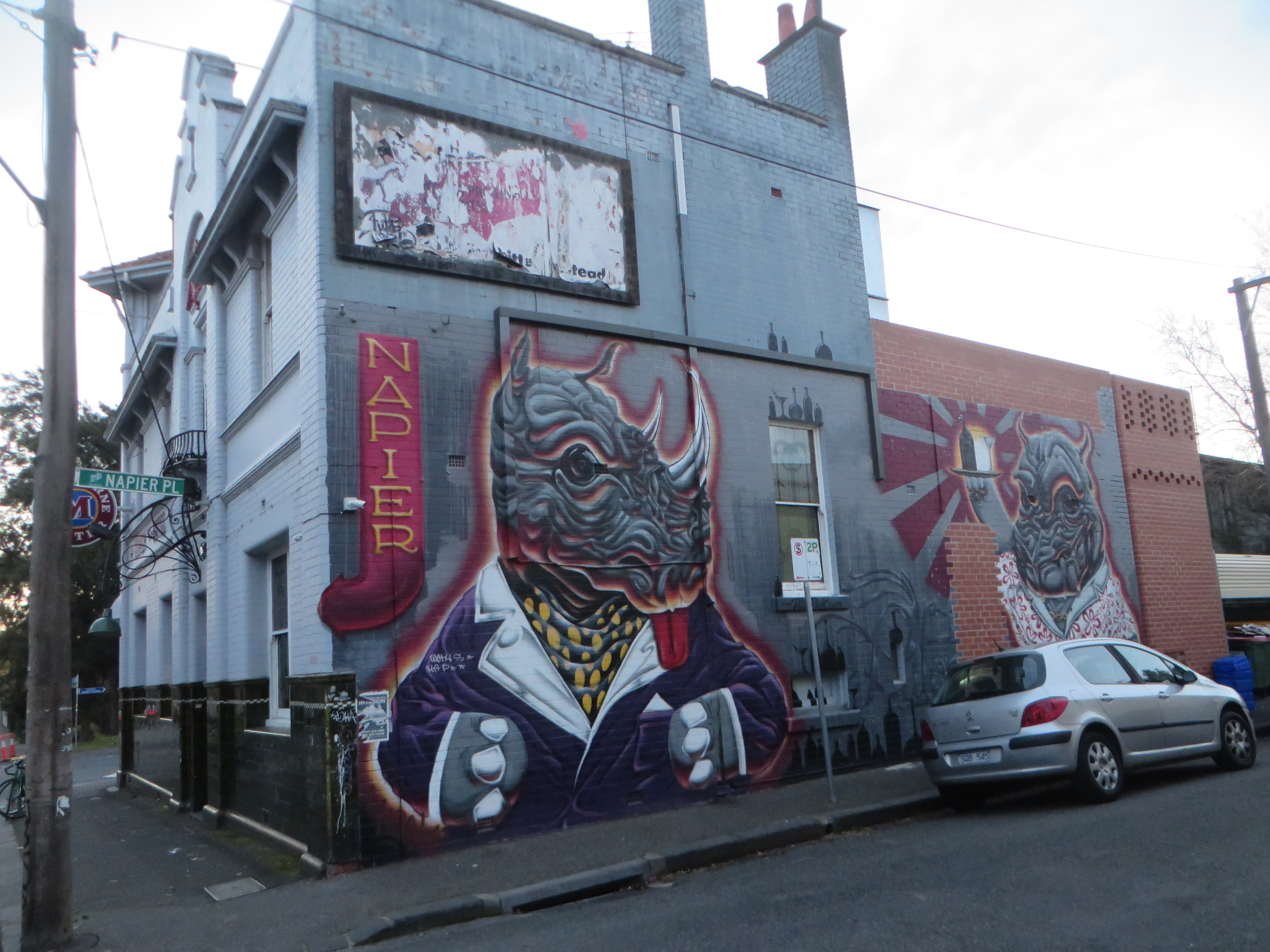 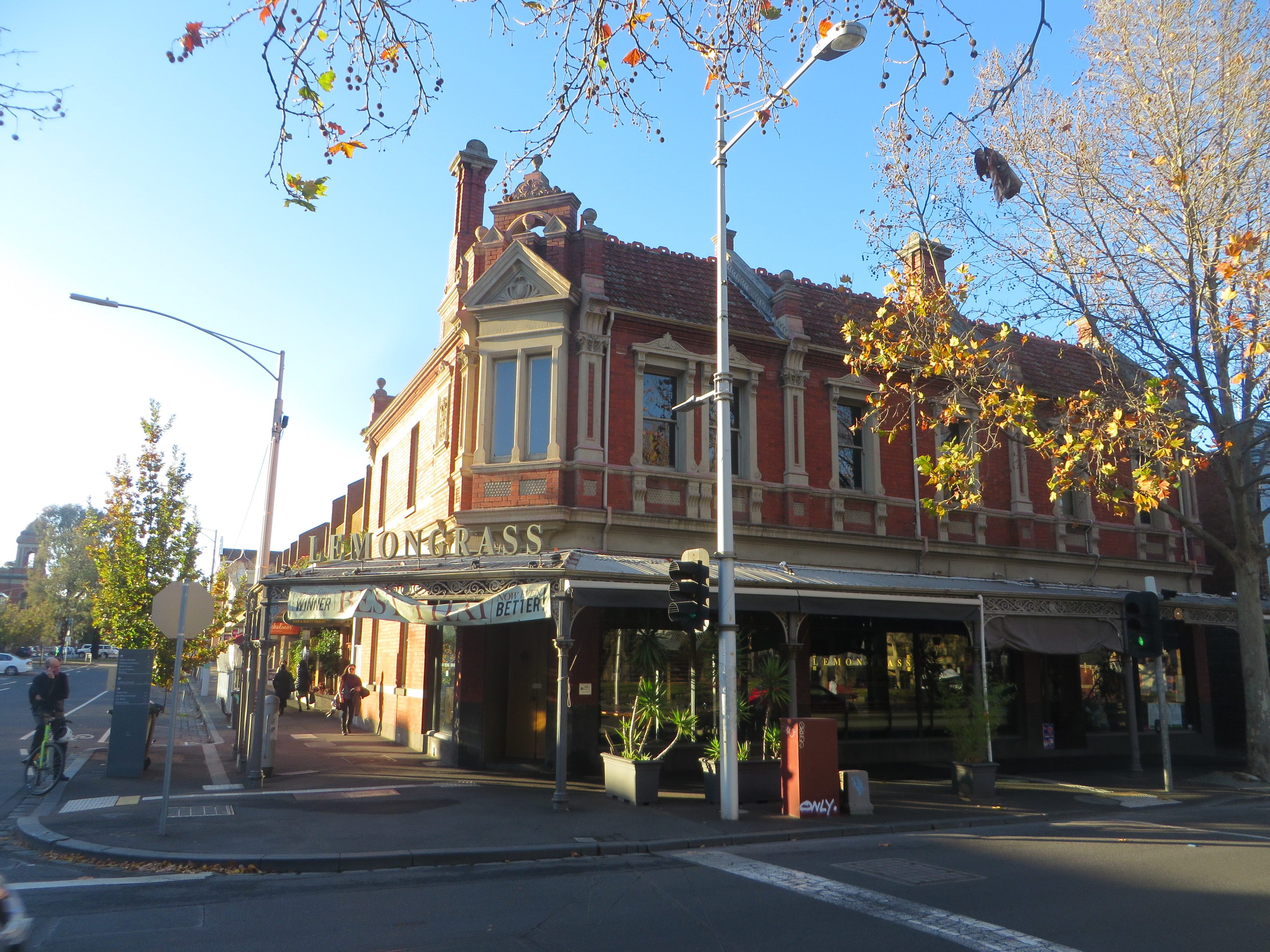 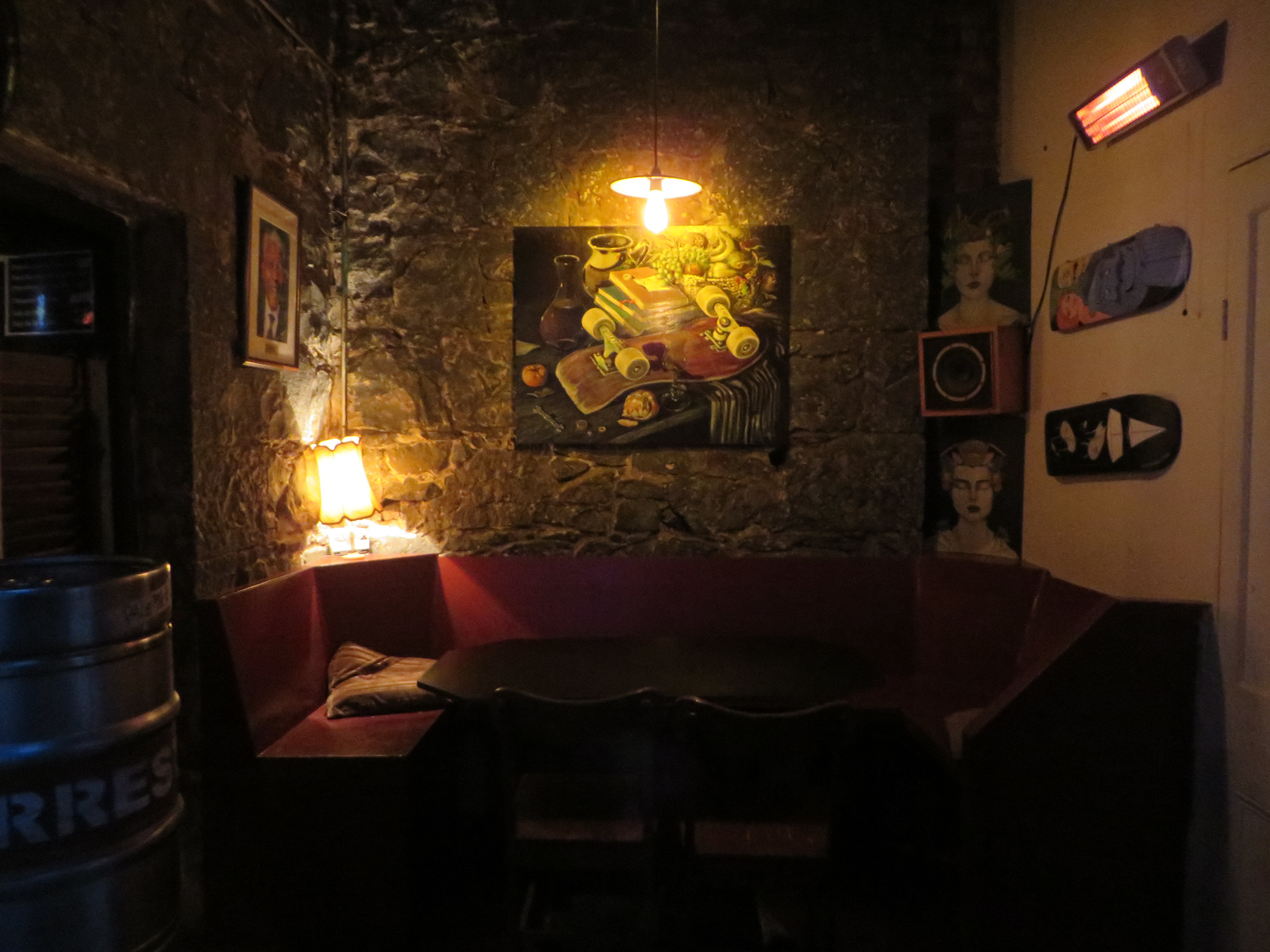 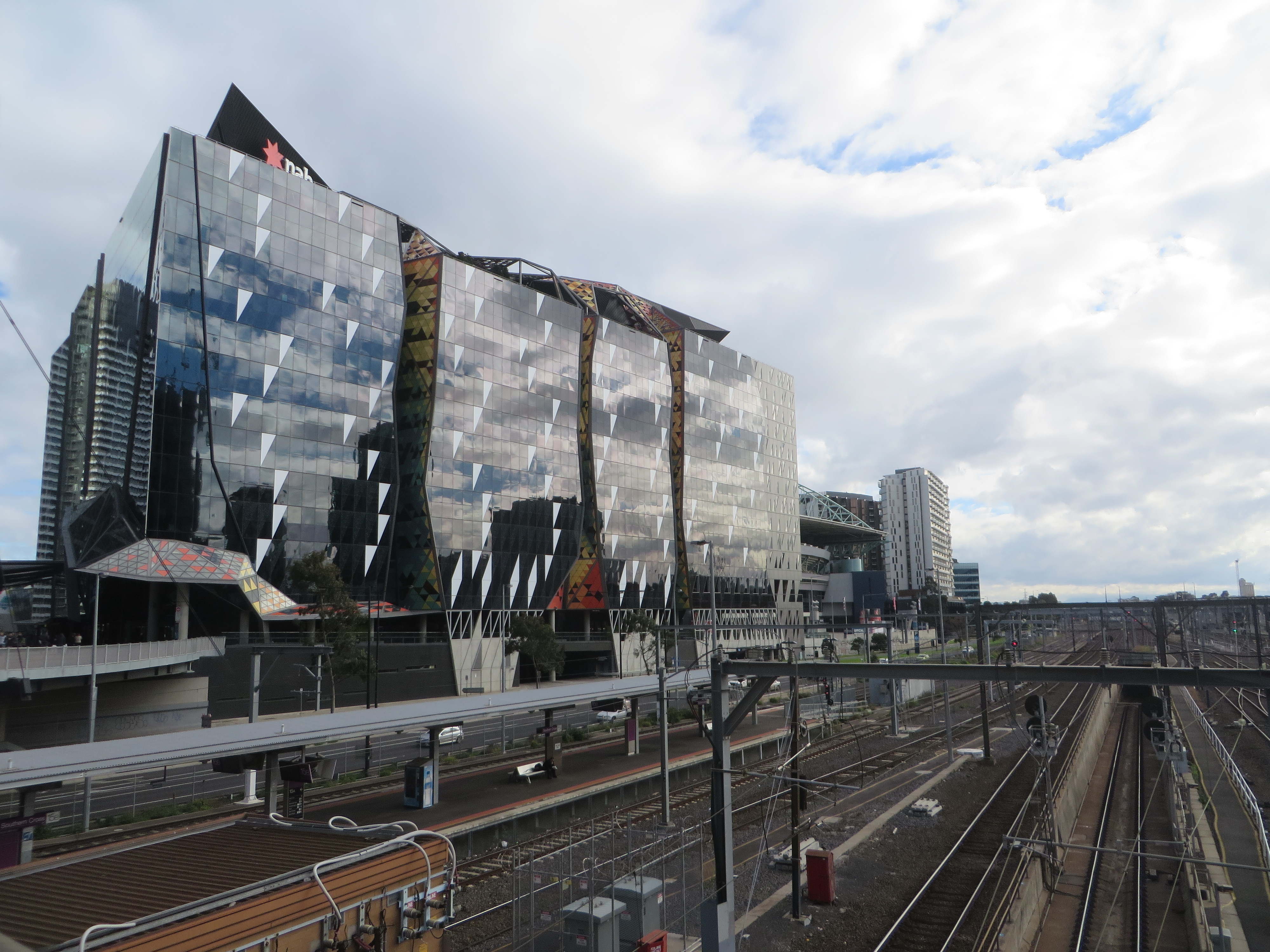 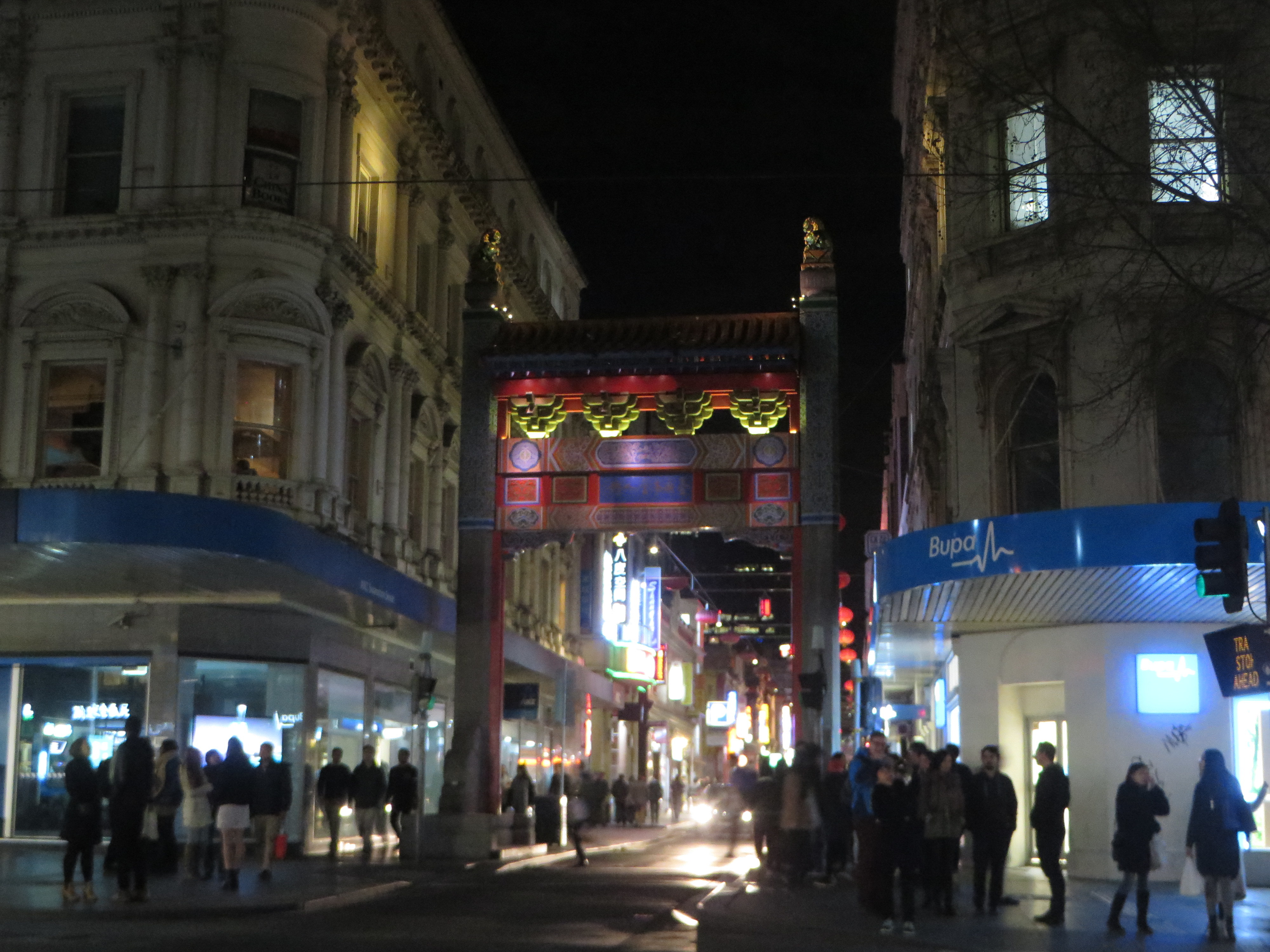 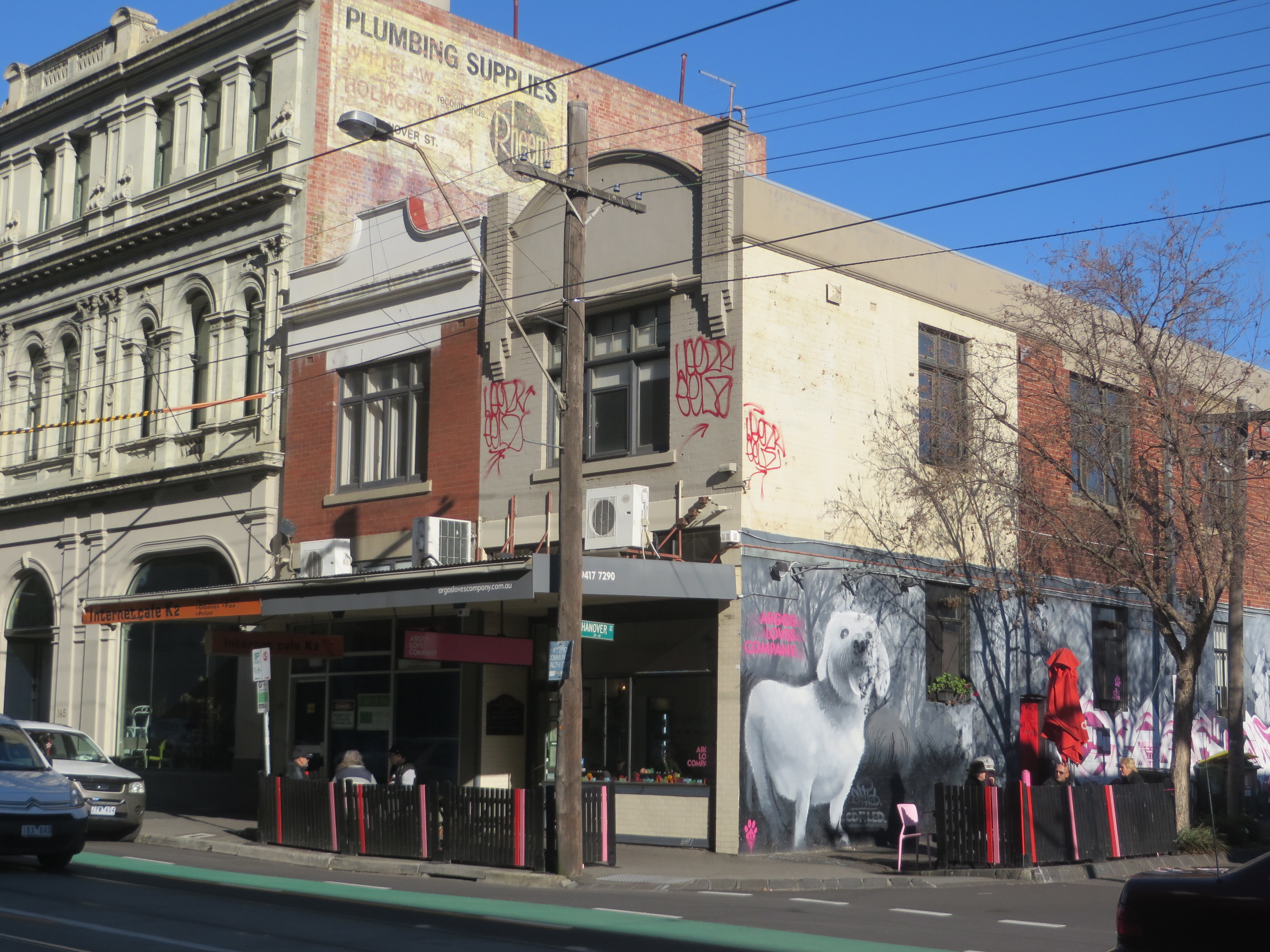 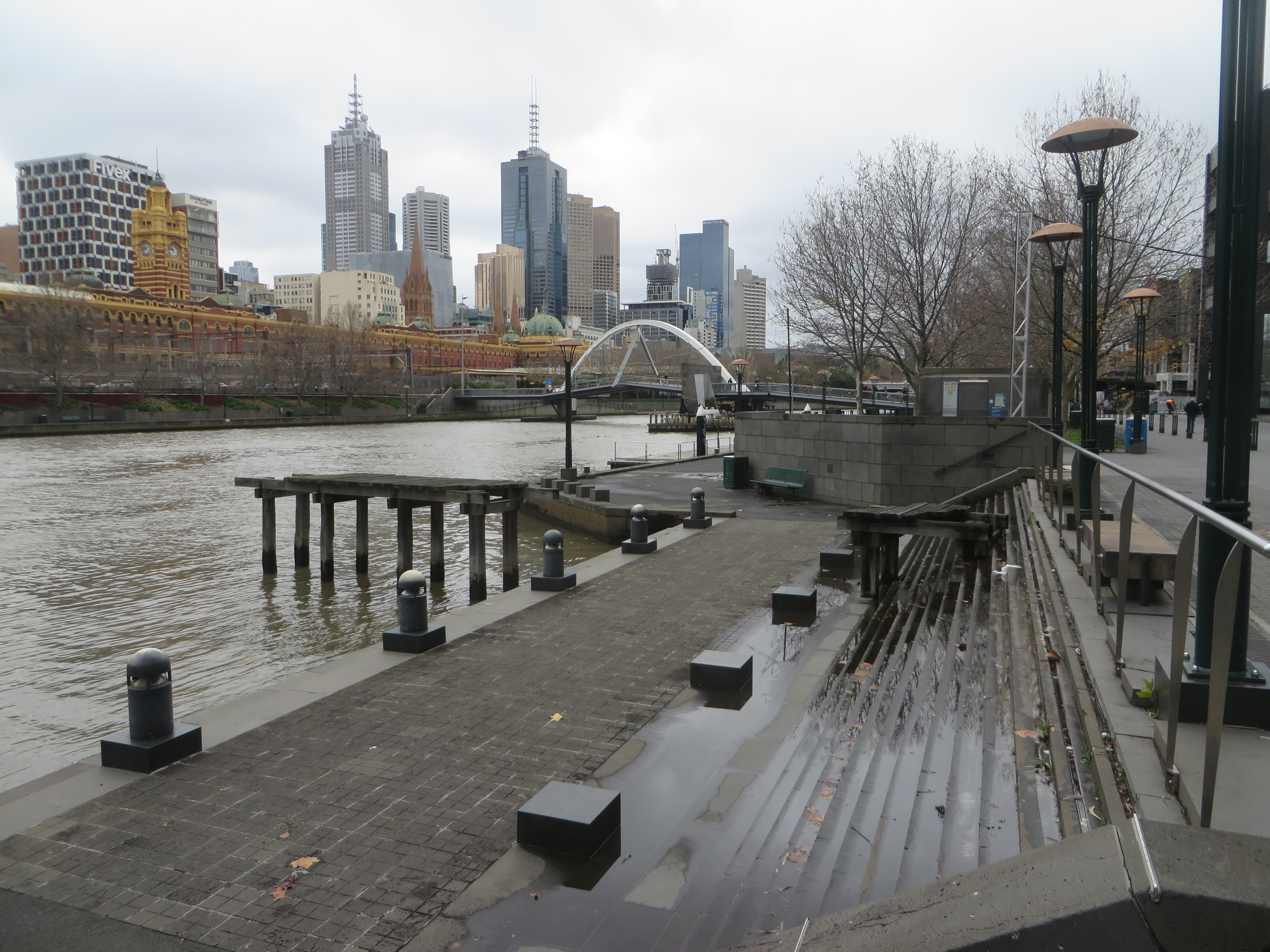 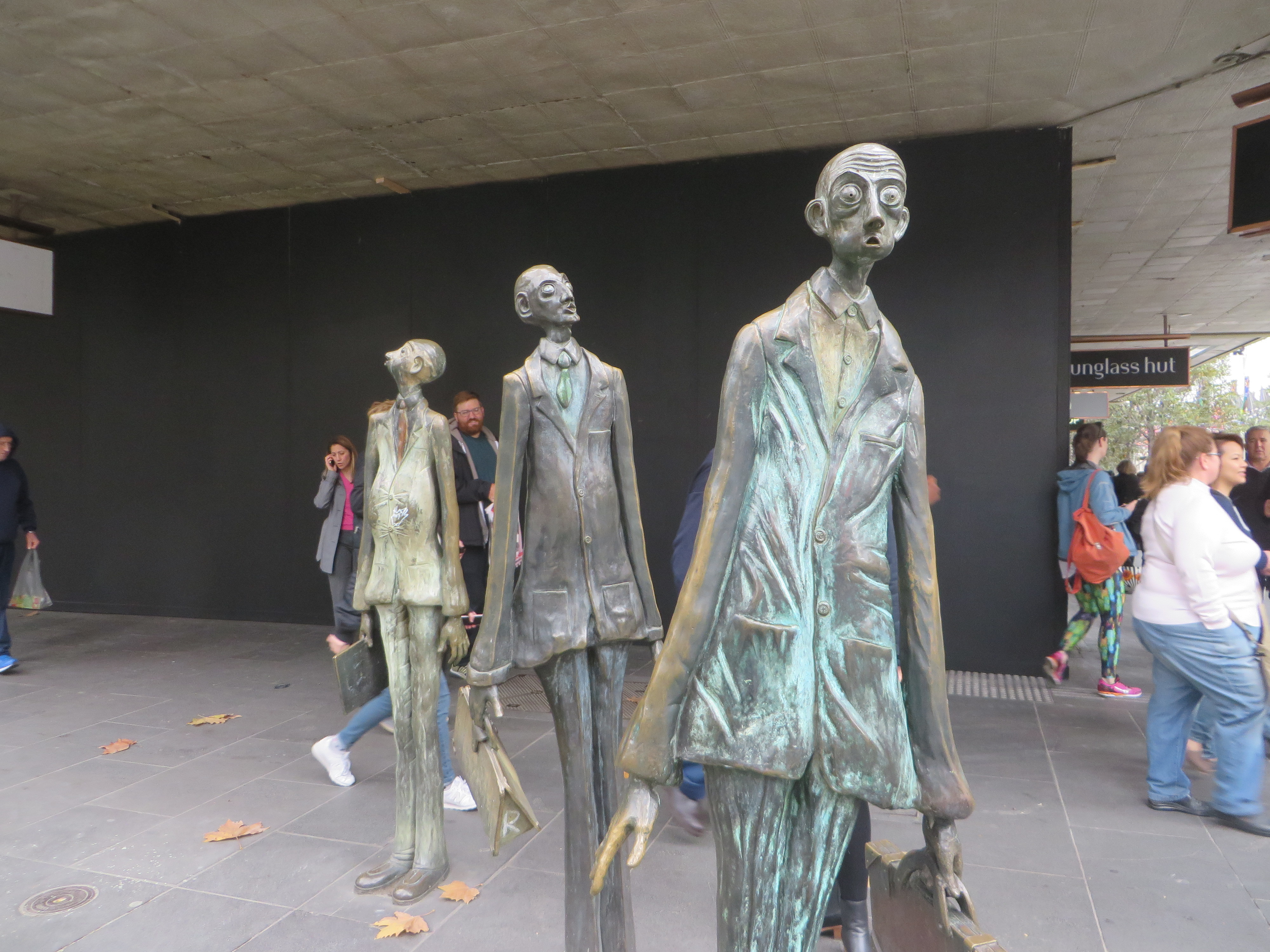