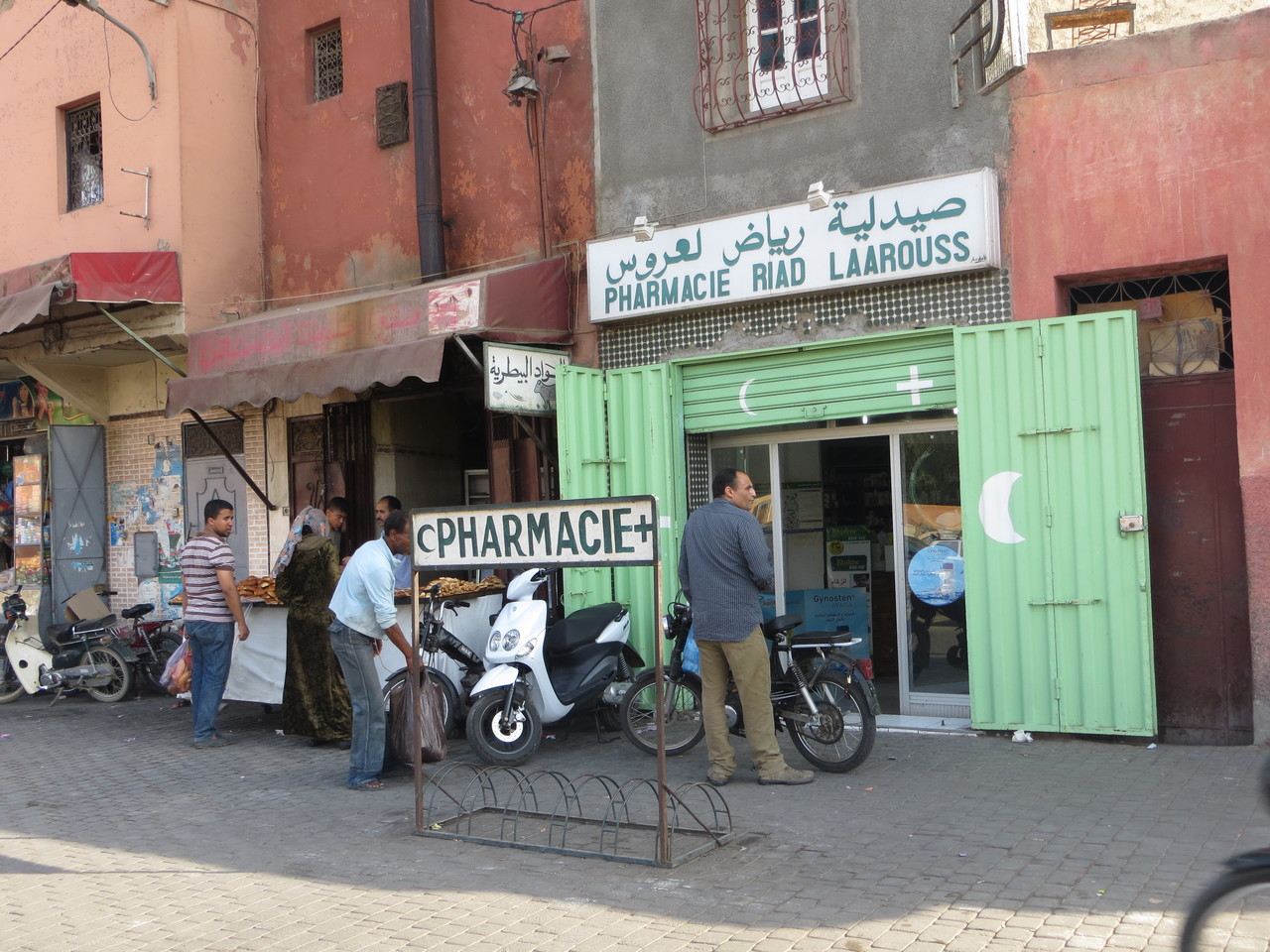 One of the most beautiful sounds I had ever heard was a chime that brought silence to an entire city and what followed was the chant of,“Allahu Akbar”as devout followers of the Islamic faith turned to Mecca and began prayer. What preceded was the night sounds of people laughing, joking, and enjoying themselves as we eavesdropped from atop our riad (hotel), gazing into our neighbor's homes as the stars shone overhead. 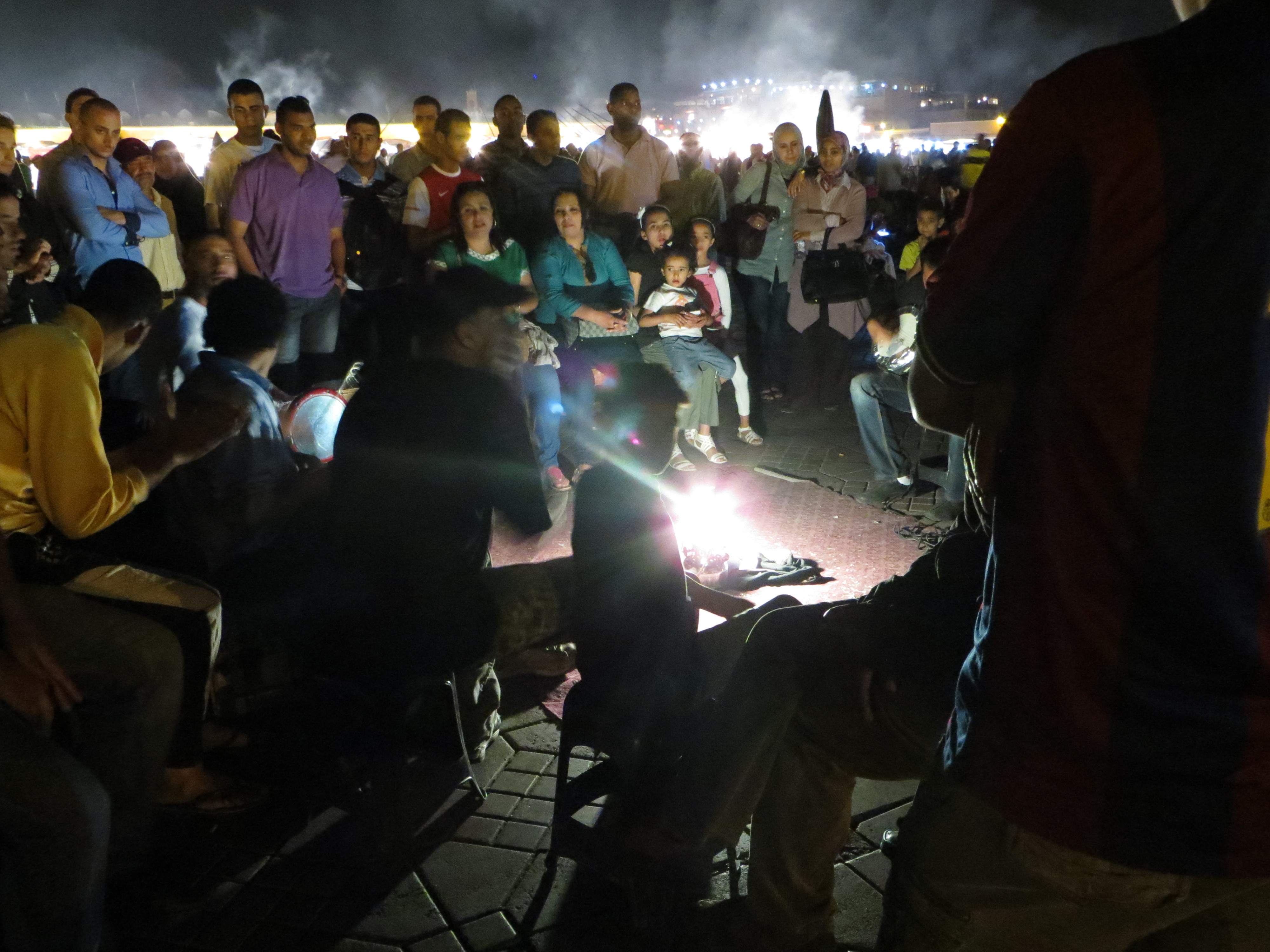 Days were spent walking the medina and people-watching as vendors sold sweets surrounded by flies, under the glow of the desert sun. Motorcycles and quads zipped by and people crisscrossed the road with urgency. While towering above you are palaces where the King, his family, and friends sit separated from citizens by massive, adorned walls with guards standing 20 feet apart from each other, plus more around the entrances. While on the other side of that same street you find men sitting together avoiding their wives, smoking, gambling, and drinking hot tea to cool down until the sun starts to set and they return home. 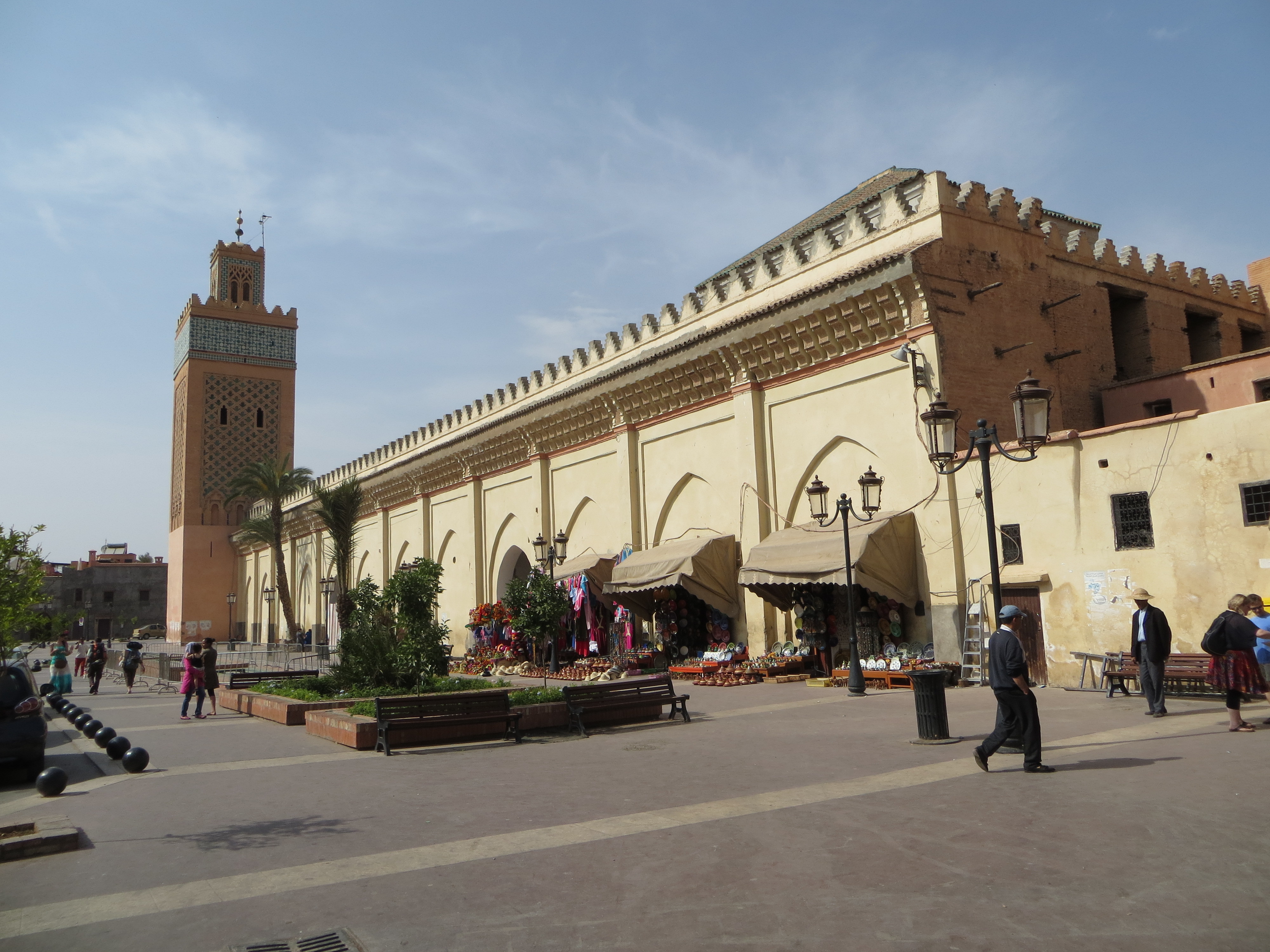 Right outside the medina sit buildings and hotels that are close in proximity, but in many ways miles away from the old city. There, vacationers sit in lavish restaurants and lounges surrounded by glass structures of decadence on a street which has changed names so many times that maps prove useless, and show their real value as fans to ward off the heat. It is there you see the fumes of traffic as cars zip by and children play and bathe in a fountain. Meanwhile, in the medina, the souks (marketplace) sell everything from rugs, jewelry, antiques, and food all for a negotiable price, with merchants aggressively vying for your attention and business. 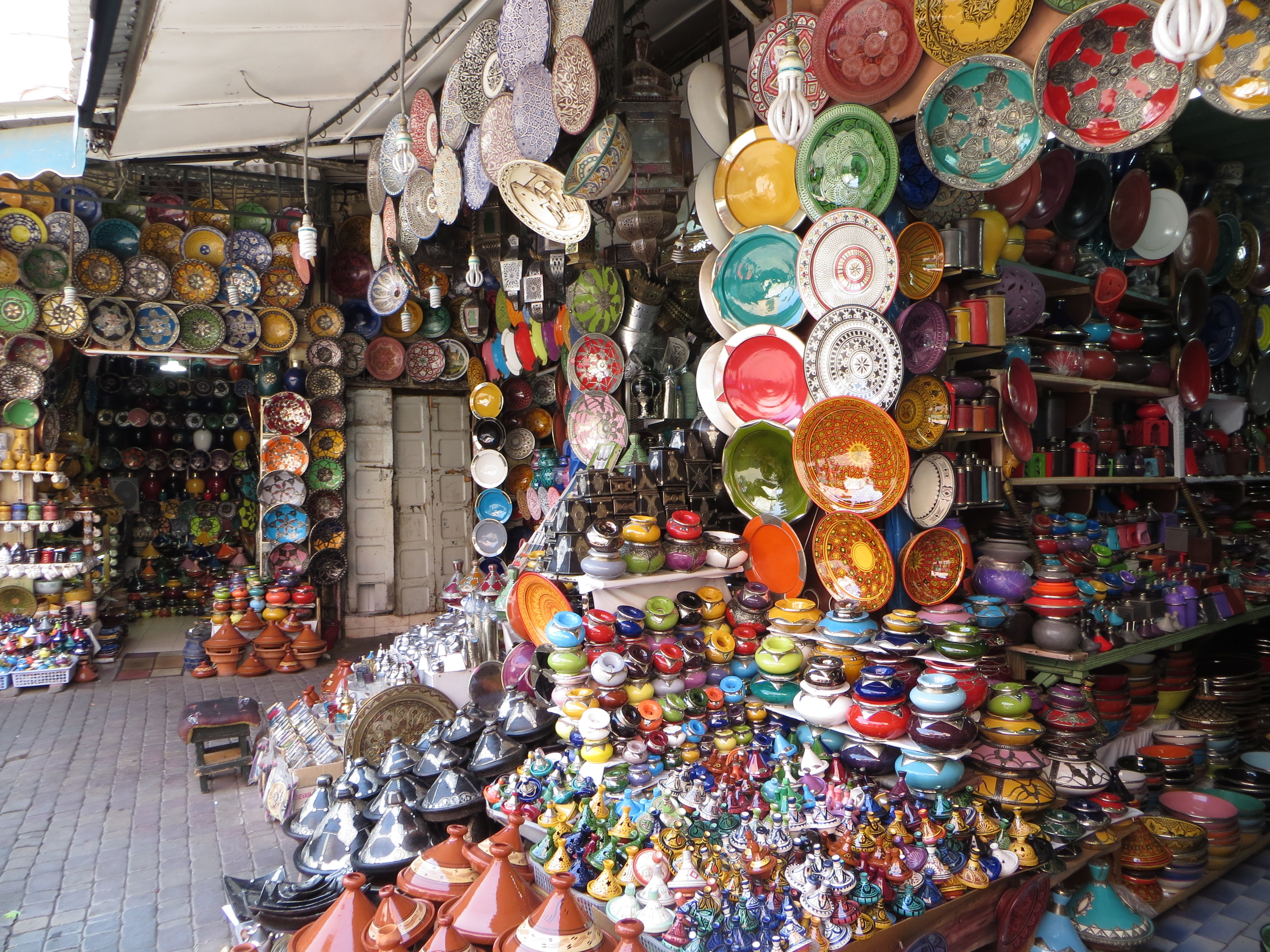 The riads are elegant; a piece of art with abstract, mosaic design on walls and doorways. Archways draped with dark red curtains and beds that are huge like a sultans with tungsten lamps on either side, romantic and cozy. 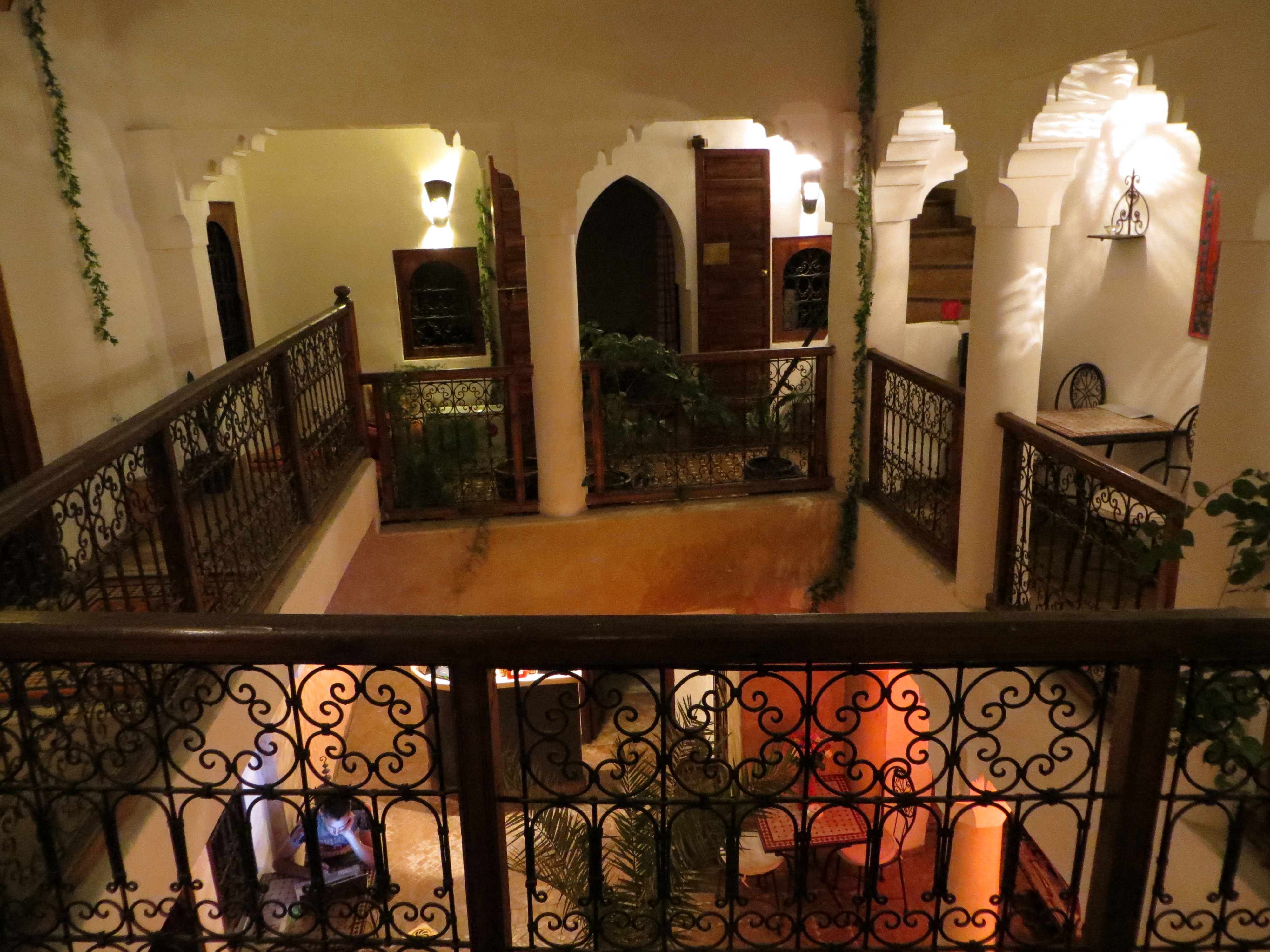 Jemaa el-Fnaa Square, the largest in the world, sits as the centerpiece of Marrakesh. It comes alive at night, with games, snake charmers, jugglers, monkey handlers, and children running and playing with their families. The food is the main attraction. Rows of vendors with everything you desire, and more. Women dominate this area, observing how food is prepared and striking those who do not perform their jobs well.

The locals, whether night or day, often come off as friendly but turn into salesmen hoping to seal the deal with a handshake that will not unclench until they can get you to agree to a tour, or whatever service they offer. Their tactics shrewd and clever as they know everything which makes most tourists feel at ease. The more aggressive ones give up after eight or nine no's and a short chase while others feel obliged to simply curse at you. There are even those that warmly invite you into your home for a meal or tea which is also a tactic to get something from you possibly from duress. 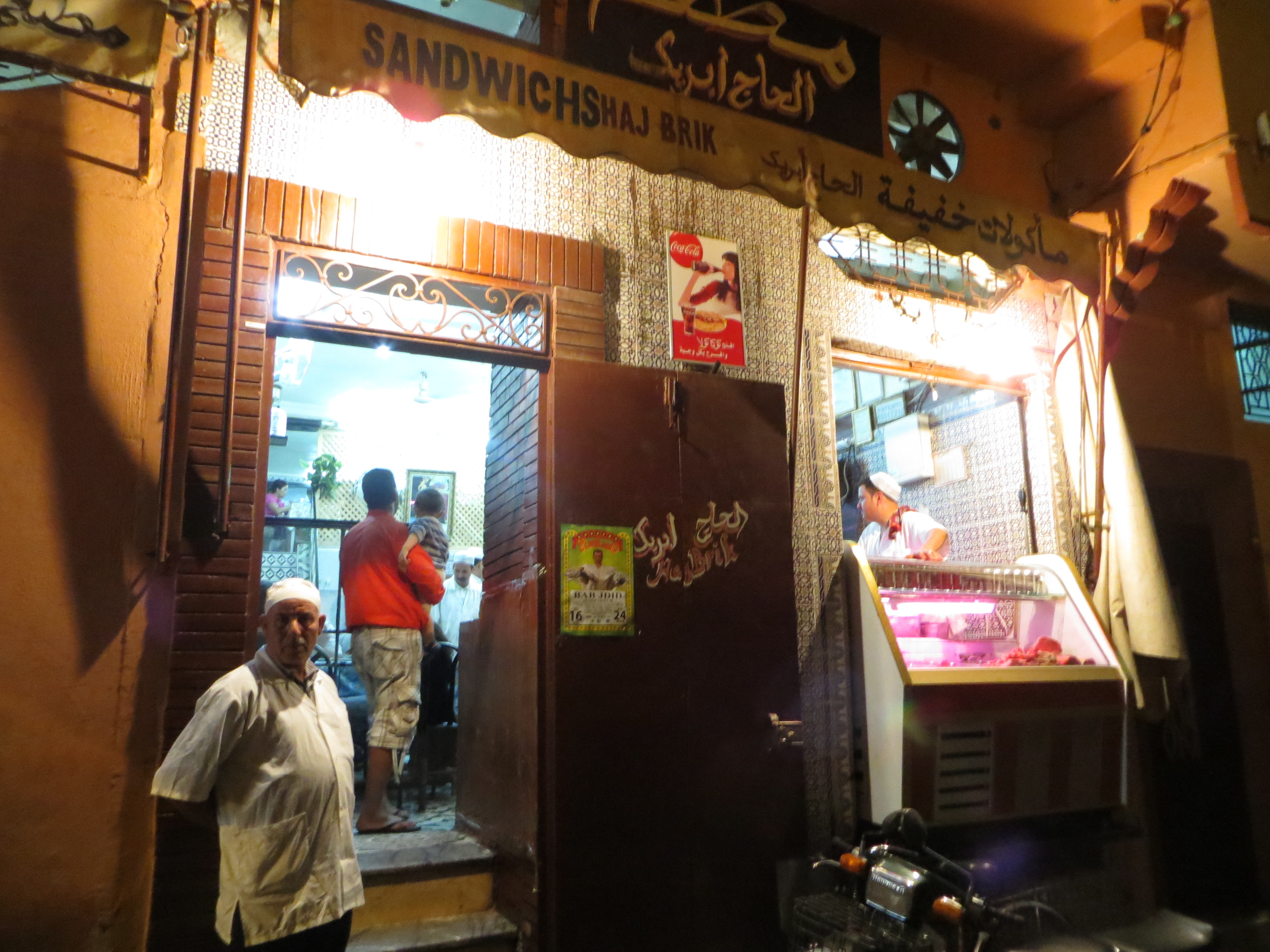 Cab drivers are sometimes quick to changing the terms of arranged fees for transport when it seems fit, are but necessary to get around quickly. Venture into the desert, and you'll find a handful of gentlemen all willing to negotiate rates for you to ride their camels for 30 minutes or more. The desert also houses the wealthy, who live in castles of their own making. The desert treks take you up, down, around and back again conjuring images of sultans with their caravans. 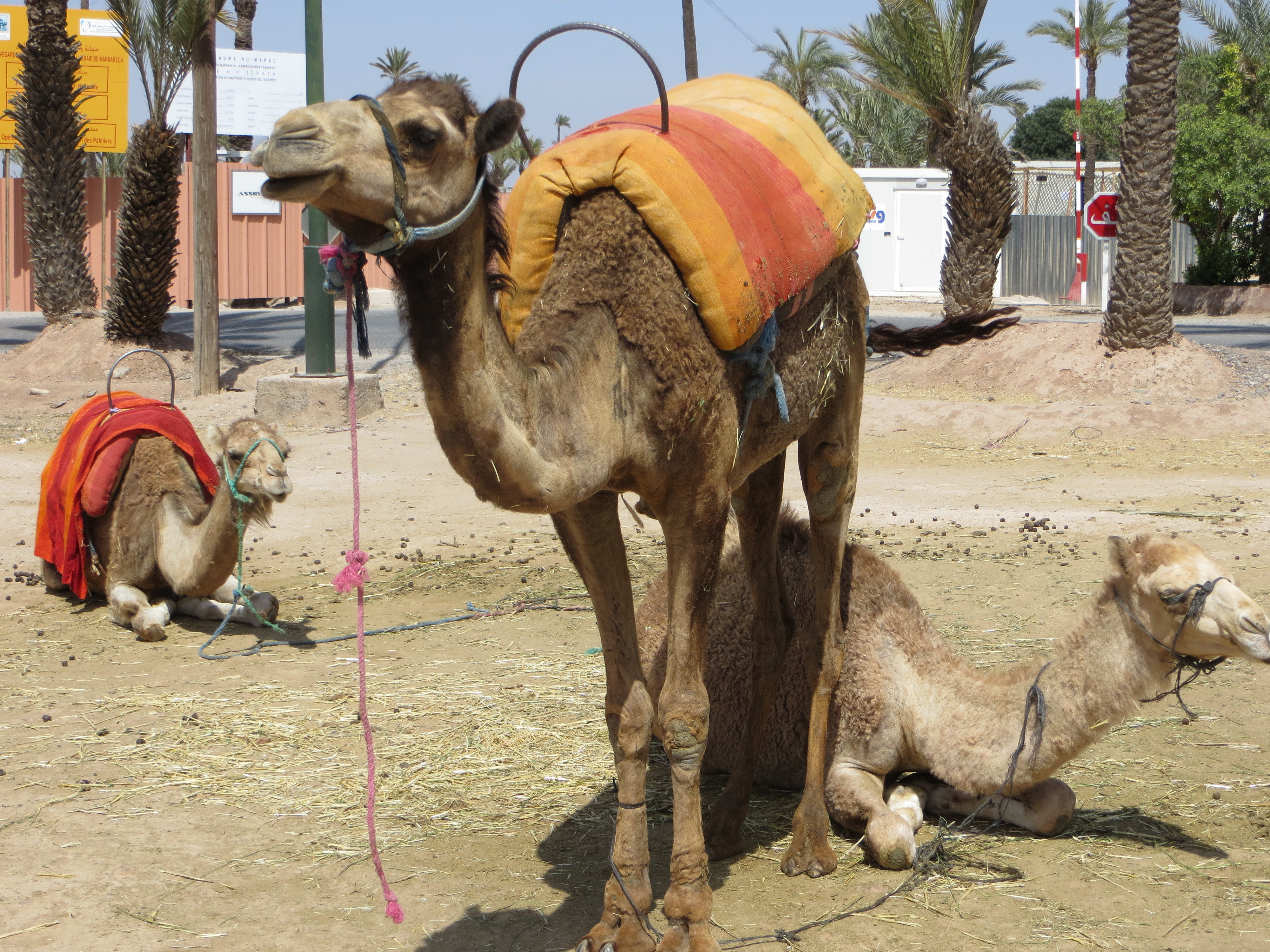 Back in the medina, the souks open up to even more discoveries: ice cream parlors and pizza shops where you can sit under fans that spray a cooling mist while the Koutoubia Mosque sits overhead readying for call to prayer.

Out of all of the destinations that I have been to this is by far one of the most memorable. Being there in the middle of the desert, watching how people interact, the way the food tastes, and the curiosity of children seeing their faces as they watch you is something I never want to forget. 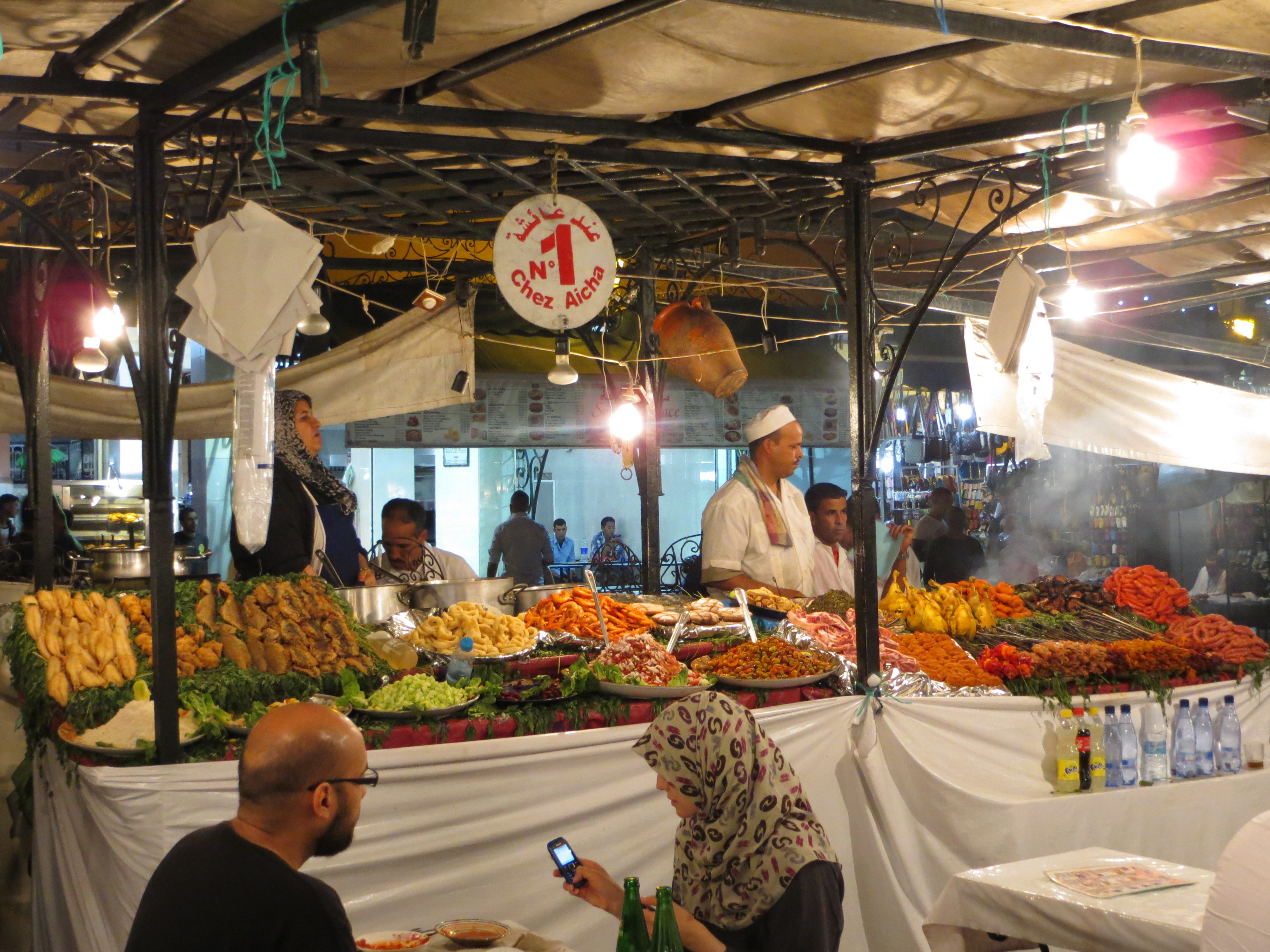 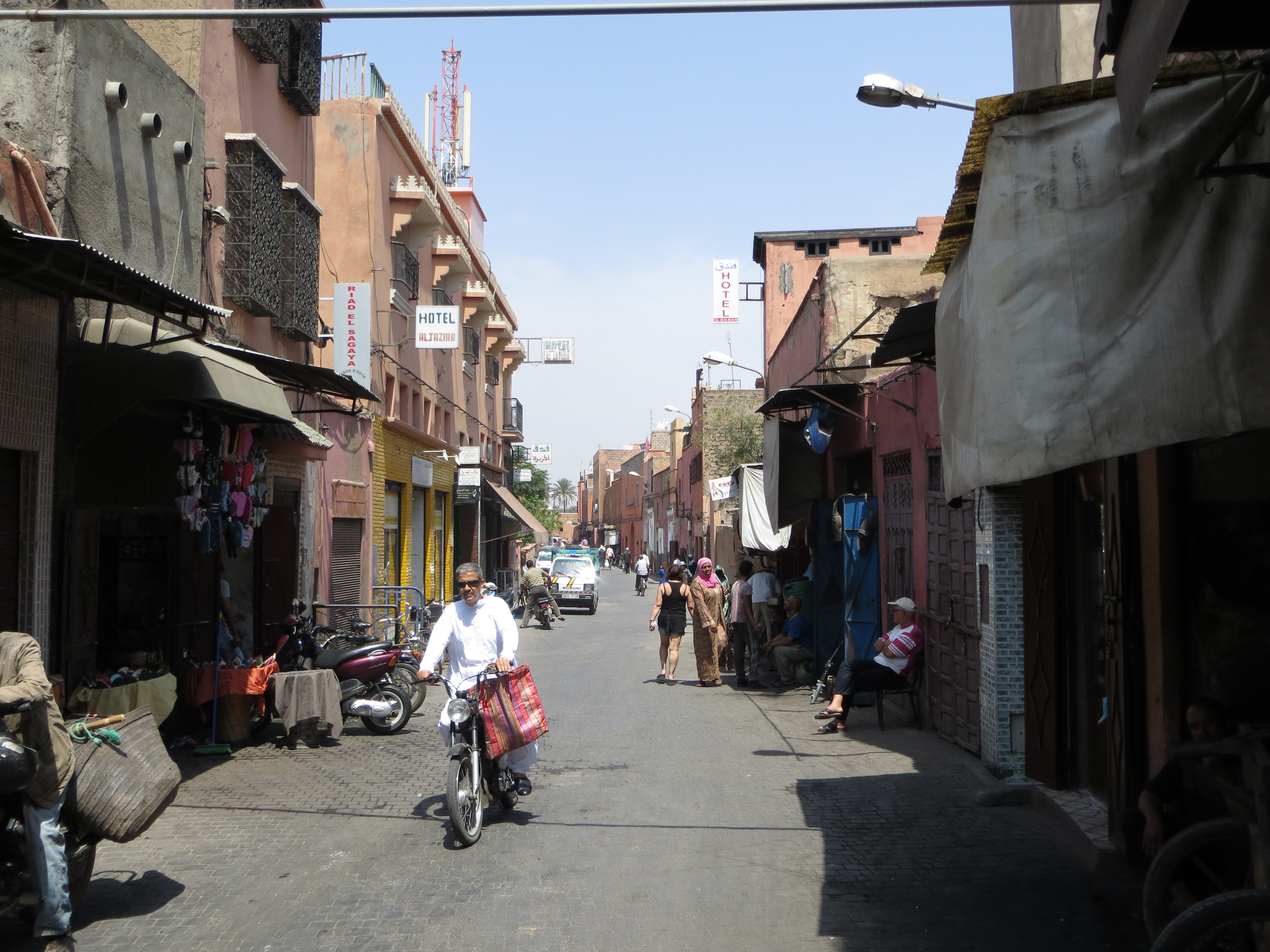 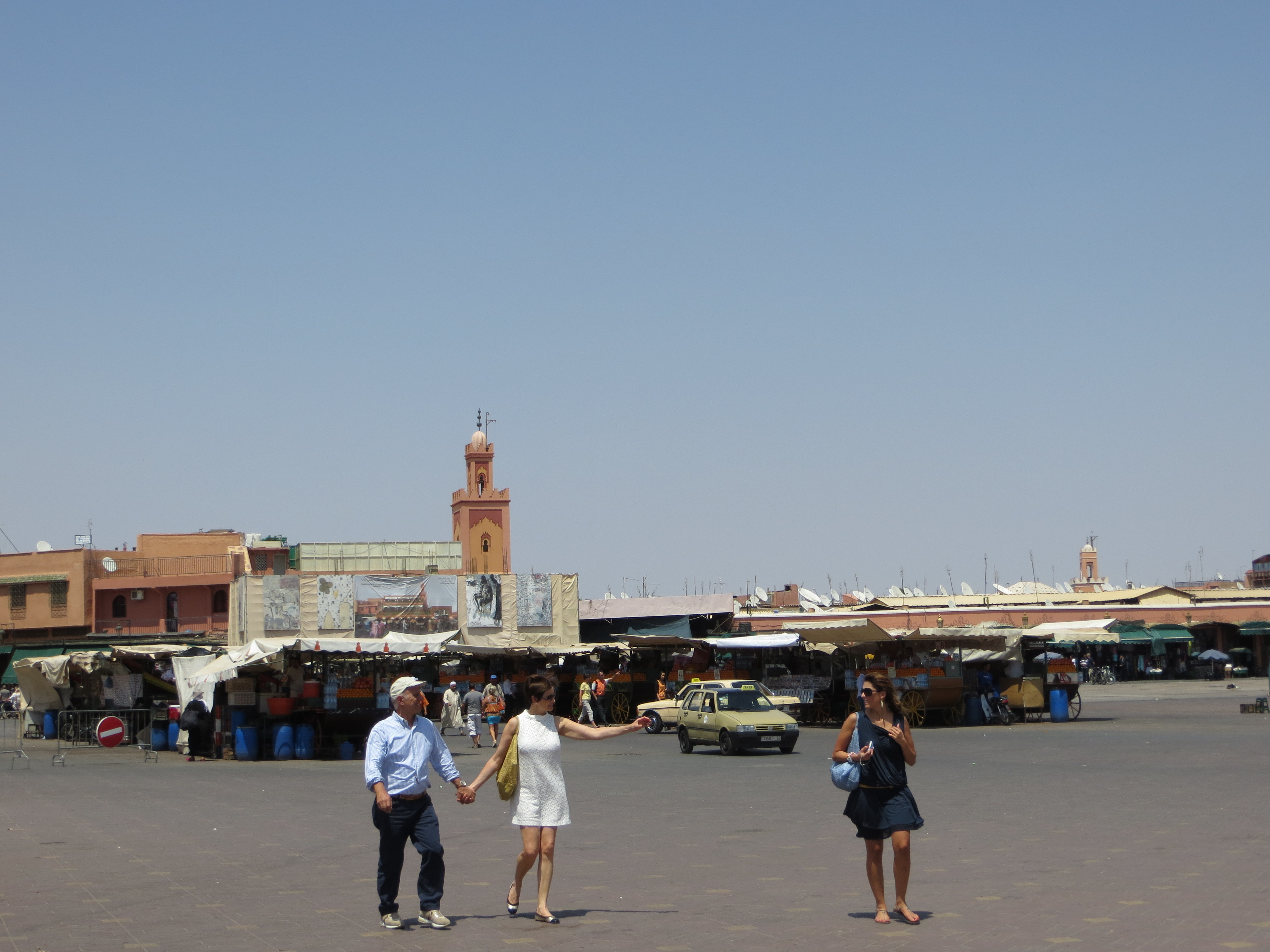 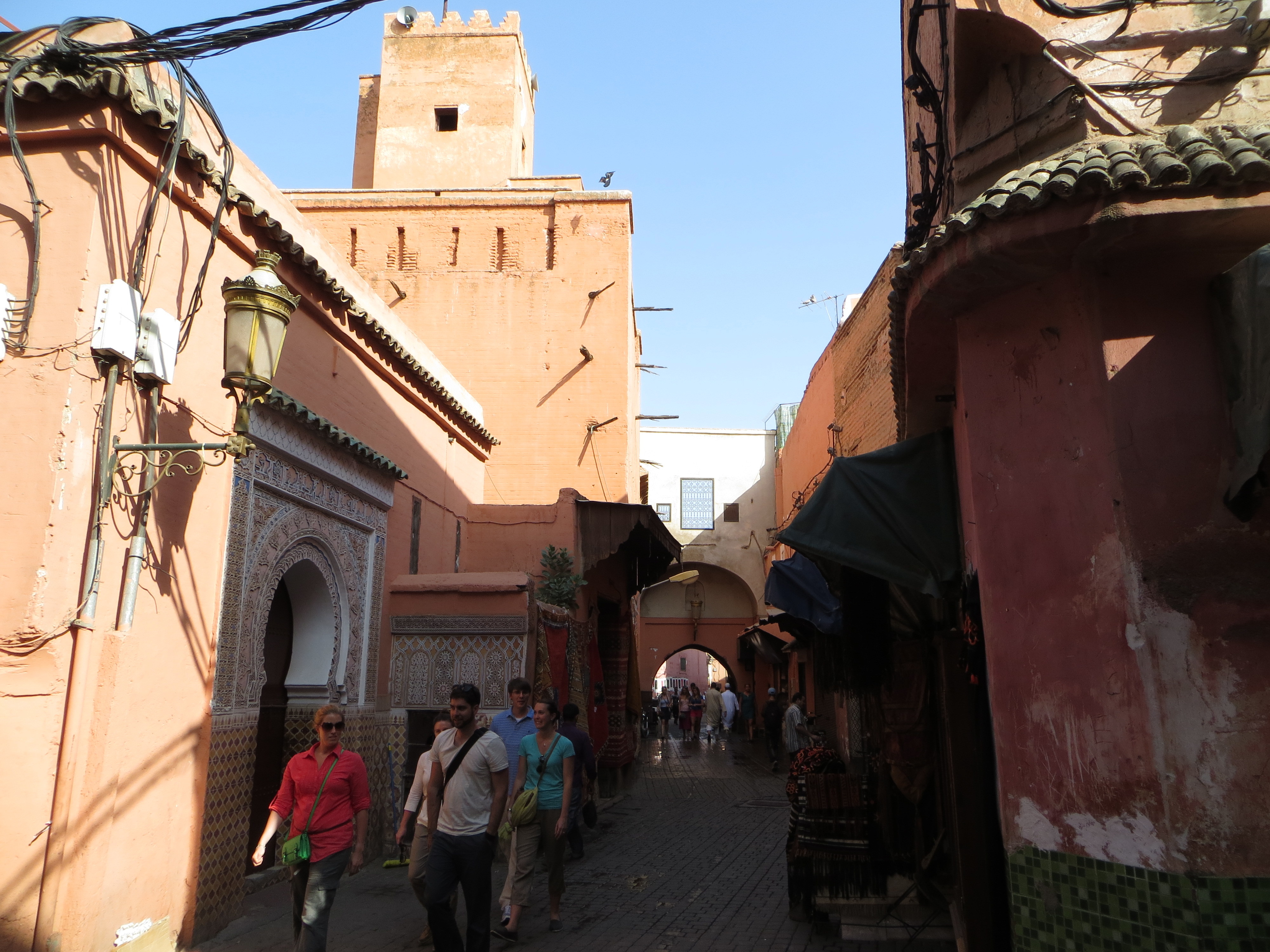 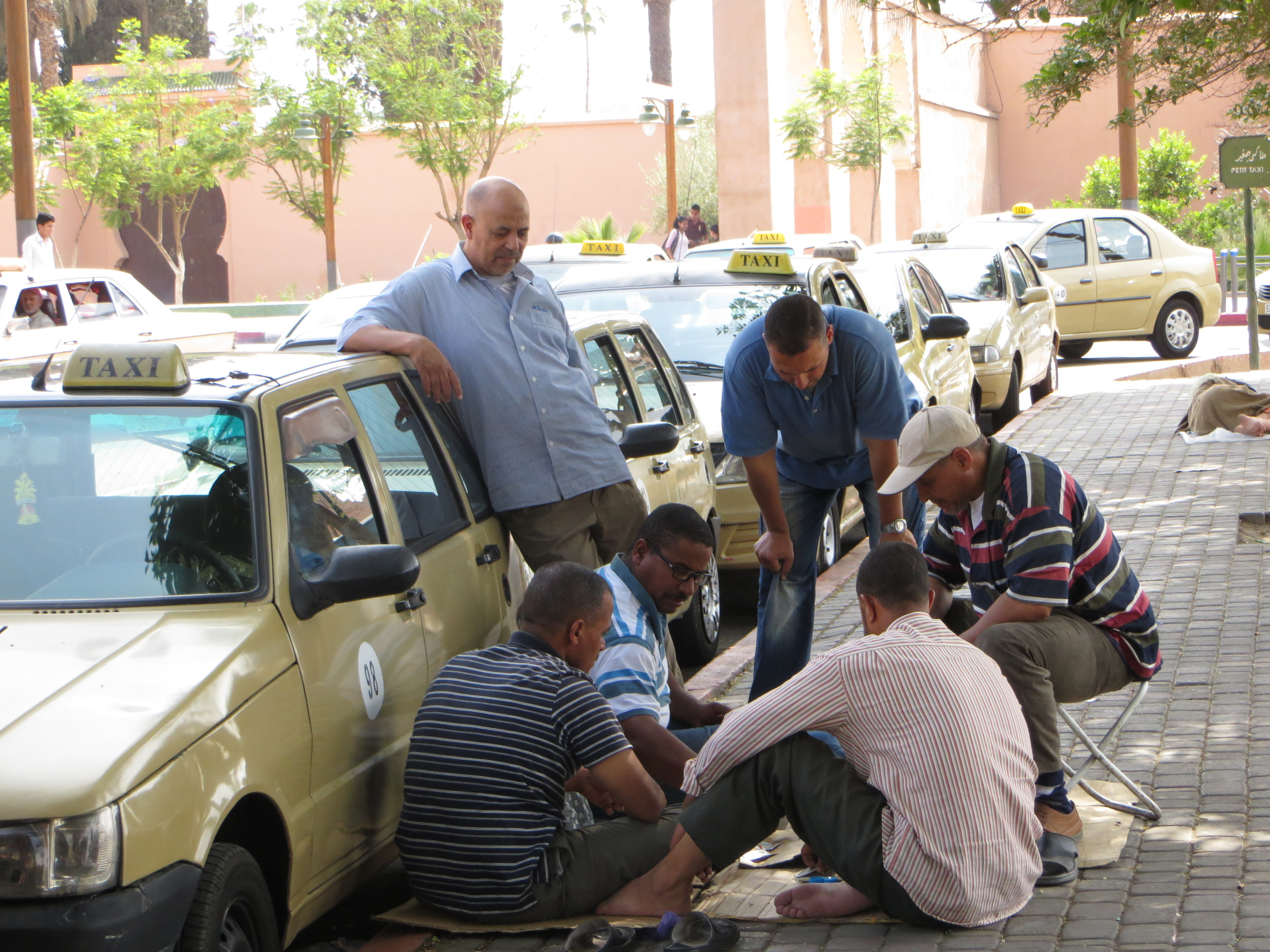 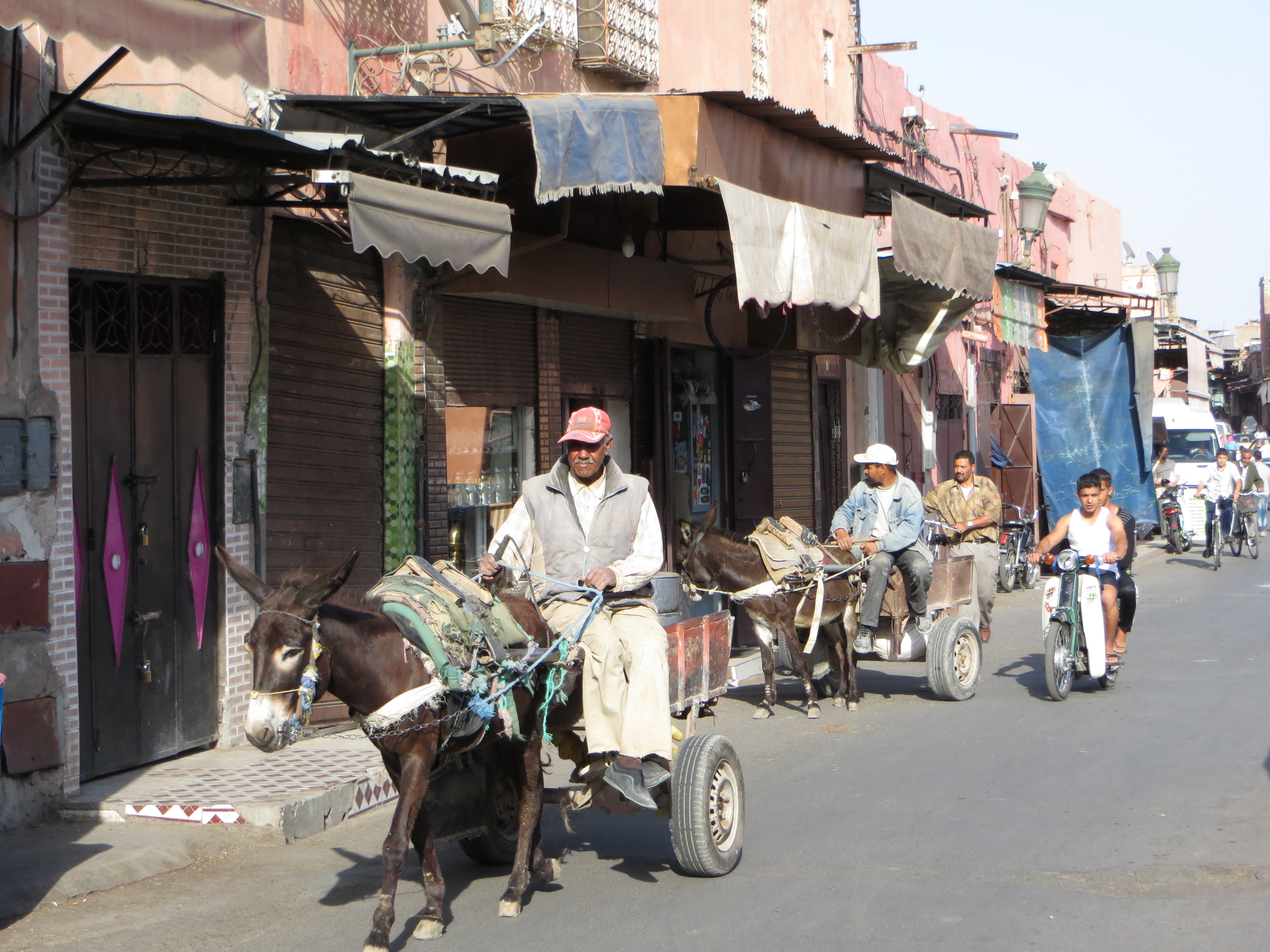 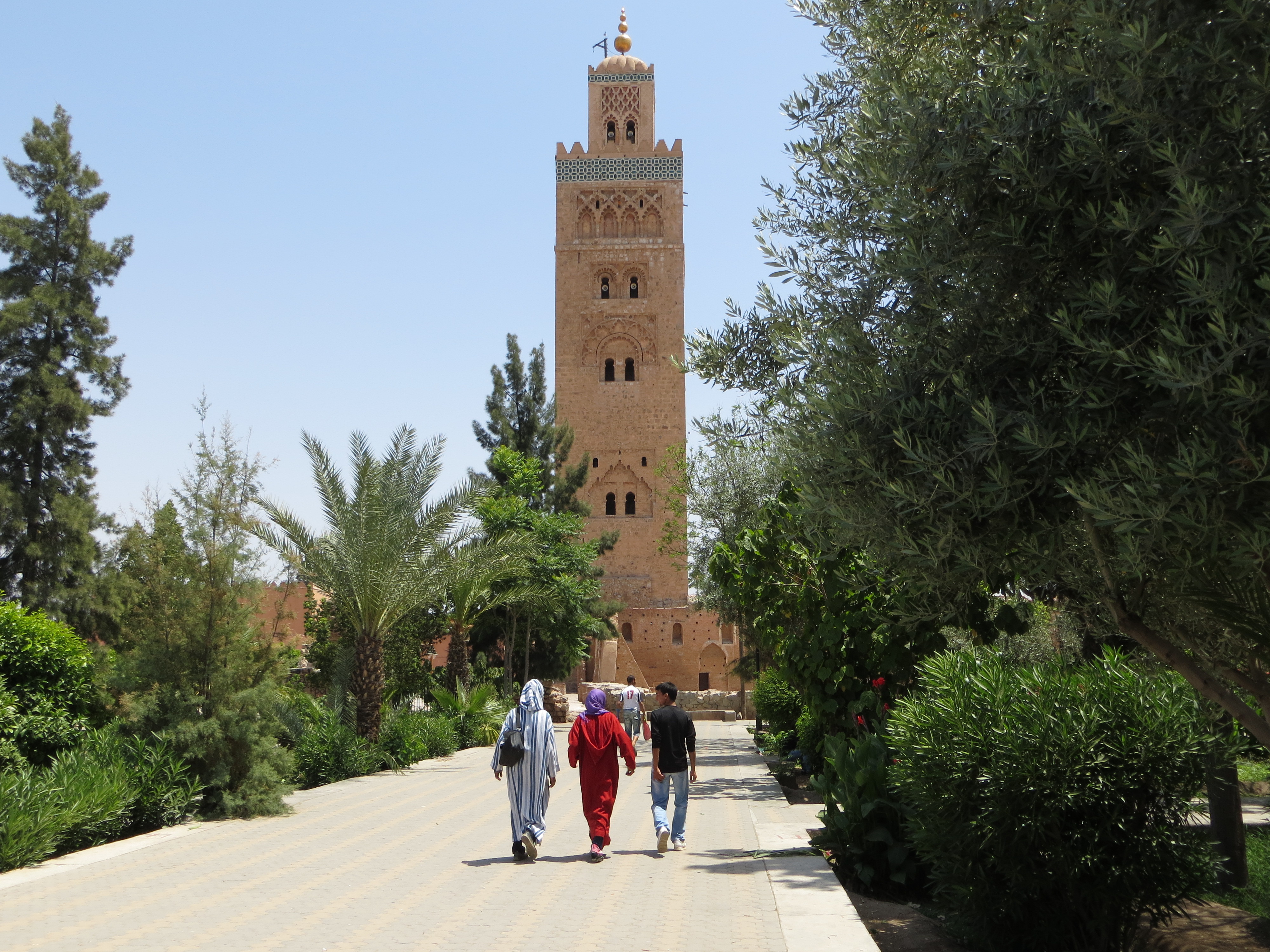