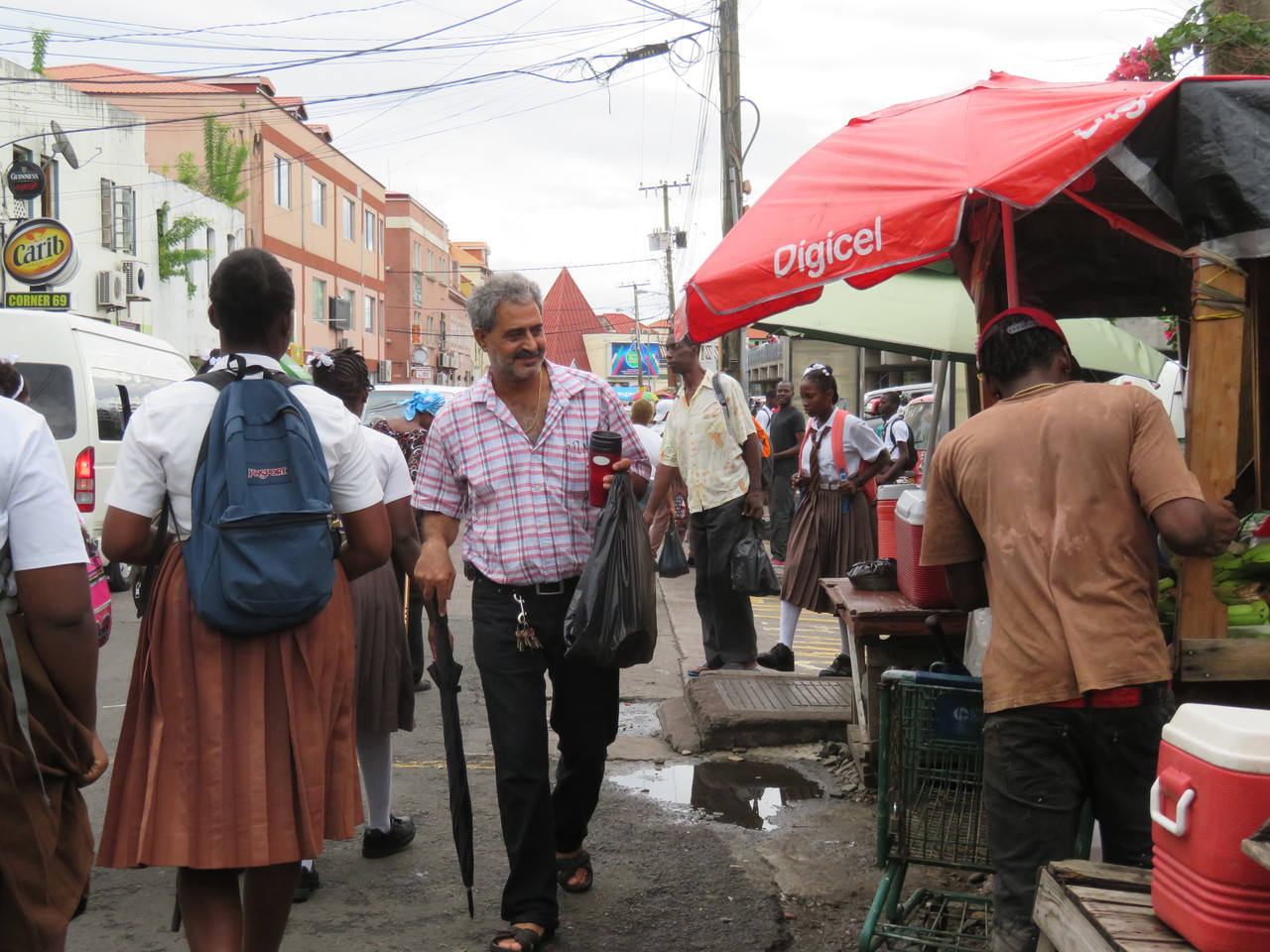 As a child, I developed a fascination for tree houses. The homes I grew up in had backyards but not nearly big enough to sustain a tree let alone a tree house. I grew up watching other families build one as a group project and, when it was done, the children, now feeling like adults, look down upon the earth as if they were giants.

Maybe my innate desire to have a treehouse prompted me to book an adult version via AirBnB. The place was on the secluded side of Grenada and built by an older Austrian couple who were spending their retirement years sailing the globe but by happenstance fell in love with Grenada. 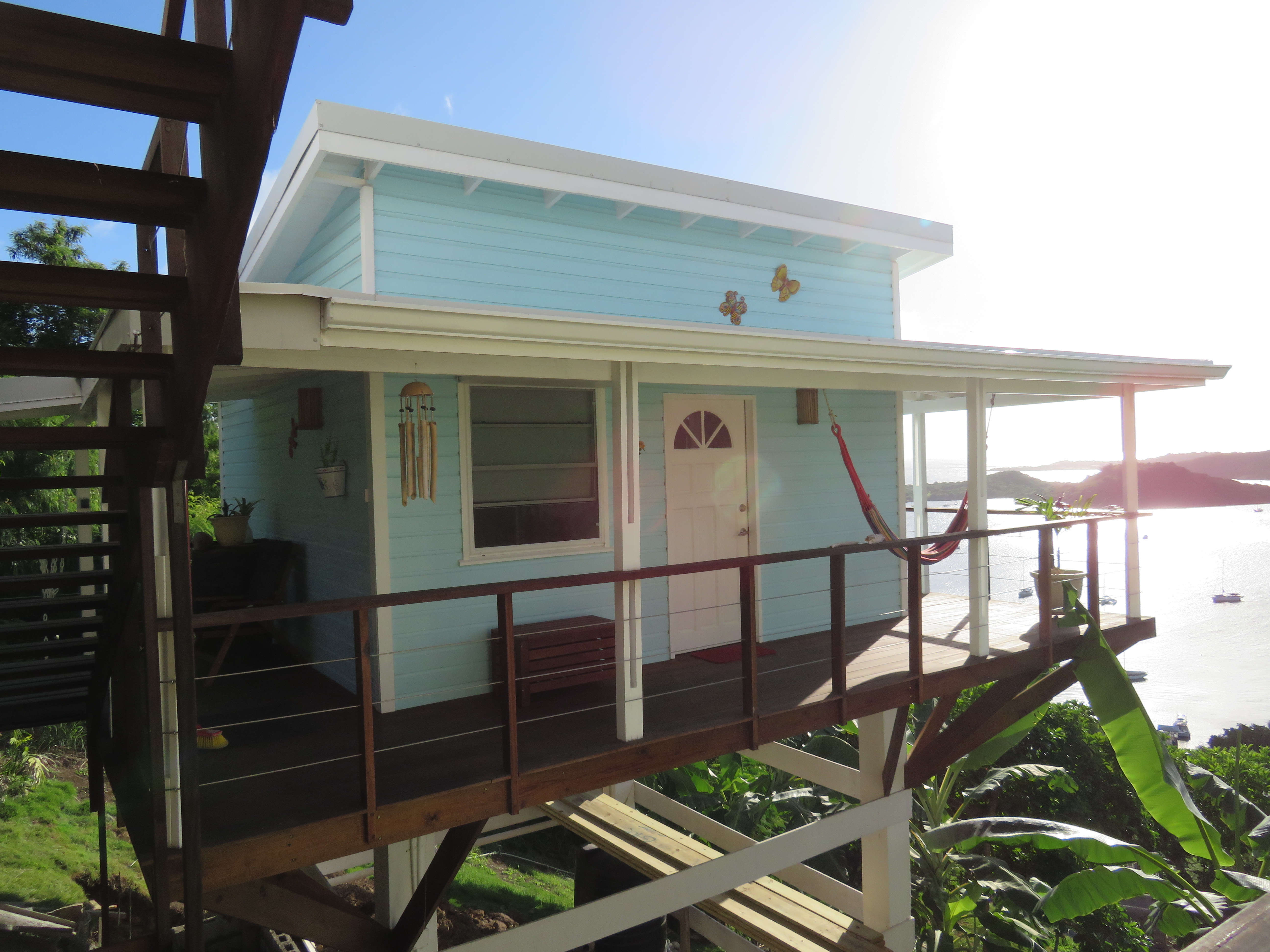 From their treehouse, I saw what inspired them to make this their home as I looked down from above the tree line at the scattered clouds that provided a roof as the sun played peak-a-boo through the morning rains. 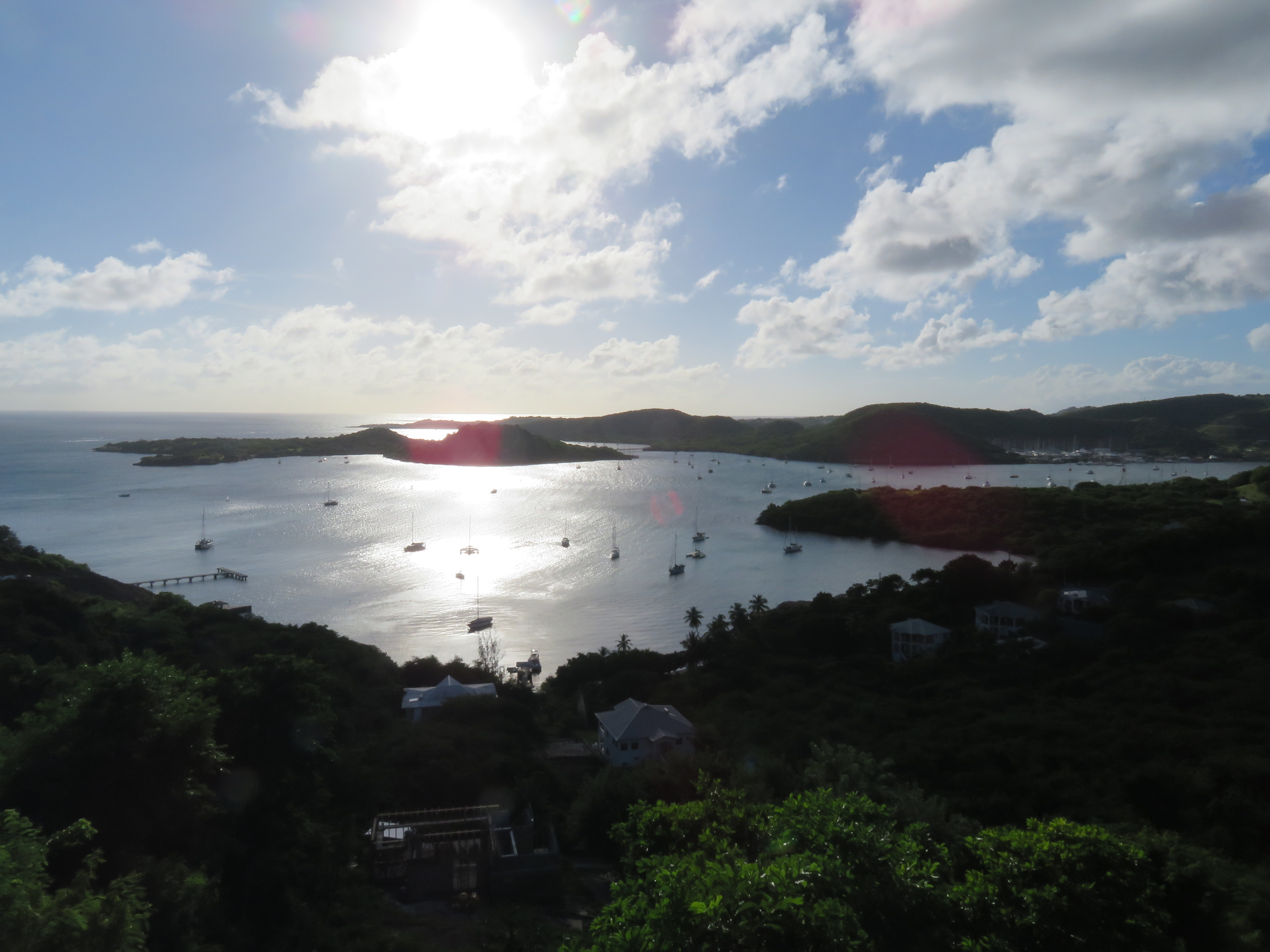 Yachts sailed lazily back and forth in the bay with some anchored and awaiting their owners who were setting sail on a new voyage.

I felt like a spoiled kid when swinging in a hammock on the deck that surrounded my treehouse, all the while using my index finger to trace the clouds. Eventually, I mustered the energy to get properly dressed and go down the hill.

Using the same winding roads as the day laborers, I peeked through the gates of guarded mansions until I reached a bridge connected to a path along the main road where I waited for an island van to take me to the capital, of St. George. 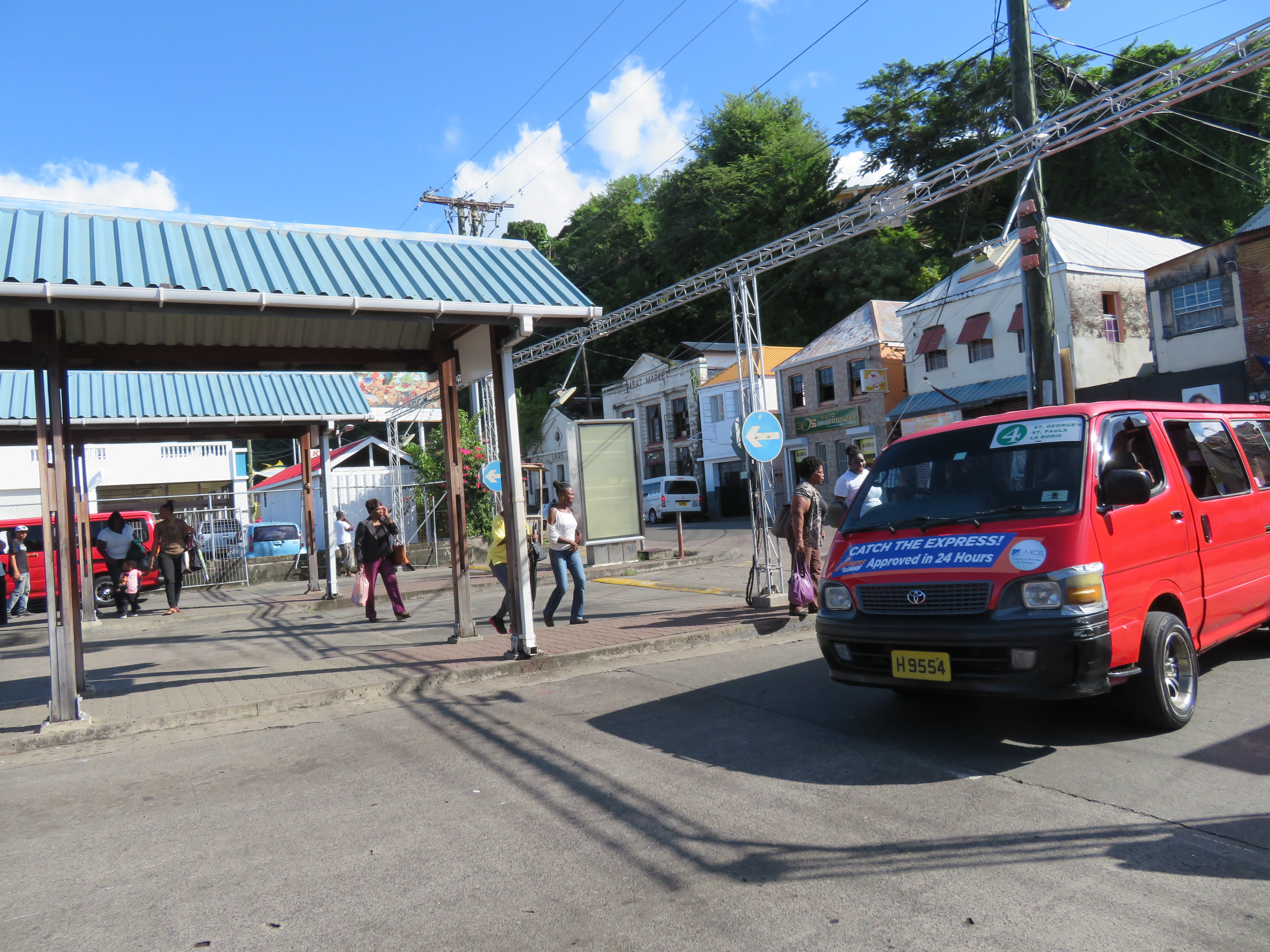 The van corkscrewed up and down mountains and through small villages where people waited at designated stops and then jogged slowly to jump aboard while we all readjusted our seat positions to allow the door to slide open and for the new riders to find a place to sit. As the next stop got closer, someone yelled “Stop!” signaling us to give them a way off the van after they paid their fare, which was based on distance.

A parking garage, in St. George, is the van depot because it is at the center of all routes to all parts of the island. Once off, I was immediately caught up in the hustle and bustle of people rushing to get on the next van or walking into town. Some people were working at small stands in the depot selling chips, pretzels, and beverages, while others specialized in selling lotto tickets.

Other vans sat idle at their route specific queues, with their destination and various stops listed with a specific color that corresponded to their route. None of the vans departed until the first vehicle was filled past capacity and the driver signaled more people to get in and promised them all that the departure time was in just a minute. 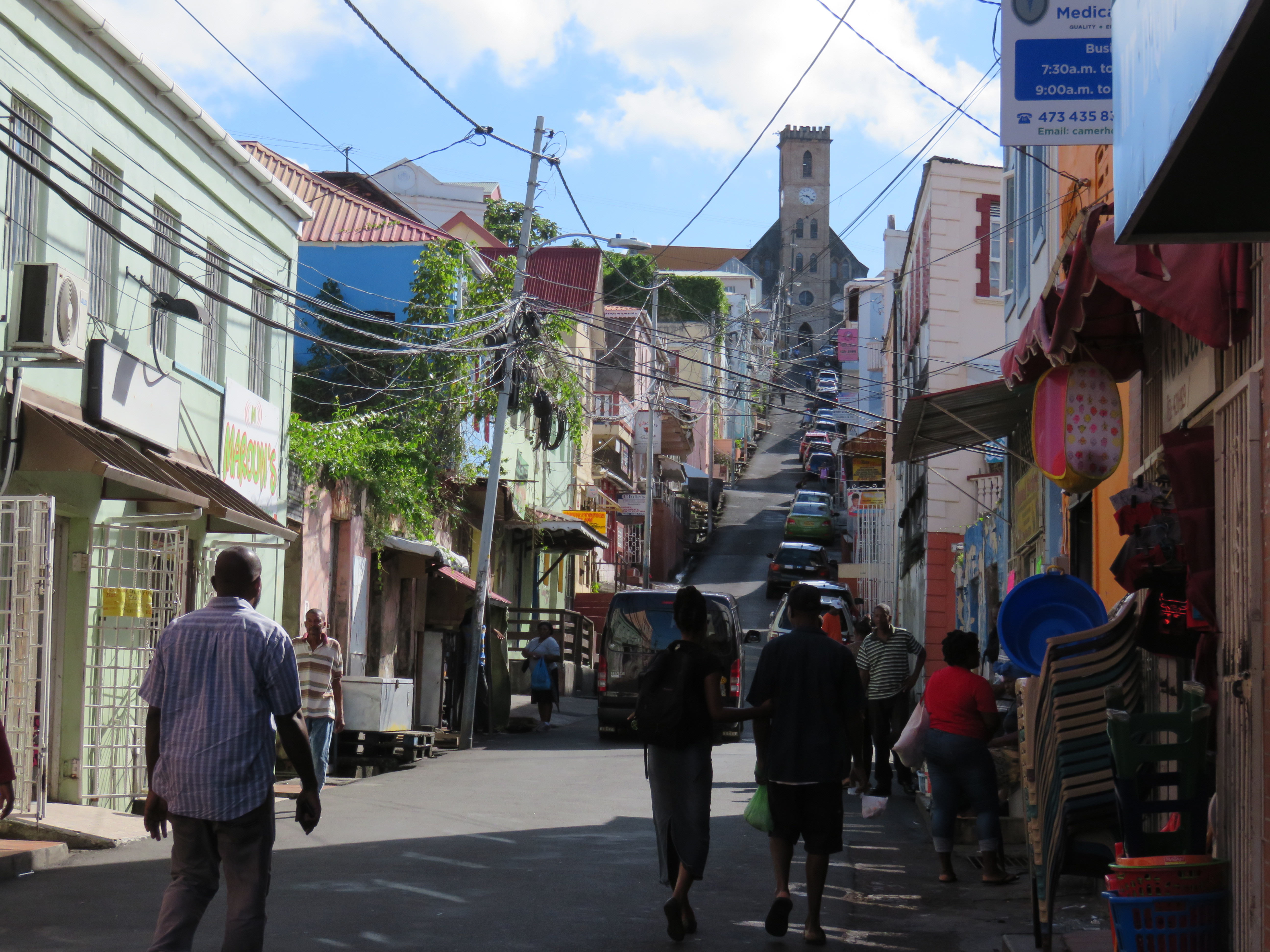 I slowly drifted away from this terminal and looked at the various roads that sprawled out and around the town instead of being straight.

This “weaving” and the steepness made me uncomfortable and gave me the impression that I might fall backwards down a street if I walked forward.
As I roamed the main street, which almost circled the town, had a moment to think about Grenada’s history. 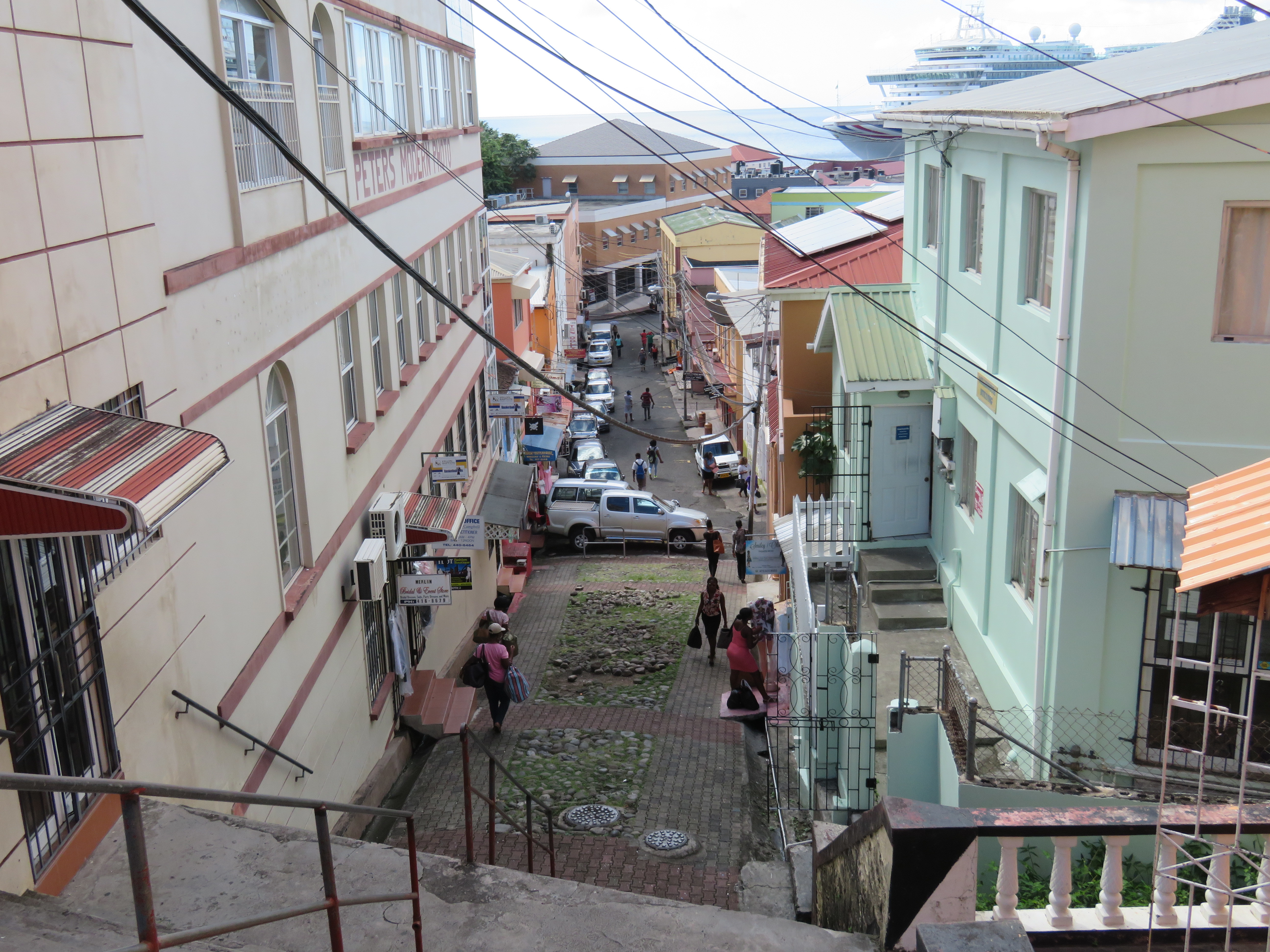 Grenada fascinated me during my visit as its history is steeped in being colonized by the Spanish, French, and eventually the British, and then being the staging ground for Operation Fury by the United States, which scared the local population. However, due to the Americans’ unfamiliarity with the country, the operation was forgettable.

This "failure" was the precursor to the U.S. invasion of Panama that resulted in the capture of General Manuel Noriega.

A timeline of those events remained in my mind as I visited an historical museum and a school-aged young man rattled off the local history with a mix of the pride and cockiness that comes with youth. 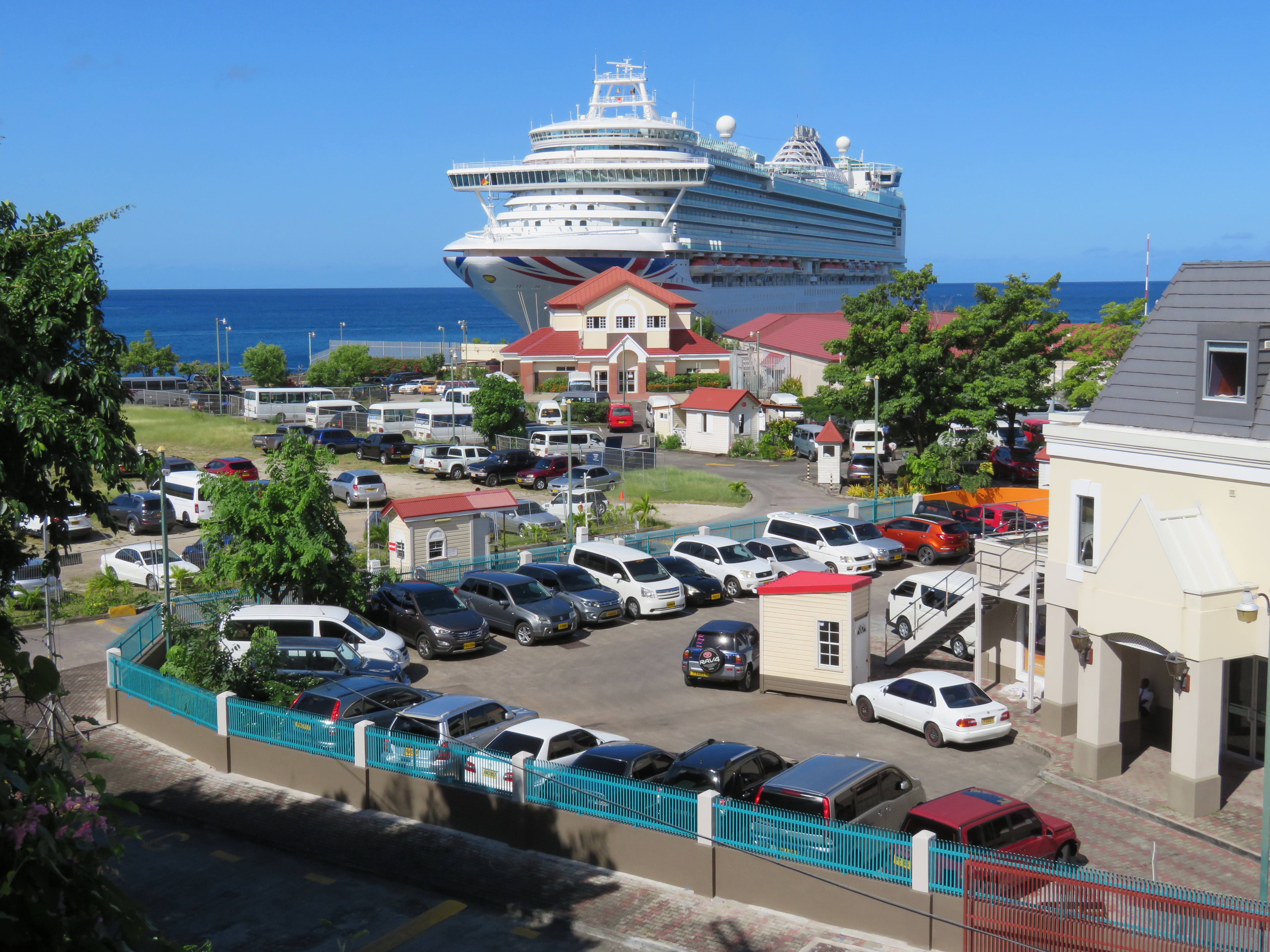 Later, I watched the passengers step off their cruise ships and rush the closest stores for tchotchkes and a little bit of exposure to the local culture before heading back to their ships prior to last call.

Still on land, I went in a makeshift bar and joked with the locals as we took turns cannonballing into the horseshoe-shaped bay surrounded by an extinct volcano. 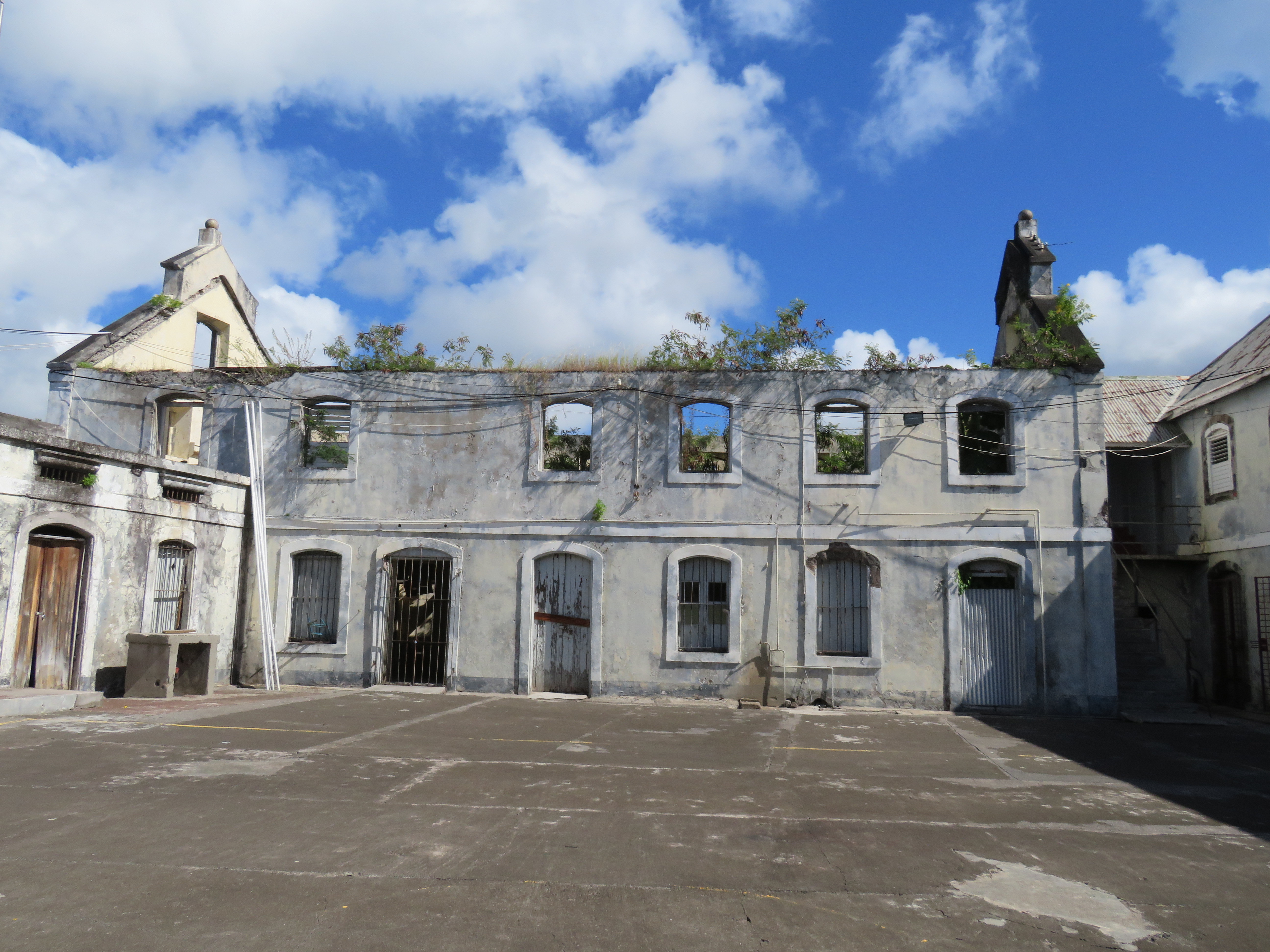 The crumbling Fort George still guards the town and is a tourist trap and a must-see destination. Inside the fort, old cannons point in various directions and the empty rooms serve as workout spaces and resting areas for the military stationed there.

Nearby the fort is the shell of church and another winding path that took me to a slightly lower path full of stores, homes, and schools.

These structures were once brightly colored, but their vibrancy has long since faded, leaving a worn-out look that matched the earth-toned town. 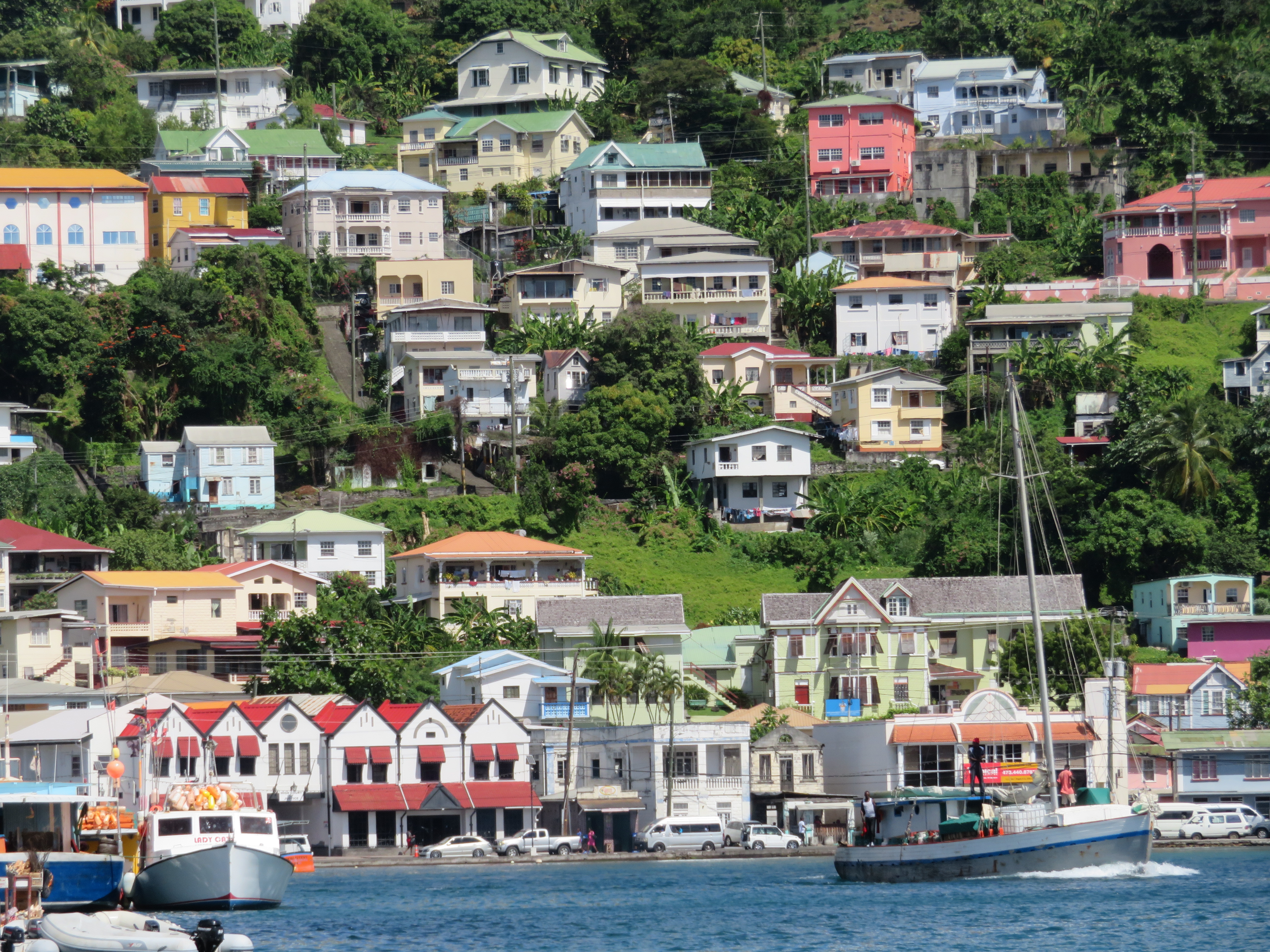 Sidewalks give way to staircases that hang over store fronts as days of huge morning rains filled potholes that are so big the rainwater floods the tunnels cut through the once-active volcano. This is how people go side to go from side to side.

The palm trees throughout the country are lush and reinforce one’s awareness that he or she is on an island that is unmistakably in the Caribbean. 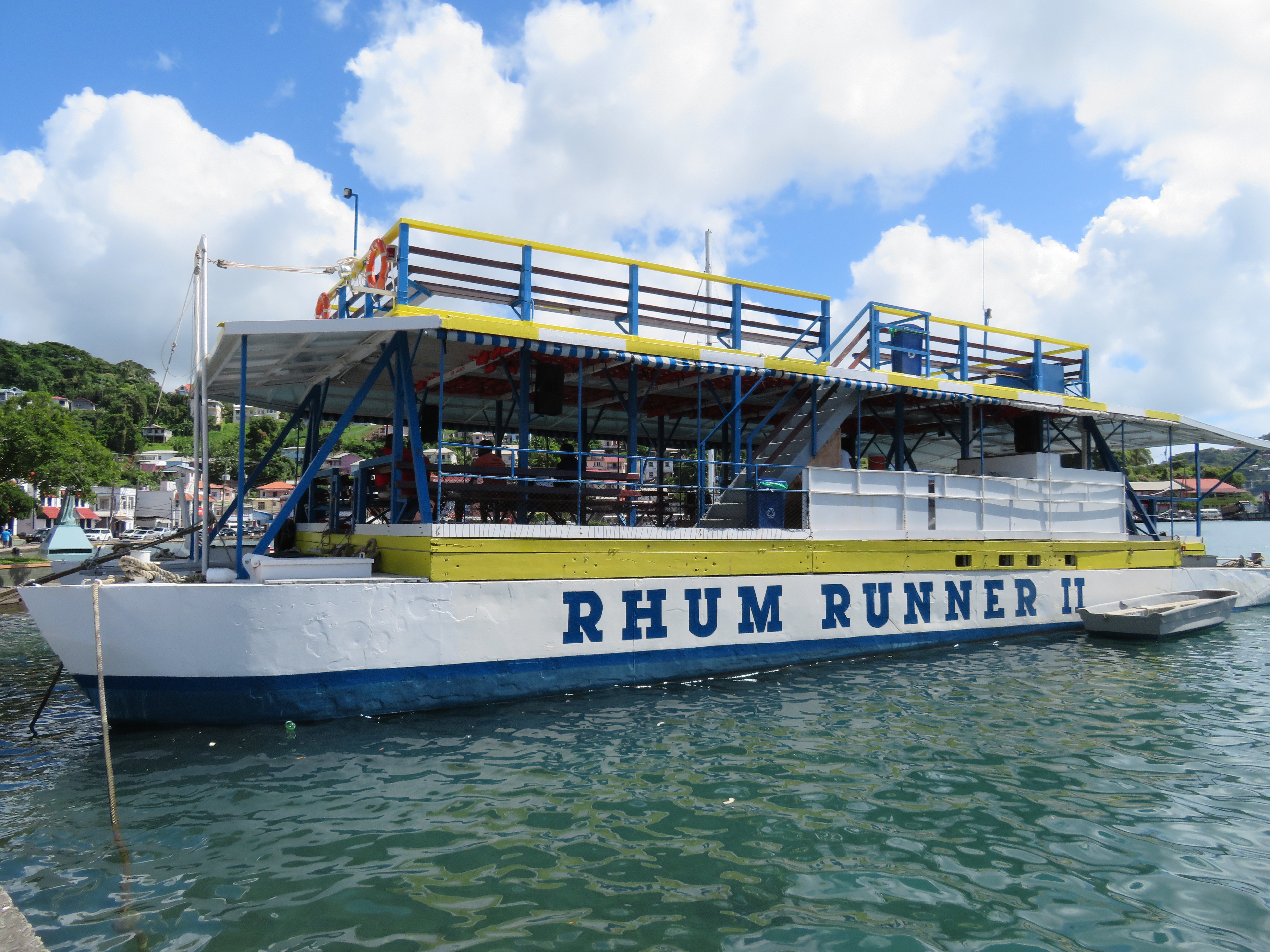 Locals tend to spend most of their time at the center that has the sea-faring businesses that still brings income into this bustling port. A few restaurants, bars, and rum cruise ships mix in, thus breaking up the monotony and attracting the long-term tourists from the other side with its homes and merchants community.

The chill vibe of the island helps settle the most ardent 40-plus hour a week worker due to the lack of large glass and steel structures. 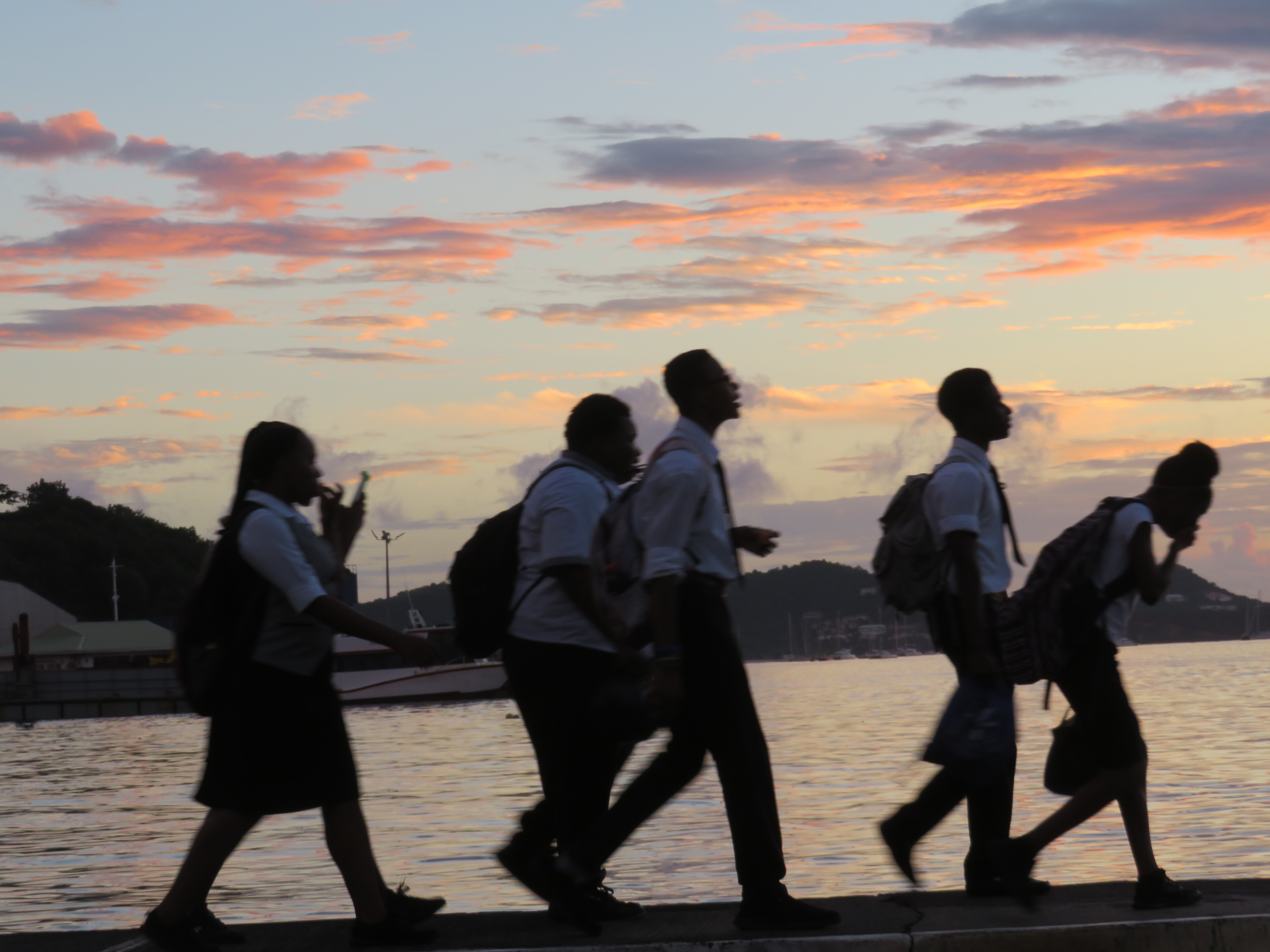 The next day, I explored the waterfalls, beaches, and other small towns of the island that gave me a more rounded view, but St. George was where I enjoyed being the most.

Whether it was sitting at a makeshift bar or listening to a restaurateur joking with the staff and life’s funny little moments, those moments will stay with me and I will always remember them fondly. 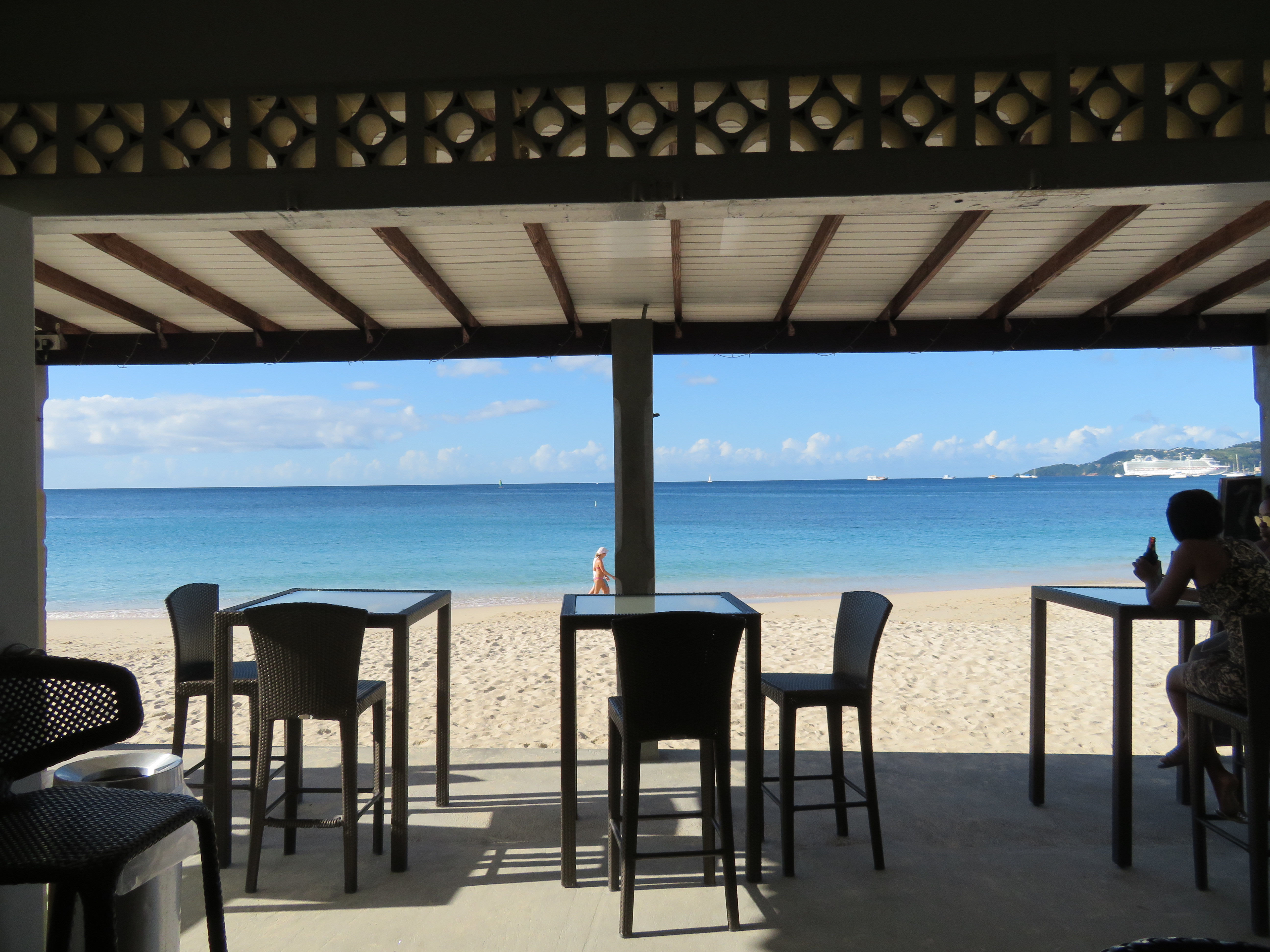 The local people make Grenada a desirable destination. There is effortless conversation and sharing a drink while laughing and being silly as if everyone has known each other for years. There is also watching the sunset and admiring the efficiently of the public transport vans that follow the road around the marina to leave and enter. 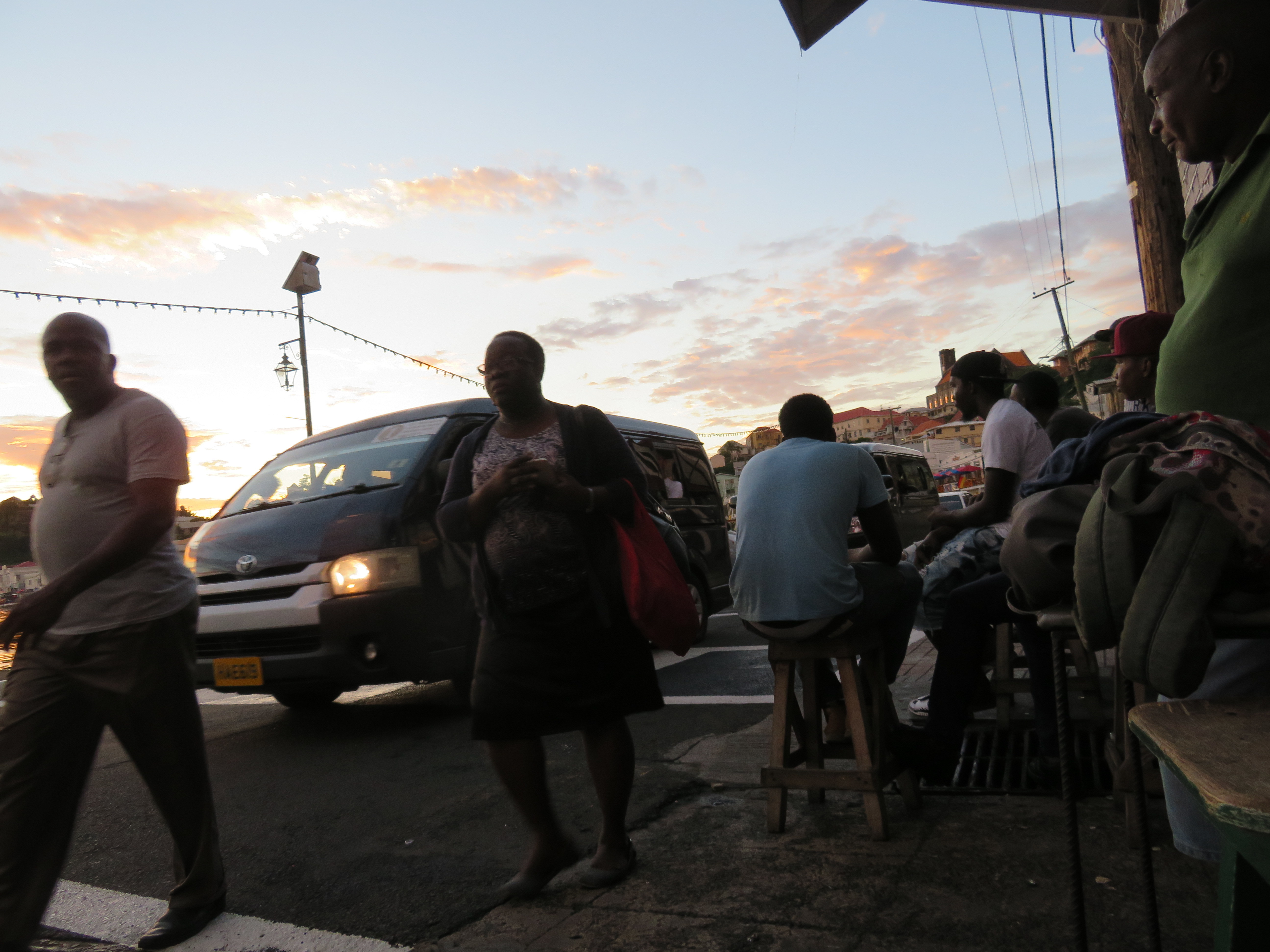 I chose to stay away from this drink and the samples from the River Antoine Rum Distillery that were still made by using the machinery from many years ago.

Instead,I basked in the local cuisine, such as lambi and oil down. 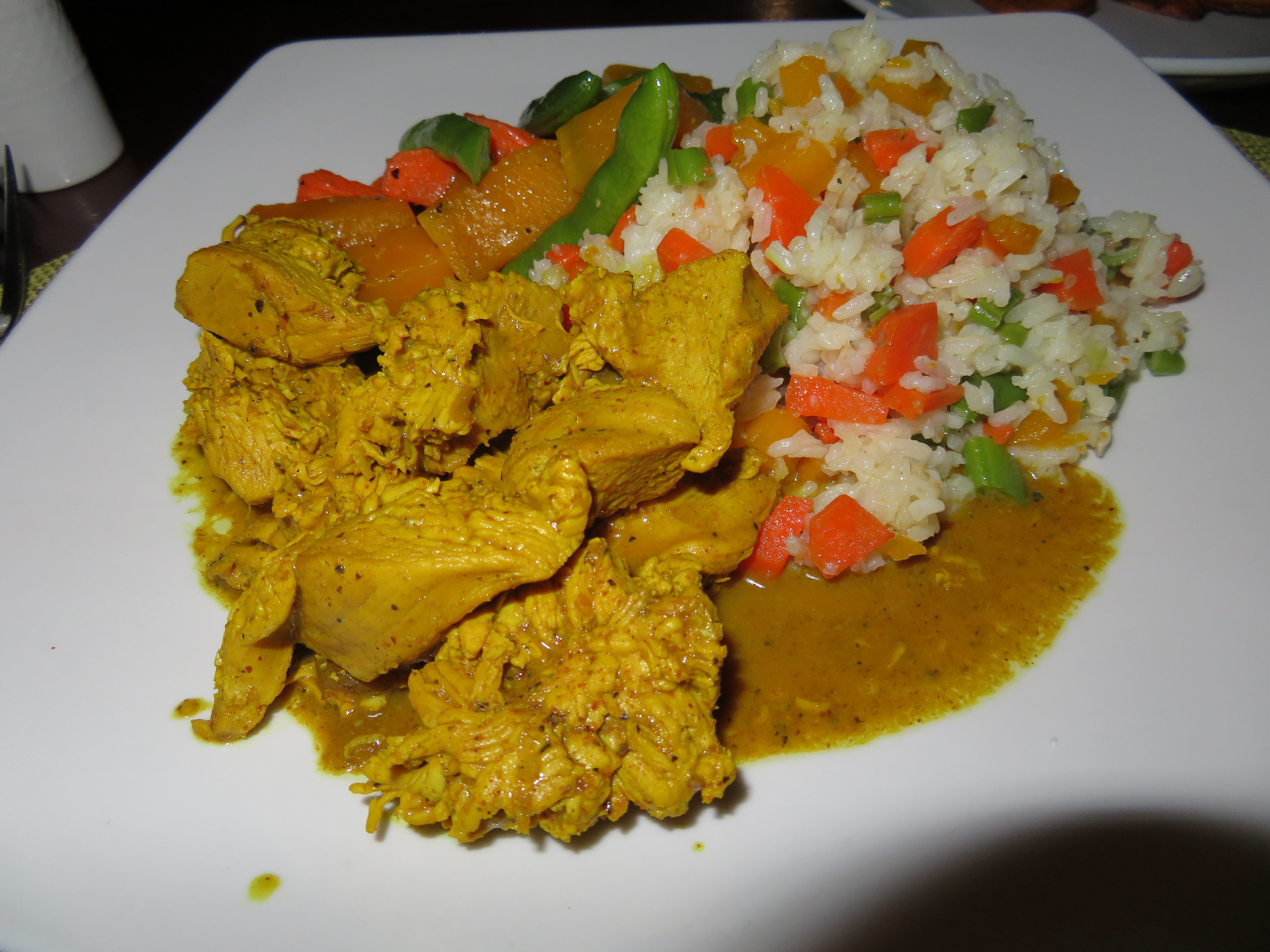 I stayed up until midnight enjoying jazz and Caribbean sounds at the Grenada Yacht Club while finding myself, once again, among the locals who were unwinding after a long day at work. 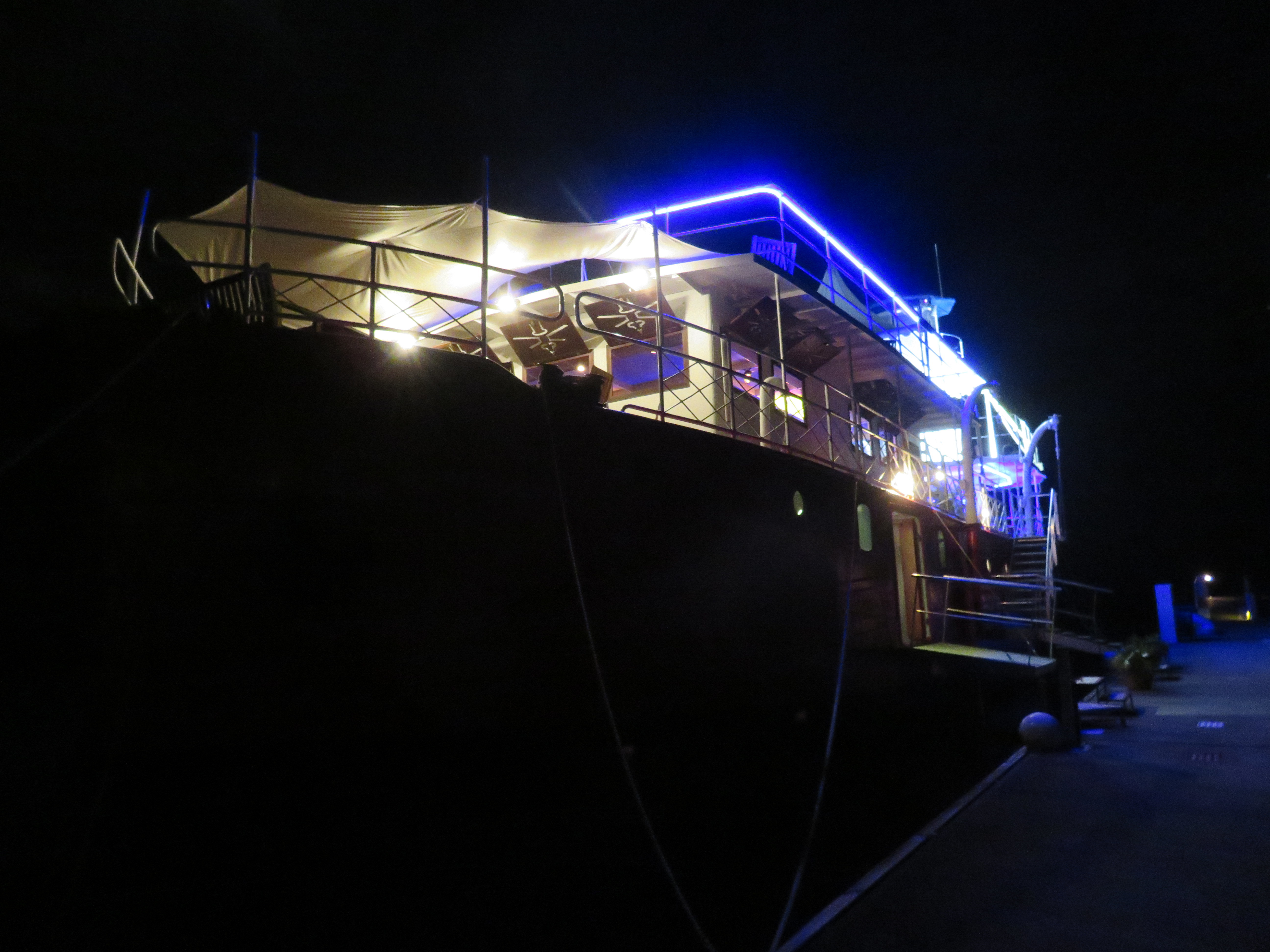 Thankfully, I eventually walked up the path to my accommodations. However, I was so tired that I left my key in the door.

Waking up, once again to the morning rain, I began my routine with a cold roti and bottle of water. I sat and enjoyed the storms from the slightly wet deck of the treehouse until a rainbow poked through signaling the end to the rain and the official start of my day. 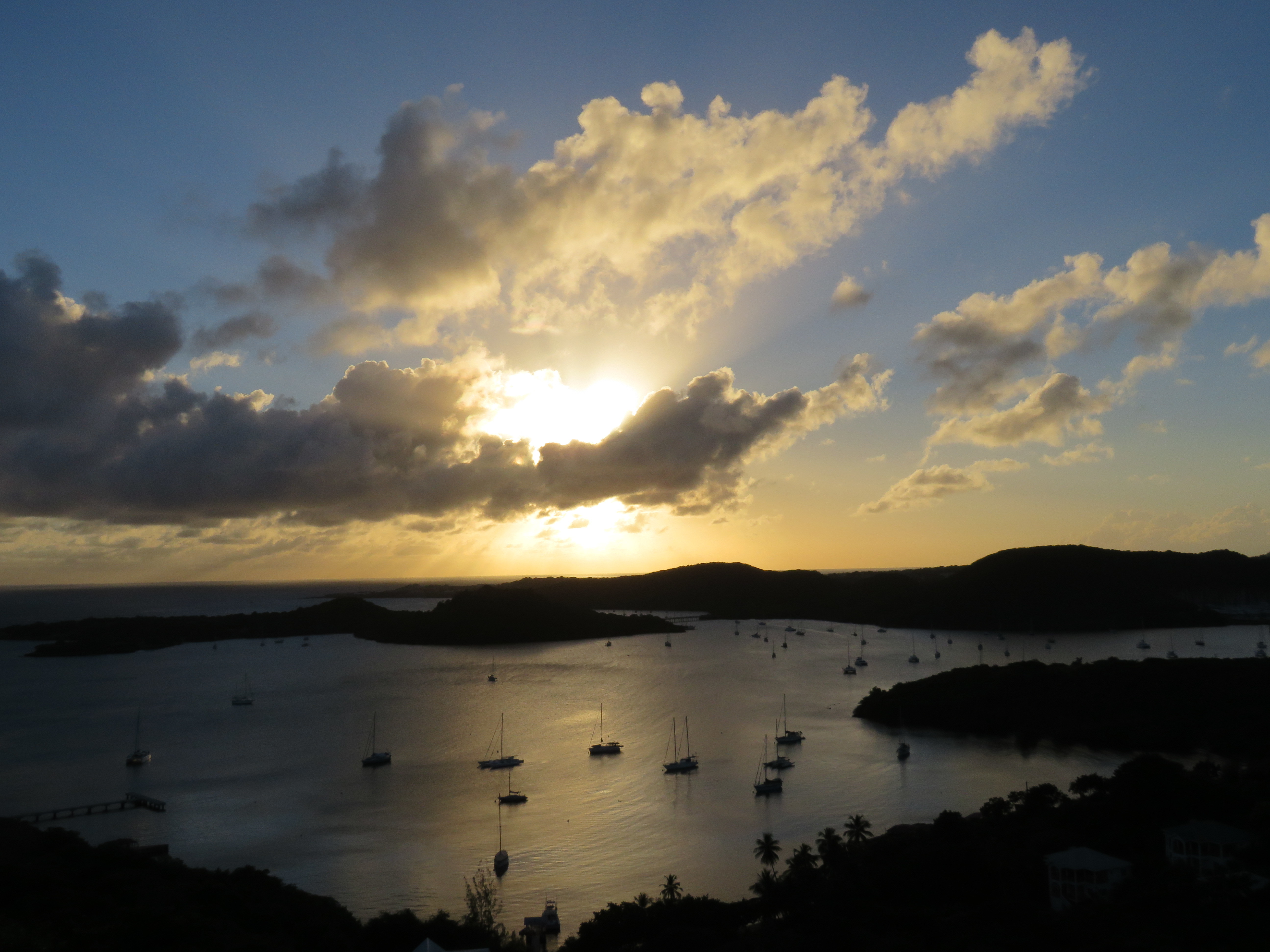 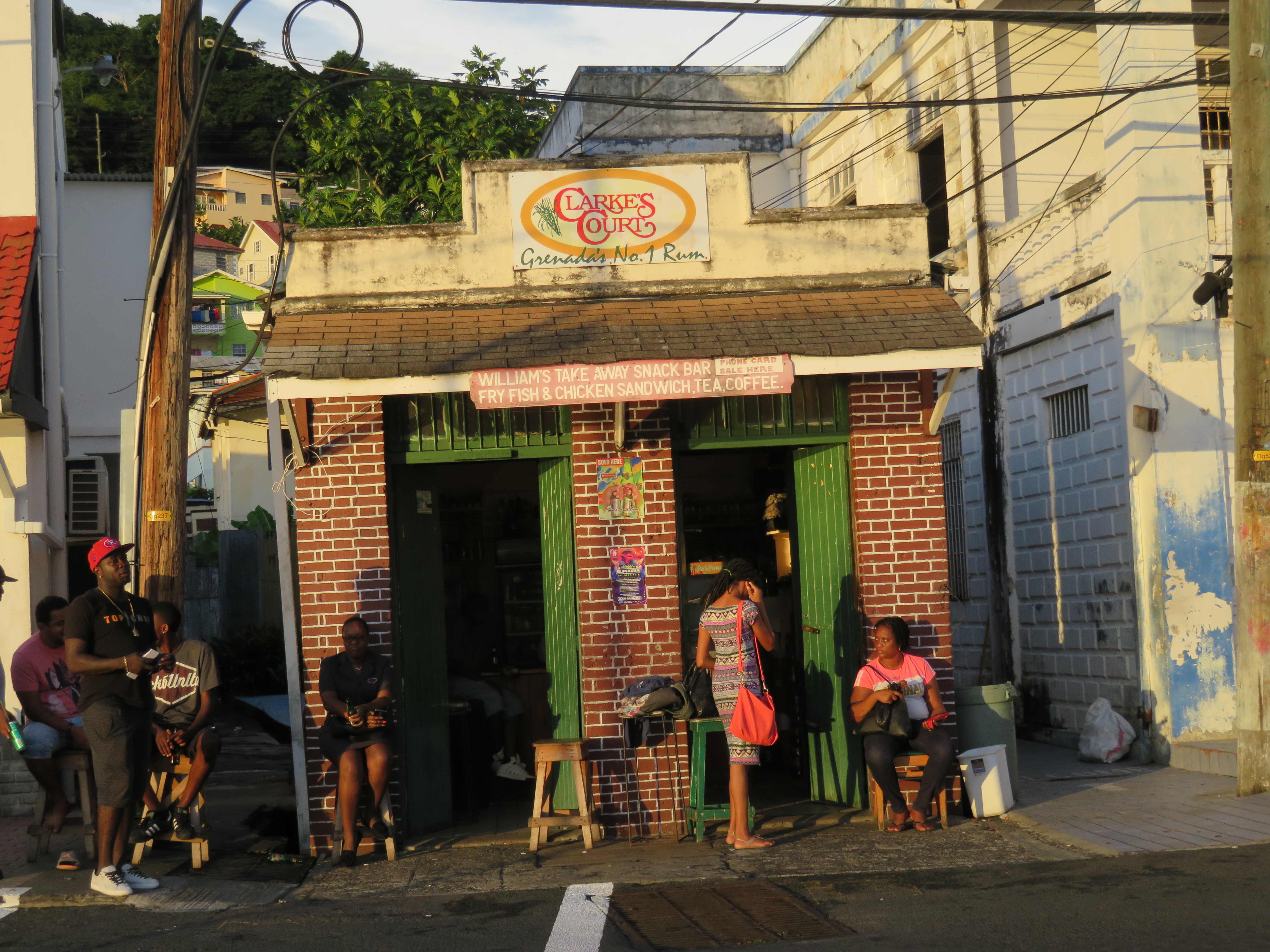 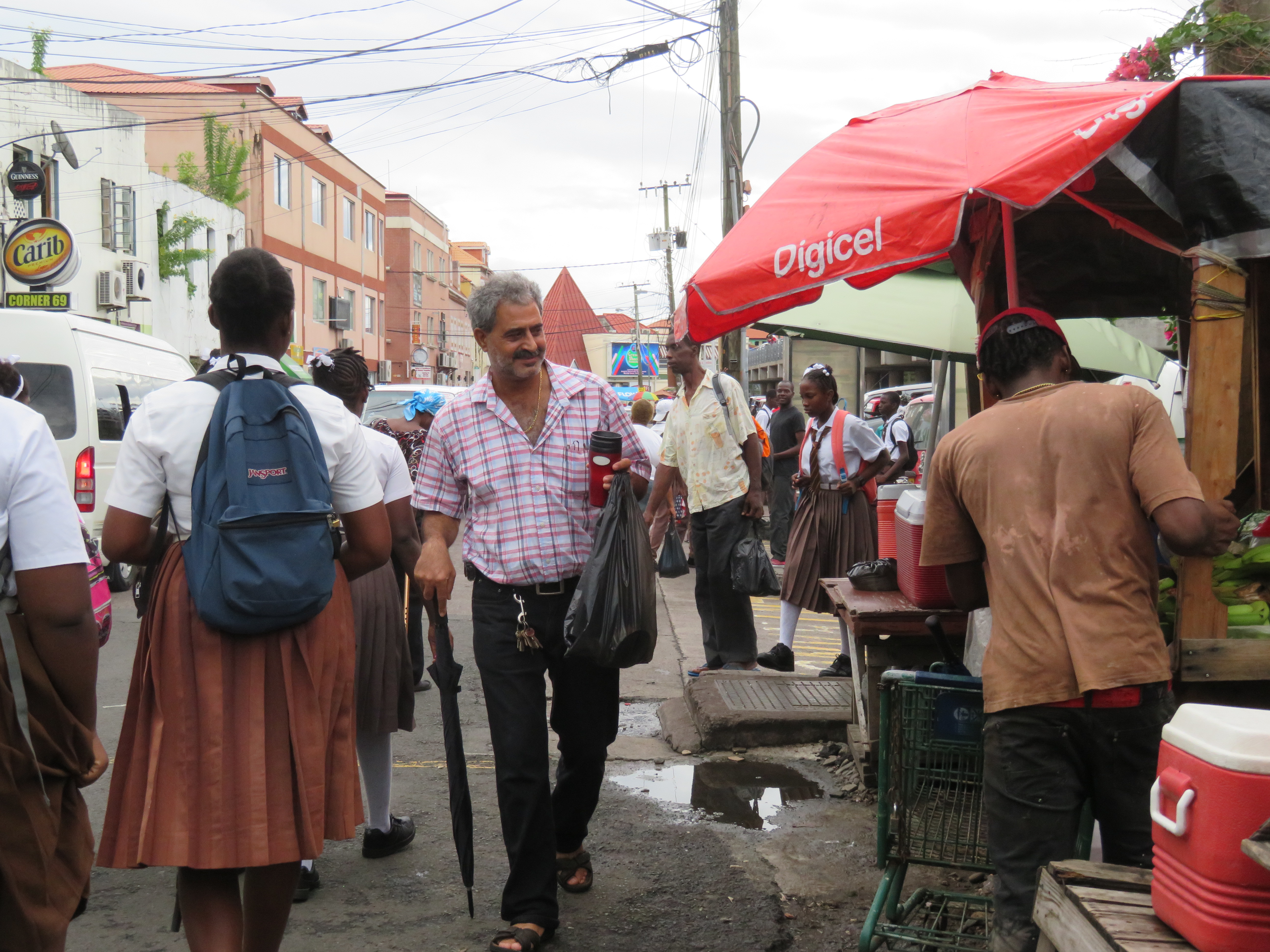 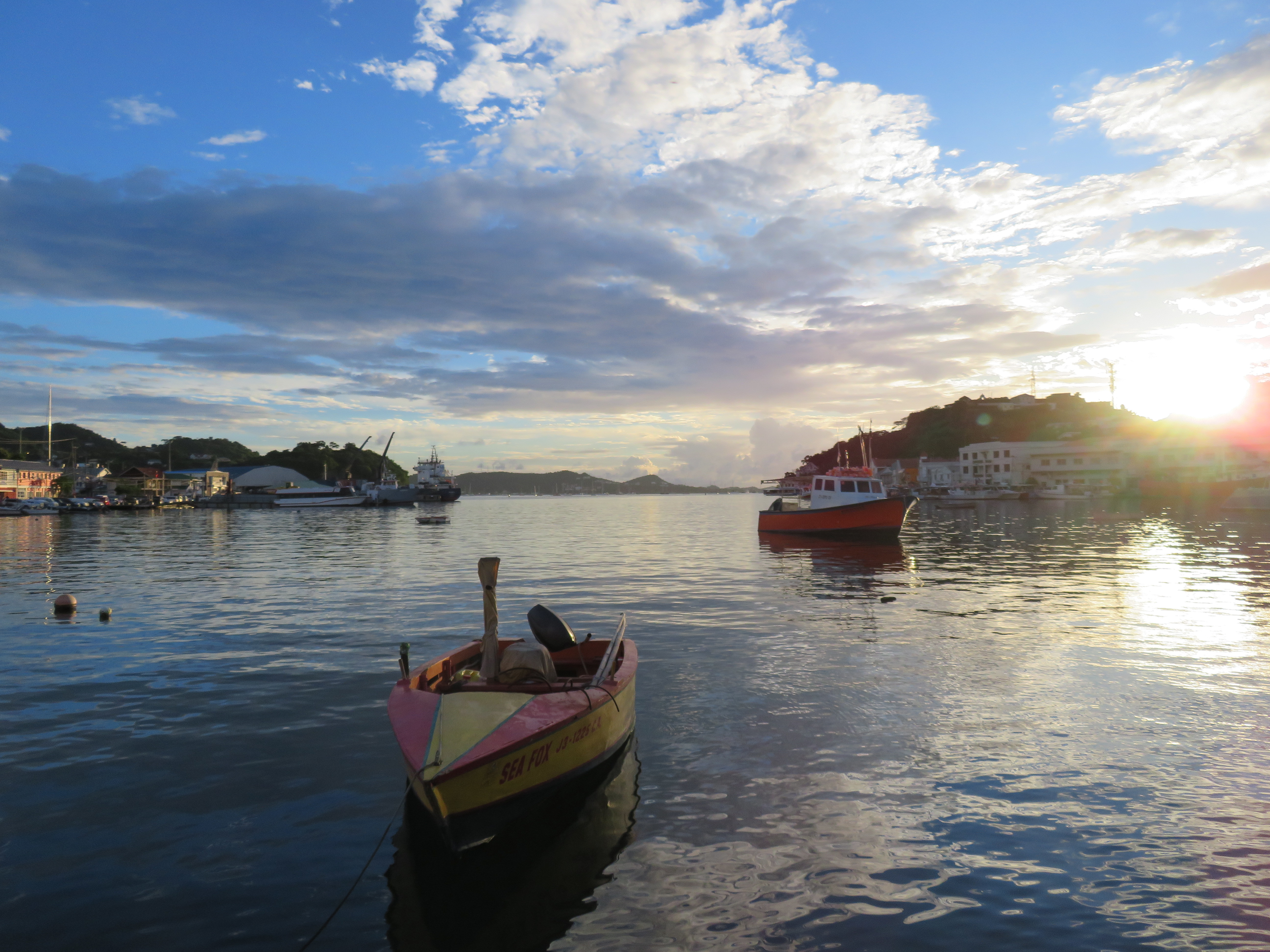 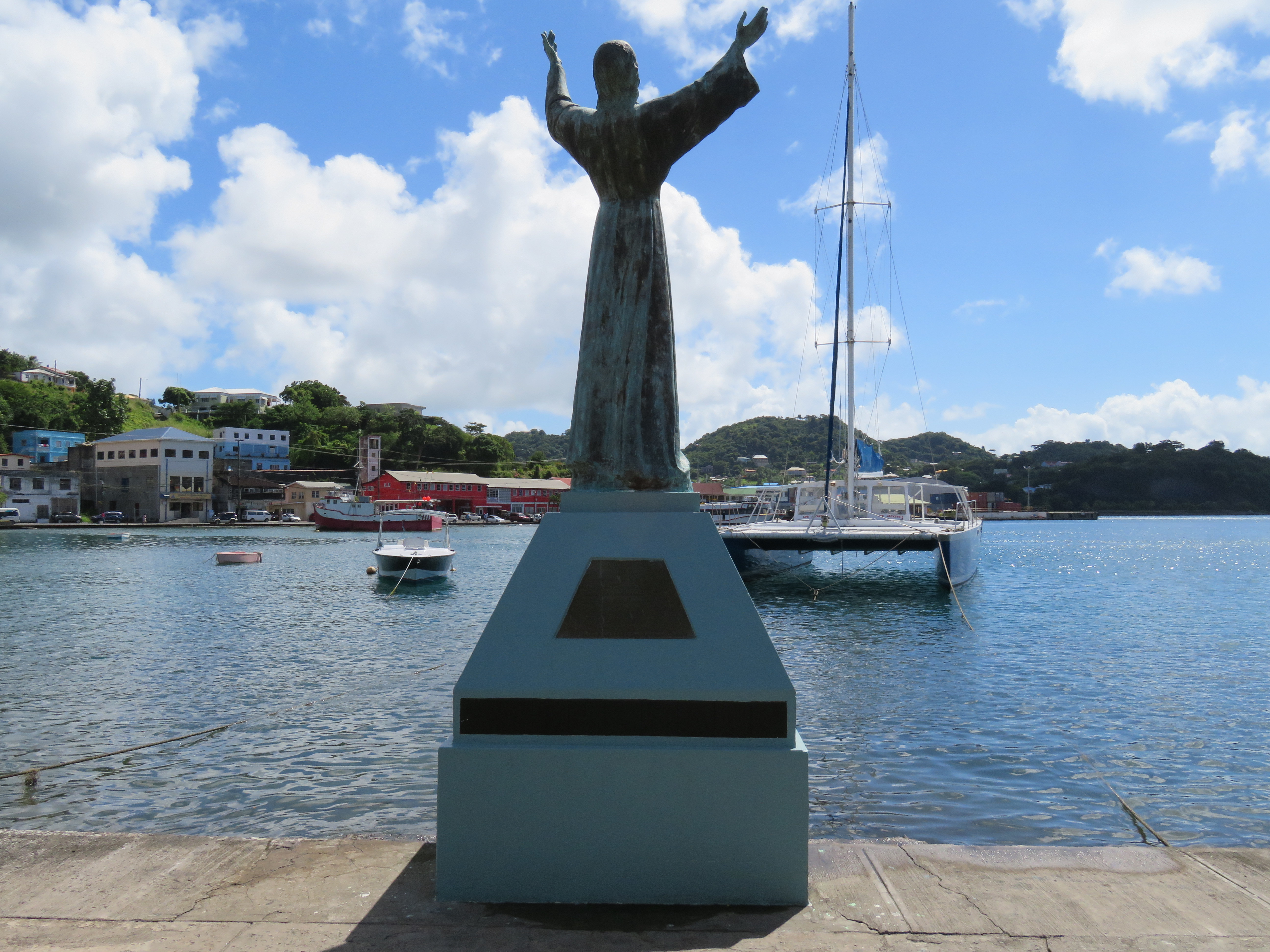 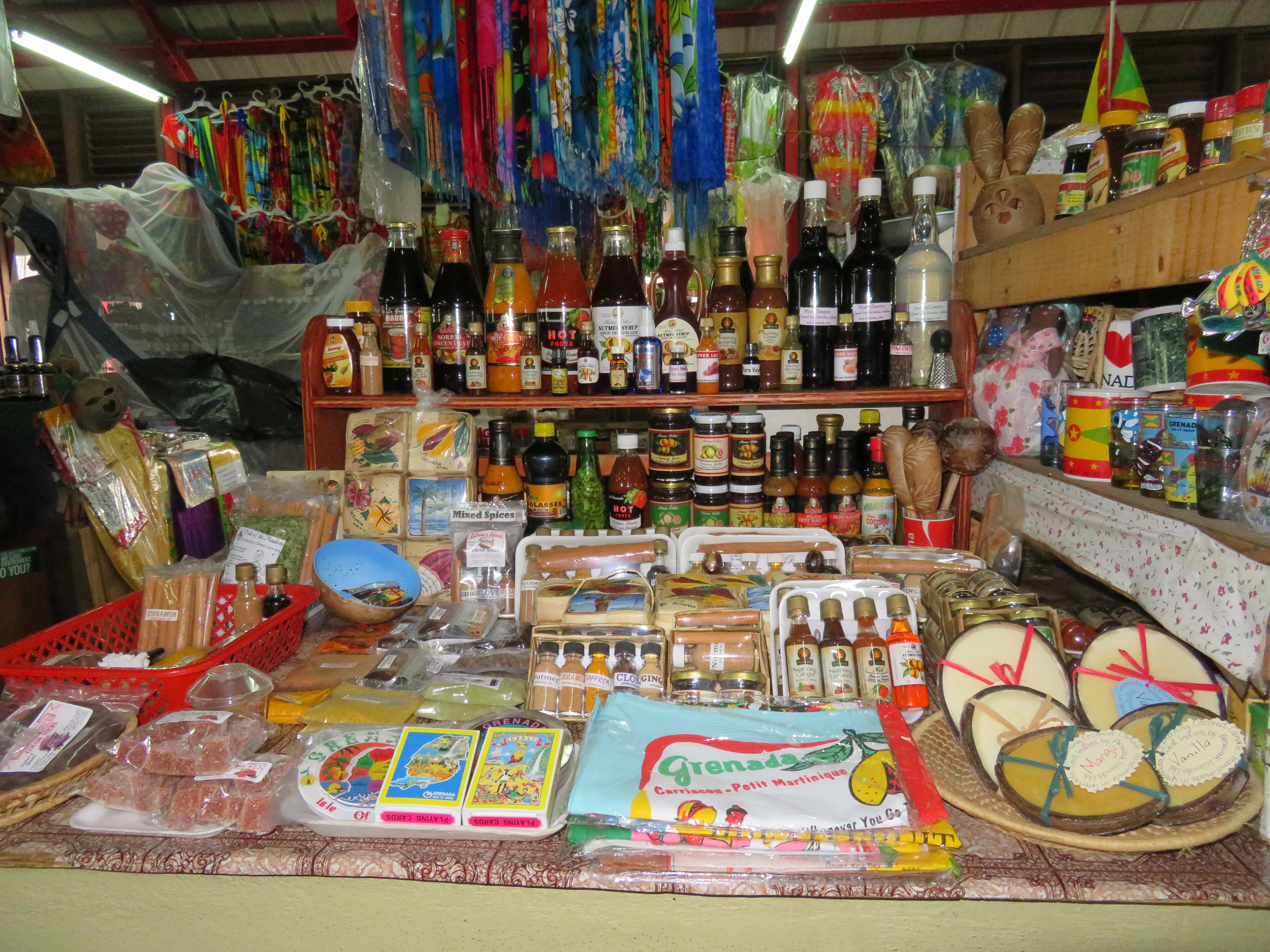 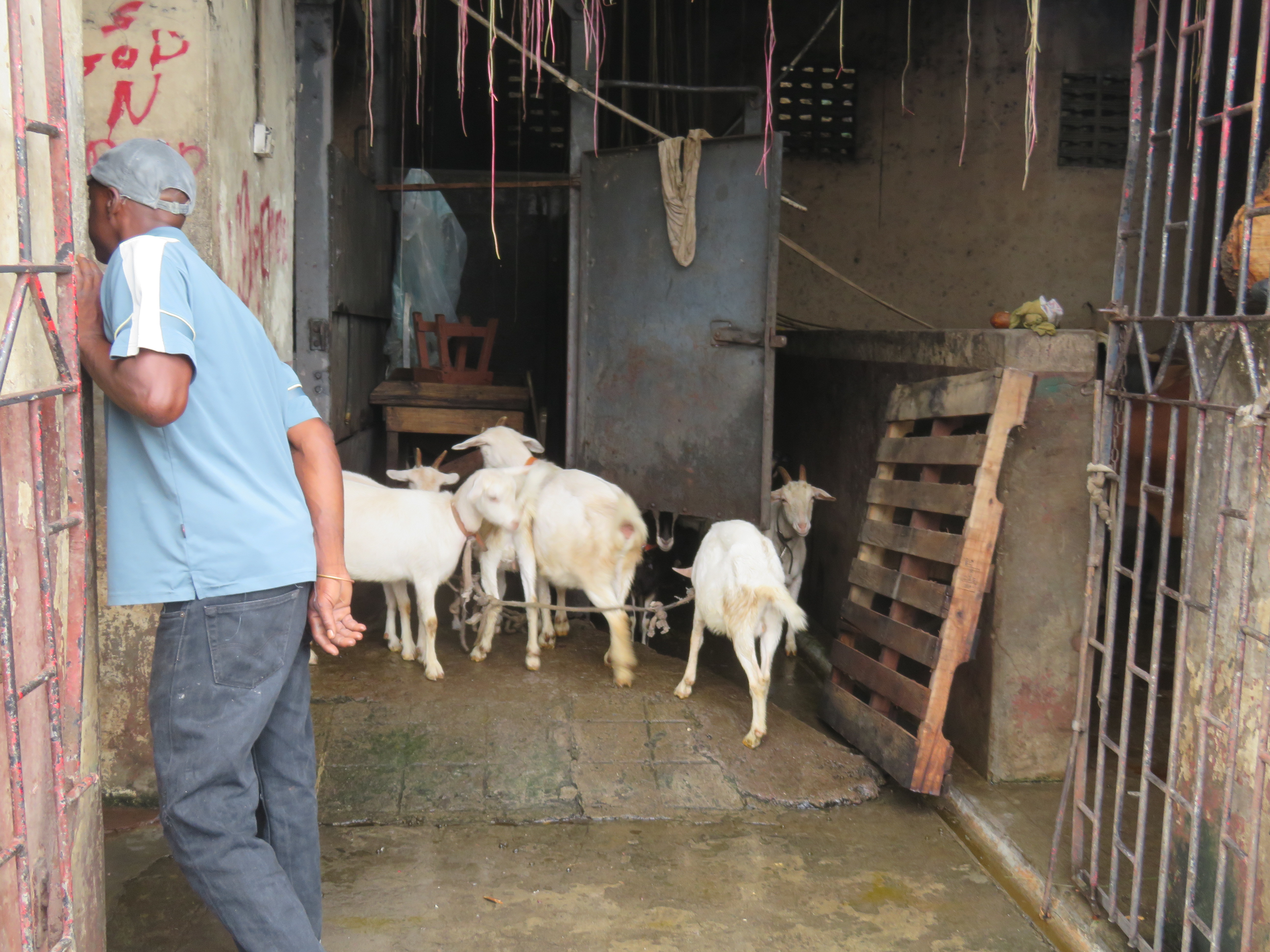 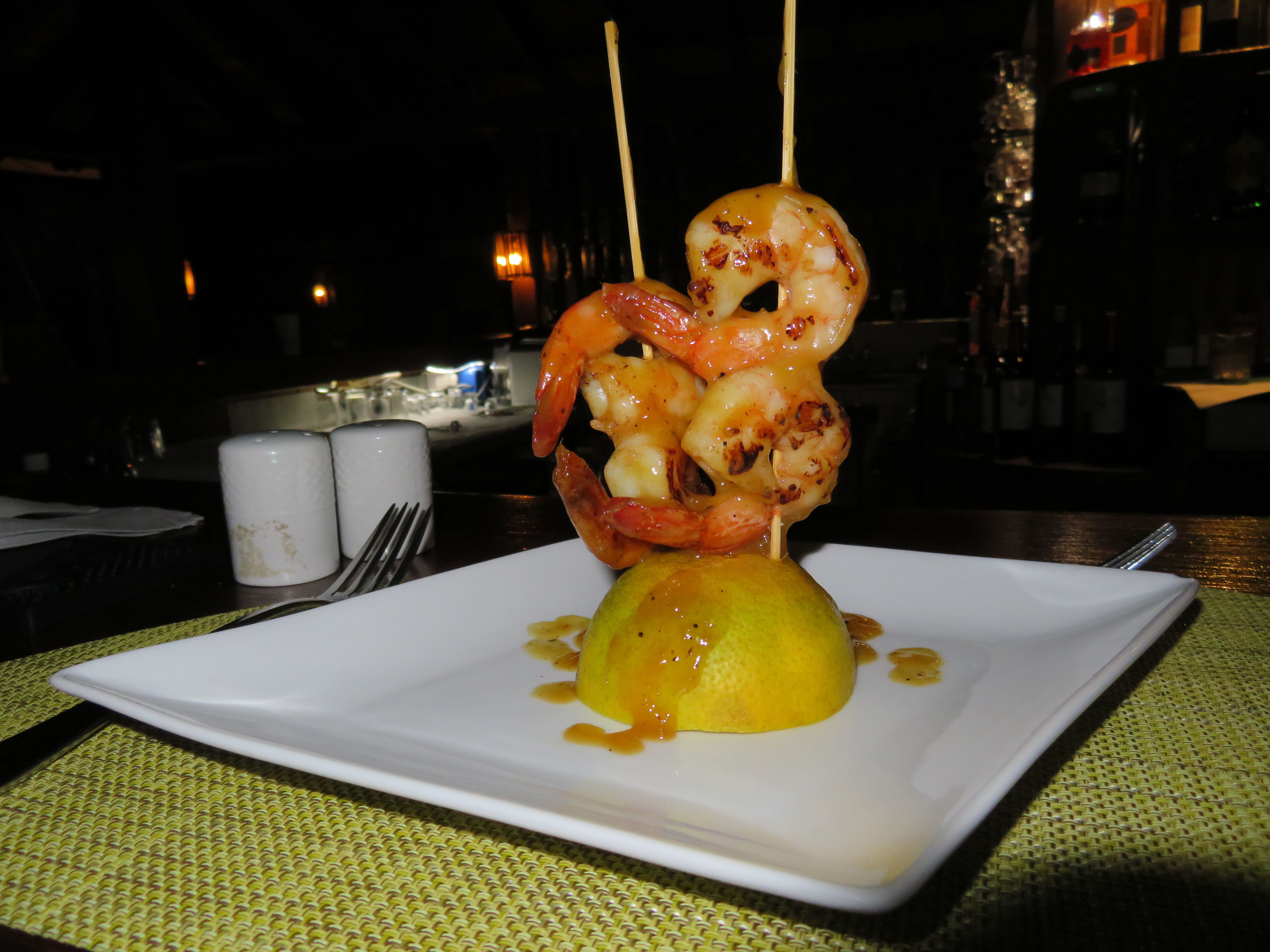 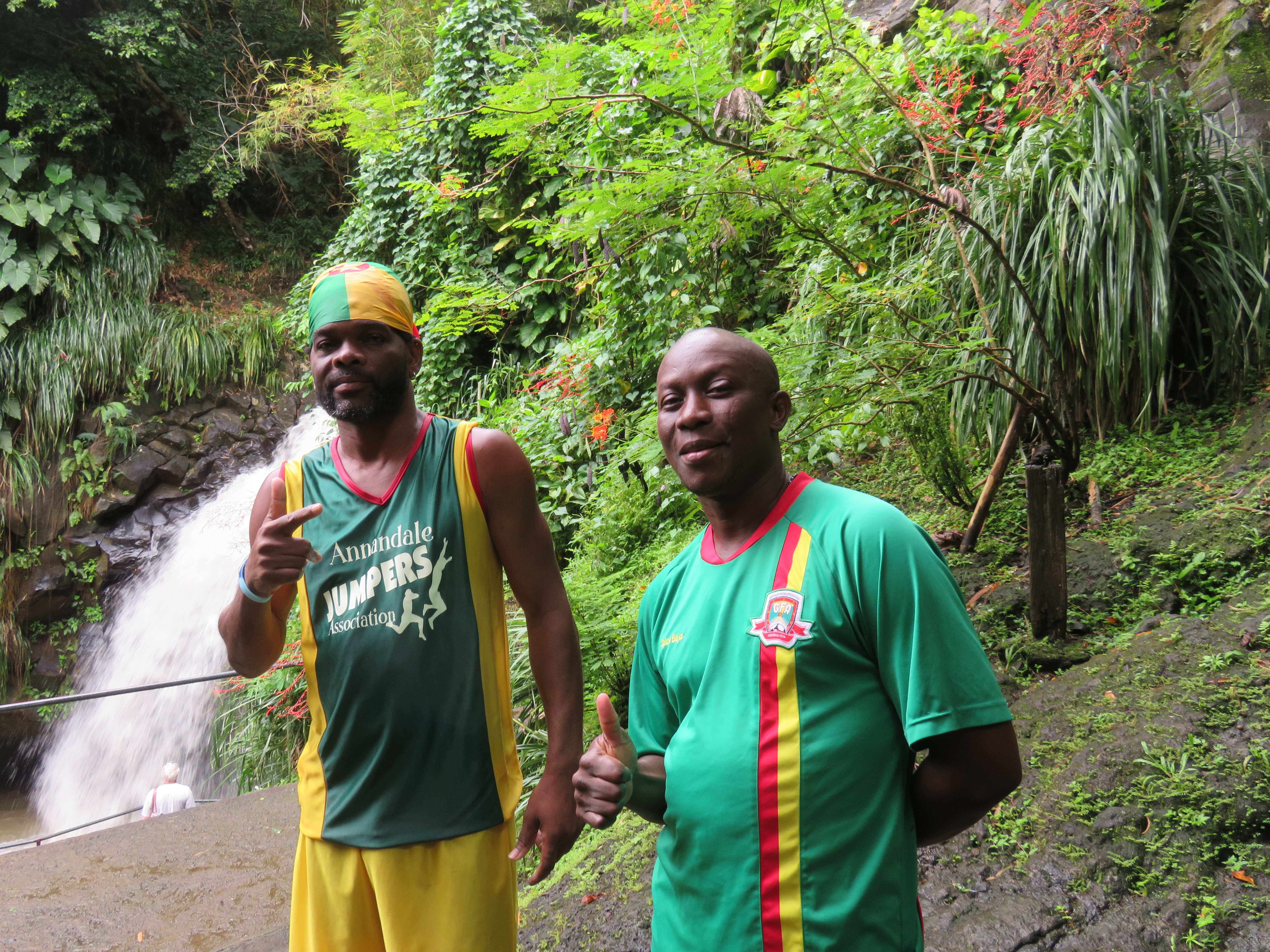 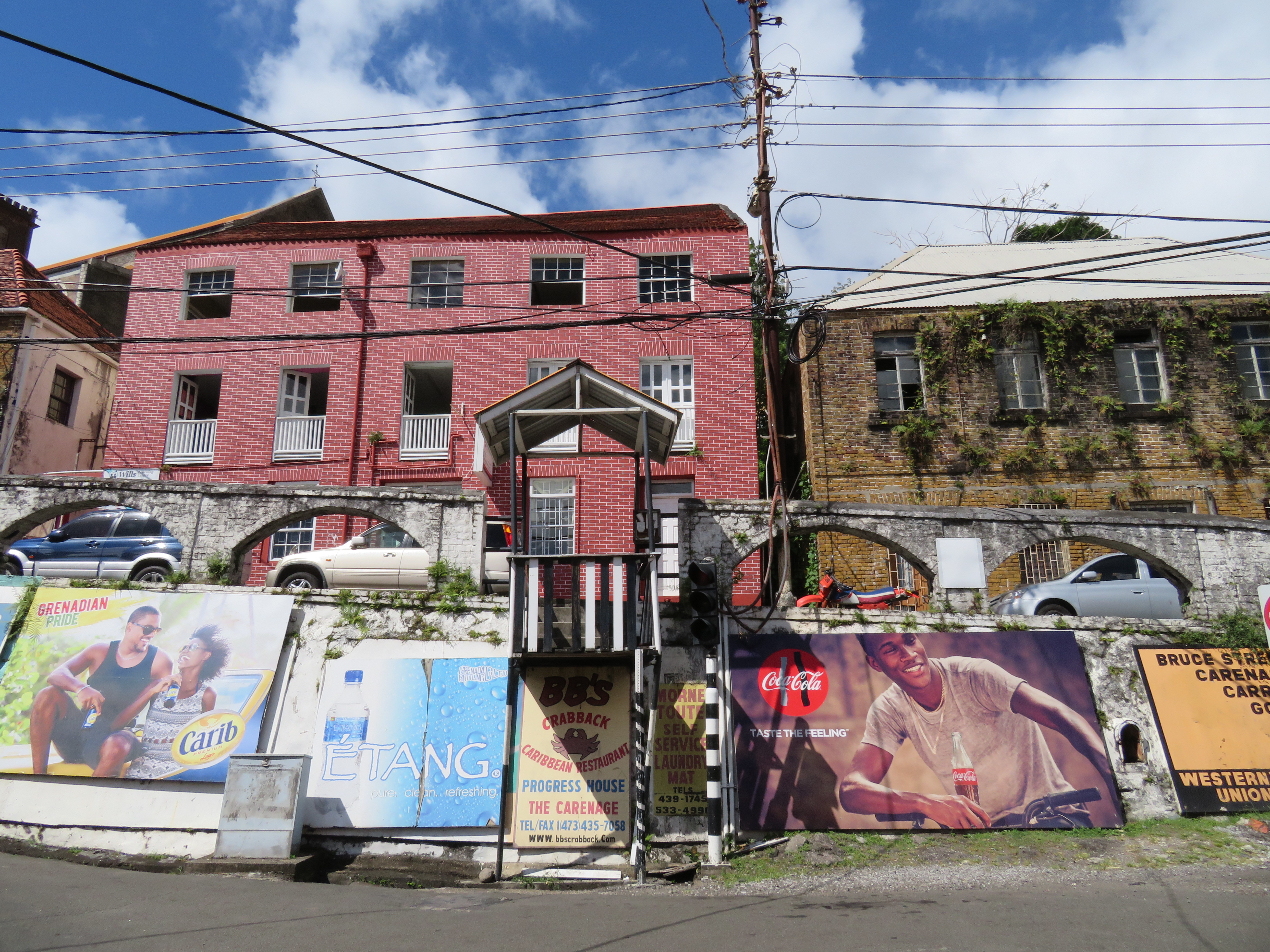 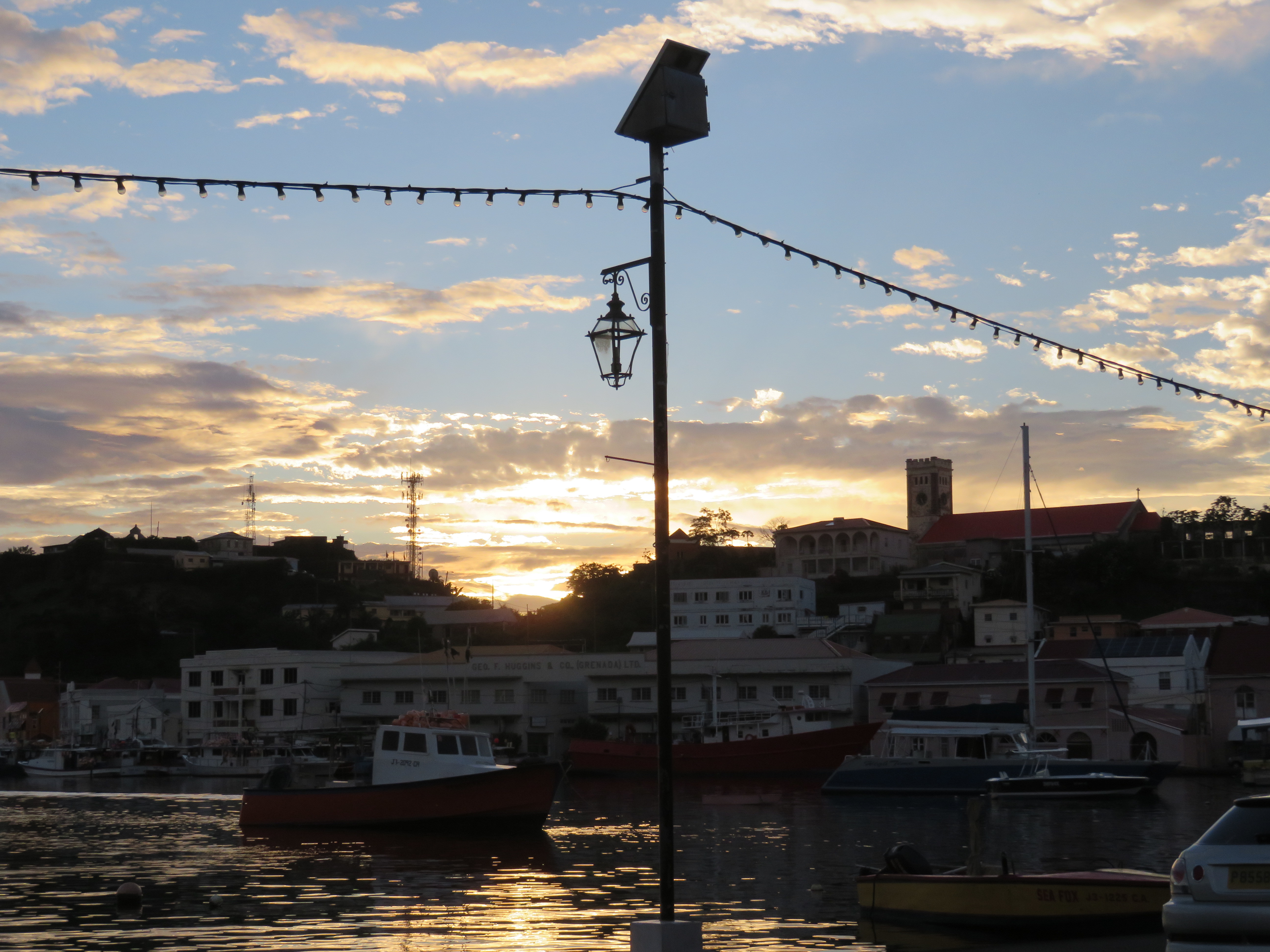