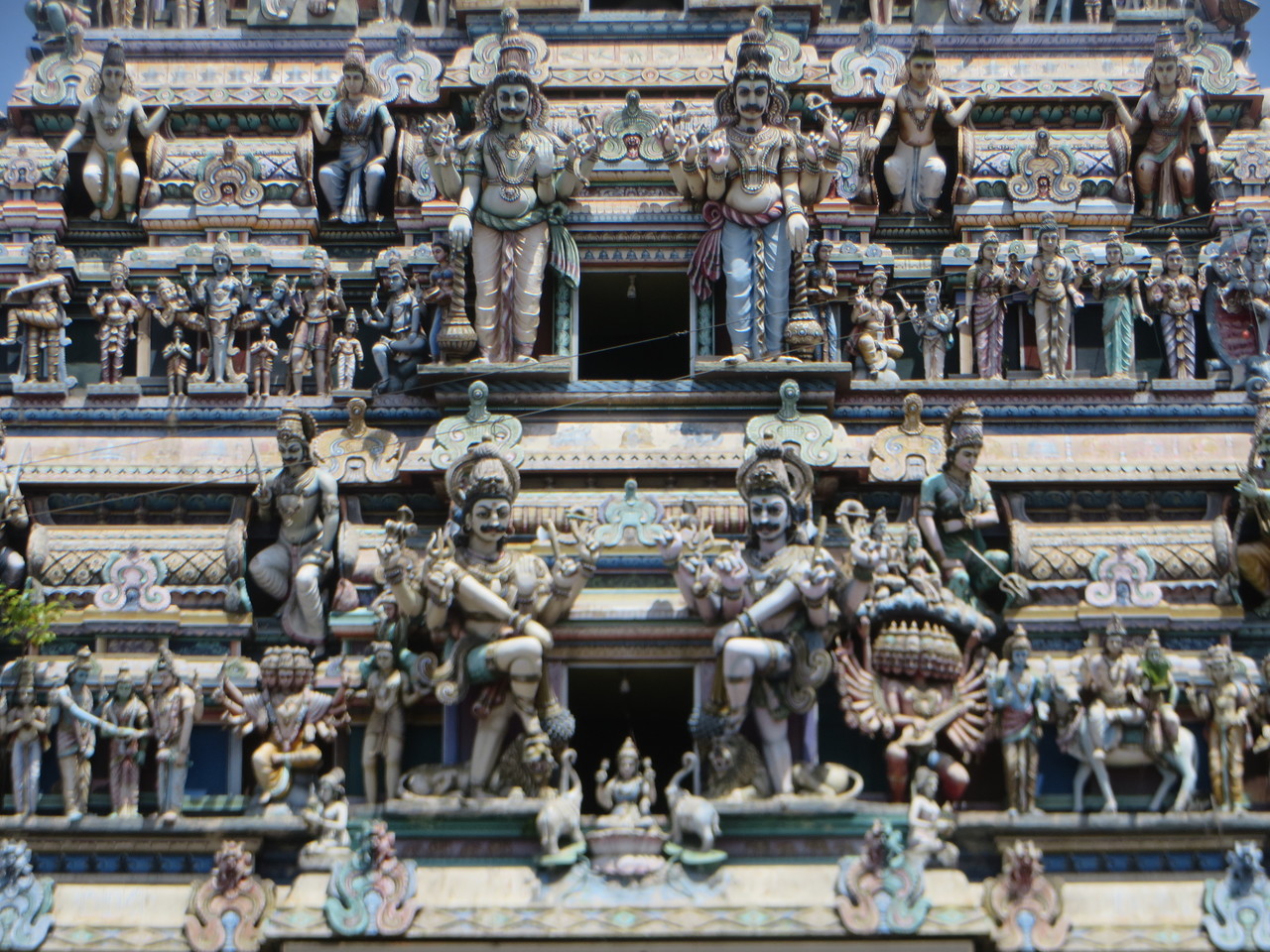 A layer of humidity wrapped around my face as I peered out the window of my apartment-like hotel room. Below me buzzed what appeared like hundreds of tuk tuks (motorized carriages with a motorcycle at the front end) that looked more like ants running to and from the colony than actual vehicles. Along this stretch of highway were a temple, small stores, booths, and finally people. This is my first day in Colombo, Sri Lanka. I had arrived the night before in the cover of darkness and silence and was hungry and well rested. 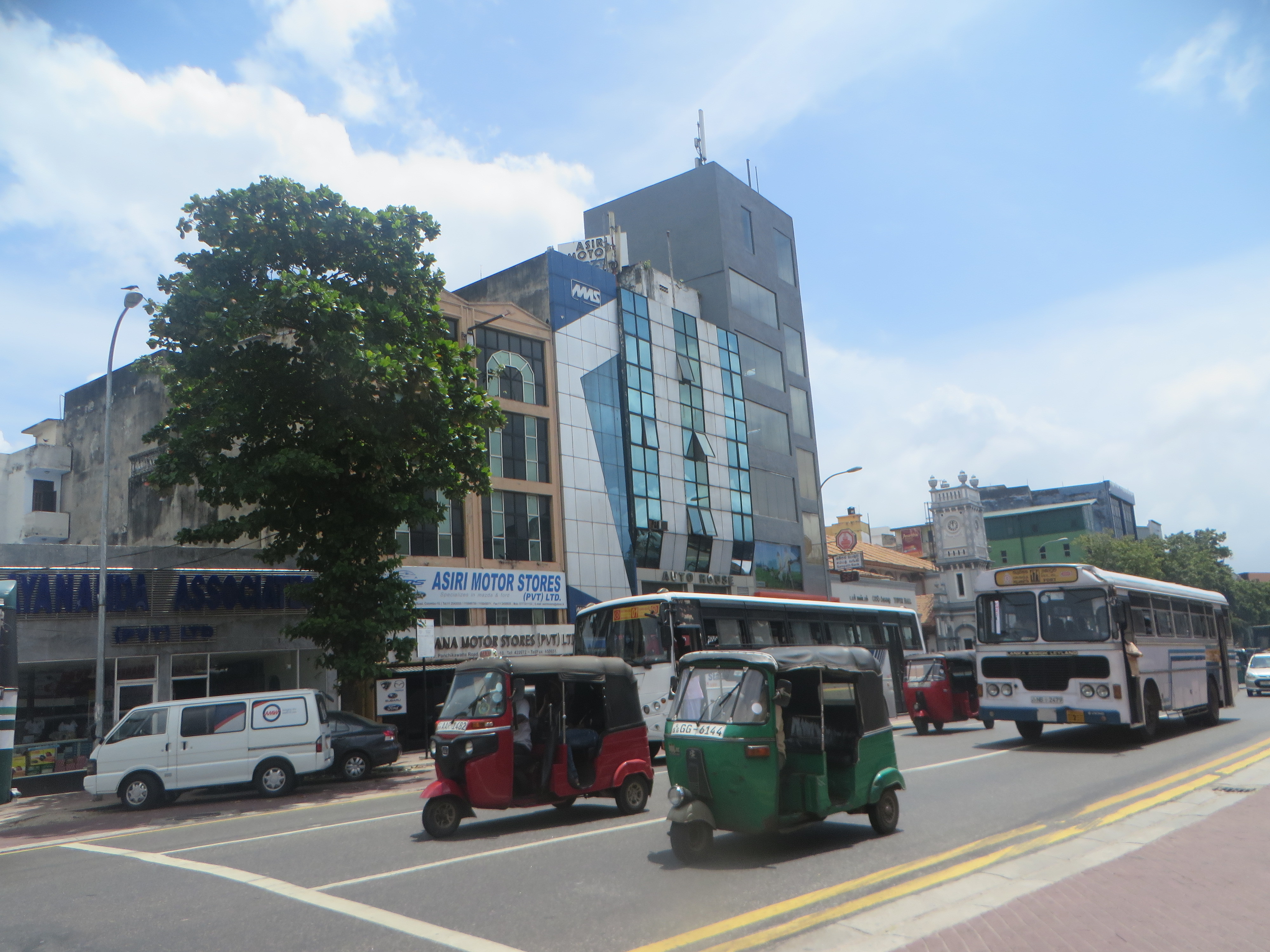 After exploring the Hotel Shalimar, which seemed more like a mansion replete with a courtyard and cafeteria size eating room, I introduced myself to the staff and then ordered a light breakfast of eggs, potato wedges, toast, and juice. While eating, I started to make an itinerary of what to see and breathed in my last bit of cool air before heading outside. 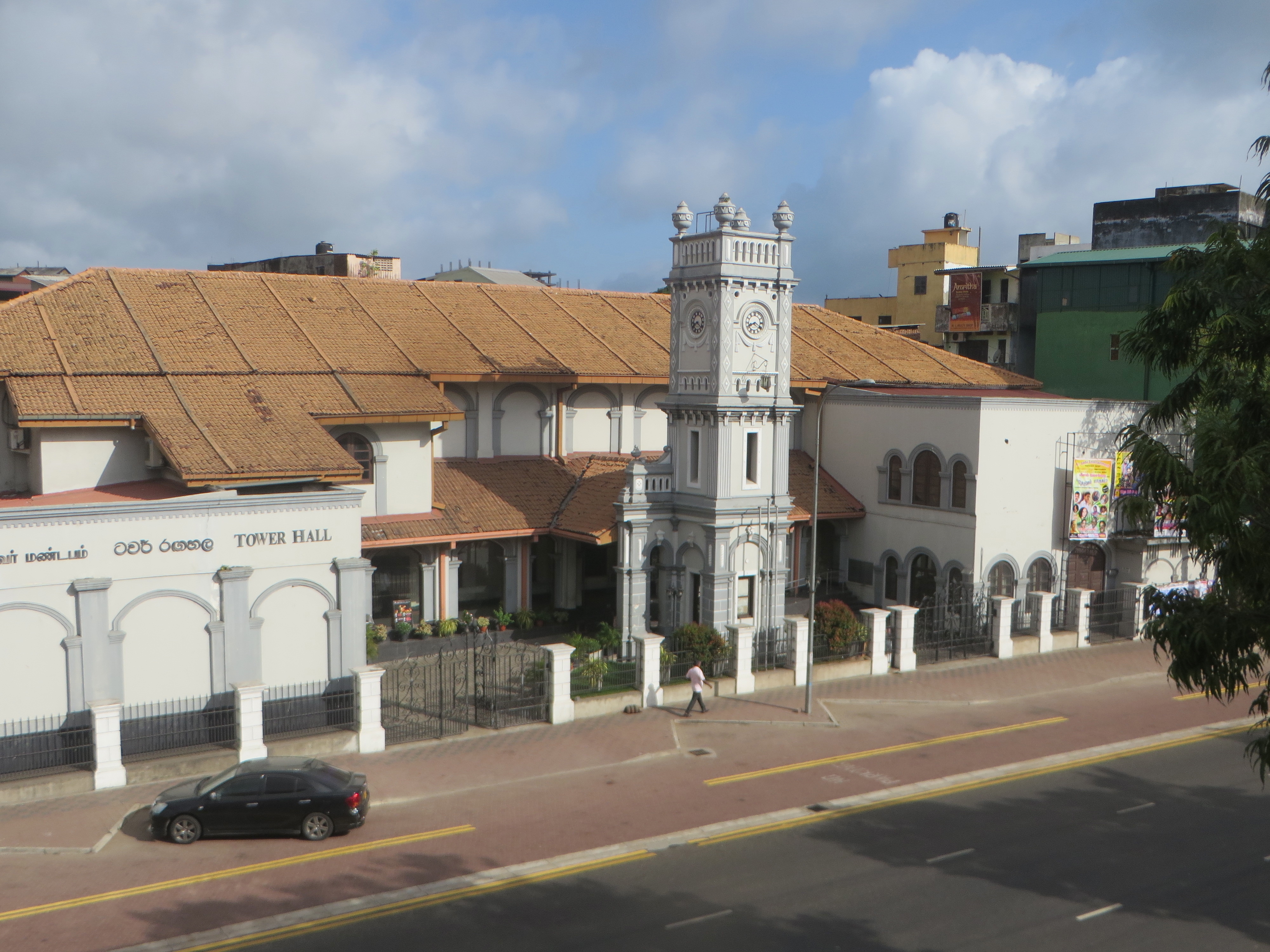 The street felt like what I expected from the view above, but it was less hectic. Moving between people as they started their work day, I tried not to stare as I explored my surroundings. After getting lost, I found my way using a map that was not to scale.

Crossing the streets either requires running between breaks in traffic or using stairs that take you up and above on a cement and stone bridge lined with vendors repairing shoes, and selling magazine and what appears to be lottery tickets. After walking a few blocks, I started to notice that most vendors who offer the same product sell it side by side with their competitors, but neither vendor push customers aggressively. 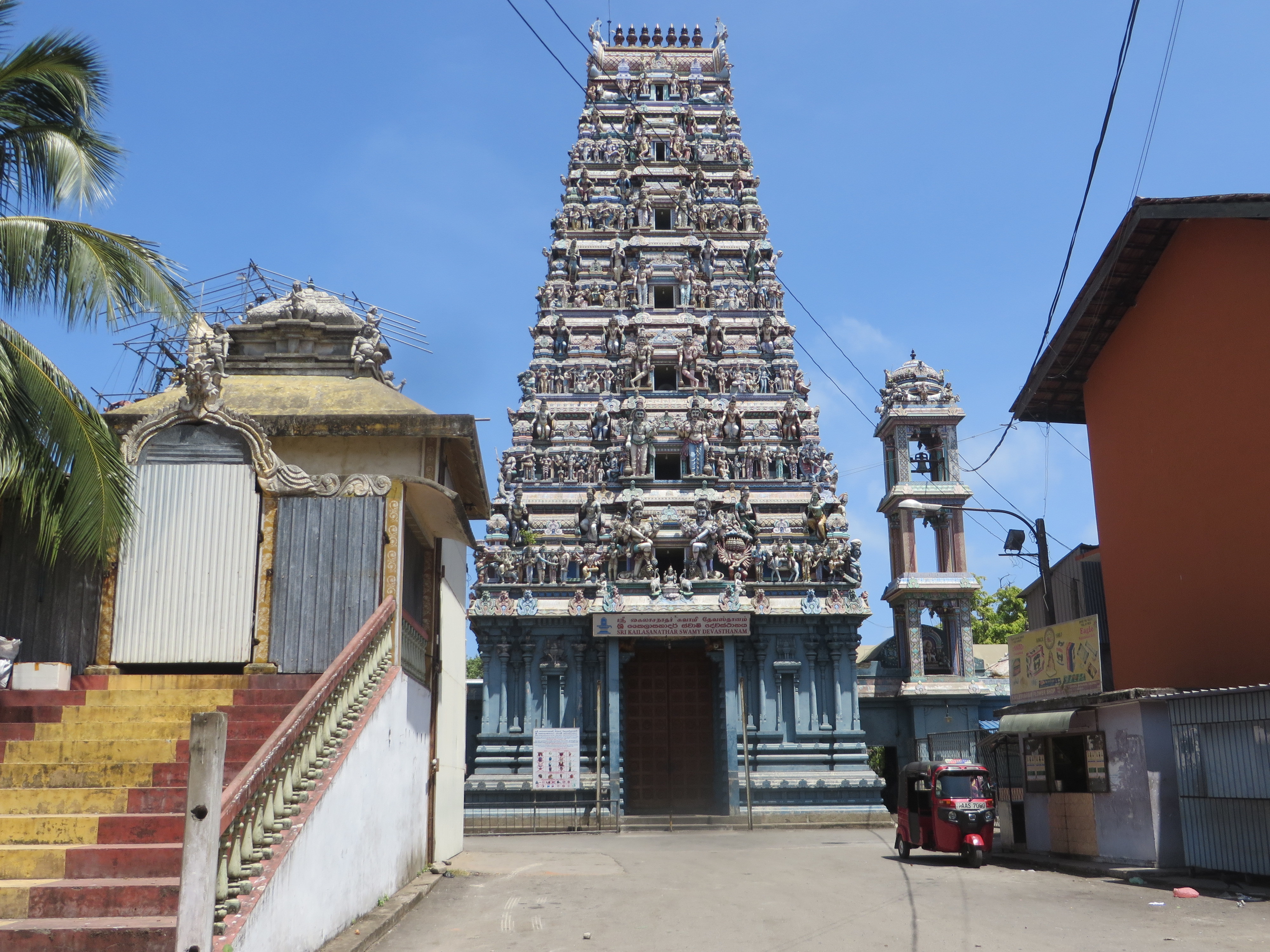 Temples lie hidden in abandoned alley ways as train tracks wrap around the city like a web seemingly going in every direction. I followed my instincts and found the Gangaramaya Buddhist Temple, Floating Temple, and Viharamahadevi Park. I learned quickly that Sri Lankans follow a number of faiths ranging from Buddhism, Hindu, and Islam as the majority and Christians and Catholics as the minority sects. Due to that mix, the history of the country differs depending on which group you ask. Most will refer to themselves as from Ceylon, the former name used while colonized, but there are also Tamils who form the major ethnicities. 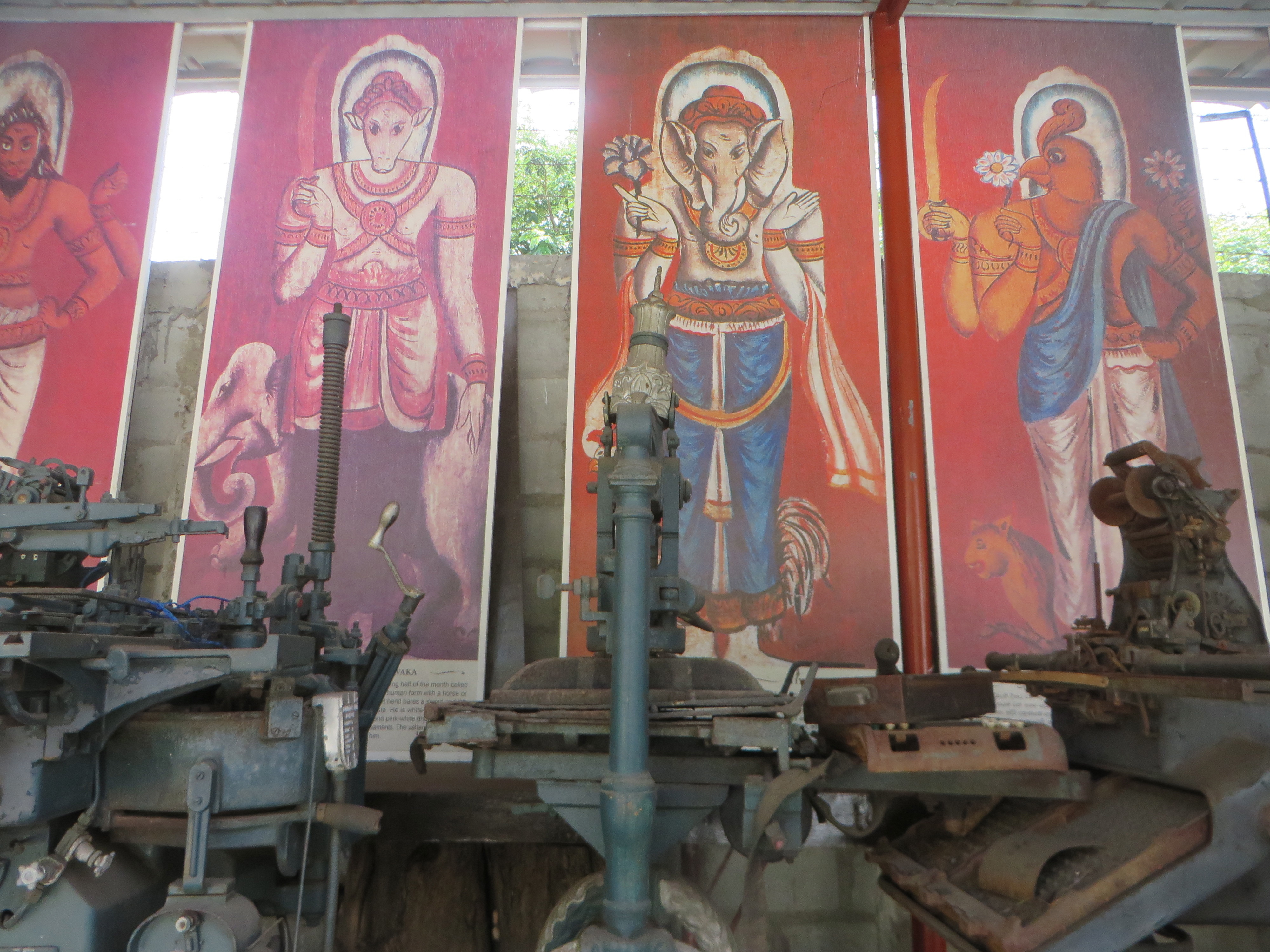 Colombo is not quite ready for tourism....yet. Signs line the Galle Main Road that promote the upcoming openings of numerous hotels and nightclubs, even to the dismay of locals. As I walk further to the Laccadive Sea, the railroad tracks reappear and form an outline around the edge of the water with a few boulders here and there to allow people to fish or get splashed by waves. Suddenly, the train arrives slowly filled with passengers crowded into each compartment. Some hang on to the outside or sit in the open doorways hoping to cool down via a chanceful breeze.

I head back to the main street to find the Galle Face Green Park where families bring their kids to fly kites or swim in the Indian Ocean. Friends joke around while looking at the horizon. Some get treats from the vendors who work in and around this area. Passerbys, like myself, are simply passing the time and watching people. 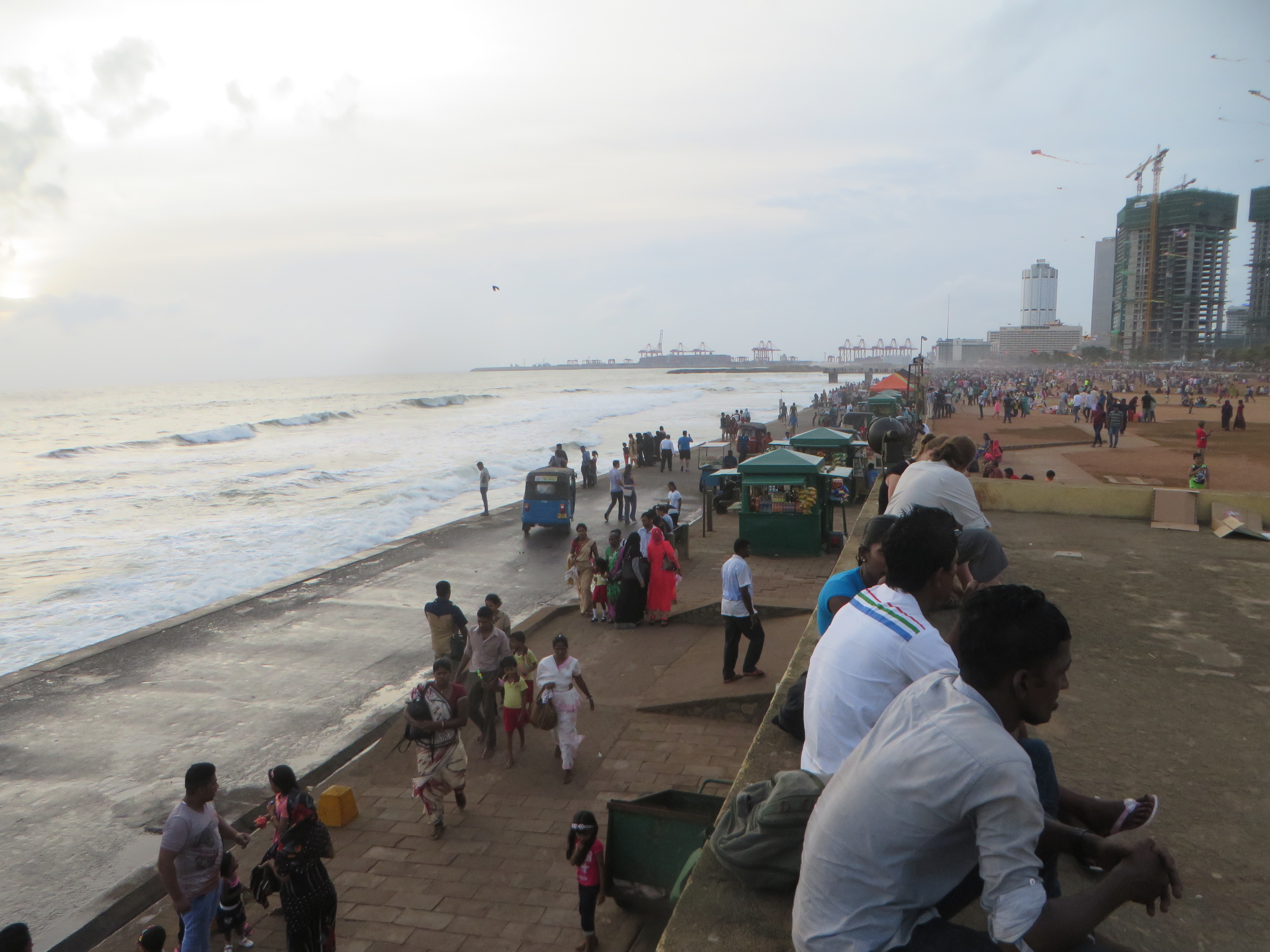 I cross the street to take an air conditioned break in the lounge of a hotel over a few beers and conversations with the bartender and various staff while a family musical act performs American soul standards. As the night continues, I enjoy dinner over light flirtations with one of the singers until her parents pull her back on stage to sing for the late evening crowd. 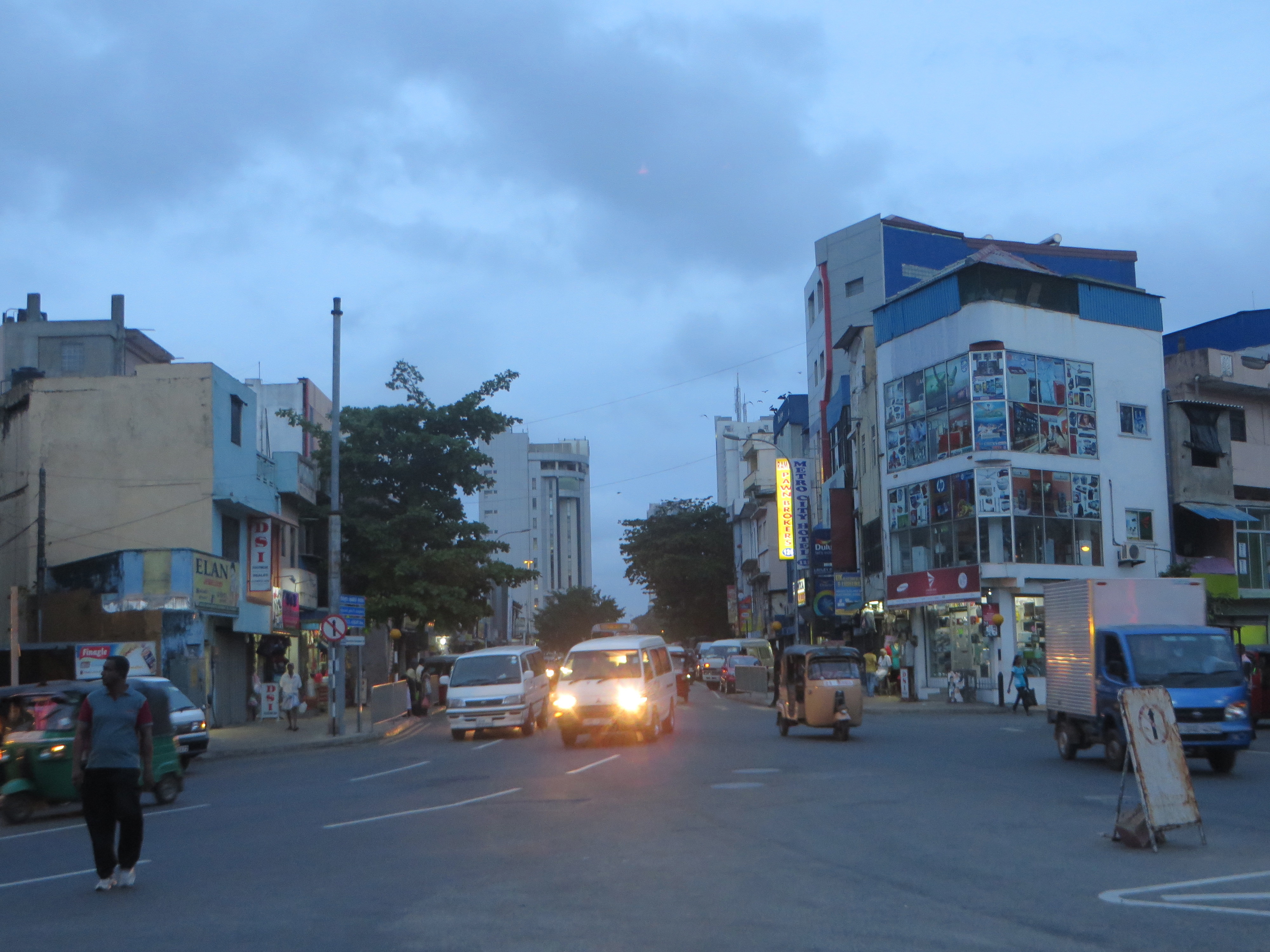 As the sun starts to set, I make my way into the interior of Colombo. The dark street begins to give way to a chaotic scene of restaurants, lights, tuk tuks, and railroad crossings. My instinct leads me back to the general direction of my hotel using skyscrapers as my North Star, and then I hear someone call out to me and say, “Aren't you tired?” I have seen you walking since this morning so maybe you need a taxi.”I replied, “I have two tree trunks for legs; I can make it.”

Exhausted, I find my hotel with a bag of soda water in hand, purchased from a mini-store across the street. I walk past men smoking cigarettes, drinking beer, and talking while families eat dinner. Slowly, I make my way up the stairs and into my room. I'm dripping wet from a long day of walking and the A/C chugs on. I sip my soda water and go back to the window to watch the tuk tuks now appearing as lighting bugs zooming into the night. I watch for a few minutes before turning off the light and wondering, what should I do on my second day? 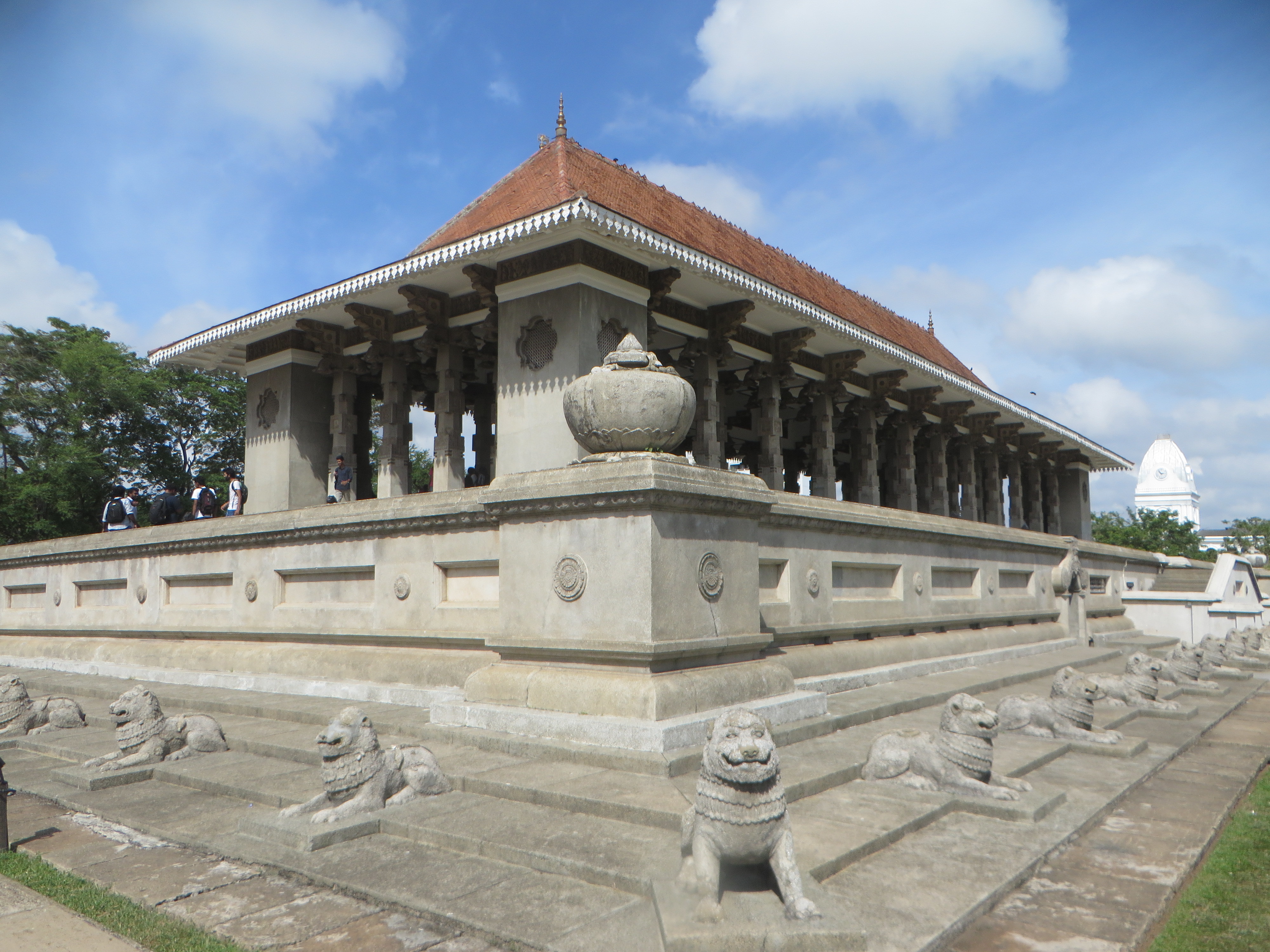 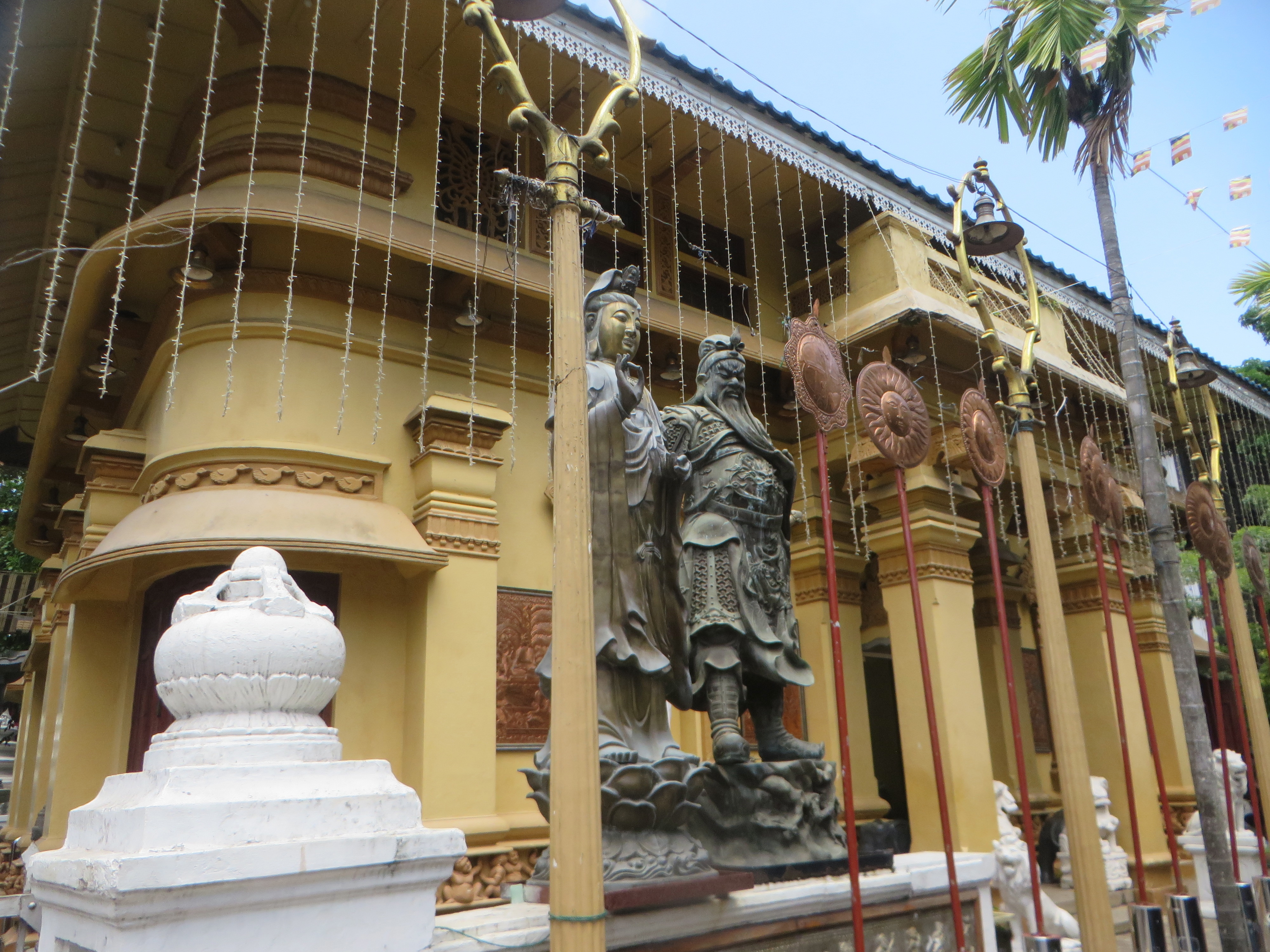 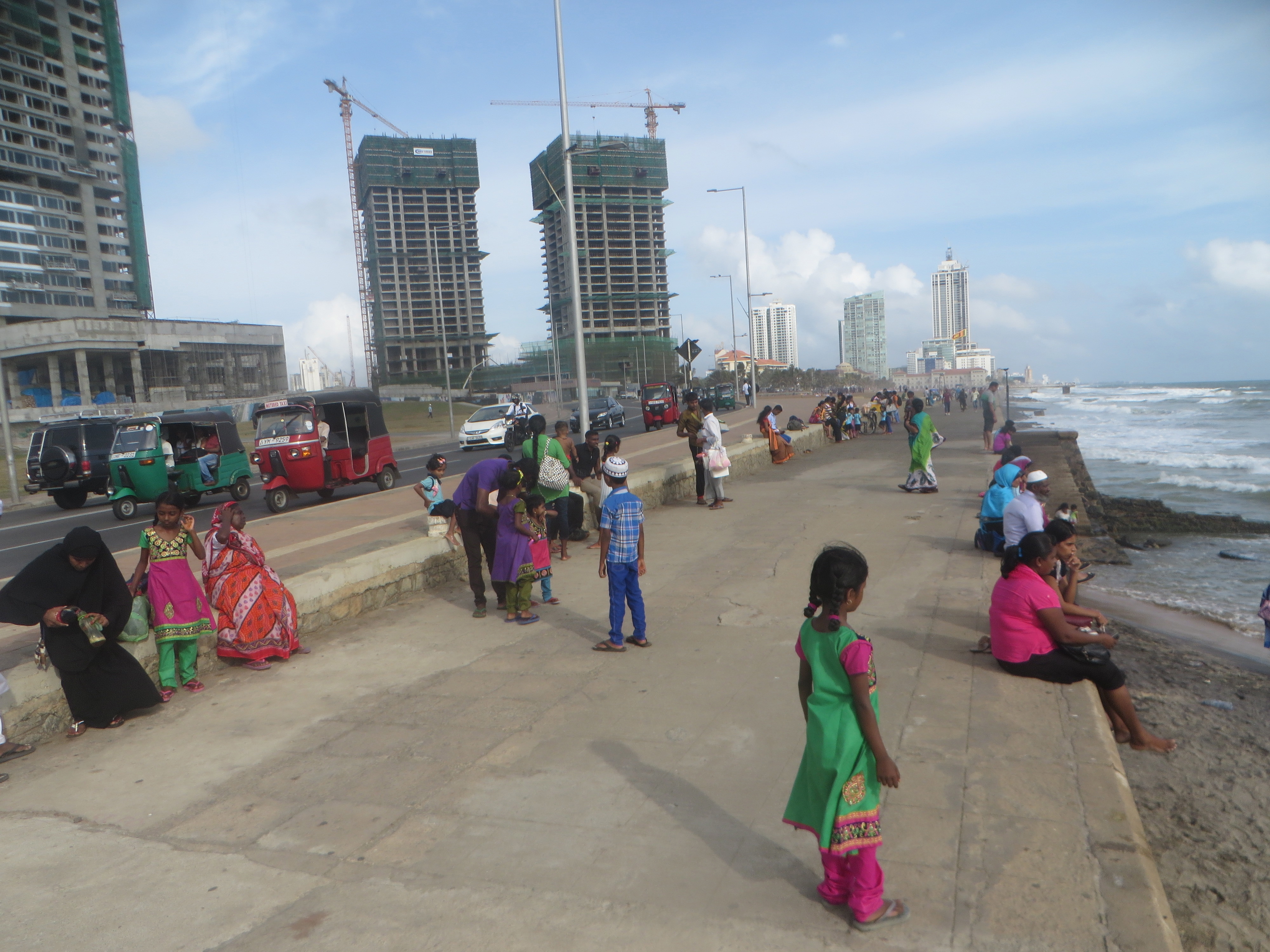 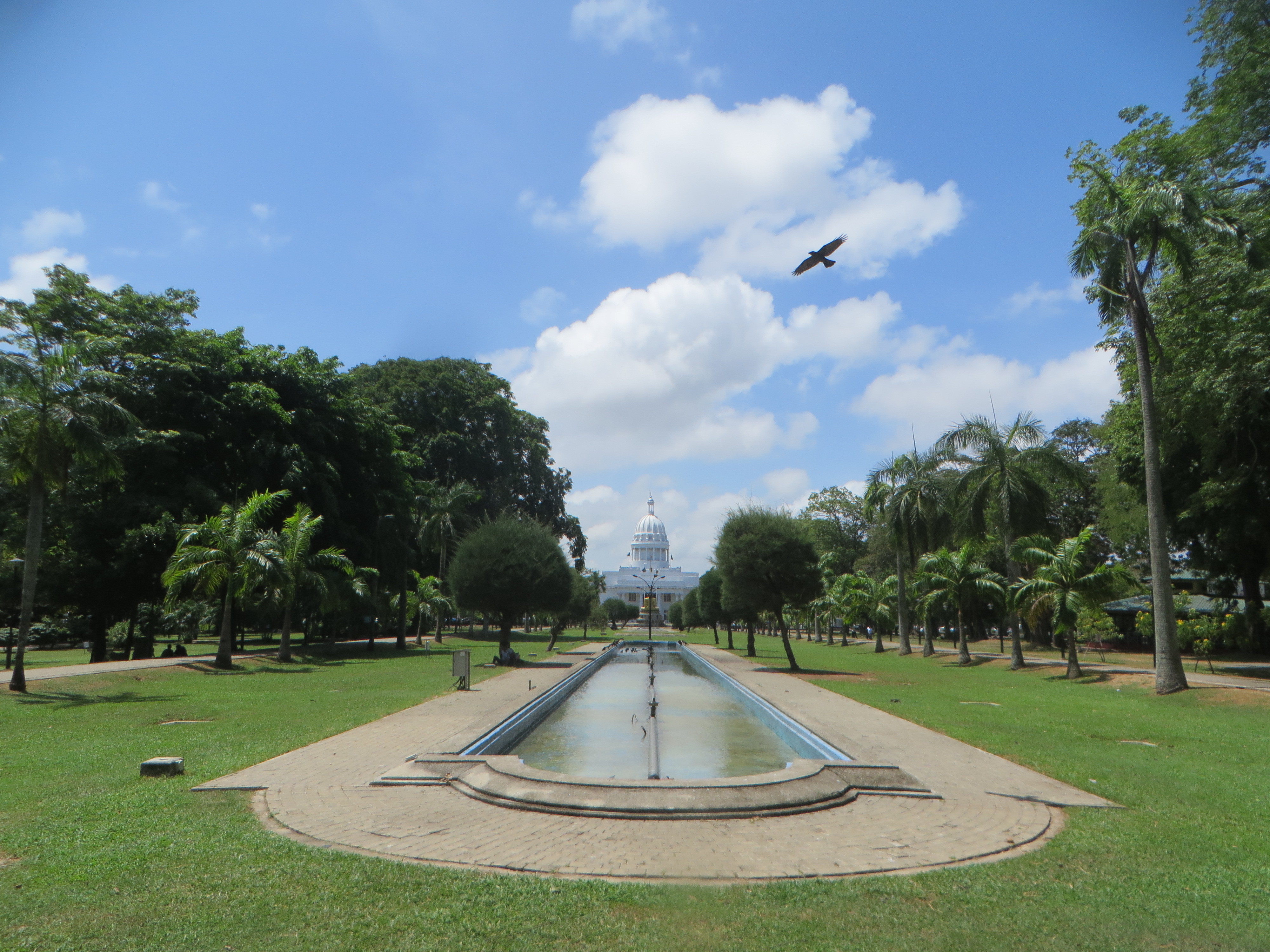 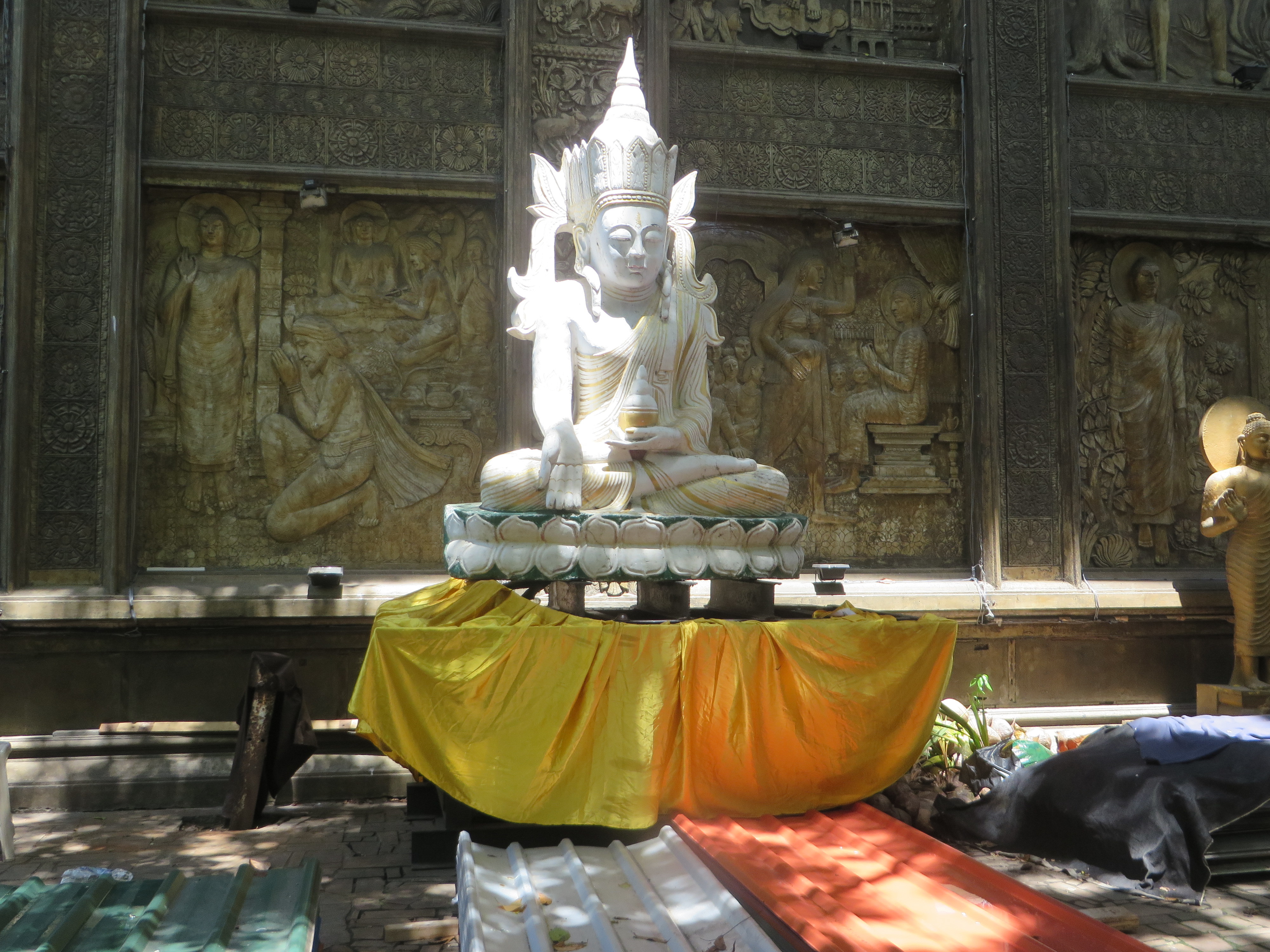 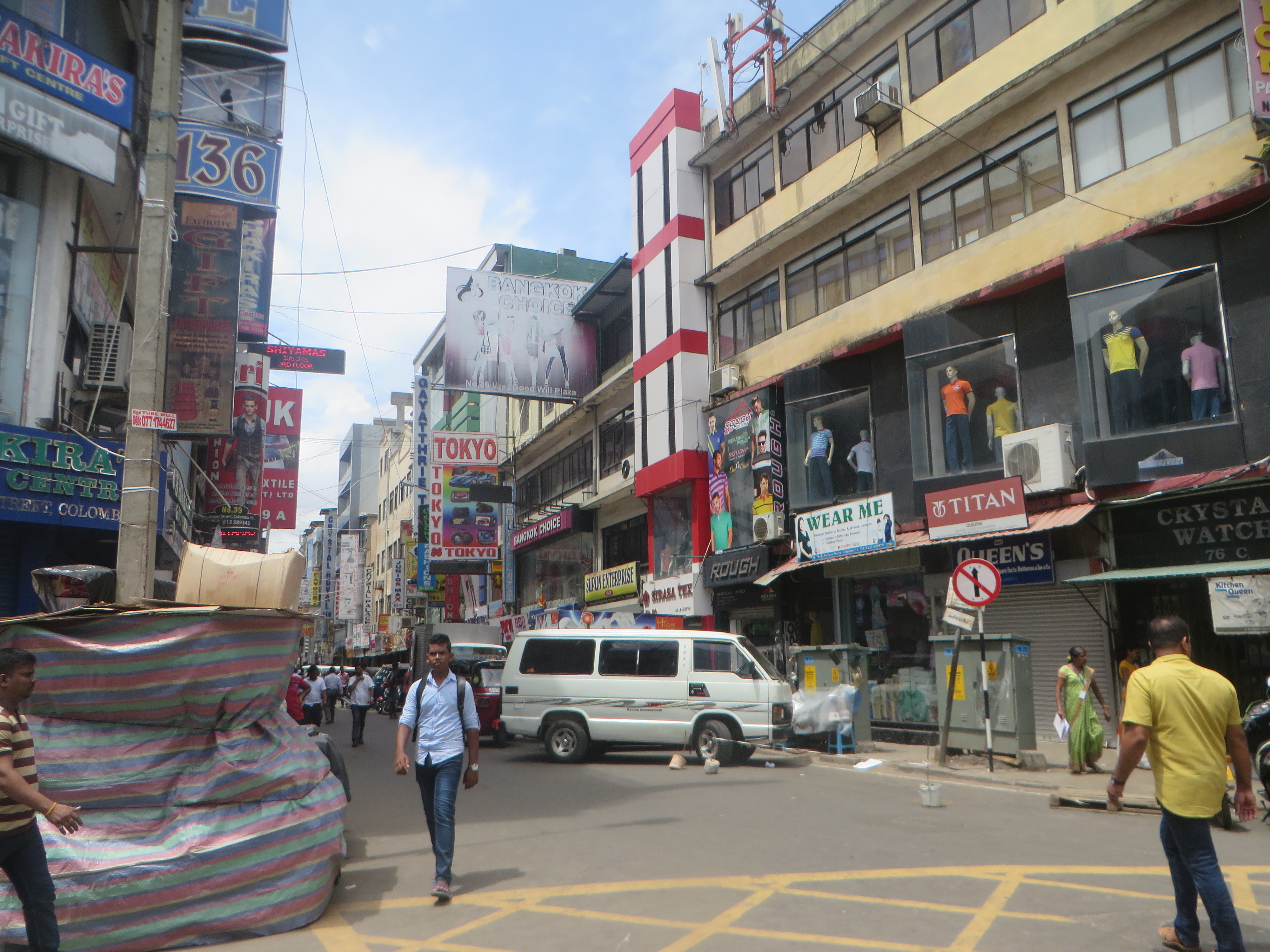 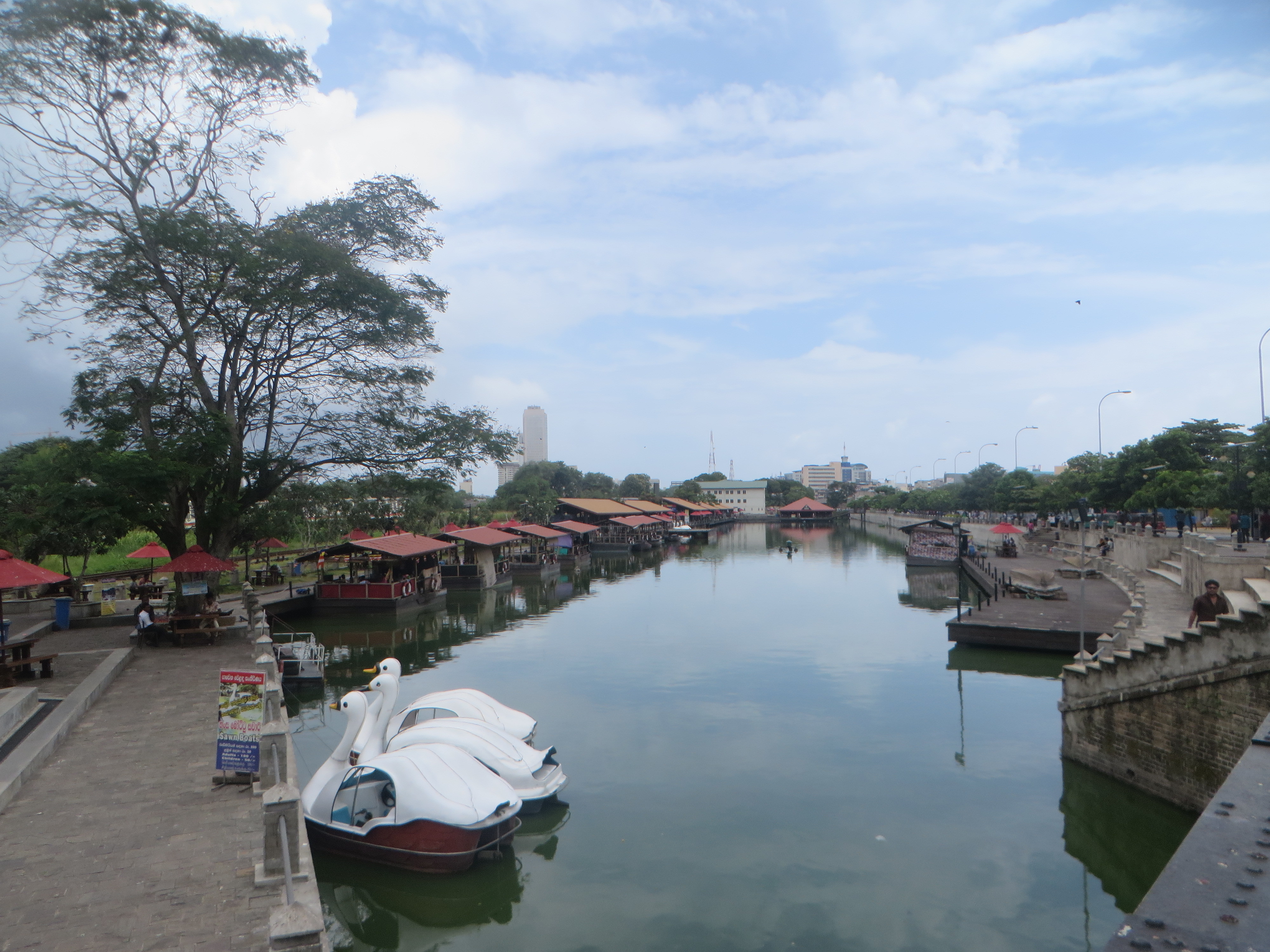 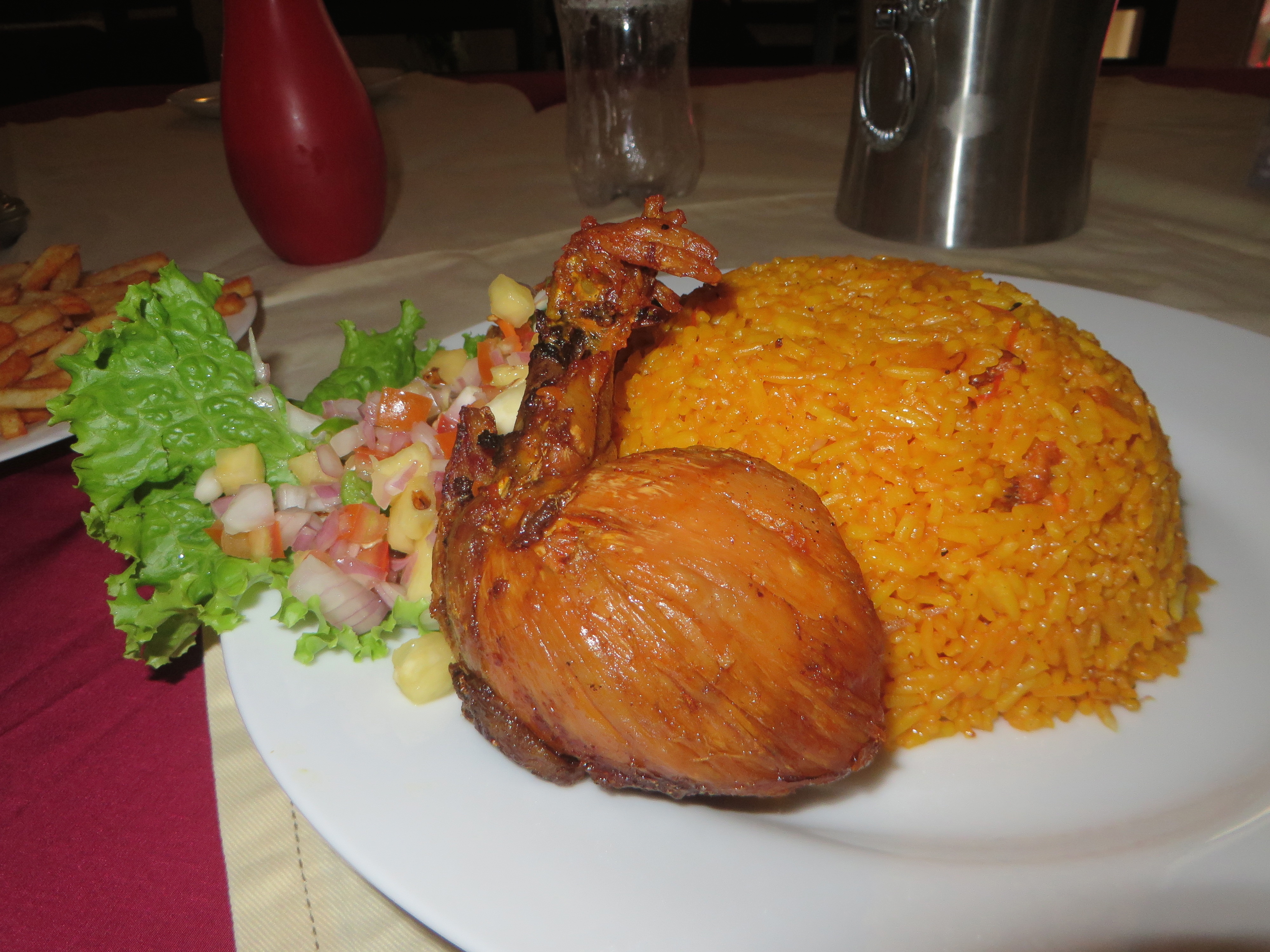 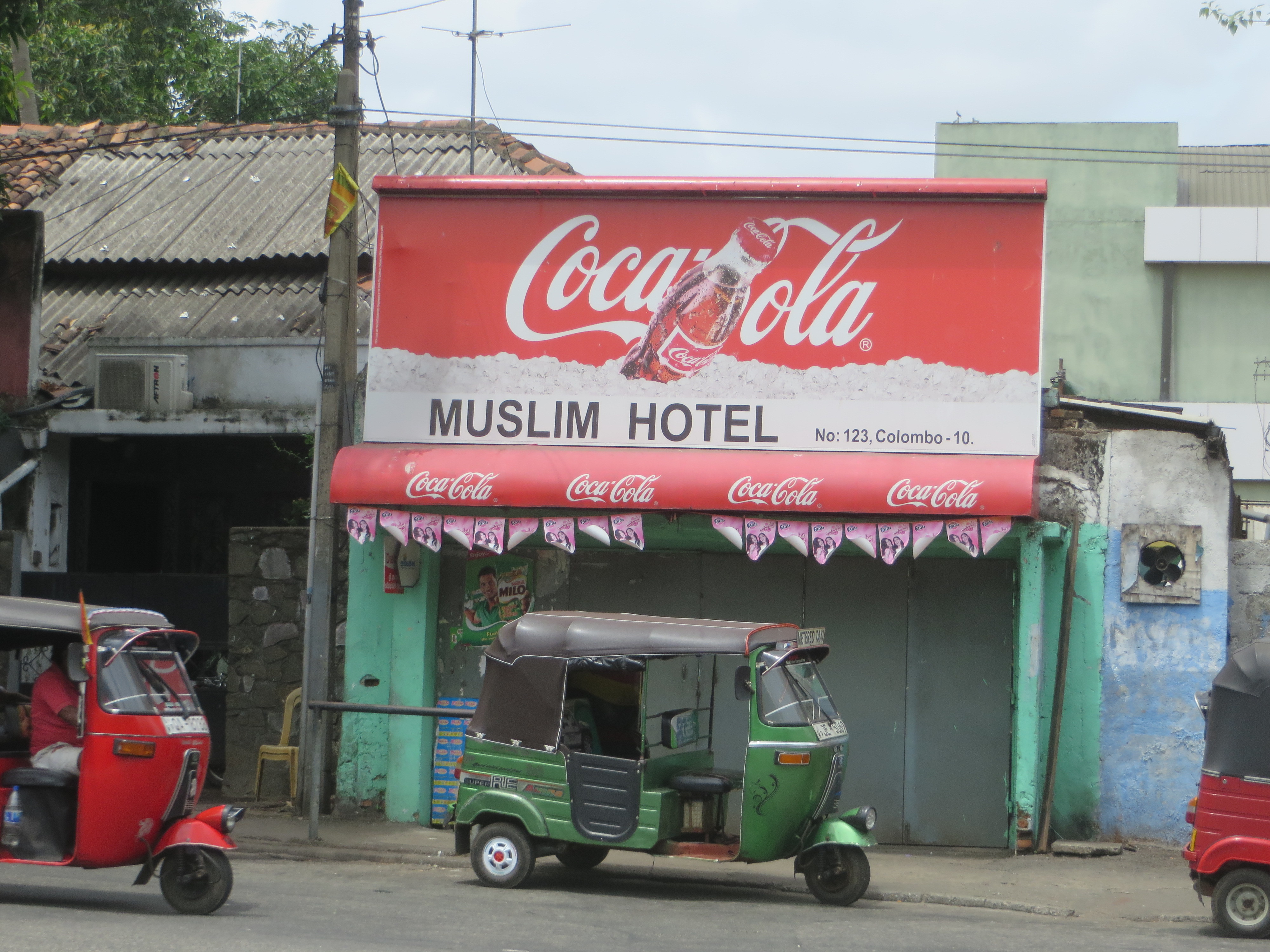 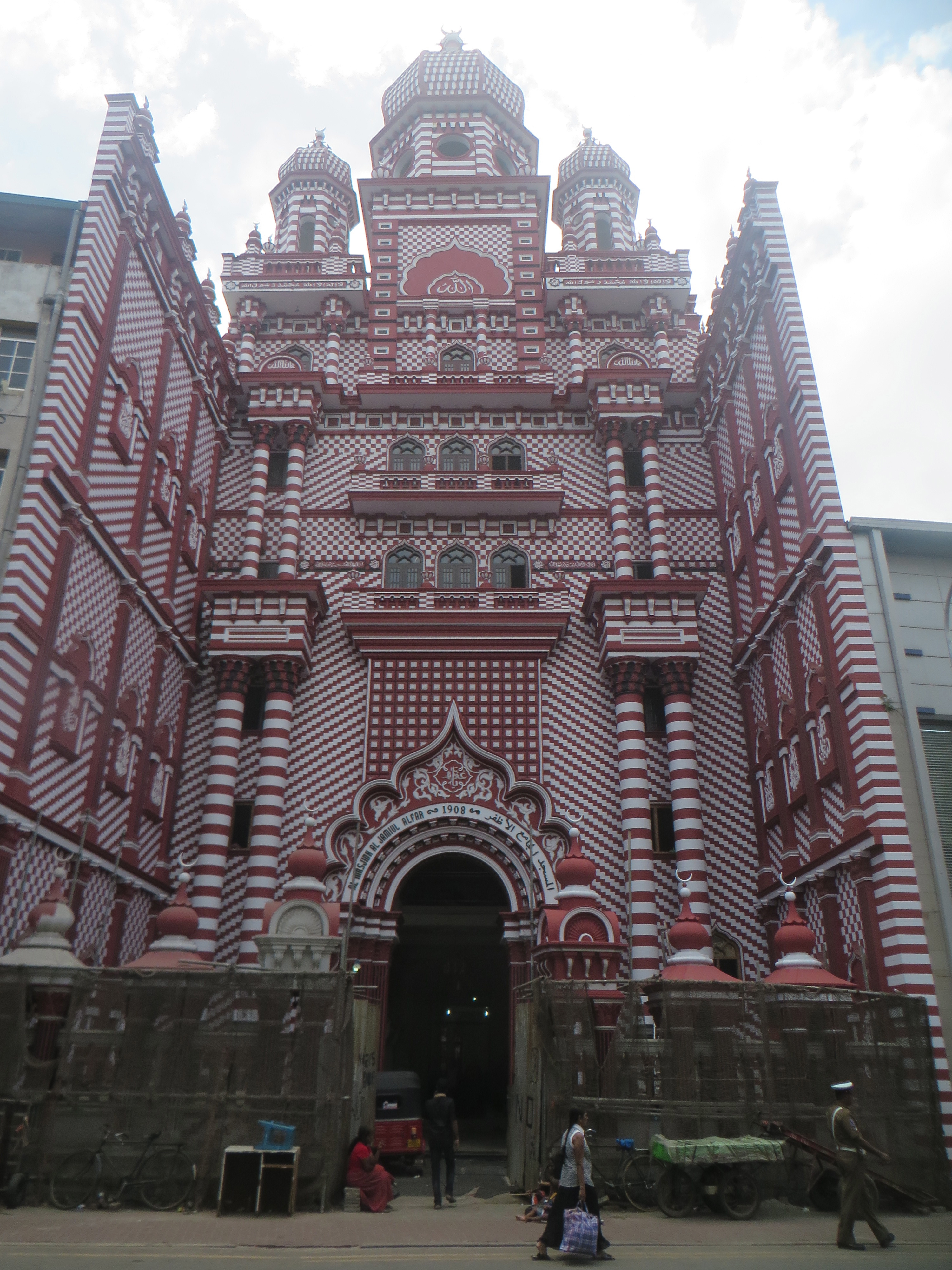 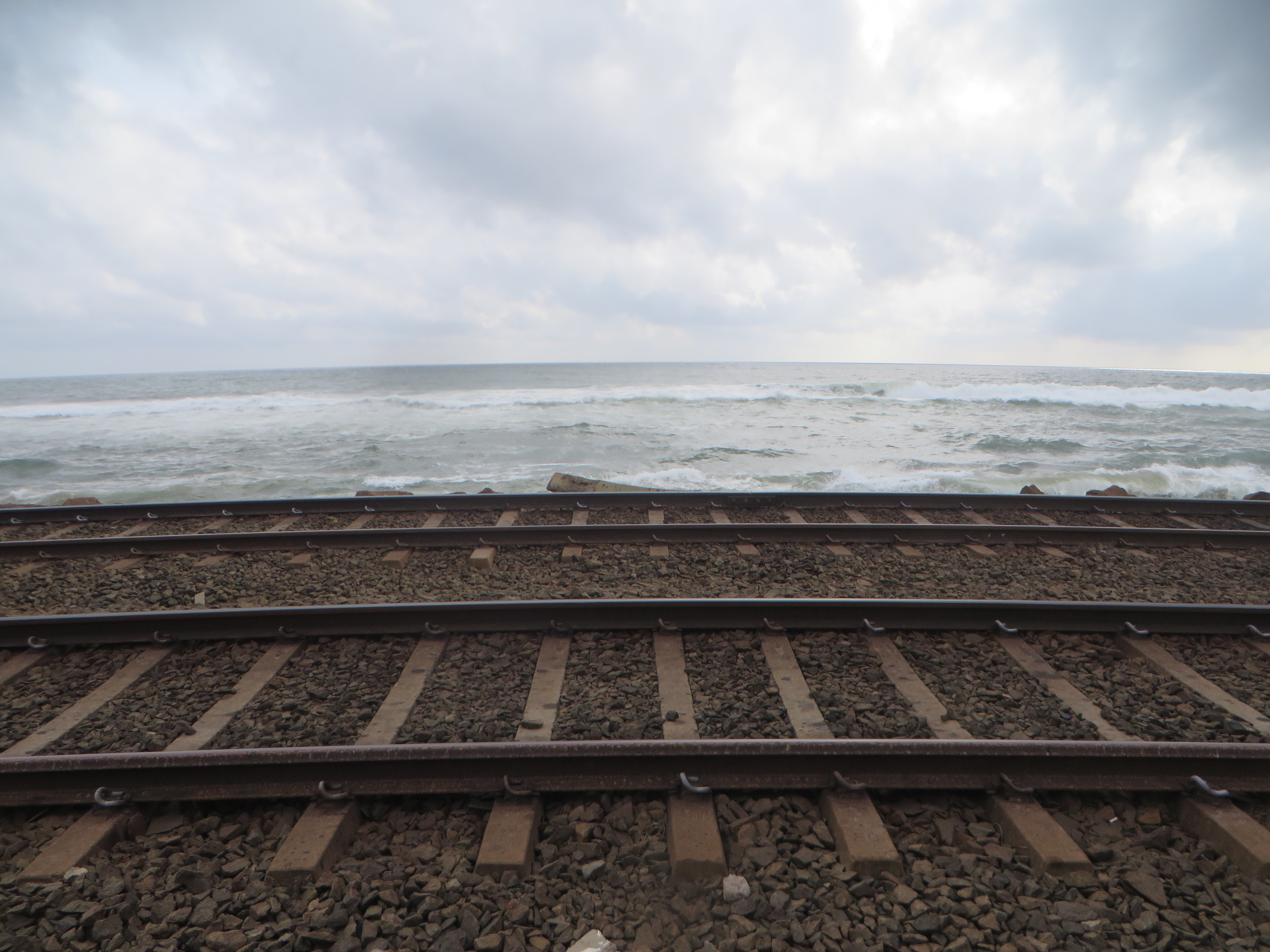