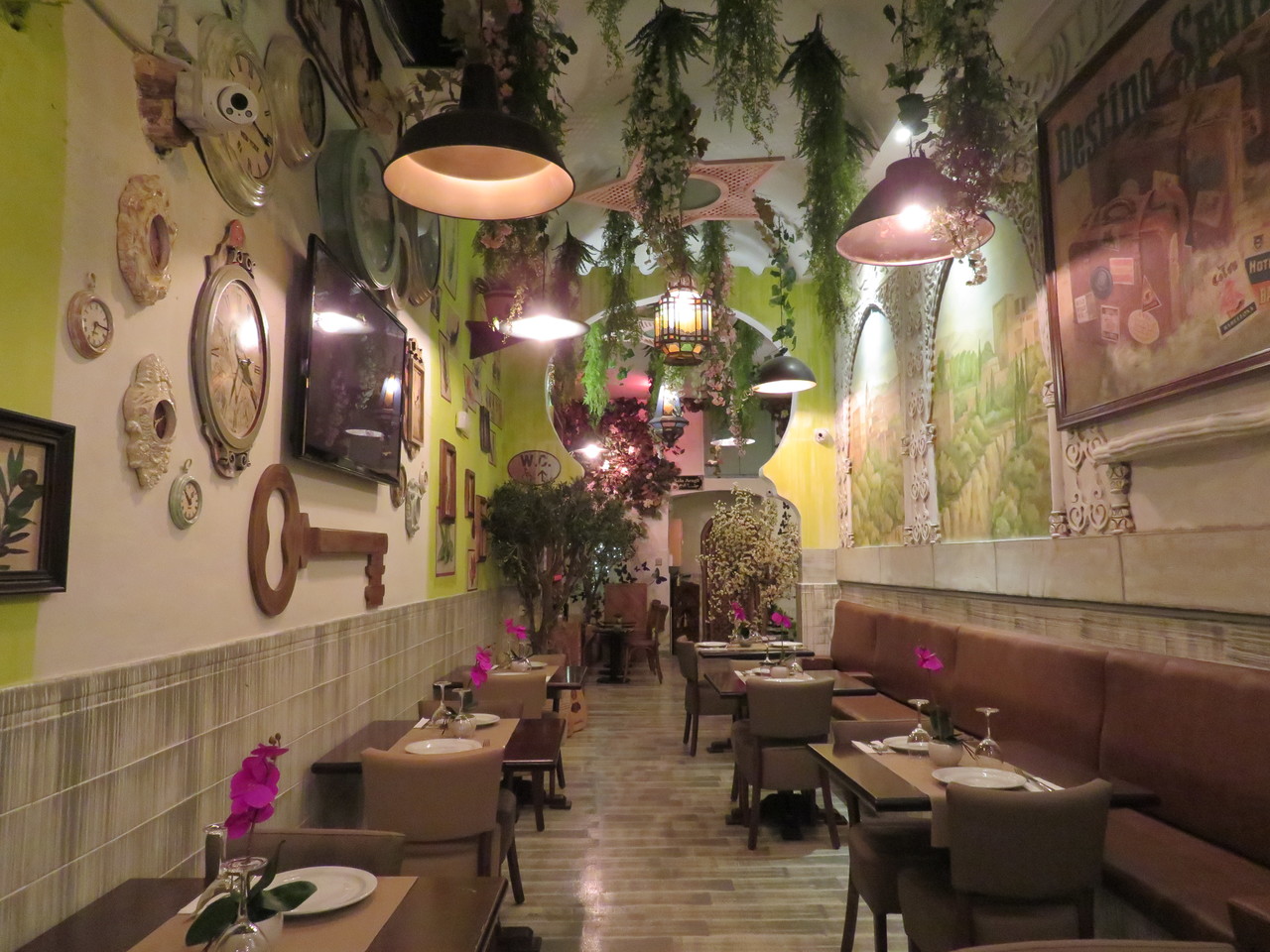 I've become fascinated with history culminating in 1492, including the 1469 marriage of Isabella of Castilla and Ferdinand of Aragon, the early Romans who entered Spain (Hispaniola as the Romans called it or España now, and the region the Greeks called Iberia). Just past the Pyrenees is the region known as Catalonia and my newfound fascination includes the tribes who once lived there and the Hebrews and followers of Islam who moved back and forth across this land. 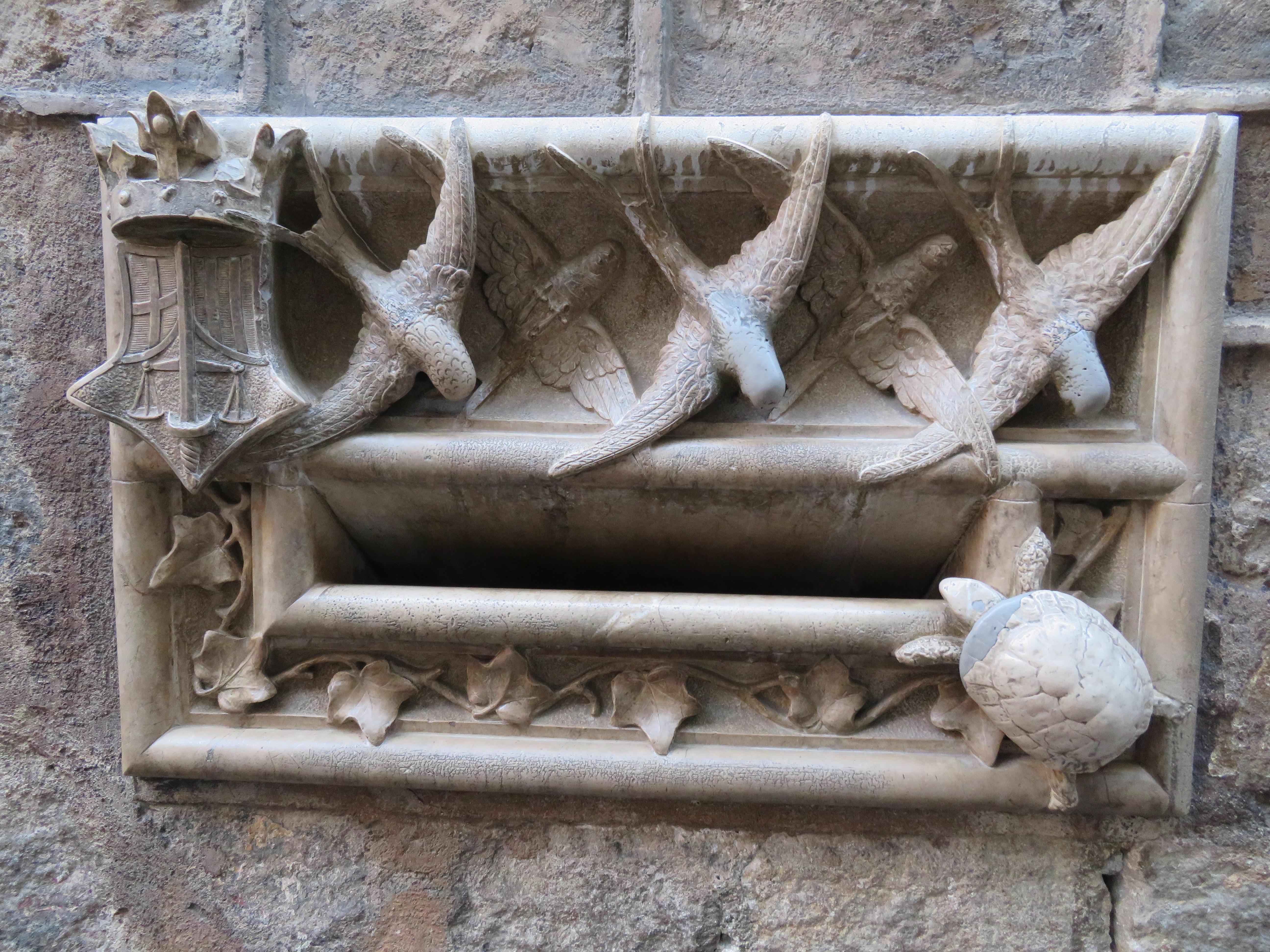 The stories are overwhelming, and the history is intoxicating. Yet this is only a stepping stone to what Catalunya (native name) is about.

Their defiance has crafted an identity that gives them their own voice.

You see it clearly in windows as the state flag waves in windows, and is printed on caps, and on t-shirts. I saw this defiance on my first day as hundreds protested for a better education and at night marched for separation from España and again on each following night after phones became square lights that brought day to night. 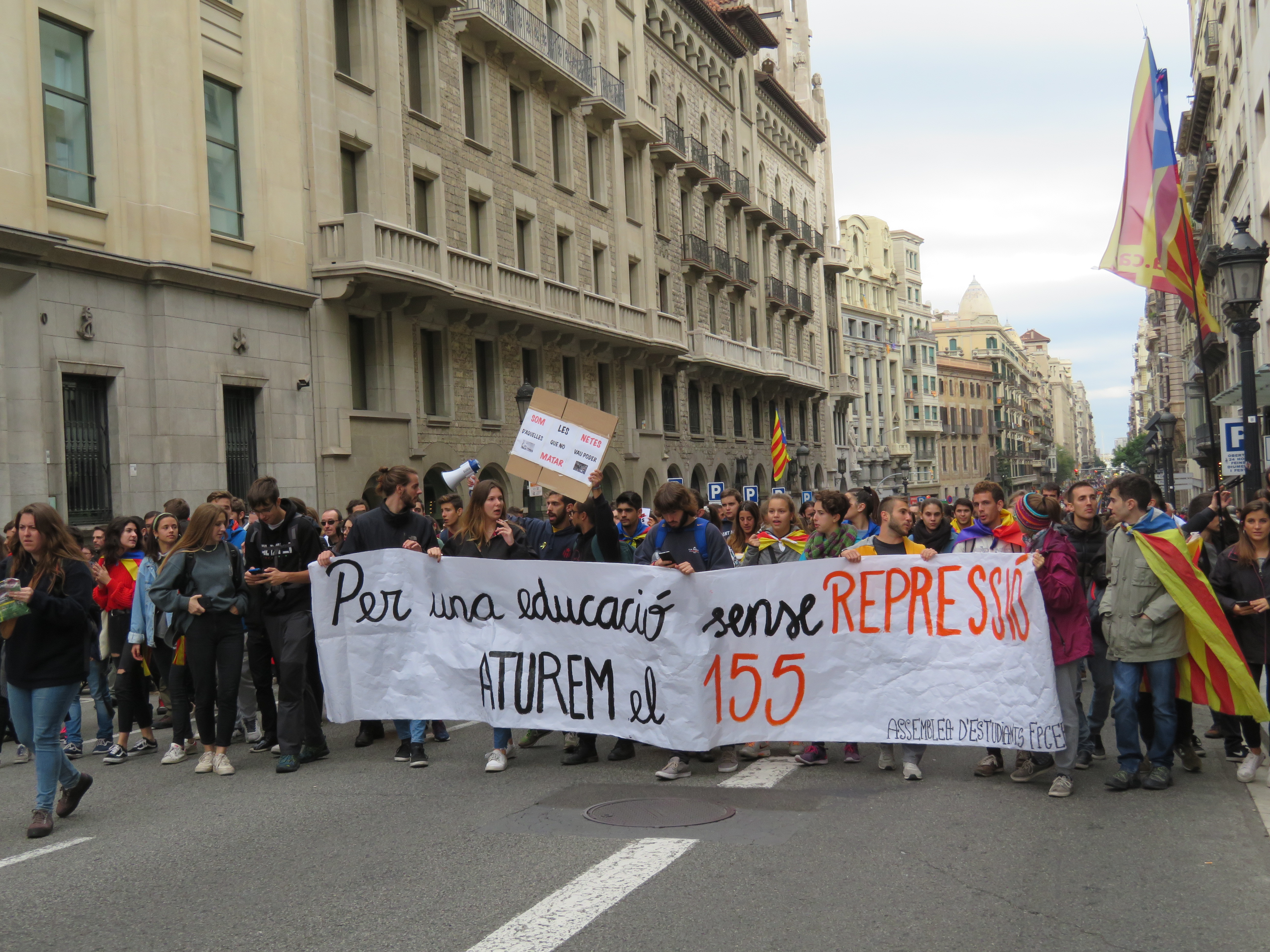 Was this my sole reason for arriving here? No, not entirely. I also wanted to know why so many tourists chose Barcelona first when coming to Europe and I remember thinking about this when my friend and her husband described their honeymoon in Barcelona. The energy they transmitted was like being invited to the cool kid's table for the first time and deciding never to go back to anything less. The conversation and the revelation that Barcelona, the capital of Catalunya, was also their introduction to Europe prompted me to write this post, and I hope that I have captured the city and spirit successfully. 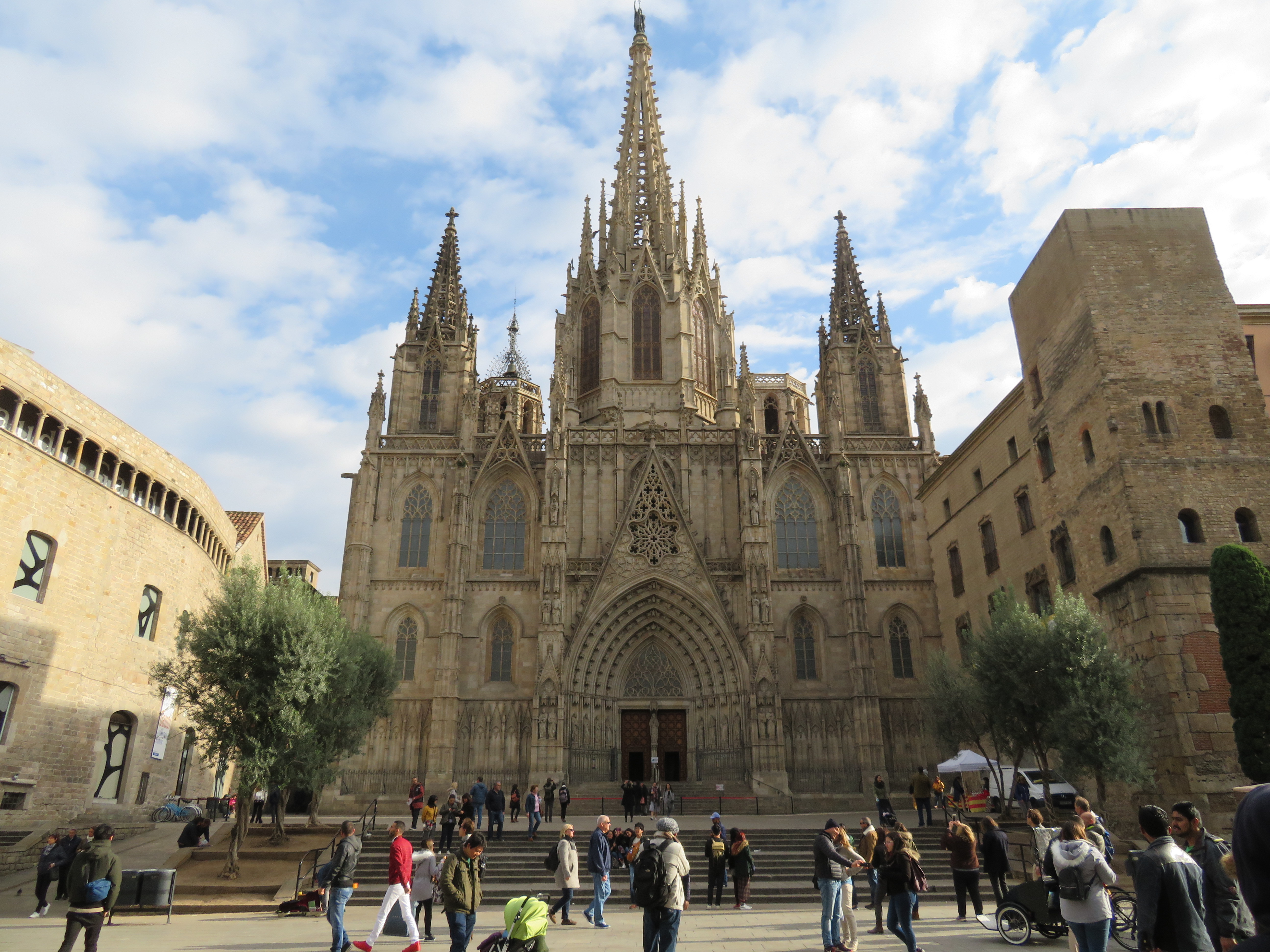 So let's begin with a Saturday night in the Barri Gothic (Gothic Quarter). Surrounded by stone walls that tower like shadows reaching to the moon, young people stand in doorways of nightclubs so small that 20 people seem to be over capacity. Were attractive promotors trying to convince me their venue was where to be and the cherry on top was a drink or two for half price and a shot or three to keep me there? 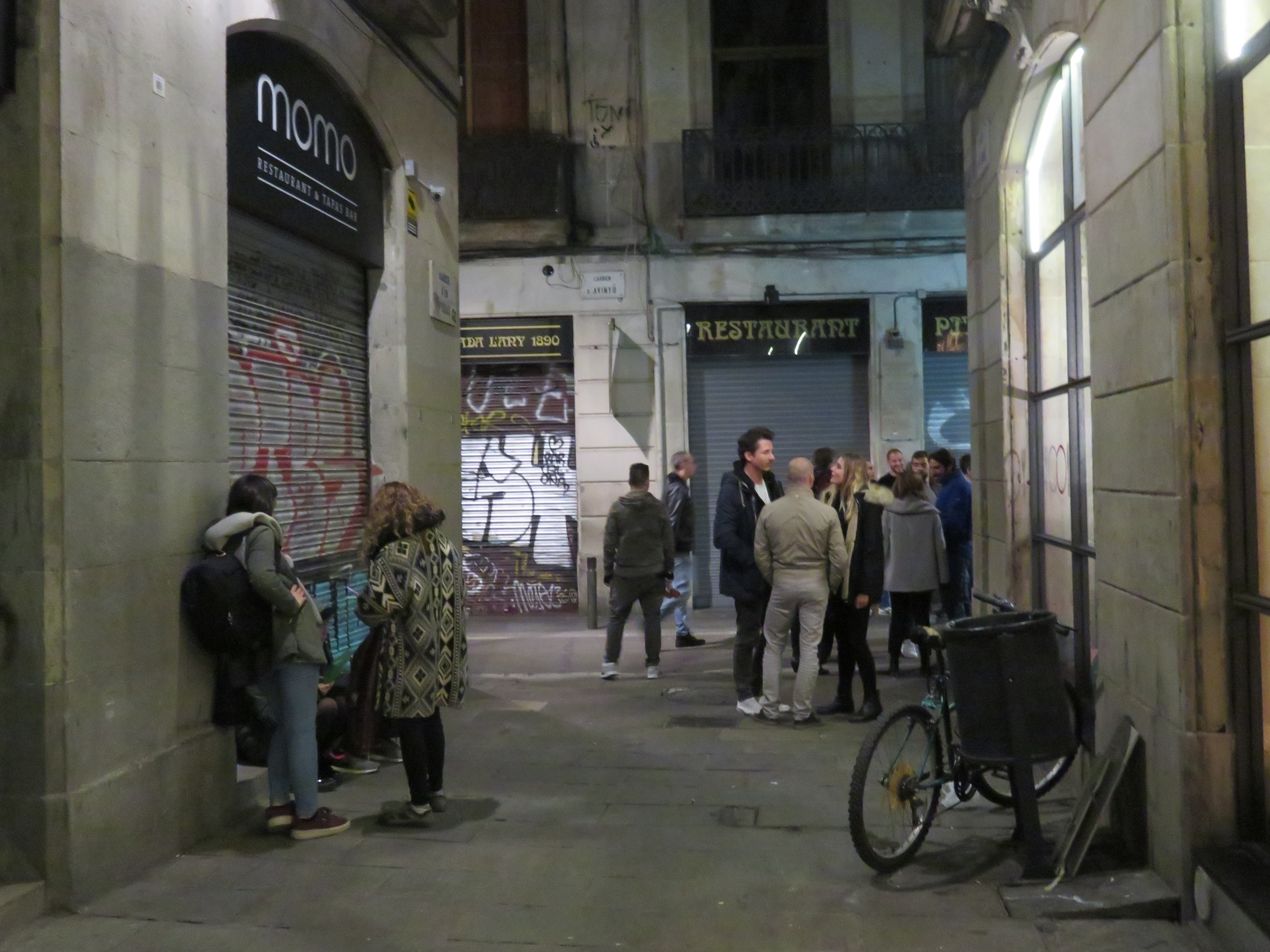 Cobbled streets run along corridors with architecture that whispers that these halls, having existed for hundreds of years, will stand long after I and my children, if any are gone. Churches bells ring every hour along the Rambla filled with tourists humming and moving past brands such as Nike, Corte Ingles, H&M and other top merchants mixed with landmarks to keep the tourists lined up for selfies of other people taking selfies in front of their edifice of interest. 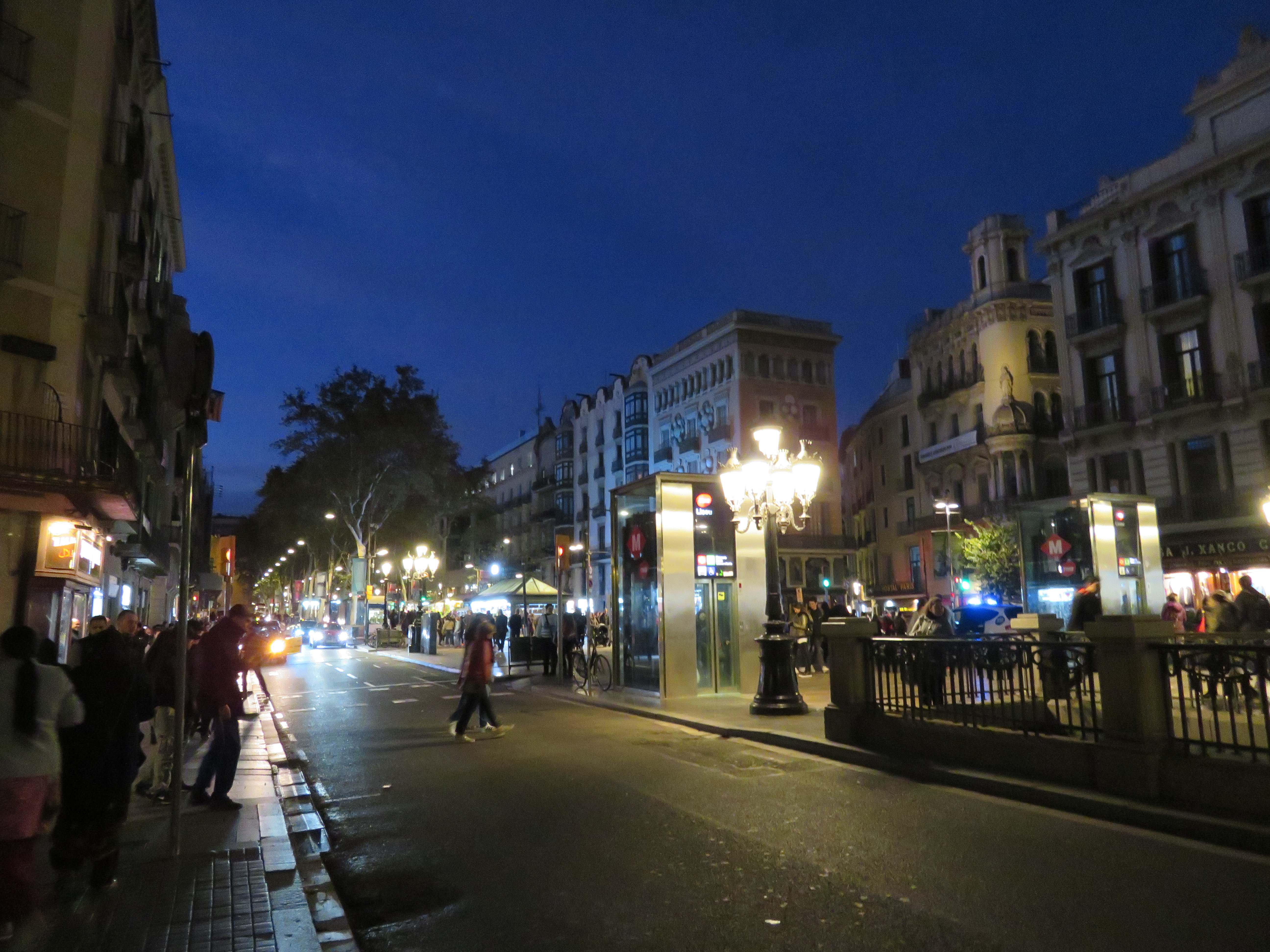 Slices of pizza mixed with liquor fuel the libidos along the Roman walls that conceal the passages that lead to tempestuous thrills and finding of a common language within the city where so many languages spoken.

Spanish, English, Russian, French, Cantonese, even Romanian become interlaced as this European city serves as a melting pot of language and culture before and after the empire. 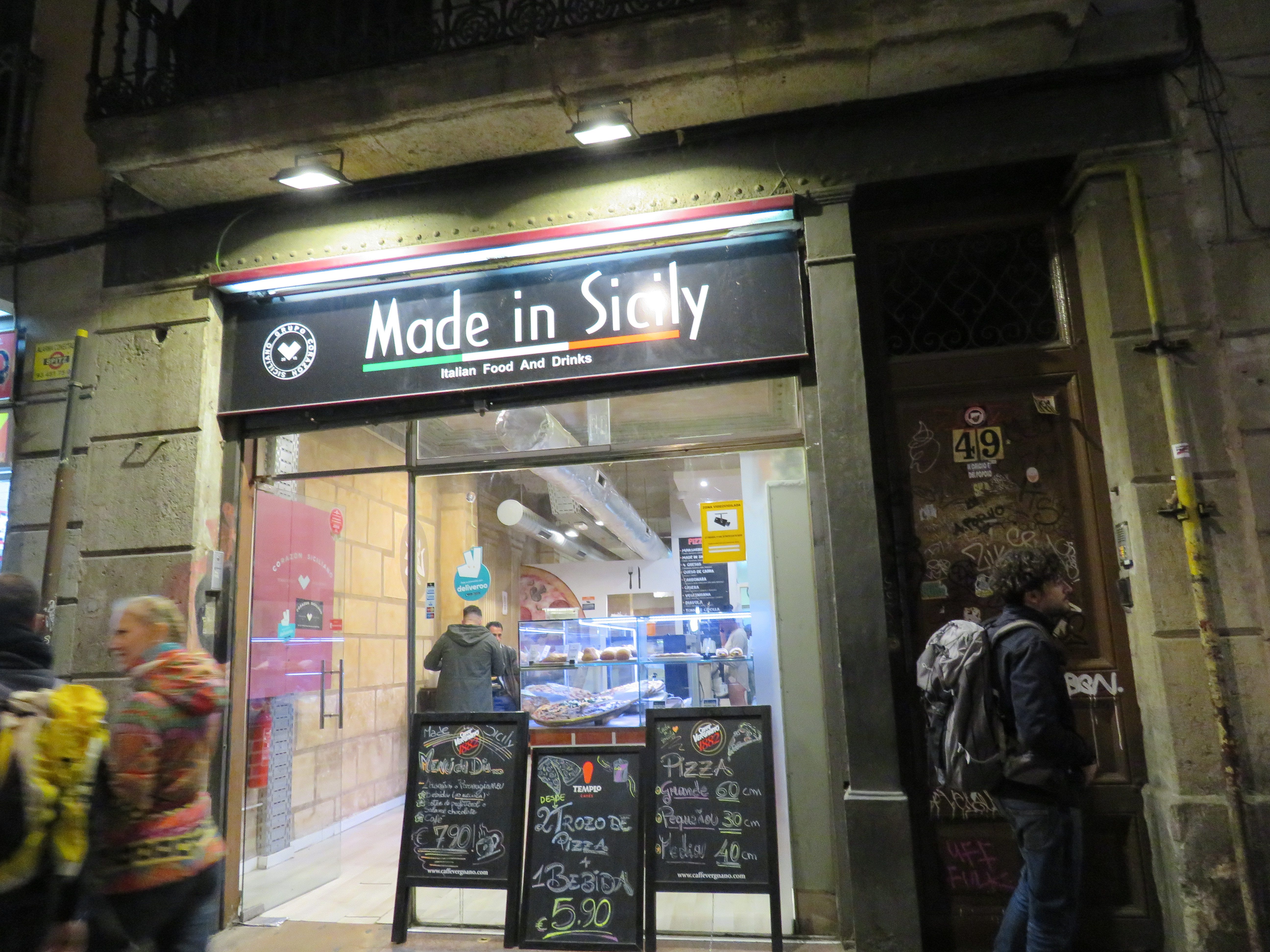 Food is a telltale sign of the mix of cultures that once lived here. Suquet de Peix (Catalonian style fish stew), Andalusian style calamari, tapas, and Iberian meats and cheeses served in various ways. It became easier to simply ask the server to bring whatever is the specialty rather than deal with the anguish of choosing what to eat. 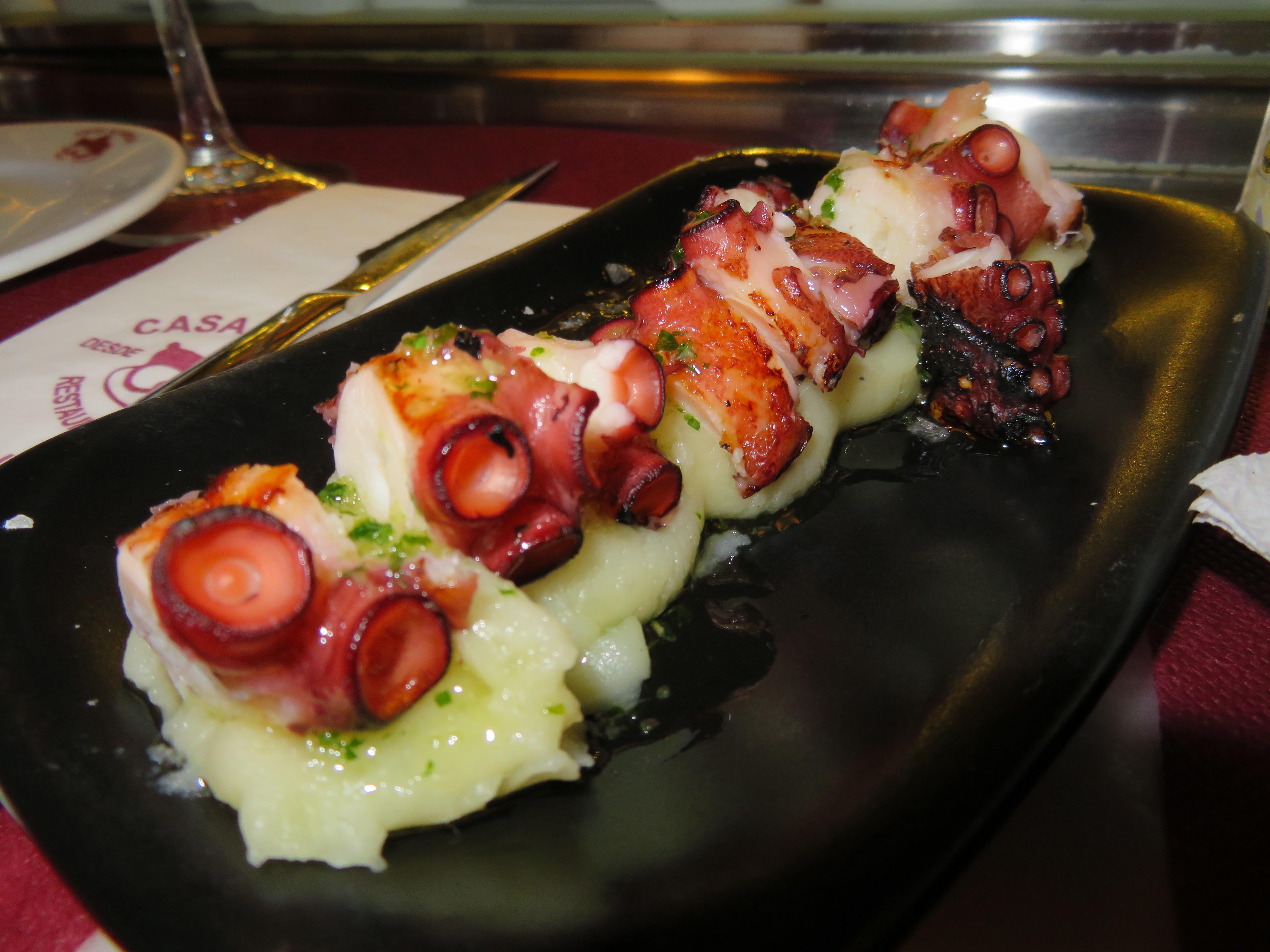 My rounded belly would make the chef happy as he primed me for coffee and dessert until I begged him to stop. Waddling became a stark reminder to exercise until the sun poked through my hotel window commanding my stomach to growl and making me anxious to find another place to eat. 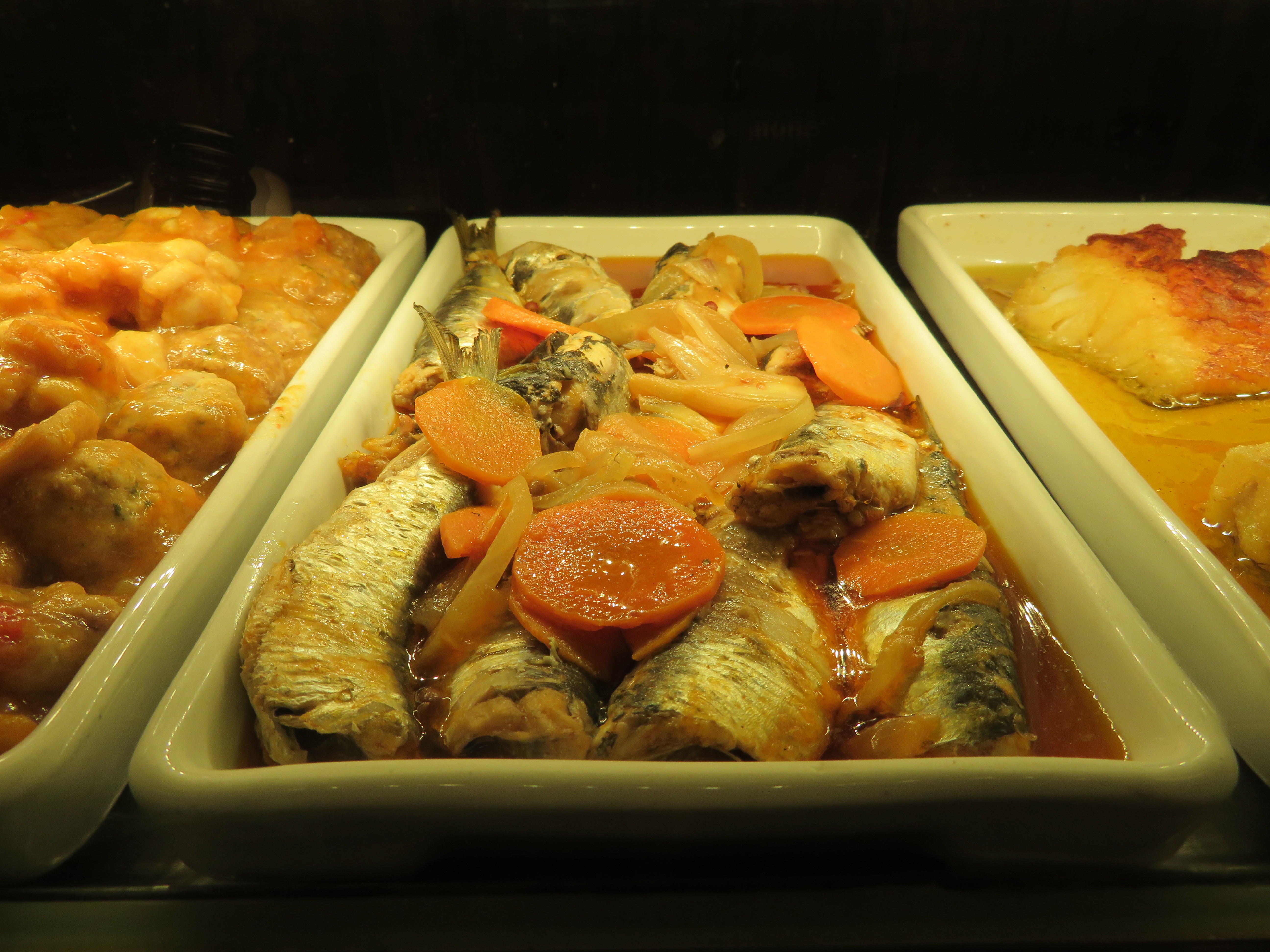 The locals say there are more tourists than locals. By 11am, the streets were crowded and all whims were met with various activities at your. Barcelona never feels foreign and never feels old or that its people are unapproachable.

The day glows as each adjoining neighborhood stretches from the Quarter to showcase something unique to it's area. Antoni Gaudi's architectural masterpiece Sagrada Familia, draws lines so long that it is exhausting to even find the end, while some of his other works are on slightly unassuming side streets due to their gaudy look.

In the cafes, women sips of coffee and smear their cups with lipstick. Fine Italian suits form around slender bodies with finely placed combed hair. Lines form early at a new restaurant or art house show ready to be blogged about on both personal and public pages. The day moves at the pace of a Saturday afternoon as there is always something happening in the evening, although during my time most nights where spent wandering the streets. 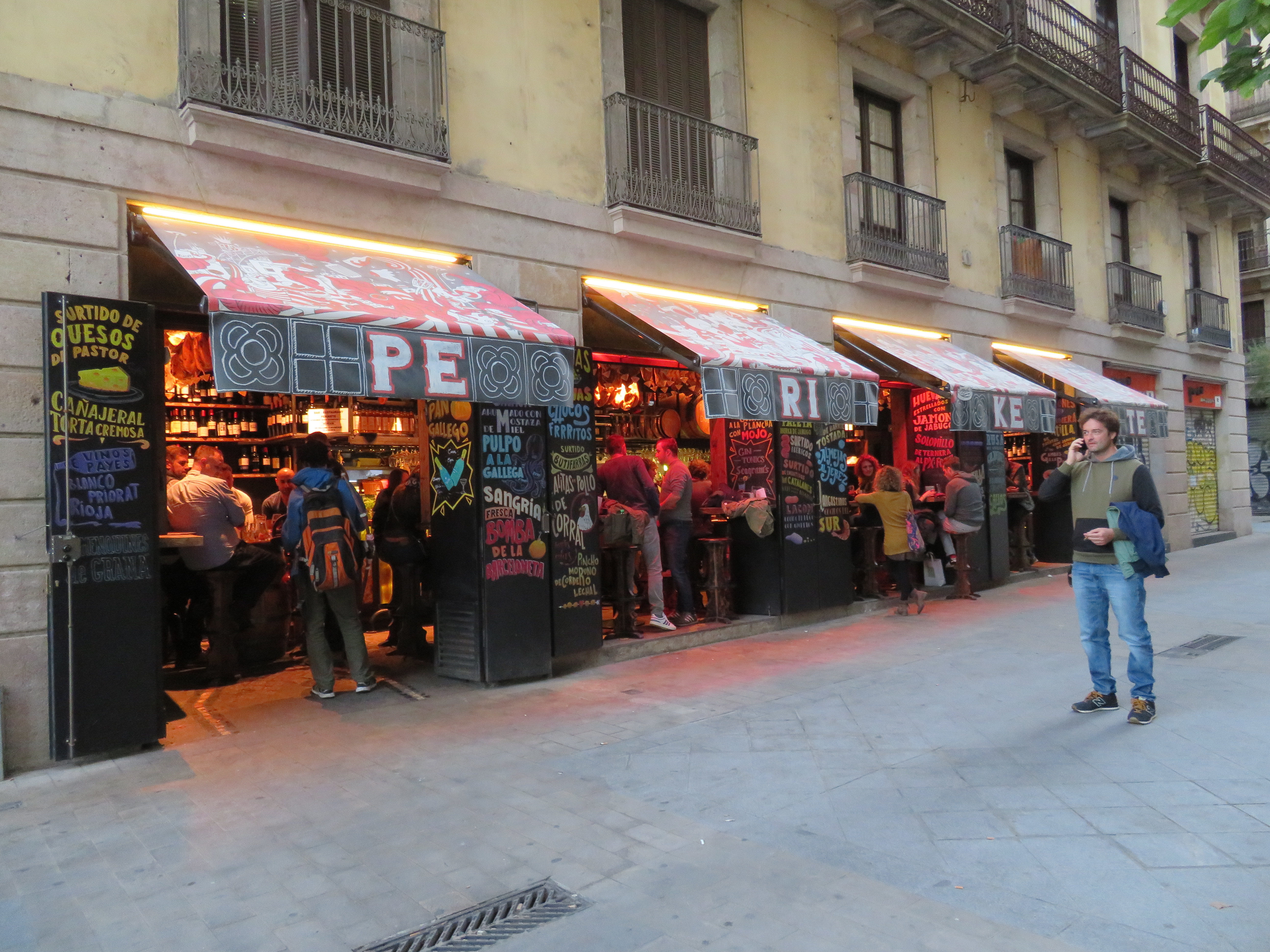 Friends are made quickly over eggplant fries covered in honey and craft beers as I learn about local expressions and life in the city. The harbor pulses with it's own rhythm as African merchants sell items off mats and jacket pockets. Music stirs up the tourists as Euros flow from their pocket to the musicians' hats urging them to keep playing. While only a few steps away the Nova Icaria Beach carries it's own vibe that allows everyone to disconnect from their surroundings while enjoying a drink. 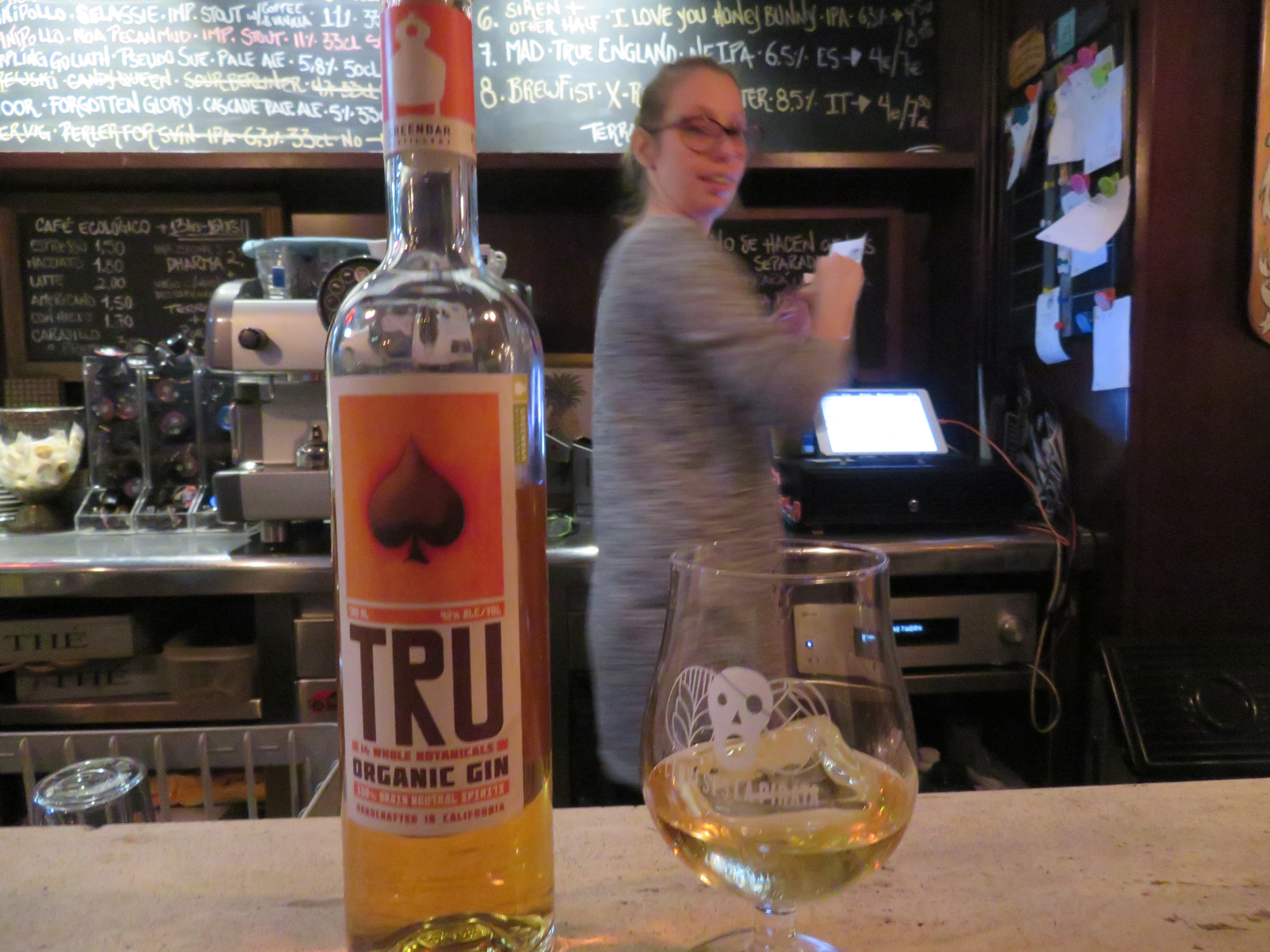 Cristobal Colon (Christopher Columbus) stoically sits on his pillar. The Rambla below him is busy until the crowds go home and the streets are quiet again. 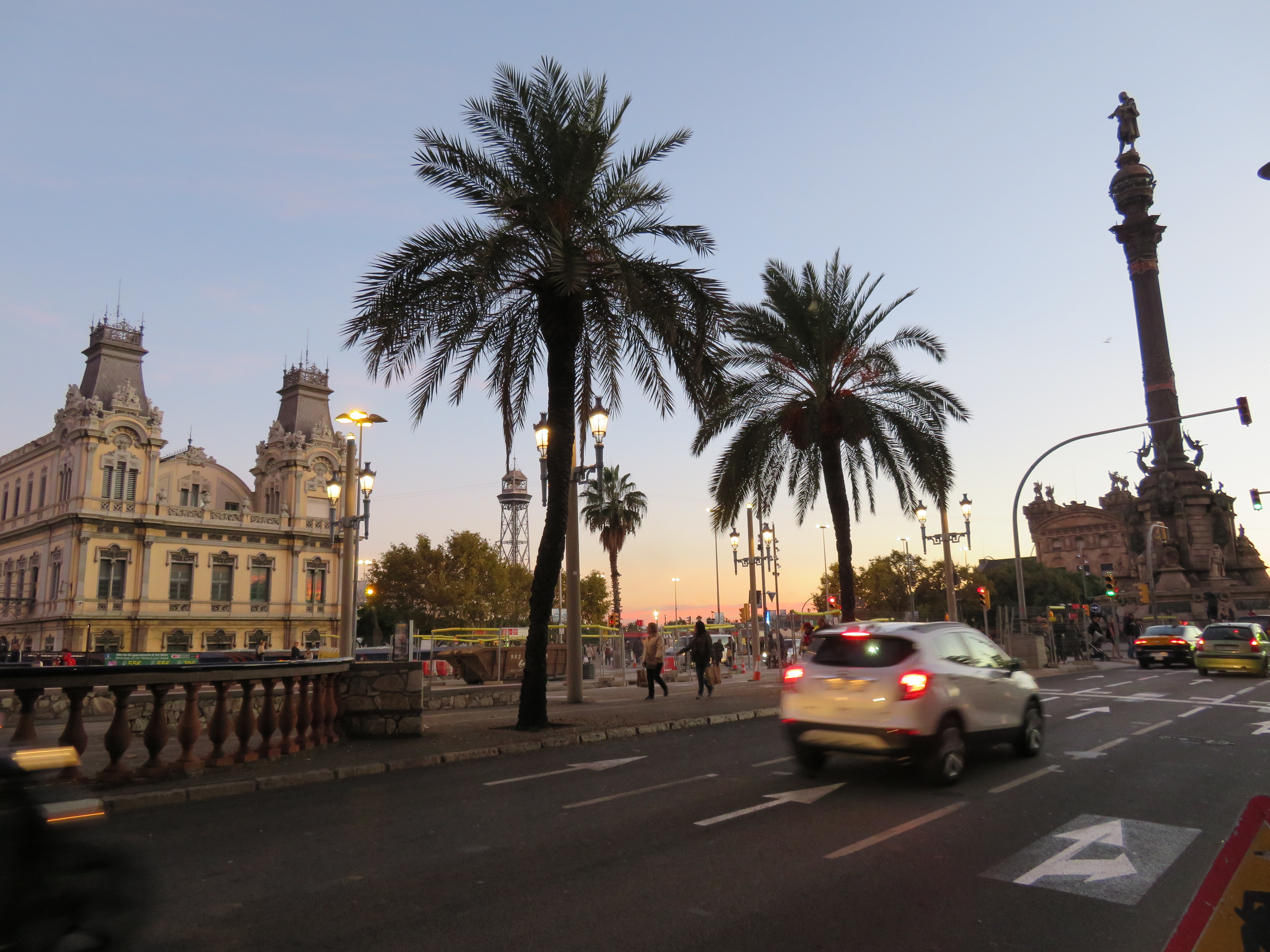 Another evening ends with laughing and being silly for life is light for a tourist in Barcelona. My week was coming to an end. I made my rounds using the Metro and said goodbye to every neighborhood before calling it a night as my dreams were filled, once again, with Romans collecting their dues while locals live and breathe for Catalunya formerly of Aragon and possibly one day of España as well. 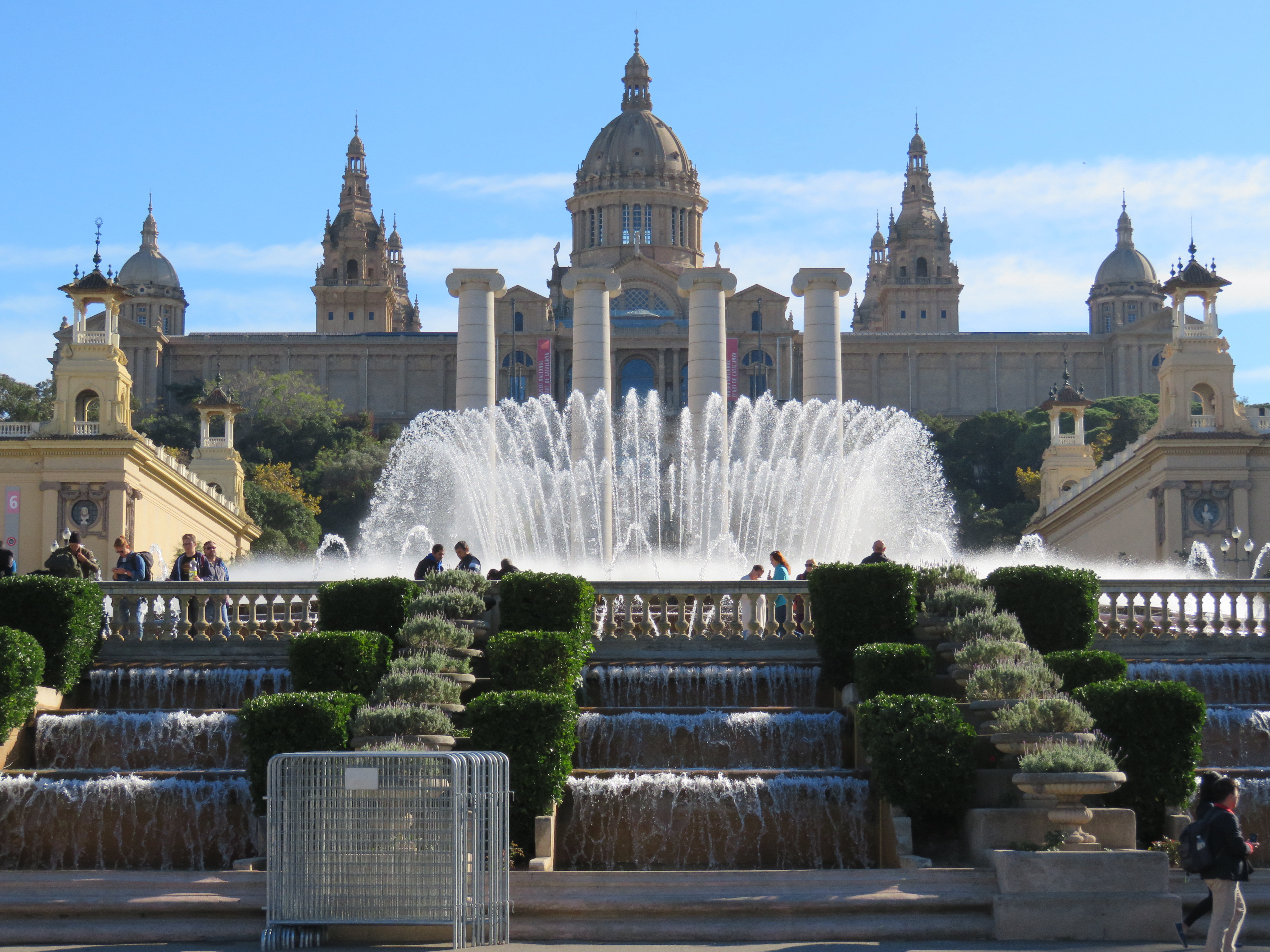 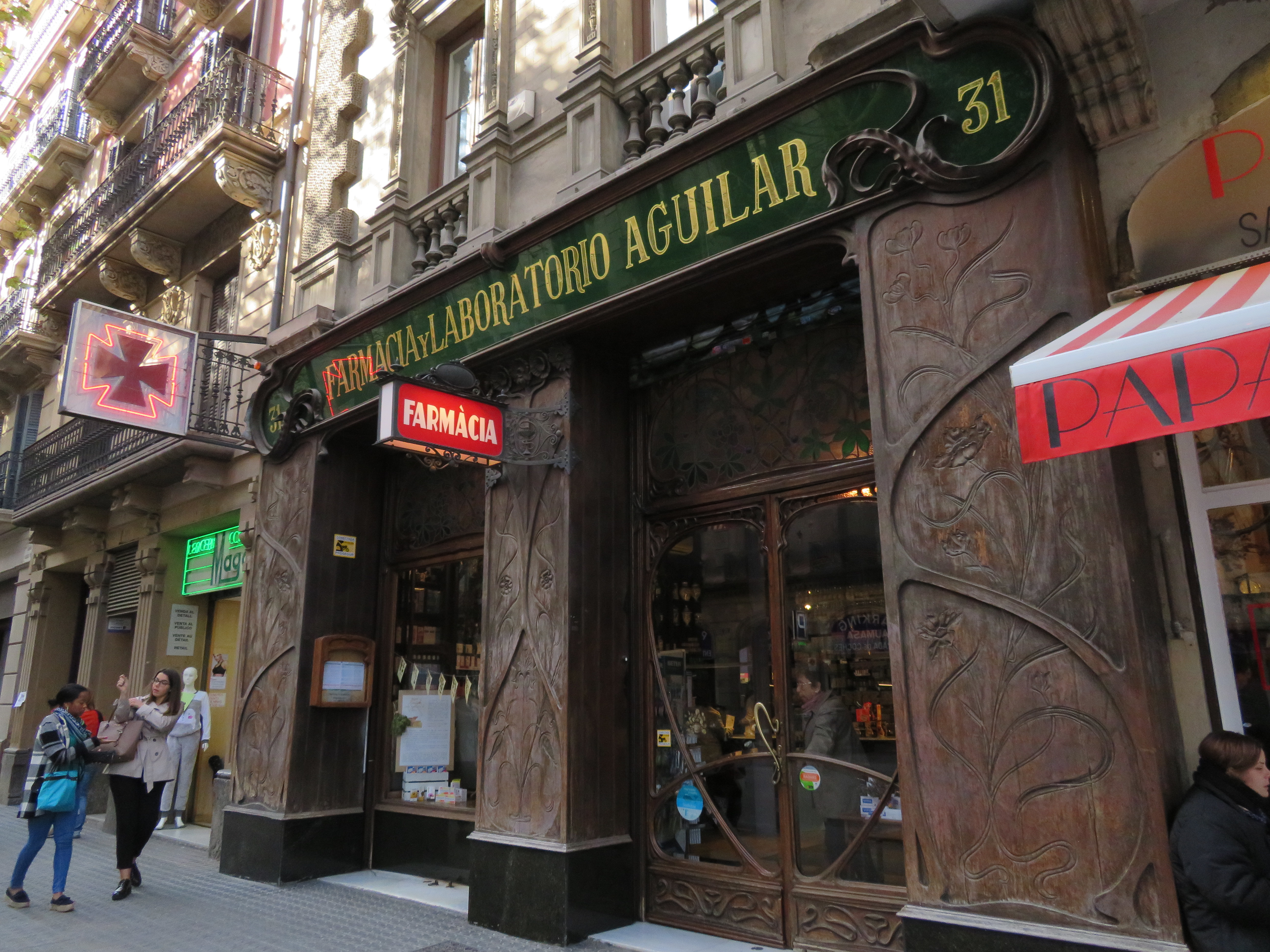 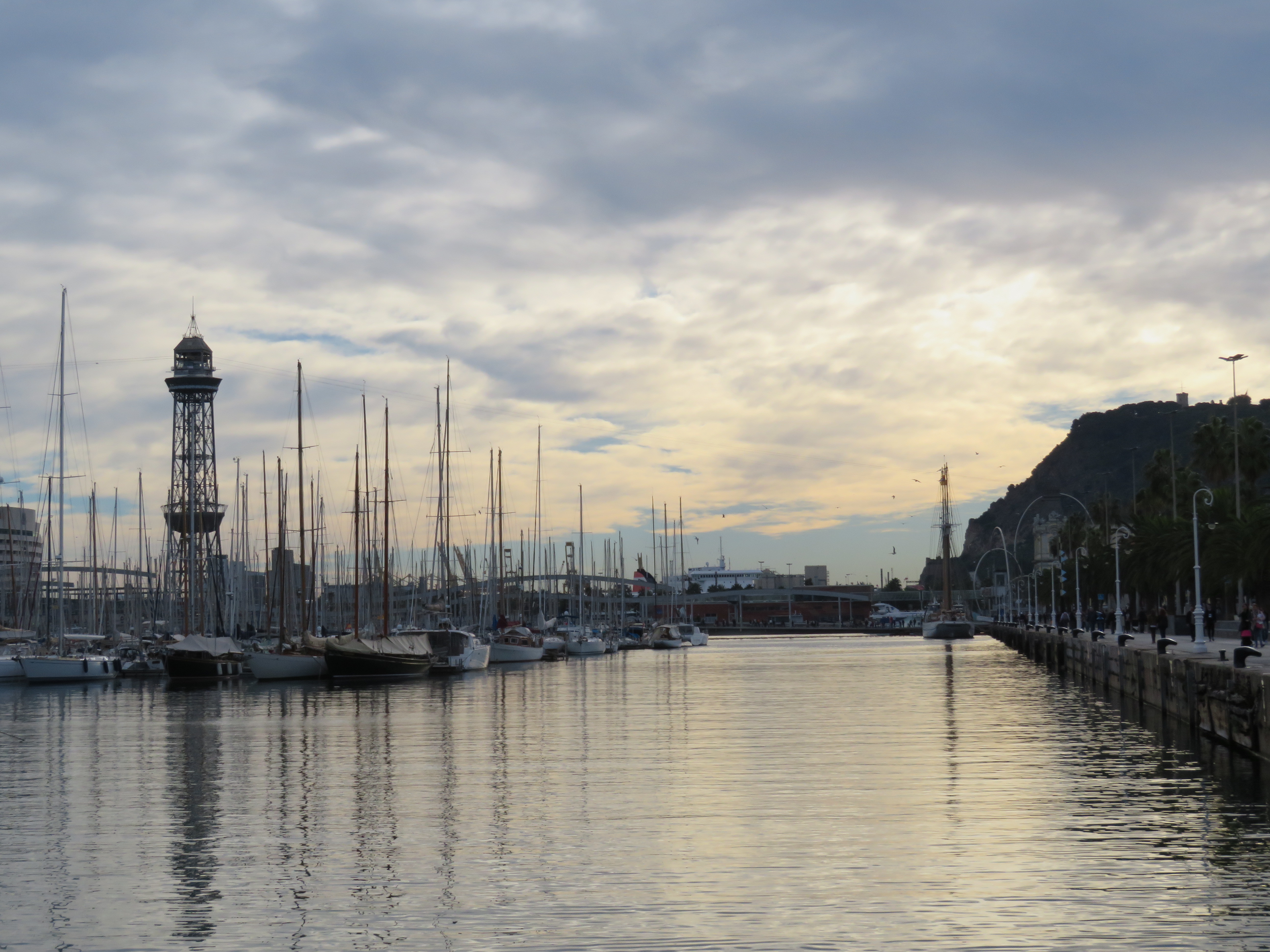 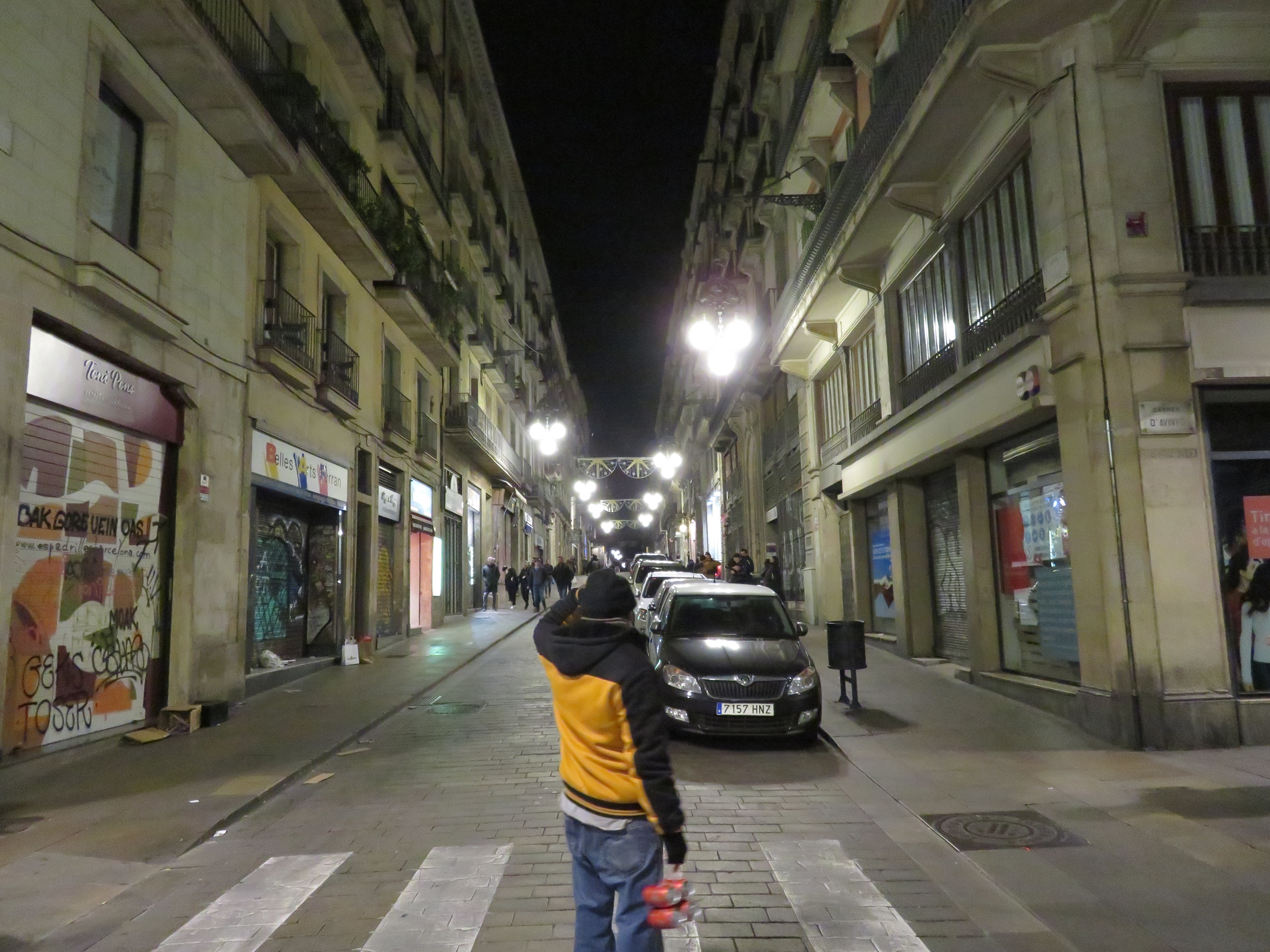 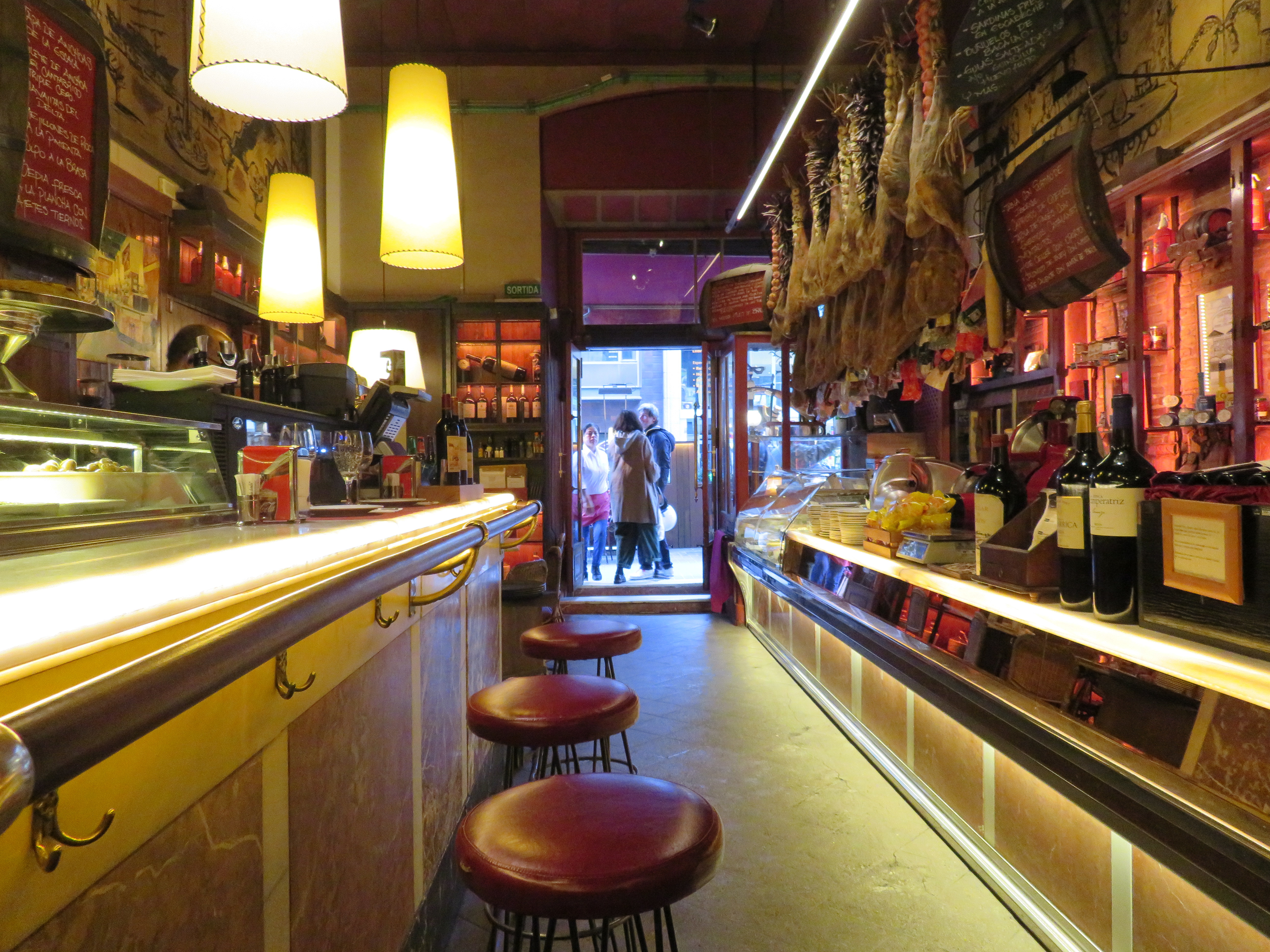 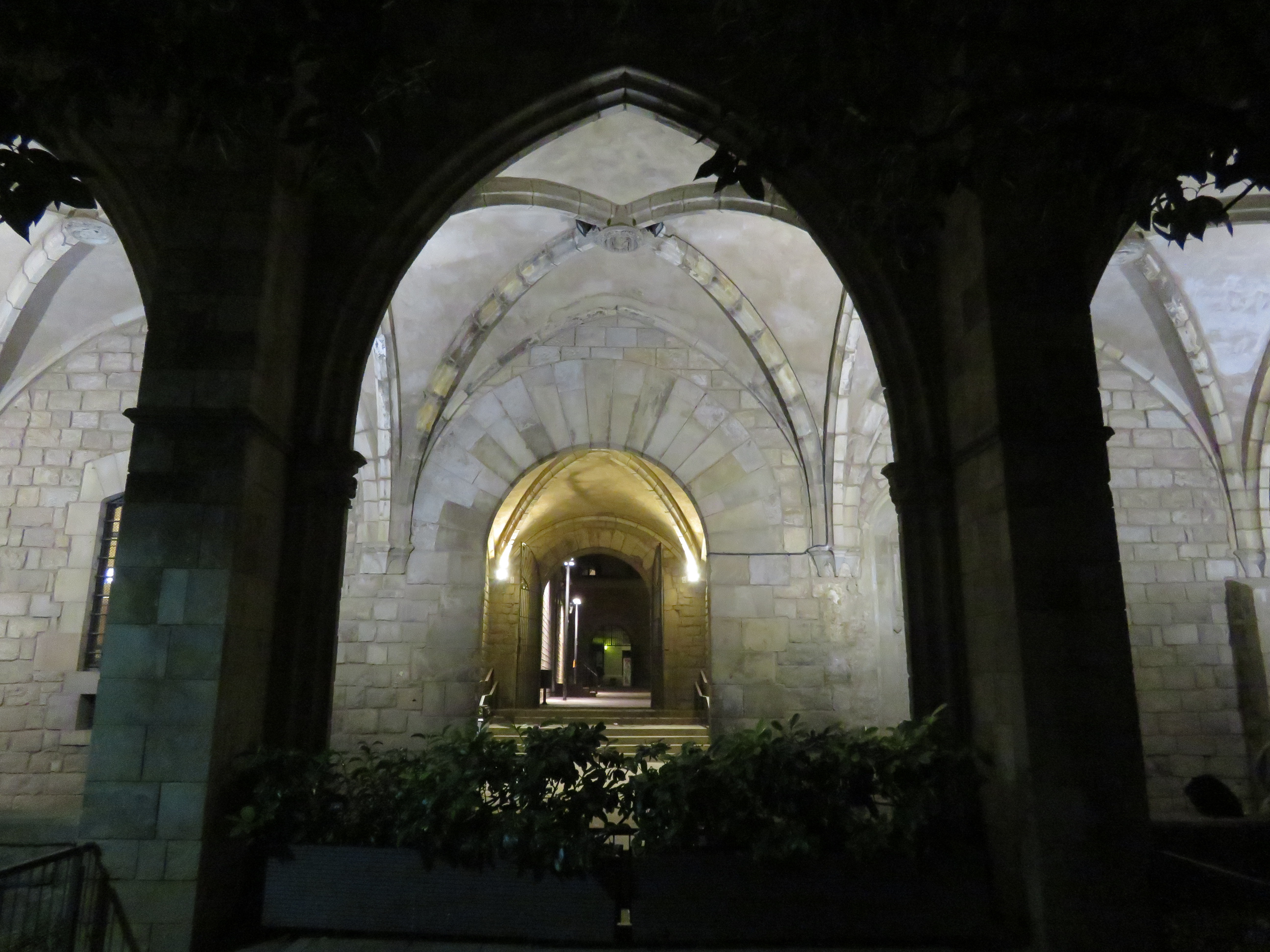 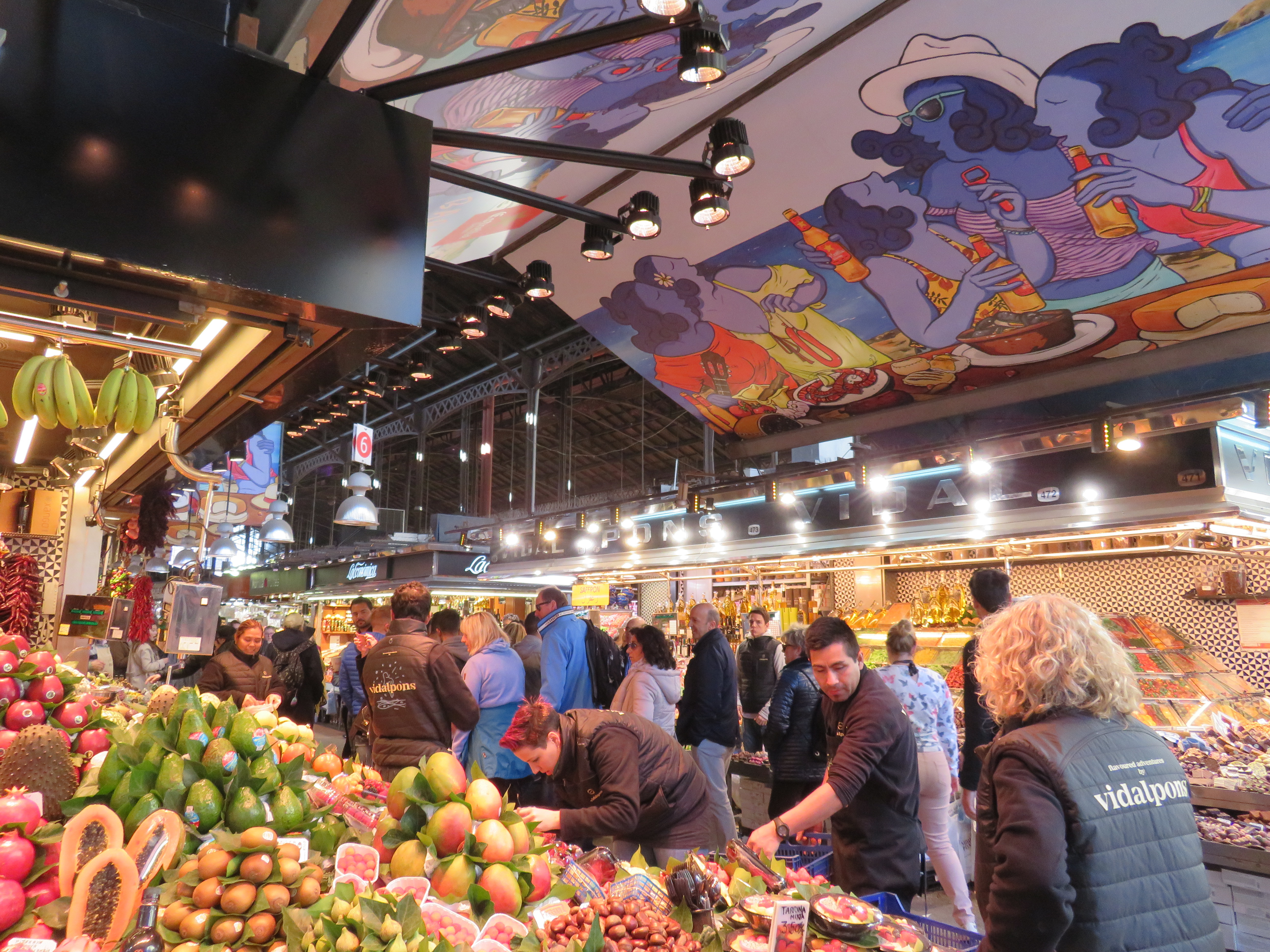 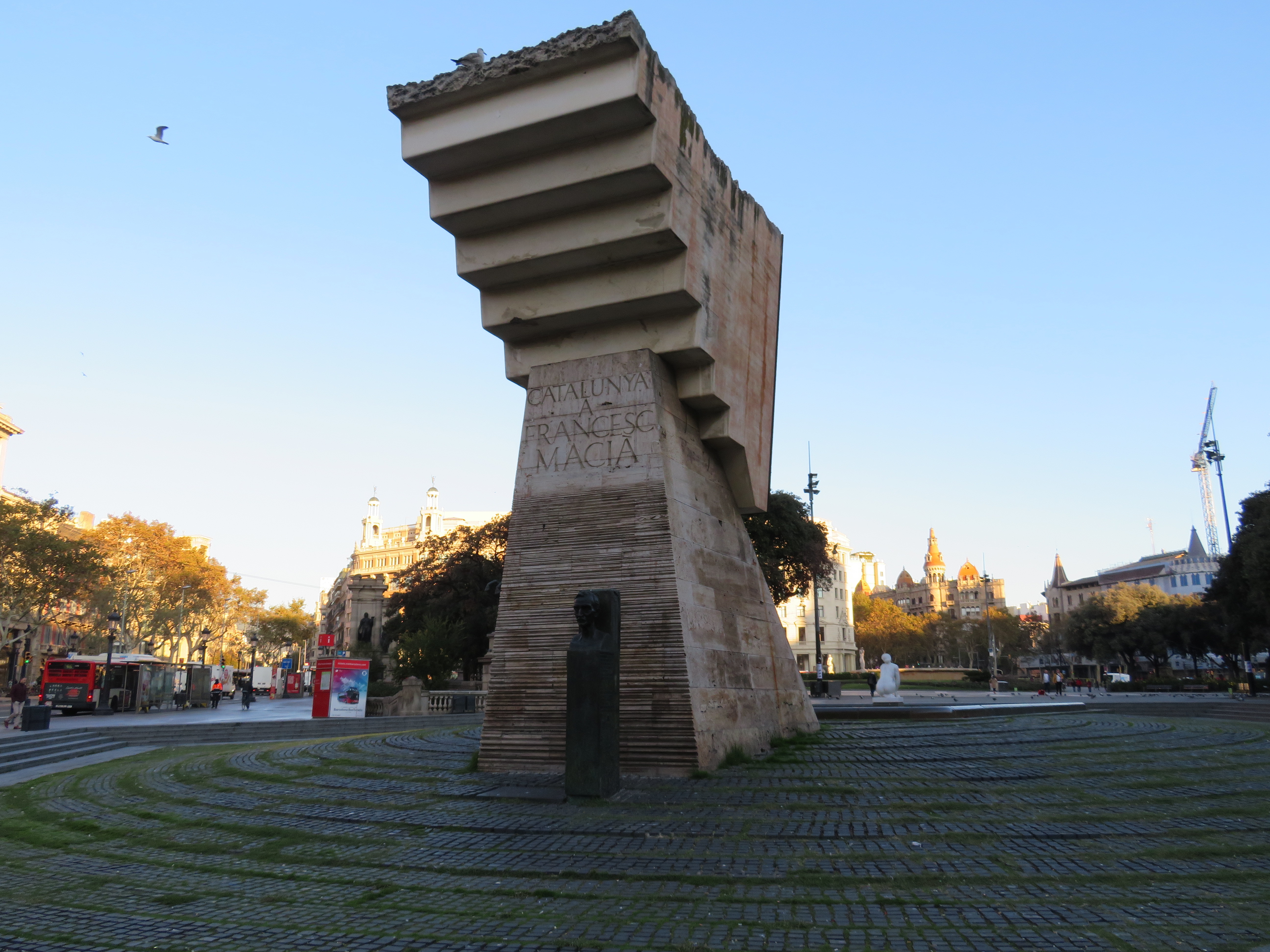 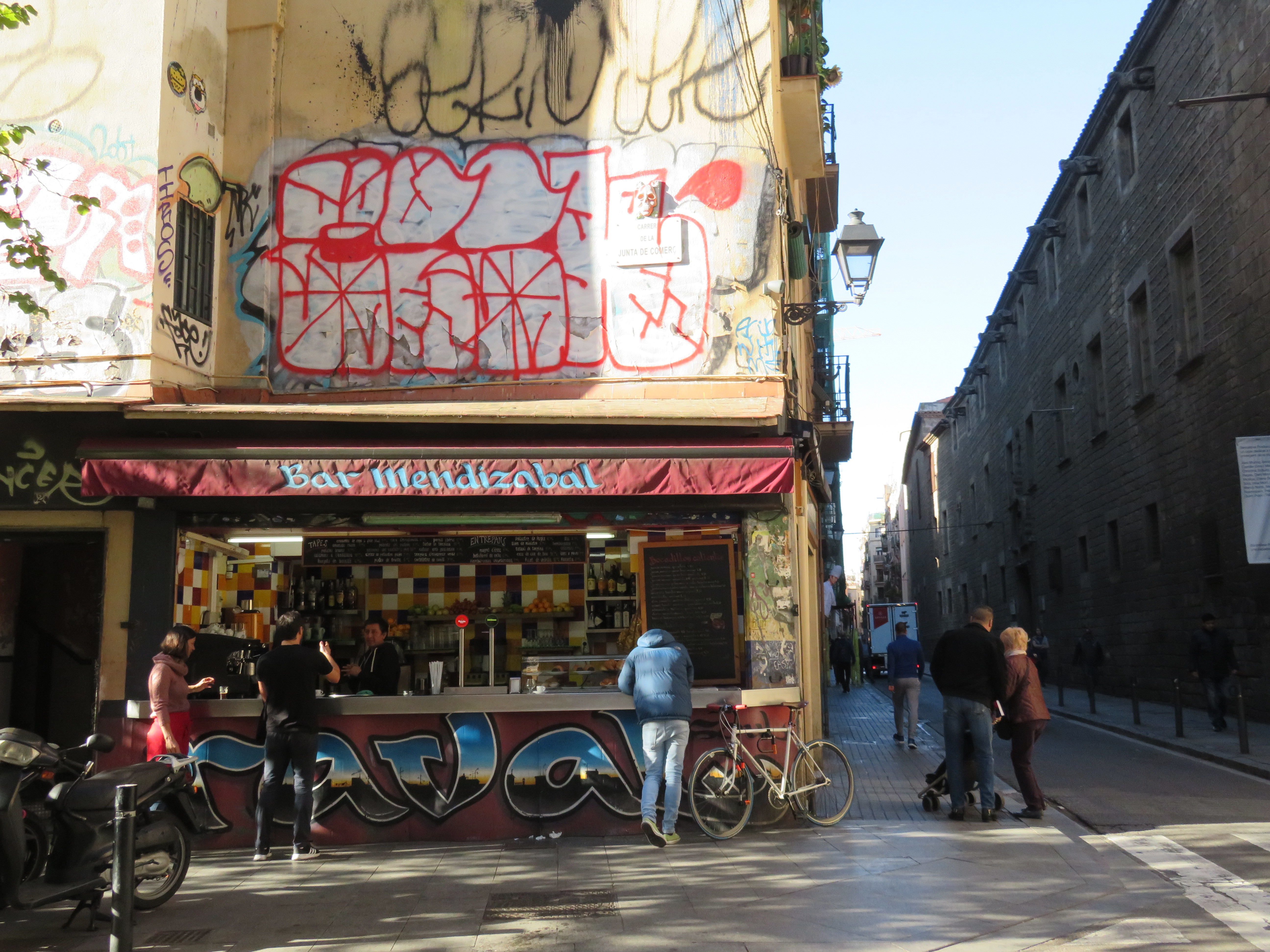 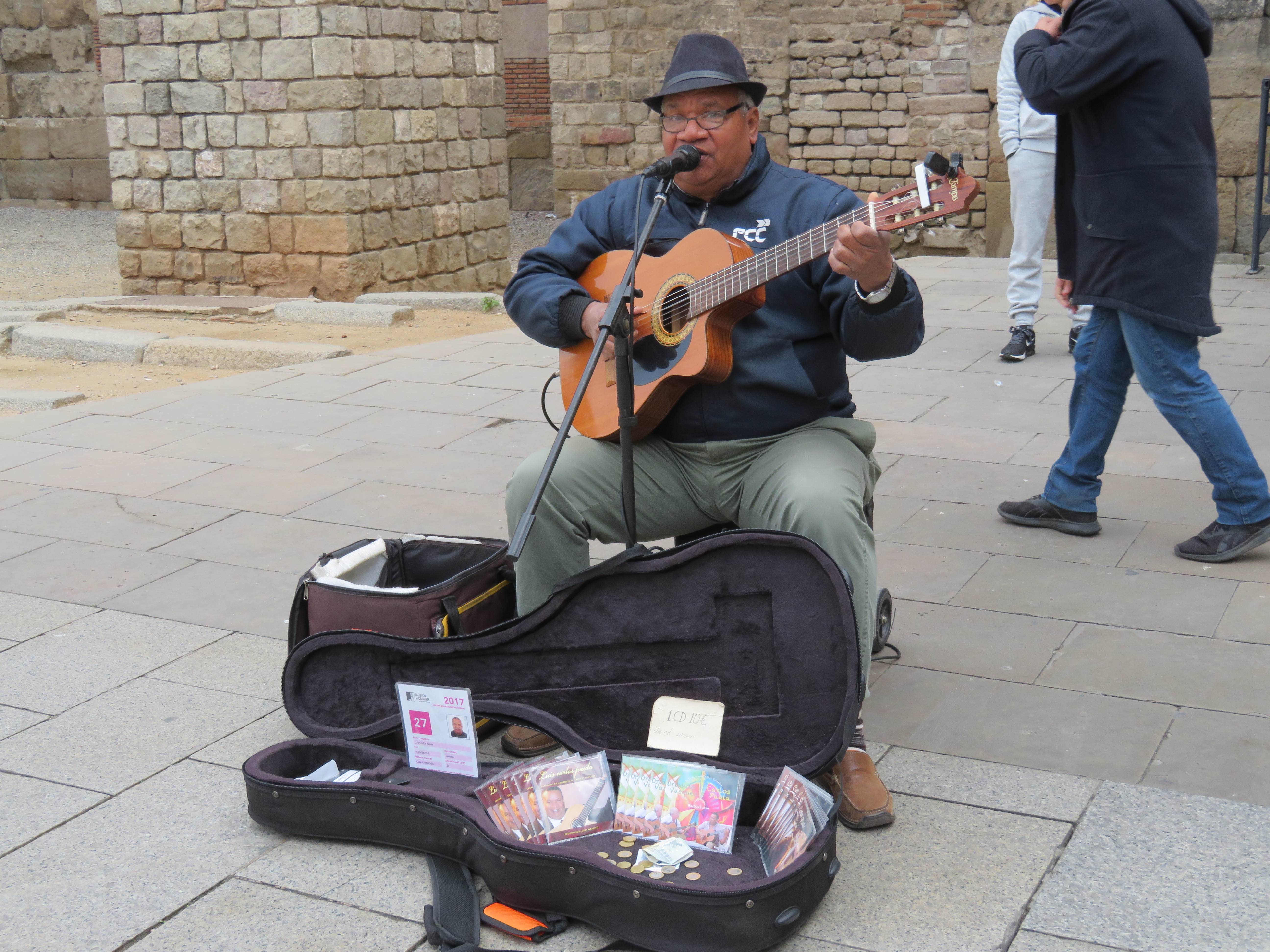 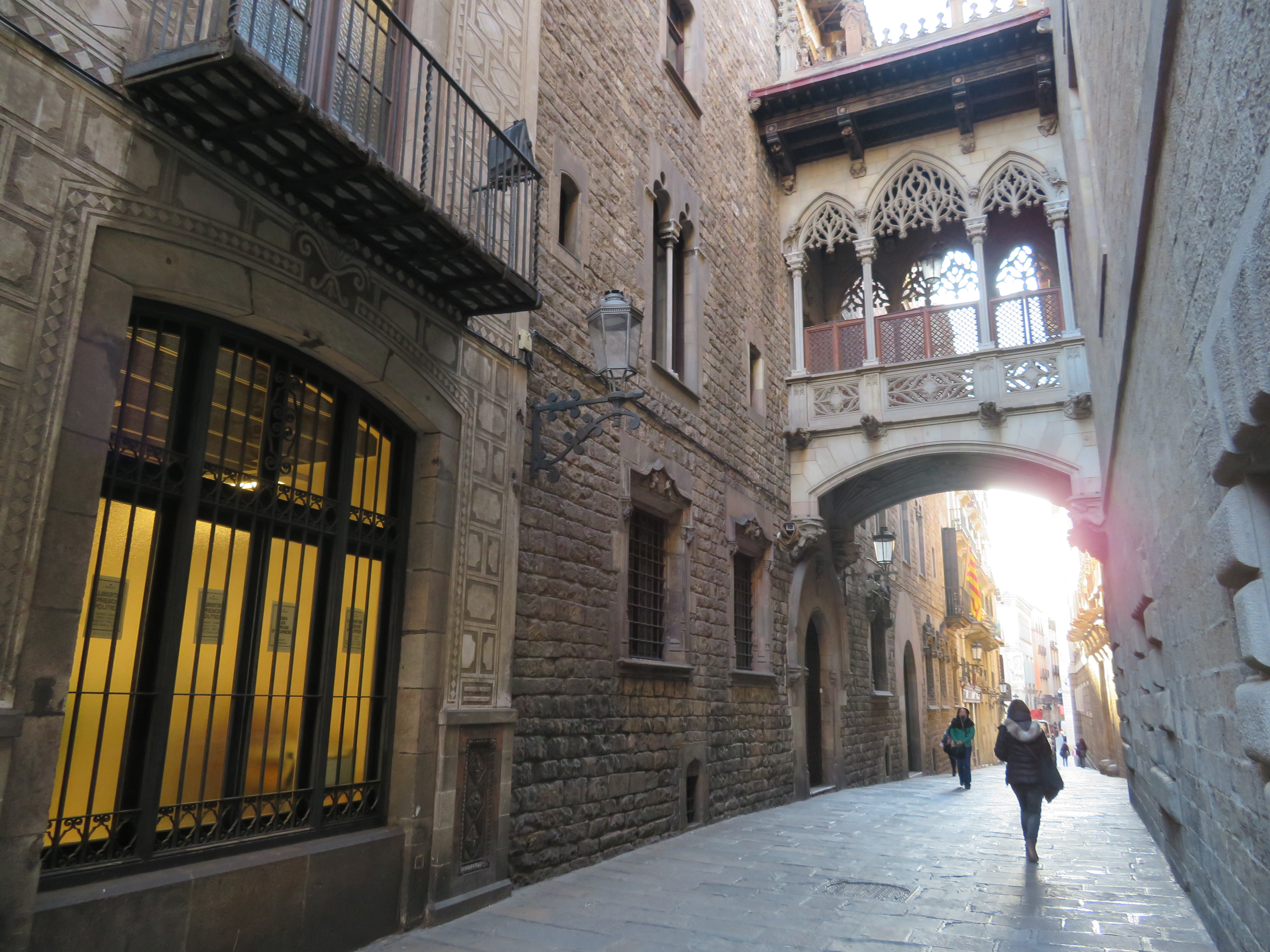 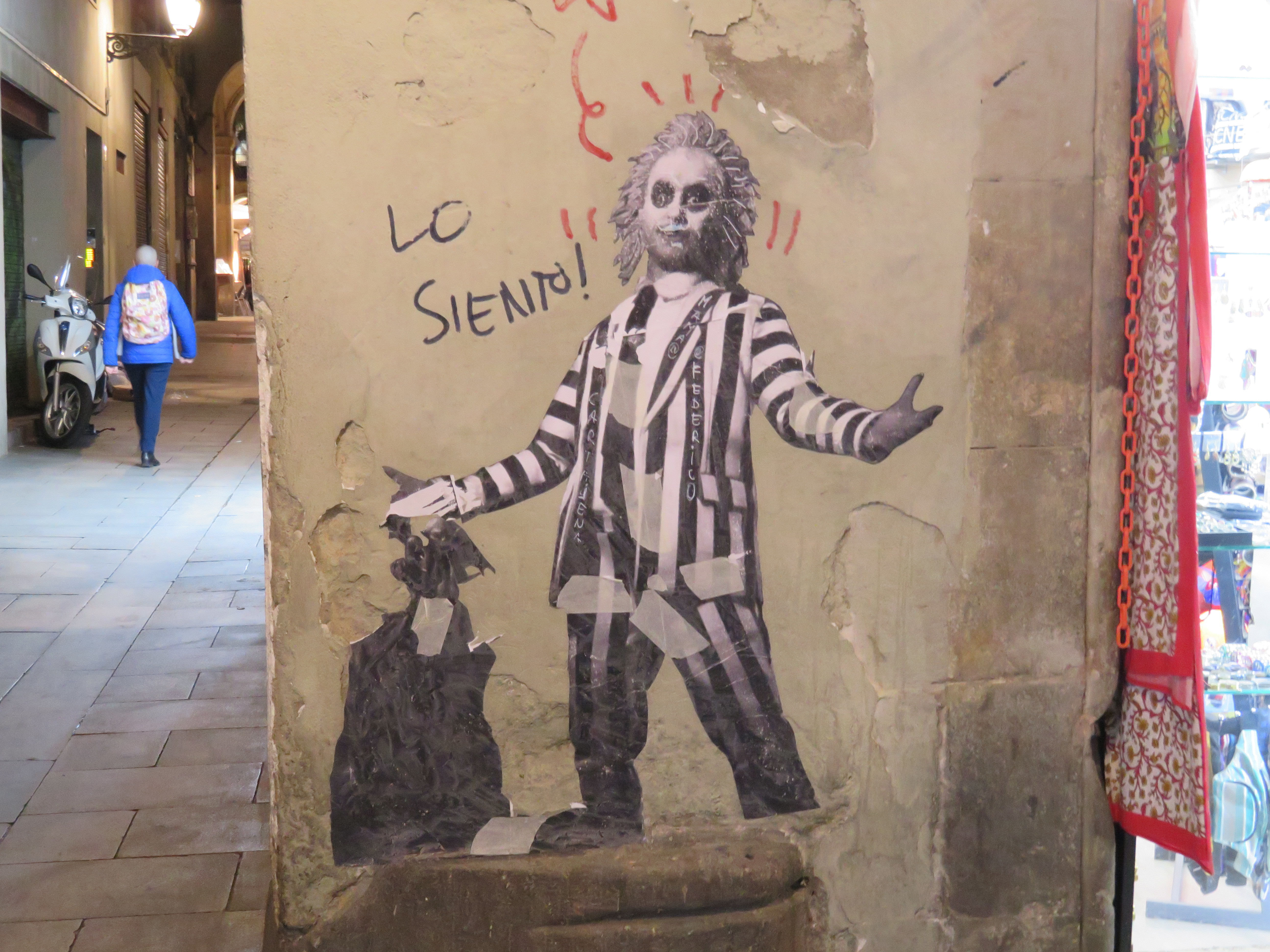