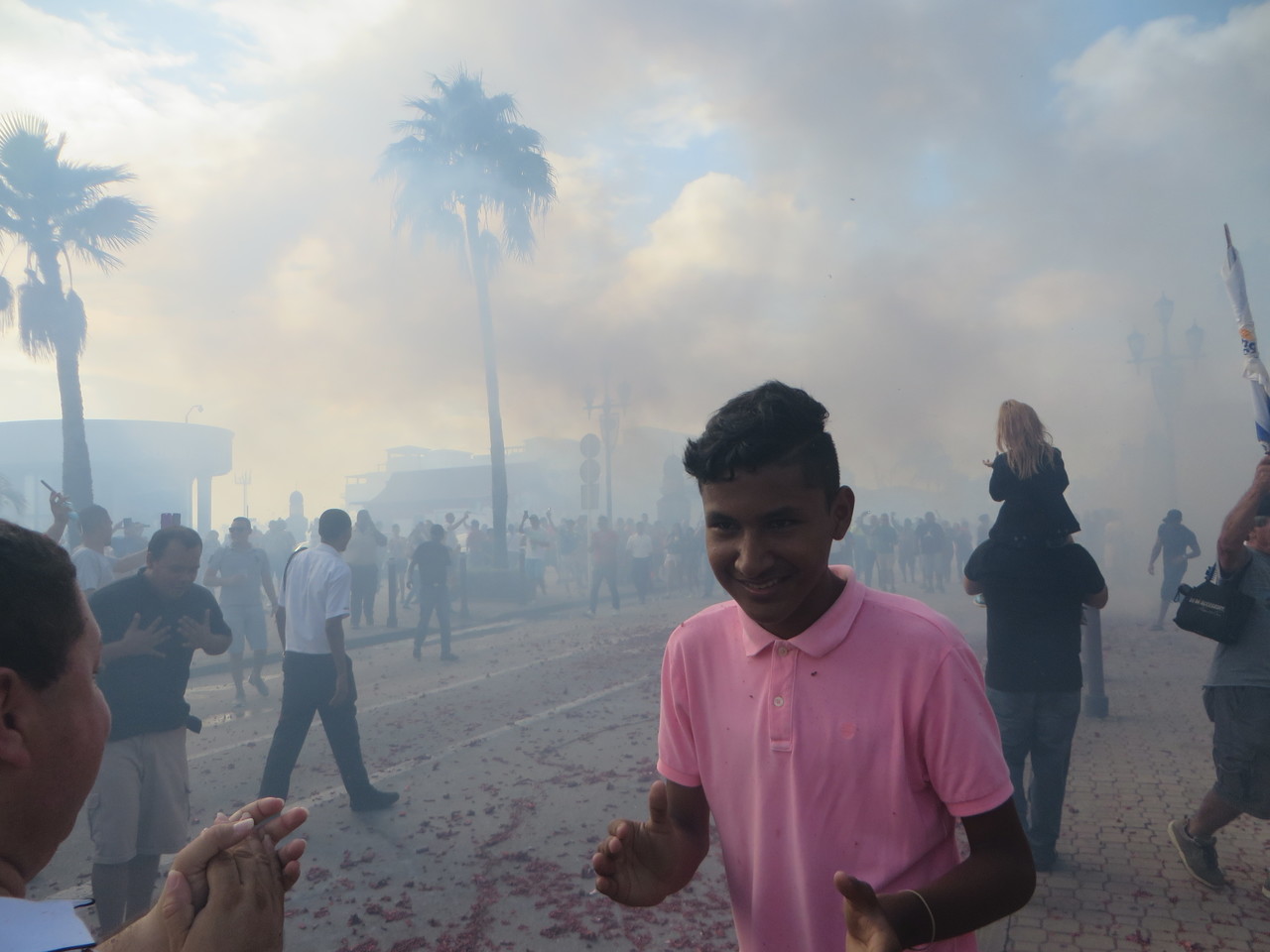 Flickers of light signaled the firecrackers' direction. I choked on the smoke as I tried to find a clearer place to watch these theatrics but then the noise and heat became too intense. Pursing my goal of capturing these festivities in photos and videos, I remained persistent. As the crowd swirled, the smoke subsided amid the final sparks, and then the observers closed in to pick up unexploded firecrackers only to be startled by a few smoldering bangs and pops. This is how Arubians observe the New Years: 24 hours of pyro-kinetics big and small soft to deafening sounds, and flickers to flames. 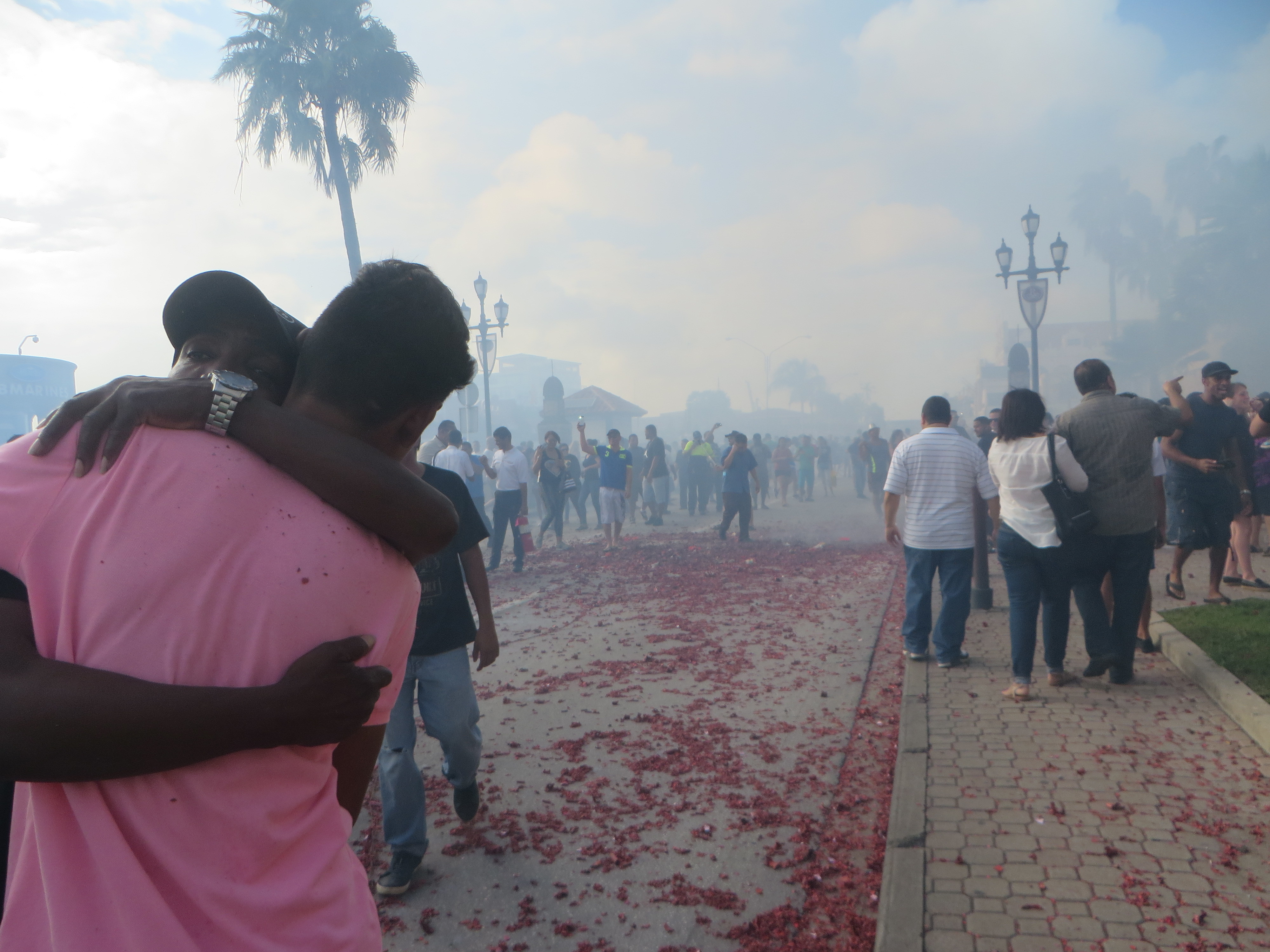 Months ago, I had decided to spend New Year's Day on Aruba instead of the freezing cold of the East Coast. To establish some privacy, I used Airbnb to find an apartment just outside of downtown Oranjestad. My relative seclusion quickly faded upon getting to know my hosts and their friends. As fireworks exploded overhead, I attended a house party and listened to stories about growing up on the island, the origin of Papiamento (a mix of Portuguese, English, Dutch, and Spanish), and the local gossip about who was sleeping with whom and the latest scandals. 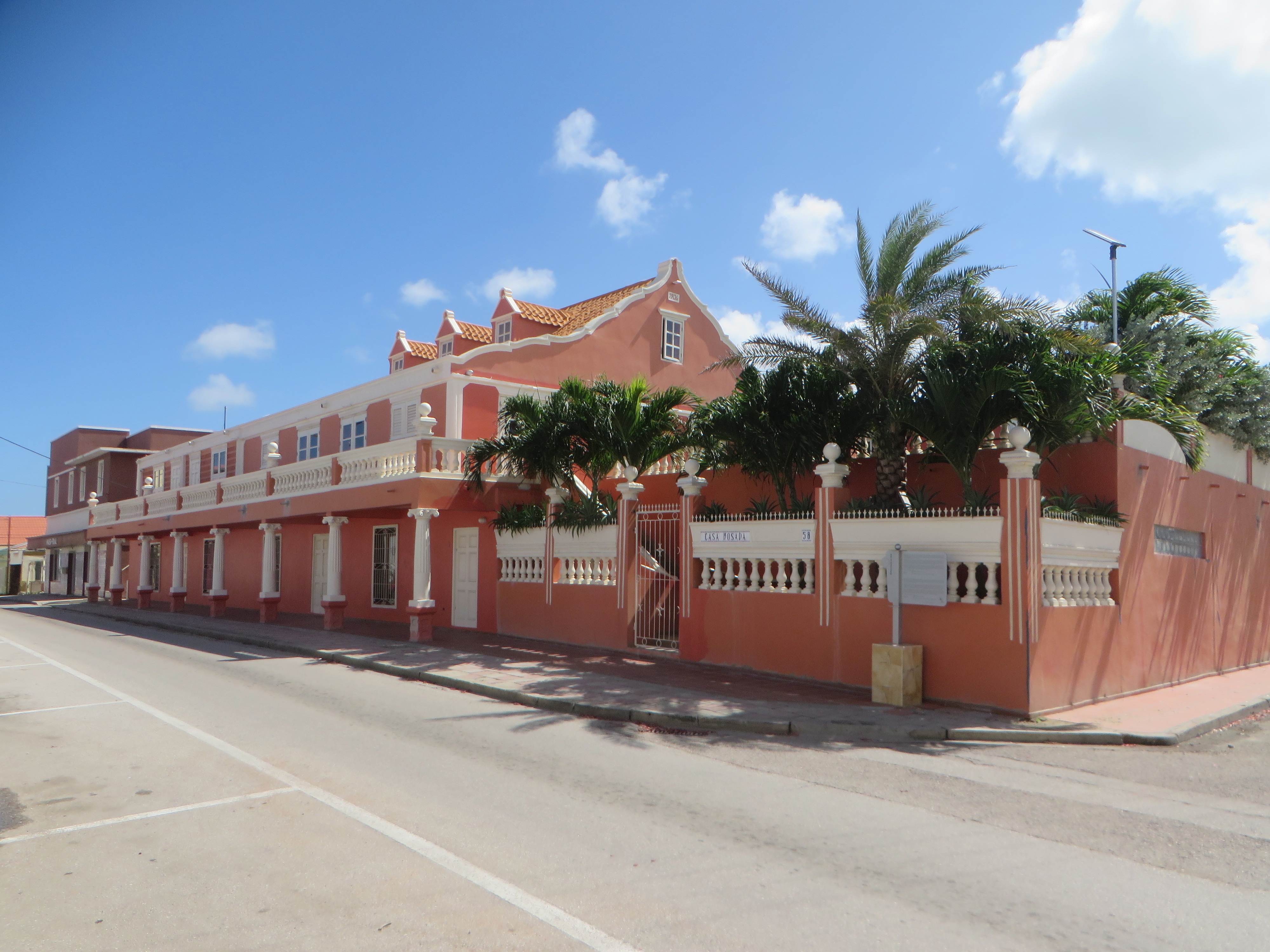 The streets of Oranjestad, dotted with Dutch architecture, were quiet on New Year's Day. Bold mixes of canary yellow, brick red, and powder blue create the palette that gives life to this small and flavorful town. Stores, bridges, the bus station, and church contrast local history and current times by blending a vibrancy that reflects the attitudes of the locals. I quickly learned the points of interest like the Fort Zoutman Historical Museum and National Archeological Museum. Then I shifted to finding places to eat my favorite dish. A full slab of ribs, thickcut fries, beans, Cole slaw, and a slice of Texas toast all dripping with BBQ. Cans of Balashi, locally made beer, both cooled me and helped me get everything down. After this hearty meal of generous porportions, I spent the remainder of my day on the beach. That evening the sun set was replaced by tiki torches that flickered like lighting bugs. Beers and appetizers filled my tab while 1980s and 1990s classics streamed from a laptop in a corner as I joked and flirted with Colombian women until last call. 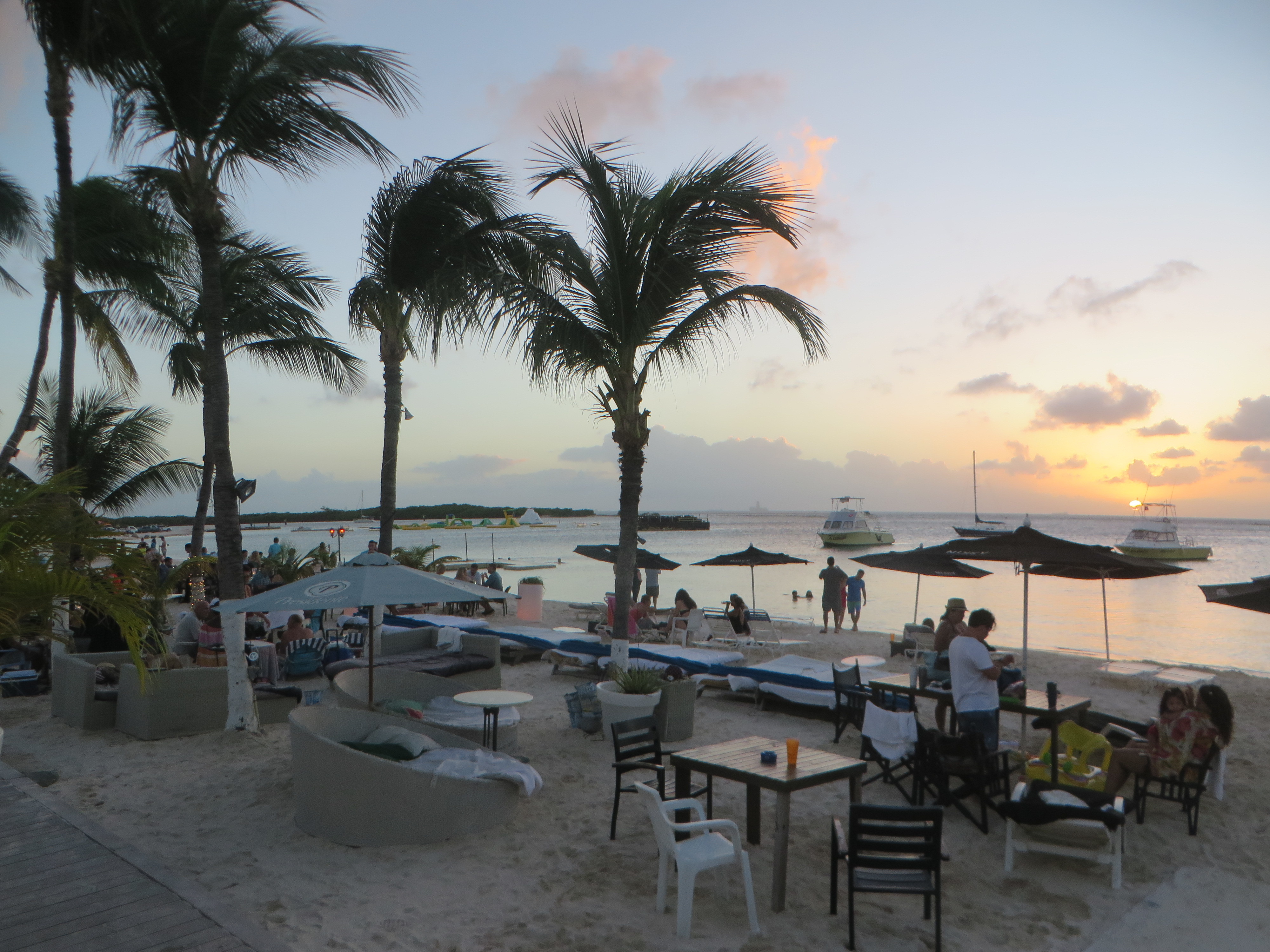 On Aruba, your tastes, budget, and preferences determine your choice of lodging. In the high-rise area are the Hyatt, Marriott, and a mix of upscale chain restaurants, while in the low-rise areas you get more space, fewer tourists but high or low, all areas are surrounded by beautiful beaches, crystal blue waters, sun-colored sand and palm trees' shade. Rented parasols are quickly rented by families, couples, and honeymooners finding a patch of land to claim. No matter what you choose to do, you can lay under the sun and get a perfect tan or relax with a Pina Colada. 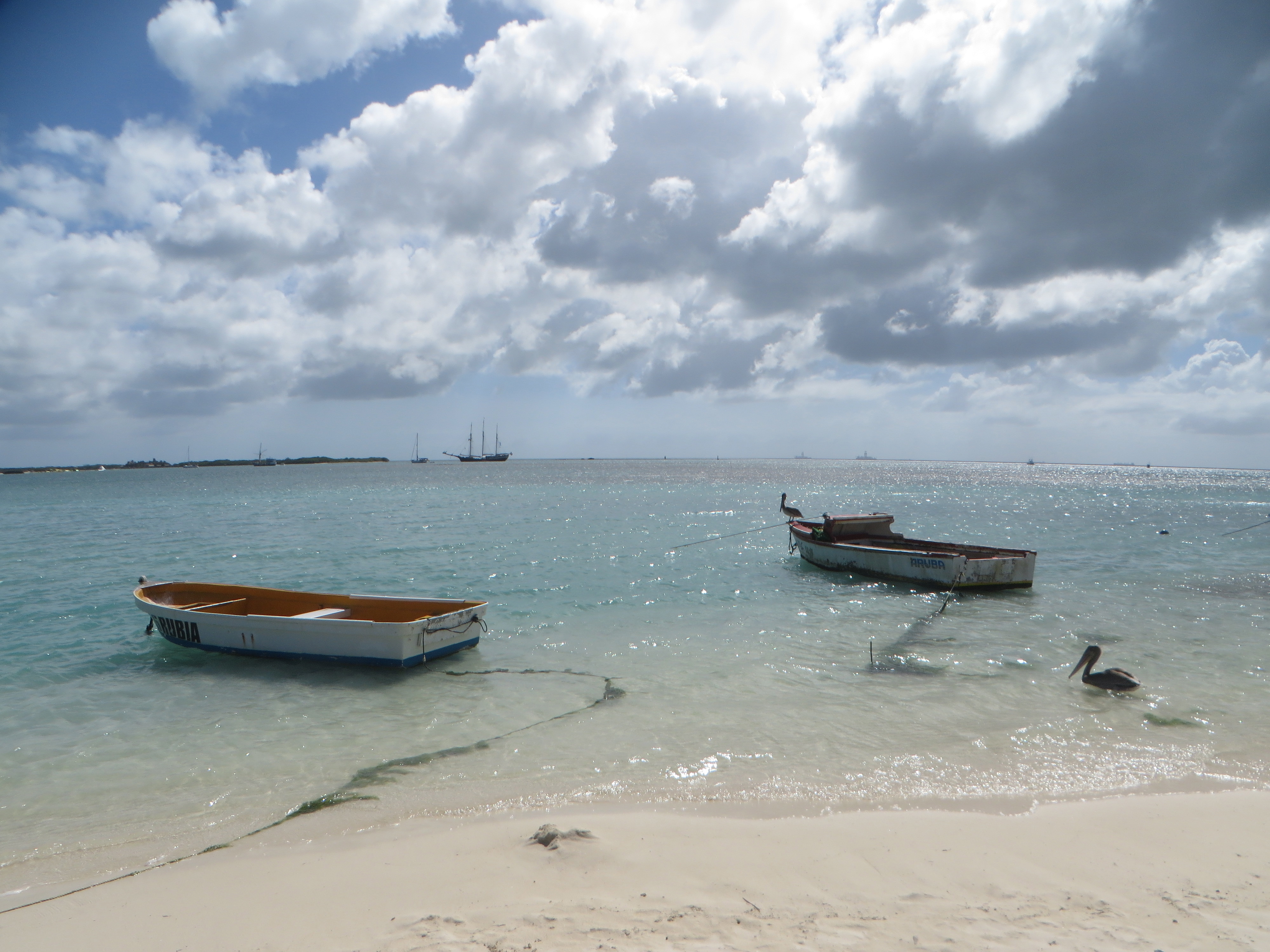 The more active tourists can visit Arikok National Park. Taking up 20% of the island is a landscape of lush vegetation, beaches, and solar windmills near the hiking, horseback riding, and biking trails. The piéce de résistance is the caves used by the original inhabitants who left drawings that are still not fully understood. The adventurous tourists can explore them extensively. The dark caves and paths are only lighted by camera flashes or cell phone lights as other explorers provide an eerie backdrop as their voices echo and fool you into thinking they are close, when they are not. 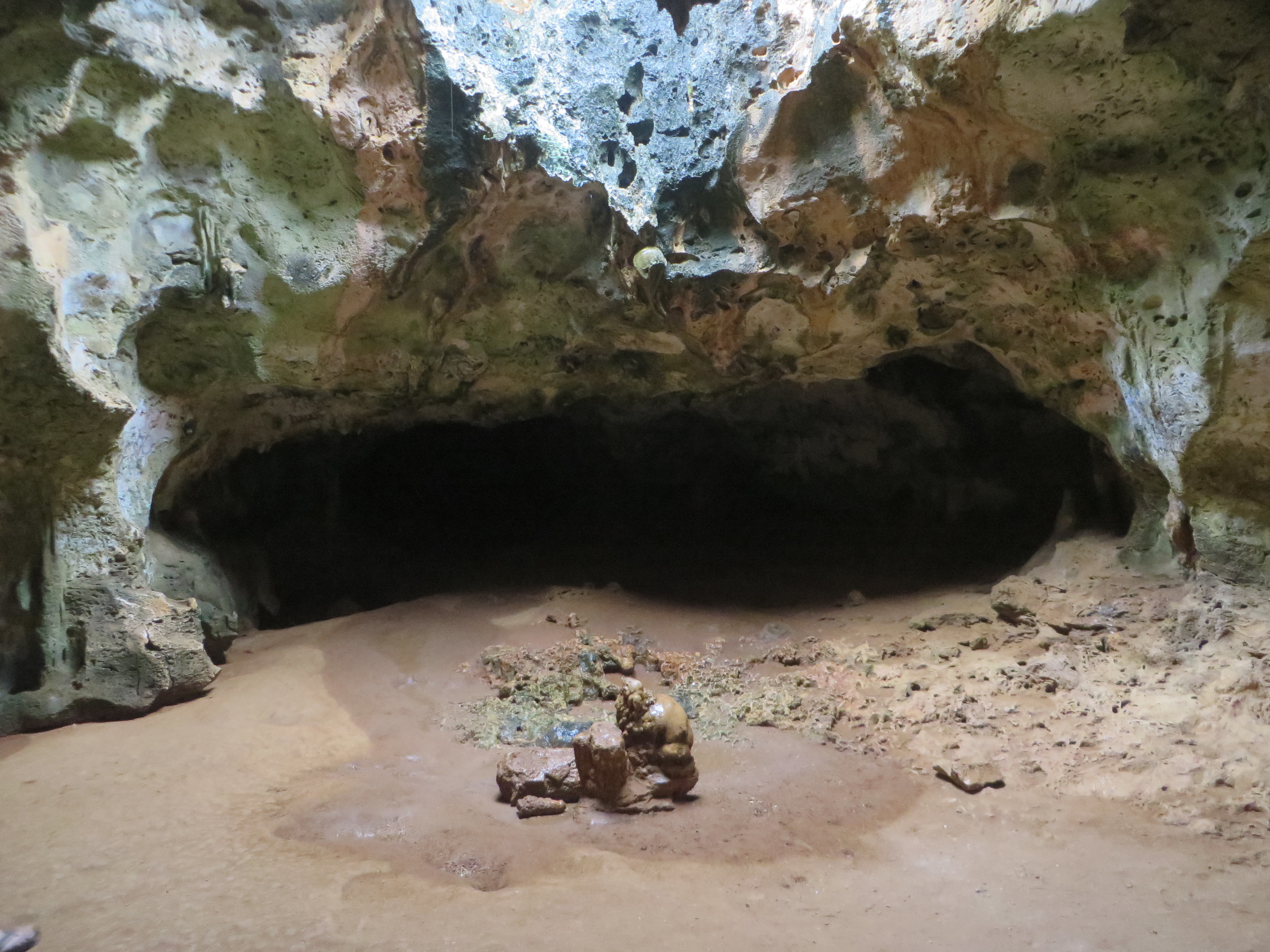 While there you are given a introduction into the history of the island. You learn of the Arawak Tribe whom arrived from South America and later became laborers, under Spanish rule on the island of Saint-Dominique (Haiti), but most returned when the demand for labor increased on Aruba. Today, except for a few buildings in Oranjestad, there are few signs of a brief colonial past. 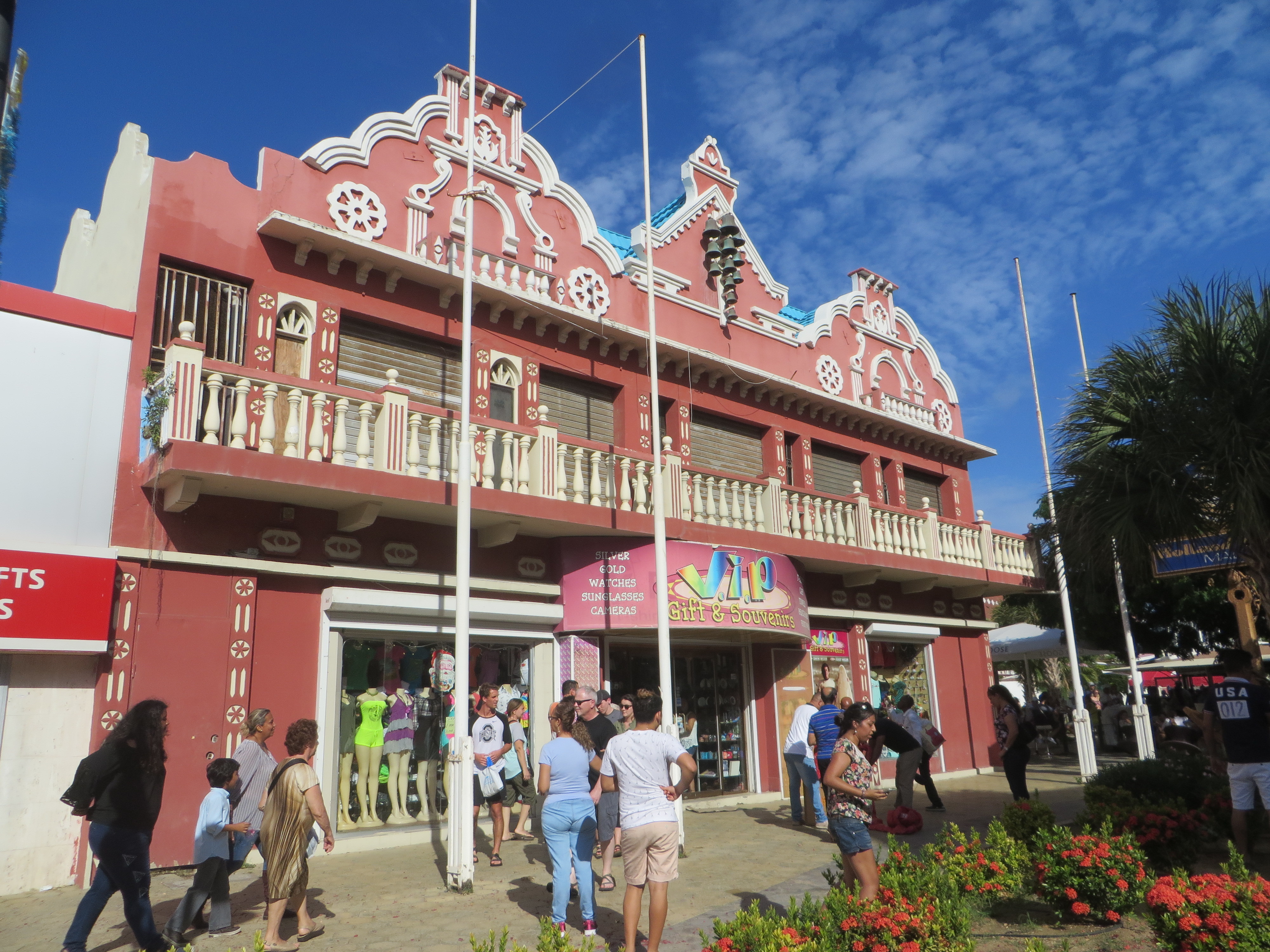 Aruba has perfect weather and a laid back attitude. No need to rush anywhere and no where to run. This is why Aruba is the most is the most repeatedly visited island in the Caribbean. A well-earned distinction. 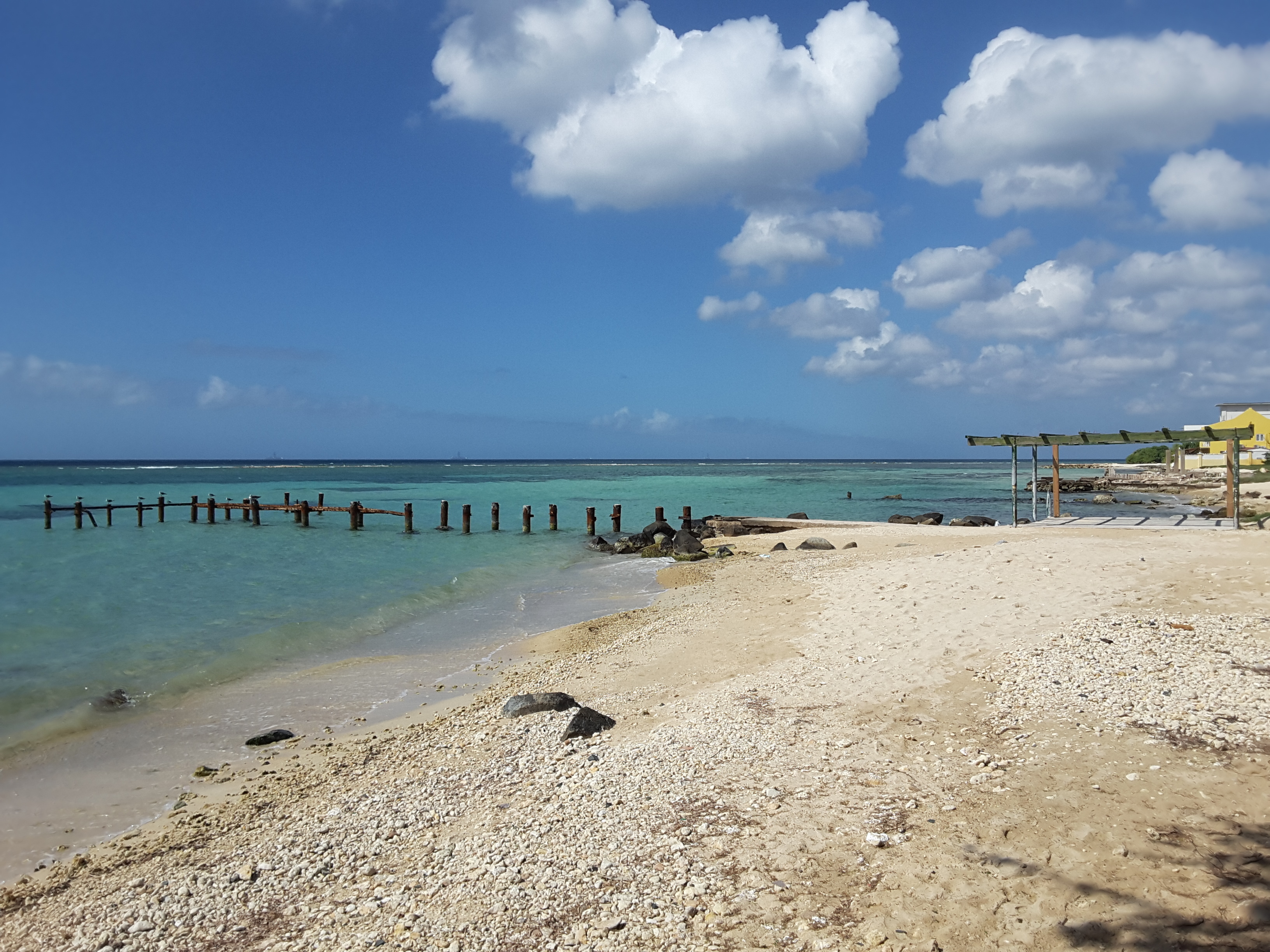 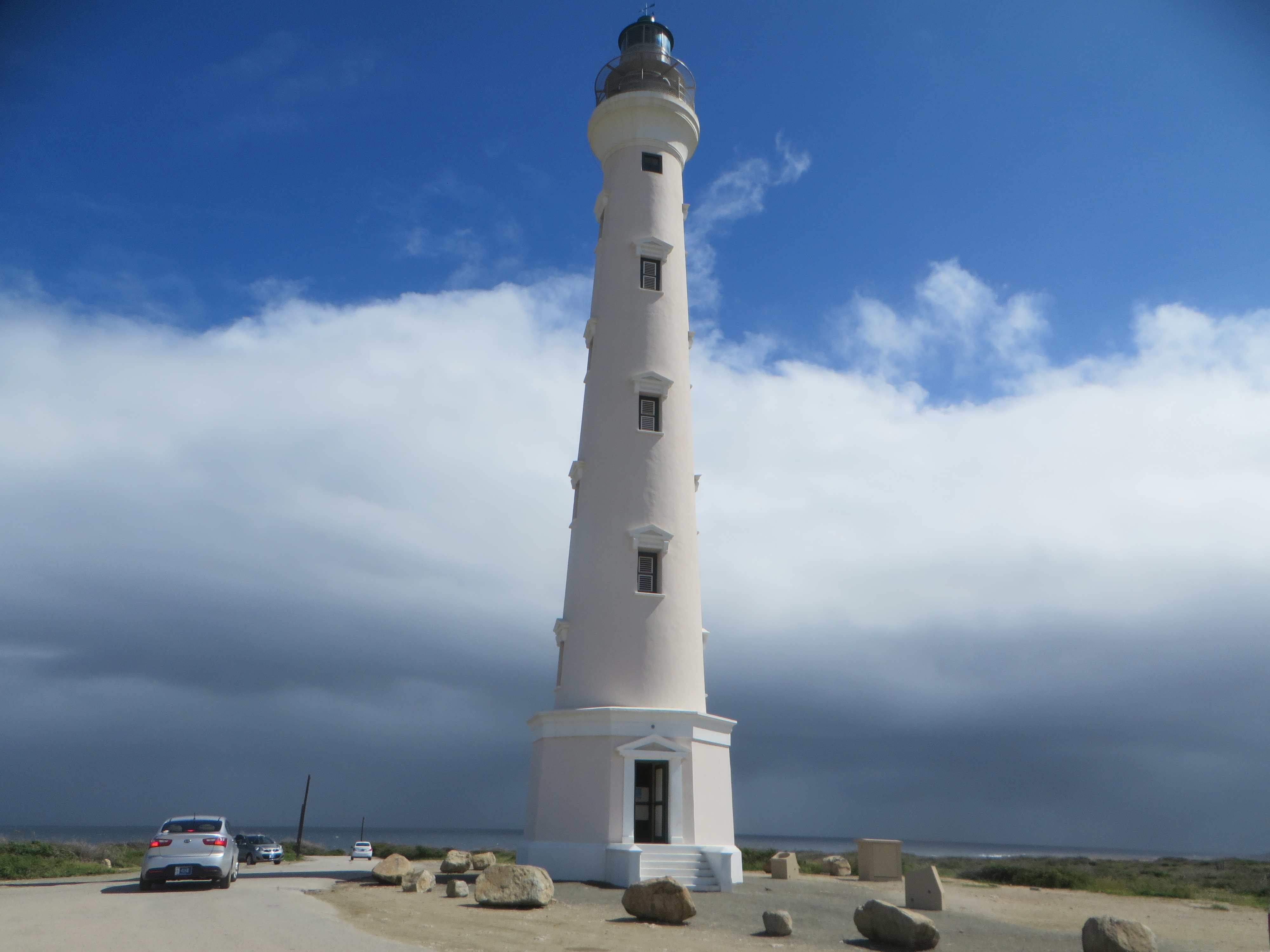 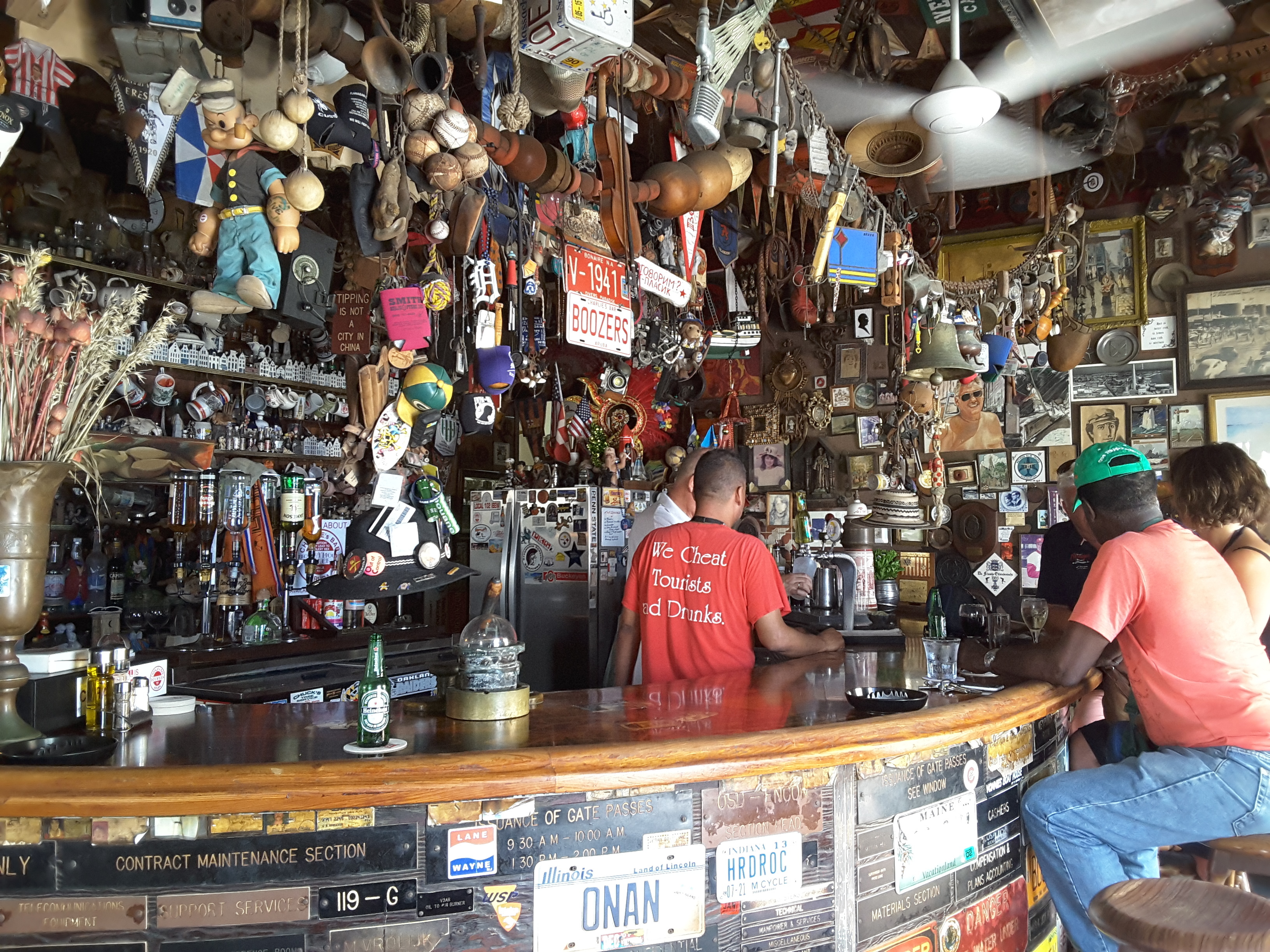 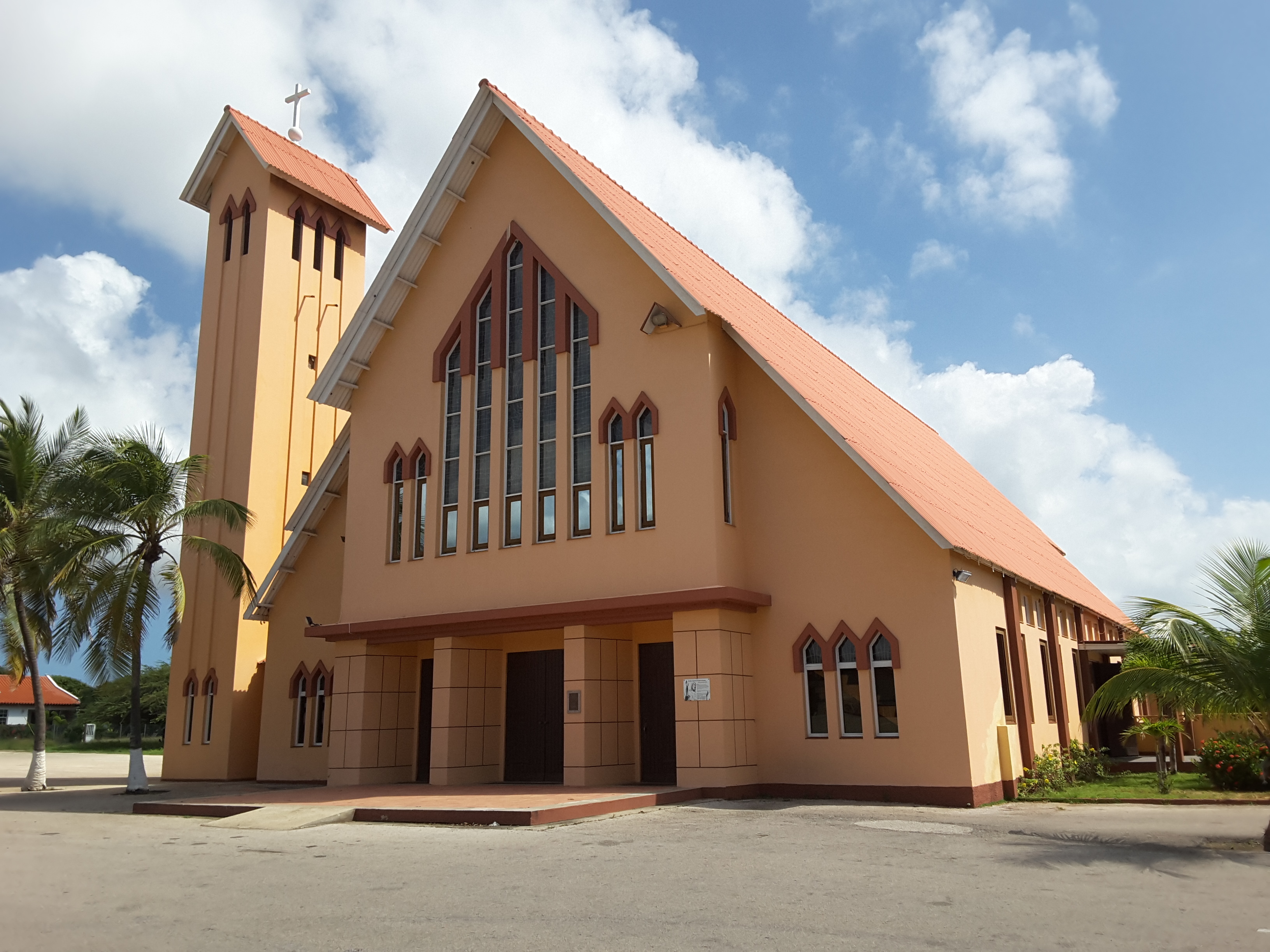 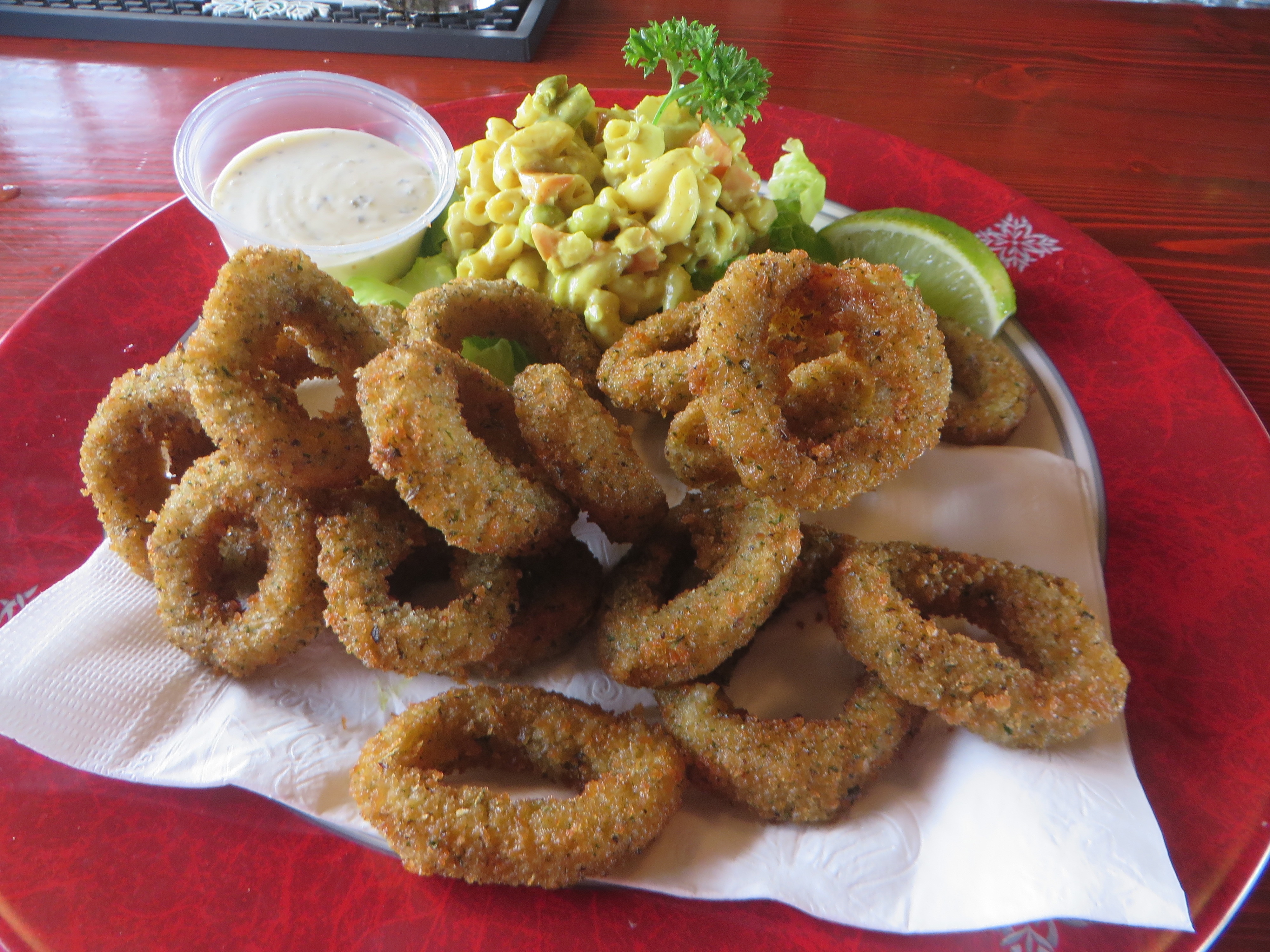 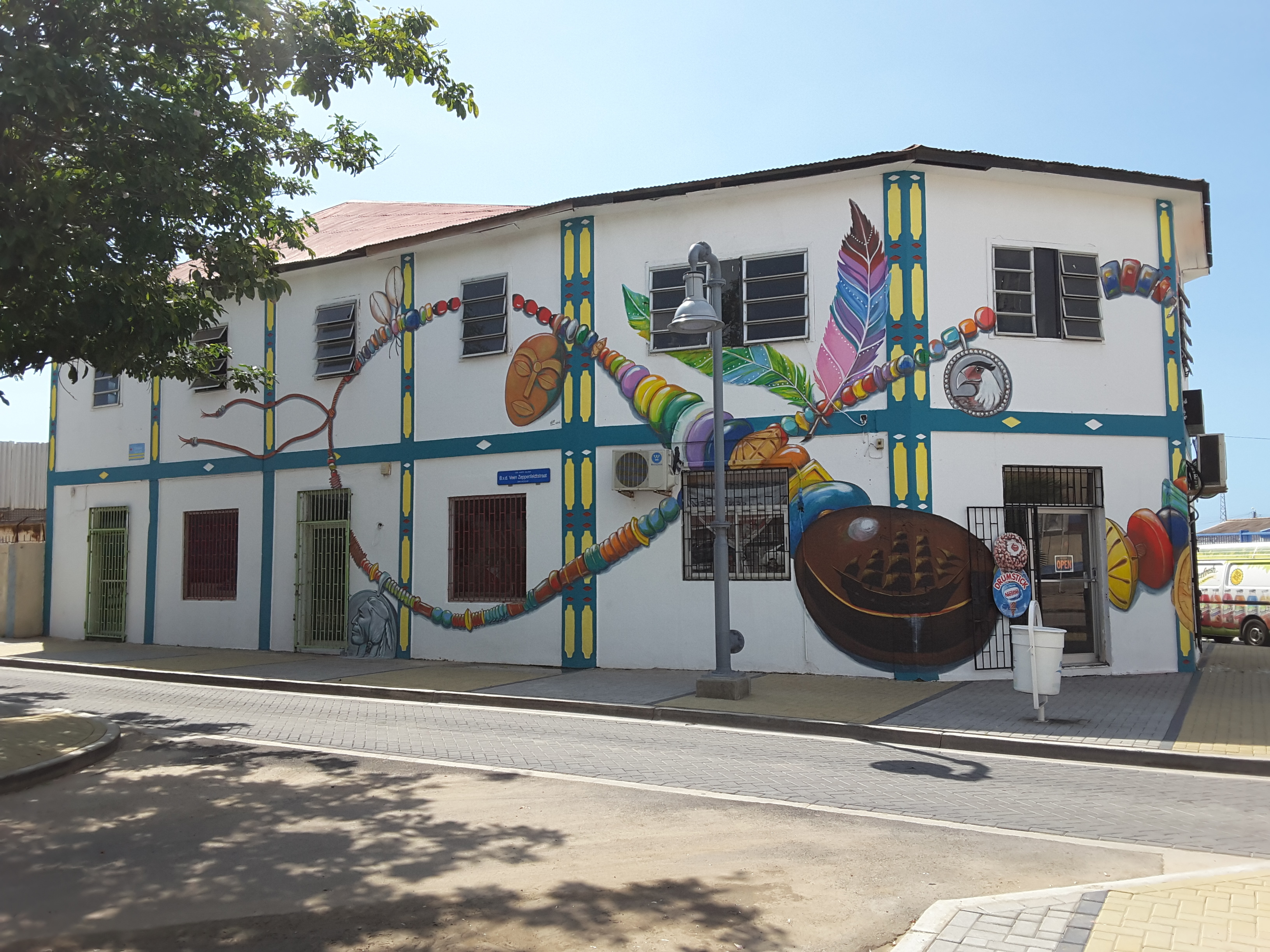 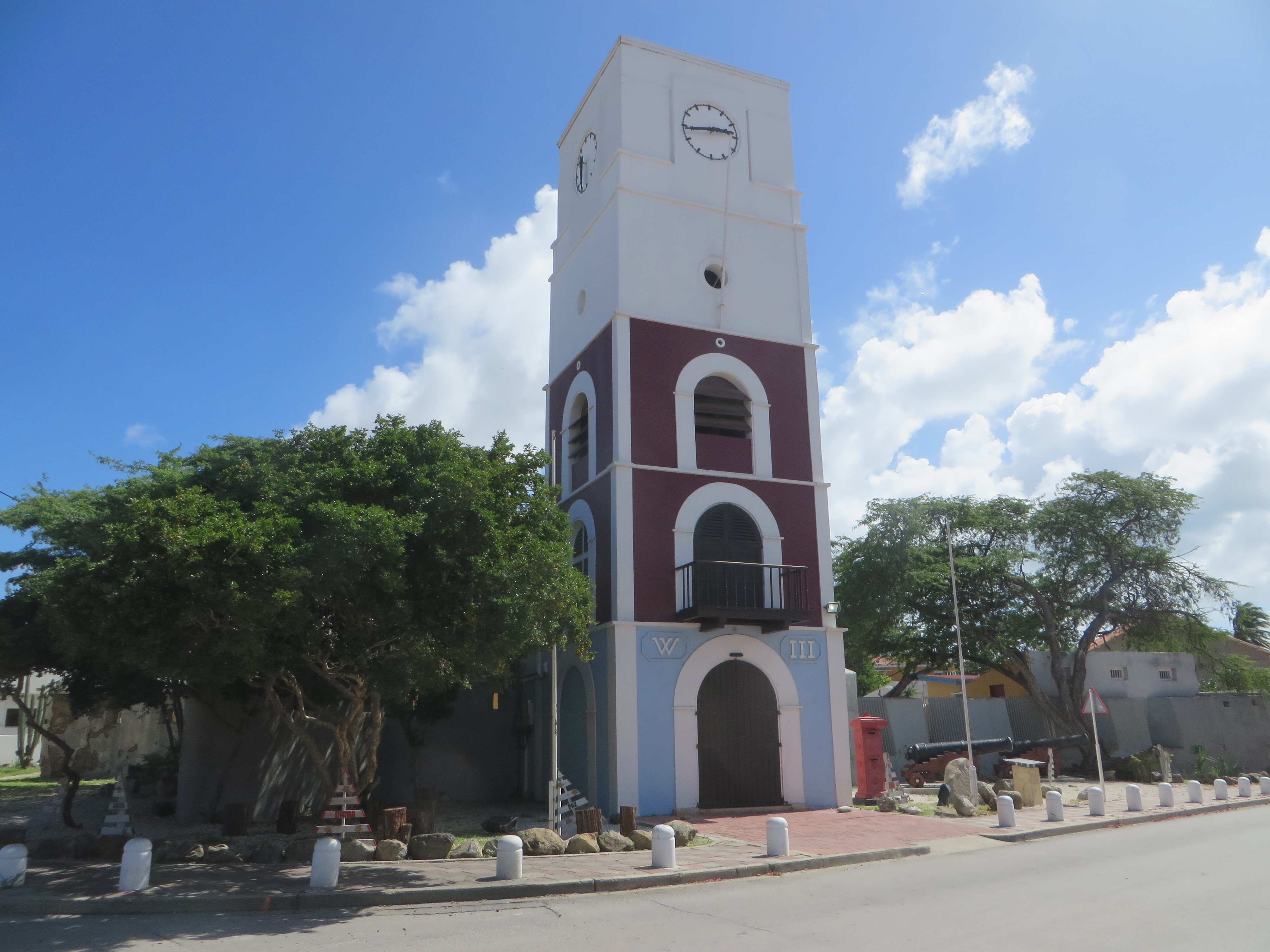 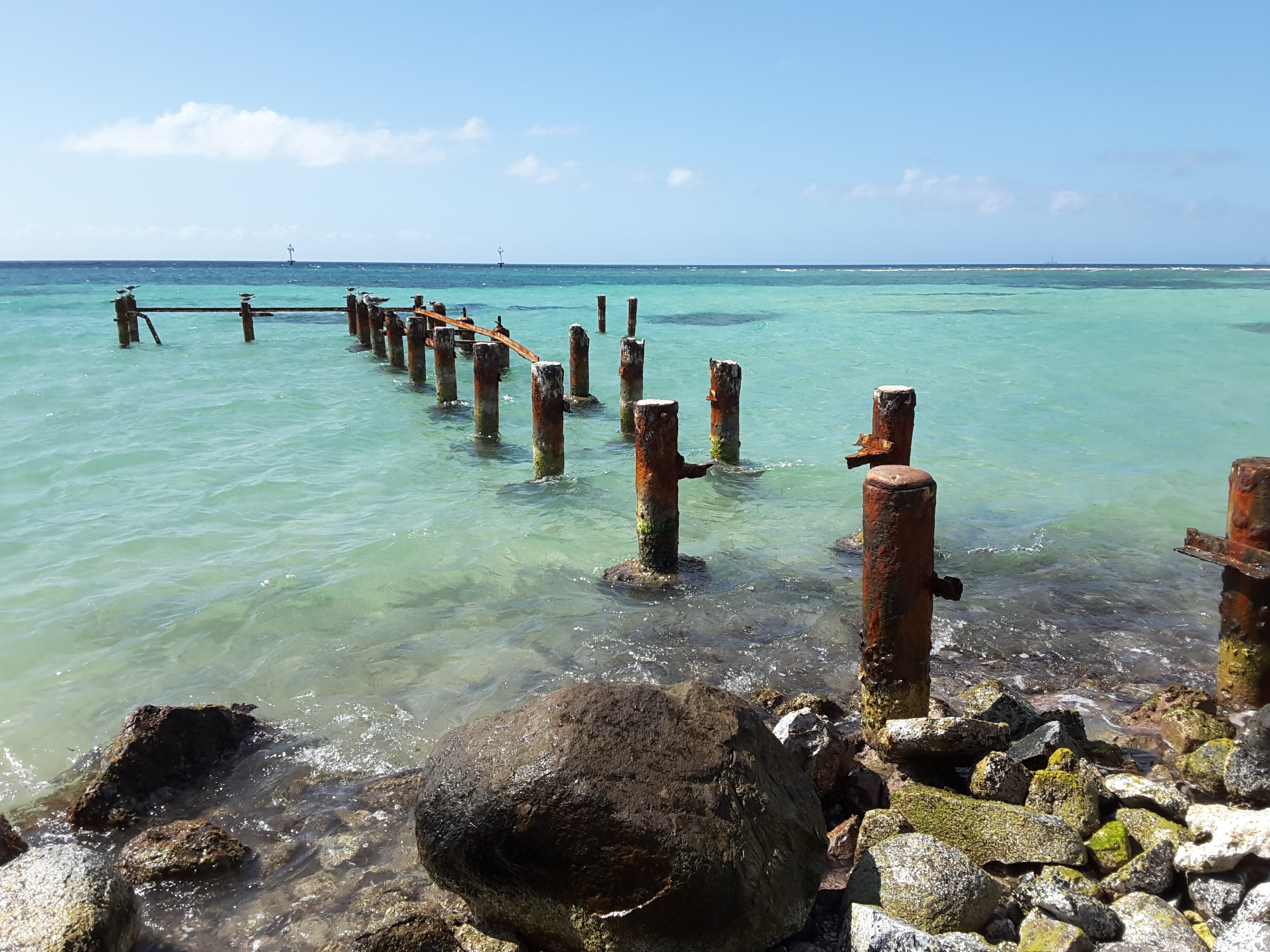 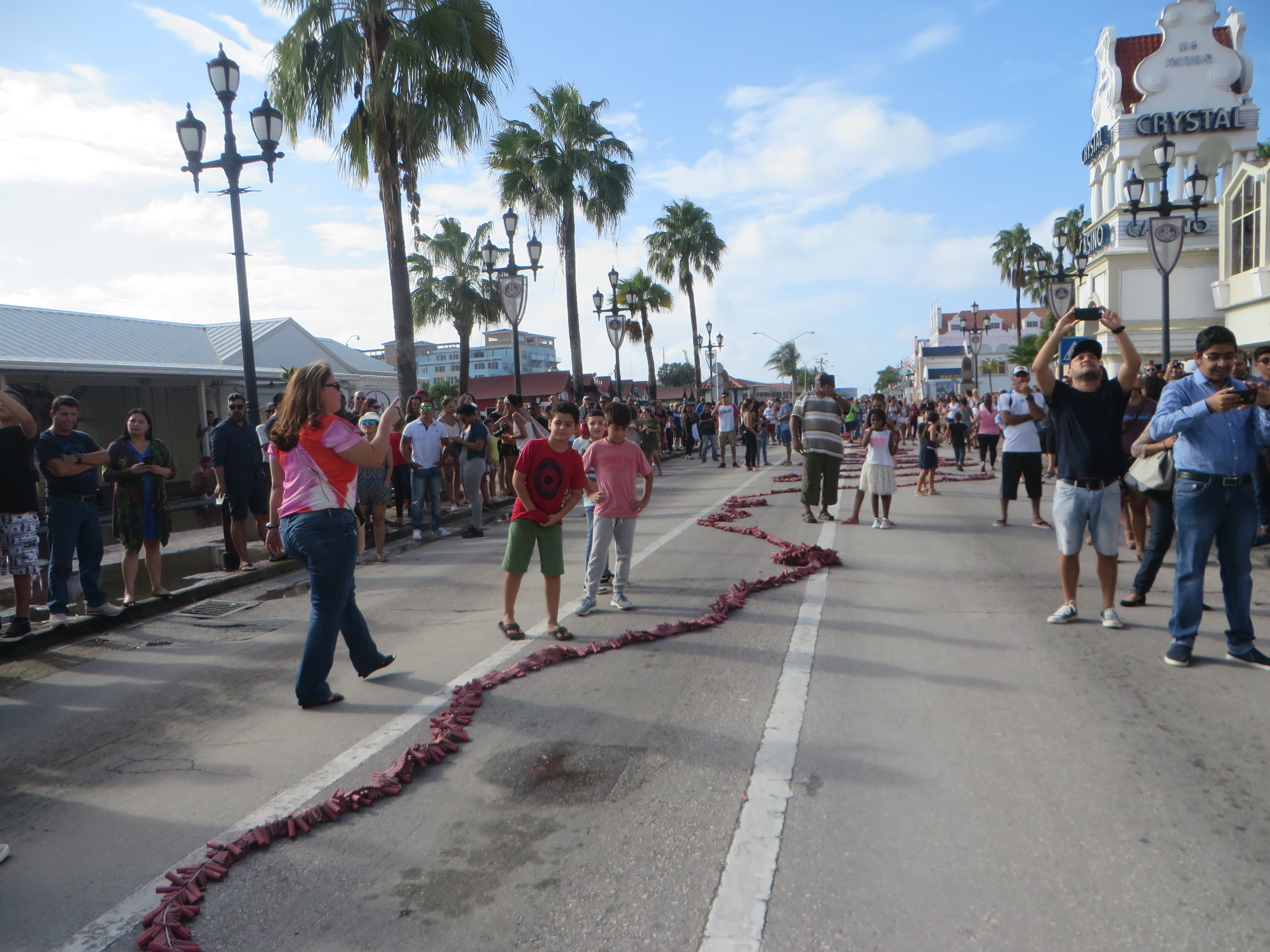 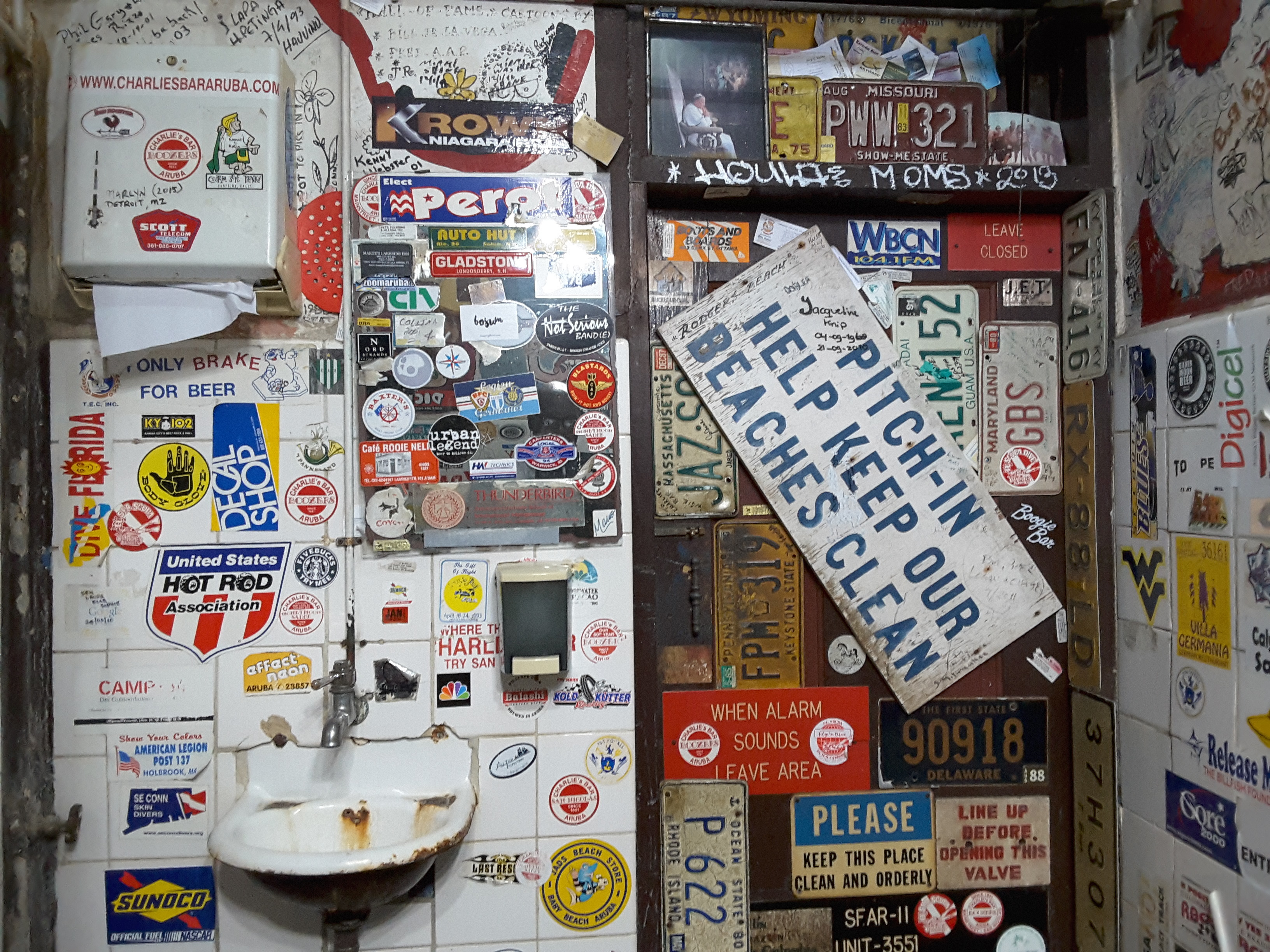 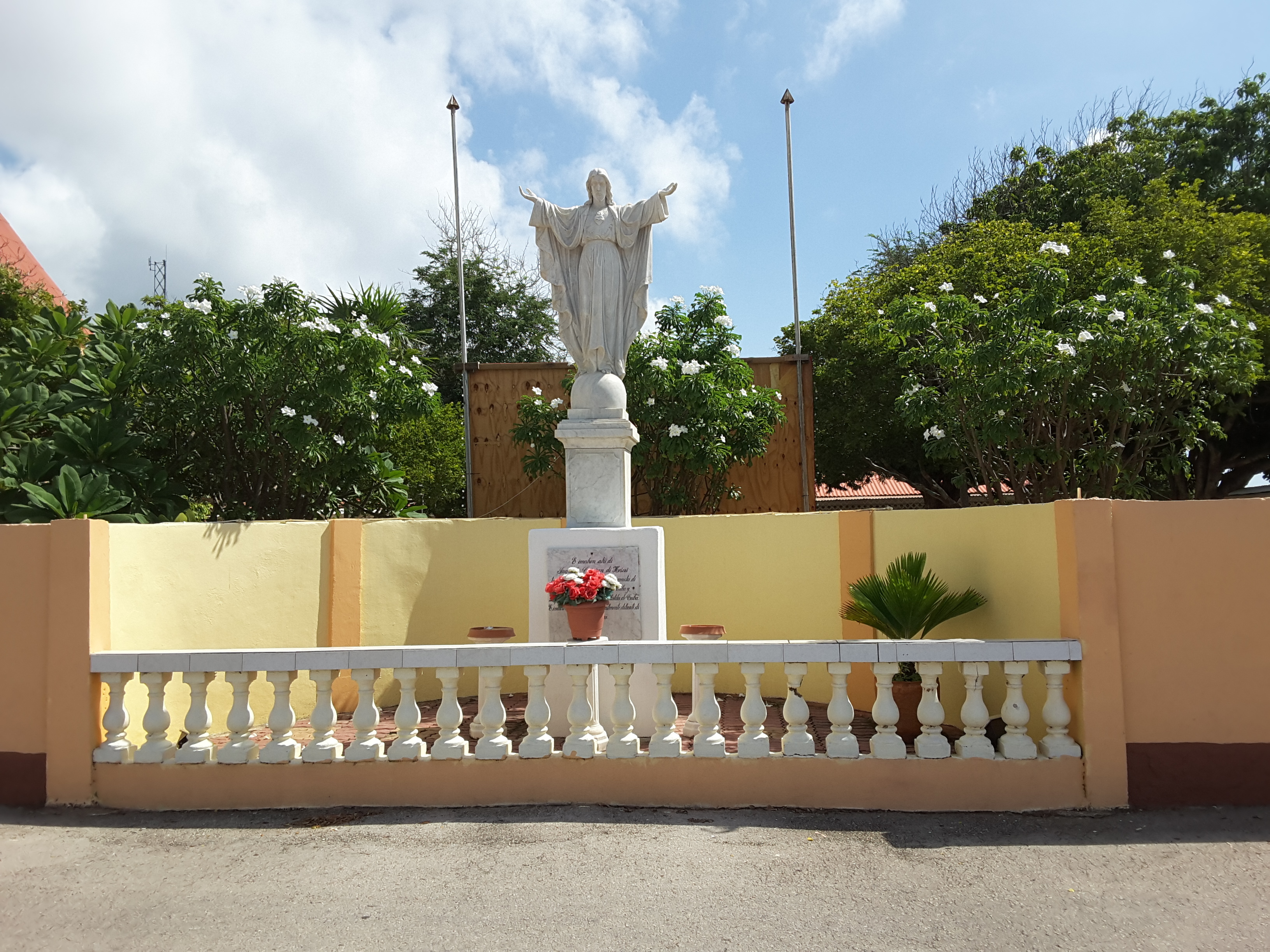 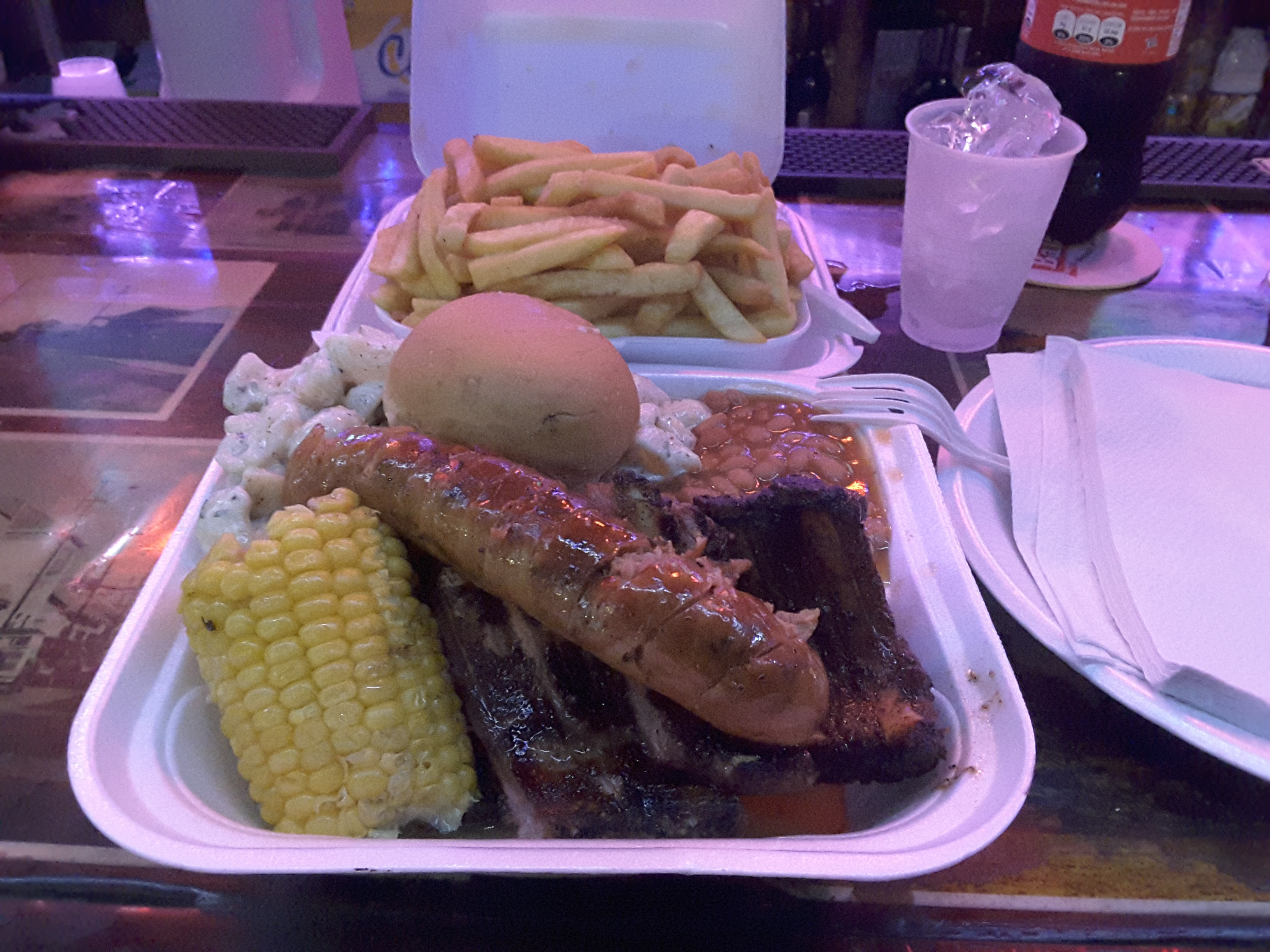 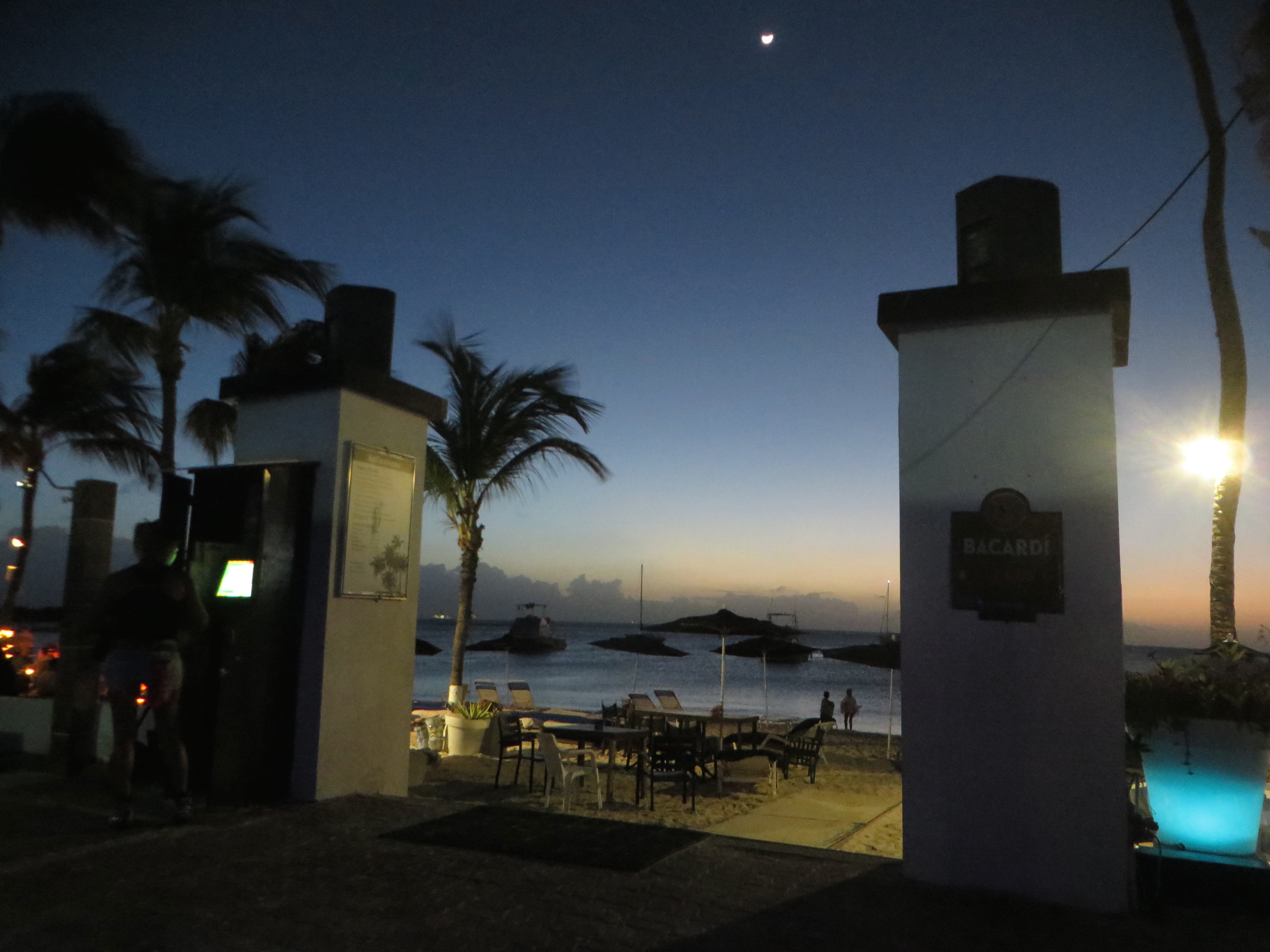