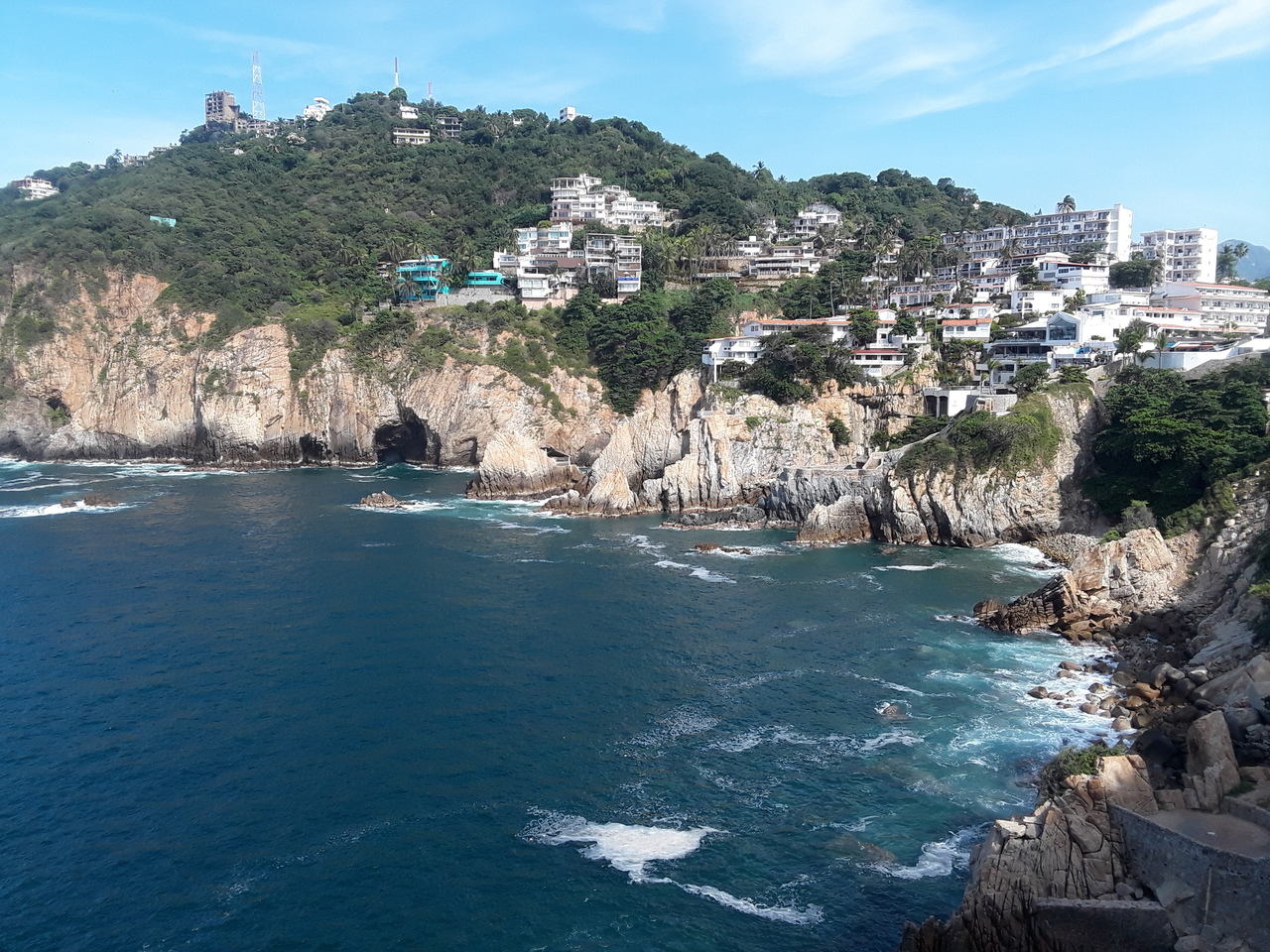 Le Canard Tourism
/kəˈnär(d)/ noun. an unfounded rumor or story.
new posts every month.
I arrived in Acapulco and took a taxi down into a residential street one block above the Malecon (seawall) and passed a few restaurants close to the Zocalo (the main historic square).
The Zocalo was smaller than others that I had seen before. It was mostly obscured by large trees that looked decades old whose vines hung low and shaded the various people looking for a place to rest. Of course, a church was the centerpiece of the square.
Anxious to explore, I quickly checked into my hotel. Nearby, music blared from speakers and suddenly stopped as a DJ tested the equipment for an event happening that night. It was after the Day of the Dead (November 1-2), but events where still taking place. I felt that I would enjoy some of the activities, but did not know when and where some of them were happening. 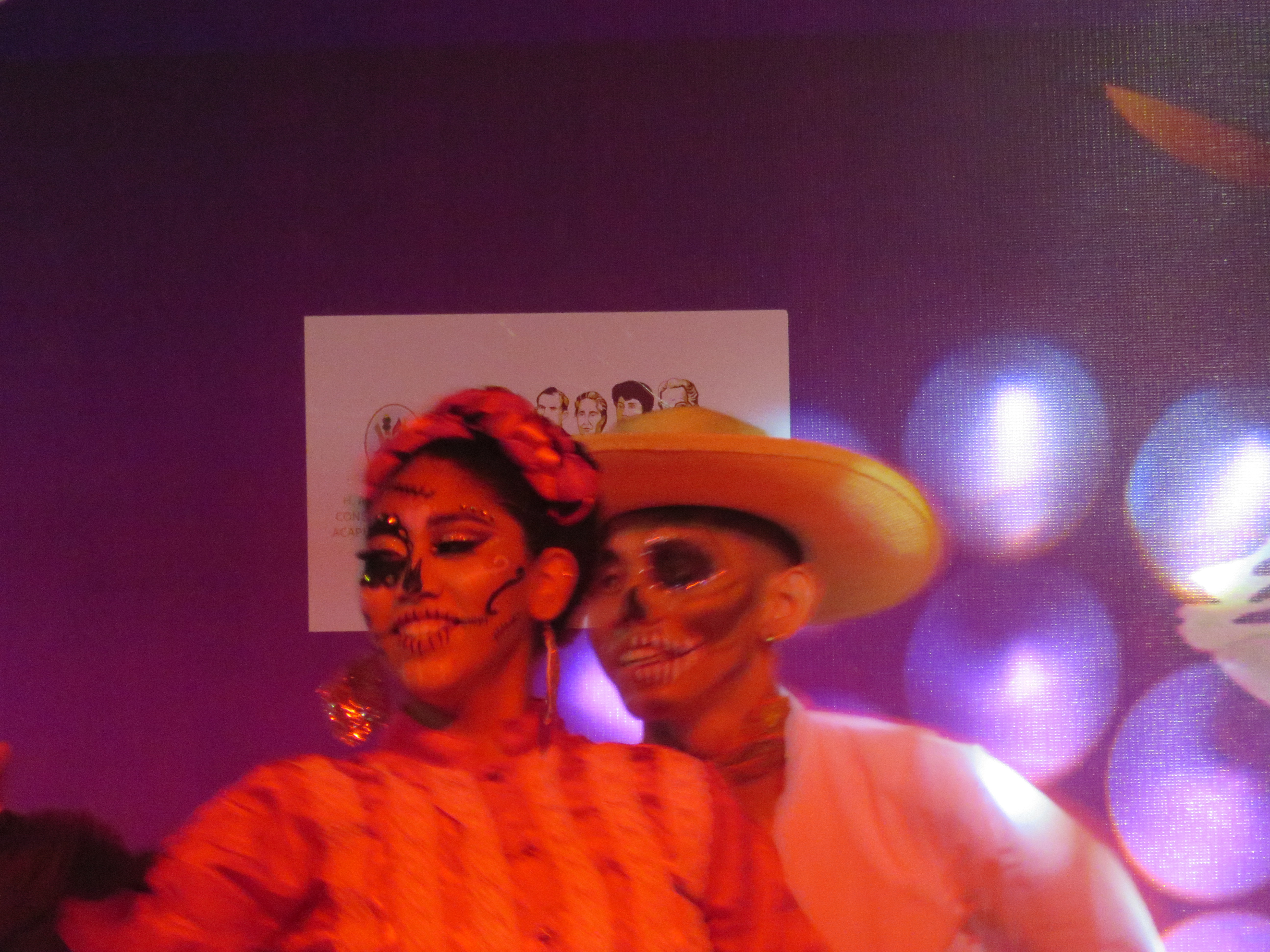 That evening, I watched as people danced to the DJ’s music, but the highlight of the show was the local history as told through dances. I stood as close as possible until other onlookers found their way to the front of the stage. Suddenly hungry, it was time to break away for dinner.
Latin foods have always given me a sense of nostalgia for my mother’s kitchen due to the similarity in staple dishes between the Caribbean and Hispanics. Rice and the side of brown beans are mandatory, a protein of either chicken or beef but the sweet plantains where a must or the meal did not feel complete. It was the ideal conclusion to the first day which put me in the right mindset to wake up bright and early to explore the city.
That week in Acapulco made me feel like a teenager as I watched reruns of I Dream of Jeannie and learned about the Brat Pack. Those icons still live in the posters and hotels that once entertained them. 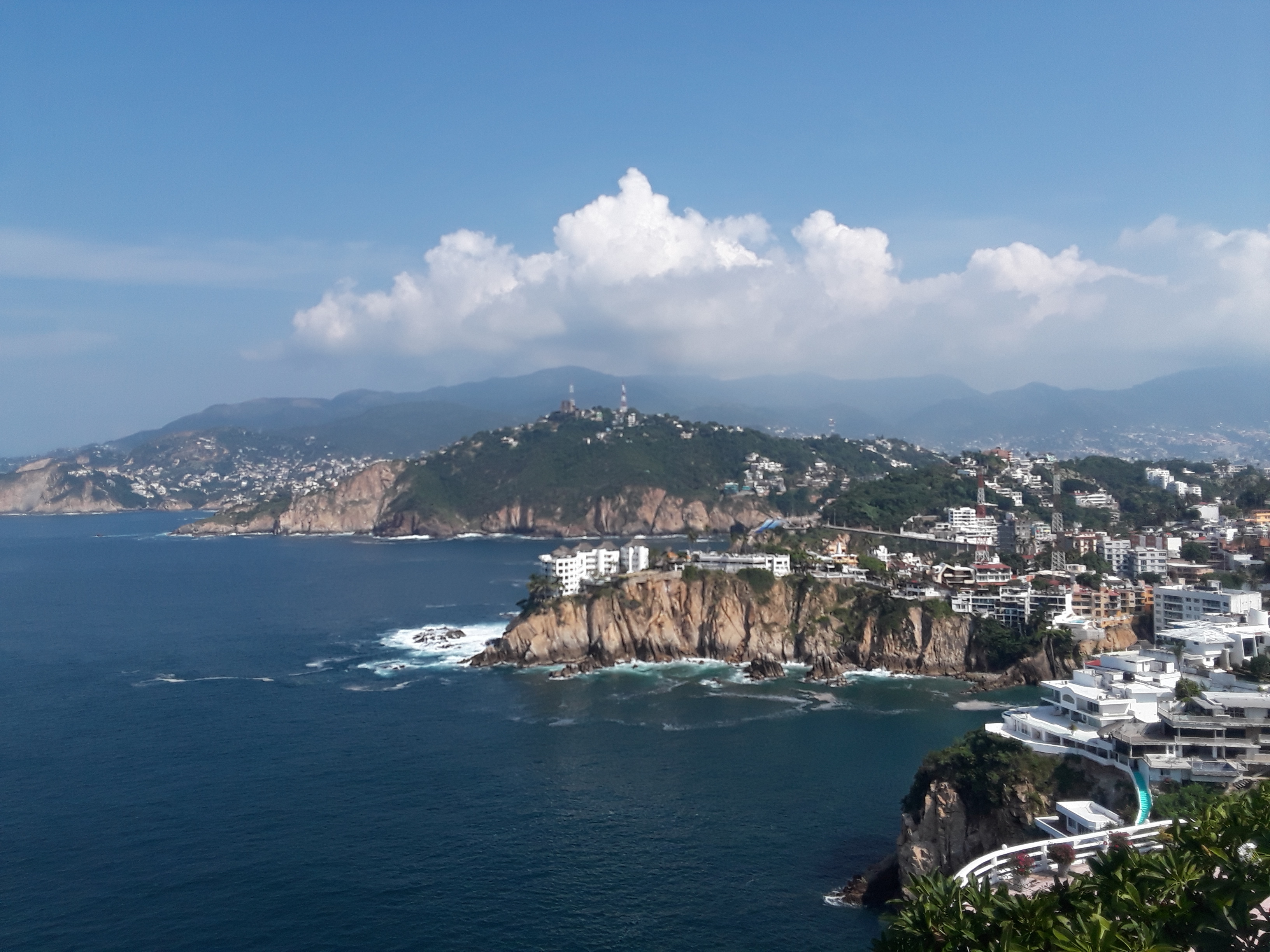 Today, mature Mexicans visit these places to reminisce about their younger years as photos of their icons look down on them. At first, I laughed, asking a guide, “do I look old enough to remember these people?” and then admitting that I did know who they all were, making me feel as though I, myself, was stuck in the past.
A few days had passed before I decided to take a local tour with the goal of viewing areas of the city that where inaccessible to me with the added benefit of gaining insight into the culture.
It would have never been possible to see  John Wayne’s vacation home, that I originally was not crazy about, but I became enthusiastic once we entered the house and witnessed the views of the Pacific while the waves crashed into the rocks below.
The only marks of the past are a statue of one of his horses and a huge “JW” in the pool. “There have been almost 100 people who have lived here since John Wayne passed,” the guide informed me. Although the location was beautiful, I can understand why so many people passed through: the cost was too high and the location too remote. 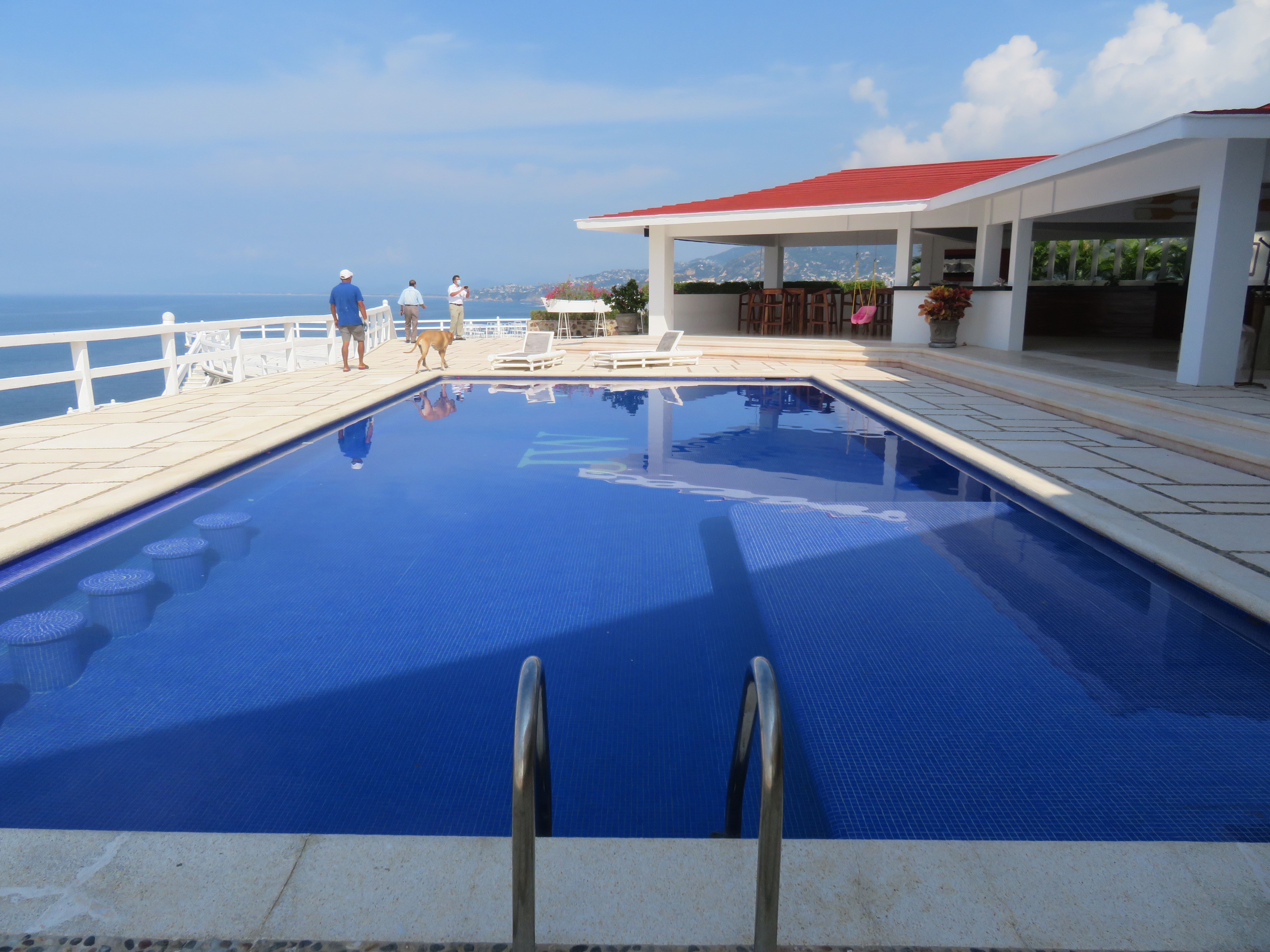 Interacting with people has always been my favorite part of travel. The locale is simply the introduction making the conversation it’s payoff. The guide parked our vehicle blocks away from the Main Market which became sprawl that engulfed huge sections of the surrounding area.
We made our way to the main section as my attention was directed to points of interest along the way.
My tour happened to take place on a Thursday which gave me the opportunity to try pozole, a dish only served once a week due to the time and effort put into it’s creation. There are three types (green, white, and red) but unless you are visiting a family home the option readily offered is white due to it being the easiest to fashion. 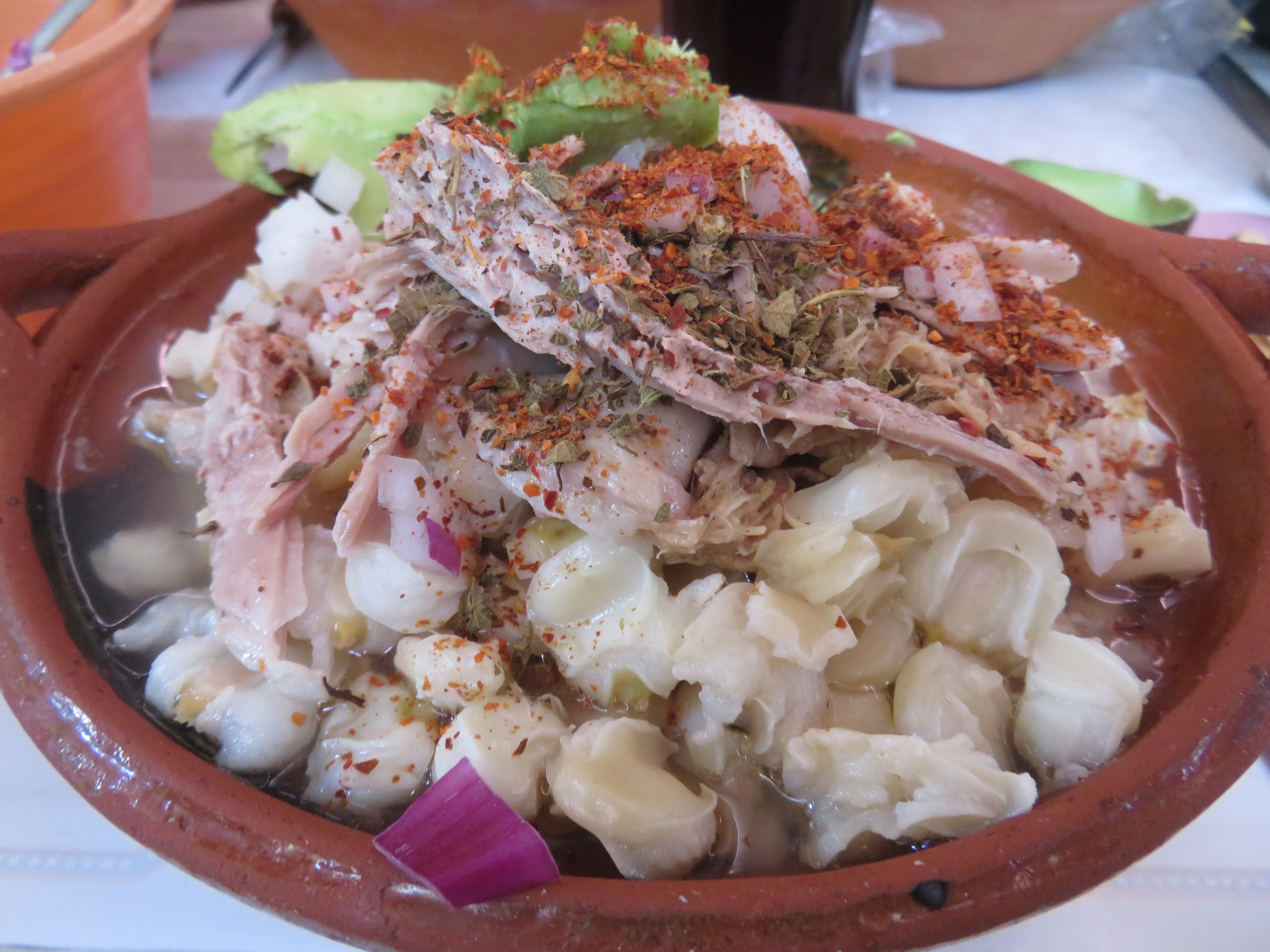 The origin of the dish goes back to the human sacrifices performed by the Indigenous population prior the Spanish arrival. It would later convert to chicken or pork shoulder due to the Empire’s direct intervention.
As we ate, I introduced myself to the chef.
“Did you know that she is Afro Mexican?”, the guide remarked
I looked up and recognized the speaker’s features, but I did not want assume anything as Chef was serving our meals within the sprawling Mercado. I was curious about this revelation, because it was the reason I had returned to Mexico and had to visit Guerrero State, which is known for having the biggest Afro Mexican population in the country.
“My ancestors came here on a ship that crashed southwest of Guerrero. The story is contested, but is widely held as true.” “How could shackled slaves, who are commonly joined, swim to shore” is the biggest gripe? My thought was not in total disbelief but in amazement. Regardless, I smiled because I was on the right path to finding more for my story, and I made notes on my phone so I could add this story to one of my drafts. 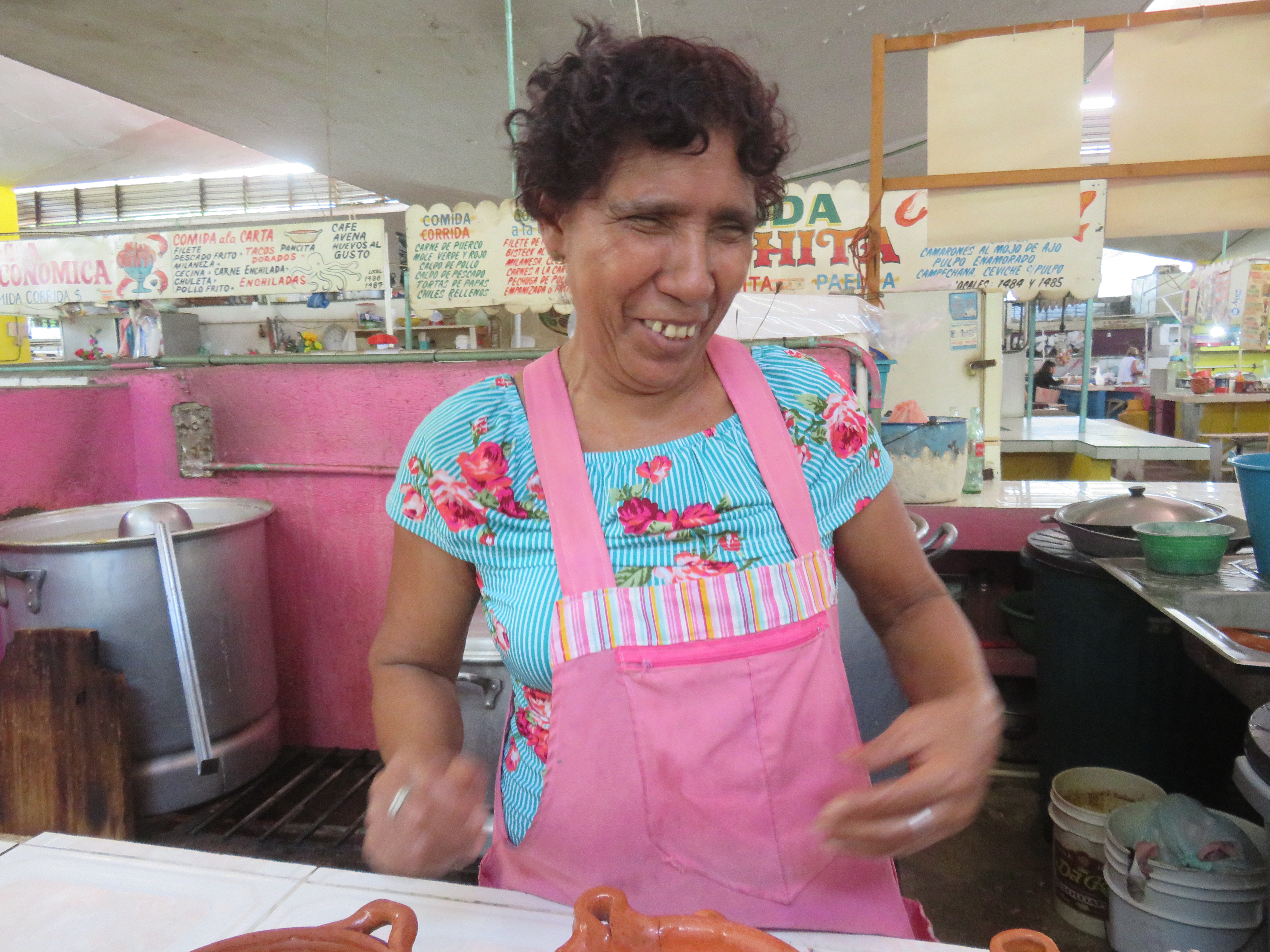 My favorite part of Acapulco is the layout. It is not artificial. You go up and down while circling hills and descending onto beaches that at a glance seem to form in the oddest locations. It took me days to realize that I could quite literally go in any direction and find a stretch of sand.
Yachts docked by tents where vendors sold everything from maize on a stick to foods from mass produced goods with Acapulco written across them.
I walked up and down the seawall until I saw it all. Walking towards the La Quebrada Cliffs took me to where the past lives, where divers jump off the cliffs, and where Elvis made the city popular in the film Fun in Acapulco (1963). 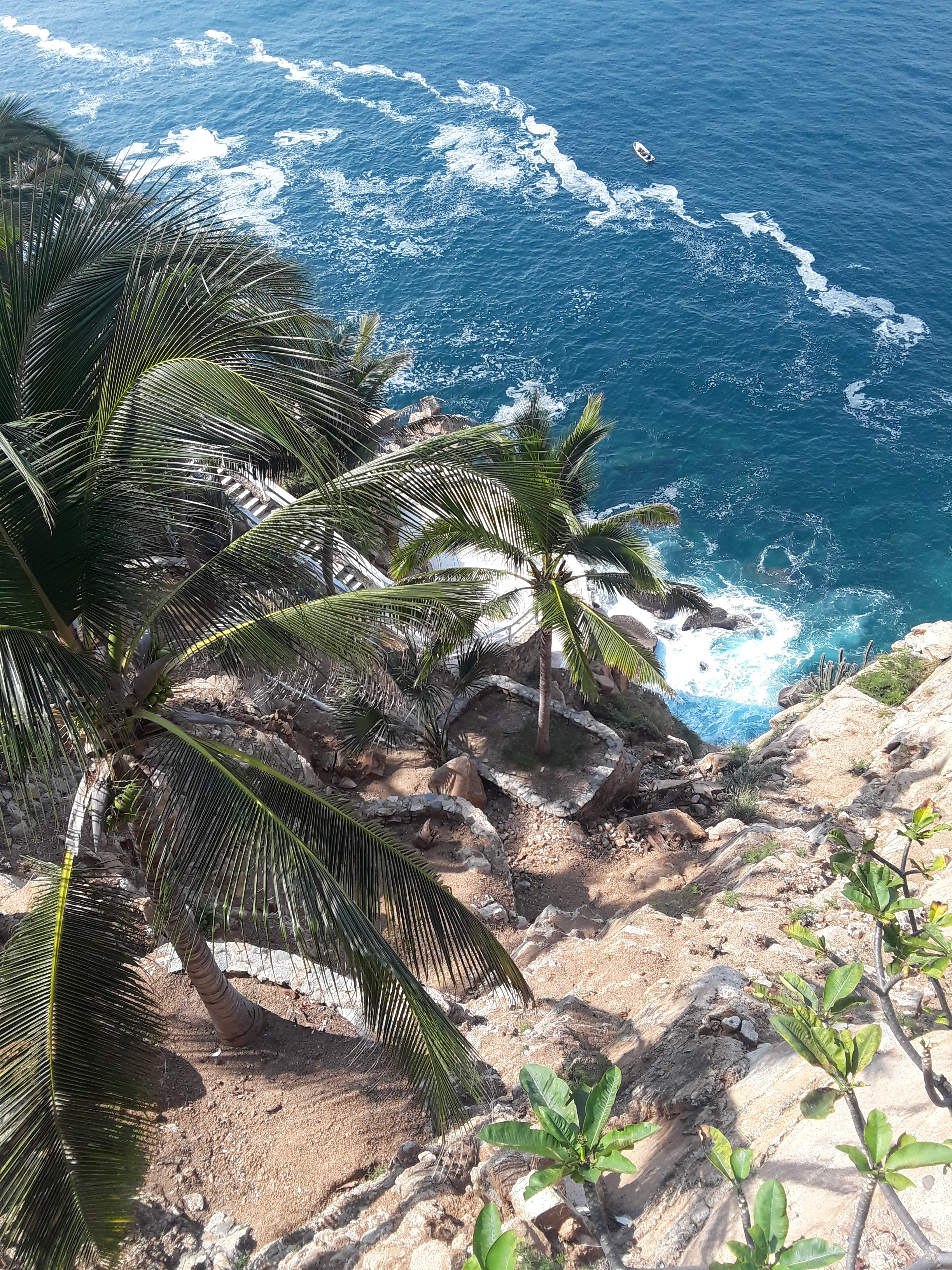 Families dotted the seawall, but as I went towards the Hotel Zone, the mood was different. Night clubs and bars popped up. Now I was seeing what keeps Acapulco afloat as young party-goers bought cheap Victoria, Modelo, and Corona beers, while tech-house DJs played audio files on the beach and half-dressed revealers danced to the sound while the faint scent of weed flowed past the older patrons looking down from above whenever a bouncy track caught their ear.
“Acapulco-style house music!” someone at the bar yelled to me.
I laughed and responded “Or Detroit,” after hearing the familiar sound of Rhythim’s “Strings of Life” within a track played only seconds ago. 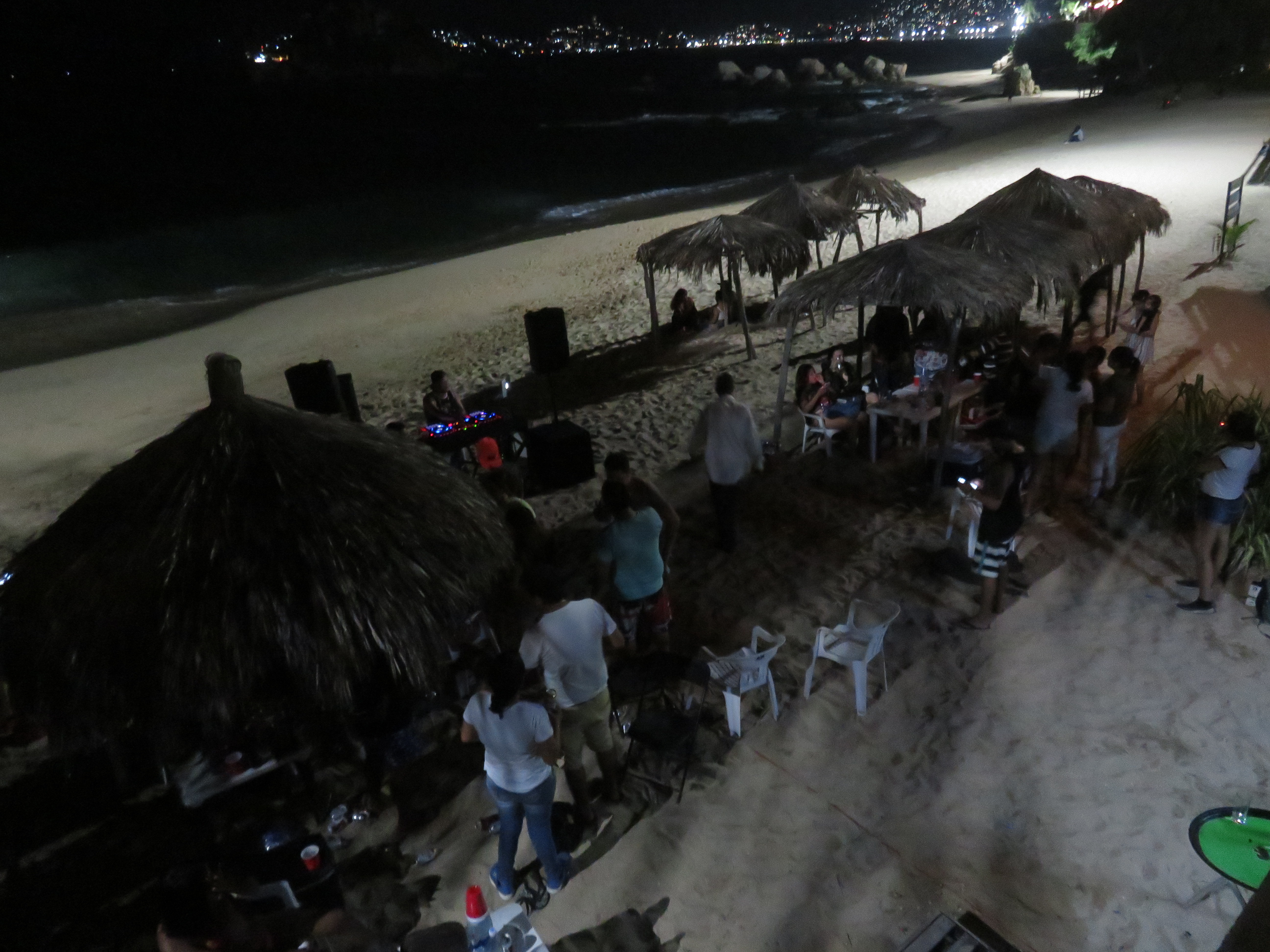 Acapulco hides its charm on humidity-soaked hills with palm trees…the works of Diego Rivera still on the outdoor walls of his now-closed studio…the food stalls open late for the rancheros… the sunset coming so suddenly that all I could do is watch as the palms turn into silhouettes against the sky and finally disappeared as more yachts pulled into harbor and more Victoria beers quenched a never-ending thirst.
Fin. 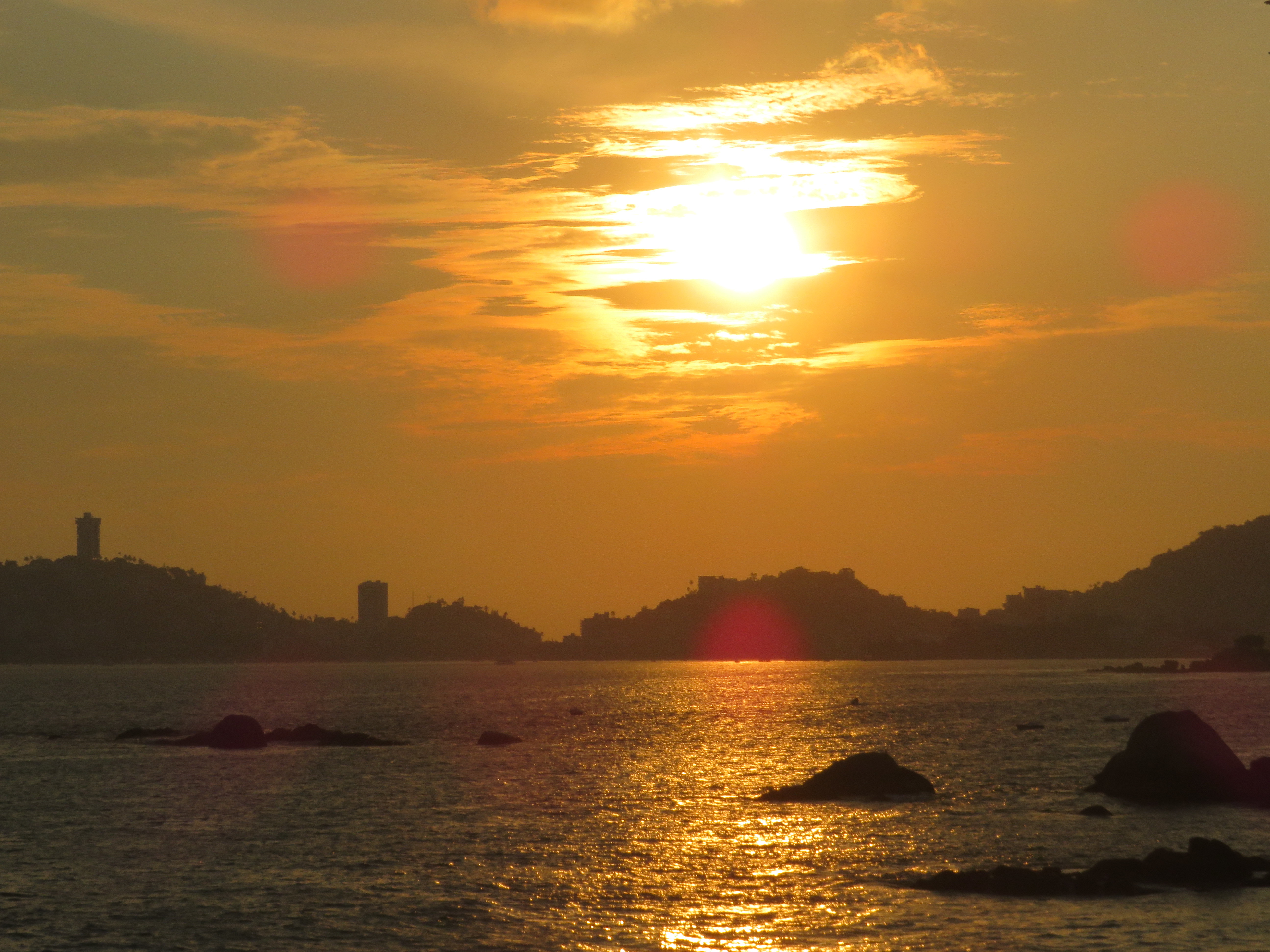 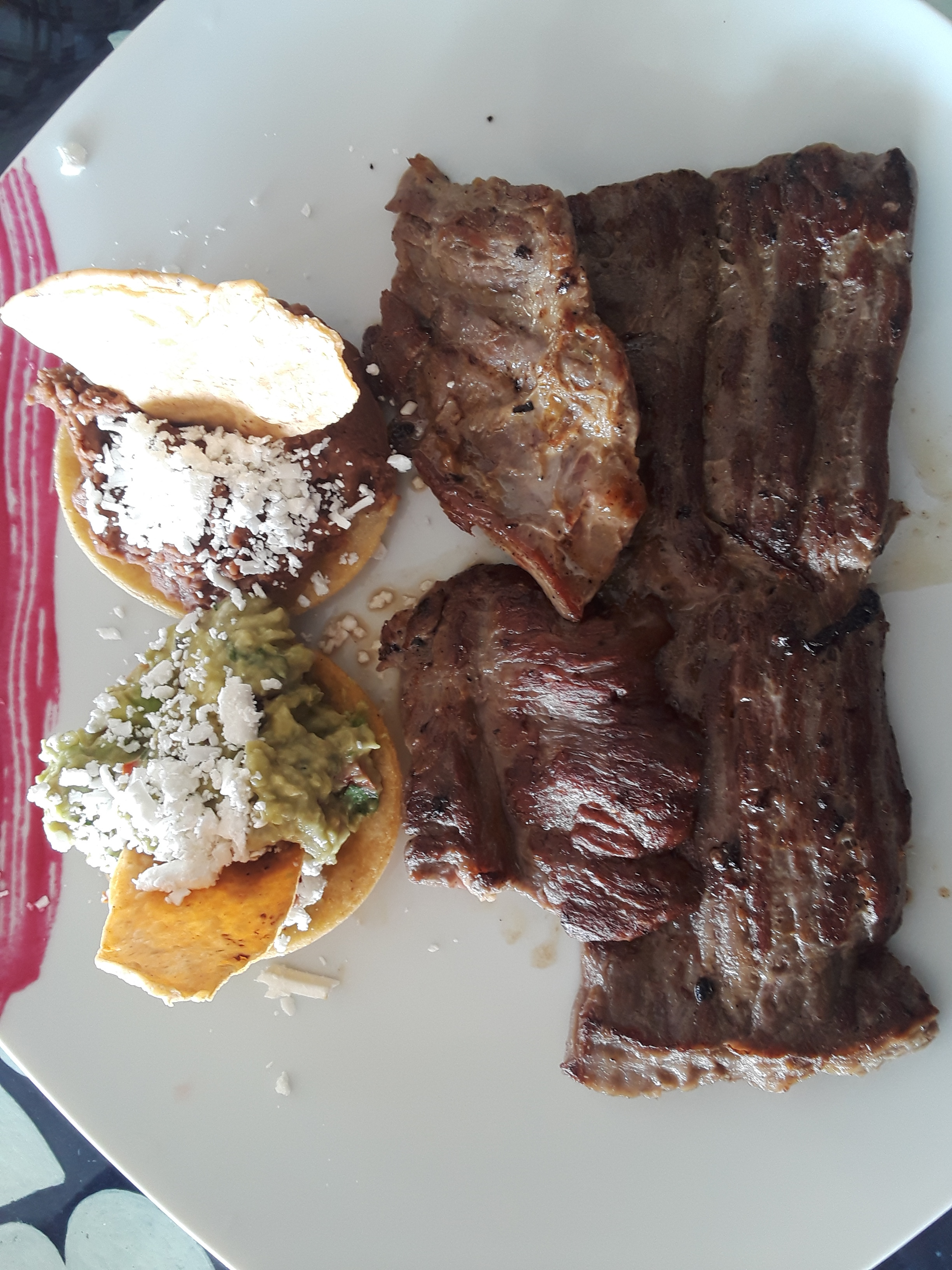 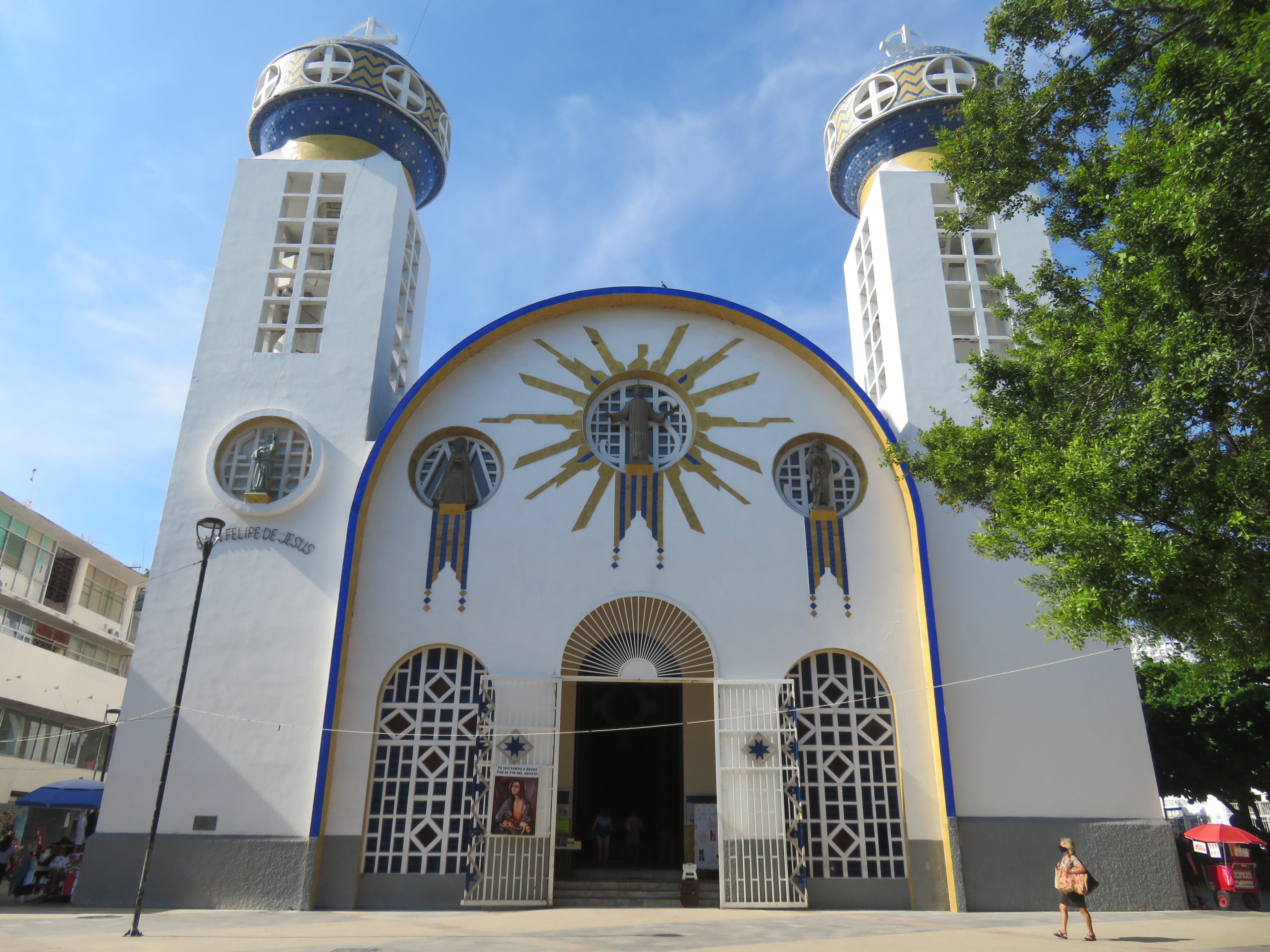 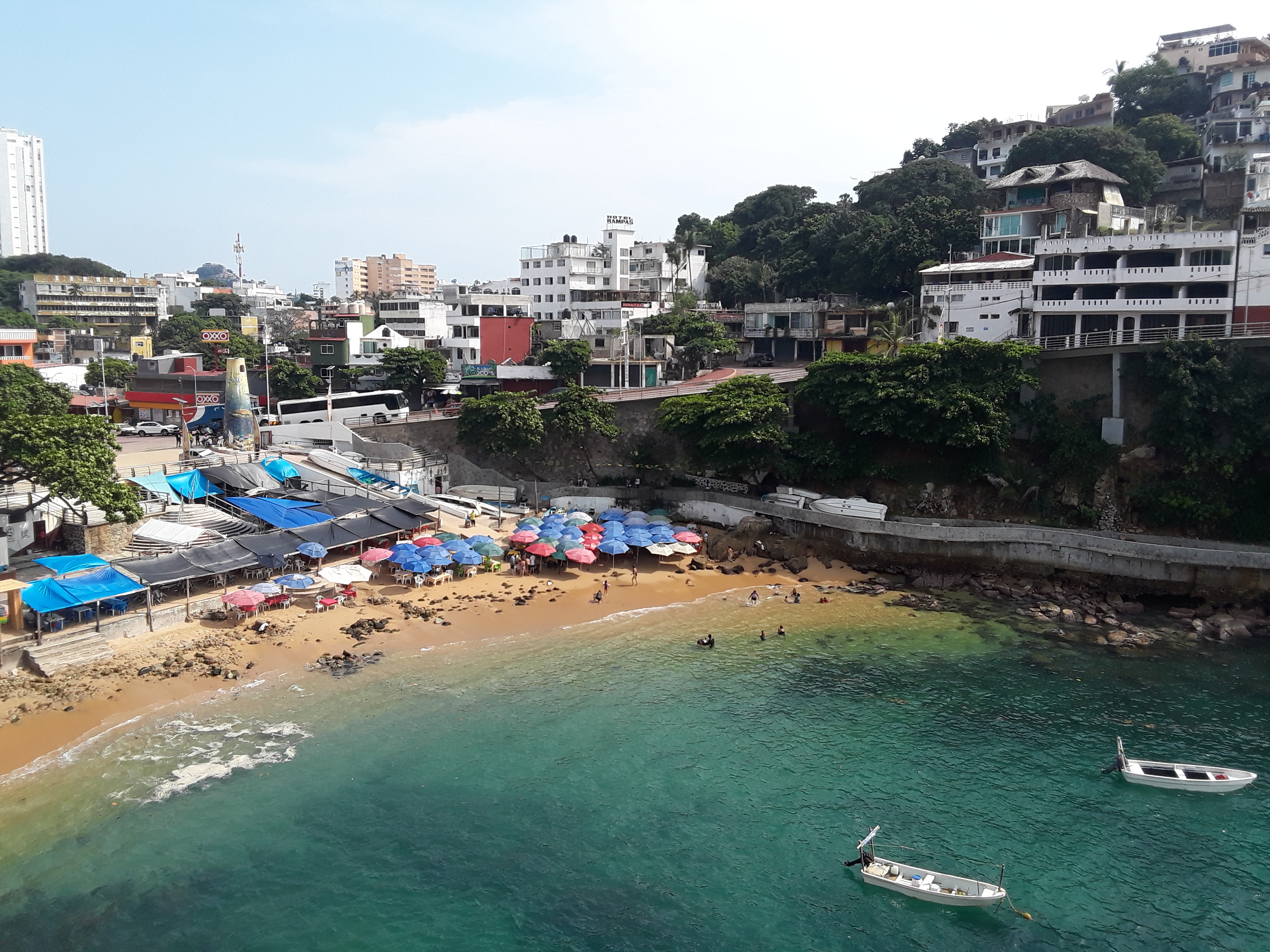 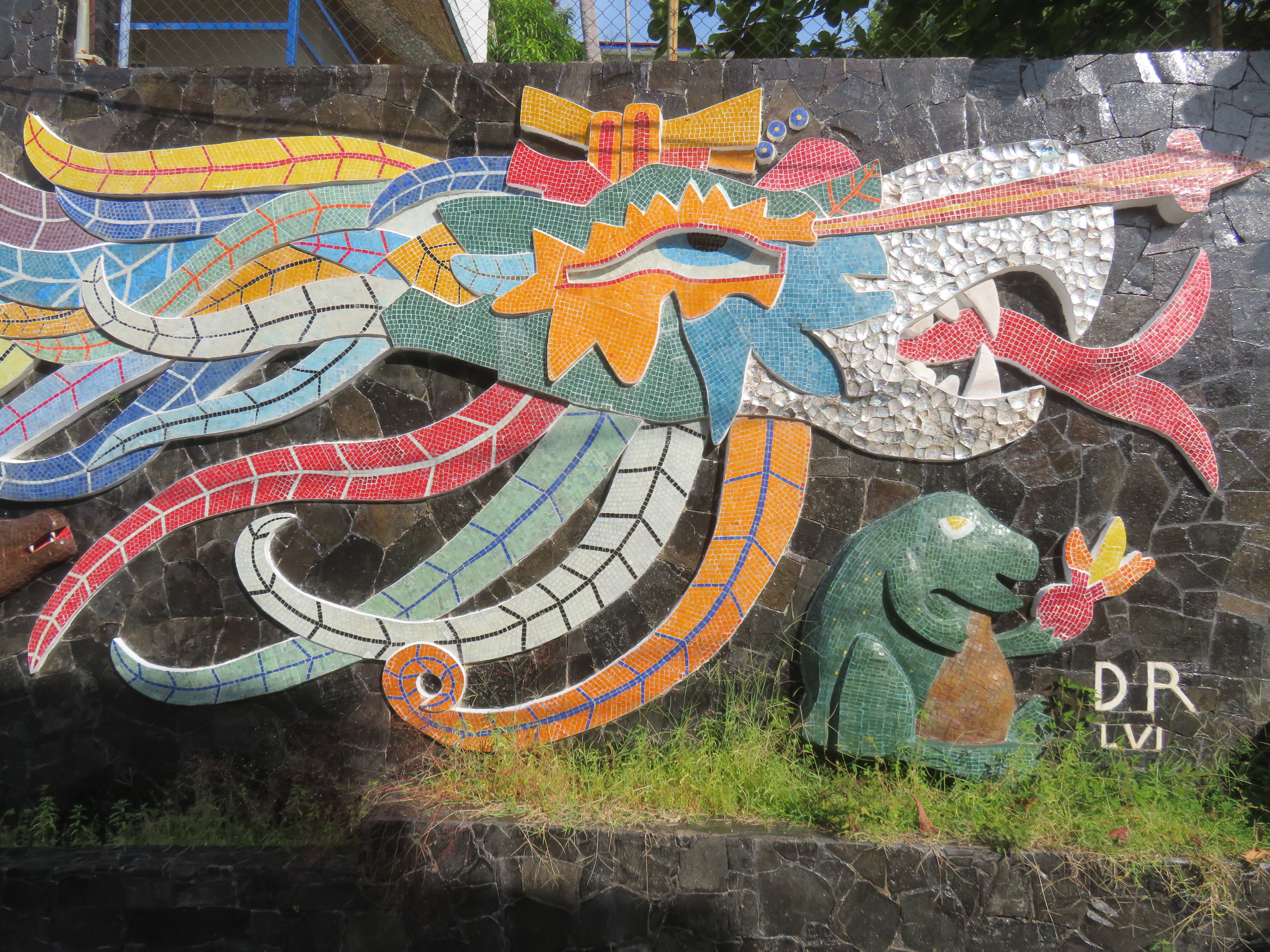 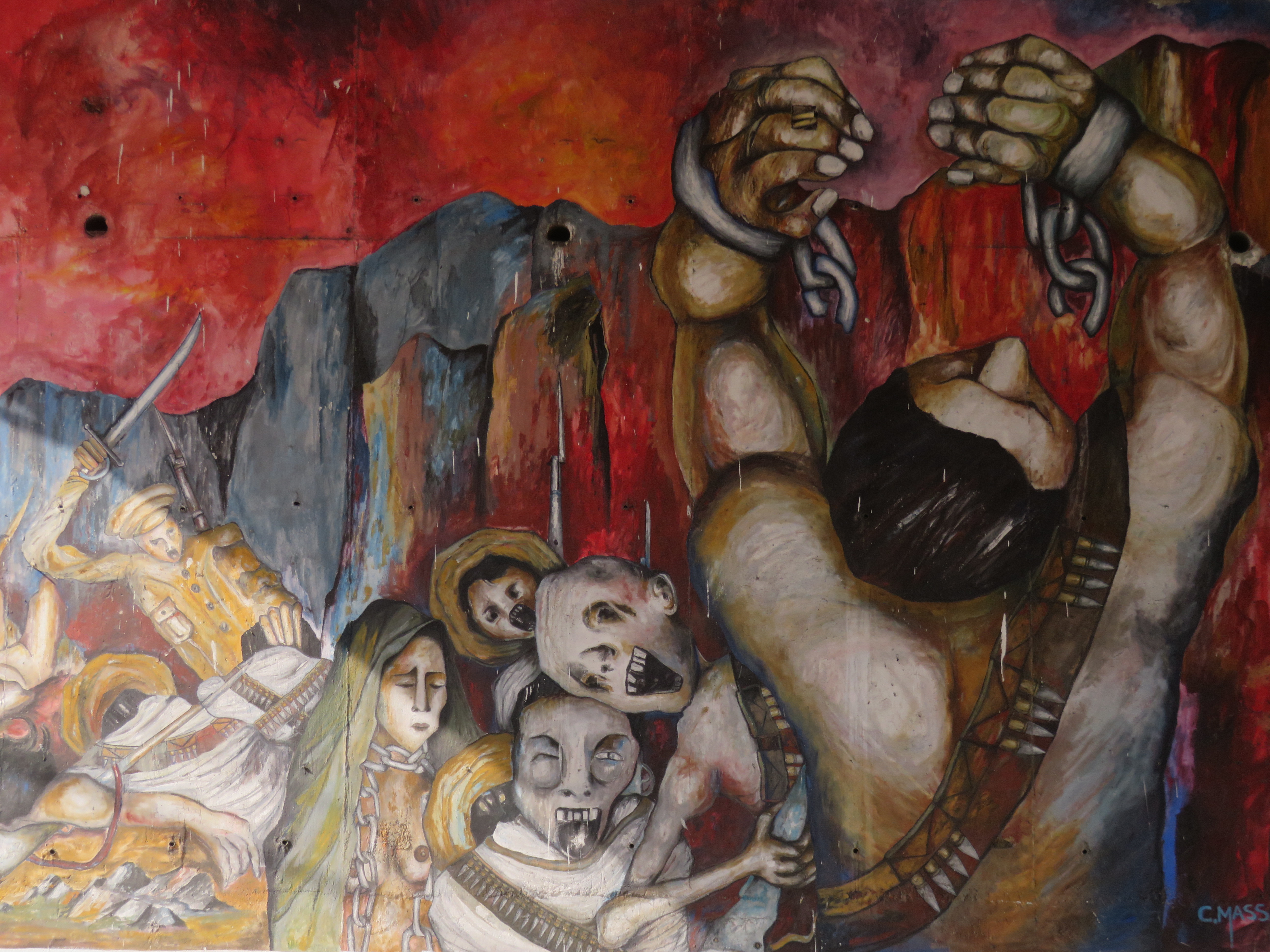 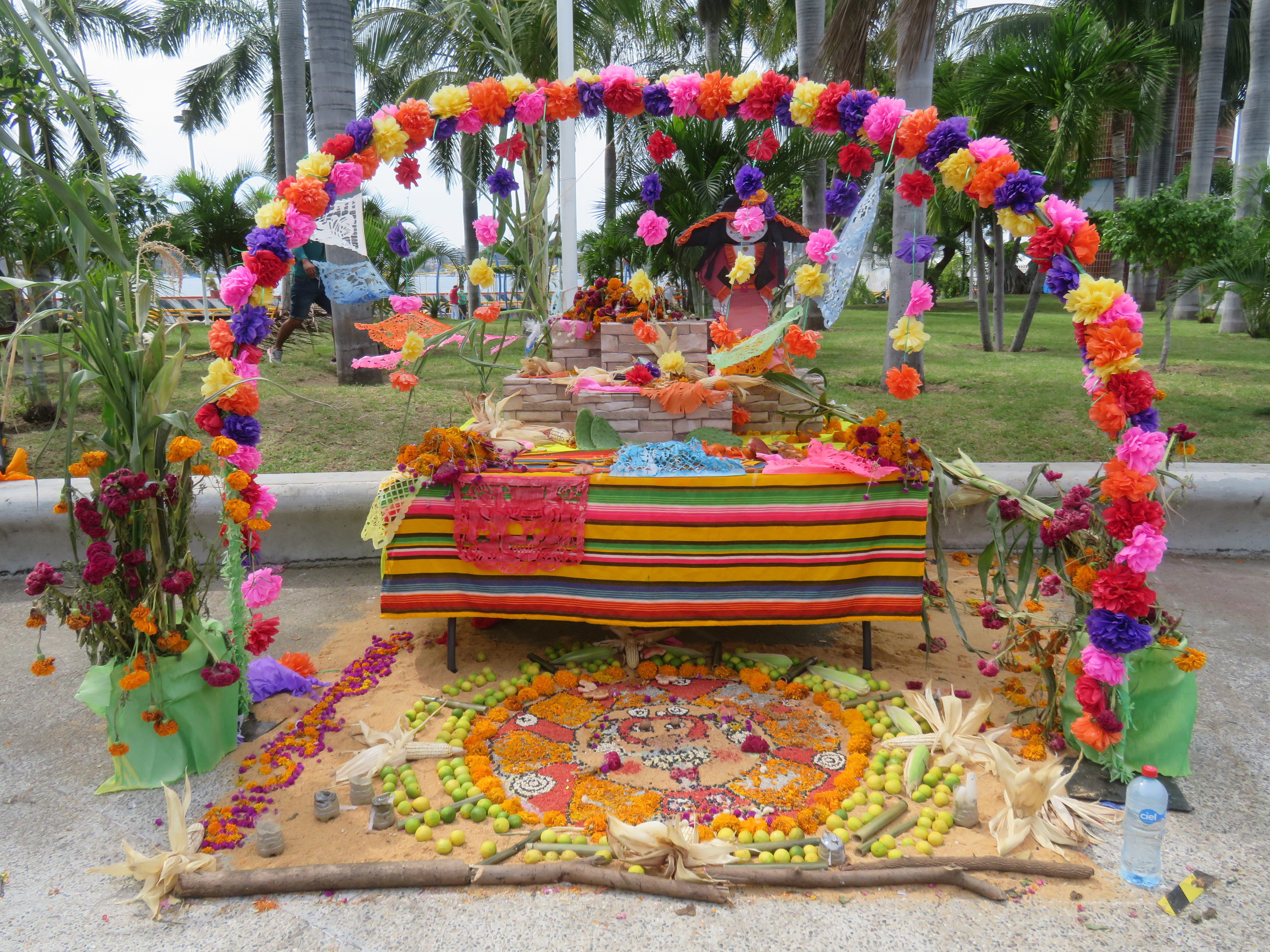 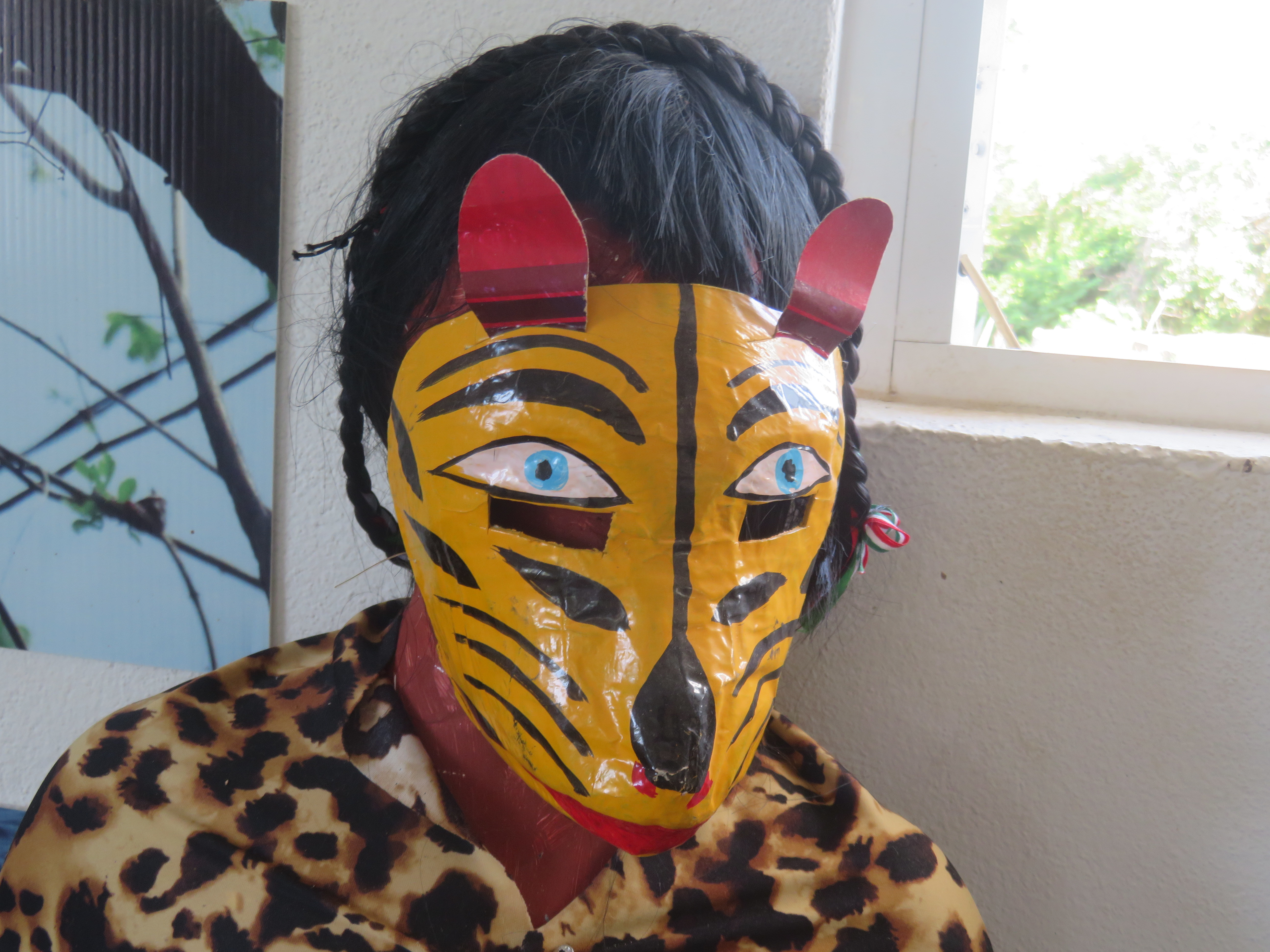